Yale University recently unveiled a platform called Photogrammar, which hosts 170,000 images taken from 1935 to 1945 — which spans parts of the Great Depression — by the United States Farm Security Administration and Office of War Information. There are more than 1,600 that feature the city of Baltimore during this time, and The Sun has identified more than a dozen “themes” from these images that we will roll out in The Darkroom in the coming weeks and months.

A majority of the photos from Baltimore focus on its industry at the time, but there were many that captured everyday life. And as the producer of The Darkroom’s ongoing series on Baltimore street photographers, I thought it a perfect fit to start with these photos. Photographers John Vachon, Marjory Collins, Sheldon Dick, Arthur Rothstein and Arthur S. Siegel were some of the photographers assigned to Baltimore. Captions in quotes are the original text provided for that photo. 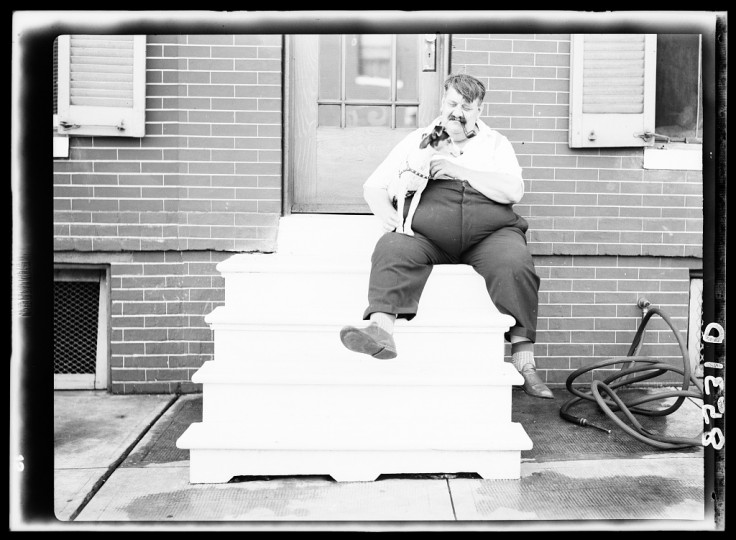 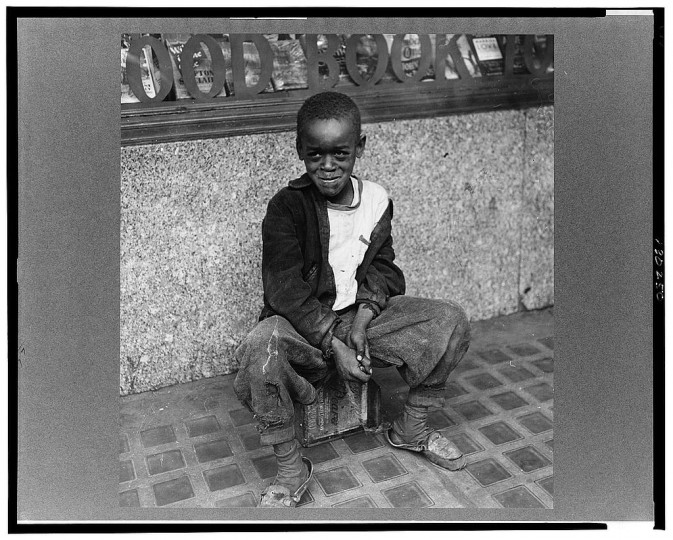 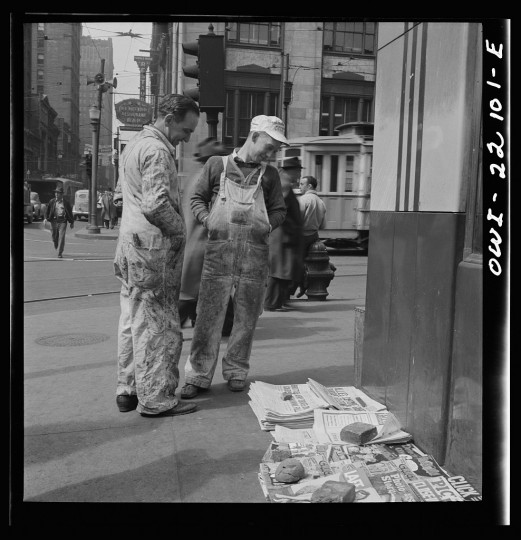 “Workers reading the newsstand papers while waiting for a trolley after work.” Marjory Collins, April 1943 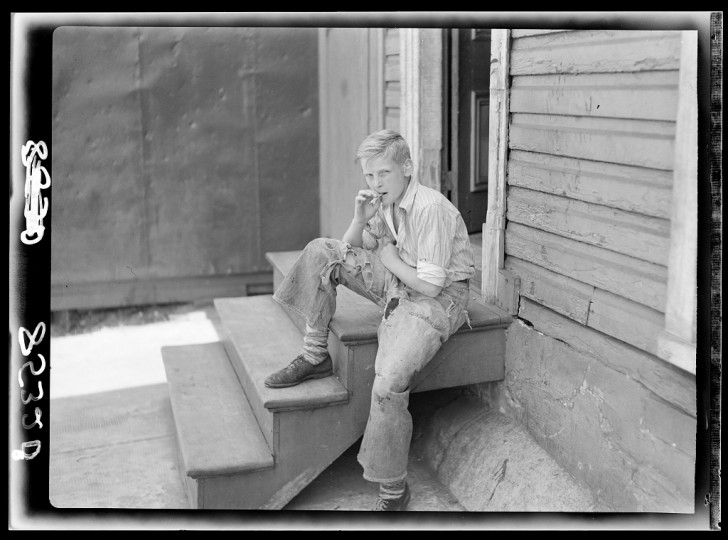 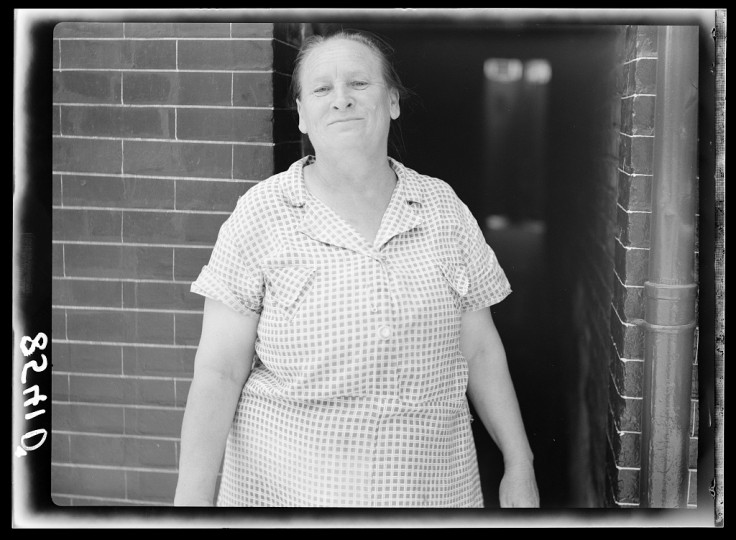 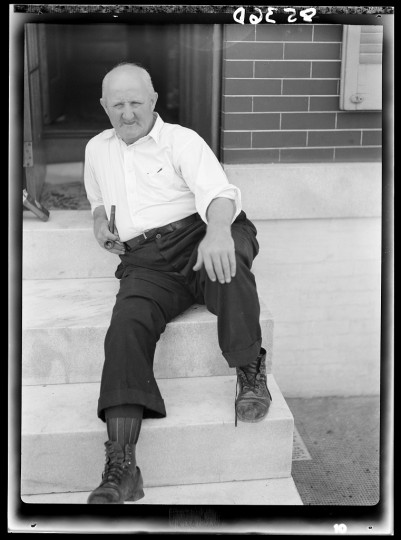 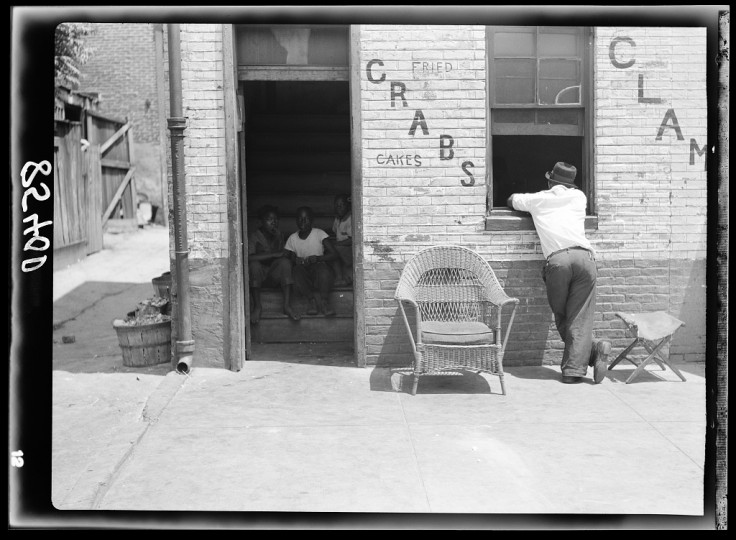 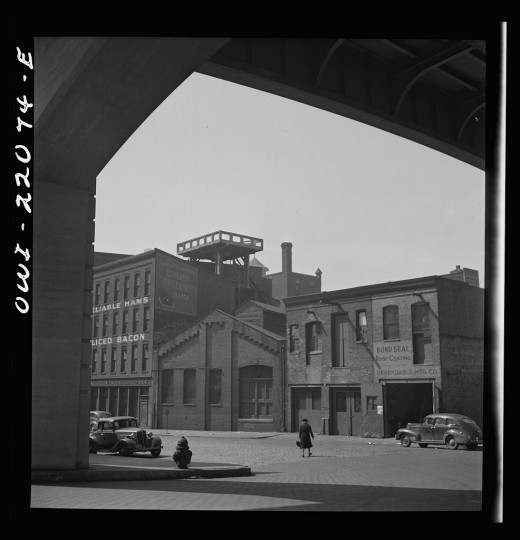 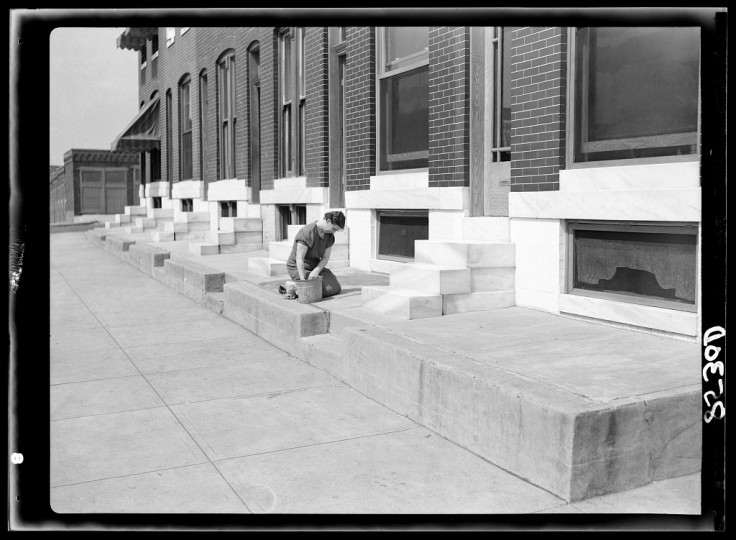 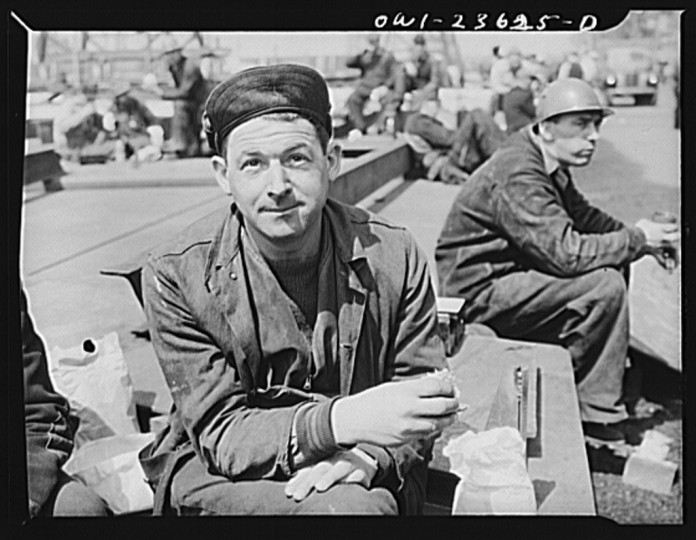 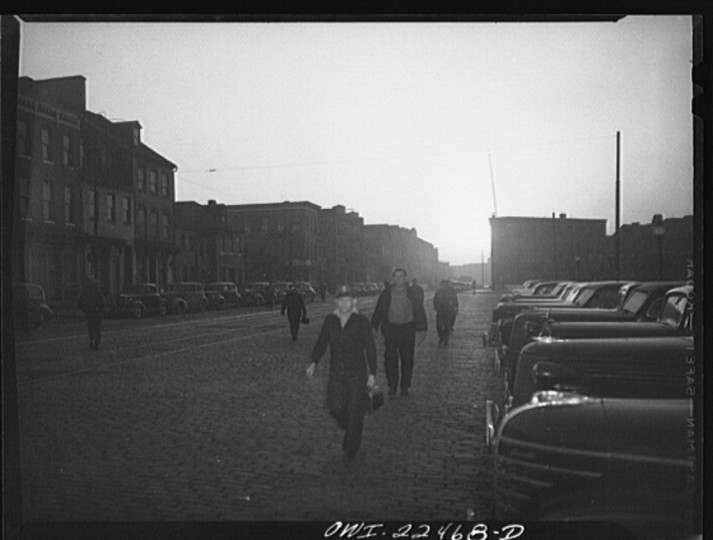 “Employees of the Bethlehem Fairfield shipyard hurrying to catch the six a.m. ferry across Curtis Bay to work. The street is lined with their parked cars.” Marjory Collins, April 1943 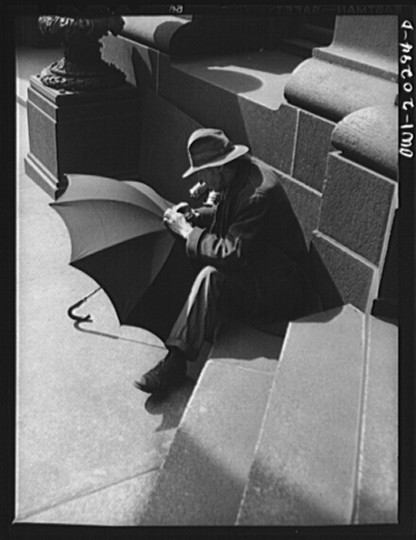 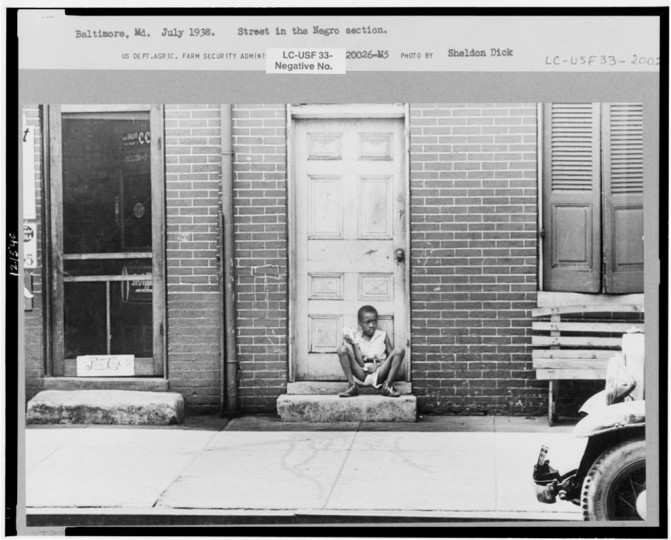 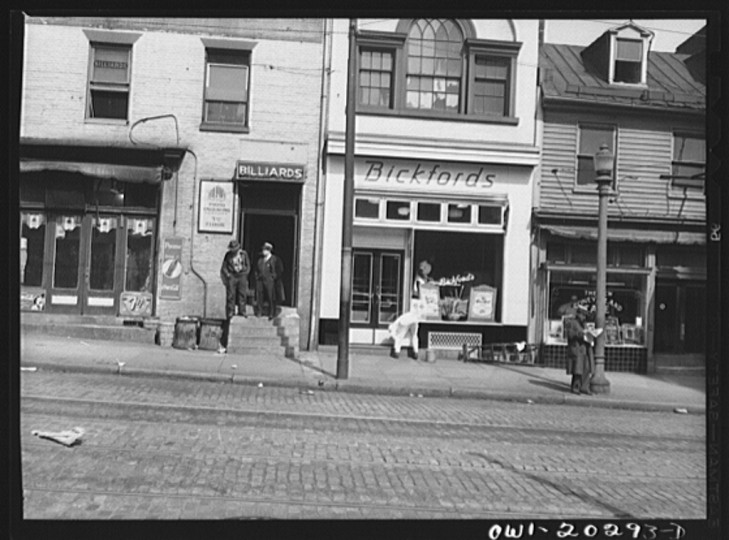 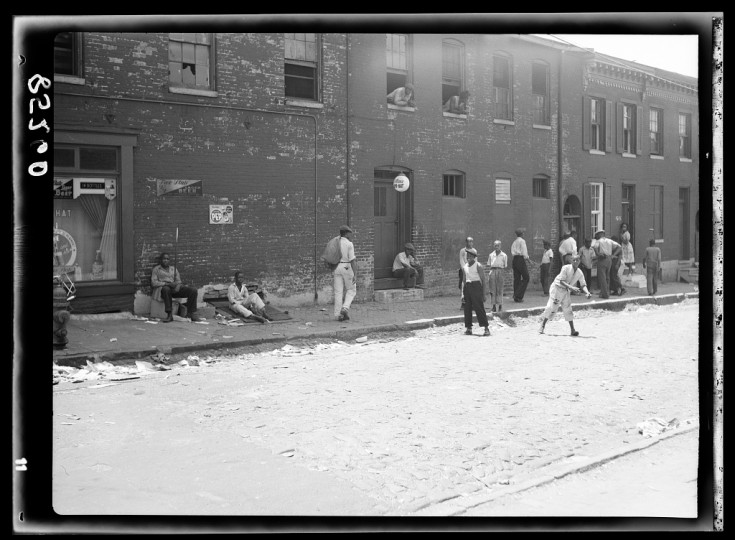 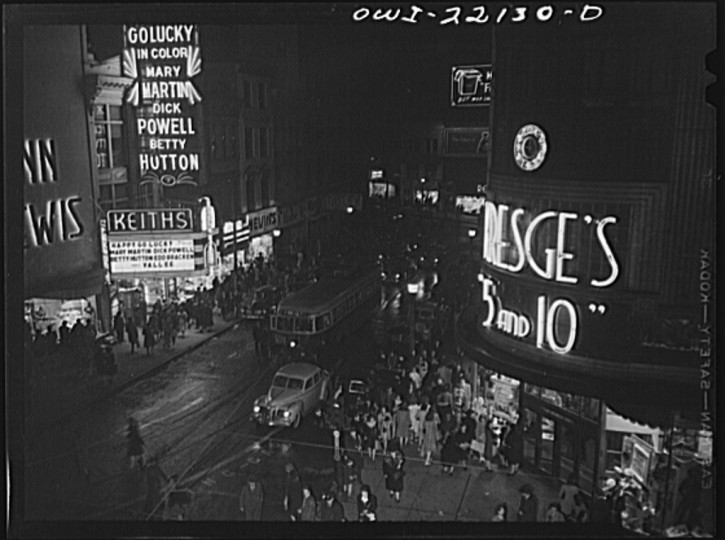 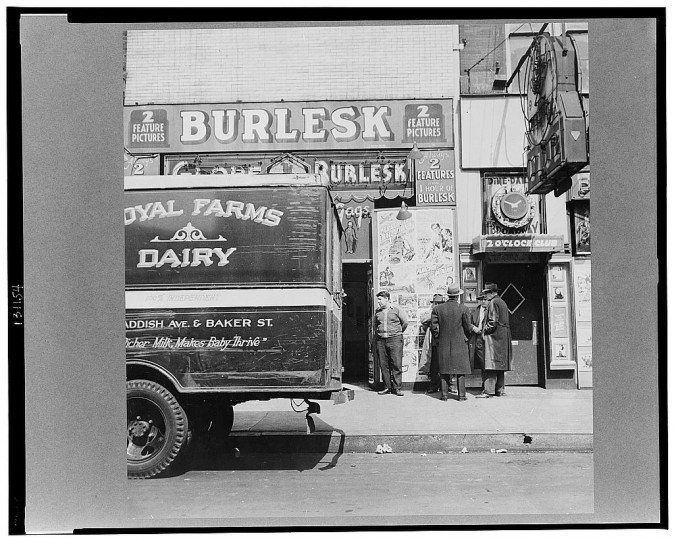 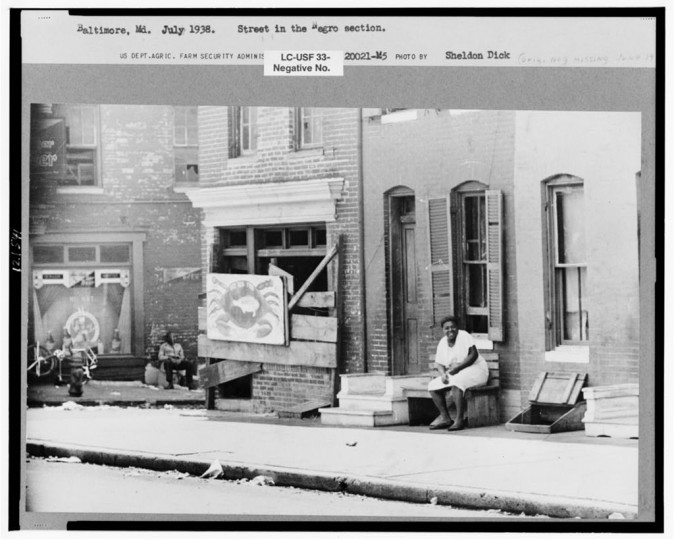 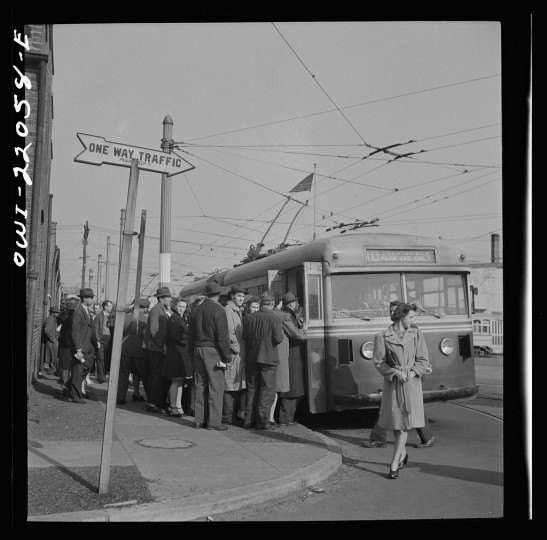 “Workers boarding a trackless trolley at four p.m. Trackless trolleys are more economical than buses to run because they require no gas; but do use tires. They are run by electric power in wires above the street and can be manipulated from one side of the street to the other.” Marjory Collins, April 1943 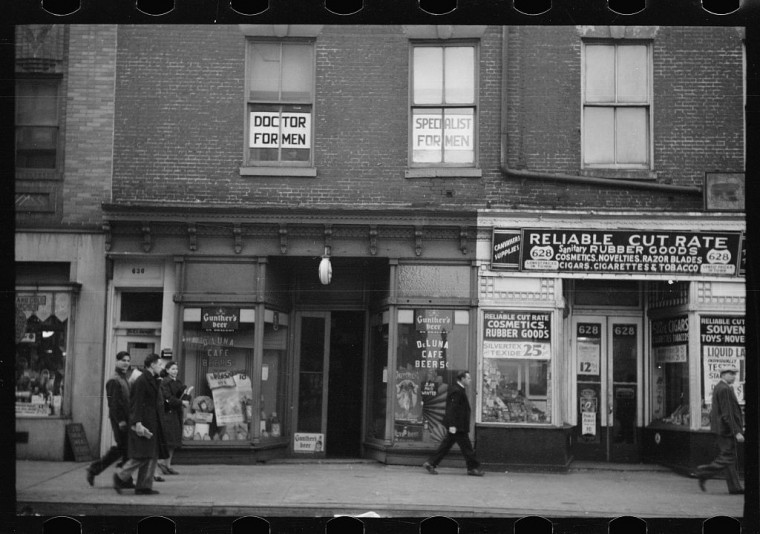 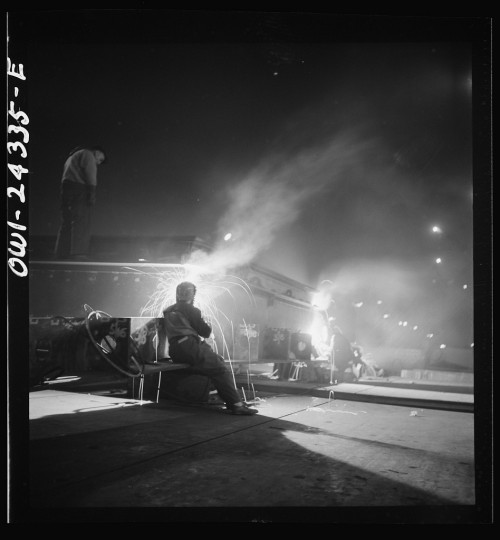 “Third shift workers waiting on street corner to be picked up by shared cars around midnight.” Marjory Collins, April, 1943 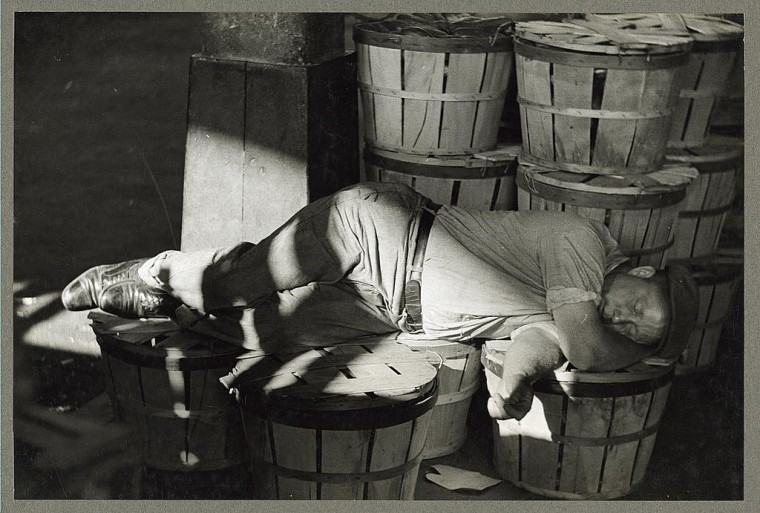