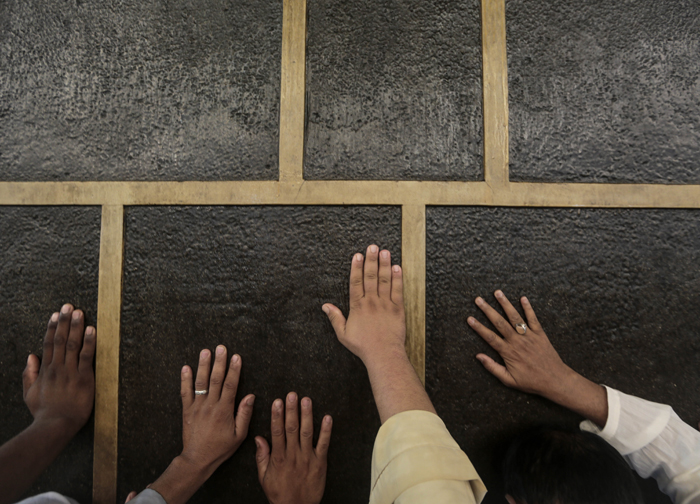 In this Monday photo, Muslim pilgrims pray while touching the Kaaba, the cubic building at the Grand Mosque in the Muslim holy city of Mecca, while performing Tawaf, an anti-clockwise movement around the Kaaba and one of the main rites of the hajj, in Saudi Arabia. In Mecca, the holy site all the world’s Muslims pray toward, the annual hajj pilgrimage began Tuesday with over 2 million faithful gathering to call out in Arabic: “Here I am, God, answering your call. Here I am.” (Mosa’ab Elshamy/AP) 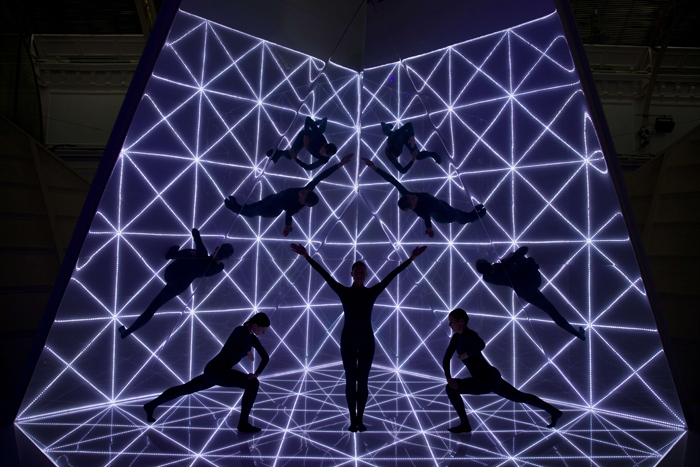 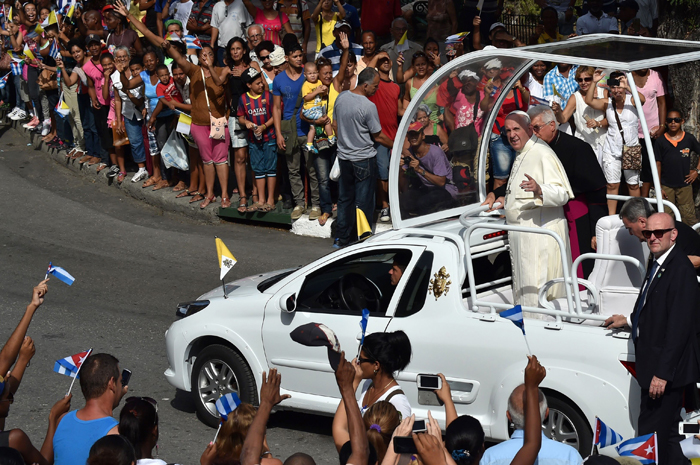 Pope Francis heads to the Cathedral of Our Lady of the Assumption in Santiago de Cuba, in eastern Cuba, to hold an encounter with families and bless the city, on Tuesday. The pope was to conclude his trip to Cuba with a mass and a blessing in the country’s second city Santiago, then depart for his first-ever visit to the United States. (RODRIGO ARANGUA/AFP/Getty Images) 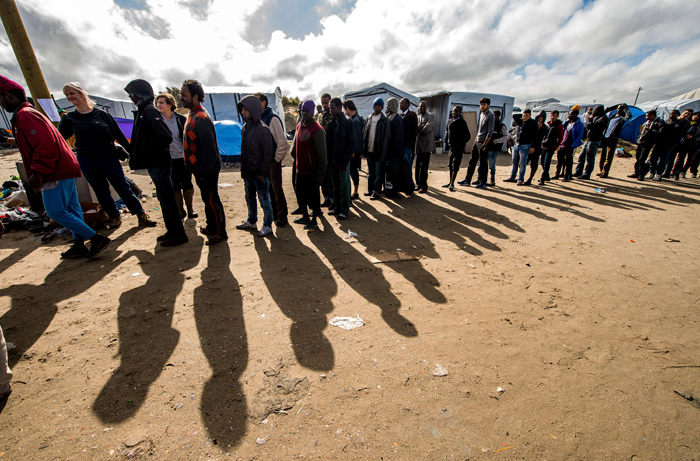 Migrants queue to get food Tuesday at a site in Calais dubbed the “New Jungle”, where some 3,000 people have set up camp. The slum-like migrant camp sprung up after the closure of notorious Red Cross camp Sangatte, which had become overcrowded and prone to violent riots. However migrants and refugees have kept coming and the “New Jungle” has swelled along with the numbers of those making often deadly attempts to smuggle themselves across the Channel. (PHILIPPE HUGUEN/AFP/Getty Images) 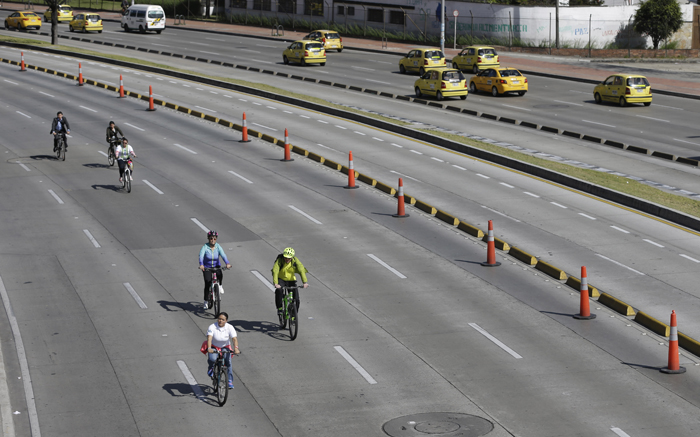 Residents bike to their destinations on Day Without Cars and Motorcycles, in Bogota, Colombia, on Tuesday. Thousands of residents were forced to leave their cars at home and ride their bicycles, or use public transport services during the third Car Free Day of the year, led by the city’s mayor. (Fernando Vergara/AP) 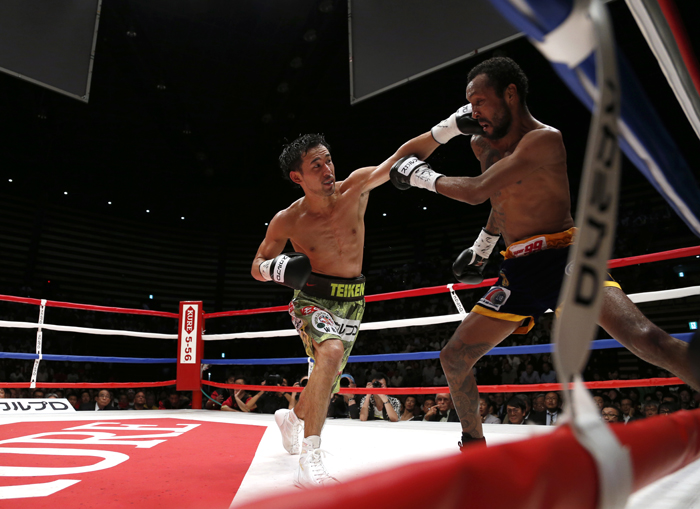 Japanese champion Shinsuke Yamanaka, left, sends a left to Panama’s challenger Anselmo Moreno in the 12th round of their WBC bantamweight boxing title match in Tokyo on Tuesday. Yamanaka defended his title by a 2-1 decision. (Toru Takahashi/AP) 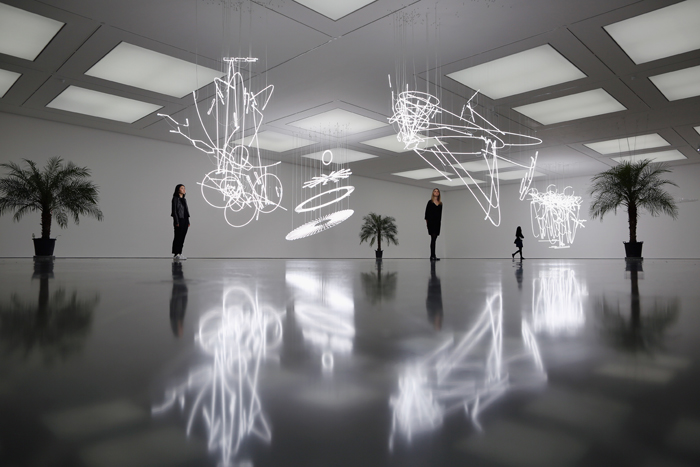 Gallery staff and visitors walk around pieces of work entitled “Neon Forms (after Noh I,II and II)” by Welsh Artist Cerith Wyn Evans during a press preview at the White Cube Gallery in Bermondsey on Tuesday in London. The works consisting of suspended neon lights filled with illuminating gas will be shown at the gallery until Nov. 15.(Dan Kitwood/Getty Images) 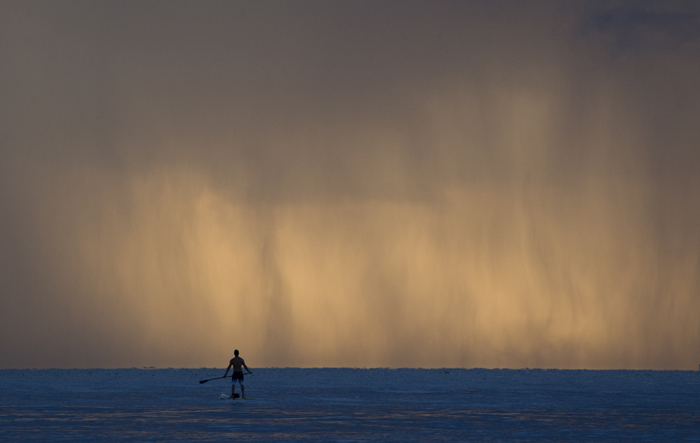 Pablo Dona of Miami pauses while paddleboarding as sheets of rain fall on Tuesday off the shores of Bal Harbour, Fla. (Wilfredo Lee/AP) 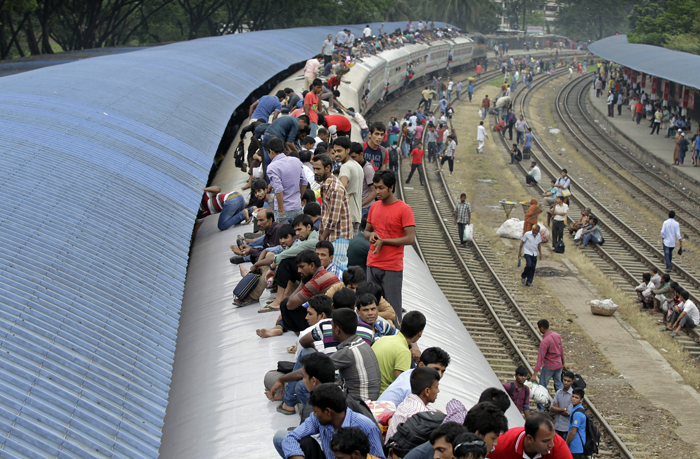 Bangladeshi Muslims sit atop a train as they head back to their homes ahead of Muslim holiday of Eid al-Adha, in Dhaka, Bangladesh, on Tuesday. Eid al-Adha, or the Feast of the Sacrifice, is celebrated to commemorate the prophet Ibrahim’s faith in being willing to sacrifice his son. (A.M. Ahad/AP) 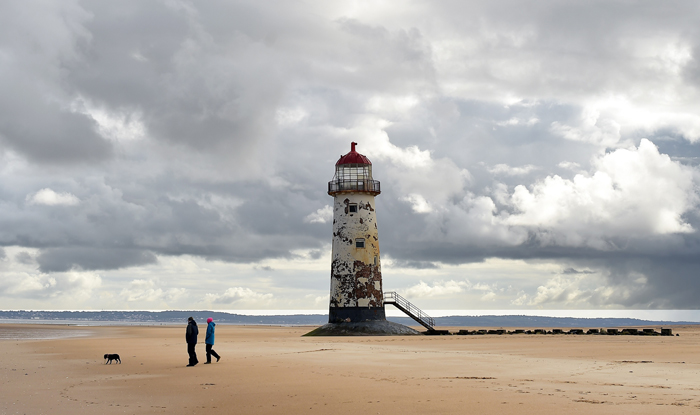 People walk with a dog as they cross the beach near the Point of Ayr Lighthouse in Talacre in north Wales on Tuesday. A lighthouse has stood on the site since 1776, but the current one was discontinued in 1883 after being replaced by a lightship, situated off of the north Wales coast. The lighthouse is the oldest in Wales. (PAUL ELLIS/AFP/Getty Images) 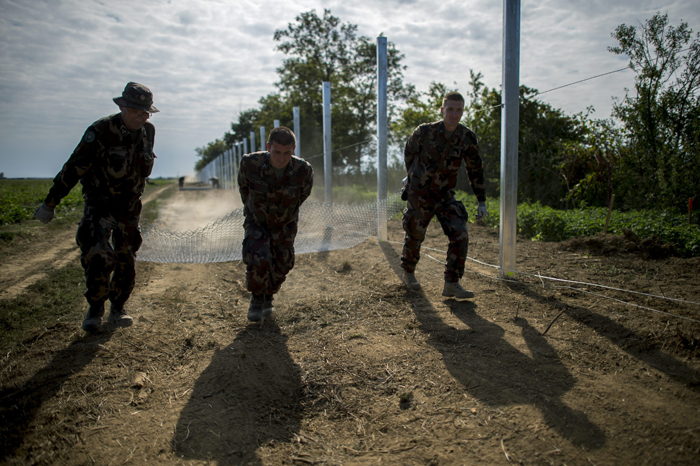 Hungarian soldiers work to construct a temporary fence on the border between Hungary and Croatia to prevent migrants from crossing the border line at Beremend, some 140 miles south of Budapest, Hungary, on Tuesday. (Tamas Soki/MTI via AP) 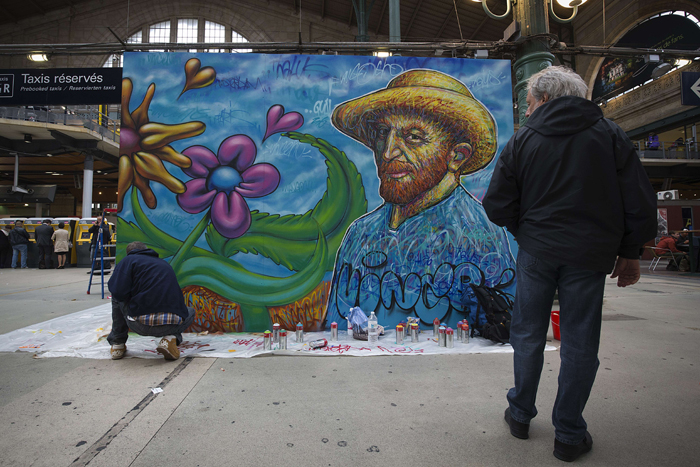 A man stops to observe as French artist Nowart puts the final touches on a mural in tribute to Dutch painter Vincent Van Gogh at the Gare du Nord train station in Paris on Tuesday. (JOEL SAGET/AFP/Getty Images)