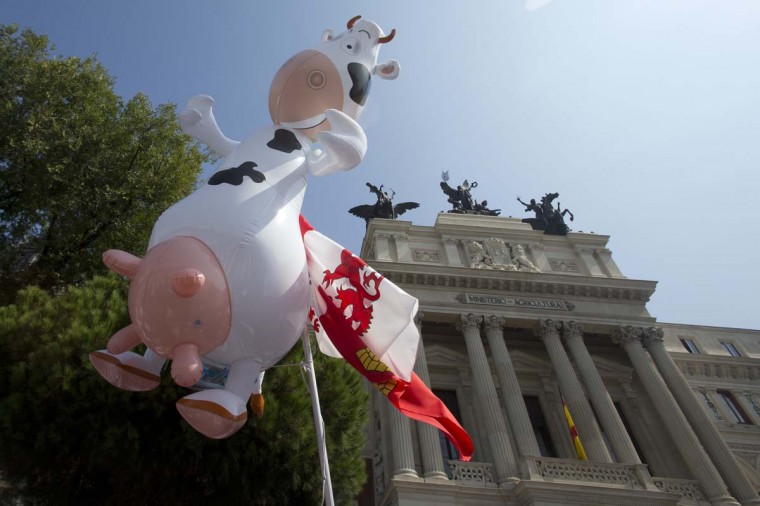 An inflatable cow is held up outside the Agriculture ministry during a protest over falling prices of milk in Madrid, Spain, Friday Sept. 4, 2015. || CREDIT: PAUL WHITE – AP PHOTO 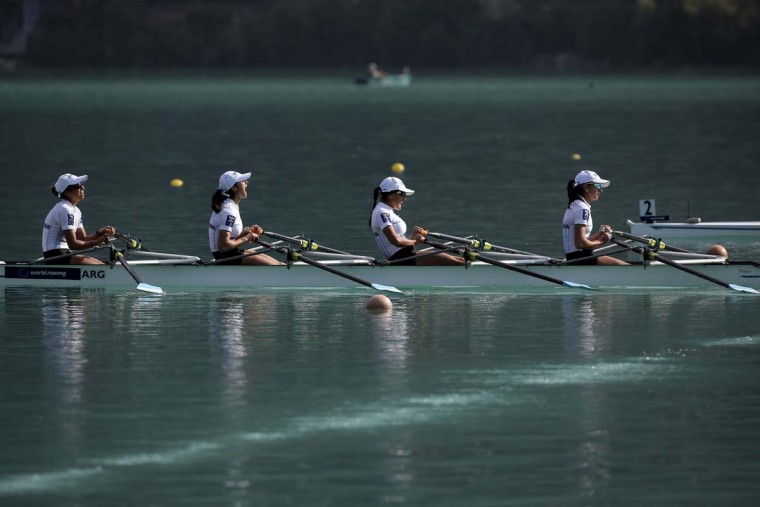 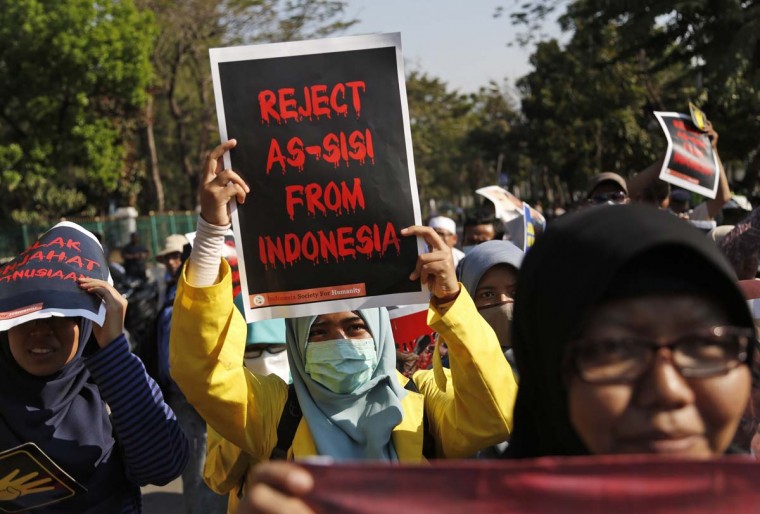 A student holds up a poster during a protest against Egyptian President Abdel-Fattah el-Sisi in Jakarta, Indonesia, Friday, Sept. 4, 2015. Dozens of students staged the protest against el-Sisi, who is currently on a visit in the country, accusing him of committing crimes against humanity. || CREDIT: DITA ALANGKARA – AP PHOTO 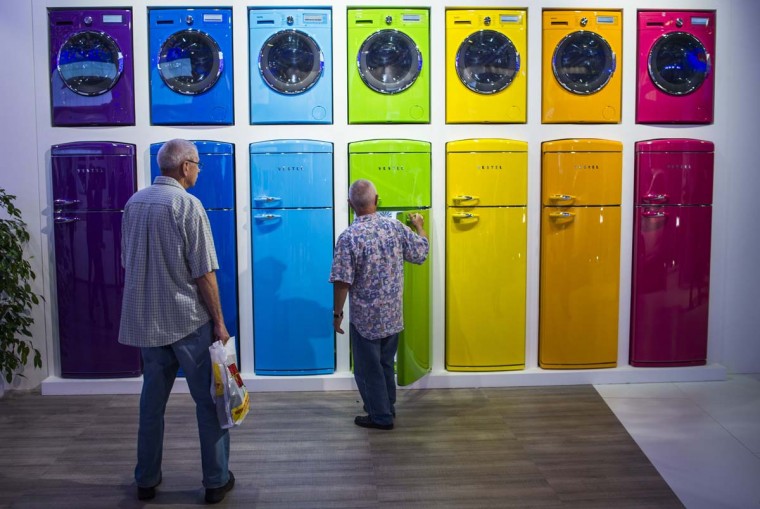 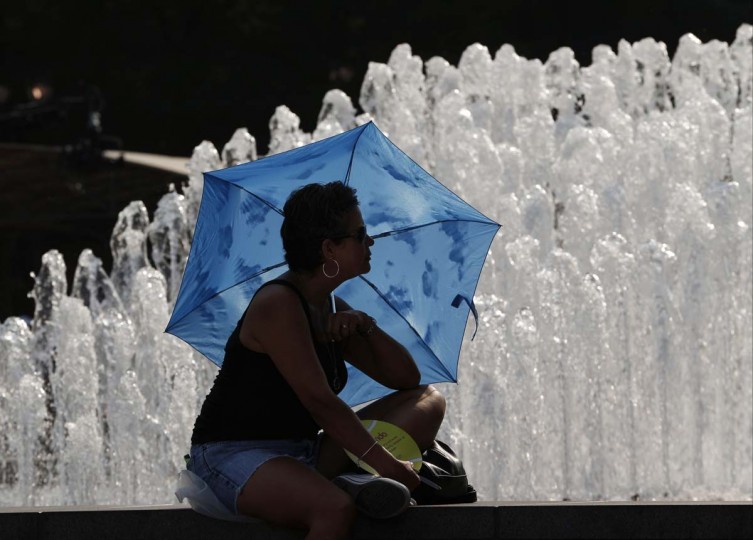 A spectator rests on the fountain outside Arthur Ashe Stadium during the second round of the U.S. Open tennis tournament, Thursday, Sept. 3, 2015, in New York. || CREDIT: JULIO CORTEZ – AP PHOTO 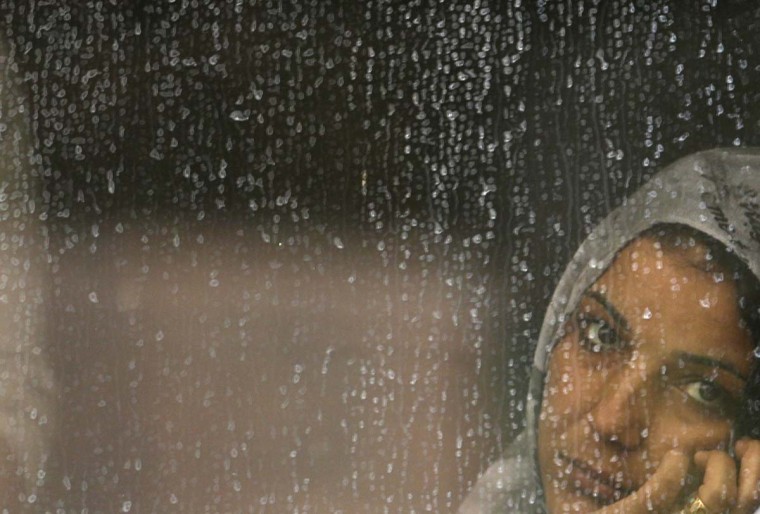 A woman looks out of a train that was stopped in Bicske, Hungary, Friday, Sept. 4, 2015. Over 150,000 peoplel have reached Hungary this year, most coming through the southern border with Serbia. Many apply for asylum but quickly try to leave for richer EU countries. || CREDIT: PETR DAVID JOSEK – AP PHOTO 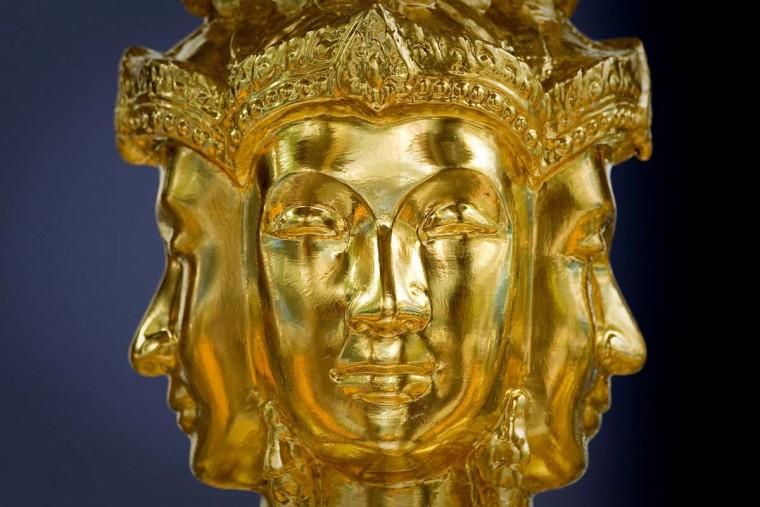 This picture taken on September 4, 2015 shows the Brahma statue after it underwent repairs and restoration following a bomb blast at the Erawan shrine, the popular tourist site where 20 people were killed on August 17, in central Bangkok. The hunt for a group behind the Bangkok bombing focused on an emerging link with Turkey as Thai police issued an arrest warrant for a Turkish national for possessing “war materials”. || CREDIT: NICOLAS ASFOURI – AFP/GETTY IMAGES 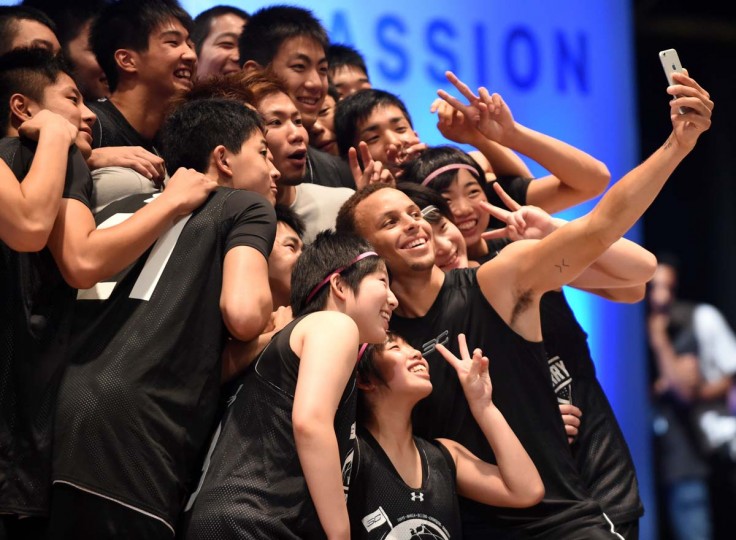 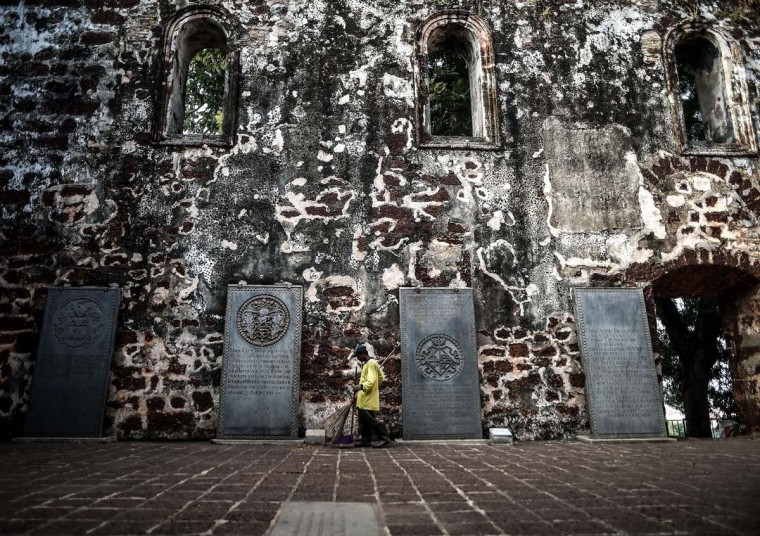 In this picture taken on September 3, 2015 a cleaner sweeps the courtyard of the 16th century St Pauls church in Malaysia’s historical city of Malacca. The Portuguese were the first to arrive in the historical port city of Malacca in the 15th century and ruled for 130 years, before the Dutch captured it in 1641. After almost 183 years they gave it up to the next colonial rulers, Britain. Malacca was declared a UNESCO world heritage city in 2008. || CREDIT: MANAN VATSYAYANA – AFP/GETTY IMAGES 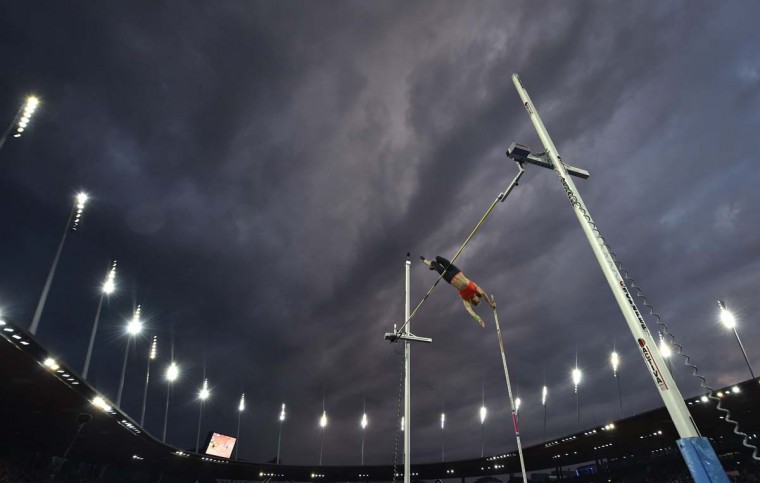 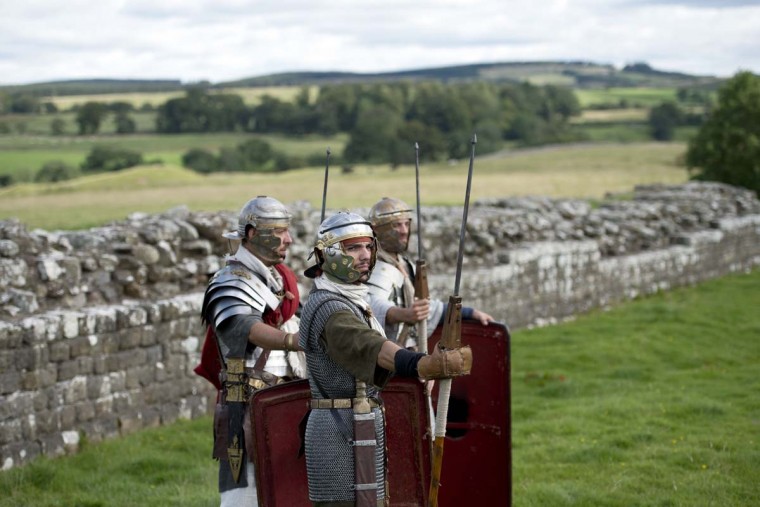 Reenactors portraying soldiers from the Imperial Roman Army pose for a photograph to promote English Heritage’s history weekend, “Hadrians Wall Live”, at Birdoswald Roman Fort near Gilsland, northern England on September 4, 2015. The “Hadrian’s Wall Live” event, due to take place on September 5 and 6, will feature Roman history reenactments taking place at various points along the length of the World Heritage Site fortification, including a battle between the Barbarian and Roman Soldiers of 143 AD. || CREDIT: OLI SCARFF – AFP/GETTY IMAGES 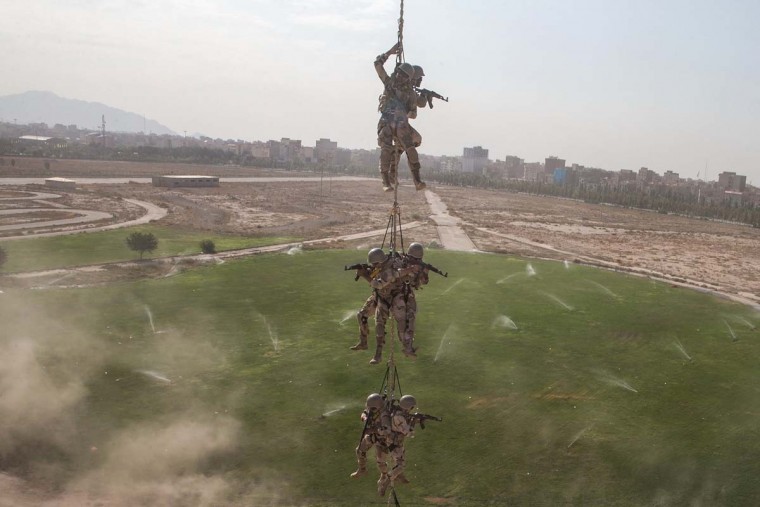 Iranian members of the Basij militia take part in a training during a two-day exercise show in the capital Tehran on September 3, 2015. Some 50,000 members of the Basij militia, which played a key role in crushing opposition protests in 2009, were taking part in the drill, which was intended to “prove the security forces’ ability to safeguard national security,” according to the Basij spokesman General Nasser Shabani. AFP PHOTO / TASNIM NEWS AGENCY / HOSSEIN ZOHREVANDHossein Zohrevand/AFP/Getty Images ORG XMIT: 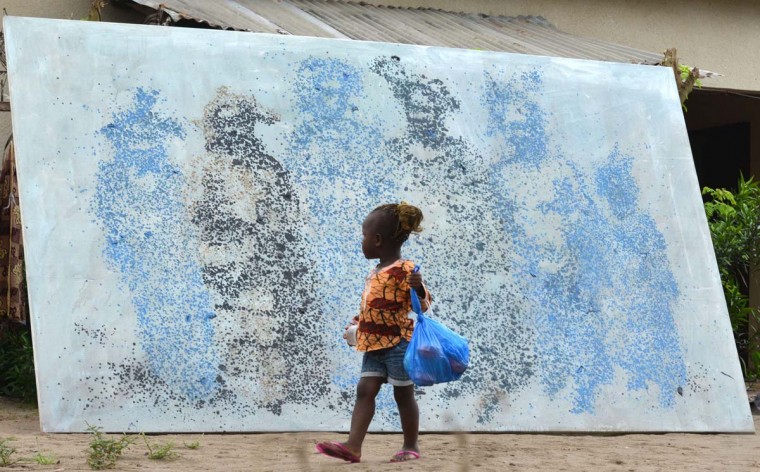 A child walks past a painting by Ivory Coast artist Lanin Saint-Etienne Yeanzi on September 3, 2015 in the Bingerville of Abidjan, made from melted plastic bags. || CREDIT: ISSOUF SANOGO – AFP/GETTY IMAGES 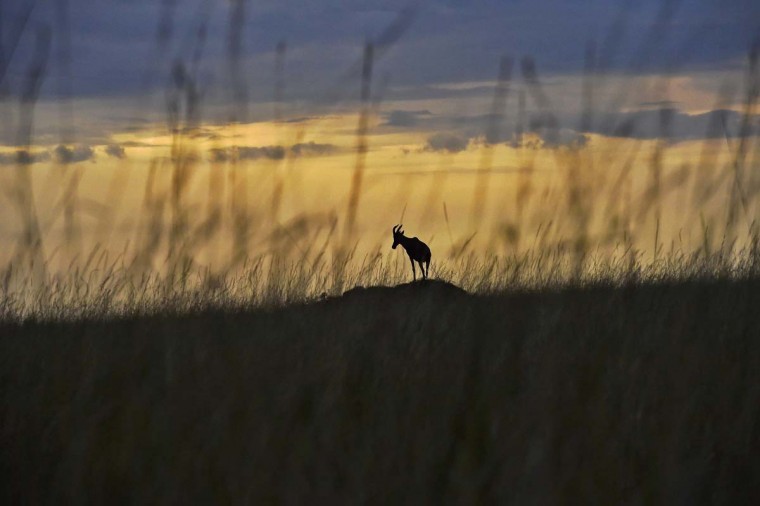 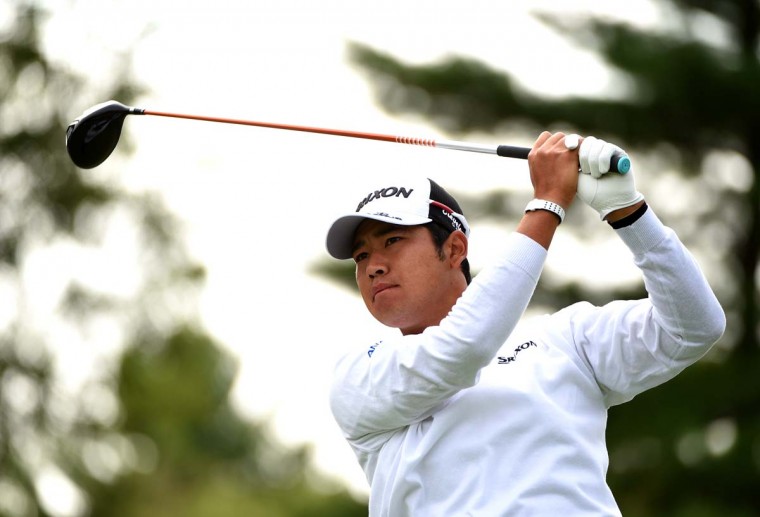 Hideki Matsuyama of Japan watches his tee shot on the tenth tee during round one of the Deutche Bank Championship at TPC Boston on September 4, 2015 in Norton, Massachusetts. (Photo by Ross Kinnaird/Getty Images) 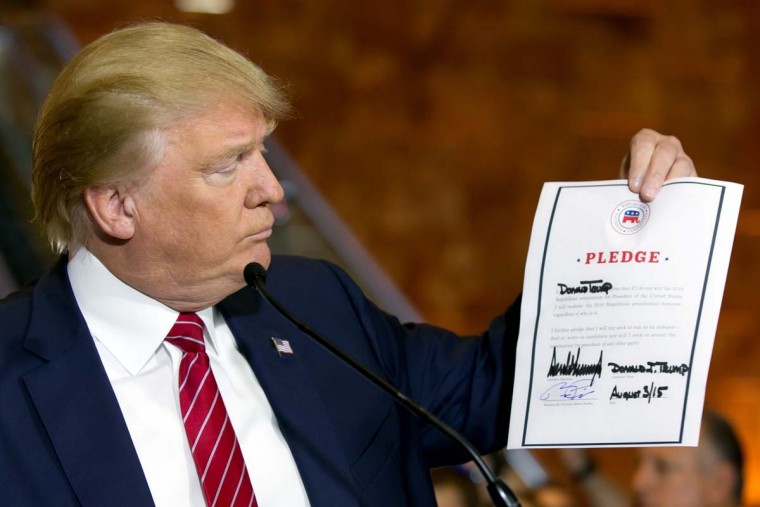 Republican presidential candidate Donald Trump looks at a signed pledge during a news conference in Trump Tower, Thursday, Sept. 3, 2015 in New York. Trump ruled out the prospect of a third-party White House bid and vowed to support the Republican Party’s nominee, whoever it may be. || CREDIT: RICHARD DREW – AP PHOTO 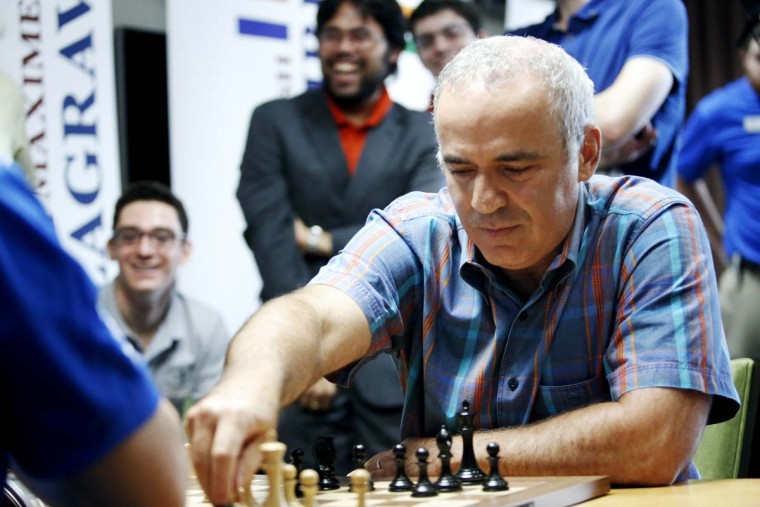