The Baltimore Sun newspaper has a rich history of photojournalism. The Sun has employed a long line of award winning photographers. To pay tribute to these photographers, The Darkroom will periodically take a look back at the body of work by some of these photographers whose love of their craft helped document the lives of people from the backstreets of Baltimore to the four corners of the globe. One of those photographers was Charles Edward Nolan. 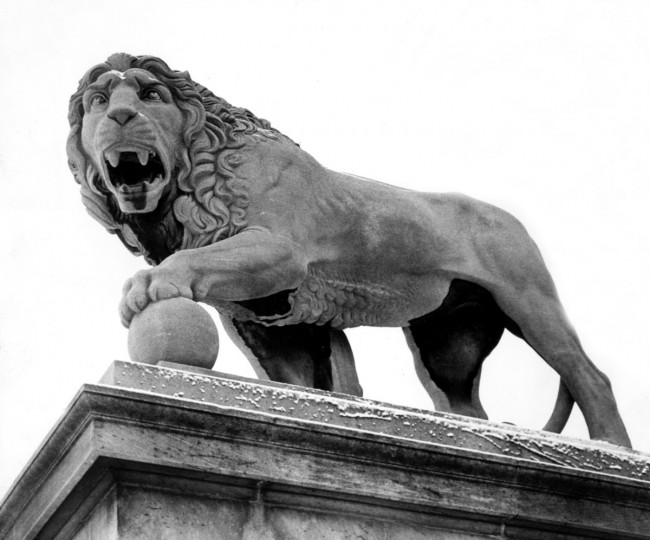 March 8, 1968 – Like the lion at the Baltimore Museum of Art, March roared into Baltimore today. But all the first days of the new month brought with it was a trace of snow. (Edward Nolan/Baltimore Sun) 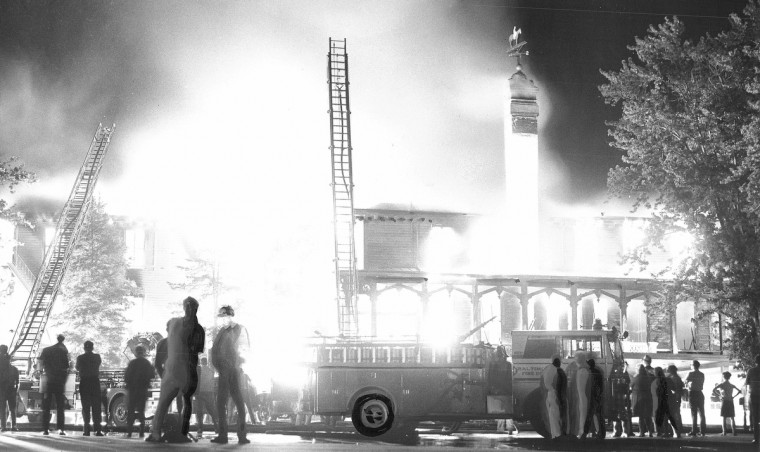 June 17, 1966 – As fire consumed the old Pimlico clubhouse, the weathervane, painted in colors representing this year’s Preakness winner, Kauai King, was still standing. Later the vane was torn down among the ruins of the historic landmark. (Edward Nolan/Baltimore Sun) 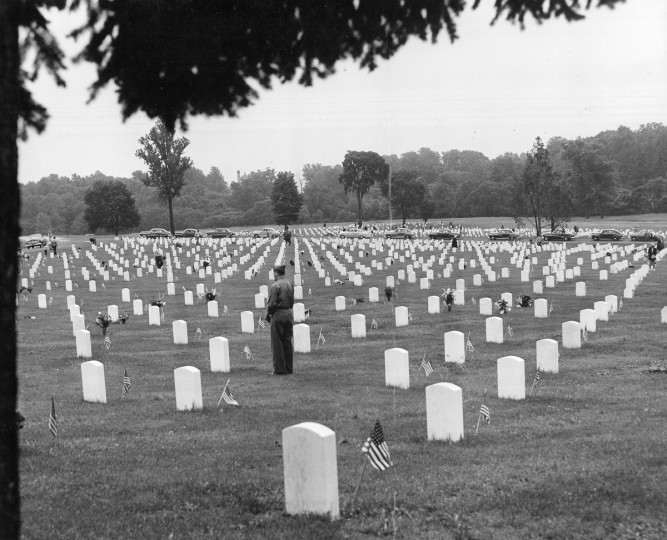 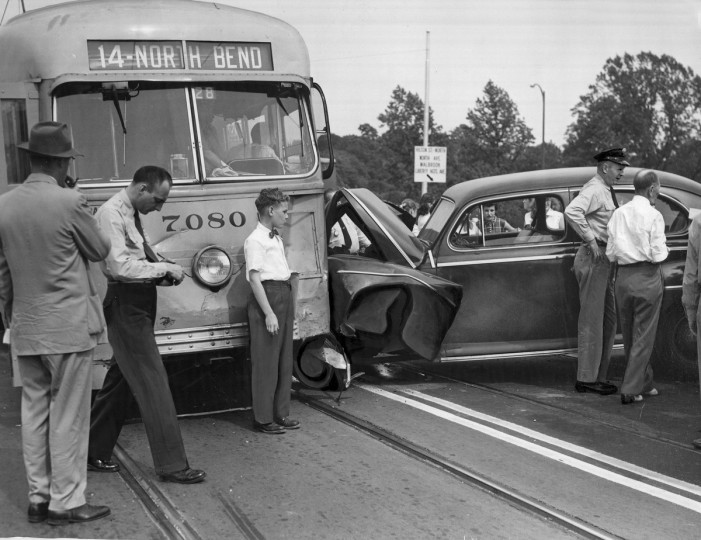 June 5, 1953 – An accident between a streetcar and an automobile near the Edmondson Avenue and Hilton Street underpass. (Edward Nolan/Baltimore Sun) 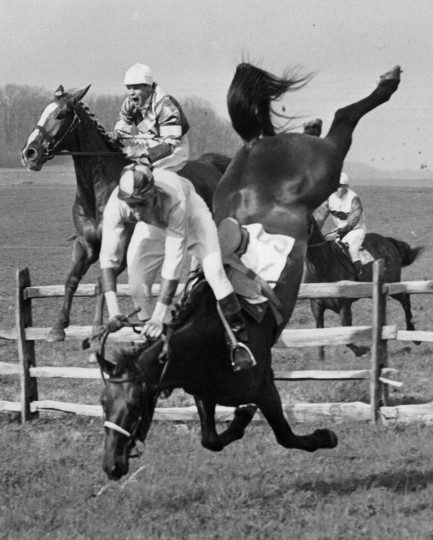 April 20, 1947 – Michael Smithwick is about to plunge off Roxspur at the fourteenth jump in the Grand National. (Edward Nolan/Baltimore Sun) 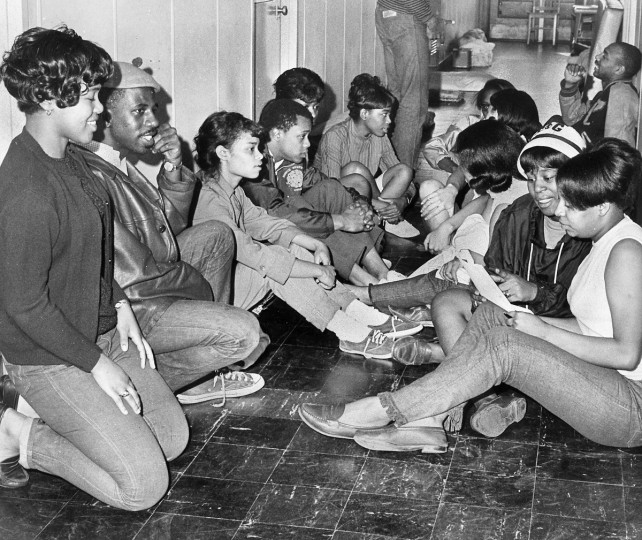 March 30, 1968 – Bowie State College students line the halls of the campus administration building as part of their protest against the condition of the college facilities and low state aid. Some 400 of the 592 students were involved in demonstrations. (Edward Nolan/Baltimore Sun) 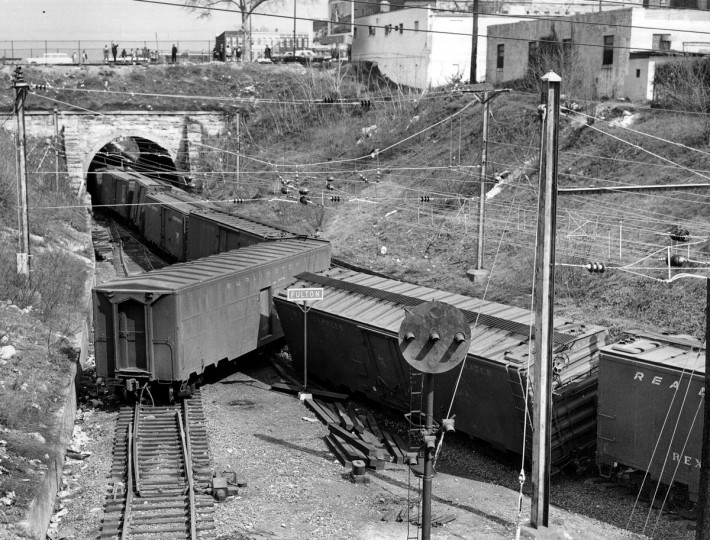 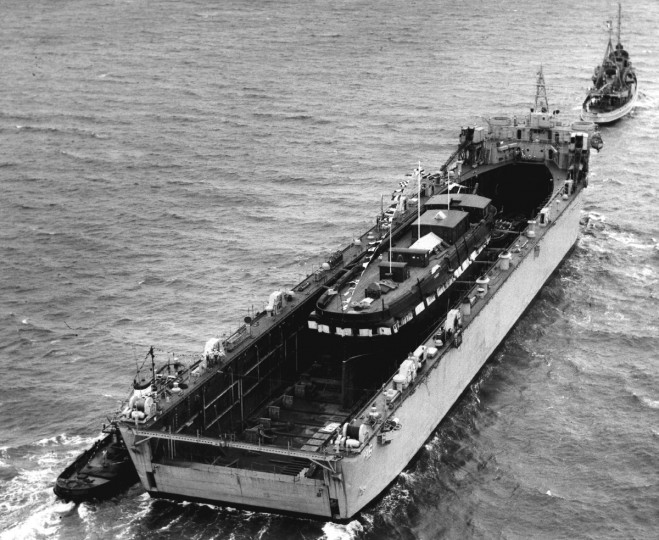 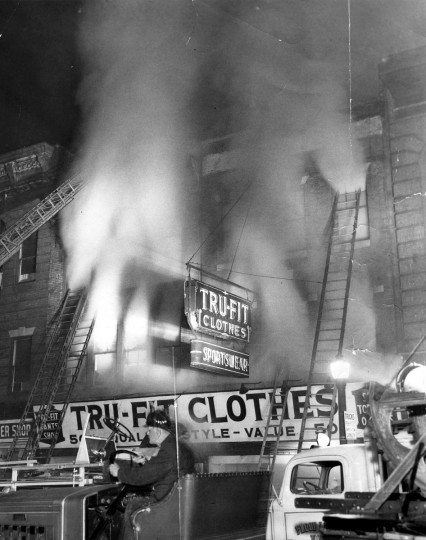 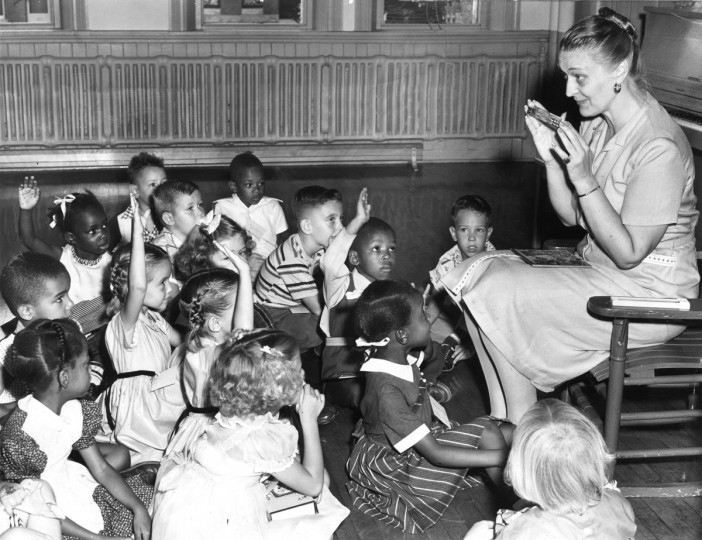 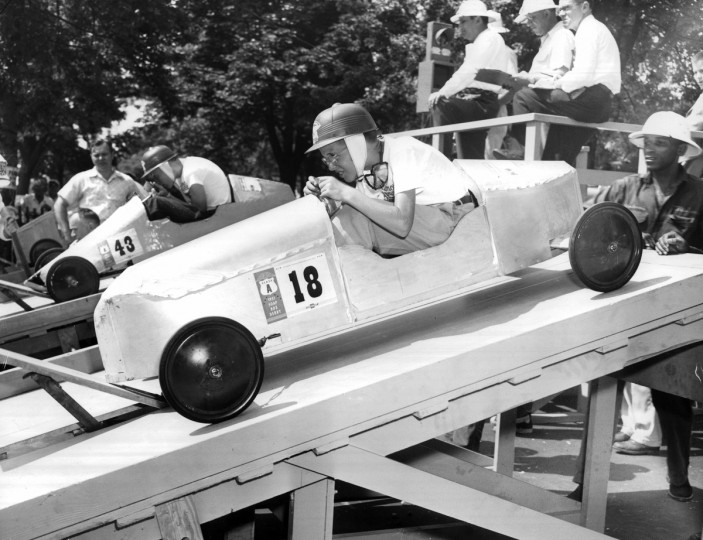 May 13, 1952 – Ronald Ebling waiting for the start of the Sunpapers Soap Box Derby. (Edward Nolan/Baltimore Sun) 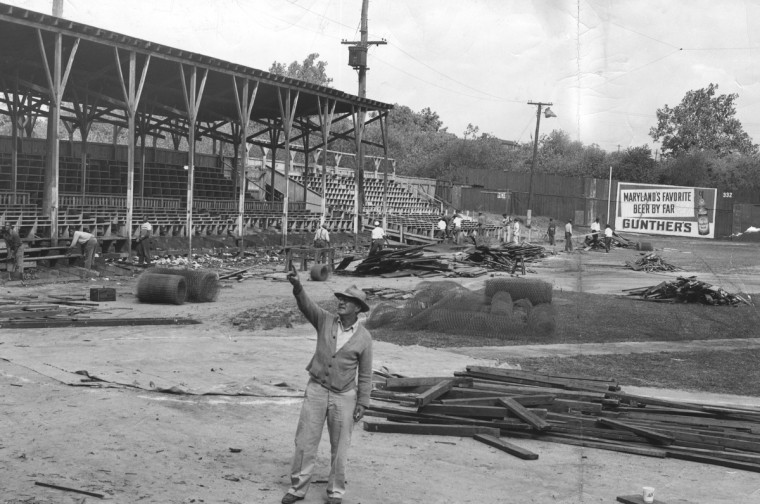 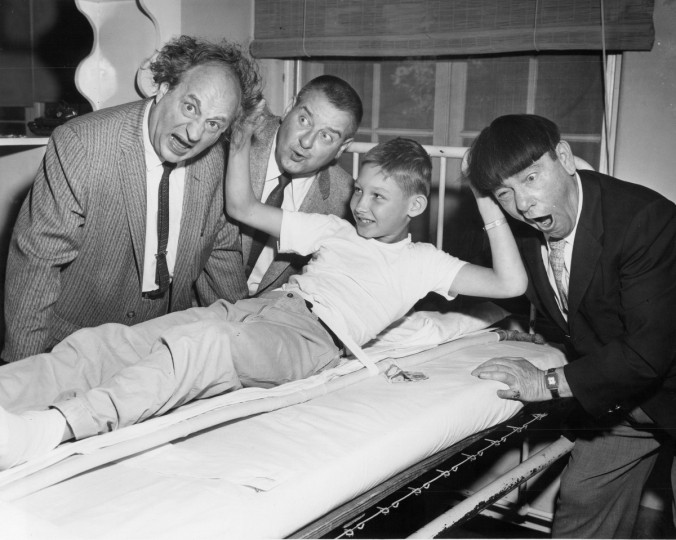 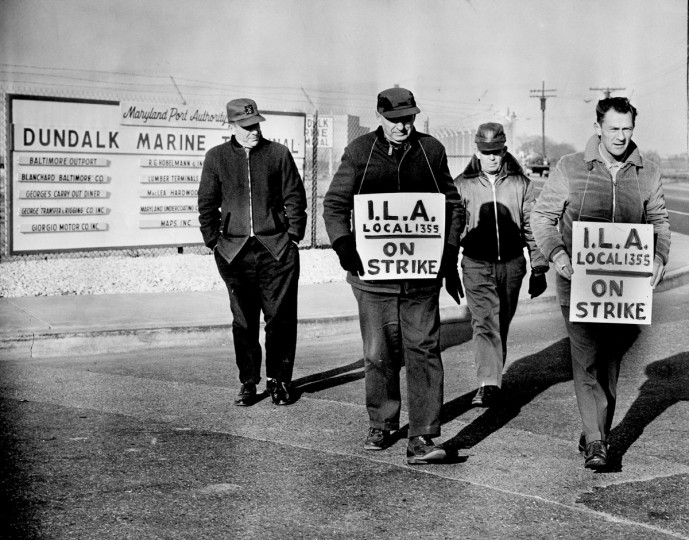 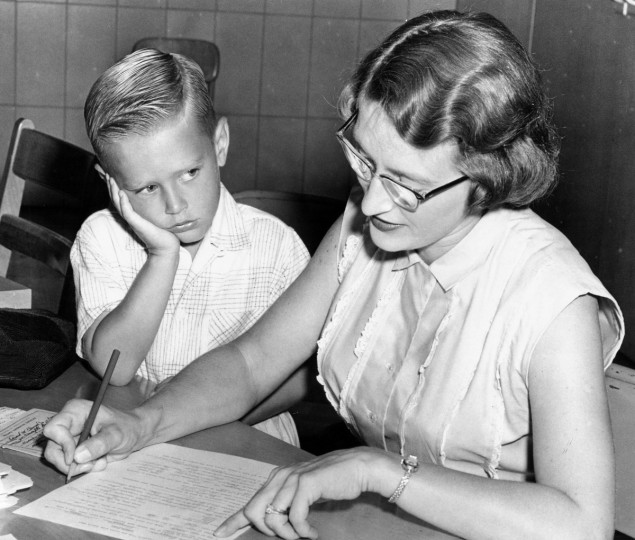 May 10, 1946 – Teacher Edith Overbeke and children from Happy Hill Day School hold a rope so they won’t get lost as they attend Flower Mart in Mount Vernon. (Edward Nolan/Baltlimore Sun) 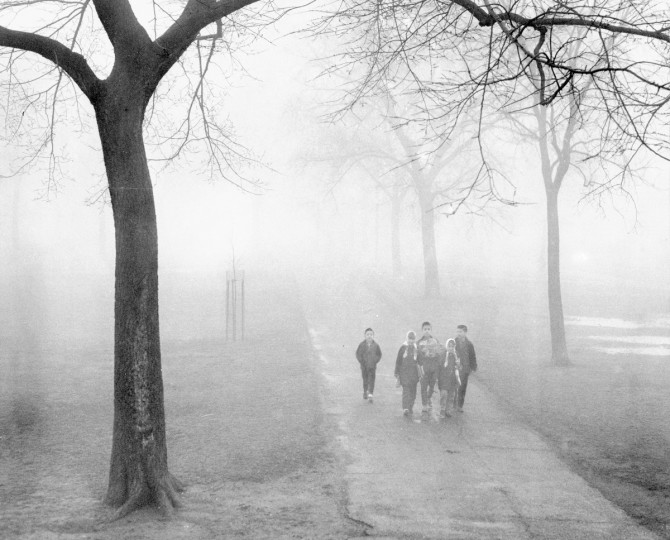 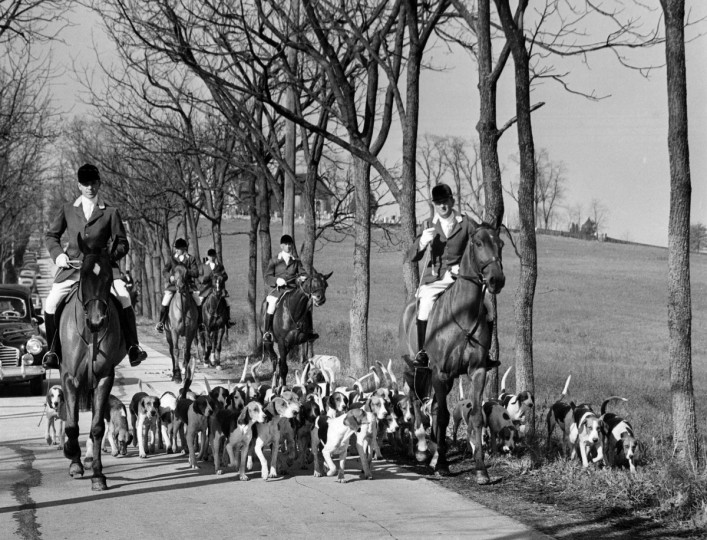 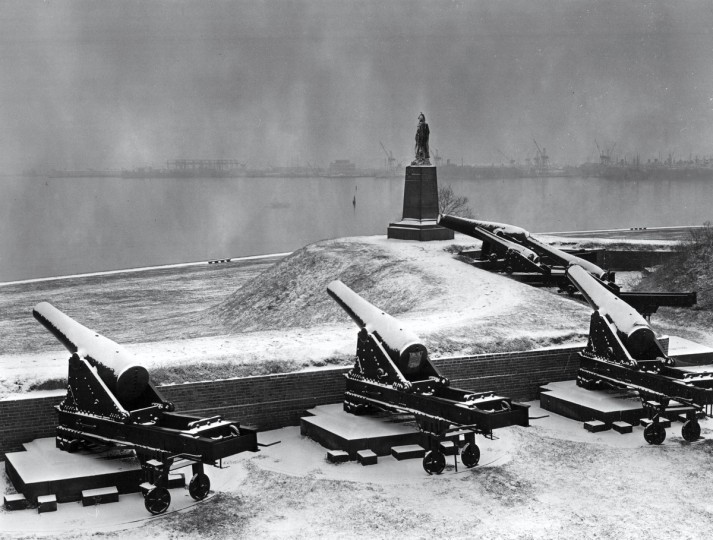 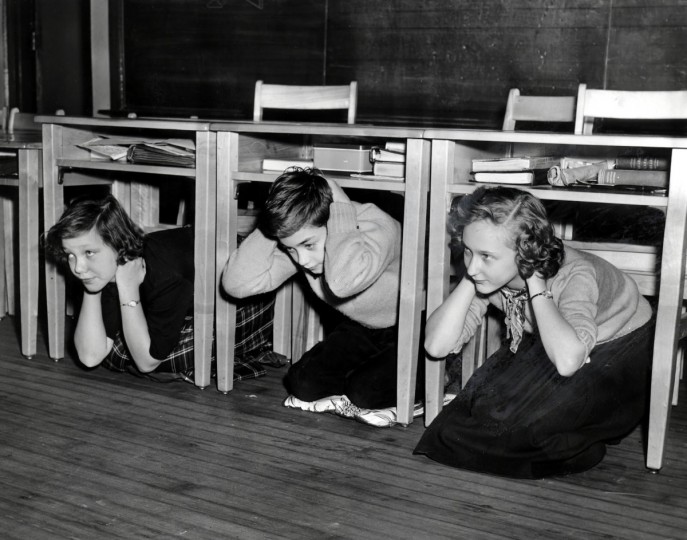 Left to right, Leanna Duvall, Winfield Standiford and Joyce Van Syckle hide under desks after hearing raid sirens during a test at School 232 in this undated photo. (Edward Nolan/Baltimore Sun)

Known to his friends as Eddy. He worked at the Sunpapers for more than 40 years and started at the Sun at age 16 as a copyboy. He held onto his check stub for his first week’s pay of $6. Later he went on to become a photographer at the paper.

He covered a number of events during his tenure including photographing the fire that consumed the old Pimlico clubhouse in 1966 and the tragic Tru-Fit Clothing fire that killed six firefighters in 1955.

Mr. Nolan retired from The Sun in early summer of 1980 and died a few weeks later at the age of 65.