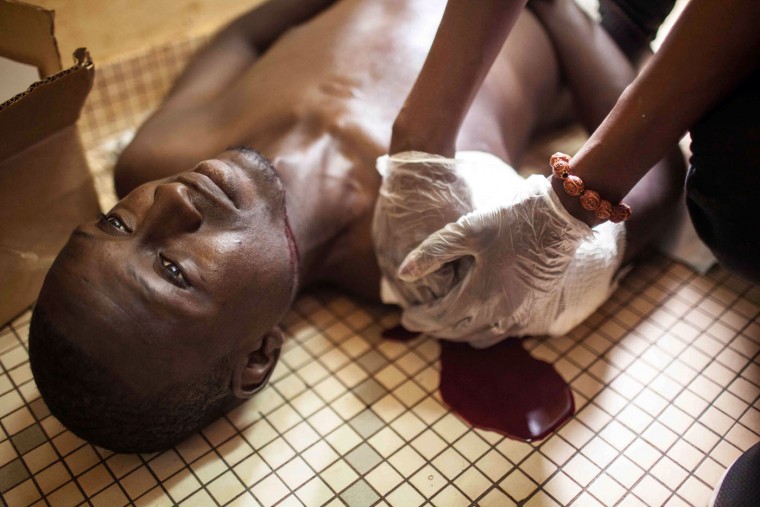 A protester who was shot during clashes is treated in a hospital in Ouagadougou, Burkina Faso, Thursday, Sept. 17, 2015. The protester later died. While gunfire rang out in the streets, Burkina Fasos military took to the airwaves Thursday to declare it now controls the West African country, confirming that a coup had taken place just weeks before elections. (AP Photo/Theo Renaut) 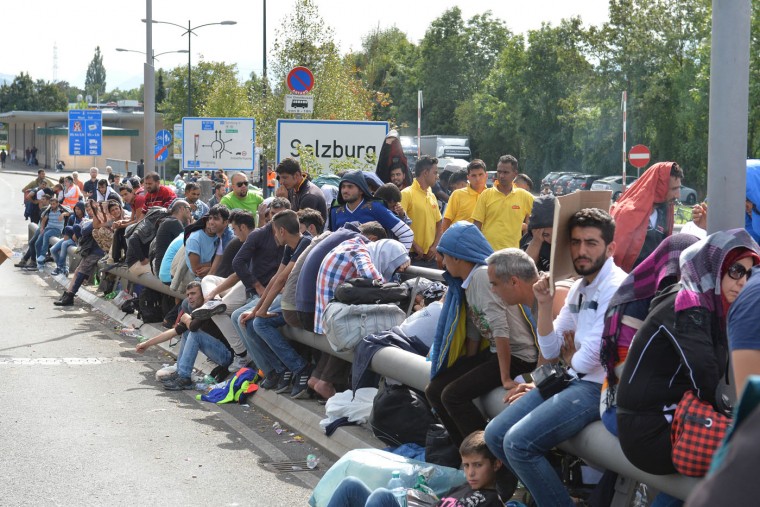 Refugees rest on the roadside after police stopped them near the border between Austria and Germany, in Salzburg, Austria, Thursday, Sept. 17, 2015. (AP Photo/Kerstin Joensson) 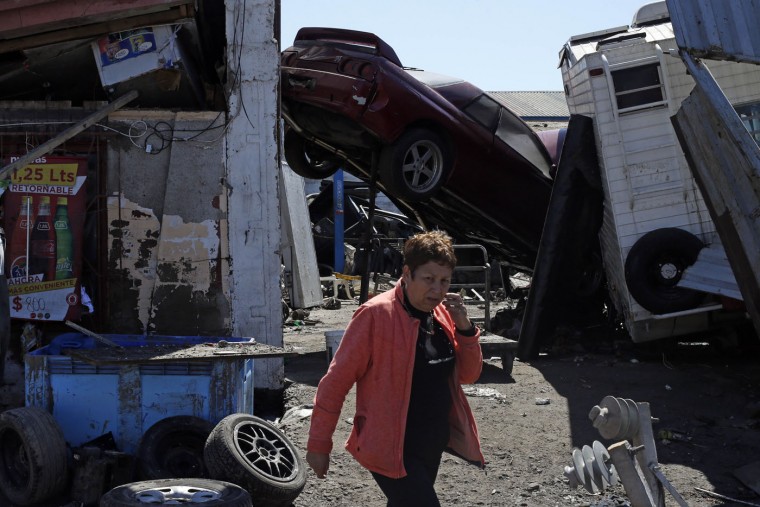 A woman walks past a car propped up between structures among the debris left behind by an earthquake-triggered tsunami in the coastal town of Coquimbo, Chile, Thursday, Sept. 17, 2015. Parts of this port city are a disaster zone after Wednesday night’s 8.3-magnitude quake hit off the coast. (AP Photo/Luis Hidalgo) 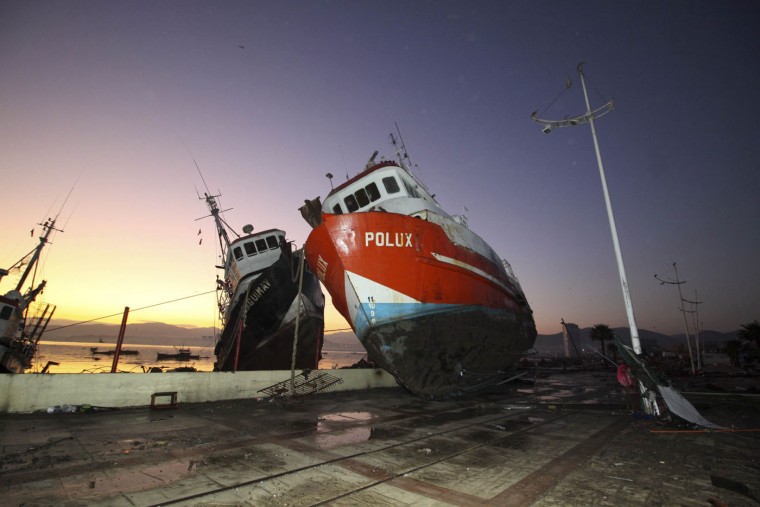 A boat stands on a dock after it was lifted by an earthquake-triggered tsunami in Coquimbo, Chile, Thursday, Sept. 17, 2015. Several coastal towns were flooded from small tsunami waves set off by late Wednesday’s magnitude-8.3 earthquake, which shook the Earth so strongly that rumbles were felt across South America. (Agencia Uno/Hernan Contreras via AP) 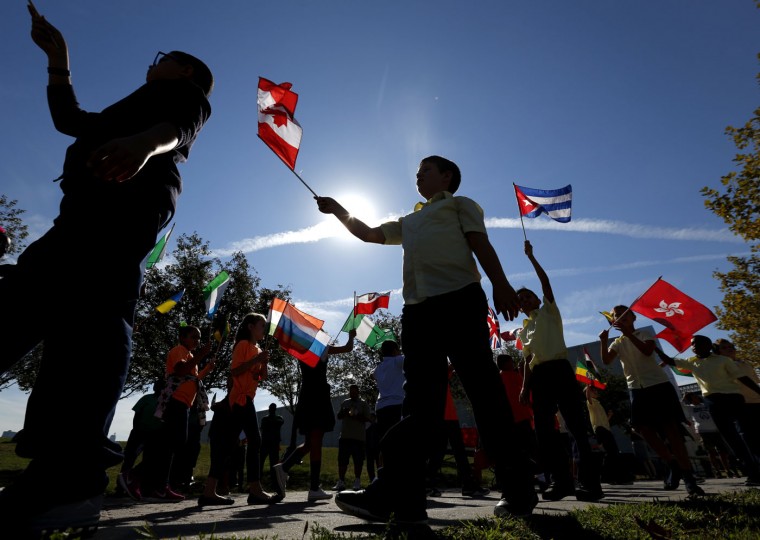 Students from Public School 3 in Jersey City, N.J., wave flags representing the nations of origin of immigrants who became U.S. citizens during a ceremony at Liberty State Park, Thursday, Sept. 17, 2015, in Jersey City, N.J. Constitution Day and Citizenship Day is celebrated each year on Sept. 17, on the anniversary of the signing of the Constitution in 1787. The U.S. Citizenship and Immigration Services is expected to welcome more than 36,000 new citizens during more than 200 naturalization ceremonies across the country from Sept. 17-23. (AP Photo/Julio Cortez) 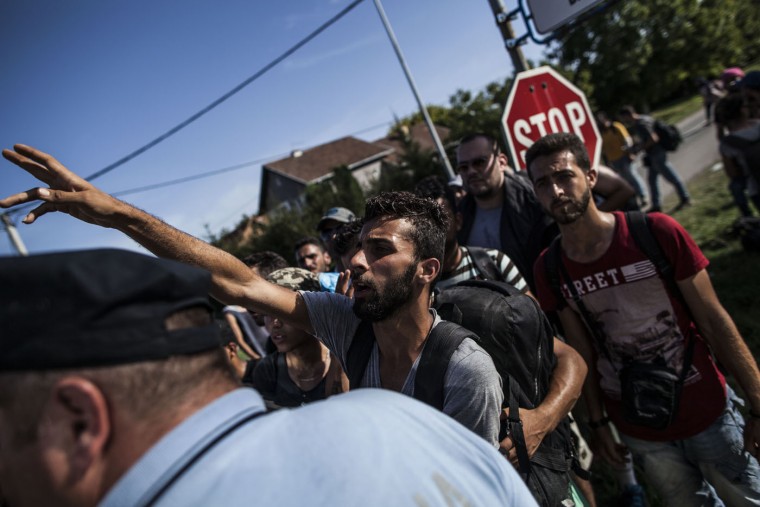 A refugee calls to his friends while trying to get onto a bus at the Tovornik border between Serbia and Croatia, in Tovornik, Croatia, Thursday, Sept. 17, 2015. Croatia has suddenly become the latest hotspot in the 1,000-mile plus exodus toward Western Europe after Hungary sealed off its border Tuesday with a razor-wire fence and then used tear gas, batons and water cannons to keep the migrants out. (AP Photo/Manu Brabo) 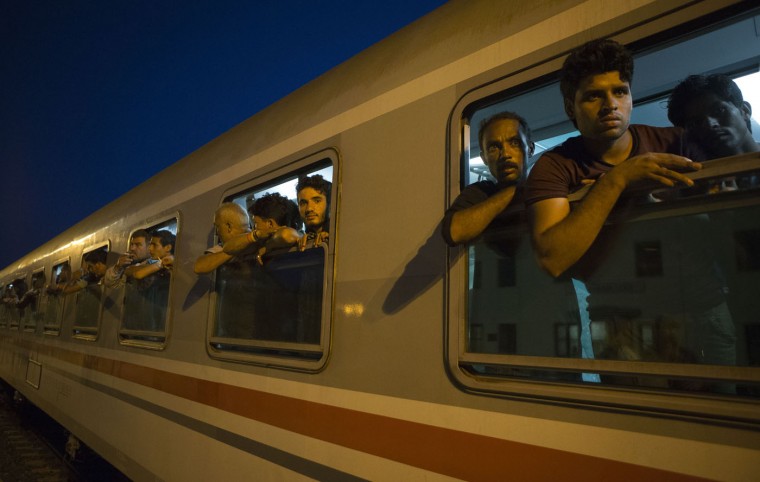 Migrants arrive at the train station in Beli Manastir, near Hungarian border, northeast Croatia, Thursday, Sept. 17, 2015. Croatia has suddenly become the latest hotspot in the 1,000-mile plus exodus toward Western Europe after Hungary sealed off its border Tuesday with a razor-wire fence and then used tear gas, batons and water cannons to keep the migrants out. (AP Photo/Darko Bandic) 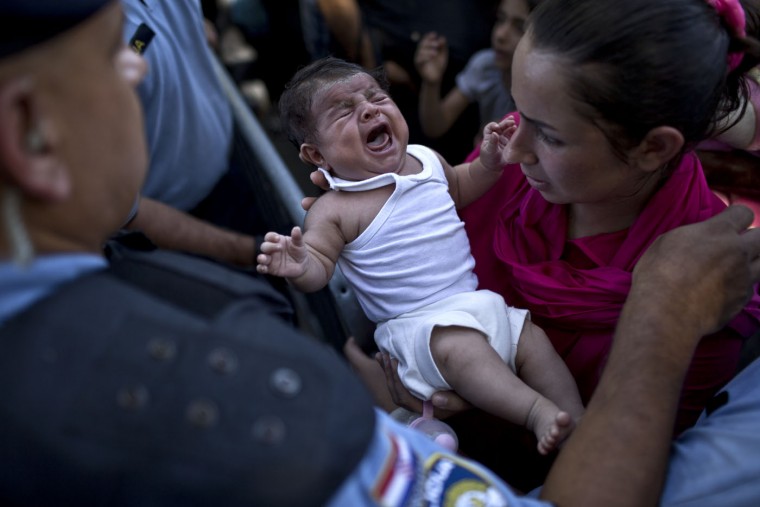 A woman carries a baby as she goes through a police cordon in Tovarnik, Croatia, Thursday, Sept. 17, 2015. Hundreds of migrants have pushed through police lines in the eastern Croatian town of Tovarnik, with people trampling and falling on each other amid the chaos, as more than 2,000 men, women and children were stuck at the local train station for hours in blazing heat and sun on Thursday, waiting to board trains and buses for transport to refugee centers. (AP Photo/Marko Drobnjakovic) 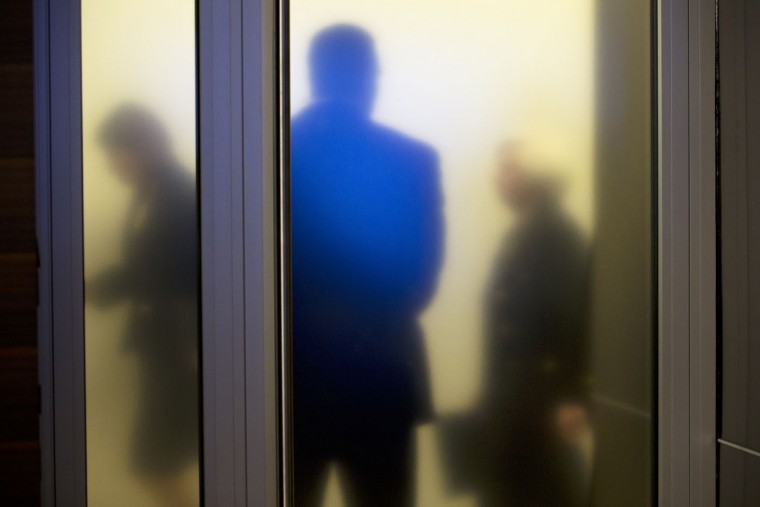 Federal Reserve Chair Janet Yellen, right, walks past a frosted glass door as she arrives to speak at a news conference in Washington, on Thursday, Sept. 17, 2015. The Federal Reserve is keeping U.S. interest rates at record lows in the face of threats from a weak global economy, persistently low inflation, and unstable financial markets. (AP Photo/Jacquelyn Martin) 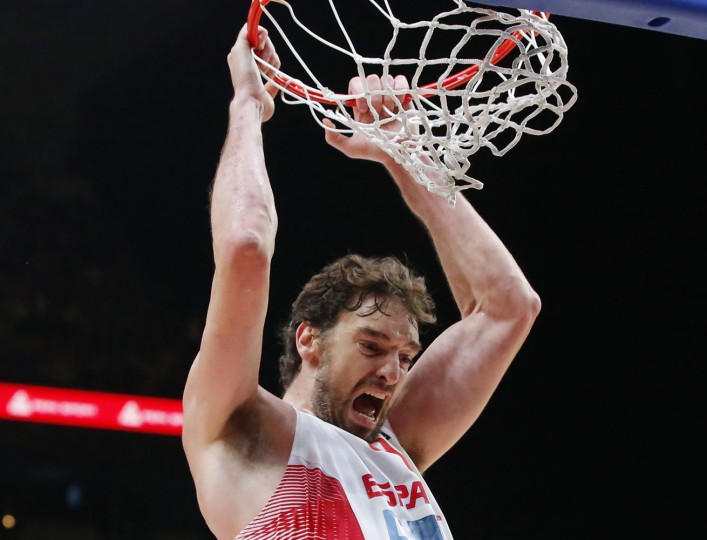 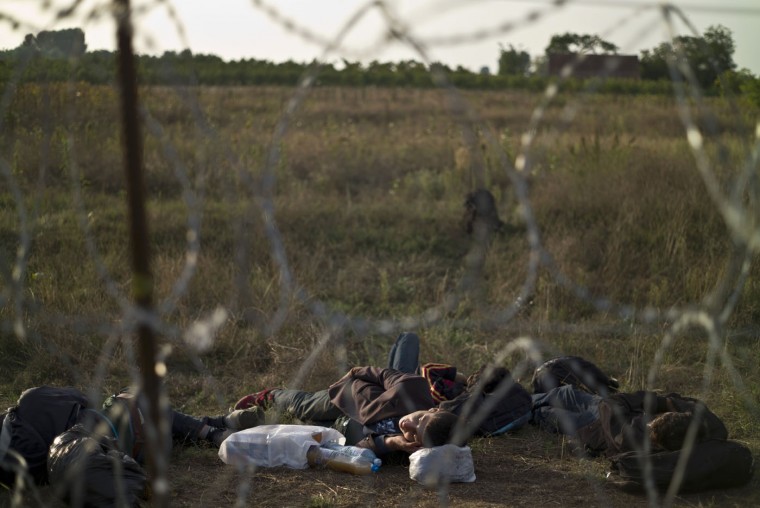 Afghan refugees sleep next to razor-wire barrier at the Serbian side of Hungary’s border fence with Serbia, in Asotthalom, southern Hungary, Thursday, Sept. 17, 2015. Thousands of migrants have begun pouring into Croatia, setting up a new path toward Western Europe after Hungary used tear gas and water cannons to keep them out of its territory. (AP Photo/Muhammed Muheisen) 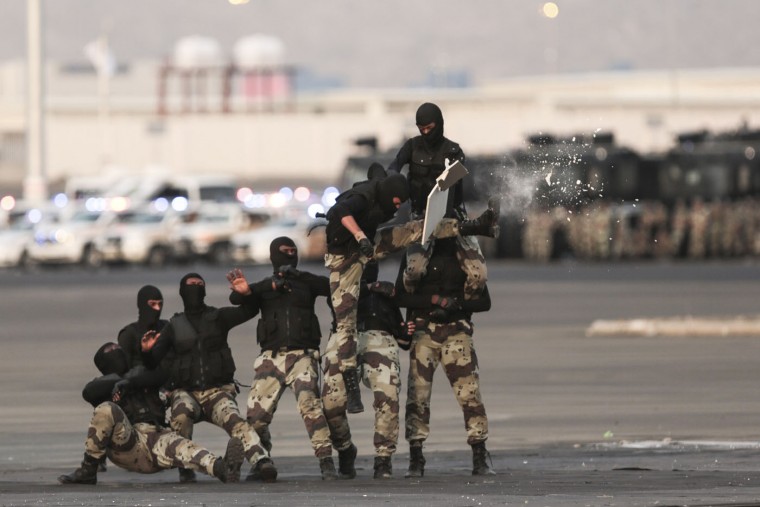 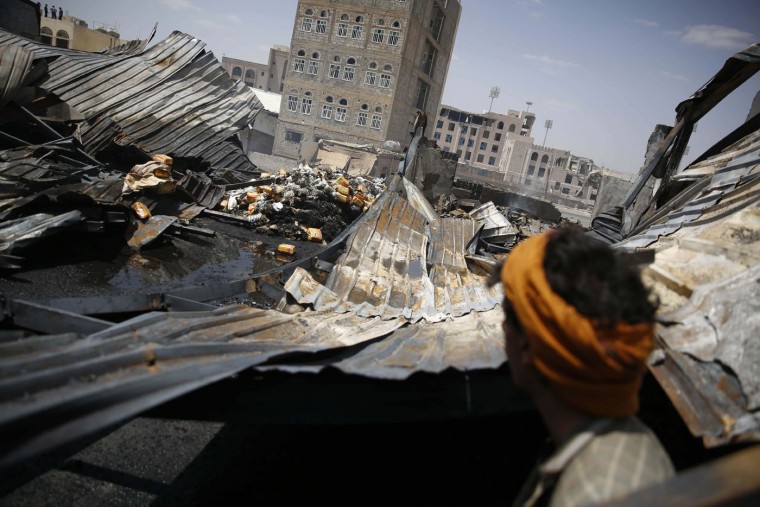 A worker looks at a chocolate factory destroyed by a Saudi-led airstrike in Sanaa, Yemen, Thursday, Sept. 17, 2015. Elsewhere, the Saudi-led coalition is pounding Yemen’s Shiite rebels on the outskirts of the city of Marib in its push to retake the capital, Sanaa. (AP Photo/Hani Mohammed) 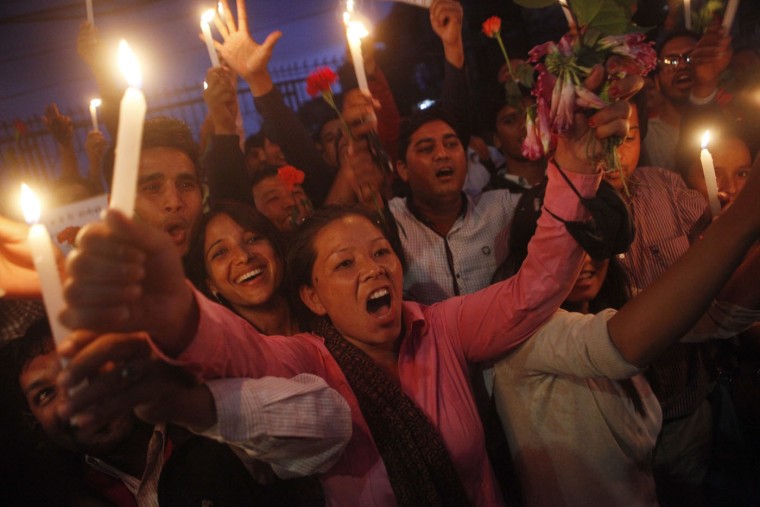 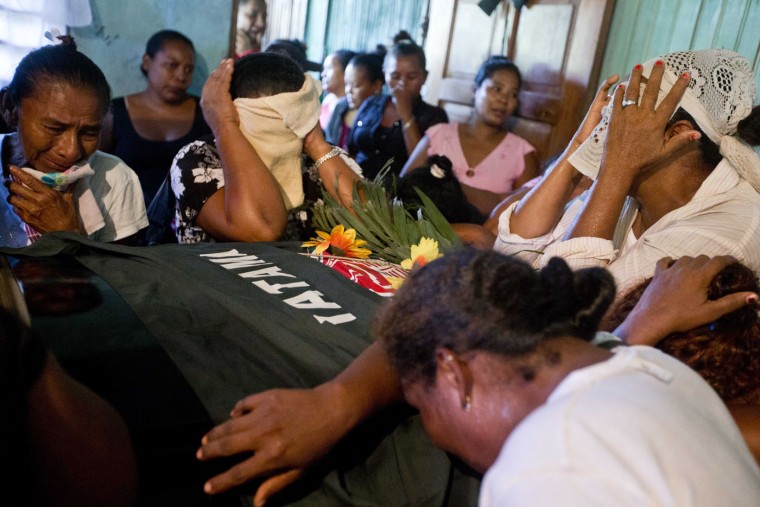 Relatives of Mario Leman, leader of the Miskito political party YATAMA, mourn during Leman’s wake in the Caribbean coastal town Waspam, Nicaragua, Thursday, Sept. 17, 2015. Leman was killed during a recent clash between a group of Sandinistas and YATAMA members. The Miskito indigenous people say tensions began when they began expelling squatters who had occupied parts of their land. (AP Photo/Esteban Felix) 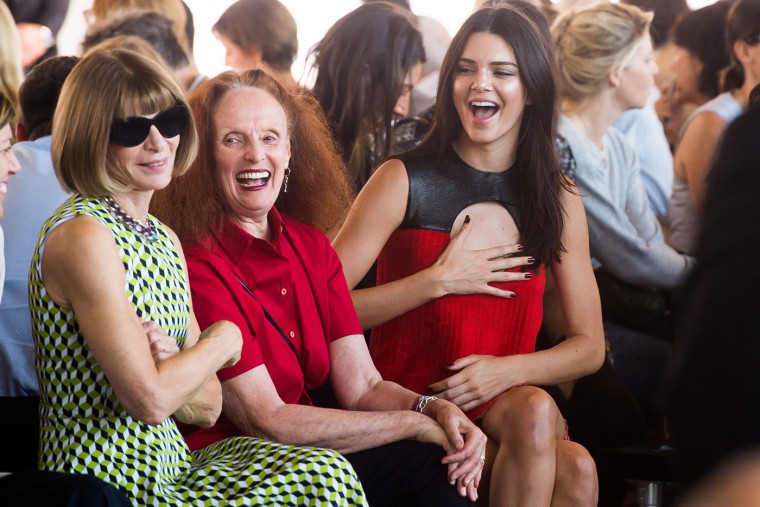 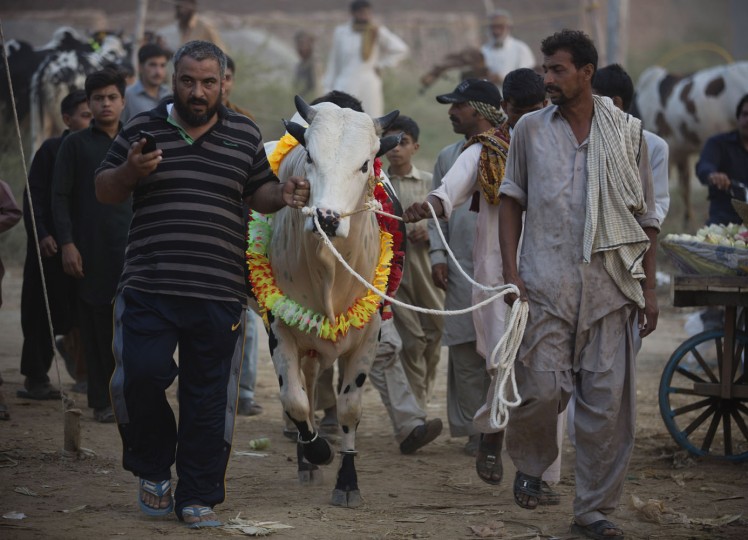 Pakistani customers moves a cow they bought from a market to sacrifice later in the upcoming Eid al-Adha in Islamabad, Pakistan, Thursday, Sept. 17, 2015. Eid al-Adha, or the Feast of the Sacrifice, is celebrated to commemorate the Prophet Ibrahim’s faith in being willing to sacrifice his son. (AP Photo/B.K. Bangash) 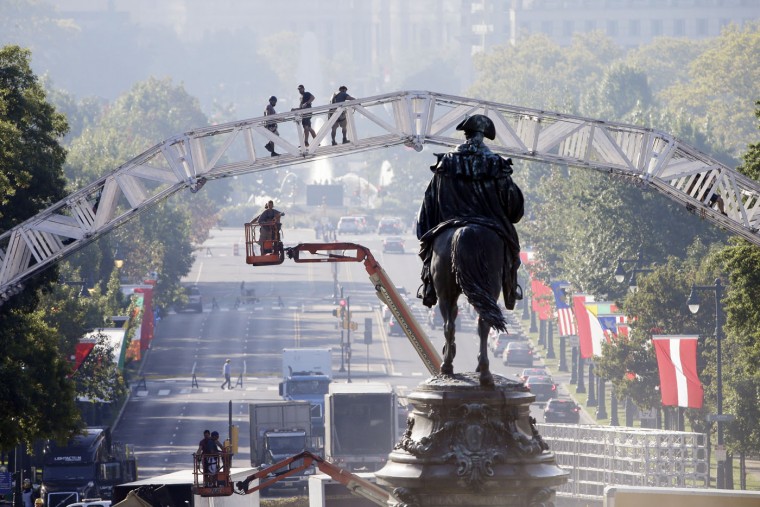 Workers build a stage ahead of Pope Francis’ scheduled visit, Thursday, Sept. 17, 2015, on Eakins Oval in view of a statue of George Washington, in Philadelphia. (AP Photo/Matt Rourke) 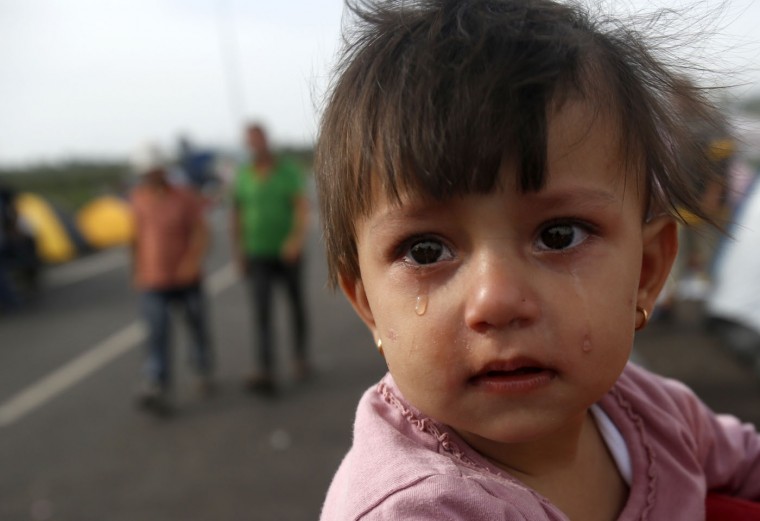 A girl cries at the “Horgos 2” border crossing into Hungary, near Horgos, Serbia, Thursday, Sept. 17, 2015. Thousands of migrants poured into Croatia on Thursday, setting up a new path toward Western Europe after Hungary used tear gas and water cannons to keep them out of its territory. (AP Photo/Darko Vojinovic) 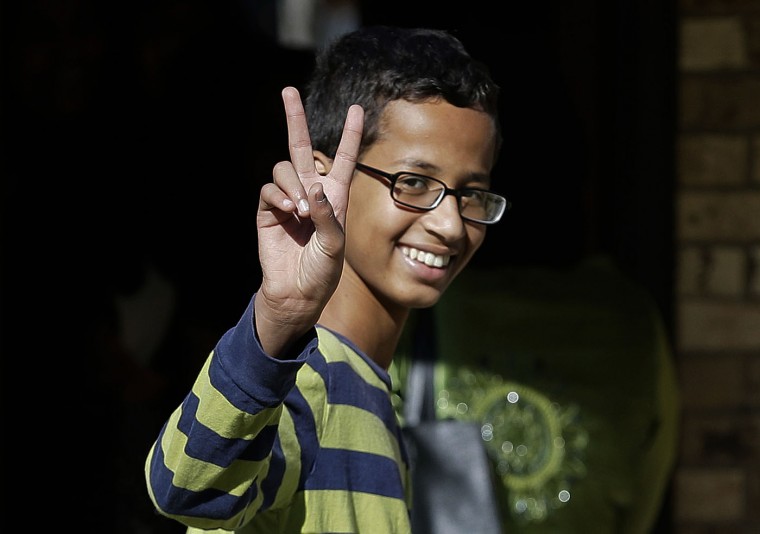 Ahmed Mohamed, 14, gestures as he arrives to his family’s home in Irving, Texas, Thursday, Sept. 17, 2015. Ahmed was arrested Monday at his school after a teacher thought a homemade clock he built was a bomb. He remains suspended and said he will not return to classes at MacArthur High School. (AP Photo/LM Otero)