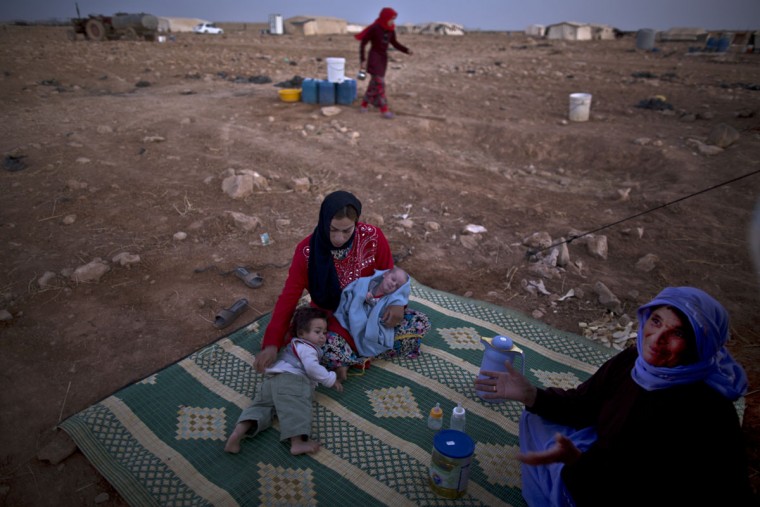 In this Thursday, July 23, 2015 photo, Syrian refugee Ruqayya Ahmad, 19, holds her 8-day old daughter Hikmiyya and her son Ali, 1,while sitting next to her mother in law Mayoufah, outside their tent to avoid the heat trapped inside, at an informal tented settlement near the Syrian border on the outskirts of Mafraq, Jordan. Ahmad, says she canít afford to take Hikmiyya to the doctor to have a rash she suffers from treated. (AP Photo/Muhammed Muheisen)

« Young refugees bear the brunt of the Syria’s civil war