The world’s fastest man, the world’s oldest man, gasoline among the grapes | August 21 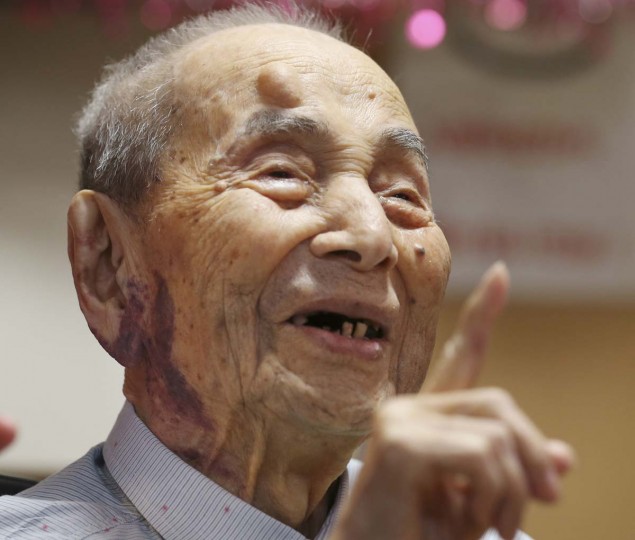 Yasutaro Koide, the 112-year-old living in the central Japanese city of Nagoya, smiles upon being formally recognized as the world’s oldest man by the Guinness World Records at a nursing home in Nagoya Friday, Aug. 21, 2015. Koide was born on March 13, 1903 and worked as a tailor when he was younger. He became the world’s oldest man with the death of Sakari Momoi of Tokyo in July at age 112. || CREDIT: KOJI SASAHARA – AP PHOTO 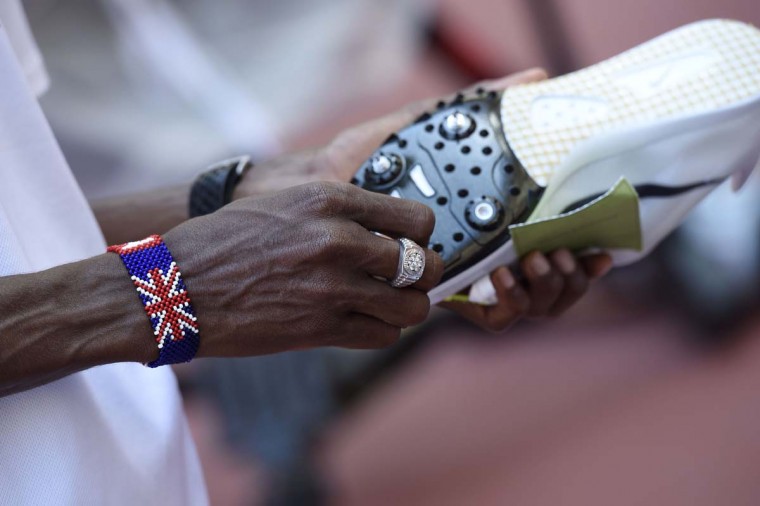 Britain’s Mo Farah checks the spikes on his running shoes ahead of the 2015 IAAF World Championships at the “Bird’s Nest” National Stadium in Beijing on August 21, 2015. || CREDIT: FRANCK FIFE – AFP/GETTY IMAGES 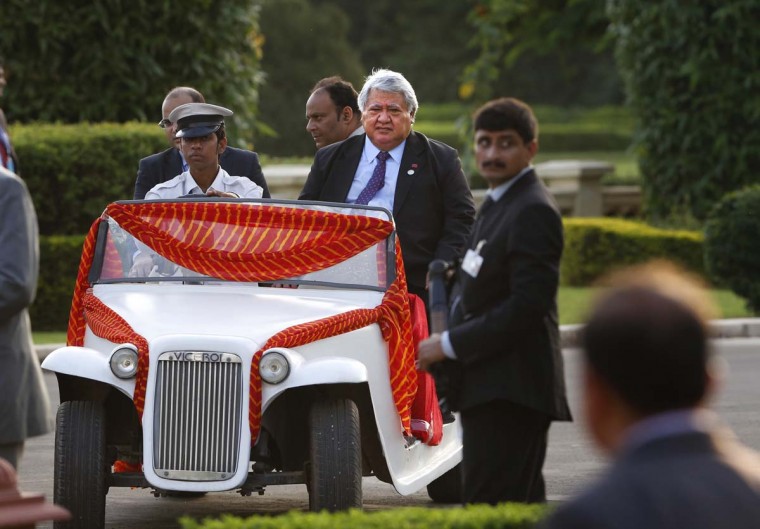 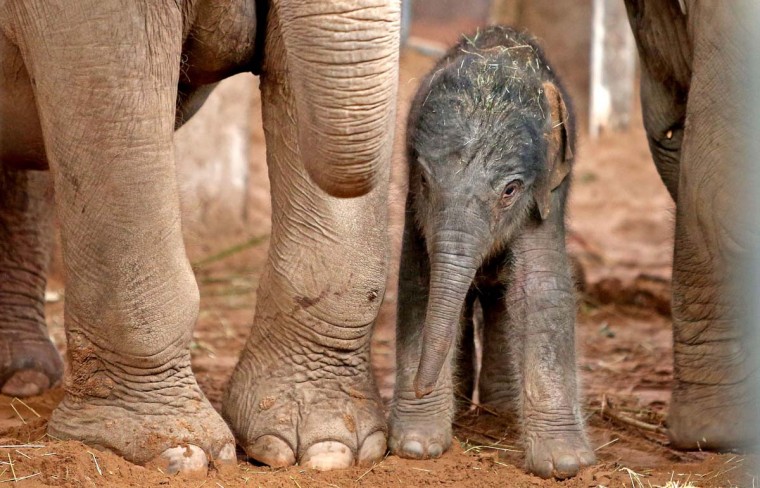 A baby Asian elephant takes her first steps into the public view at Chester Zoo, in Chester, England, Friday Aug. 21, 2015. The female elephant calf was born on Thursday to mum Thi Hi Way, but she has not yet been named. (Peter Byrne/PA via AP) 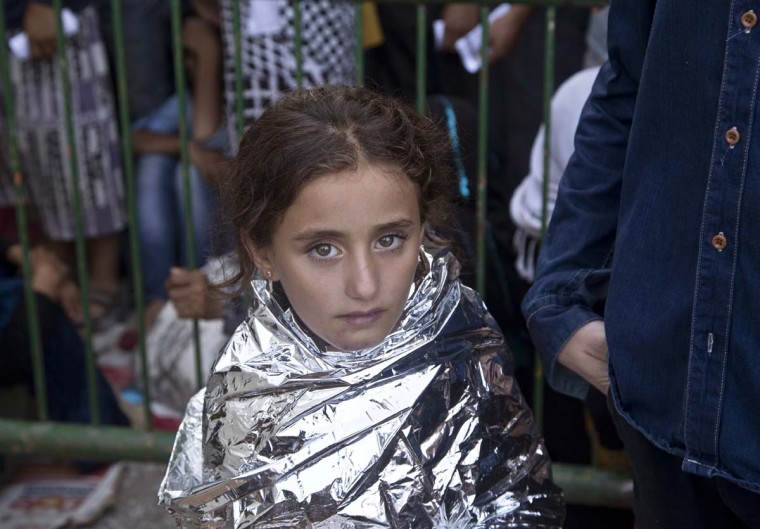 An Afghan migrant girl covered with a Mylar sheet after being rescued waits to be registered at the port office in Mytlilene in Lesbos, Greece, Friday, Aug. 21, 2015. Greece this year has been overwhelmed by record numbers of migrants arriving on its eastern Aegean islands, with more than 160,000 landing so far. || CREDIT: VISAR KRYEZIU – AP PHOTO 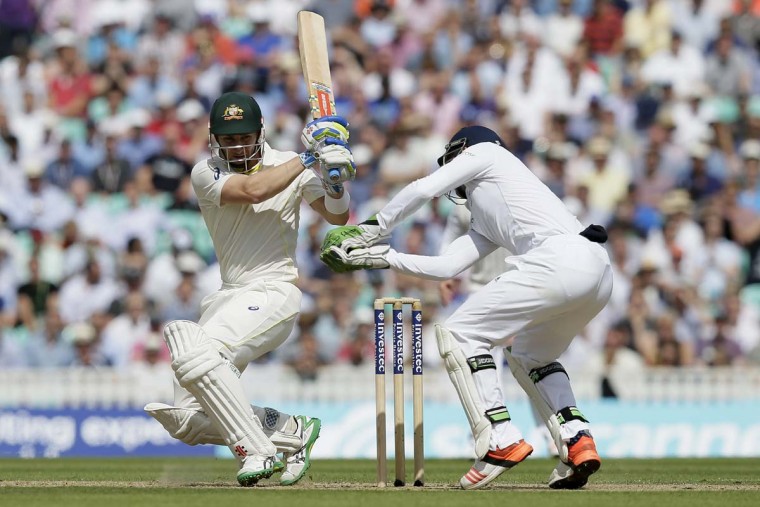 Australiaís Peter Nevill, left, is caught out by England’s Jos Buttler off the bowling of Englandís Moeen Ali on the second day of the fifth Ashes Test match between England and Australia, at the Oval cricket ground in London, Friday, Aug. 21, 2015. || CREDIT: TIM IRELAND – AP PHOTO 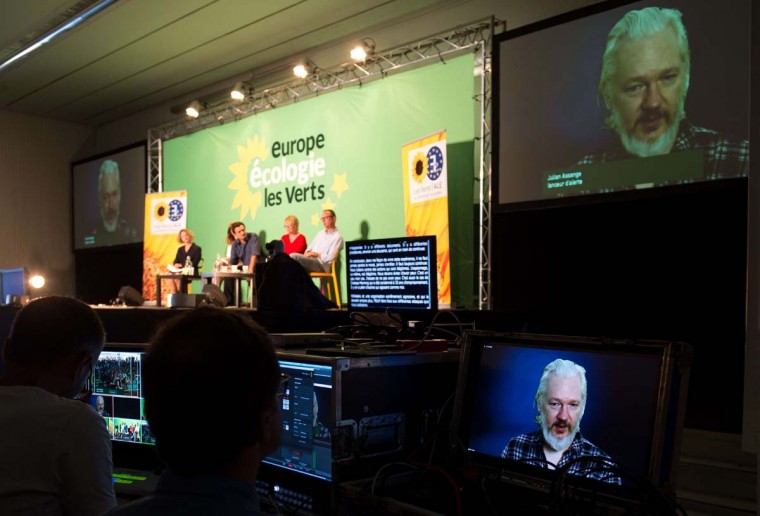 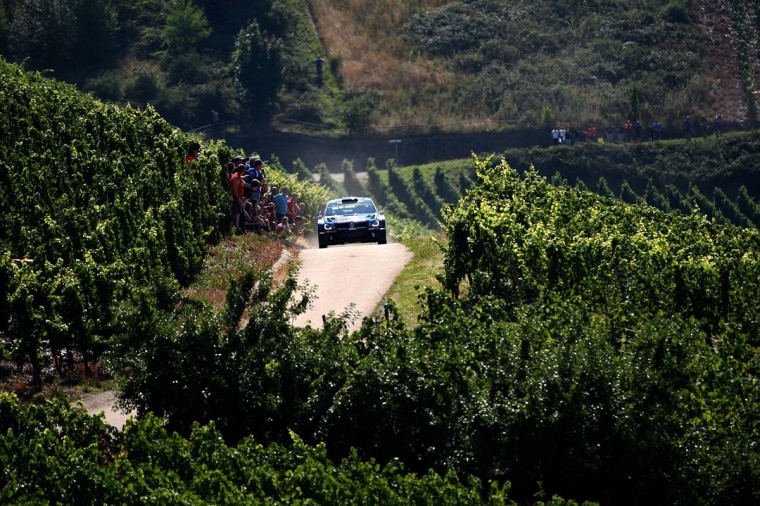 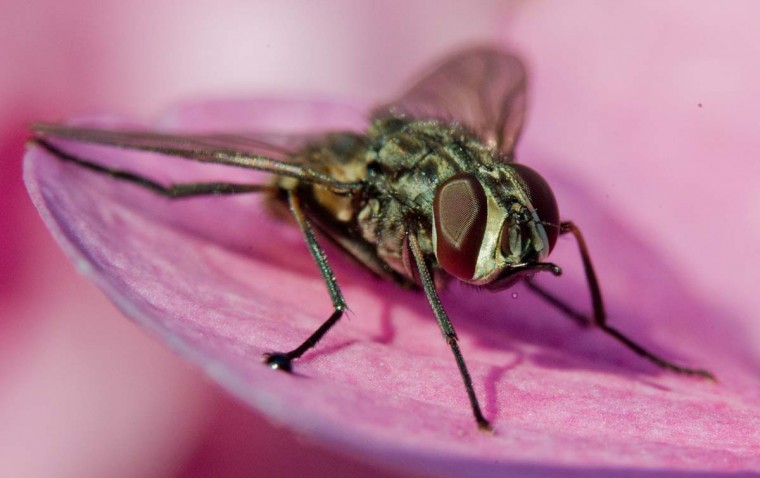 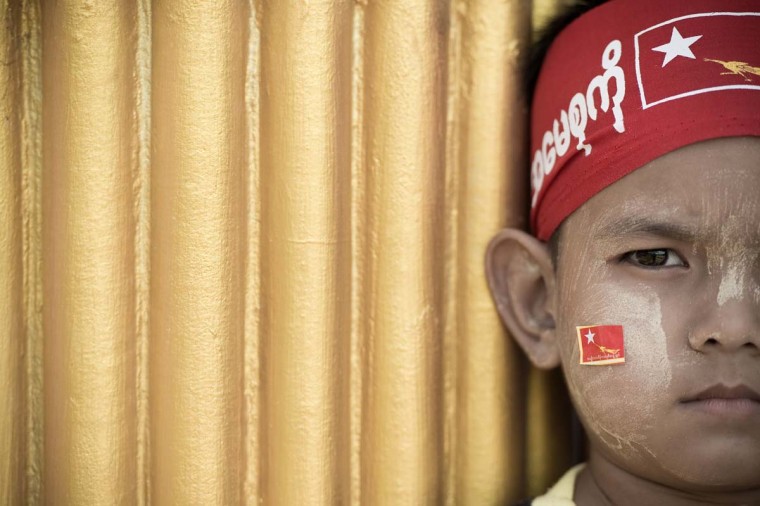 A young supporter of National League for Democracy chairperson Aung San Suu Kyi (not pictured) waits for her arrival during a rally in Thanlyin Township, on the outskirts of Yangon on August 21, 2015. The European Union said on August 21 that it has agreed to send observers to historic upcoming Myanmar elections in an effort to “strengthen democracy” in the former military-run nation. || CREDIT: NICOLAS ASFOURI – AFP/GETTY IMAGES 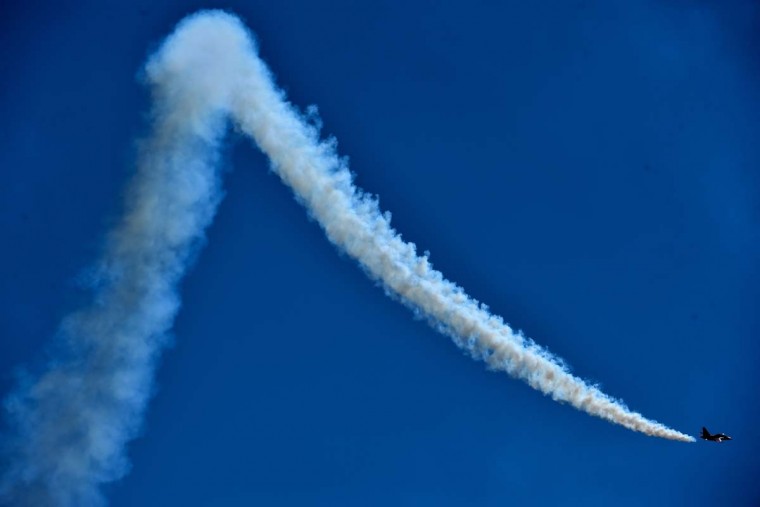 A Russian Yakovlev Yak-130 Mitten subsonic two-seat advanced jet trainer performs on rehearsal day for the MAKS-2015, the International Aviation and Space Show, in Zhukovsky, outside Moscow, on August 21, 2015. The MAKS-2015 will be held in Zhukovsky from August 25 to 30. || CREDIT: KIRILL KUDRYAVTSEV – AFP/GETTY IMAGES 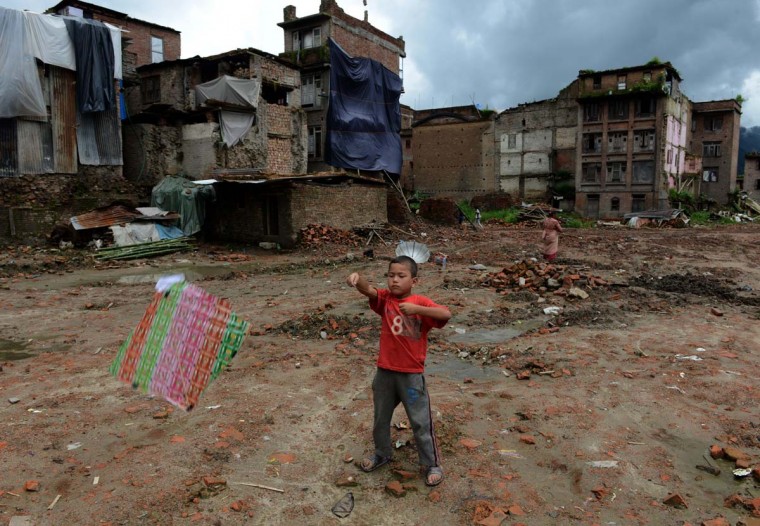 A Nepalese boy flies a kite near earthquake-damaged houses in Bhaktapur on the outskirts of Kathmandu on August 21, 2015. Twin earthquakes which struck the Himalayan nation in April and May, killed more than 8,800 people, destroyed nearly half a million houses and damaged another 280,000, leaving thousands in need of food, clean water and shelter. || CREDIT: PRAKASH MATHEMA – AFP/GETTY IMAGES 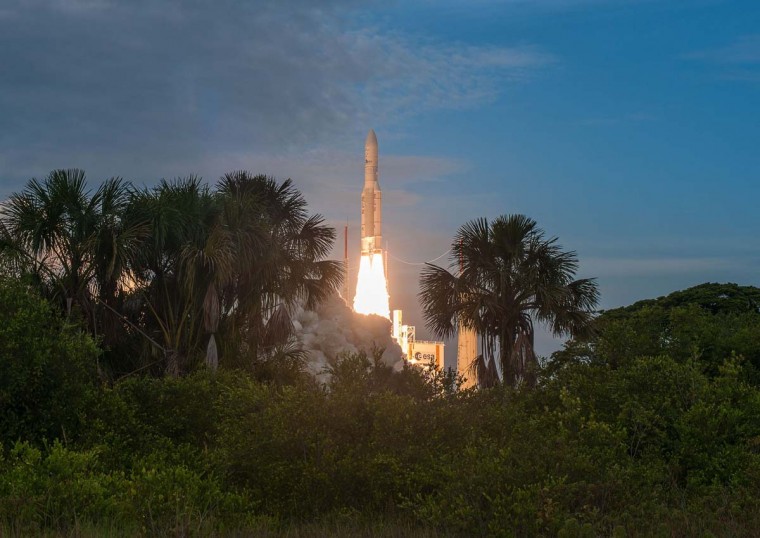 A photo taken on August 20, 2015 and released the day after by the European Space agency shows an Ariane 5 rocket lifting off from its launchpad in Kourou, French Guiana, carrying two satellites for two of the world’s top communication operators, Eutelsat and Intelsat. ESA/CNES/P. PIRON/AFP/Getty Images 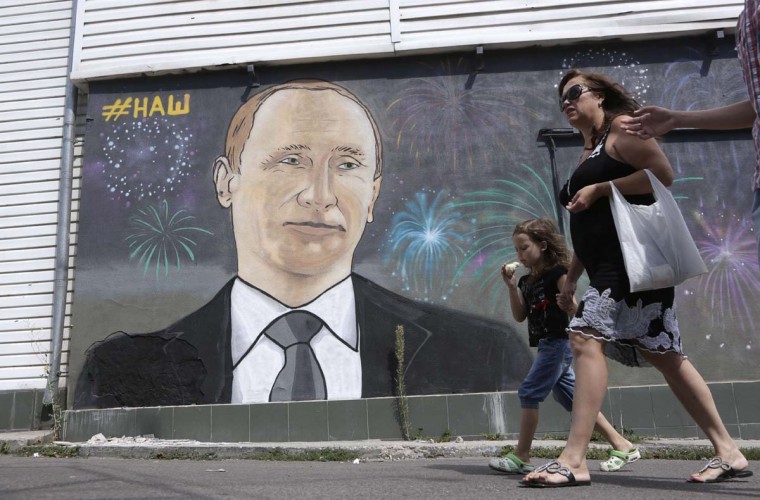 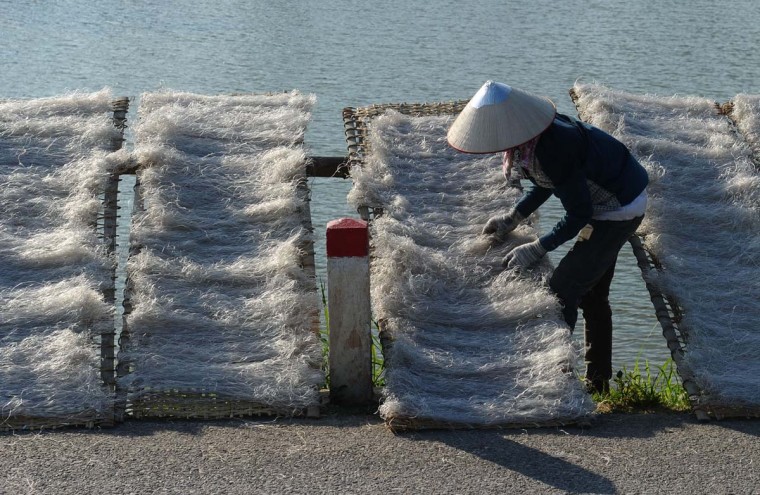 This picture taken on August 20, 2015 shows a farmer drying vermicelli along a road in the outskirts of Hanoi. || CREDIT: HOANG DINH NAM – AFP/GETTY IMAGES 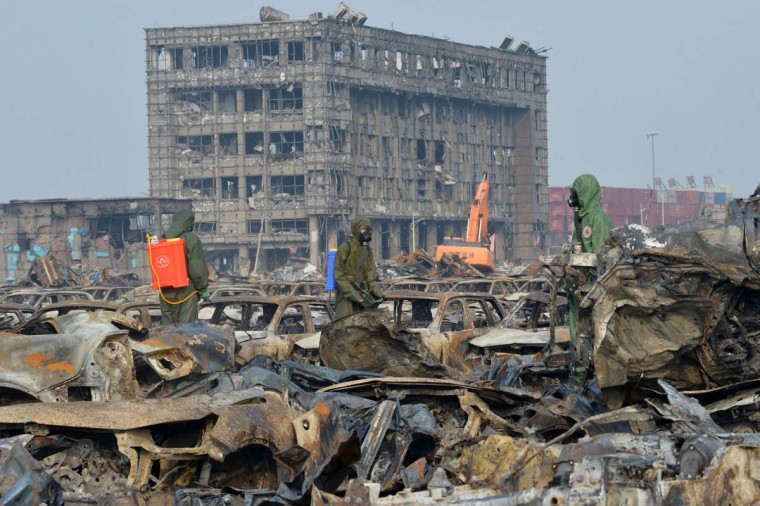 This picture taken on August 20, 2015 shows workers in decontamination suits cleaning up the site of the explosions in Tianjin. Cyanide levels more than 350 times standard limits have been detected in water close to the site of deadly explosions in the Chinese port city of Tianjin, officials said on August 20. AFP/Getty Images 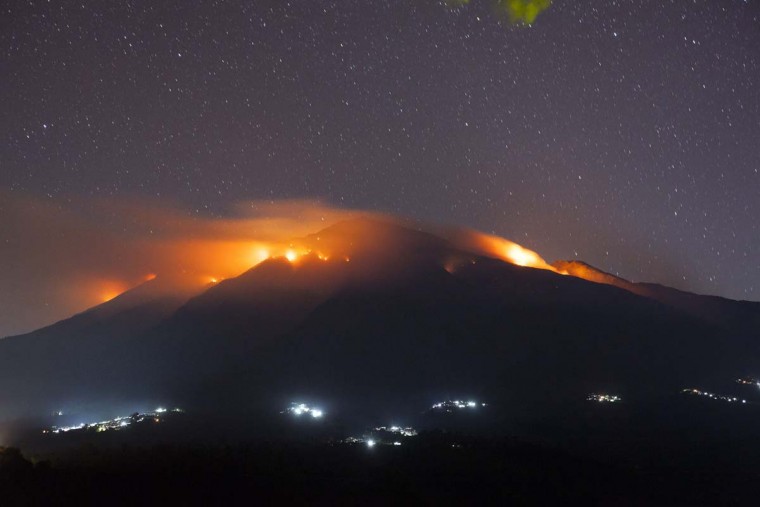 This photo taken before dawn on August 21, 2015 shows a raging forest fire engulfing Mount Merbabu, as seen from the Magelang district in central Java island. Indonesia’s Meteorology, Climatology and Geophysics Agency (BMKG) on July 30 warned of a prolonged dry spell until the end of this year due to the El Nino weather phenomenon. Recent news reports have indicated the prolonged dry season has triggered massive fires in many areas of the country over the past few weeks and harvest failures due to drought. || CREDIT: SURYO WIBOWO – AFP/GETTY IMAGES 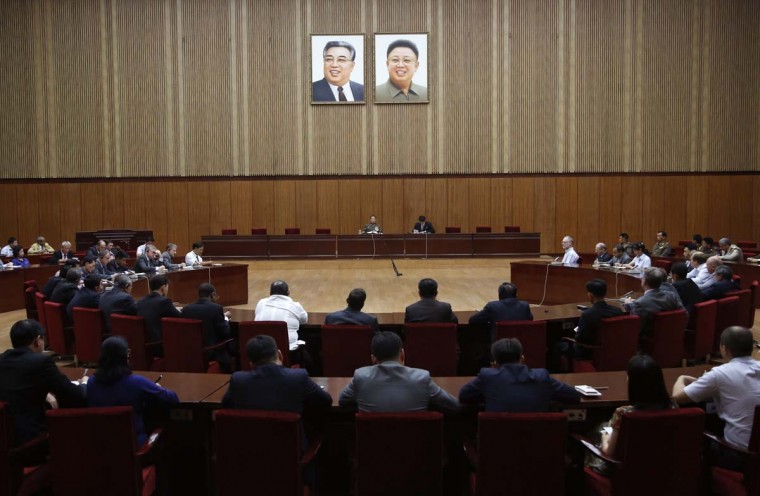 North Korea’s General Reconnaissance Bureau Director Kim Yong Chol, center left, sits under the portraits of the late North Korean leaders, Kim Il Sung, left, and Kim Jong Il, as he speaks during a briefing for foreign diplomats regarding the latest situation at the border between the two Koreas at the People’s Cultural House in Pyongyang, North Korea, Friday, Aug. 21, 2015. North Korean leader Kim Jong Un on Friday declared his frontline troops in a “quasi-state of war” and ordered them to prepare for battle a day after the most serious confrontation between the rivals in years. || CREDIT: DITA ALANGKARA – AP PHOTO 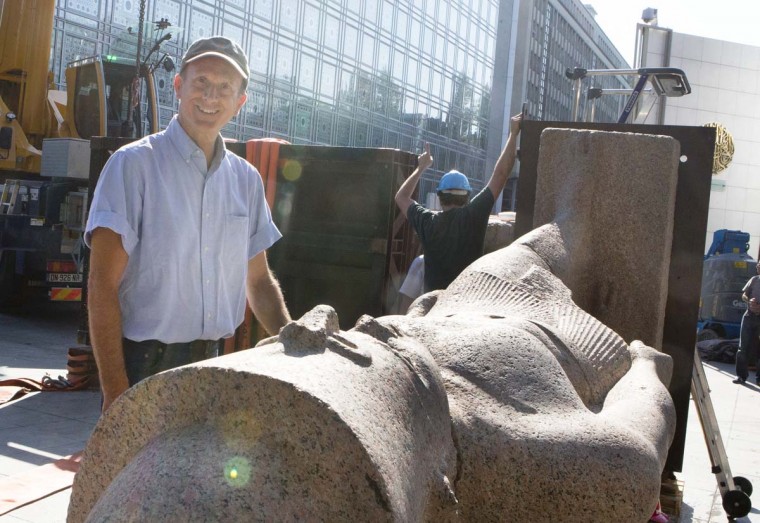 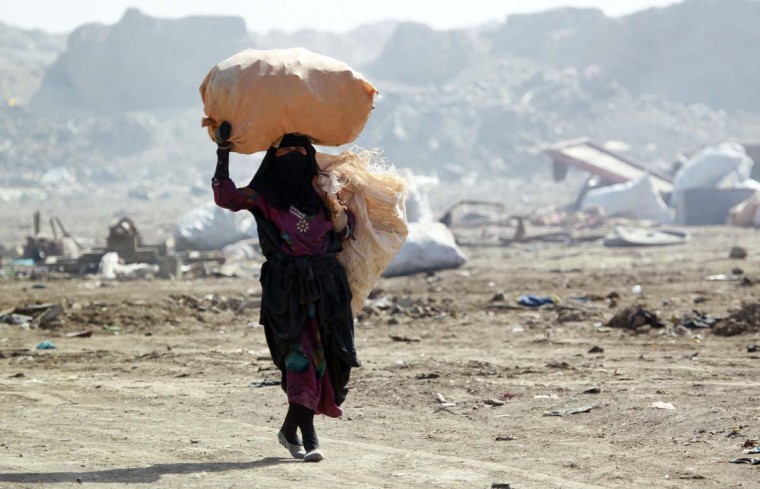 An Iraqi woman carries a bag on her head next to a pile of trash at a garbage dump where she lives in the Diwaniya village, east of the holy city of Najaf, on August 21, 2015. || CREDIT: HAIDAR HAMDANI – AFP/GETTY IMAGES 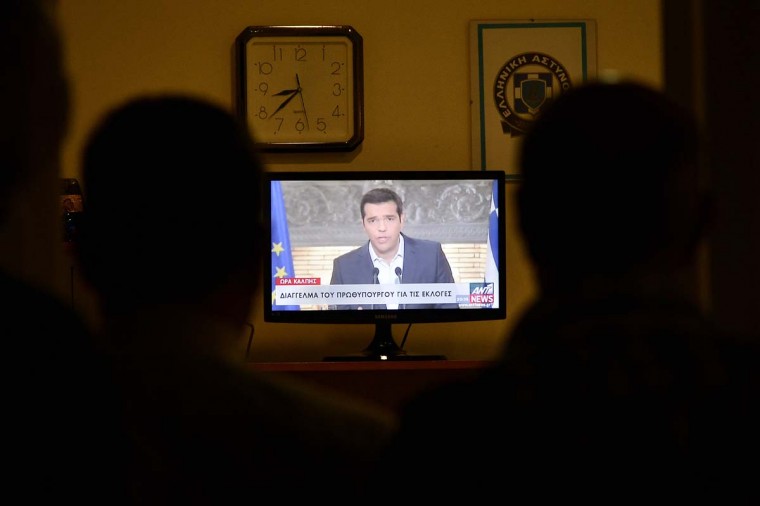 Journalists watch the televised address to nation of the Greek Prime Minister Alexis Tsipras in Athens on August 20, 2015. Tsipras announced his resignation and called for early elections in the crisis-hit country, widely expected to be held on September 20. “I will shortly meet with the president of the republic and present my resignation and that of my government,” Tsipras said in a televised address to the nation. || CREDIT: LOUISA GOULIAMAKI – AFP/GETTY IMAGES