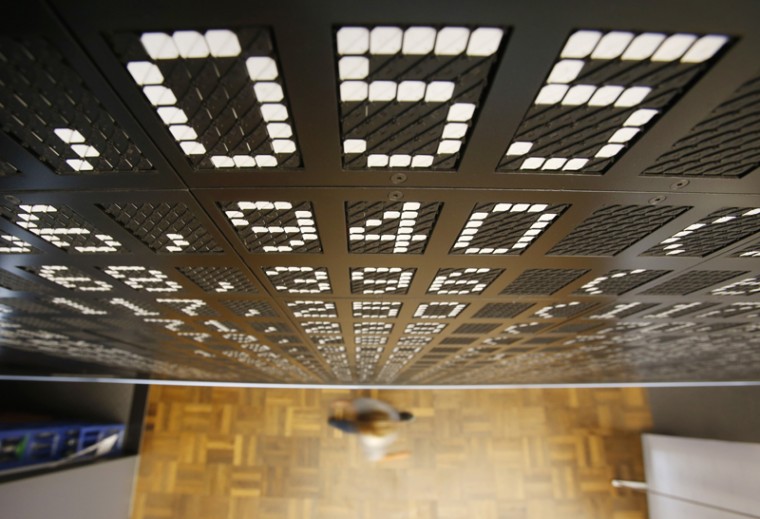 Various numbers are displayed on a board when the German stock index DAX went up close to 10,000 points at the stock market in Frankfurt, Germany, on Tuesday. (Michael Probst/AP)

Britain’s Greg Rutherford competes in the final of the mens long jump final at the World Athletics Championships at the Bird’s Nest stadium in Beijing on Tuesday. (Andy Wong/AP) 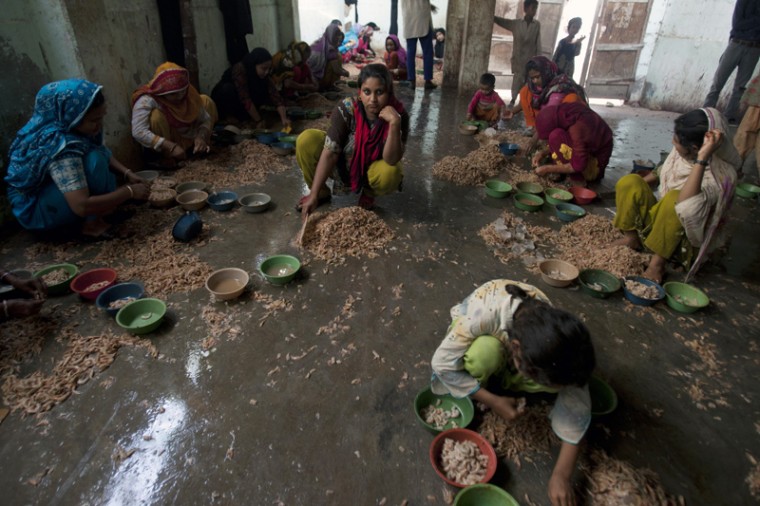 Pakistani girls, who work on daily wages, peel and clean shrimp to earn a living for their families in Karachi, Pakistan, on Tuesday.(Shakil Adil/AP) 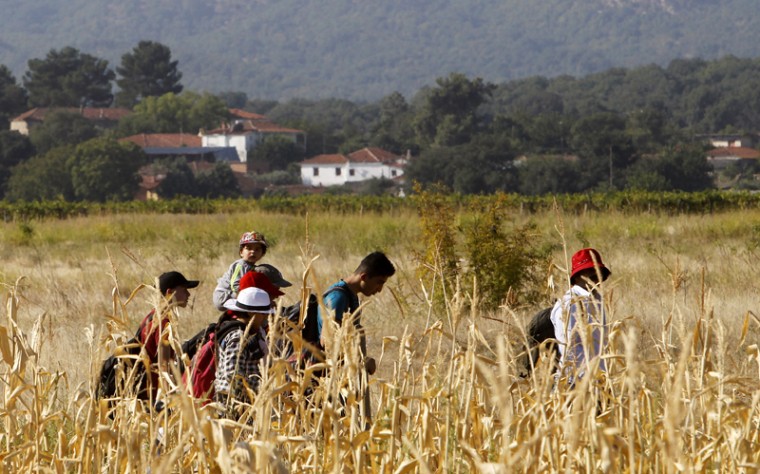 A group of migrants walk to the new transit center for migrants after entering into Macedonia from Greece on the border between the two countries, near southern Macedonia’s town of Gevgelija, on Tuesday. Thousands of migrants have poured into Macedonia and boarded trains and buses that are taking them a step closer to the European Union. The new surge of migrants has worried EU politicians and left the impoverished Balkan countries struggling to cope with the humanitarian crisis. (Boris Grdanoski/AP) 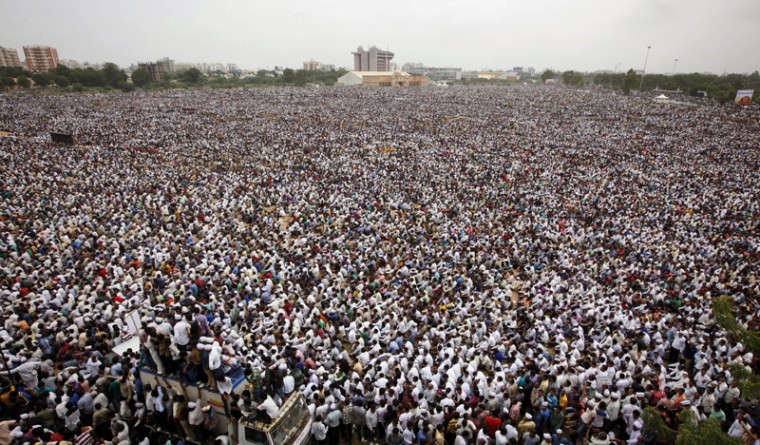 Tens of thousands of protestors from Gujarats Patel community participate in a rally in Ahmadabad, India, on Tuesday. The members of the community from this western Indian state are demanding affirmative action for better access to education and employment. (Ajit Solanki/AP) 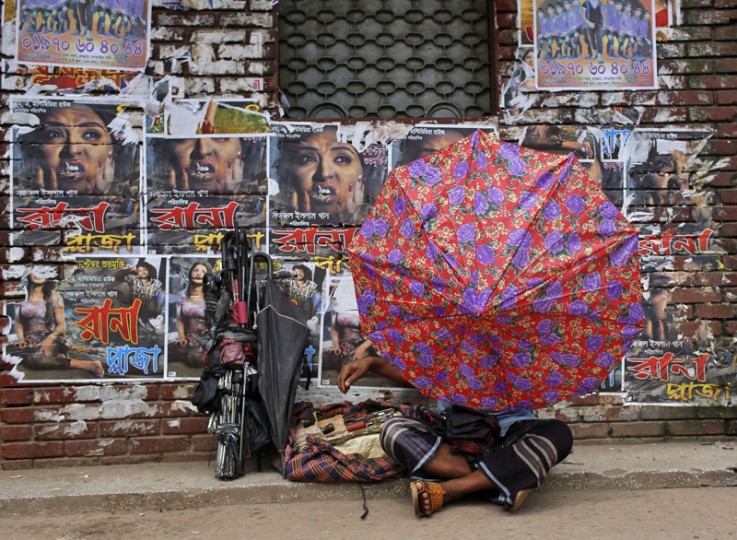 A Bangladeshi man fixes an umbrella as he sits in front of the posters of a film Rana Plaza pasted on the wall of a movie theatre in Dhaka, Bangladesh, Tuesday. Bangladesh’s High Court has imposed a six-month ban on the screening of the movie about a garment worker who was rescued from the rubble 17 days after a five-story factory complex collapsed more than two years ago, killing more than 1,000 people. (A.M. Ahad/AP) 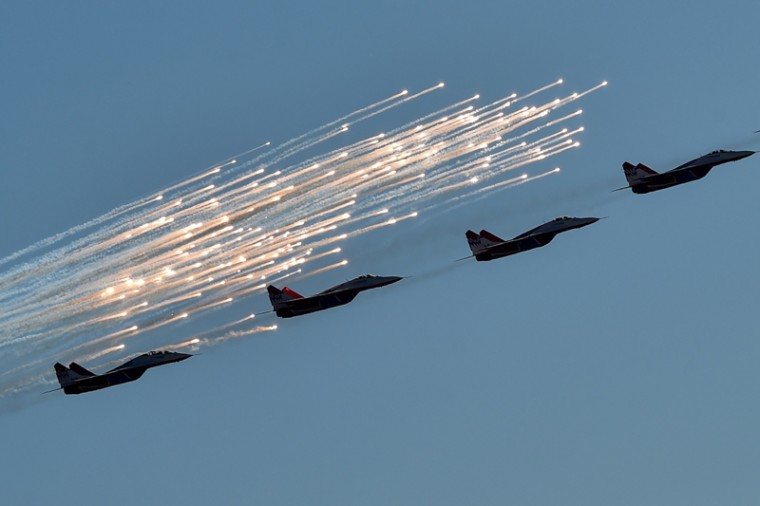 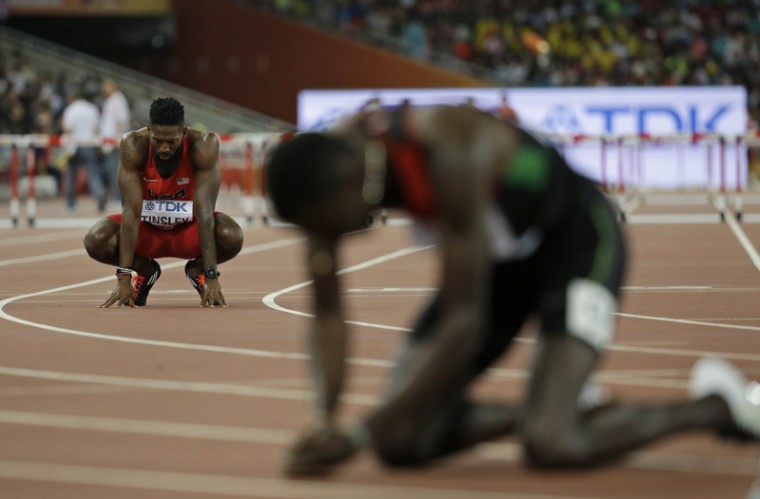 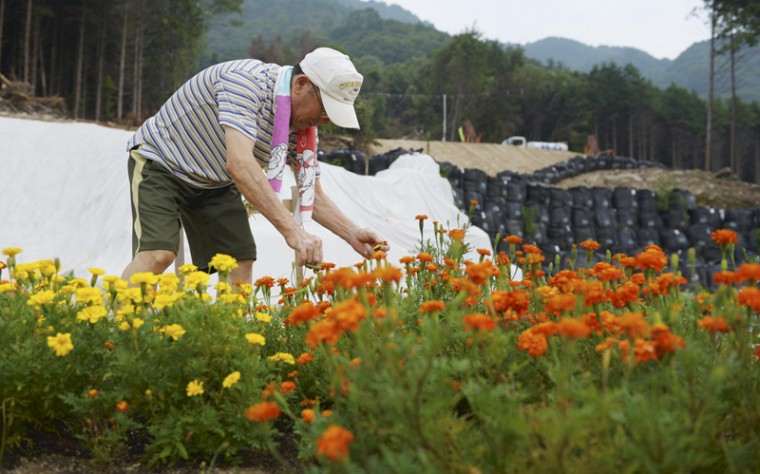 Shinzo Tachikawa takes care of flowers at the site where his brother and sister-in-law used to live in Hiroshima, on Aug. 7. Sandbags are piled on slopes where scars left by the landslide are still visible. (The Japan News/Yomiuri) 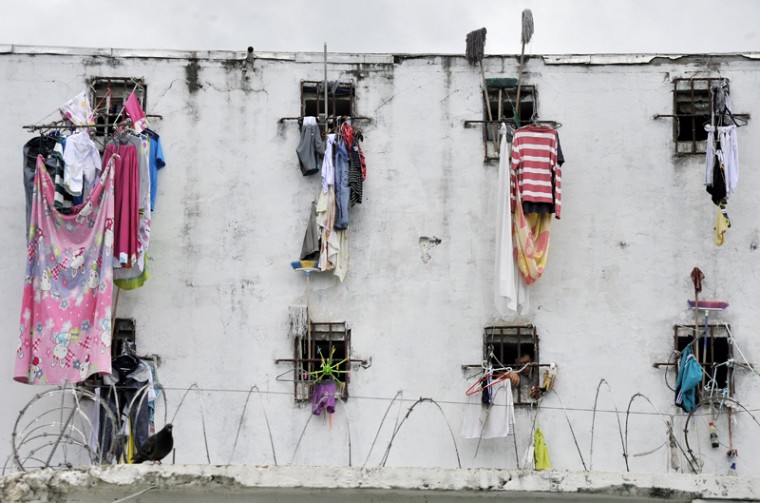 Clothes hang from the windows of La Modelo prison in Bucaramanga, Colombia, on Friday. In a prison in the mountains of Colombia, a government program gathers former guerrillas and former paramilitaries, once mortal enemies and today demobilized, in order to prove that reconciliation is possible. (GUILLERMO LEGARIA/AFP/Getty Images) 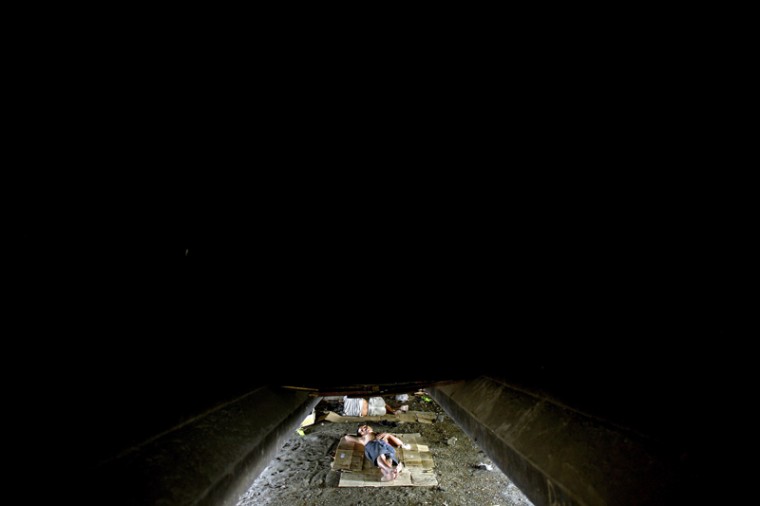 A homeless man sleeps under a flyover in Manila on Tuesday. Roughly one quarter of the nation’s 100 million people live in poverty, which is defined as surviving on about one U.S. dollar a day, according to government data. (NOEL CELISNOEL CELIS/AFP/Getty Images) 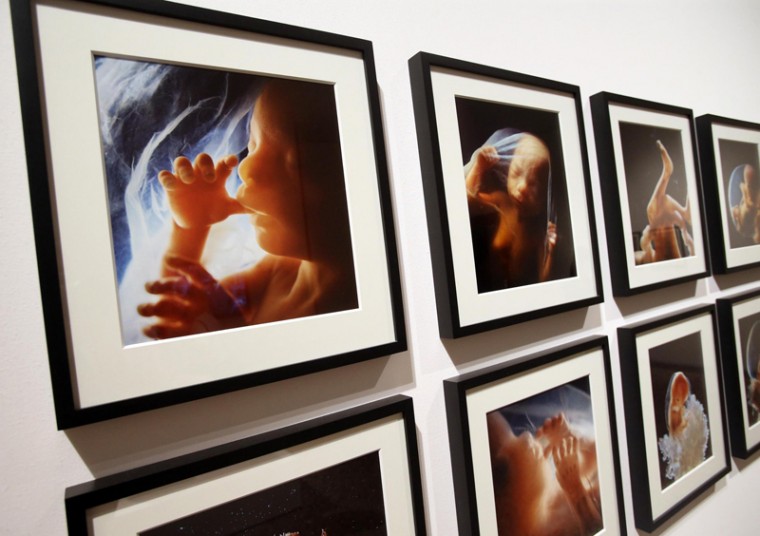 Photos of “A Child is born” work by Swedish photographer Lennart Nilsson are displayed during the media preview of an exhibit focusing on motherhood titled “The Great Mother” at Milans Palazzo Reale, Italy, on Tuesday. The exhibit, curated by the Nicola Trussardi Foundations artistic director Massimiliano Gioni, is opening Wednesday on the sidelines of Expo 2015 world’s fair and features over 400 works by 139 international artists, writers and directors. (Matteo Bazzi/ANSA via AP)