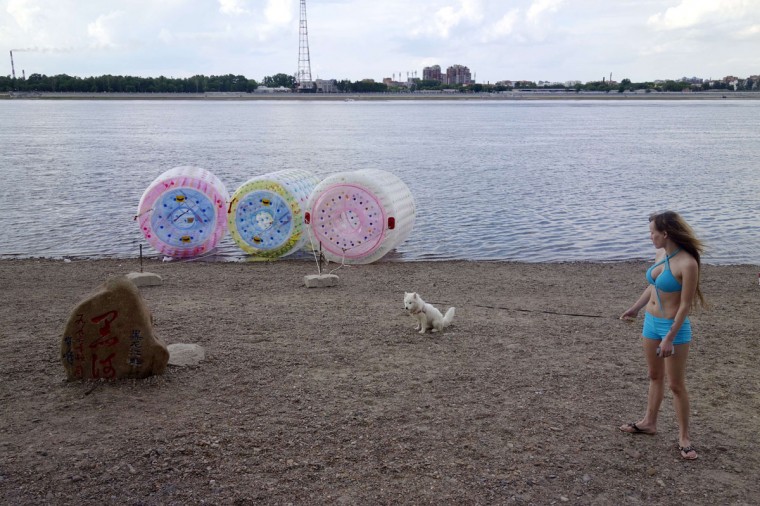 This picture taken on July 4, 2015 shows a Russian woman walking her dog on the banks of the Heilongjiang River in the border city of Heihe, northeastern China’s Heilongjiang province. The warmth of the friendship between Chinese President Xi Jinping and Russia’s Vladimir Putin — who meet July 8 for the eighth time in two years — does little to counter the bitter economic winds blowing through their shared border. (WANG ZHAO/AFP/Getty Images) 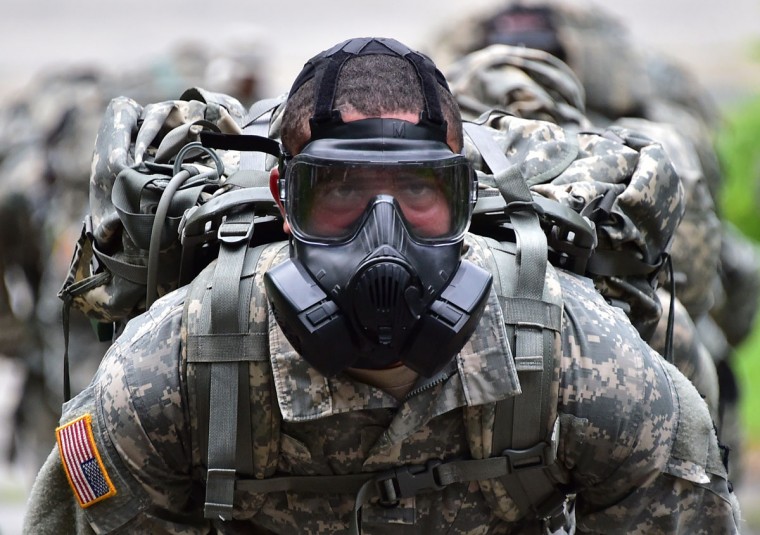 A U.S. soldier wears a gas mask during a competition to test individual skills at a U.S. Army base in Uijeongbu, north of Seoul, on July 8, 2015. The goal of the competition is to foster esprit de corps across the units participating and to continue to strengthen the US-South Korea alliance. (JUNG YEON-JE/AFP/Getty Images) 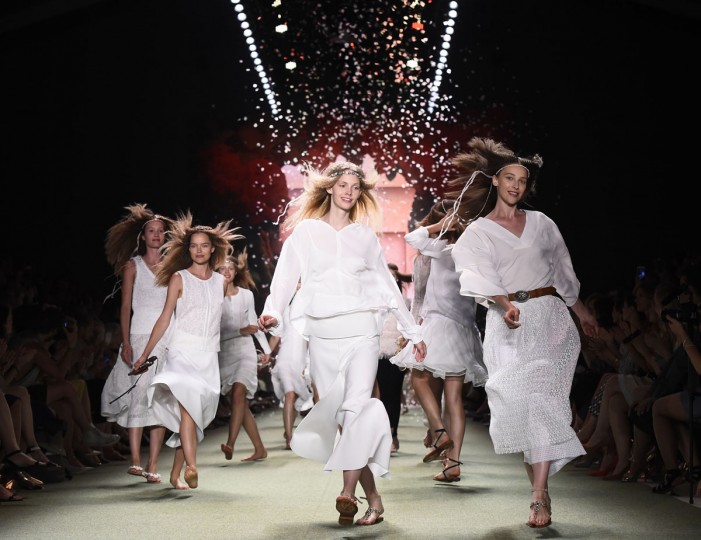 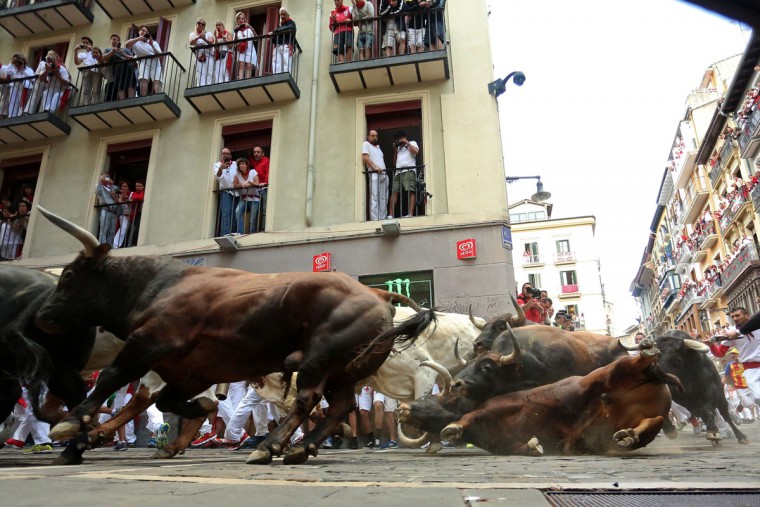 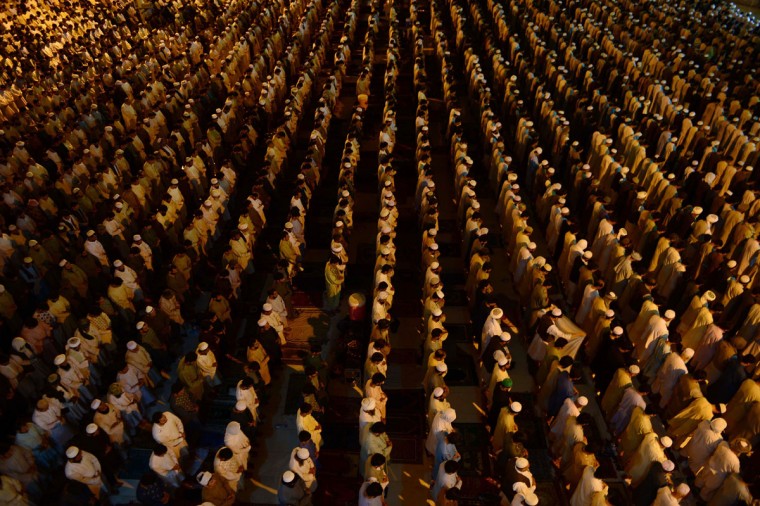 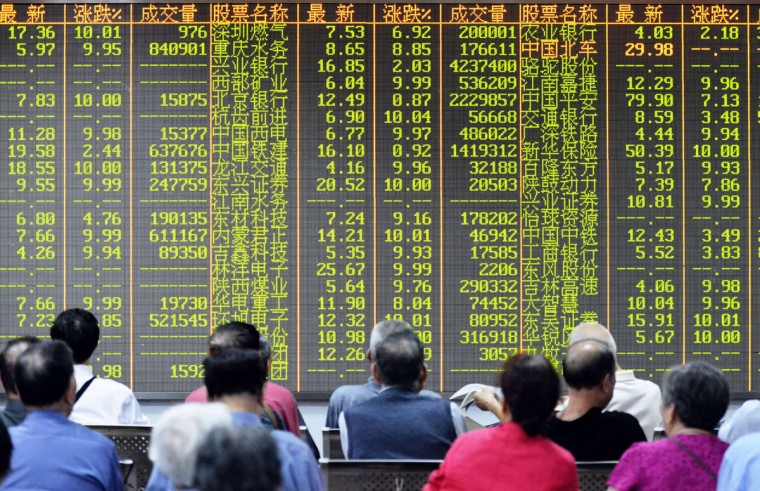 Investors sit in front of a screen showing market movements in a stock firm in Hangzhou, eastern China’s Zhejiang province on July 8, 2015. China’s benchmark Shanghai stock index was down more than 4.5 percent by mid-morning as additional government moves failed to shore up the tumbling market and contagion began to spread elsewhere. (CHINA OUTSTR/AFP/Getty Images) 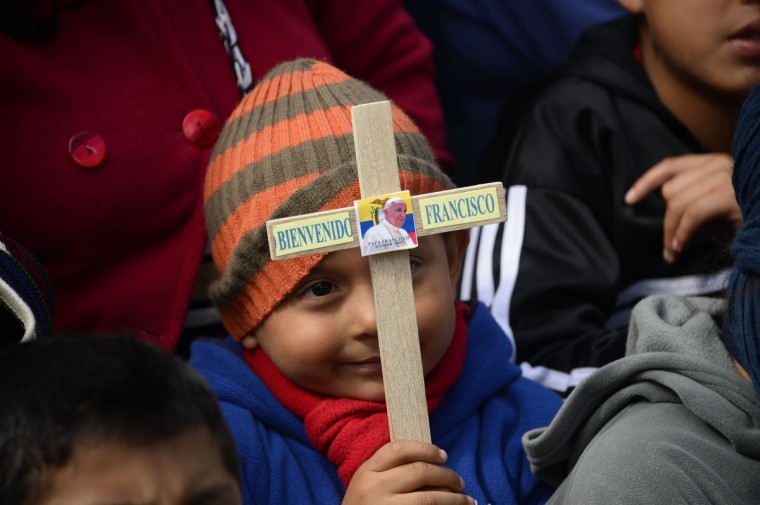 Faithful wait for Pope Francis at the Marian National Shrine of “El Quinche” in the outskirts of Quito on July 8, 2015. Pope Francis, the first Latin American pontiff, heads Wednesday to Bolivia on the second leg of a three-nation tour of the continent’s poorest countries, where he has been acclaimed by huge crowds. Francis will arrive in the Andean state from Ecuador, where he will wrap up his stay with a visit to a sanctuary of the Virgin of El Quinche outside the capital Quito. (JUAN CEVALLOS/AFP/Getty Images) 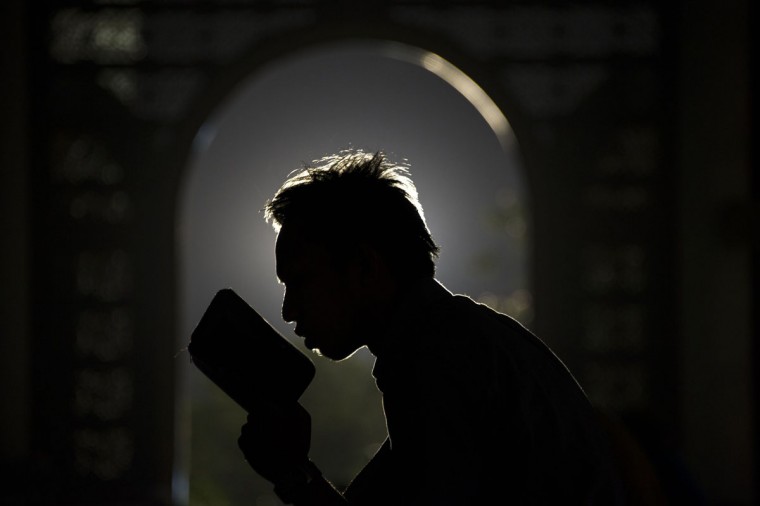 An Indonesian Muslim devotee prays over a Quran as the month of Ramadan continues at a mosque in Surabaya on the eastern Java island on July 8, 2015. (JUNI KRISWANTO/AFP/Getty Images) 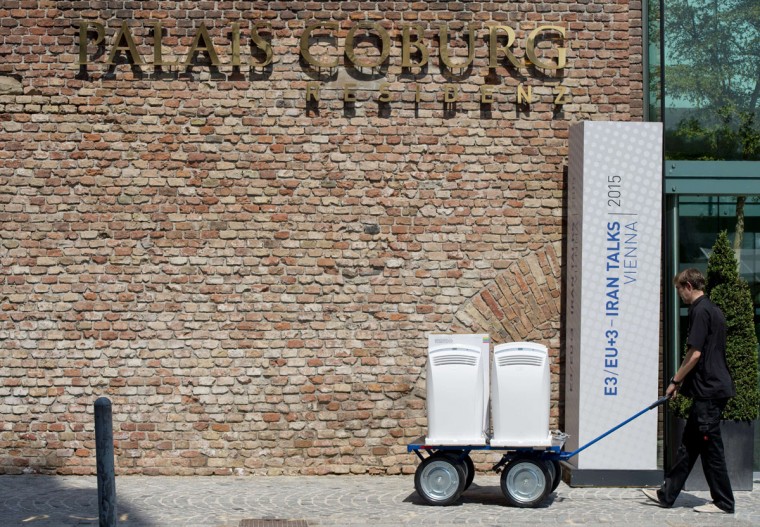 A worker brings compact air conditioners to the Palais Coburg Hotel, where the Iran nuclear talks meetings are being held, in Vienna, Austria on July 7, 2015. (JOE KLAMAR/AFP/Getty Images) 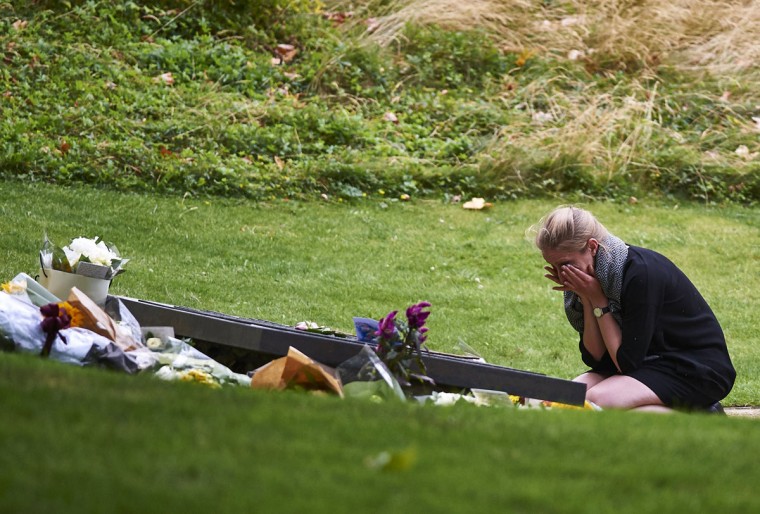 A woman cries at the memorial plaque in London’s Hyde Park on July 7, 2015, in memory of the 52 victims of the 7/7 London attacks. (NIKLAS HALLE’N/AFP/Getty Images) 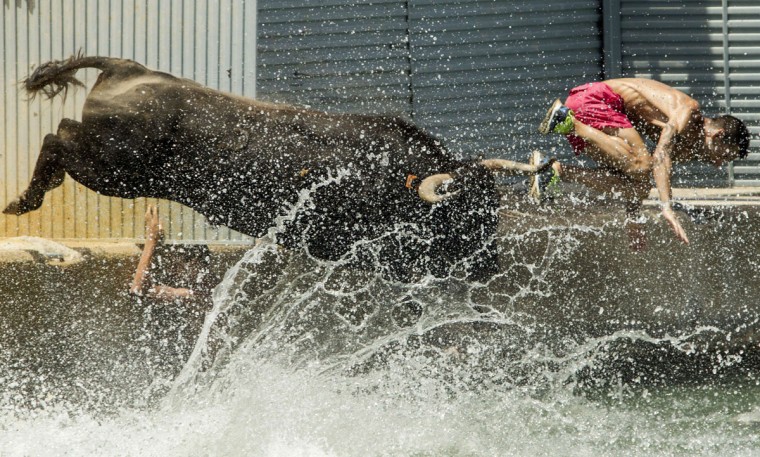 A man and a bull jump into the water during the traditional running of bulls “Bous a la mar” (Bull in the sea) on Denia’s harbour, near Alicante on July 7, 2015. (JOSE JORDAN/AFP/Getty Images) 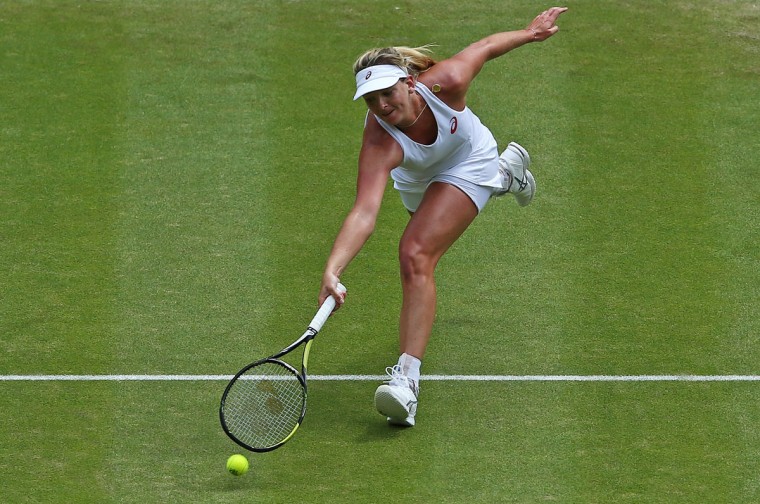 U.S. player Coco Vandeweghe stretches to return to Russia’s Maria Sharapova during their women’s quarterfinals match on day eight of the 2015 Wimbledon Championships at The All England Tennis Club in Wimbledon, southwest London, on July 7, 2015. (JUSTIN TALLIS/AFP/Getty Images) 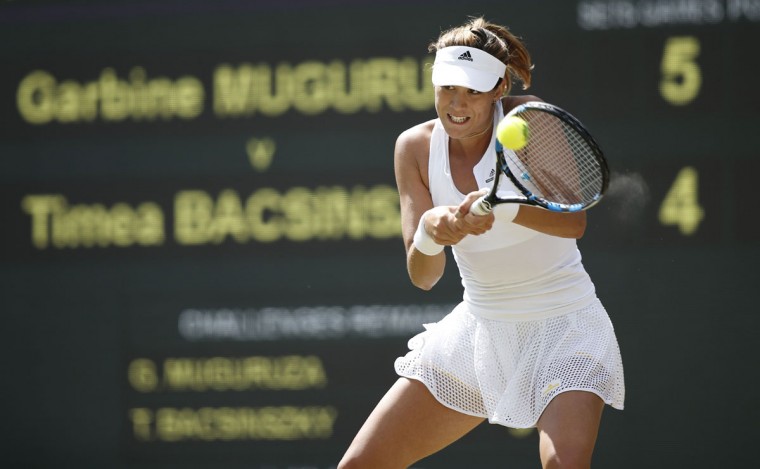 Spain’s Garbine Muguruza returns against Switzerland’s Timea Bacsinszky during their women’s quarterfinal match on day eight of the 2015 Wimbledon Championships at The All England Tennis Club in Wimbledon, southwest London, on July 7, 2015. (ADRIAN DENNIS/AFP/Getty Images) 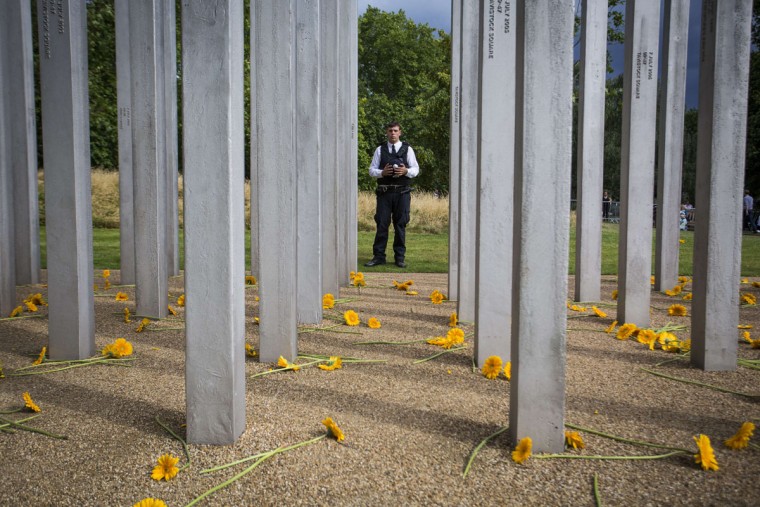 A police officer pays his respects after a service at the 7/7 memorial in London’s Hyde Park on July 7, 2015, in memory of the 52 people killed during the 7/7 London bombings of 2005. (JACK TAYLOR/AFP/Getty Images)