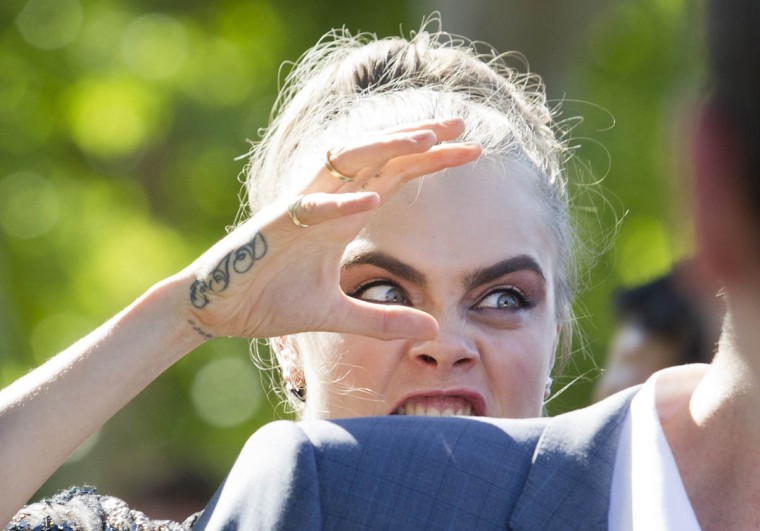 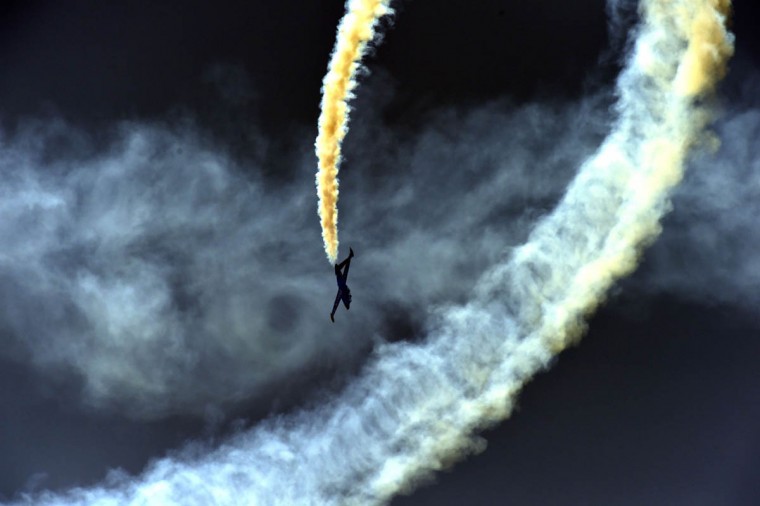 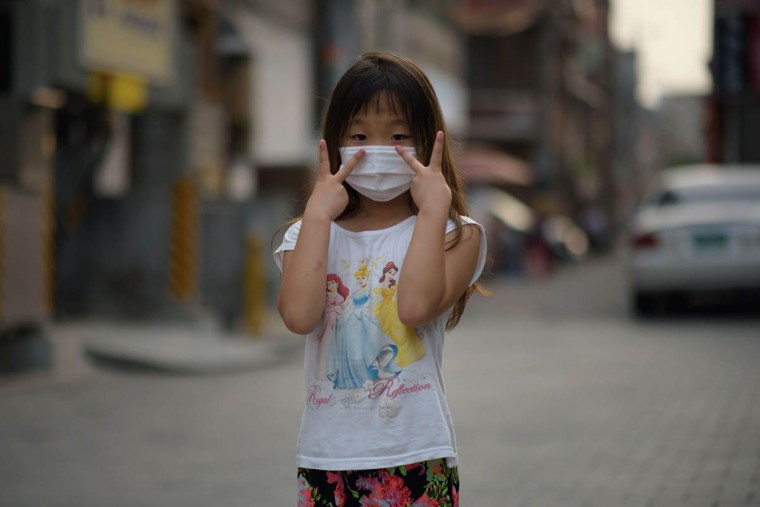 Mask wearer Choi Lin, 7, poses for a photo on a street in the Sinchon area of Seoul. As the death toll from MERS mounts in South Korea, face masks are an increasingly common sight, as they are in other parts of east Asia during flu season, but some health experts doubt they do much more than provide reassurance to the wearer. (Ed Jones/Getty Images) 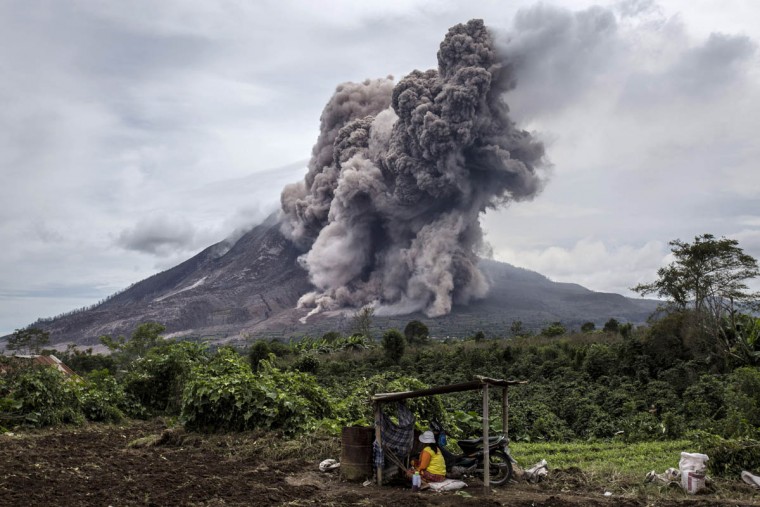 A local farmer sits on her fields as Mount Sinabung spews pyroclastic smoke, seen from Tiga Kicat village in Sukanalu village, North Sumatra, Indonesia. According The National Disaster Mitigation Agency, more than 10,000 villagers have fled their homes since the authorities raised the alert status of Mount Sinabung erupting to the highest level. (Ulet Ifansasti/Getty Images) 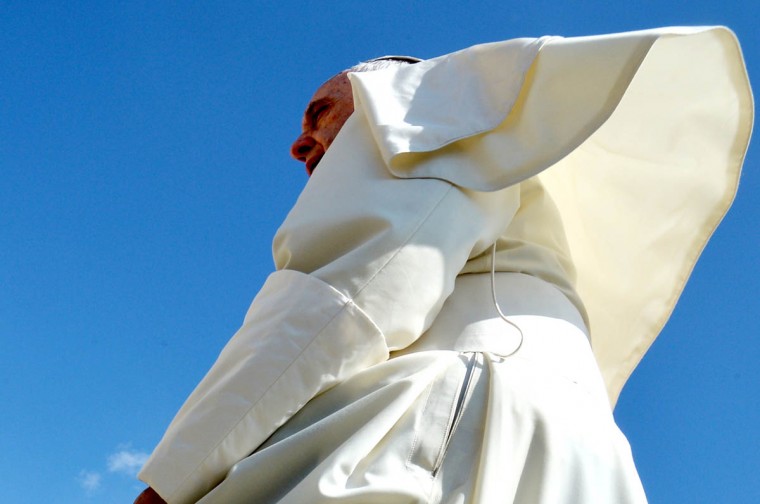 Pope Francis is pictured during a weekly general audience at St Peter’s square at the Vatican. (Alberto Pizzoli/Getty Images) 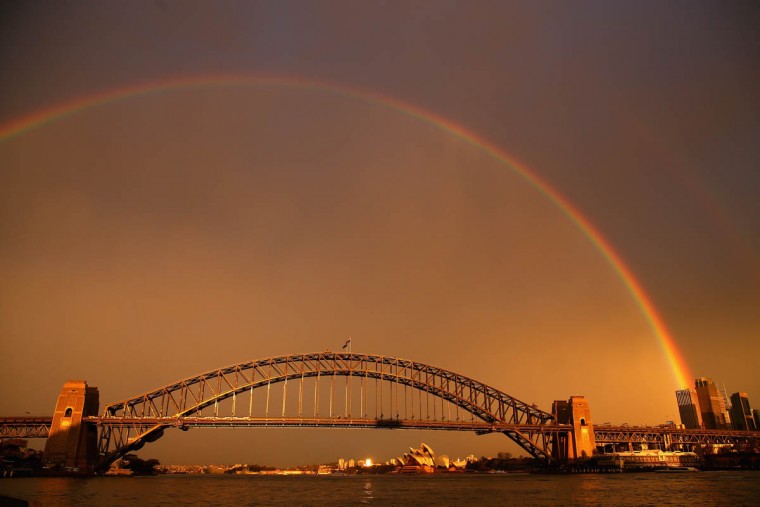 A rainbow is seen over the Sydney Harbour Bridge in Sydney, Australia. (Cameron Spencer/Getty Images) 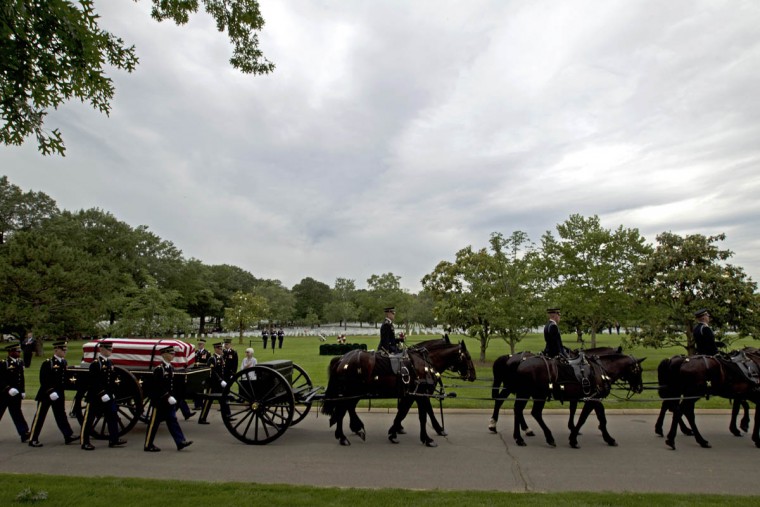 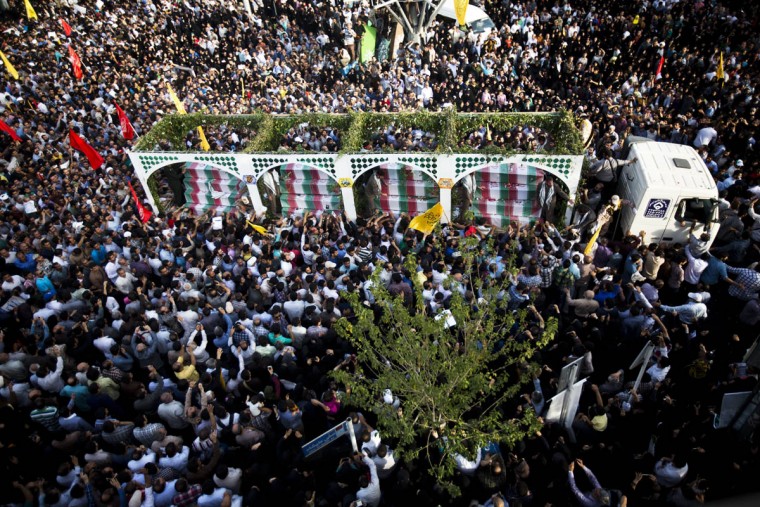 Iranians follow a truck carrying coffins towards Tehran’s Baharestan square during a funeral procession for 270 victims of the Iran-Iraq war (1980-1988) (175 of them belonging to a group of military divers), a month after their bodies have been repatriated in Iran. The divers were responsible for breaking the enemy lines during an operation in 1986 with the aim of taking Basra in southern Iraq, but the operation was discovered by the Iraqi army that killed a large number of Iranian military and made others as prisoners. (Behrouz Mehri/Getty Images) 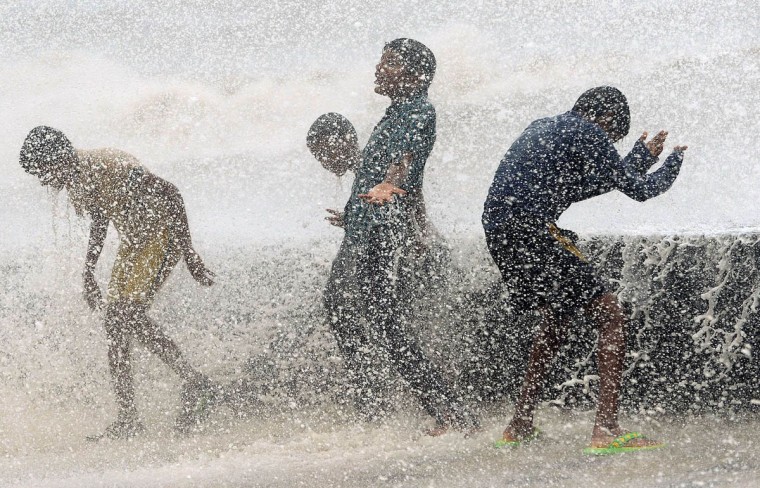 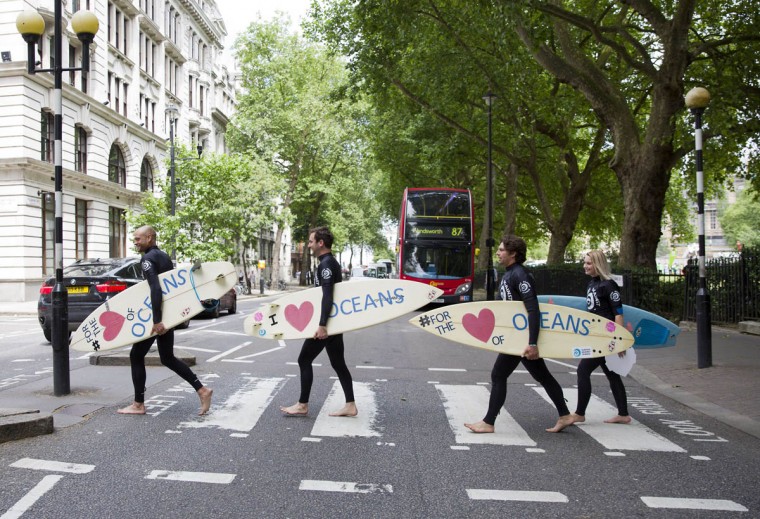 Climate change campaigners in wetsuits holding surfboards cross the road by the Houses of Parliament in London, ahead of a mass lobby to urge members of parliament to back strong action on climate change. (Justin Tallis/Getty Images) 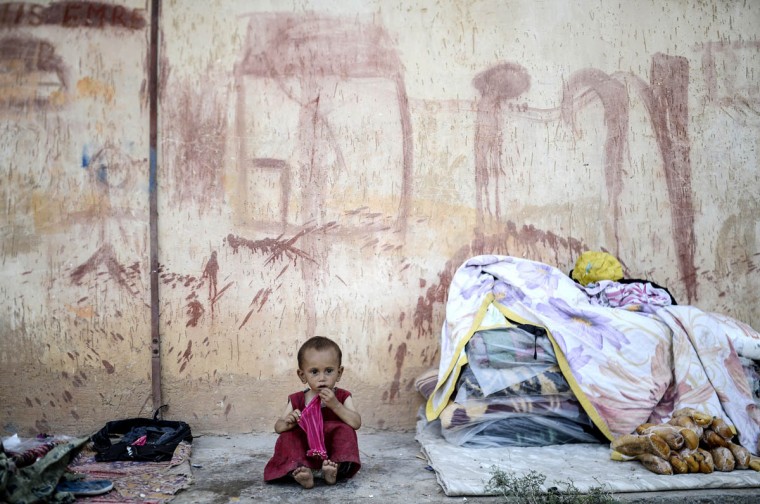 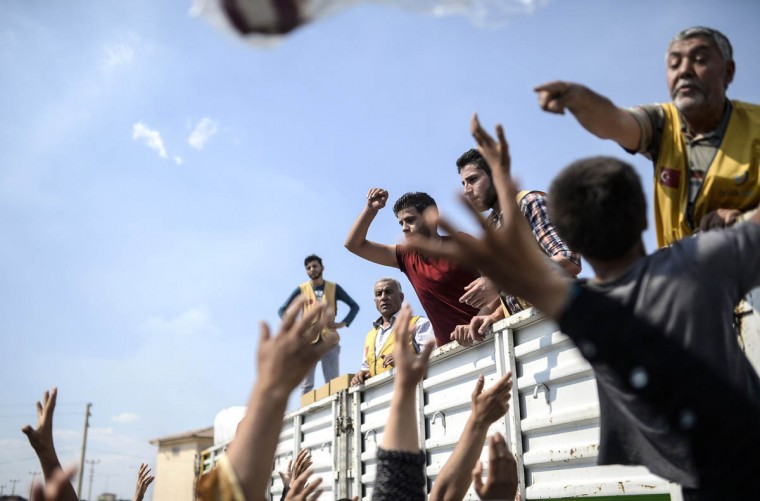 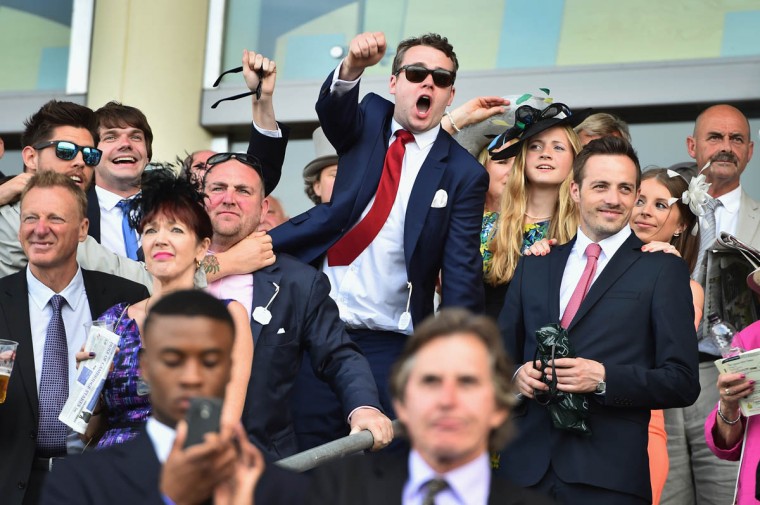 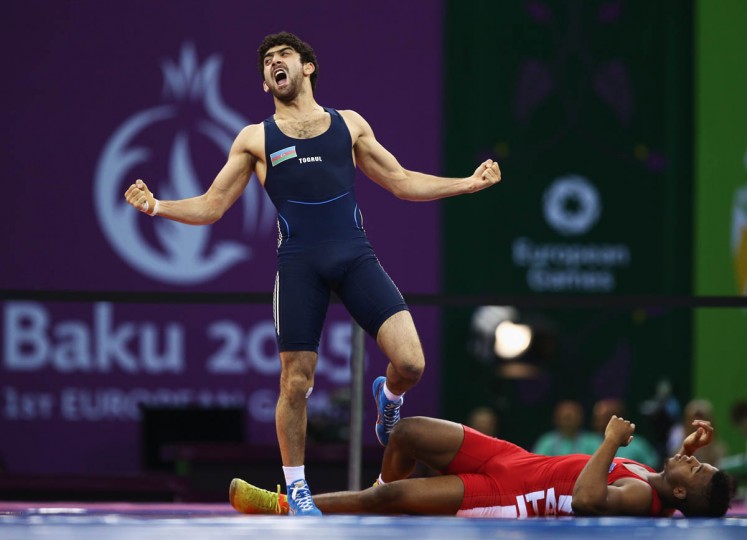 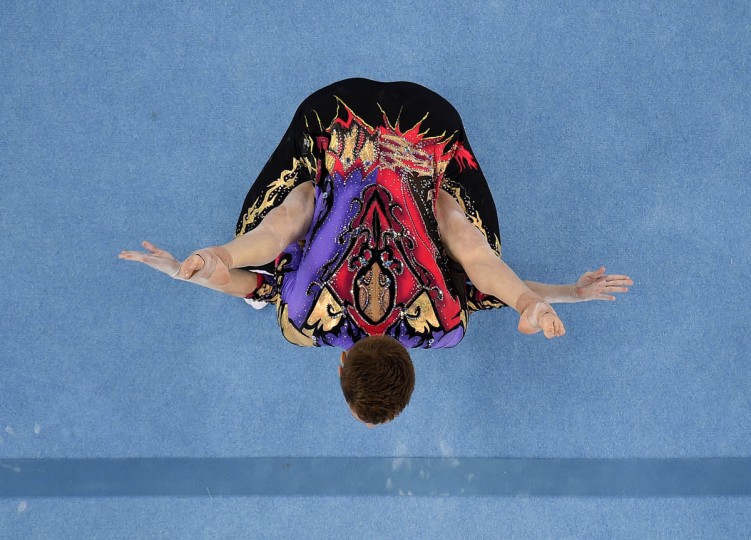 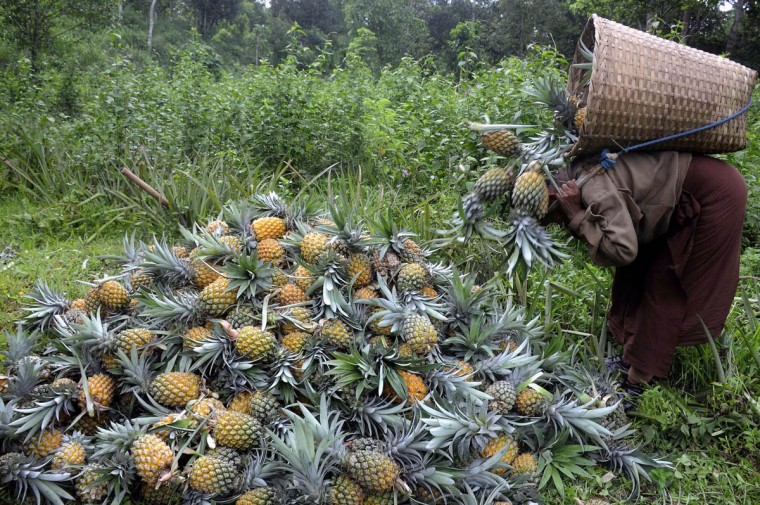 An Indian labourer piles up pineapples after picking them at a farm in Agartala. Labourers at the pineapple orchard earn 300 rupees (USD 4.5) a day for picking them and loading on trucks to head to market where they are sold for 20 rupees each. (Arindam Dey/Getty Images)