It was a clear spring day in 1937 when Amelia Earhart, ready to make history by flying around the world, brought her personal photographer to a small Southern California airport to document the journey’s beginning.

Al Bresnik took dozens of still photos, including a few that have likely been seen by millions. His brother John, who tagged along, made a very dark, grainy 3.5-minute home movie almost nobody saw — until now. 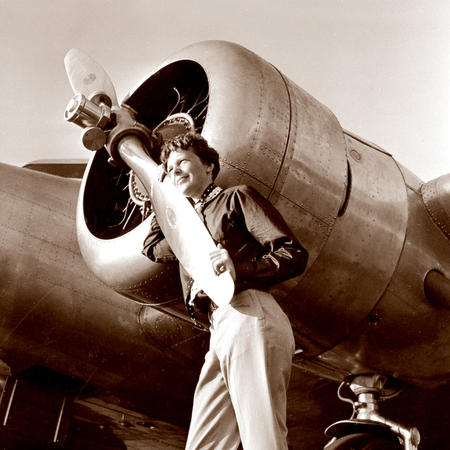 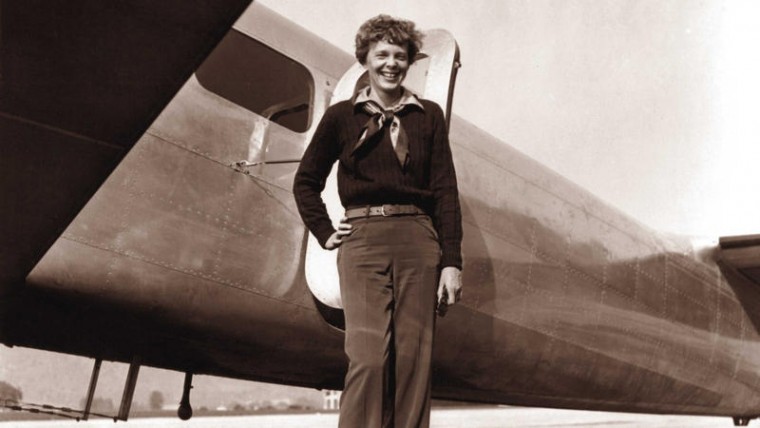 The film, taken with a 16-milimeter camera, sat on a shelf in the office of his father for more than 50 years until his death in 1992, said Bresnik’s son, also named John. After that, it sat in the younger man’s home in Escondido, California, for about 20 more years.

“I didn’t even know what was on the film until my dad died and I took it home and watched it,” Bresnik said recently. “It just always sat it in a plain box on a shelf in his office, and on the outside it said, ‘Amelia Earhart, Burbank Airport, 1937.’ ”

He can’t say with certainty that his father took the film, although he knows his uncle didn’t because he’s in it.

So is Earhart, looking jaunty and more playful than the public persona she sometimes projected. Dressed in a smart pantsuit rather than her standard flight jacket, she shows people around the plane, clambers on top to pose for still photos and occasionally grins broadly, something she rarely did in her official photos.

“It shows a more feminine side of her,” says Nicole Swinford, who wrote the accompanying book.

Richard Gillespie, executive director of the International Group For Historic Aircraft Recovery, said the film is obviously authentic, but he believes it was taken in March 1937 and not in May, as Swinford concludes.

It was in March that Earhart made her first attempt to become the first woman to circle Earth when she left from California. She only got as far as Hawaii, where she crashed her twin-engine Electra L-10E on takeoff and had to have it shipped home for repairs.

“You can tell from the way the airplane’s configured,” said Gillespie who has studied Earhart for nearly 30 years. “The airplane as shown in the film is very clearly the pre-repaired airplane.”

Whatever the date of the photo shoot, Earhart and her navigator, Fred Noonan, left what’s now known as Bob Hope Airport in Burbank on May 21, 1937, for a second try, this time heading east. Gillespie doubts there was a photo shoot before that flight because she left quietly that time.

Earhart and Noonan were about two-thirds through their journey when they left New Guinea on July 2 for Howell Island, a tiny speck of land in the Pacific, midway between Australia and Hawaii. In one of her last radio transmissions, the pilot said she thought they were near but couldn’t see the island and were low on fuel.

The first woman to fly solo across the Atlantic, Earhart was one of the most recognizable celebrities of her time, and Westfall acknowledged that plenty of people may have taken her photo during stops on that trip.

But this appears to be the final film heralding her departure from California on the first leg of what would be her final flight.