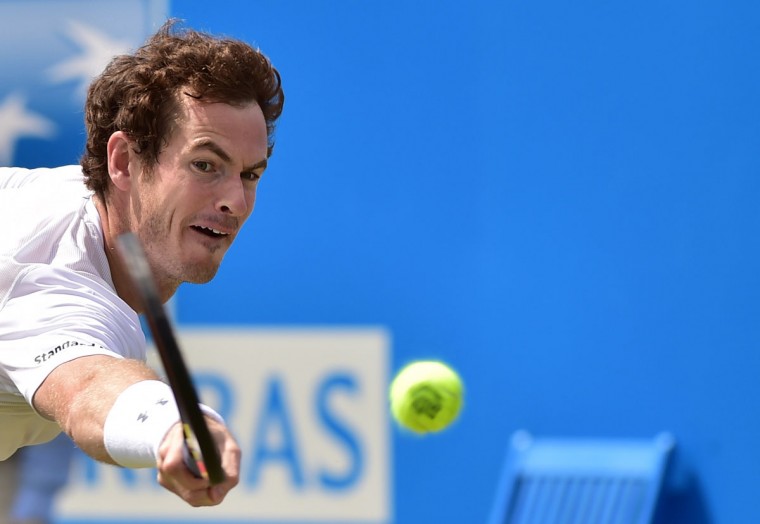 Britain’s Andy Murray returns to Spain’s Fernando Verdasco during his second round match at the ATP Aegon Championships tennis tournament at the Queen’s Club in west London on June 18, 2015. (LEON NEAL/AFP/Getty Images) 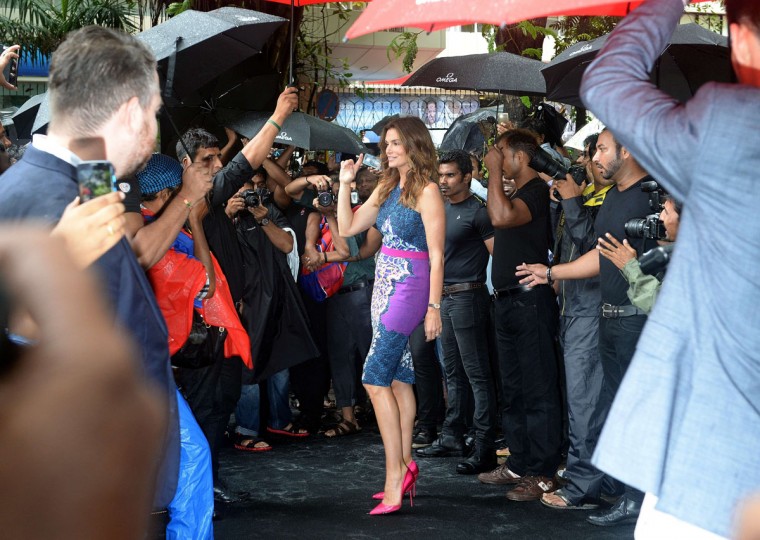 US model Cindy Crawford poses as she arrives for a promotional event in Mumbai on June 18, 2015. (INDRANIL MUKHERJEE/AFP/Getty Images) 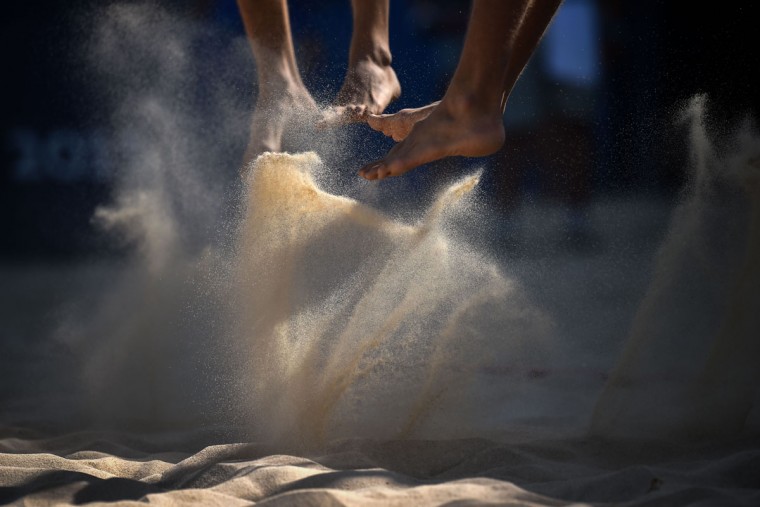 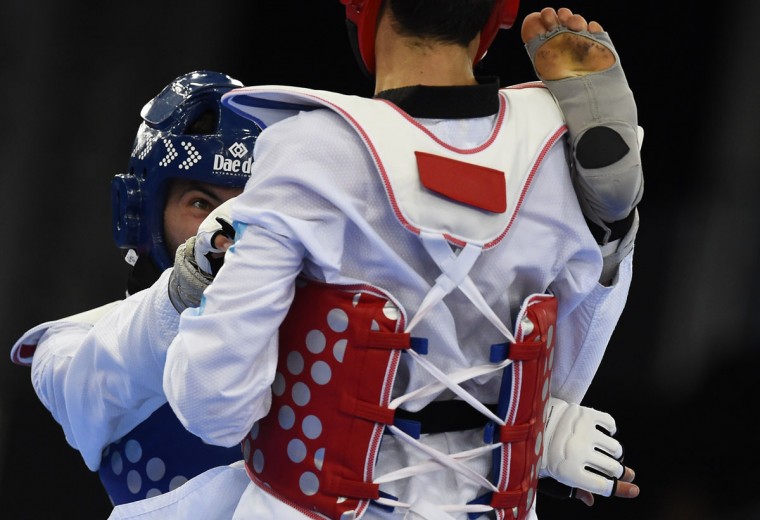 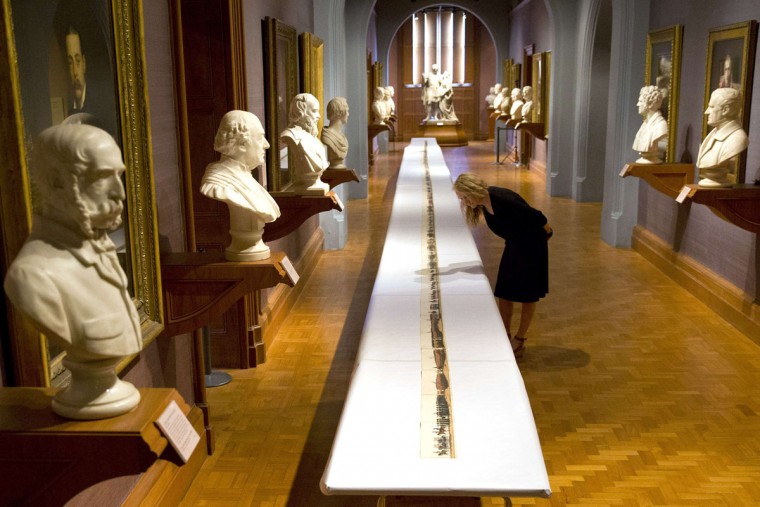 A gallery assistant poses for photographers as she looks at a 67 feet long print showing the complete funeral procession of the Duke of Wellington on the 200th Anniversary of the Battle of Waterloo in London on June 18, 2015. The print by George Augustus Salas was one of many souvenirs to commemorate the event in September 1852. (JUSTIN TALLIS/AFP/Getty Images) 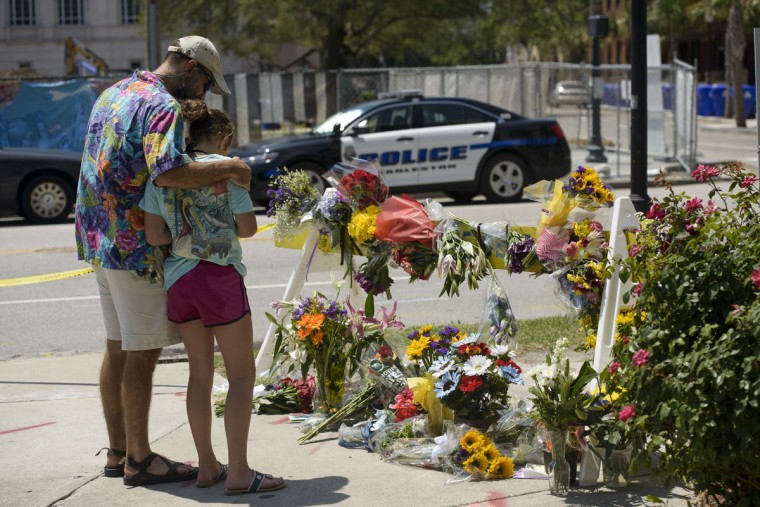 People visit a makeshift memorial near the Emanuel AME Church June 18, 2015 in Charleston, South Carolina, after a mass shooting at the Church on the evening of June 17, 2015. (BRENDAN SMIALOWSKI/AFP/Getty Images) 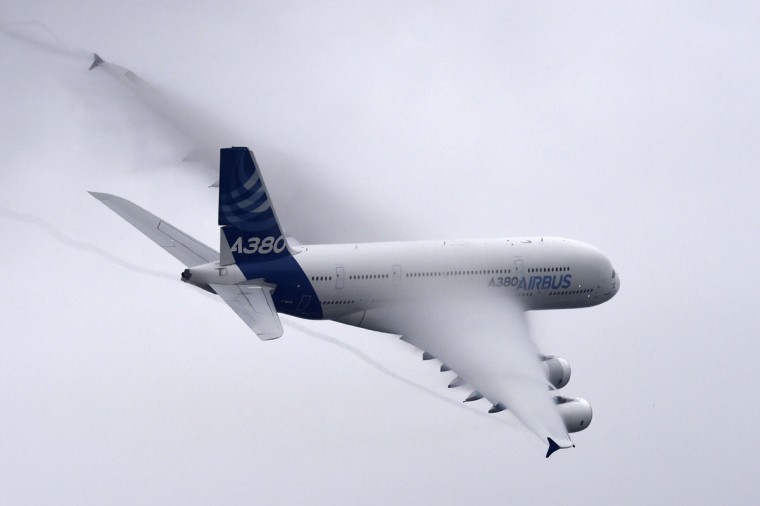 An Airbus A380 airplane performs at the International Paris Airshow in Le Bourget on June 18, 2015. The airshow will be open to the general public from June 19 to 21. (MIGUEL MEDINA/AFP/Getty Images) 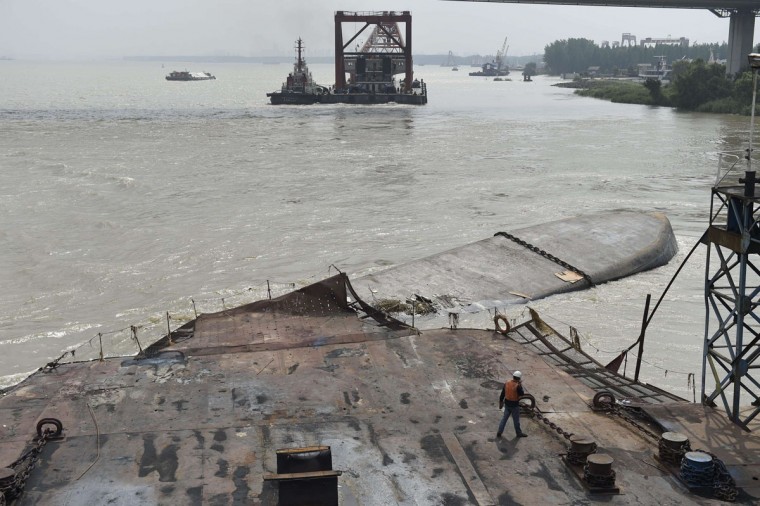 A rescue worker (bottom center right) walks towards a Chinese cargo ship after it capsized on the Yangtze river near the eastern city of Nanjing in east China’s Jiangsu province on June 18, 2015, with casualties remaining unknown, according to state media. (AFP/Getty Images) 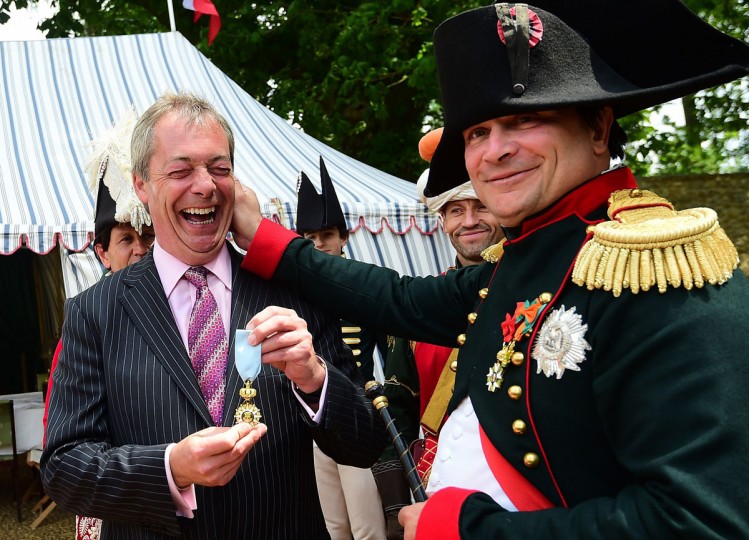 French lawyer Franck Samson, dressed as Napoleon Bonaparte (right) pulls the ear of UK Independence Party leader Nigel Farage at Napoleon Bonaparte headquarters during the celebrations of the 200th anniversary of The Battle of Waterloo in Waterloo, on June 18, 2015. (EMMANUEL DUNAND/AFP/Getty Images) 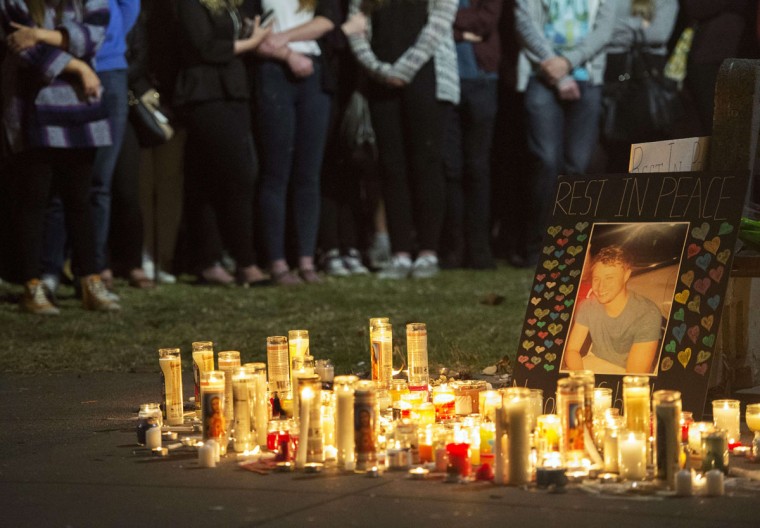 People stand in silence at a memorial for those who lost their lives after a balcony gave way in Berkeley, California on June 17, 2015. (Josh Edelson/AFP/Getty Images) 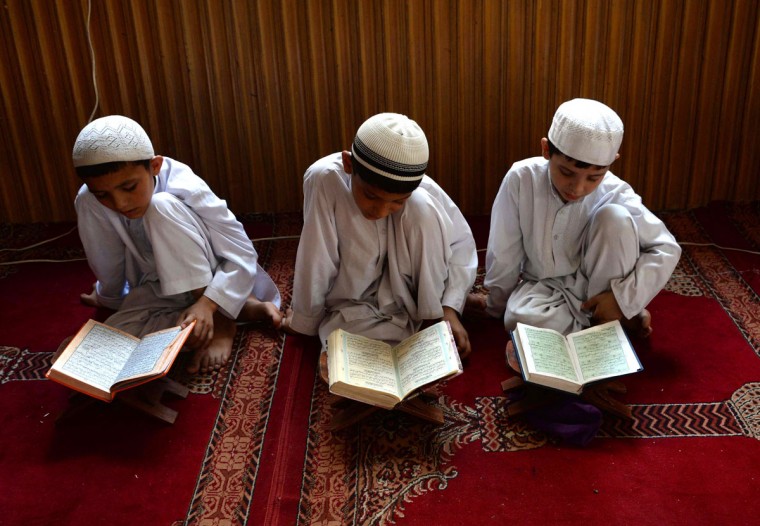 Afghan children study the Quran during first day of the month of Ramadan at a mosque in Jalalabad on June 18, 2015, Islam’s holy month of Ramadan, which is calculated on the sighting of the new moon, will begin on June 18 in Afghanistan. (Noorullah Shirzada/AFP/Getty Images) 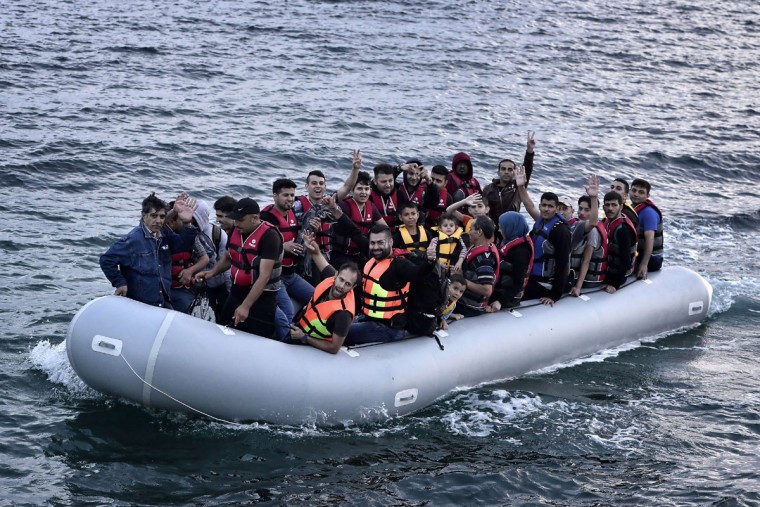 Syrian refugees flash the victory sign as they sit aboard a dinghy carrying heading to the island of Lesbos early on June 18, 2015. (LOUISA GOULIAMAKI/AFP/Getty Images) 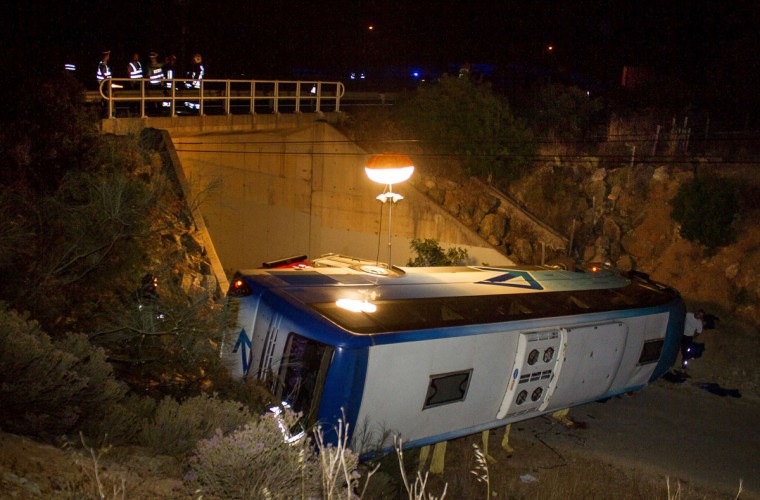 Rescue workers stand on a bridge above an overturned bus off the highway A2 near Albufeira, in the early hours on June 18, 2014 after skidded off the road and down an embankment killing three Dutch tourists and injuring another 31. (MIGUEL FERREIRA/AFP/Getty Images) 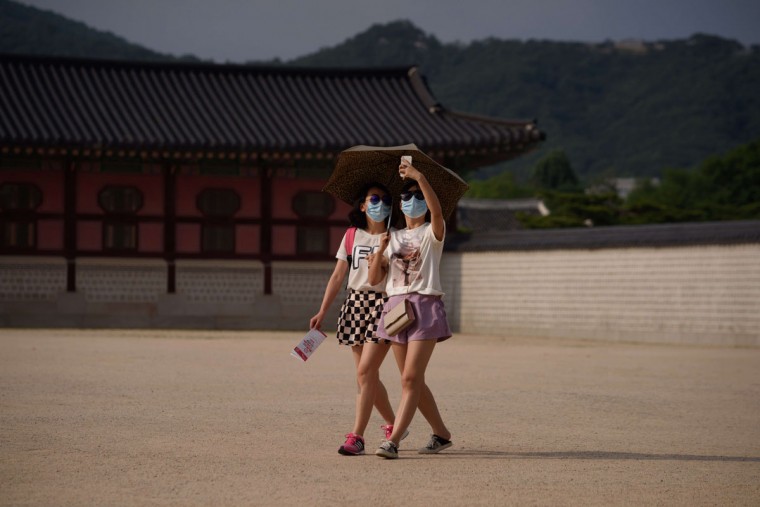 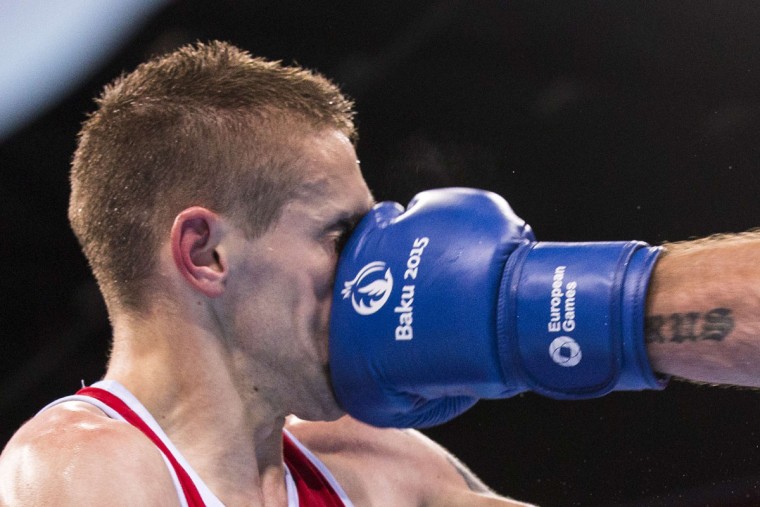 Croatia’s Matteo Komadina (red) fights with Israel’s Igor Lazarev during the mens light (60kg) round of 32 boxing fight at the 2015 European Games in Baku on June 18, 2015. (JACK GUEZ/AFP/Getty Images)