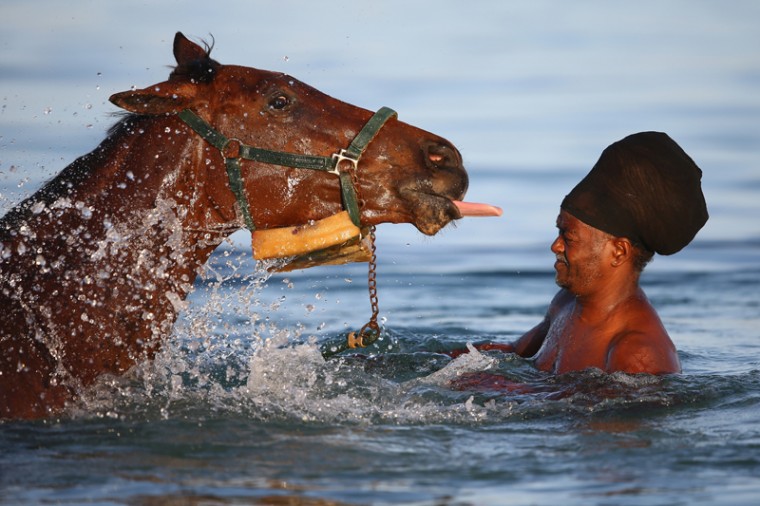 Race horses stabled at the nearby Garrison course are taken by grooms to the sea for aerobic exercise and recovery on Saturday.Trainers consider the aerobic exercise a break from trackwork and monotony of being confined to the stables and vital in the horses’ fitness preparation. (Michael Steele/Getty Images) 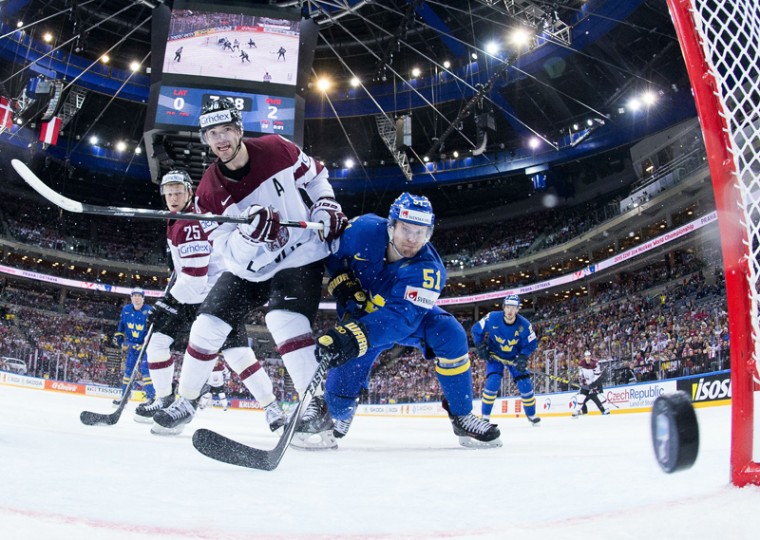 Forward Lauris Darzins of Latvia shoots during the group A preliminary round ice hockey match Latvia vs Sweden of the IIHF International Ice Hockey World Championship on Monday at the O2 Arena in Prague. (JOEL MARKLUND/AFP/Getty Images) 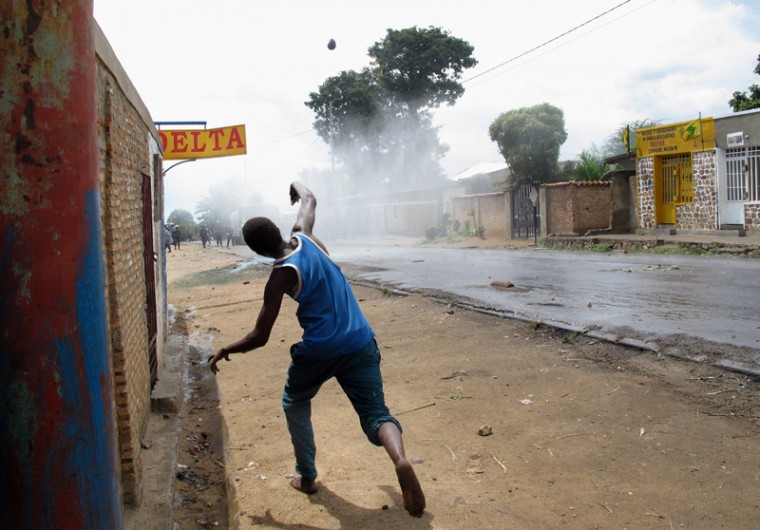 A protester throws stones at police during street battle in the Mugasa district of Bujumbura on Monday. Police fatally shot at least four demonstrators, including two in Musaga, in running battles with protesters angry at a bid by President Pierre Nkurunziza to extend his rule. (AYMERIC VINCENOT/AFP/Getty Images) 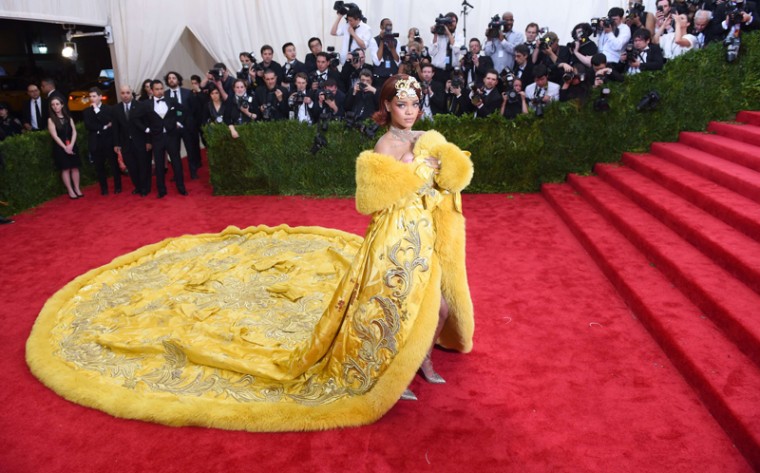 Rihanna arrives at the 2015 Metropolitan Museum of Art’s Costume Institute Gala benefit in honor of the museum’s latest exhibit, “China: Through the Looking Glass.” on Monday in New York. (TIMOTHY A. CLARY/AFP/Getty Images) 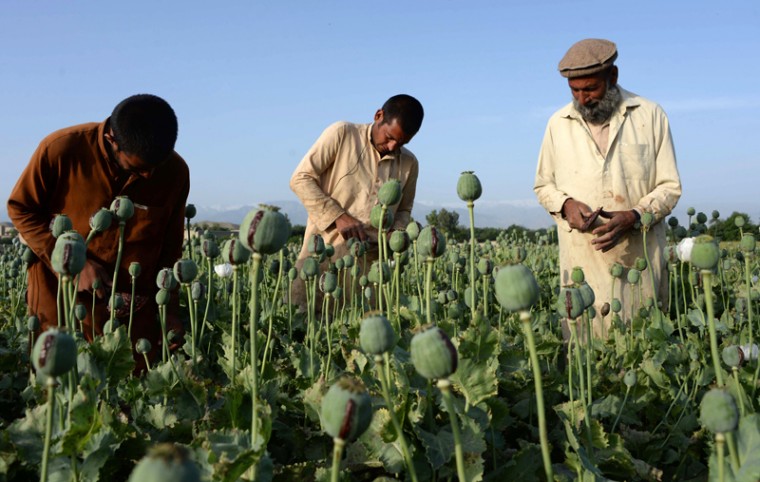 Afghan farmers harvest opium sap from a poppy field in Surkh Rod District, of Nangarhar province near Jalalabad on Tuesday. Opium poppy cultivation in Afghanistan reached a record high in 2014, a UN report has revealed, highlighting the failure of the U.S.-led campaign to crack down on the lucrative crop. The total area under cultivation was about 553,500 acres in 2014, a seven percent increase over the previous year, according to the Afghanistan Opium Survey released by the UN Office on Drugs and Crime. (Noorullah Shirzada/AFP/Getty Images ) 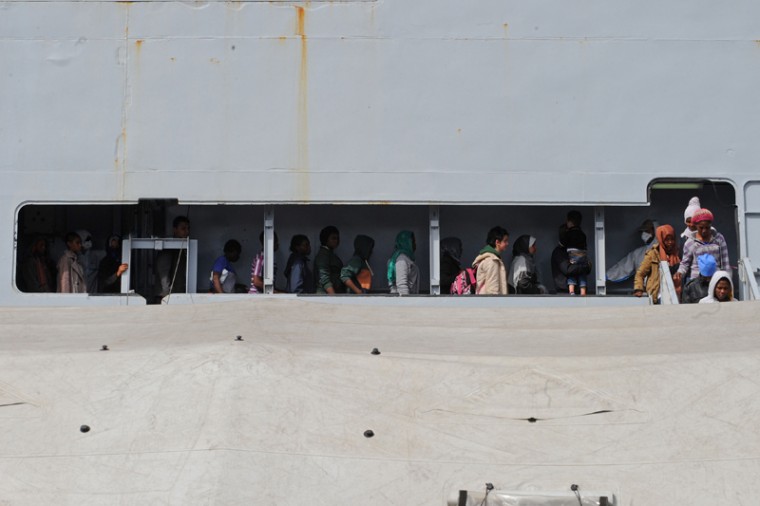 Women disembark from the military ship Bettica after a rescue operation of migrants at sea on Tuesday in the port of Salerno, southern Italy. Italy reacted Monday to the arrival of thousands of new migrants at its southern ports by demanding that its European Union partners meet the cost of taking them in. Speaking after the weekend rescue of nearly 6,000 migrants in the Mediterranean, Foreign Minister Paolo Gentiloni said promises made at last month’s EU summit after a migrant boat disaster left 750 dead had to be honored. (MARIO LAPORTA/AFP/Getty Images) 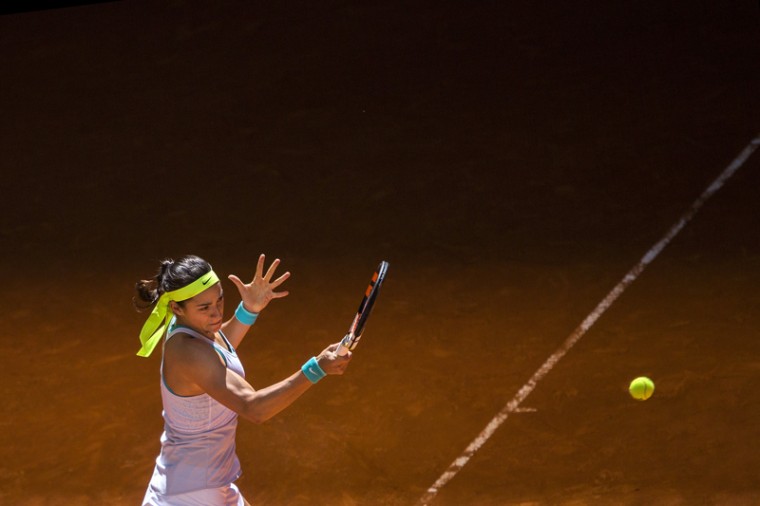 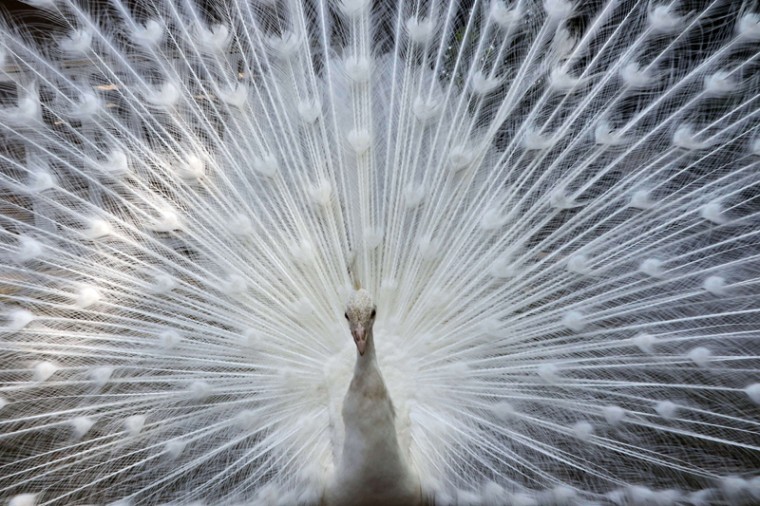 A white peacock opens its plumage at the Nogeyama zoo in Yokohama, suburban Tokyo on Tuesday. (YOSHIKAZU TSUNO/AFP/Getty Images) 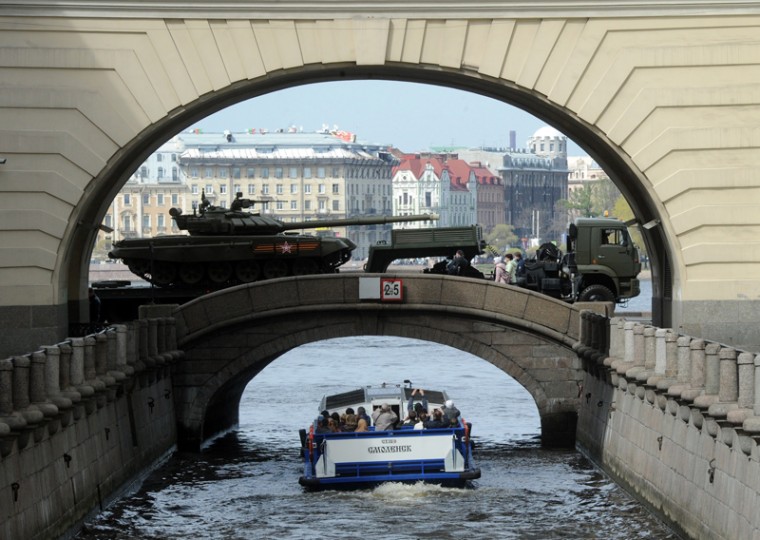 A truck with a T-72B3 tank rolls over a bridge in central Saint Petersburg, on Tuesday, during a rehearsal of the Victory Day parade. Russia will celebrate the 70th anniversary of the 1945 defeat of Nazi Germany on Saturday. (OLGA MALTSEVA/AFP/Getty Images) 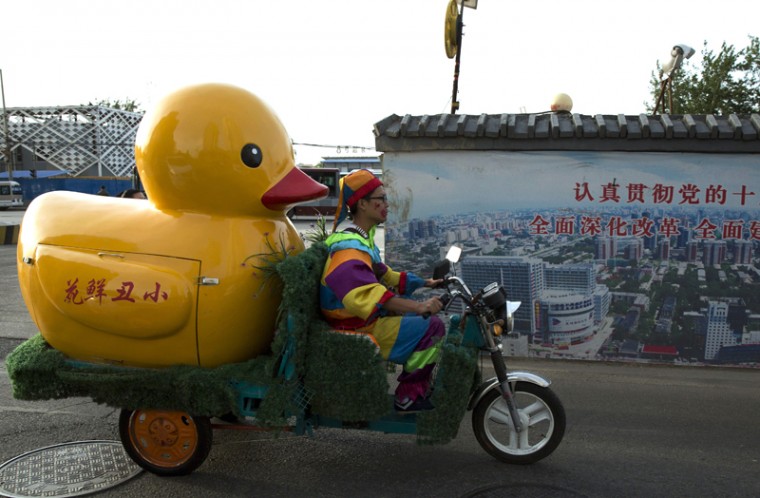 A delivery man for a florist dressed as a clown makes his rounds past government slogans calling for deepening reforms in Beijing on Tuesday. Government propaganda is a common sight in the Chinese capital. (Ng Han Guan/AP) 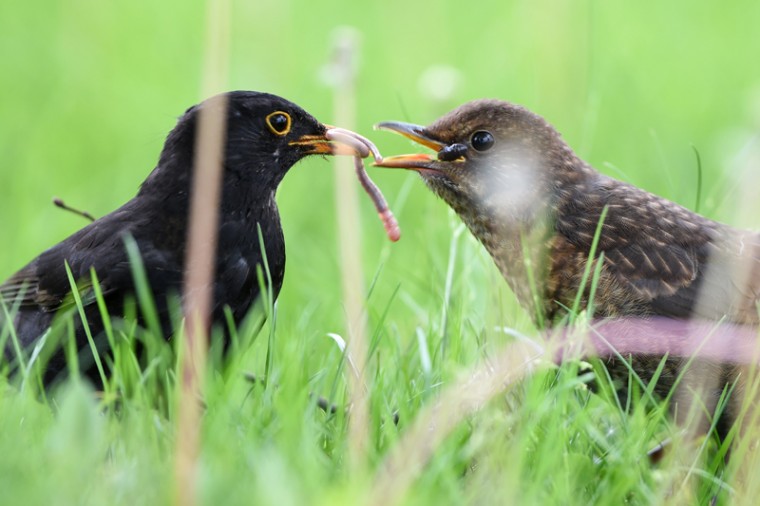 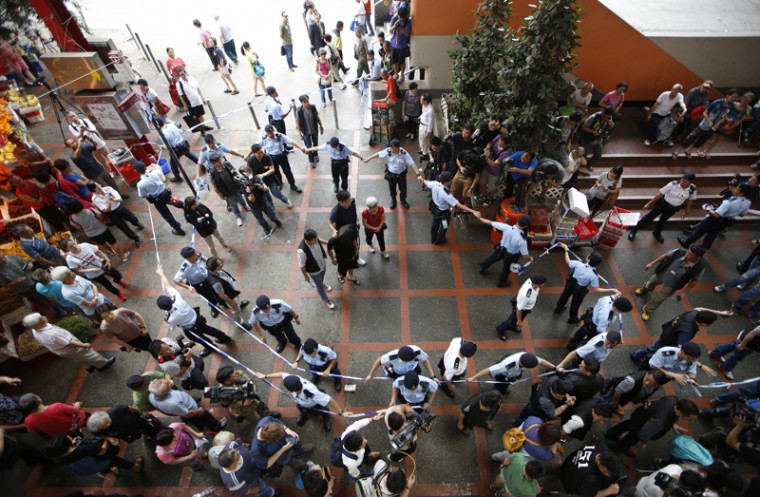 Hong Kong police take a suspected member of a gang of kidnappers, center, through a crime scene reconstruction at a local market in Hong Kong on Tuesday. The suspect is the only one of six people to be arrested after they allegedly kidnapped an heiress to a clothing fortune on April 25, freeing her in exchange for a 28 million Hong Kong dollars ($3.6 million) ransom, according to media reports. (Kin Cheung/AP) 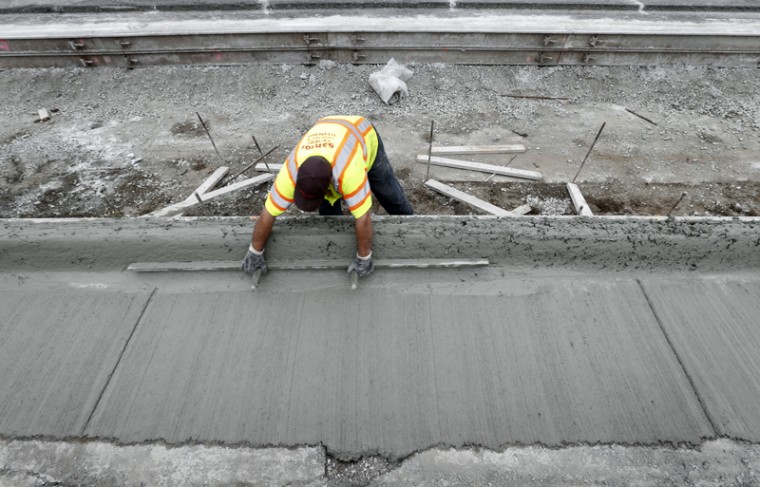 Road construction is shown in Detroit on Tuesday. Michigan voters were deciding Tuesday whether to approve higher taxes to improve the state’s deteriorating roads and bridges. (Paul Sancya/AP) 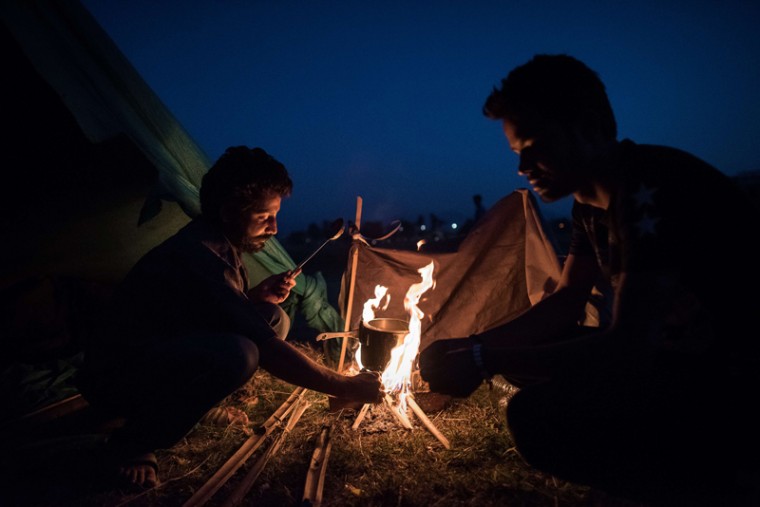 Earthquake survivors prepare a meal before spending a night at an open ground shelter in Kathmandu on Tuesday following a 7.8 magnitude earthquake that struck the Himalayan nation on April 25. Nepalese authorities said on Tuesday that a vast army of emergency workers was finally managing to deliver aid to stranded survivors as the death toll from the disaster rose to 7,557. (PHILIPPE LOPEZ/AFP/Getty Images)

« Texas gunmen identified, “Golden Week” in Japan, the festival of Buddha Purnima | May 4 » Filipino fighters fighting to be like Manny Pacquiao