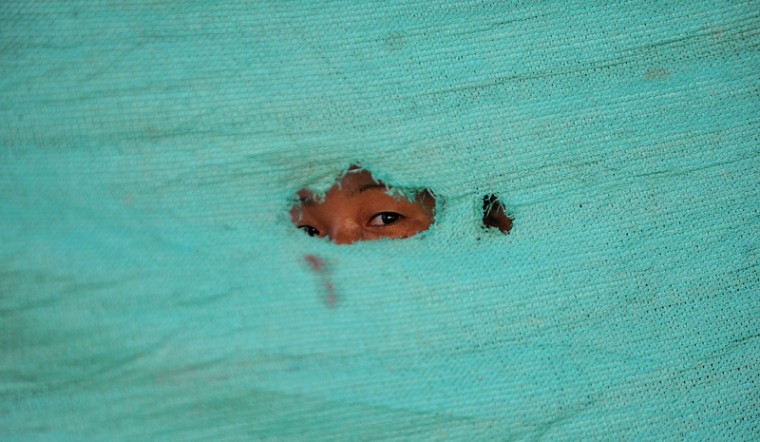 A Nepalese child looks on at a relief camp for survivors of the Nepal earthquake in Kathmandu on Tuesday. Nearly 8,500 people have now been confirmed dead in the disaster, which destroyed more than half a million homes and left huge numbers of people without shelter with just weeks to go until the monsoon rains. (Ishara S.KODIKARA/AFP/Getty Images) 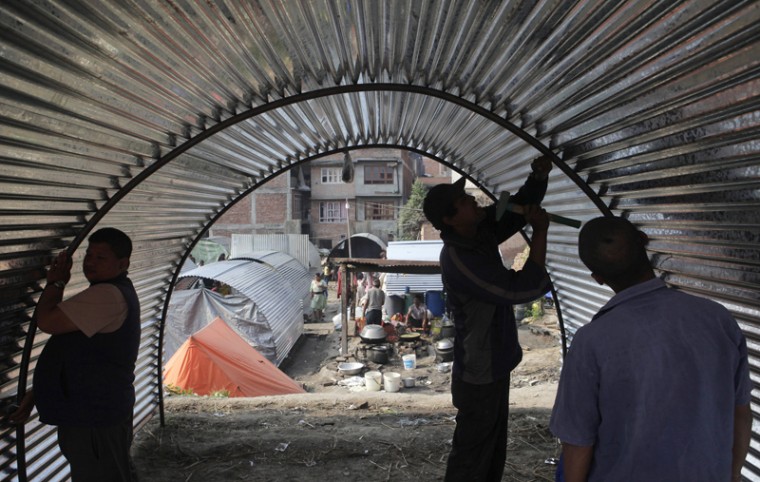 Nepalese people, whose homes were damaged in the April 25 earthquake, construct a temporary shelter made out of galvanized sheet in Bhaktapur, Nepal, on Tuesday. Nepal is facing billions in reconstruction costs with almost 745,600 buildings and homes damaged or destroyed, including at least 87,700 in the capital, according to Nepals emergency authority. (Niranjan Shrestha/AP) 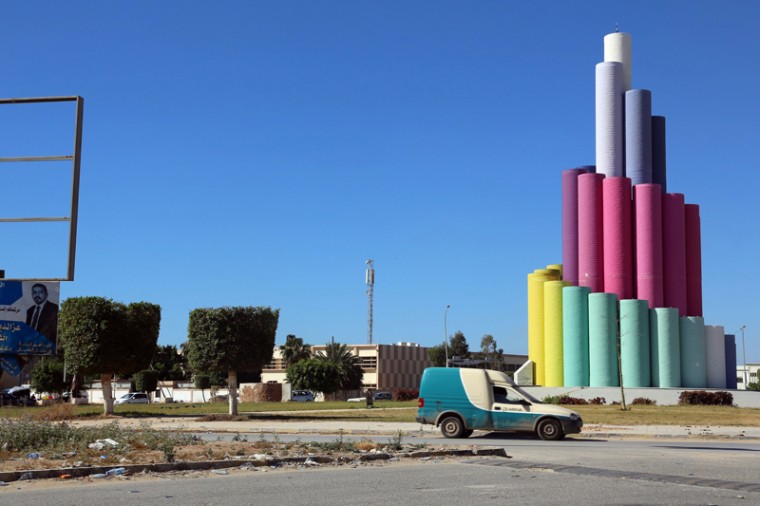 A car drives down a street in the eastern Libyan city of Benghazi on Saturday. Benghazi remains divided, scarred and struggling to survive after a year of fierce clashes that have killed more than 1,700 people, according to the Libya Body Count website, and displaced thousands. (STRSTR/AFP/Getty Images) 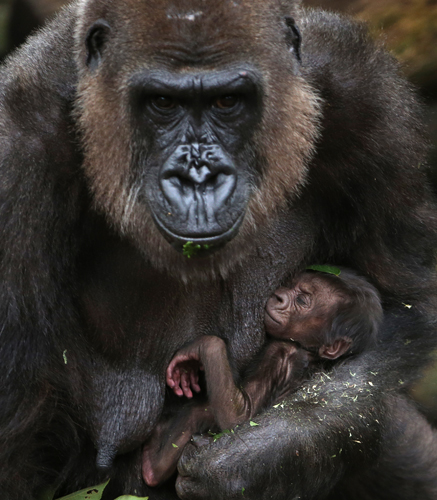 A baby Western lowland gorilla clings to its mother, Frala, at Taronga Zoo in Sydney, on Tuesday. The baby is believed to have been born late Tuesday or early Wednesday last week and the sex has yet to be determined. (Rick Rycroft/AP) 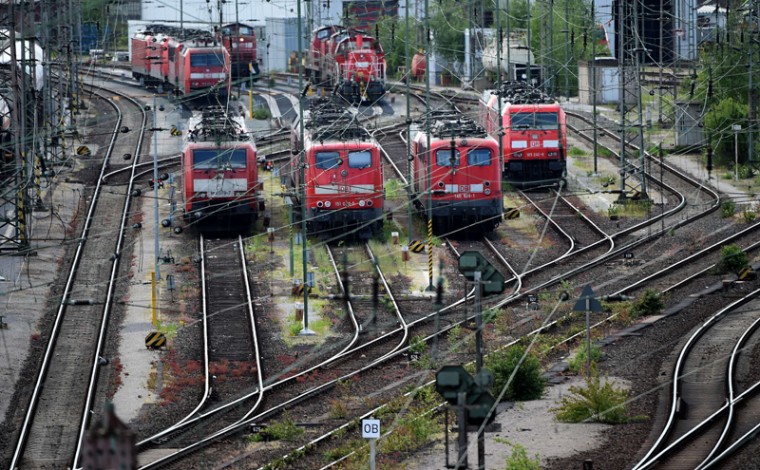 Freight locomotives stand still at the freight train station in Hagen, western Germany, on Tuesday. Train drivers of German railways operator Deutsche Bahn start today their ninth strike in a labor dispute. It is the latest flareup in a battle over wages, work hours and negotiating rights between the small GdL union and national rail operator. (PATRIK STOLLARZ/AFP/Getty Images) 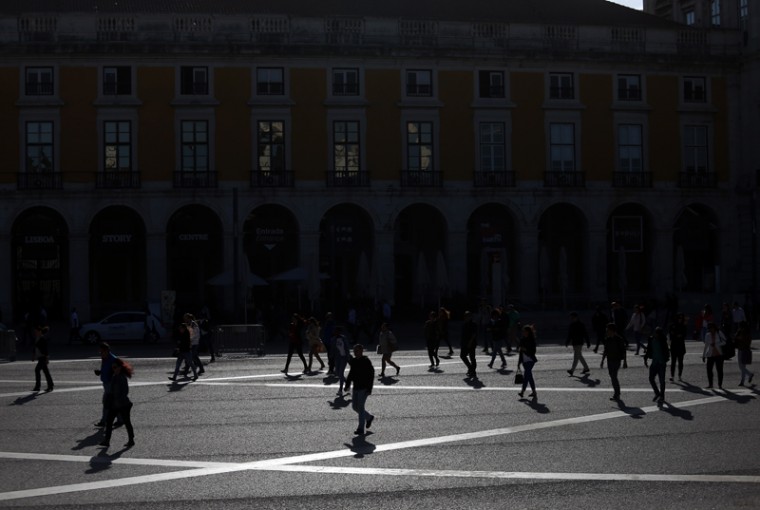 Commuters cast their shadows against the ground as they walk along Comercio square during a 24-hour strike by Lisbon’s subway workers, in Lisbon, Portugal, on Tuesday. The strike was against pay cuts and the public company’s possible privatisation. (Francisco Seco/AP) 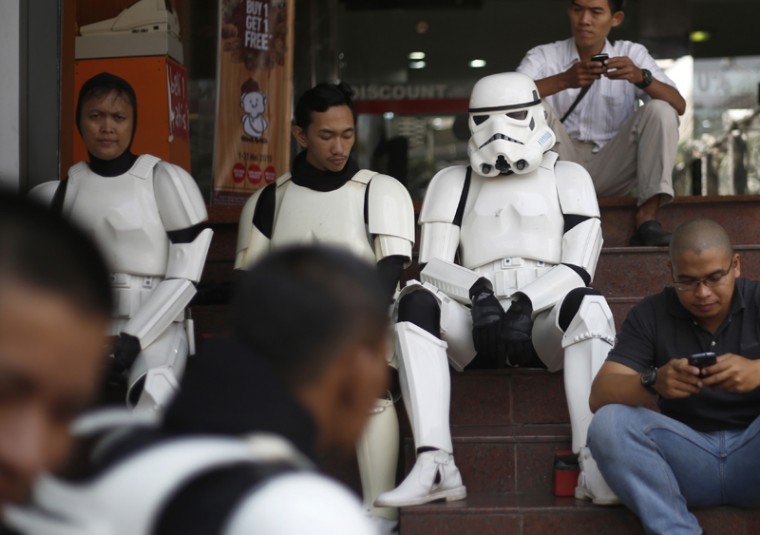 Indonesian men dressed as stormtroopers from the”Star Wars” movies take a break between performances during a promotional event at a shopping mall in Jakarta, Indonesia, on Tuesday. (Dita Alangkara/AP) 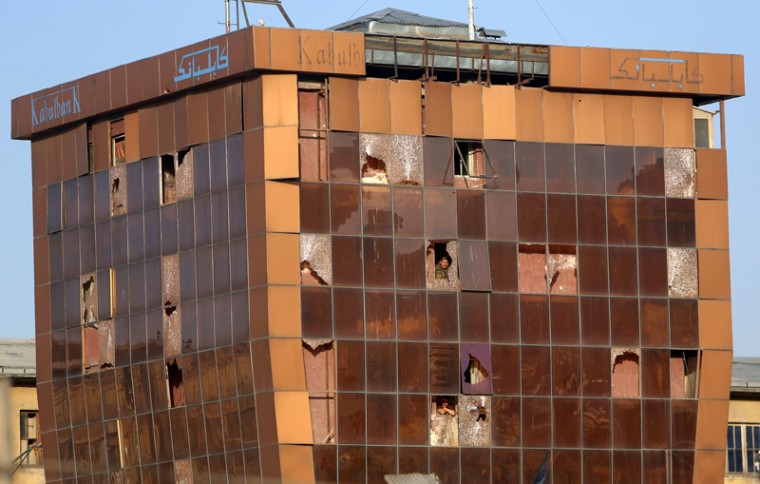 An Afghan security guard looks out of the window of Kabul Bank after a suicide car bombing attack in Kabul, Afghanistan, on Tuesday. A large suicide car bombing struck downtown Kabul on Tuesday afternoon, apparently targeting justice ministry employees and killing several people, an Afghan official said. The attack happened in the car park of the Justice Ministry when explosives packed in a was detonated, said Interior Ministry spokesman Sediq Sediqqi. (Rahmat Gul/AP) 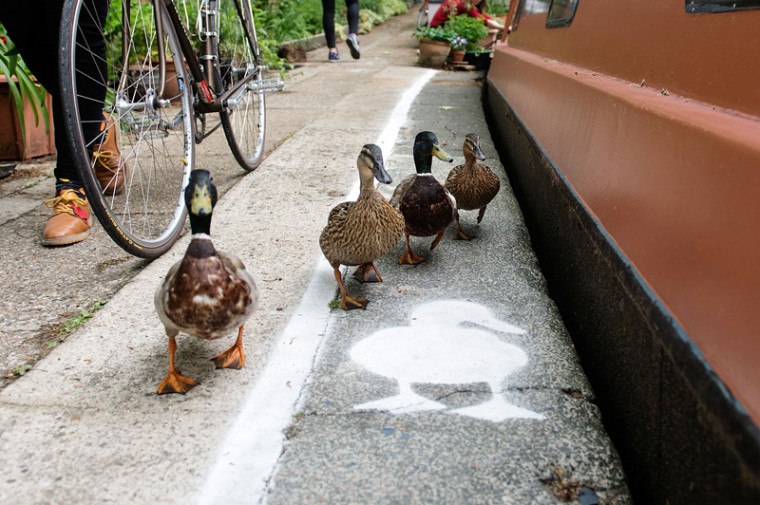 Temporary duck lanes, photographed on Friday, have been painted on busy towpaths in London, Birmingham and Manchester to highlight the narrowness of the space that is shared by a range of people and wildlife in London. The Canal & River Trust’s new campaign, Share the Space, Drop your Pace, is encouraging everyone who uses the towpaths to be considerate of others by sharing the space and dropping their pace to keep the towpaths a special place for everyone. (Bethany Clarke/Getty Images for Canal & River Trust) 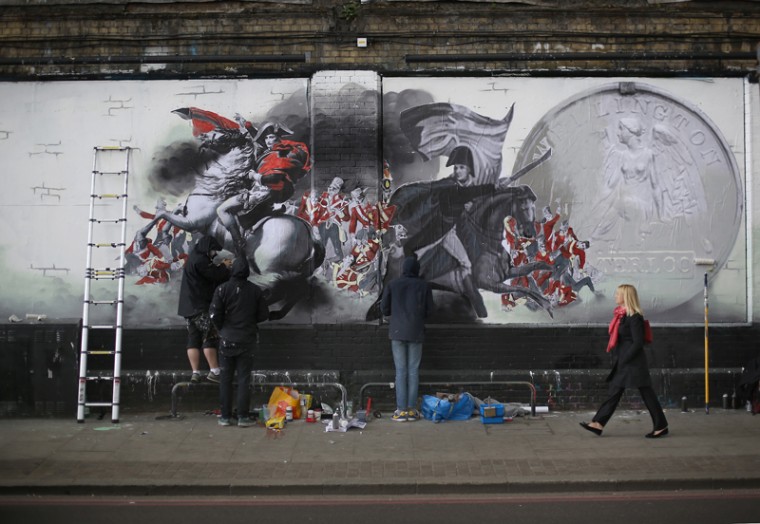 A National Army Museum commissioned mural takes shape on Tuesday in London. The 65-foot-long mural, which gives a modern take on the life of a soldier, is being painted on a wall in Shoreditch, East London. (Peter Macdiarmid/Getty Images) 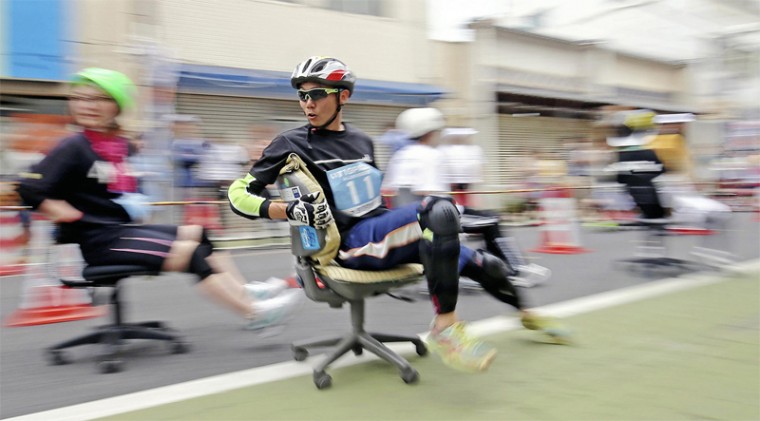 Participants in the Isu-1 Grand Prixs endurance race push through the Tokiwacho shopping street, with its many closed stores, on office chairs in Kurashiki, Okayama Prefecture, on May 9. There is no rule regarding how one sits on the chair. The events slogan is, “Will the chair break down first, or will you?” (Yomiuri Shimbun). 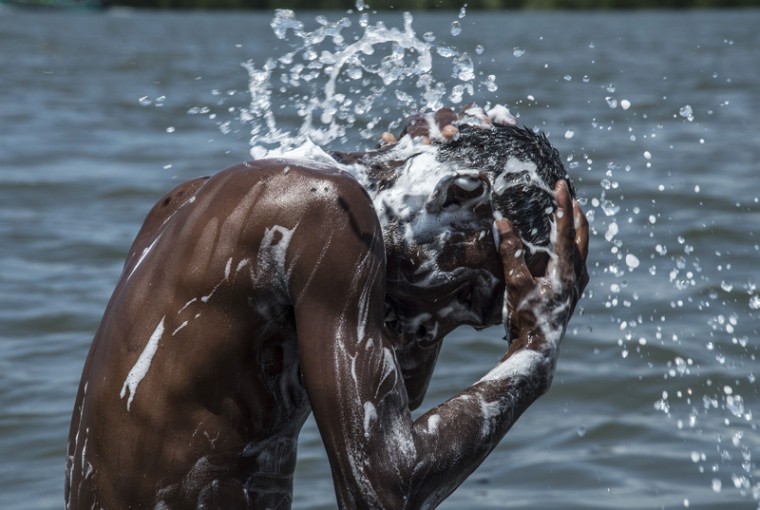 A rescued migrant from Bangladesh washes himself at a holding facility for rescued migrants in Langsa on Tuesday. Indonesia said that the migrant boat crisis was a problem for all of Southeast Asia, ahead of key regional talks, as Jakarta and other countries came under more pressure to let the boat people land. (SUTANTA ADITYA/AFP/Getty Images)

« In Baltimore’s Sandtown-Winchester, ‘every day is Katrina’ » Peruvians seek relief from arthritis, ills with sea therapy