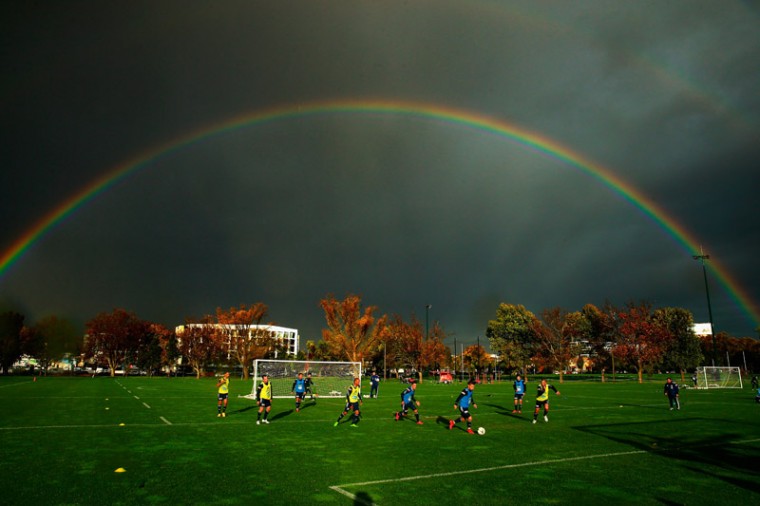 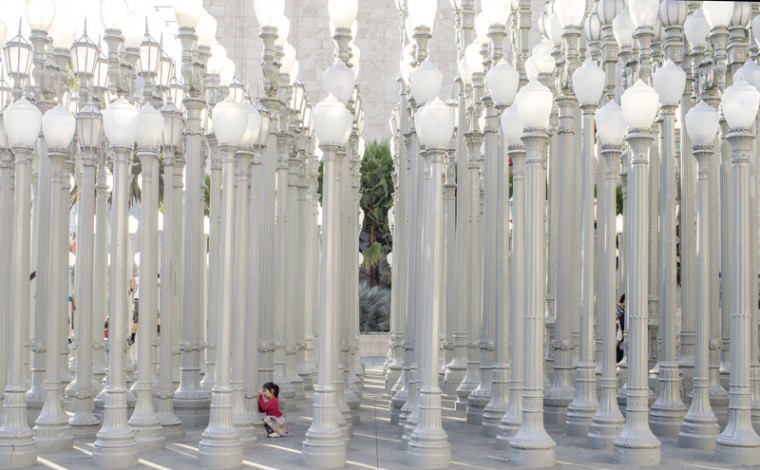 Artist Chris Burden has died at 69 from malignant melanoma. Burden was most famous for the sculpture Urban Lights in front of the Los Angeles County Museum of Art, seen here on Feb. 16,2014. Completed in 2008, Urban Light, a popular setting for wedding portraits, consists of 202 restored street lamps from the 1920s and 1930s. Most of them once lit the streets of Southern California. The cast iron street lamps are of 17 styles, which vary depending on the municipality that commissioned them. They range from about 20 to 30 feet, are painted a uniform grey and placed, forest-like, in a near grid. The lights are solar powered and switched on at dusk. (JOE KLAMAR/AFP/Getty Images) 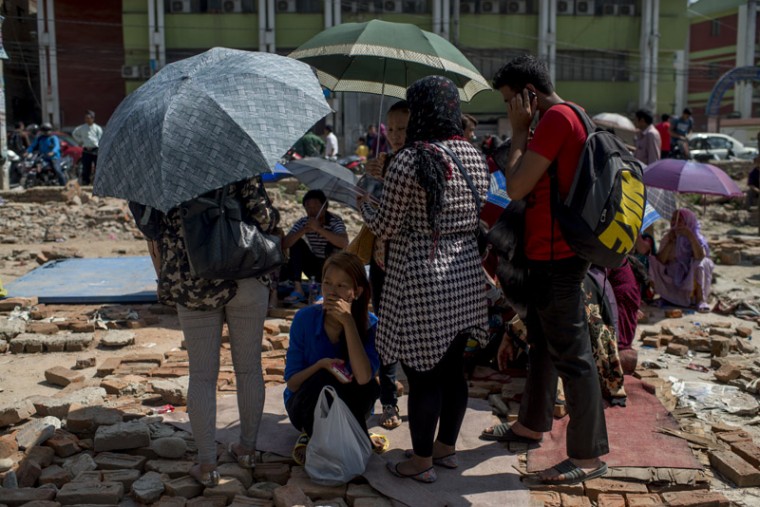 People gather in the safety of open space following a further major earthquake on Tuesday in Kathmandu, Nepal. A 7.3 magnitude earthquake has struck in Nepal only two weeks after more than 8,000 people were killed in a devastating earthquake. The latest quake has struck near Mt Everest near the town of Namche Bazar. Tremors have been felt as far away as Bangladesh and Delhi. (Jonas Gratzer/Getty Images) 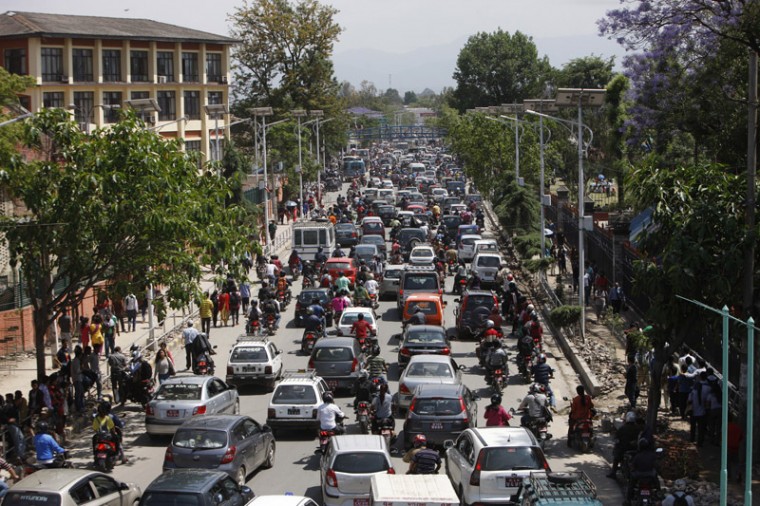 Traffic grinds to a halt after an earthquake hit Nepal in Kathmandu, Nepal, on Tuesday. A major earthquake hit a remote mountainous region of Nepal on Tuesday, triggering landslides and toppling buildings less than three weeks after the country was ravaged by another deadly quake. (Bikram Rai/AP) 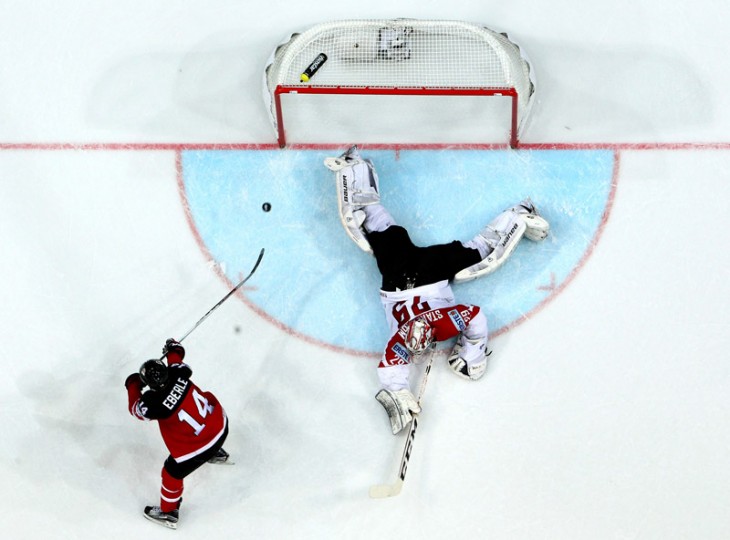 Jordan Eberle of Canada scores his team’s opening goal over Bernhard Starkbaum, goaltender of Austria during the IIHF World Championship group A match between Canada and Austria at o2 Arena on Tuesday in Prague, Czech Republic. (Martin Rose/Getty Images) 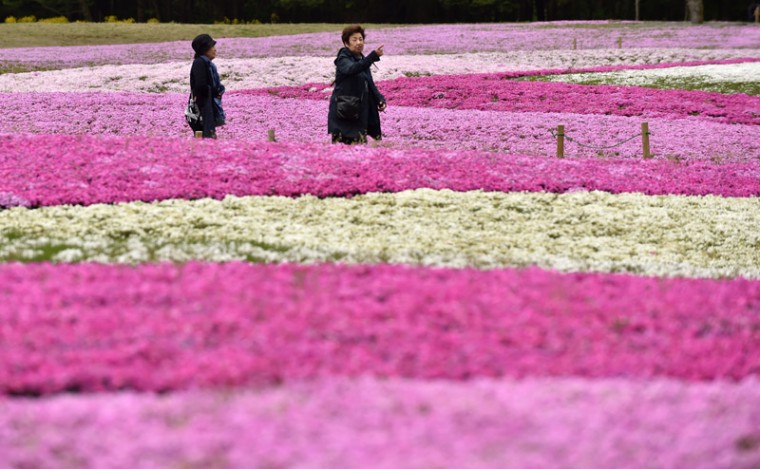 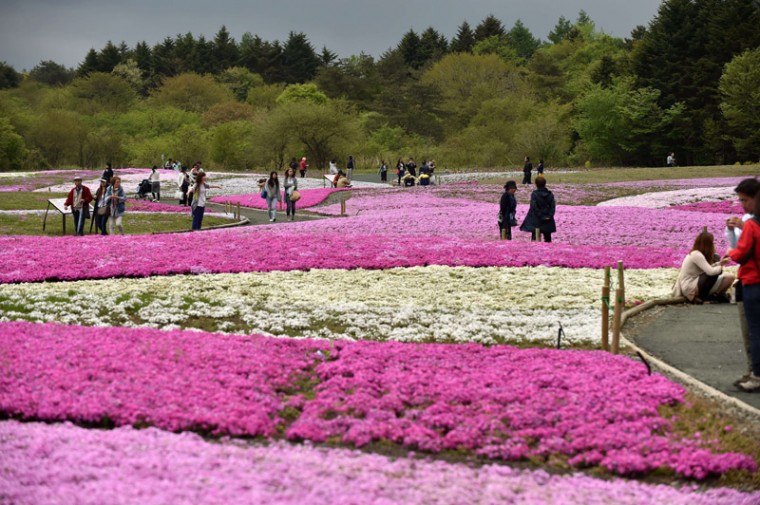 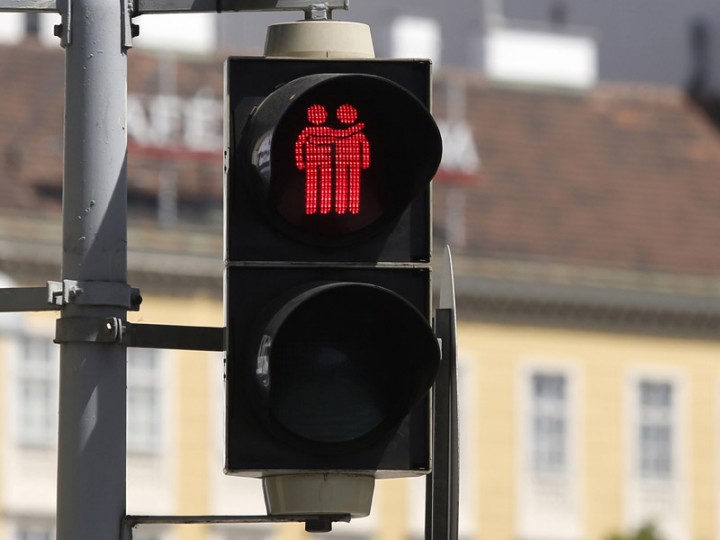 A new traffic light, showing a same-sex couple, is pictured on Tuesday in Vienna. On the occasion of the upcoming Life Ball, the Eurovision Song Contest and the Rainbow Parade in Vienna, the Austrian capital seeks to promote tolerance and raise awareness to better road safety. (DIETER NAGL/AFP/Getty Images) 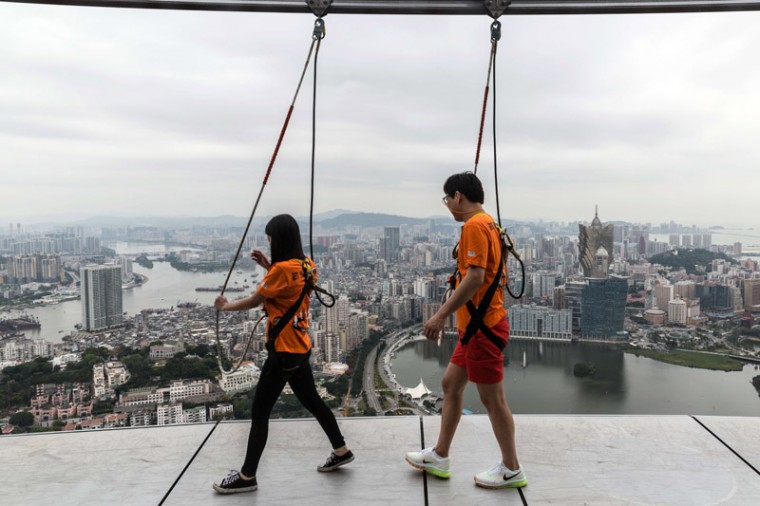 Tourists take part in a “sky walk” on the rim of the 61st floor of the Macau Tower in Macau on Tuesday. The tower is the 10th highest freestanding tower in the world and the eighth tallest in Asia. (ANTHONY WALLACE/AFP/Getty Images) 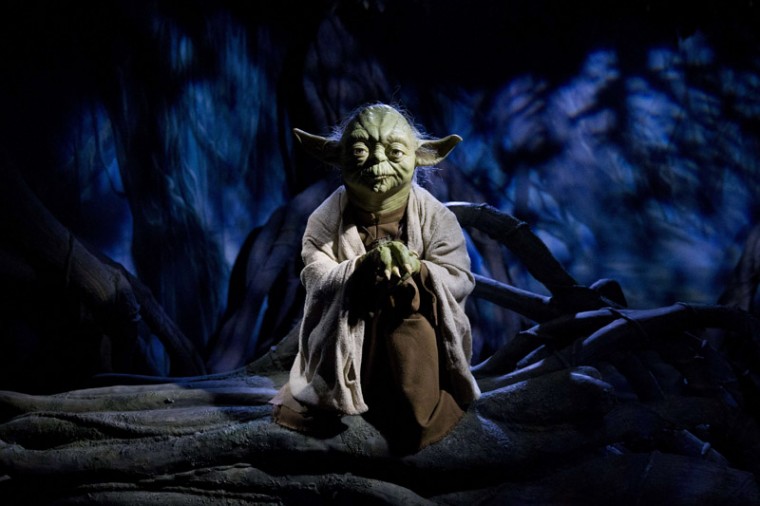 A wax figure of Star Wars character Yoda is pictured at the Star Wars At Madame Tussauds attraction in London on Tuesday. (JUSTIN TALLIS/AFP/Getty Images) 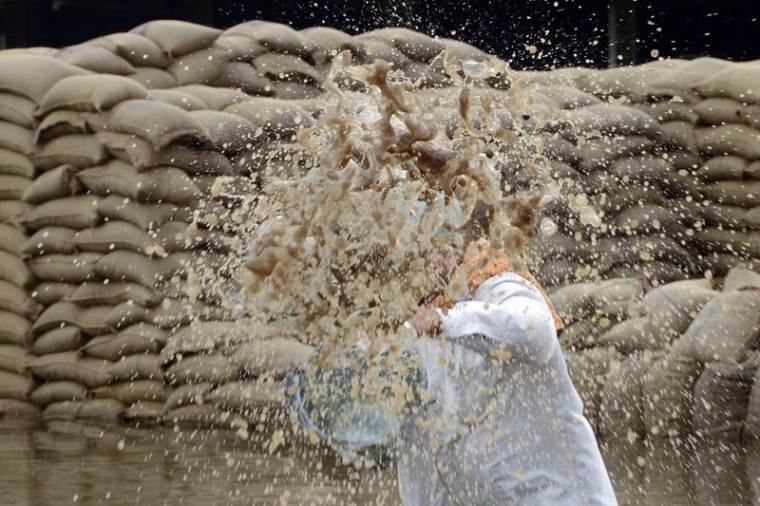 An Indian labourer is obscured by a bucket of rainwater he has thrown while clearing an area of standing water from flooded sacks of wheat at a grain distribution point in Amritsar on Tuesday after heavy rainfall in the northern state of Punjab. Punjab is India’s largest wheat producing state, contributing nearly 70 percent of the national total. Farmers in the state have incurred huge losses as unseasonal rainfall damaged wheat crops, washing away prospects of a bumper production. (NARINDER NANU/AFP/Getty Images)