Texas gunmen identified, “Golden Week” in Japan, the festival of Buddha Purnima | May 4 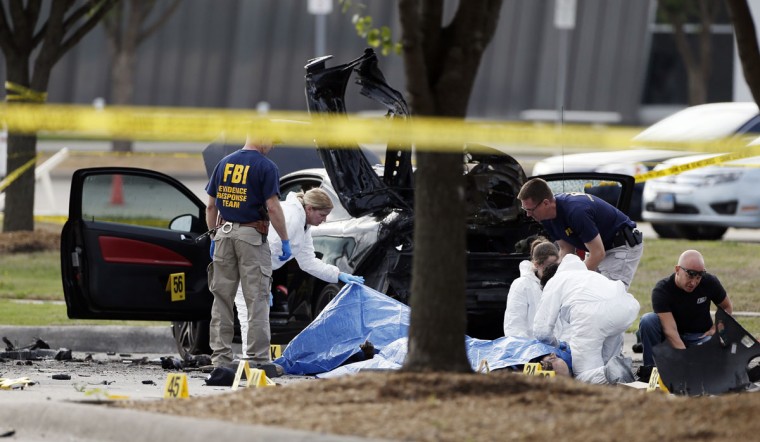 FBI crime scene investigators document the area around two deceased gunmen and their vehicle outside the Curtis Culwell Center in Garland, Texas, Monday, May 4, 2015. Police shot and killed the men after they opened fire on a security officer outside the suburban Dallas venue, which was hosting provocative contest for Prophet Muhammad cartoons Sunday night. (AP Photo/Brandon Wade) 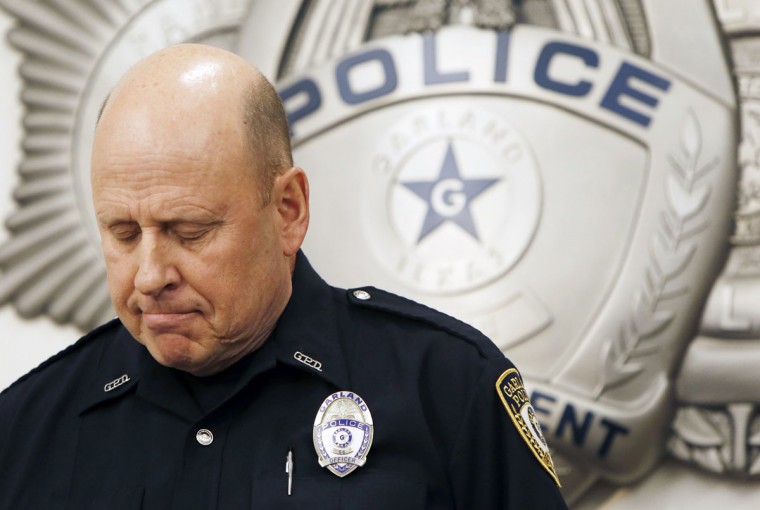 Garland Police spokesperson Joe Harn addresses the media during a news conference at the Garland Police Department, Monday, May 4, 2015, in Garland, Texas. Police shot and killed two men after they opened fire on a security officer outside the Curtis Caldwell Center in Garland, which was hosting provocative contest for Prophet Muhammad cartoons Sunday night, authorities said. (AP Photo/Brandon Wade) 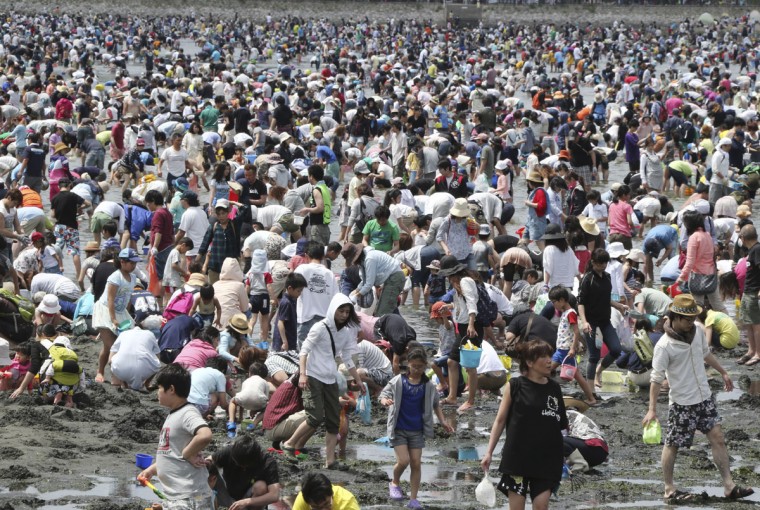 Beachgoers dig for clams during the annual holidays known as “Golden Week”, in Yokohama near Tokyo, Monday, May 4, 2015. (AP Photo/Koji Sasahara) 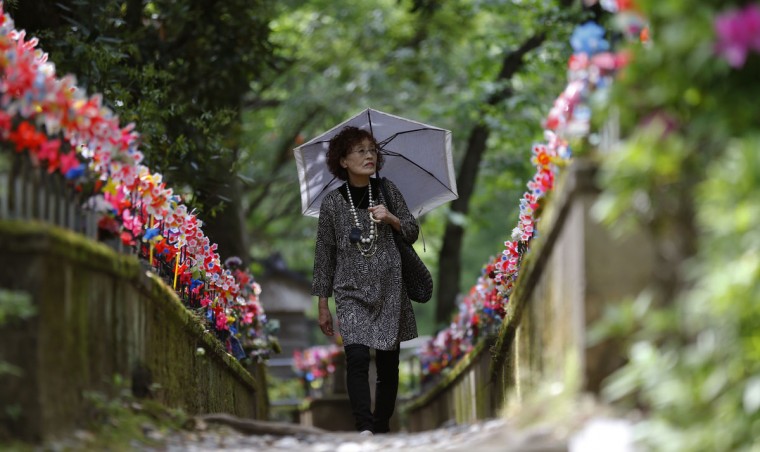 A woman walks along the rows of small stone statues of “jizo” representing the unborn children at Zojoji Buddhist temple in Tokyo, Monday, May 4, 2015. Jizo, which is one of the most beloved figures of Japanese Buddhism, are believed to protect deceased children. ((AP Photo/Shizuo Kambayashi) 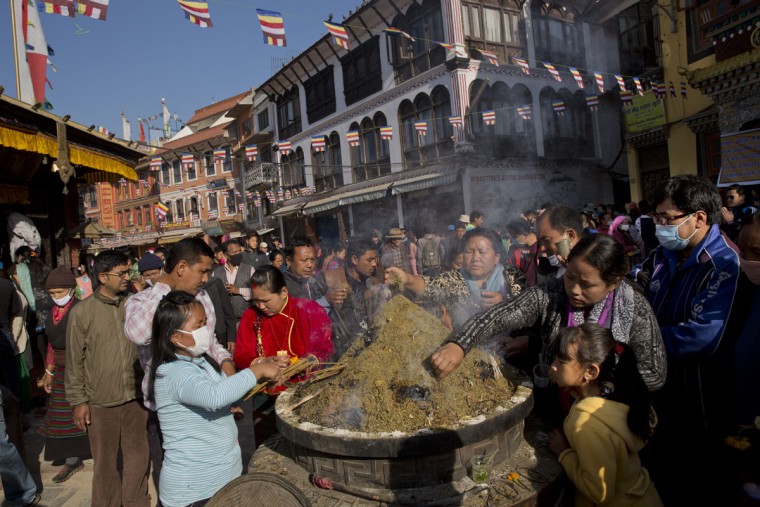 Nepalese Buddhists light incense sticks at the Boudhanath Stupa during Buddha Jayanti, or Buddha Purnima, festival in Kathmandu, Nepal, Monday, May 4, 2015. Hundreds of people have visited Buddhists shrines and monasteries in Nepalís quake-wracked Kathmandu on Buddha Purnima to pray for the country and the people who suffered during April 25 earthquake. The festival of Buddha Purnima marks the triple events of Gautam Buddha’s life: his birth, his enlightenment and his attaining a state of Nirvana that frees believers from the circle of death and rebirth.(AP Photo/Bernat Amangue) 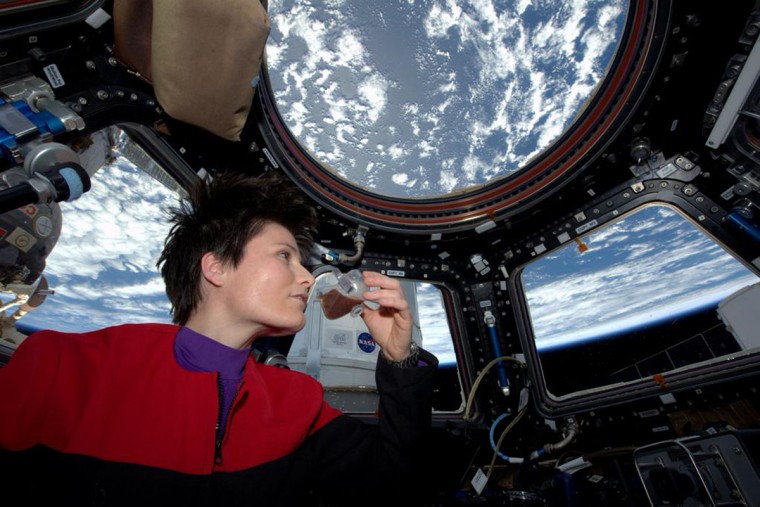 In this photo posted on Twitter, Sunday, May 3, 2015, and provided by NASA, Italian astronaut Samantha Cristoforetti sips espresso from a cup designed for use in zero-gravity, on the International Space Station. Cristoforetti, the first Italian woman in space, fired up the first espresso machine in space, which uses small capsules, or pods, of espresso coffee. (NASA via AP) 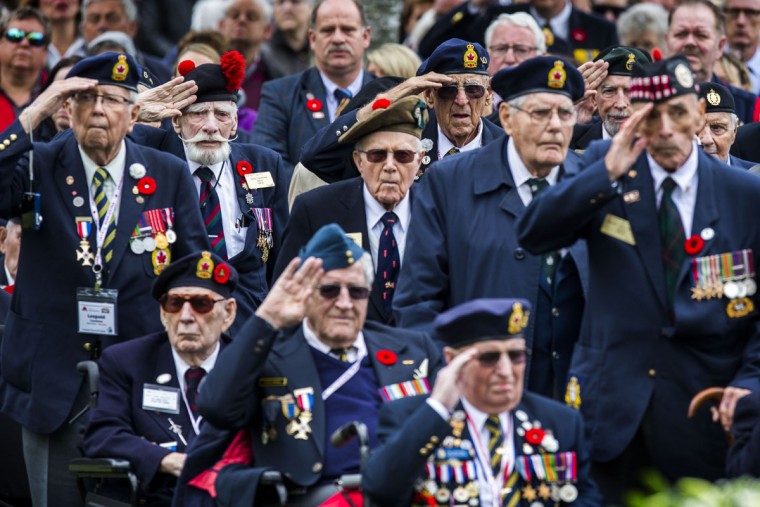 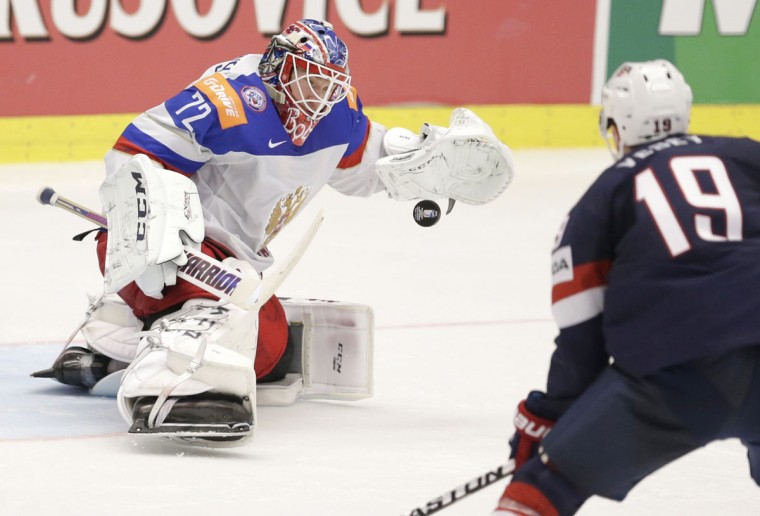 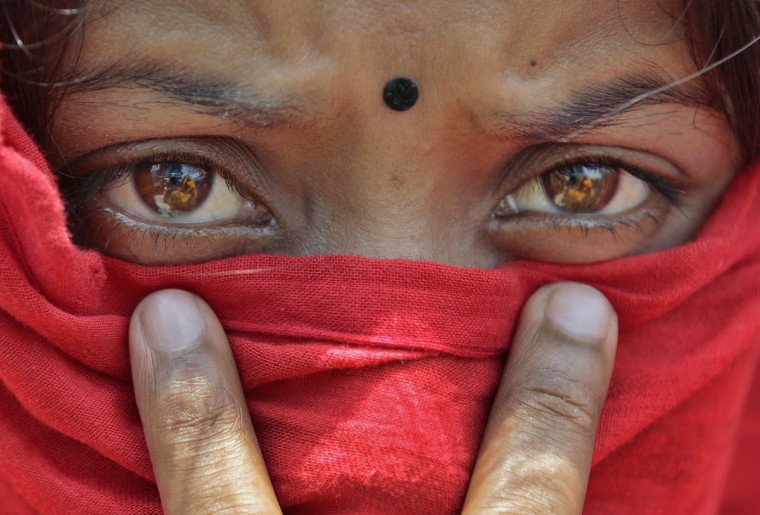 A worker of the recently closed Swan garments factory covers her face with a scarf to shelter herself from the sun as she participates in a protest outside the Bangladesh Garment Manufacturers and Export Association (BGMEA) office in Dhaka, Bangladesh, Monday, May 4, 2015. More than two hundred workers protested Monday demanding payment of wages still owed to them as well as reopening of the manufacturing unit. Bangladesh is the world’s second-largest garment manufacturing country after China. The sector employs about 4 million workers, mostly women. (AP Photo/A.M. Ahad) 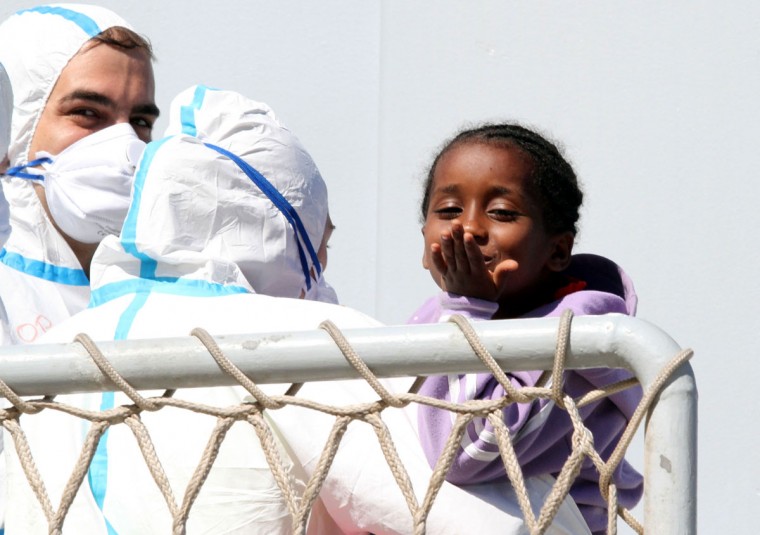 A child blows a kiss as migrants disembark from the Italian Navy frigate Bersagliere at the Reggio Calabria harbor, Italy, Monday, May 4, 2015. Italy’s Coast Guard and Navy as well as tugs and other commercial vessels joined forces to rescue migrants in at least 16 boats Sunday, saving hundreds of them and recovering 10 bodies off Libya’s coast, as smugglers took advantage of calm seas to send packed vessels across the Mediterranean. Sunday’s drama at sea came a day after 3,690 migrants were saved from smugglers’ boats. Most of those migrants are still being taken to southern Italian ports even as the fresh rescues were taking place. (AP Photo/Adriana Sapone) 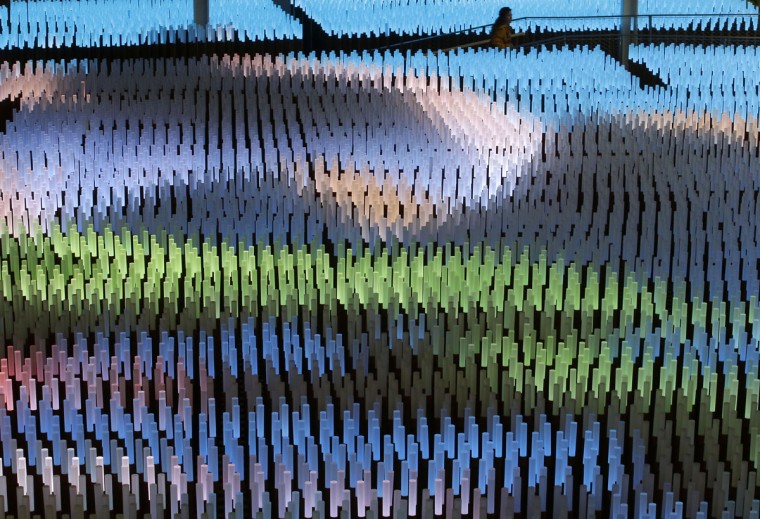 A view of Republic of China pavilion at the Expo 2015 in Rho, near Milan, Italy, Monday, May 4, 2015. The Expo opened Friday May 1 for a six-month run and its theme is “Feeding the Planet, Energy for Life”. (AP Photo/Antonio Calanni) 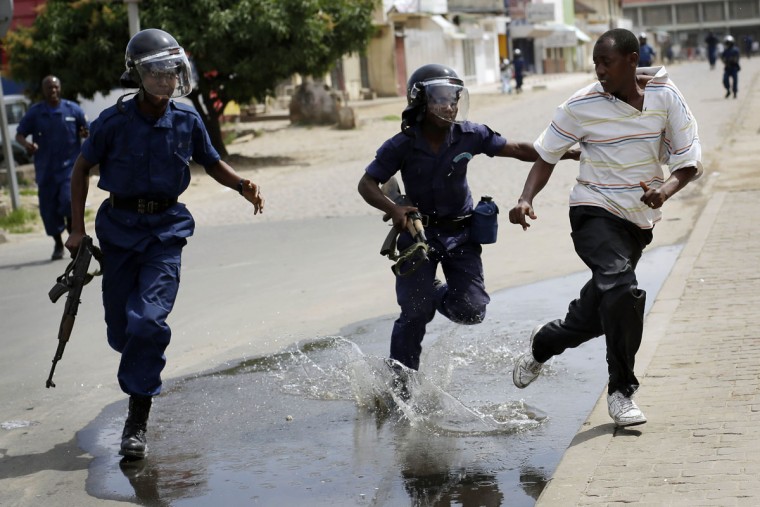 Riot police chase a demonstrator in Bujumbura, Burundi, Monday, May 4, 2015. Anti-government demonstrations resumed in Burundi’s capital after a weekend pause as thousands continue to protest the president’s decision to seek a third term. (AP Photo/Jerome Delay) 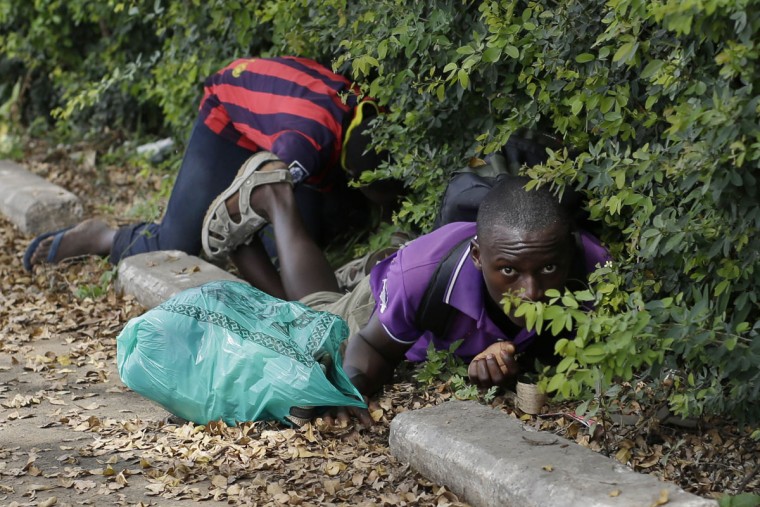 Men duck for cover as shots are fired in Bujumbura, Burundi, Monday, May 4, 2015. Anti-government demonstrations resumed in Burundi’s capital after a weekend pause as thousands continue to protest the president’s decision to seek a third term. (AP Photo/Jerome Delay) 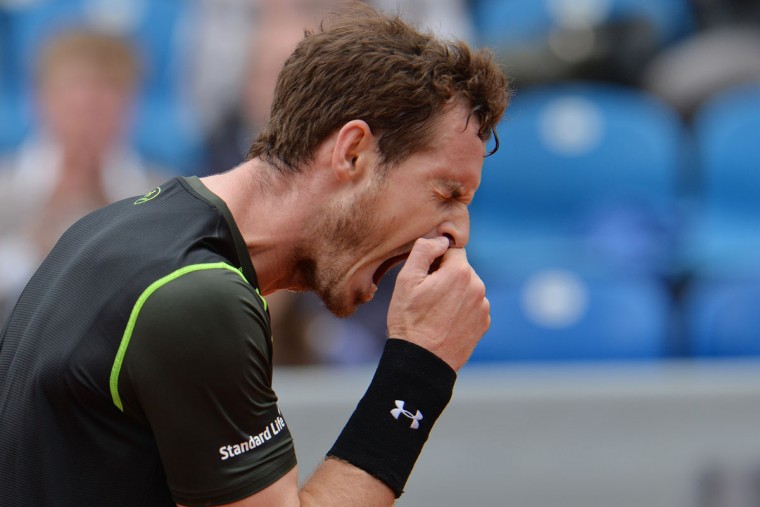 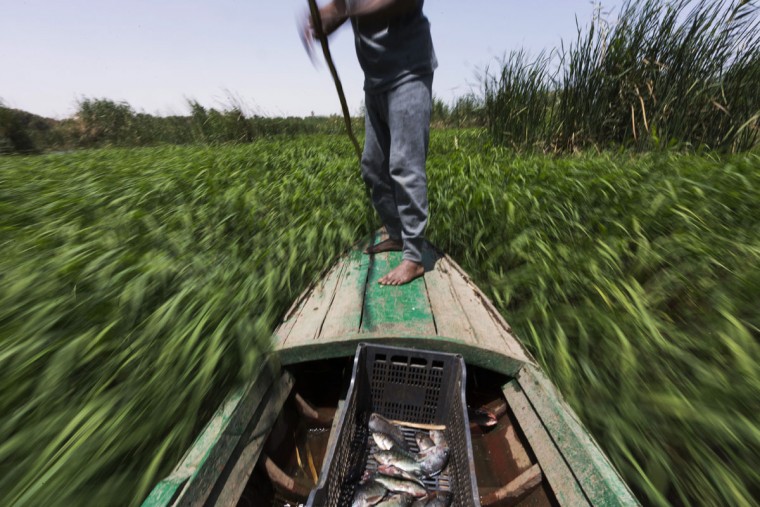 In this April 12, 2015 photo, Sayed Ahmed Abdoh poles his boat to check his fish traps in the Nile River, near Abu al-Nasr village, about 770 kilometers (480 miles) south of Cairo, Egypt. Abdoh caught some 20 fish this day and gave them to his friend, Salama Osman, a migrant worker in a Cairo apartment building, to celebrate his biannual return to their village. (AP Photo/Hiro Komae) 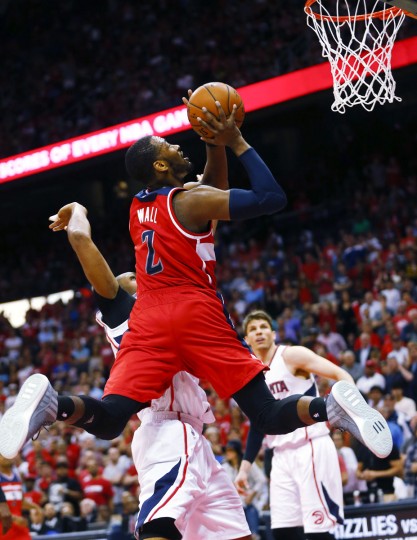 Washington Wizards guard John Wall (2) goes up for a shot against Atlanta Hawks Al Horford, left, and Kyle Korver in the second half of an NBA second-round basketball payoff series game, Sunday, May 3, 2015, in Atlanta. Washington won 104-98. (AP Photo/John Bazemore) 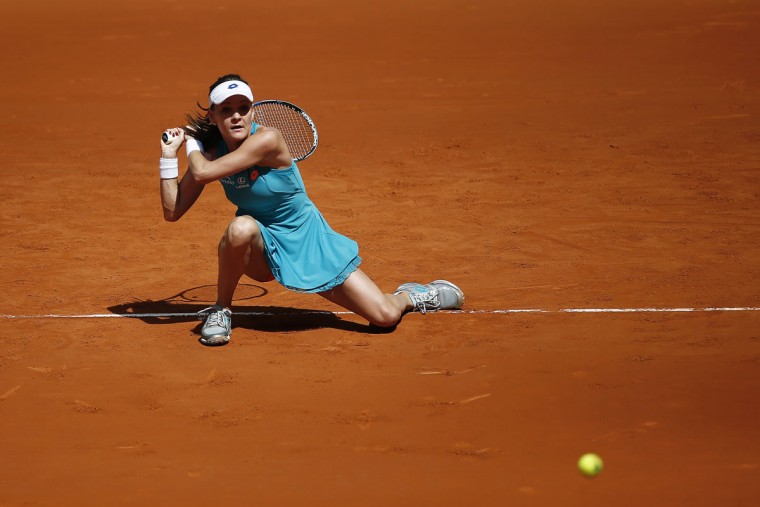