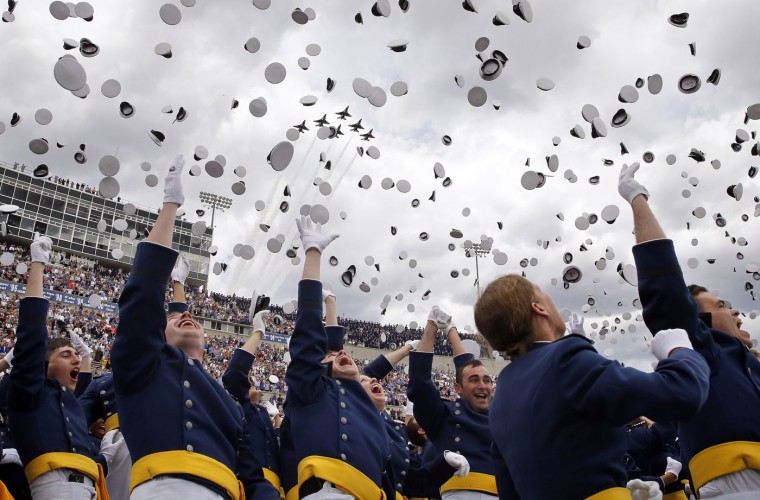 Air Force Academy graduates throw their caps into the air as F-16 jets from the Thunderbirds make a flyover, at the completion of the graduation ceremony for the class of 2015, at the U.S. Air Force Academy, in Colorado Springs, Colo., Thursday, May 28, 2015. (AP Photo/Brennan Linsley) 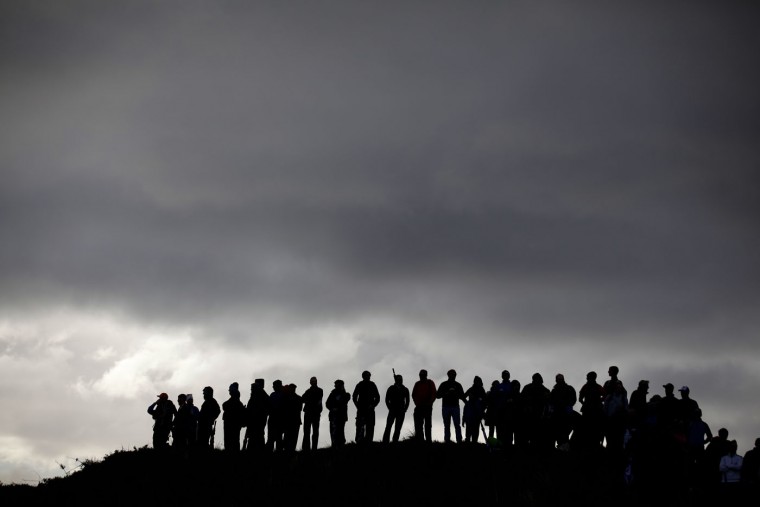 Golf fans wait for Northern Ireland’s Rory McIlroy during round one of the Irish Open Golf Championship at Royal County Down, Newcastle, Northern Ireland, Thursday, May 28, 2015. (AP Photo/Peter Morrison) 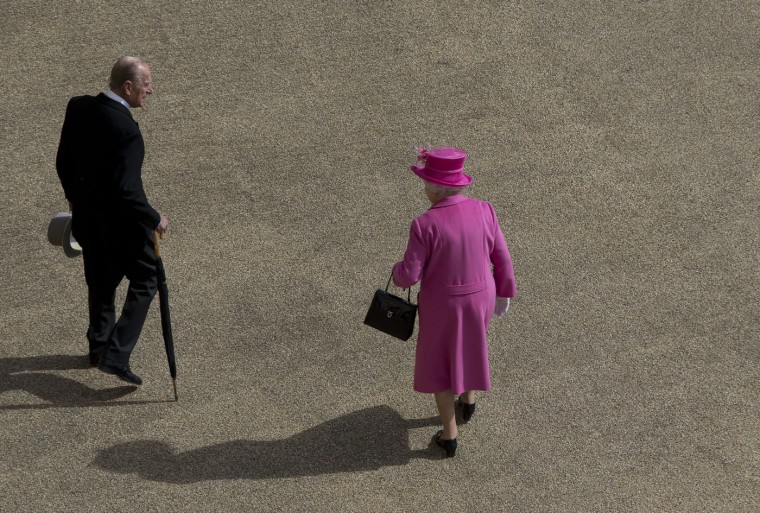 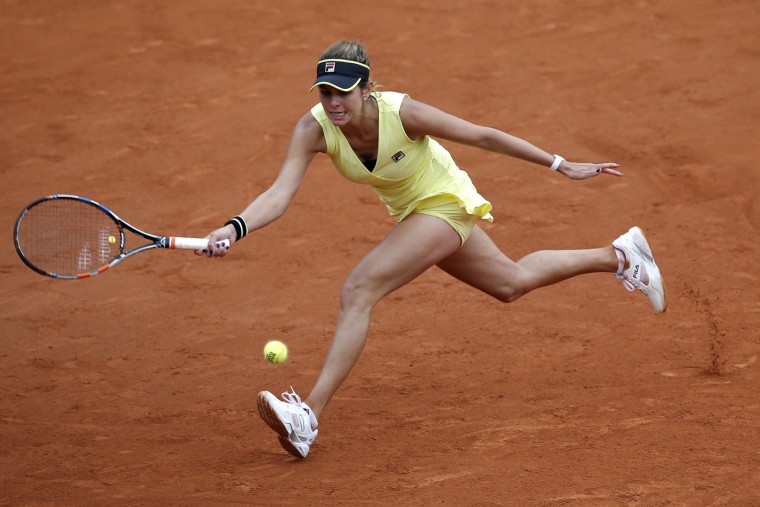 Germany’s Julia Goerges returns the ball to Denmark’s Caroline Wozniacki during their second round match of the French Open tennis tournament at the Roland Garros stadium, Thursday, May 28, 2015 in Paris. Georges won 6-4, 7-6. (AP Photo/Christophe Ena) 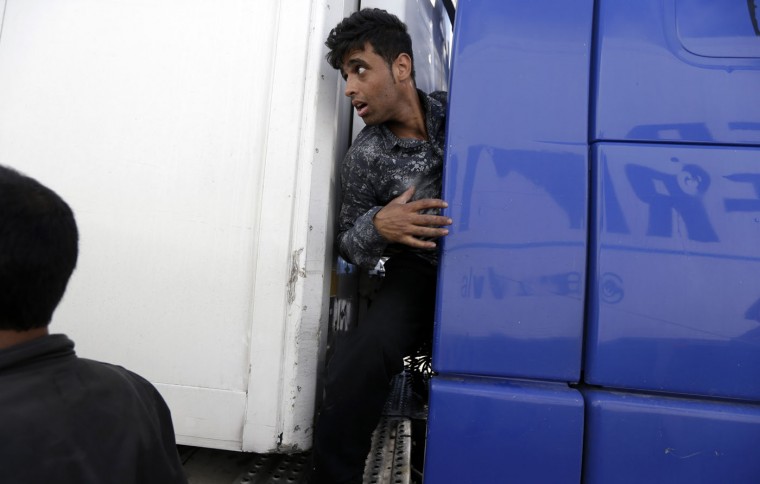 An Afghan migrant tries to hide on a truck traveling to Italy from the southern Greek city of Patras, Thursday, May 28, 2015. In an effort to help manage more than 80,000 people who have landed on European shores so far this year, mostly in Italy and Greece, the EU’s executive Commission is proposing to relocate thousands of refugees to other member countries and wants to launch a security operation in the Mediterranean to eliminate the trafficking operations. (AP Photo/Thanassis Stavrakis) 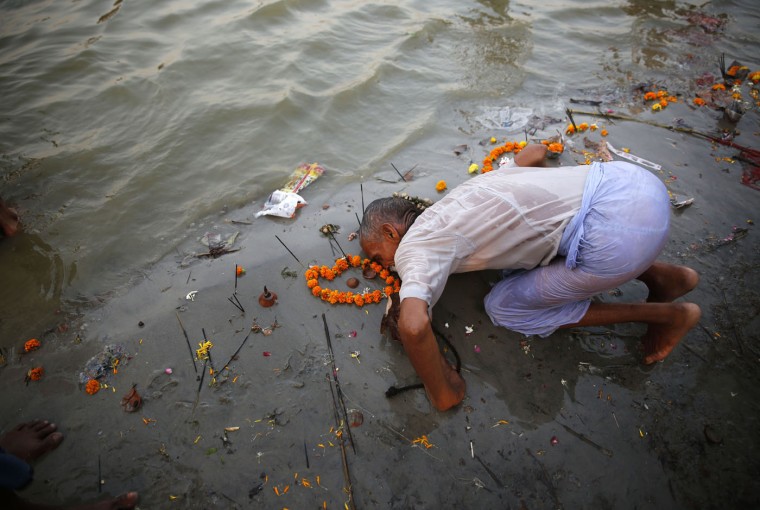 An elderly Hindu devotee offers prayers at Sangam, the confluence of the Rivers Ganges, Yamuna and the mythical Saraswati, in Allahabad, India, Thursday, May 28, 2015. Hindus across the country are celebrating Ganga Dussehra, devoted to the worship of the River Ganges. (AP Photo/Rajesh Kumar Singh) 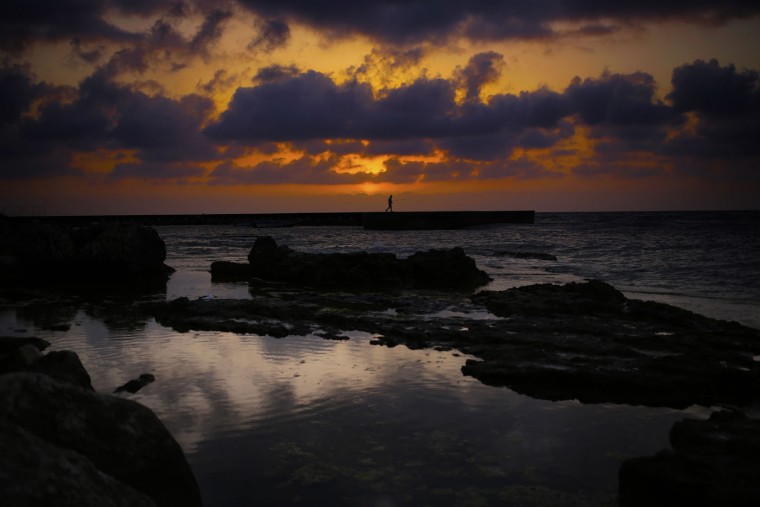 A man stands on a breakwater along the Beirut coastline as the sun sets over the Mediterranean Sea in Lebanon, Thursday, May 28, 2015. (AP Photo/Hassan Ammar) 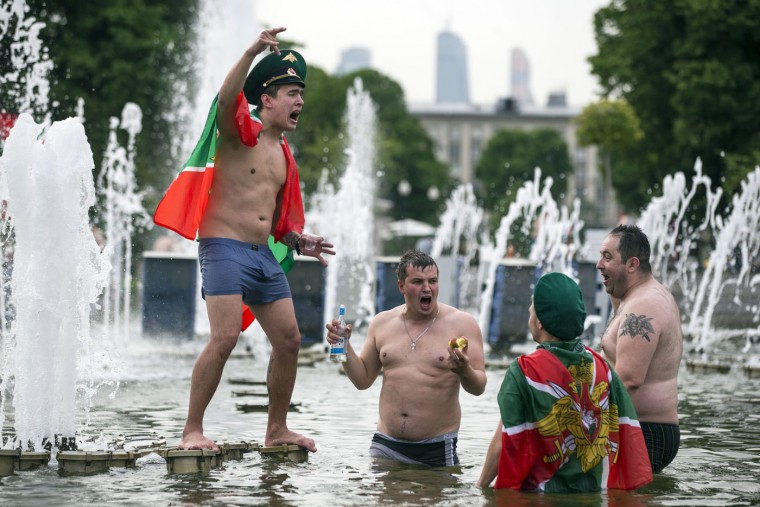 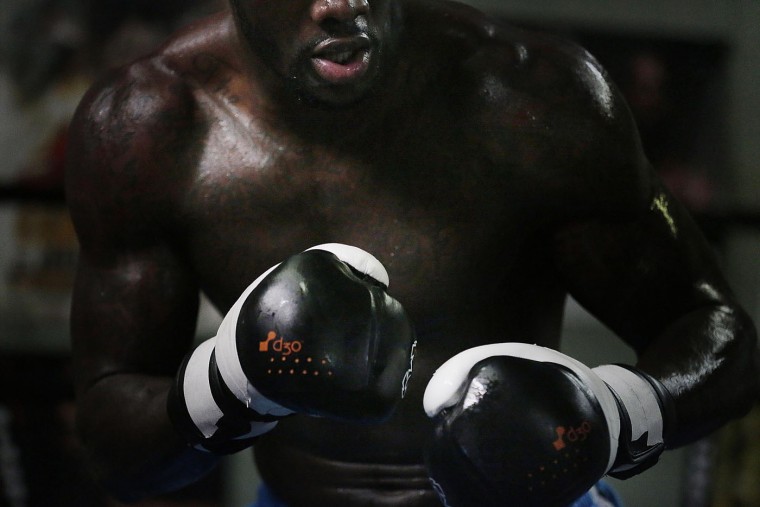 WBC heavyweight boxing champion Deontay Wilder works out at Skyy Boxing Gym on Thursday, May 28, 2015, in Northport, Ala. Wilder is preparing for his first title defense, when he takes on Eric Molina on Saturday, June 13 in Birmingham. (AP Photo/Brynn Anderson)