Artwork in Tokyo, sailing in Dubai, pesticides as protest | May 22 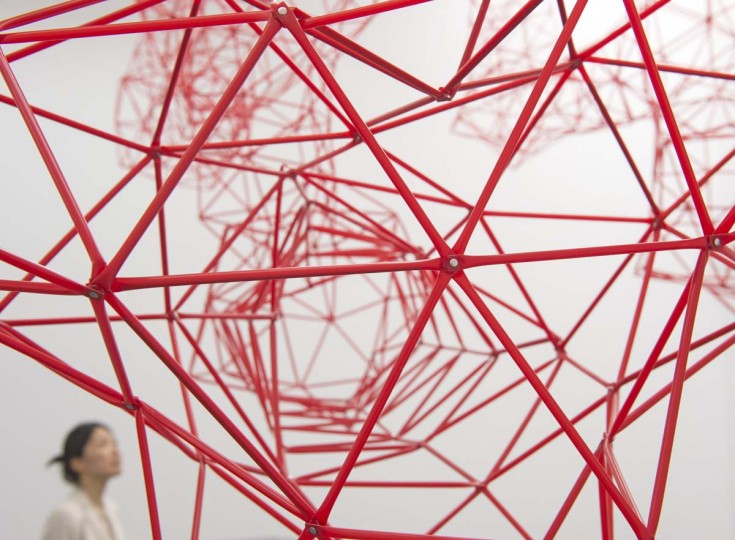 A woman stands besides the installation ‘Haem’ (2014) by Akihisa Hirata from Tokyo in the exhibition ‘Logical Emotion: Contemporary Art from Japan’ in the Art Museum Moritzburg in Halle (Saale), central Germany, Friday, May 22, 2015. The show presents the works of 13 Japanese artists. The exhibition starts on May 23 and lasts until July 26, 2015. || CREDIT: JENS MEYER – AP PHOTO 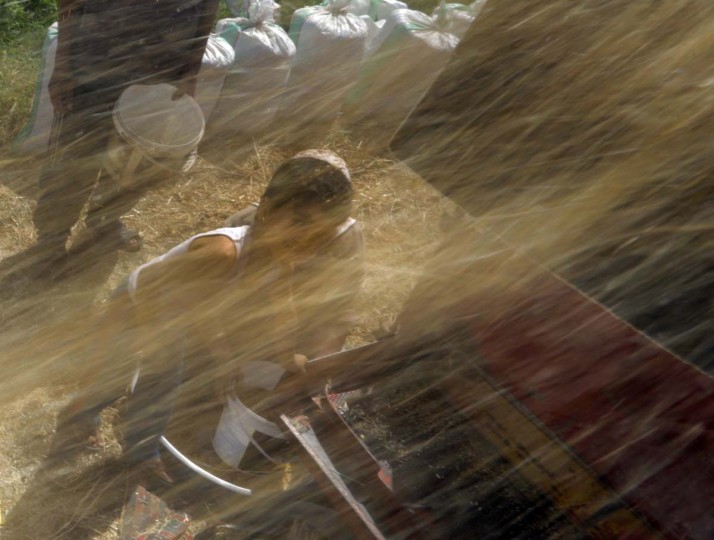 Ahmed Ali, 8, watches wheat come out of a straw hammer mill on a farm in Beni Suef, 75 miles, (120 kilometers), south of Cairo, Egypt, Friday, May 22, 2015. Egyptian farmers are struggling to maintain crop productivity due to outdated irrigation and harvest methods, as well as the government’s lifting of energy and agricultural subsidies. || CREDIT: AMR NABIL – AP PHOTO 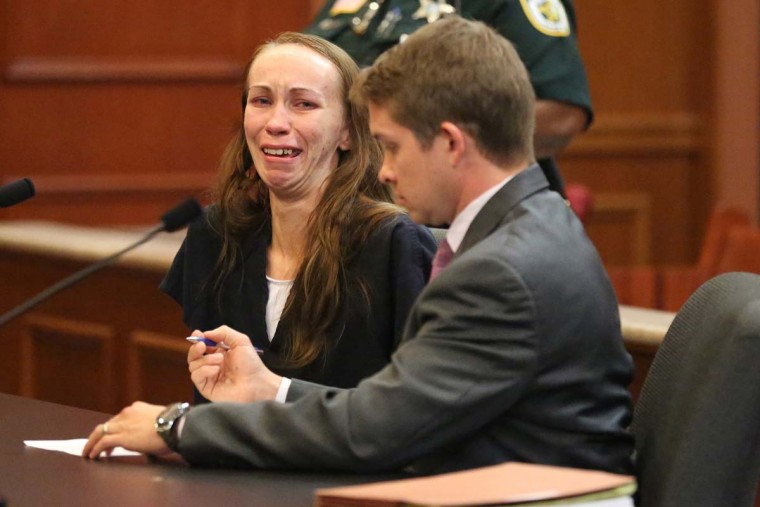 Heather Hironimus, sitting with her attorney Thomas Hunker, breaks down as she signs consent for her 4-year-old son to be circumcised, during a hearing, Friday, May 22, 2015, in Delray Beach, Fla. Hironimus’ yearslong battle against her child’s father over the boy’s circumcision ended Friday, with her agreeing to the procedure in exchange for her release from jail. (Amy Beth Bennett/South Florida Sun-Sentinel via AP) 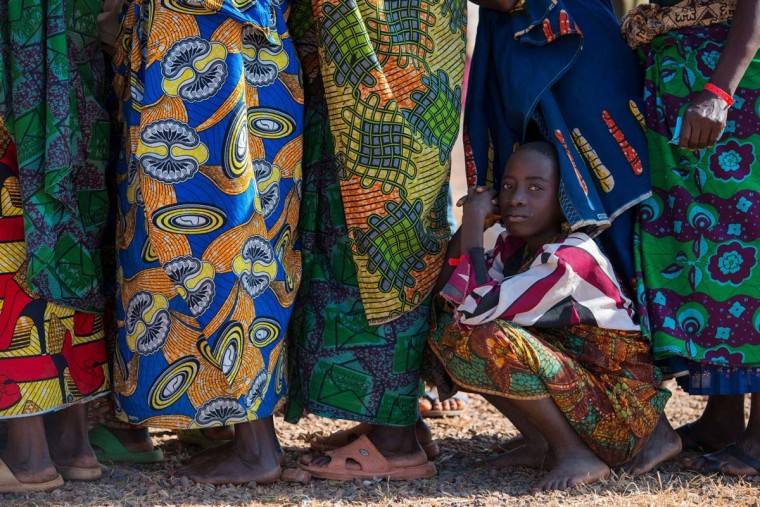 A girl stays out of the sun as Burundian refugees queue for vulnerability screening in the Lake Tanganyika stadium in Kigoma on May 22, 2015. Some 3,000 cases of cholera have been reported in Tanzania, mainly among Burundian refugees fleeing political violence, the UN said on May 22, adding that up to 400 new cases were being counted daily. So far, 31 people have died of the water-born disease in the area around the western Tanzanian border town Kaguna, which has been flooded with refugees, the UN refugee agency said. || CREDIT: DANIEL HAYDUK – AFP/GETTY IMAGES 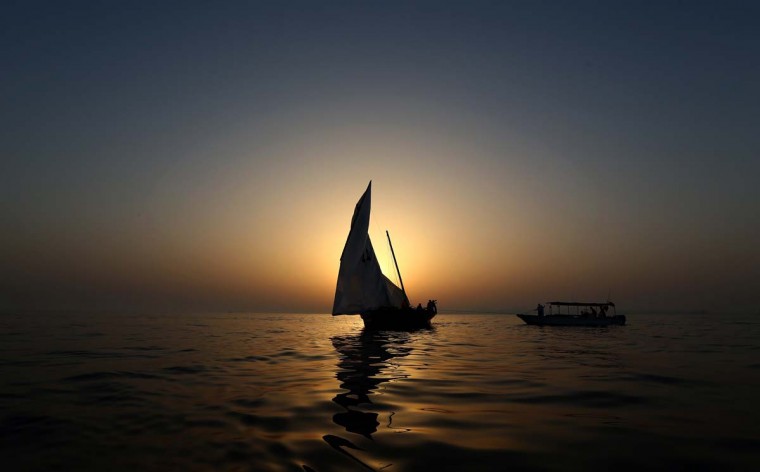 A dhow is seen at sunset during a training session on May 22, 2015 in the waters off the island of Sir Bu Nair on the eve of the Al-Gaffal 60 foot Traditional Dhow Sailing Race, in which boats will set sail off the island near the Iranian coast, until they reach the finish line at the Burj Al-Arab in Dubai. The 25th annual dhow sailing race has a total prize money of 10 million dirhams ($272,000). || CREDIT: MARWAN NAAMANI – AFP/GETTY IMAGES 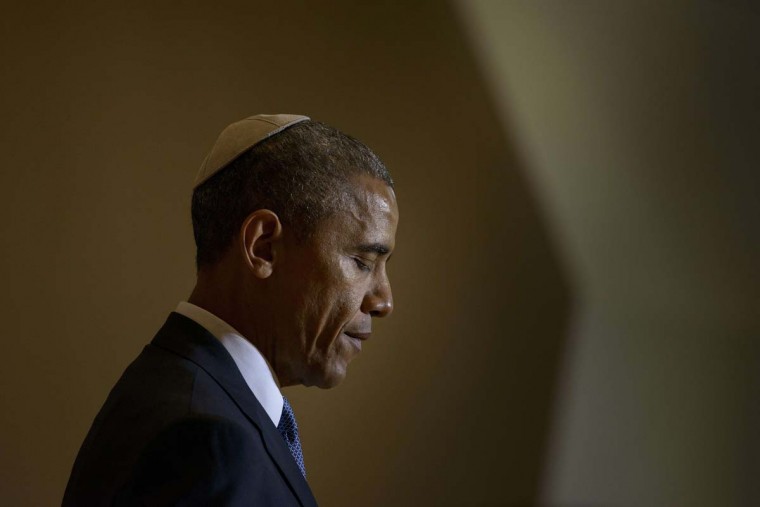 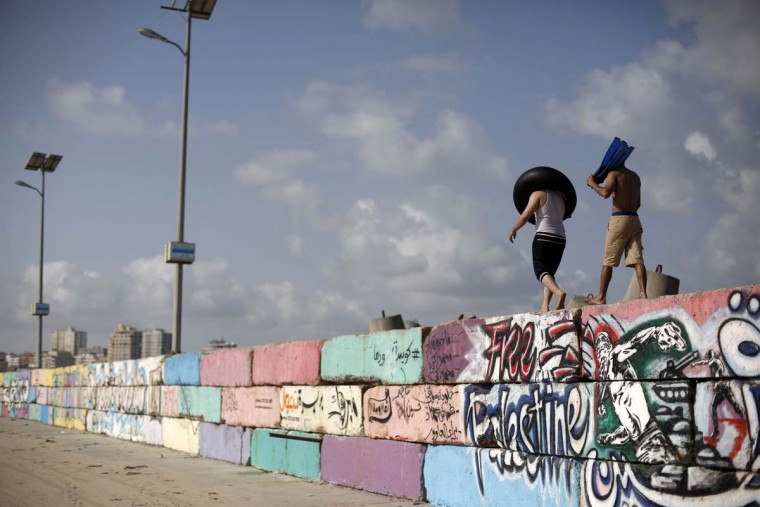 Palestinians walk on a wall on May 22, 2015 at the sea port in Gaza City. || CREDIT: MOHAMMED ABED – AFP/GETTY IMAGES 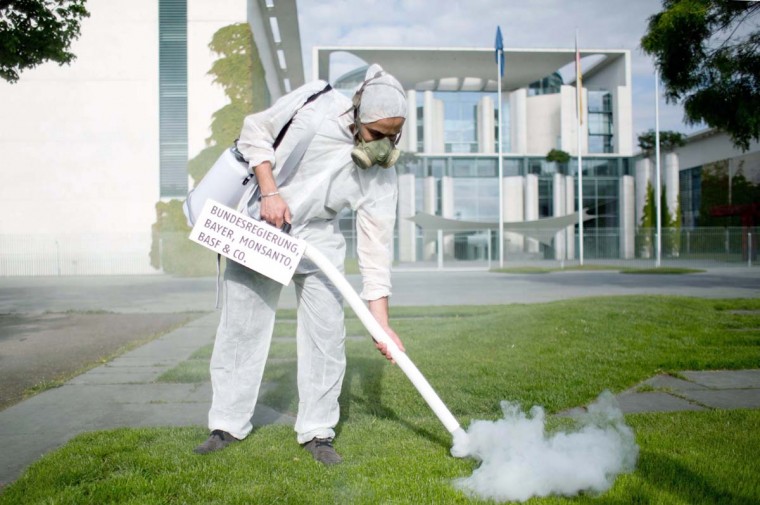 An activist wearing a gas mask sprays in front of the chancellery with a device reading “Government, Bayer, Monsanto, BASF and co” during an action on the International Day for Biological Diversity in Berlin, on May 22, 2015. Jörg Carstensen – AFP/Getty Images 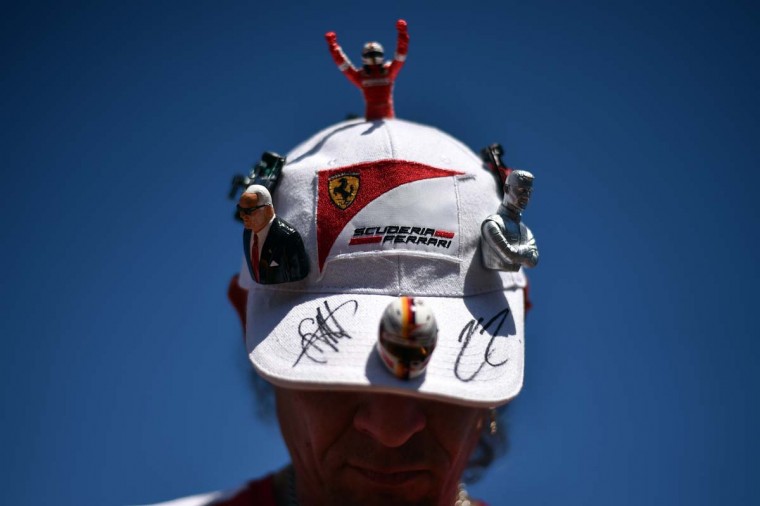 A supporter of the F1 Ferrari team sports various F1 related figurines on his cap as he waits for the drivers in the pit lane at the Monaco street circuit ahead of the Monaco Formula One Grand Prix in Monte-Carlo on May 22, 2015. || CREDIT: ANDREJ ISAKOVIC – AFP/GETTY IMAGES 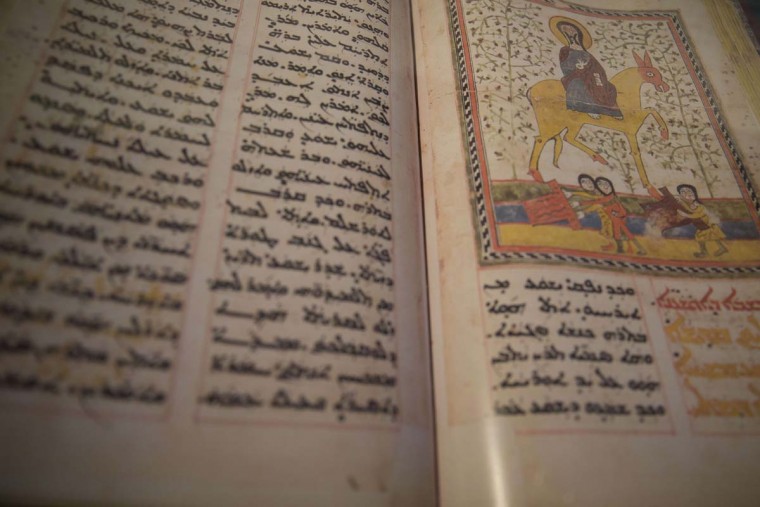 A picture taken on May 22 , 2015 at the National Archives in Paris, shows a part of the “Cycle of readings from the Gospels of Sundays and feast days depending on the Chaldean liturgical calendar”, copied in the 18th century, and currently displayed at the National Archives during an exhibition entitled: “Mesopotamia, a crossroads of cultures.” Iraqi friar Najeeb Michaeel, of the Roman Catholic Dominican Order, carried six boxes of documents dated between the 13th and 19th century across the border from Iraq into Kurdistan, to protect them from the systematic destruction of the non-Muslim cultural heritage by Daesh (IS). || CREDIT: KENZO TRIBOUILLARD – AFP/GETTY IMAGES 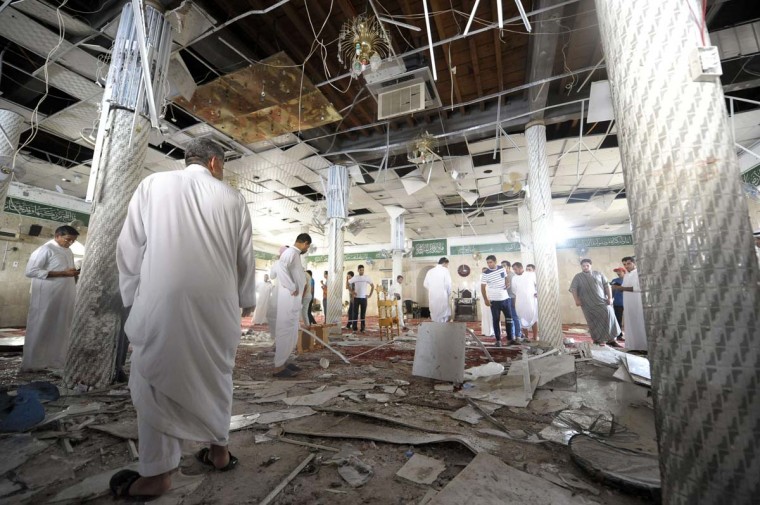 Saudi men gather around debris following a blast inside a mosque, in the mainly Shiite Saudi Gulf coastal town of Qatif, 400 kms east of Riyadh, on May 22, 2015. A suicide bomber targeted a Shiite mosque during Friday prayers in Kudeih in Shiite-majority Qatif district, the interior ministry said, with activists saying at least four worshippers were killed. AFP PHOTO / STRSTR/AFP/Getty Images ORG XMIT: 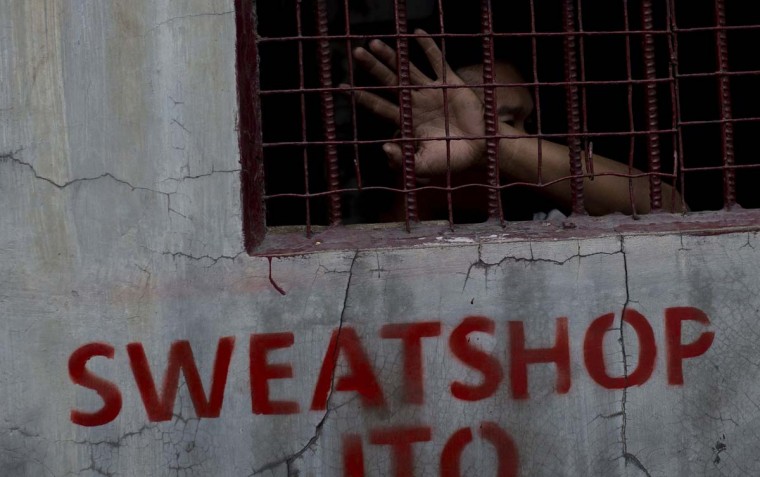 A worker peeks from the window of the guard house as church members and some relatives light candles in front of the gates of a footwear factory, nine days after the factory was gutted by a fire killing 72 of its workers, in Valenzuela city in suburban Manila on May 22, 2015. The company’s lawyers have rejected government allegations the factory lacked a fire escape and underpaid its workers. The blaze killed at least 72 people, though police said at least two workers remain missing and their remains may have been pinned down under the collapsed roof of the factory, which has since been ordered torn down by the government. || CREDIT: NOEL CELIS – AFP/GETTY IMAGES 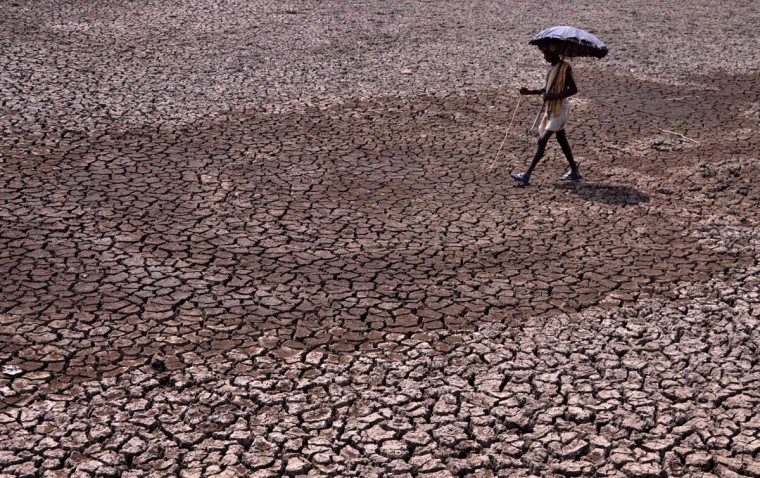 An Indian resident holds an umbrella as he walks across a dried-up pond on the outskirts of eastern Bhubaneswar on May 22, 2015. Many Indian cities face water shortages in the summer as temperatures soar above 40 degrees Celcius. || CREDIT: ASIT KUMAR – AFP/GETTY IMAGES 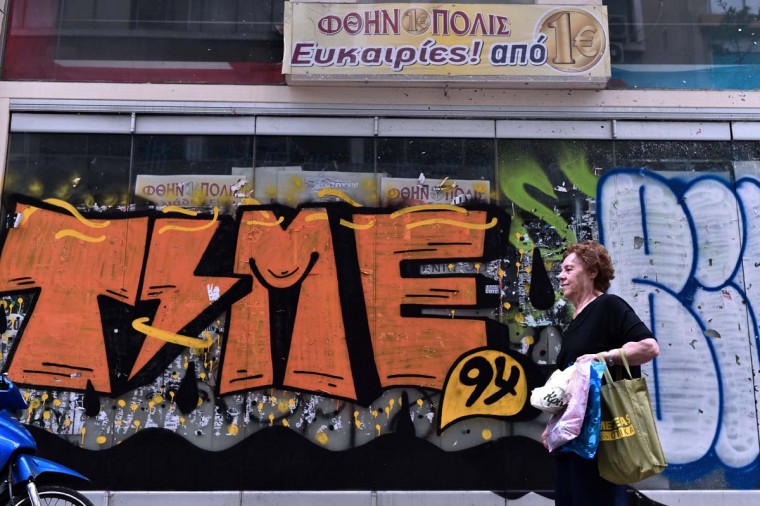 A woman walks past a shut-down store in Athens on May 22, 2015. German Chancellor Angela Merkel has dampened hopes for an end to marathon talks with Greece on a new loan deal as cash-strapped Athens said an agreement was possible by end month. || CREDIT: LOUISA GOULIAMAKI – AFP/GETTY IMAGES 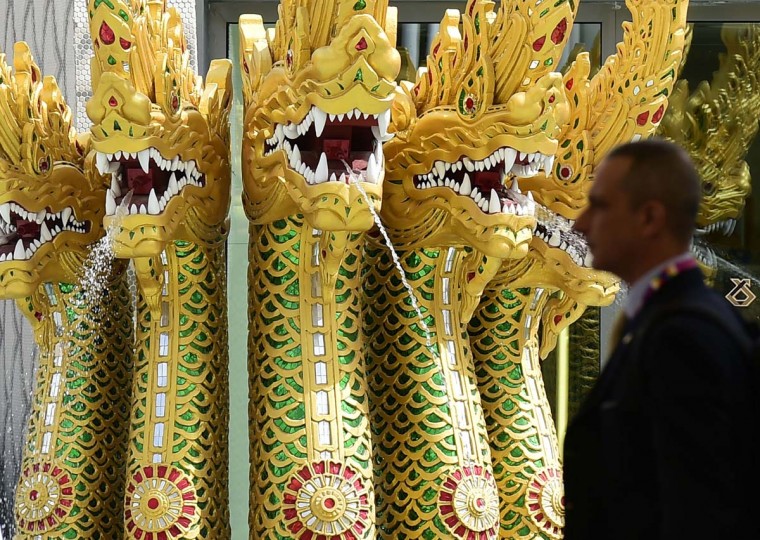 A mans walks past statues outside the pavilion of Thailand on May 21, 2015 during the Expo Milano 2015, the Universal Exhibition runing till October 31, 2015 in Milan. || CREDIT: OLIVIER MORIN – AFP/GETTY IMAGES 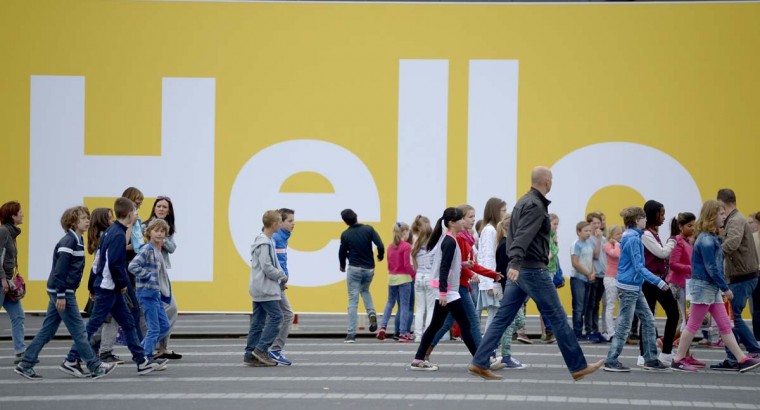 Children arrive before competition day one of the Shell Eco-marathon Europe 2015 in Rotterdam, Netherlands, Friday, May 22, 2015. (Marcel Van Hoorn/AP Images for Shell)