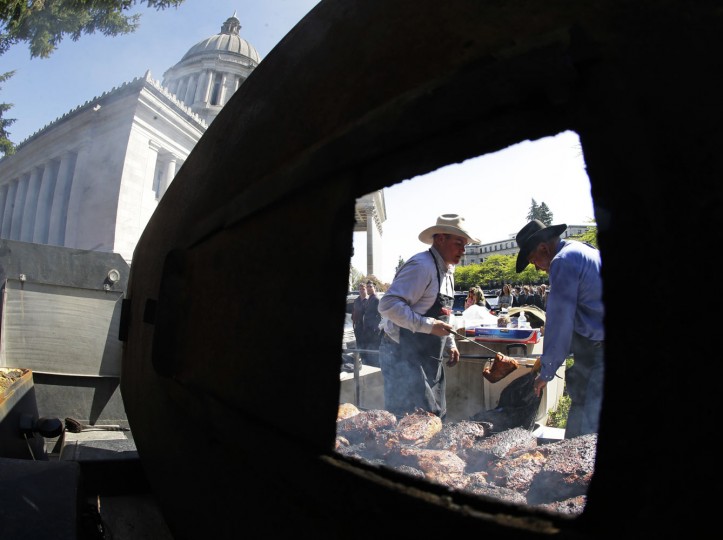 Don Blakemore, right, of Touchet, Wash., and Jack Field, of Yakima, Wash., are seen through a grill vent as they cook tri-tip beef roasts next to the Legislative Building, Thursday, April 9, 2015, at the Capitol in Olympia, Wash. Members of the Washington Cattlemen’s Association and other organizations served up free beef sandwiches to visitors and Capitol workers as part of the industry’s annual lobby day. (AP Photo/Ted S. Warren) 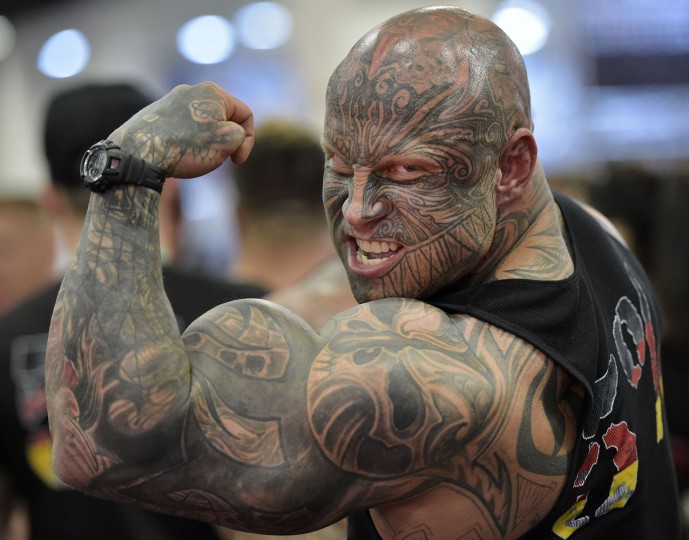 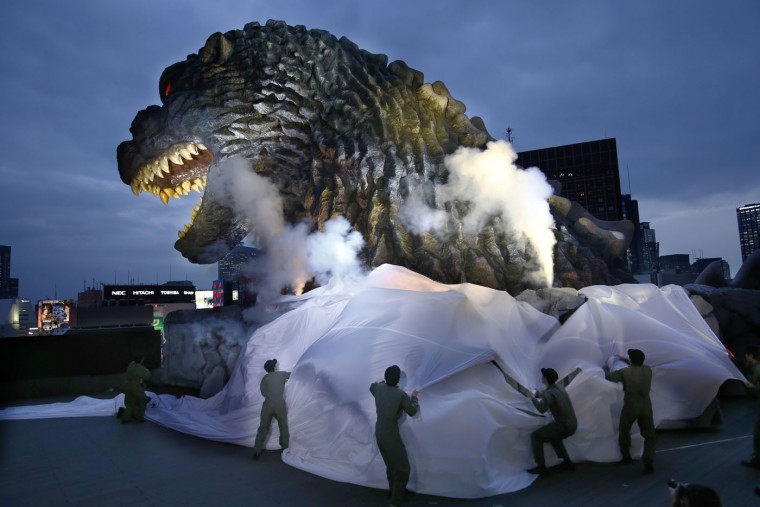 Godzilla’s head is unveiled as the irradiated monster was appointed special resident and tourism ambassador for Tokyo’s Shinjuku ward during its awards ceremony in Tokyo Thursday, April 9, 2015. The giant Godzilla head towering 52-meters (171 feet) above ground level was unveiled Thursday at an office of Toho, the studio behind the 1954 original. (AP Photo/Shizuo Kambayashi) 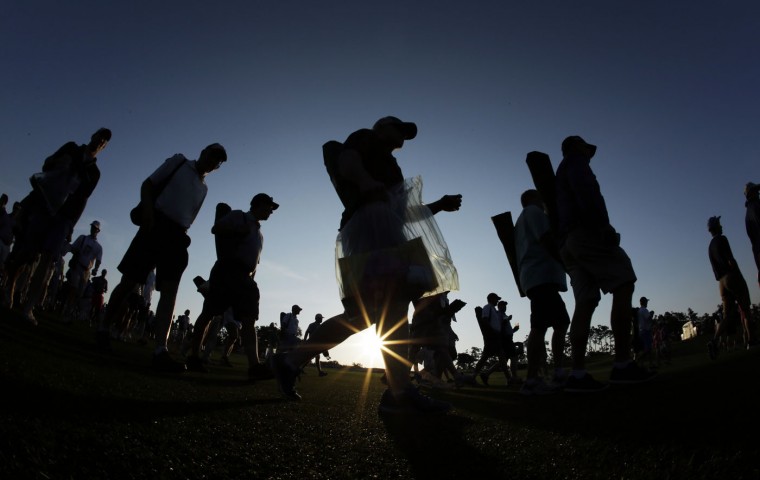 Spectators walk along the first fairway before the first round of the Masters golf tournament Thursday, April 9, 2015, in Augusta, Ga. (AP Photo/Matt Slocum) 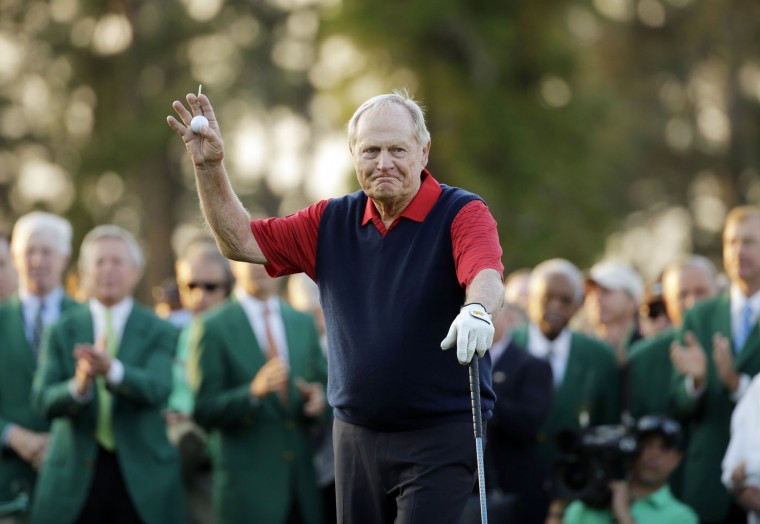 Jack Nicklaus waves before hitting on the first tee for the honorary tee off before the first round of the Masters golf tournament Thursday, April 9, 2015, in Augusta, Ga. (AP Photo/Matt Slocum) 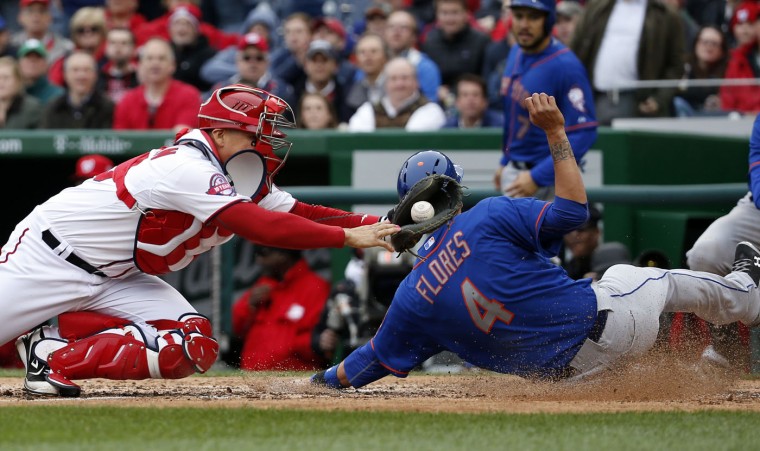 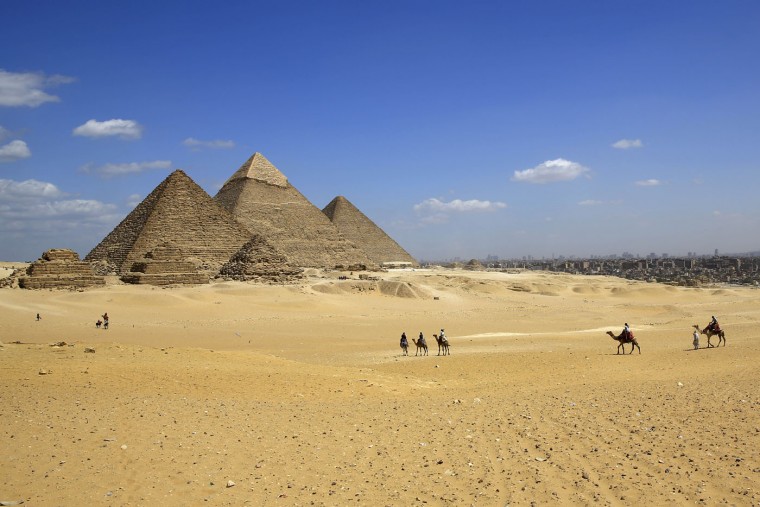 Tourists ride camels at the historical site of the Giza Pyramids in Giza, near Cairo, Egypt, Thursday, April 9, 2015. Giza, home to the three famed Pyramids and Sphinx, has seen few visitors in recent years. Since the ouster of Islamist President Mohammed Morsi, political violence has persisted, including militant attacks and violent protests. (AP Photo/Hassan Ammar) 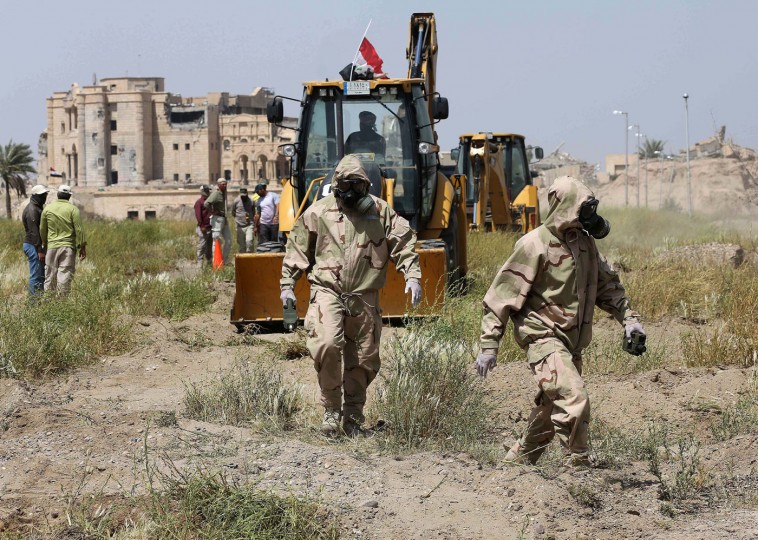 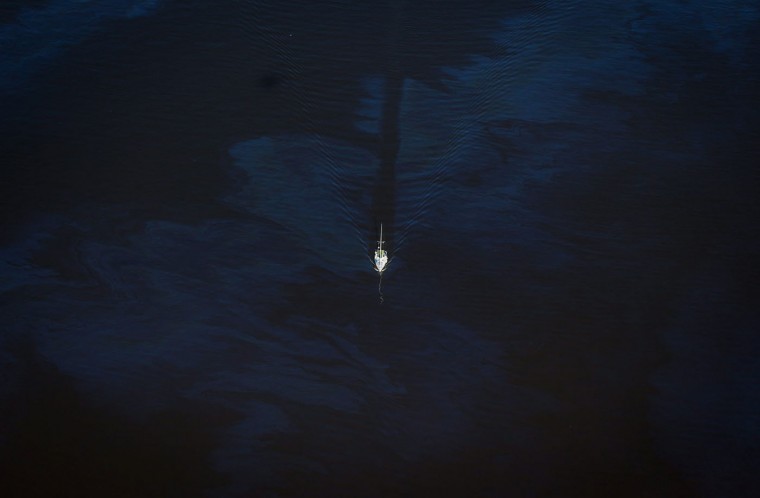 A sailboat cuts through fuel, believed to be leaking from a bulk carrier ship, Thursday, April 9, 2015, in Vancouver, British Columbia. The City of Vancouver said the spill was of bunker fuel and warned on social media that it’s toxic and should not be touched. (AP Photo/The Canadian Press, Darryl Dyck) 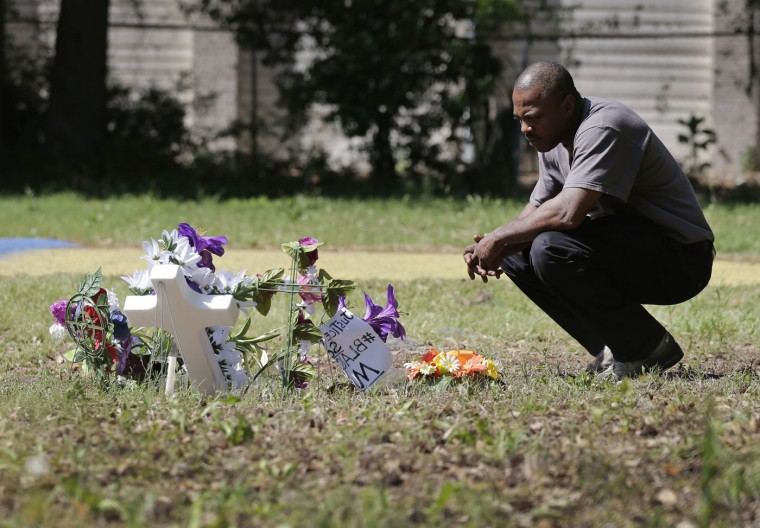 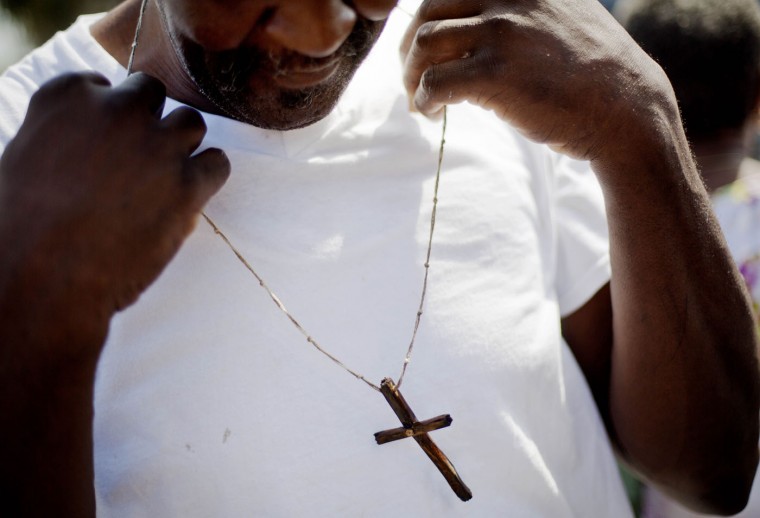 Anthony Gadsden, of Charleston, S.C., places a cross he made out of wood around his neck as people gather outside the Charleston NAACP office during a news conference regarding the shooting death of Walter Scott by a North Charleston police officer, Thursday, April 9, 2015, in Charleston S.C. The officer, Michael Thomas Slager, has been fired and charged with murder. (AP Photo/David Goldman) 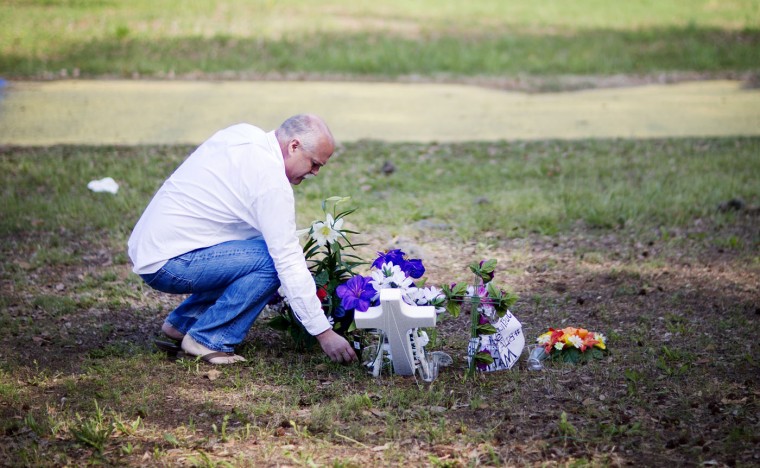 Jeffrey Spell, of Charleston, S.C., places flowers at the scene where Walter Scott was killed by a North Charleston police officer Saturday, after a traffic stop in North Charleston, S.C., Thursday, April 9, 2015. “I’ve worked in North Charleston for many years and I’m troubled by the whole thing. I thought it would be respectable,” said Spell about why he brought the flowers. “Nationwide, the cops are killing people. There has to be other ways of making arrests,” Spell said. The officer, Michael Thomas Slager, has been fired and charged with murder. (AP Photo/David Goldman) 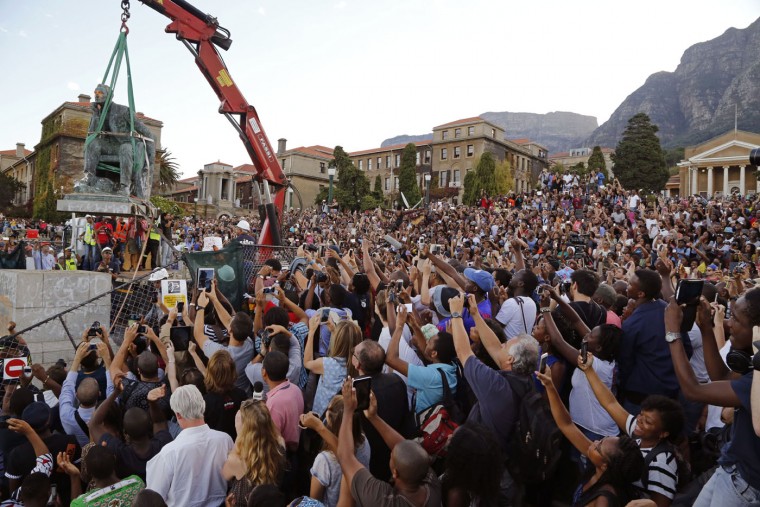 Students surround the decades old bronze statue of British colonialist Cecil John Rhodes, top left, as the statue is removed from the campus at the Cape Town University, Cape Town, South Africa, Thursday, April 9, 2015, responding to student protests describing it as symbolic of slow racial change on campus. Cecil Rhodes lived from 1853 until 1902, he was a businessman and politician in South Africa and was a fervent believer in British colonial rule. (AP Photo/Schalk van Zuydam)

« The End of the Road: Re-enacting the surrender at Appomattox » David MacCubbin’s hand-made acoustic guitars