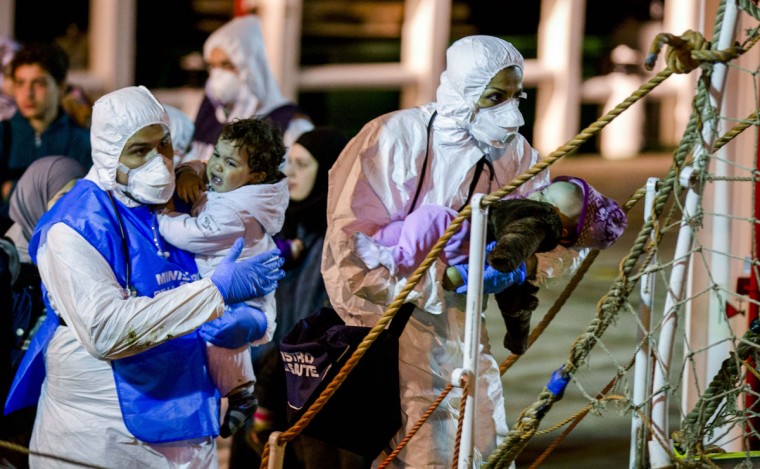 Rescuers help children to disembark in the Sicilian harbor of Pozzallo, Italy, early Monday, April 20, 2015. About 100 migrants, including 28 children, were rescued on Sunday by a merchant vessel in the Sicilian Strait while they were trying to cross. Another smuggler’s boat crammed with hundreds of people overturned off Libya’s coast on Saturday as rescuers approached, causing what could be the Mediterranean’s deadliest known migrant tragedy and intensifying pressure on the European Union Sunday to finally meet demands for decisive action. (AP Photo/Alessandra Tarantino) 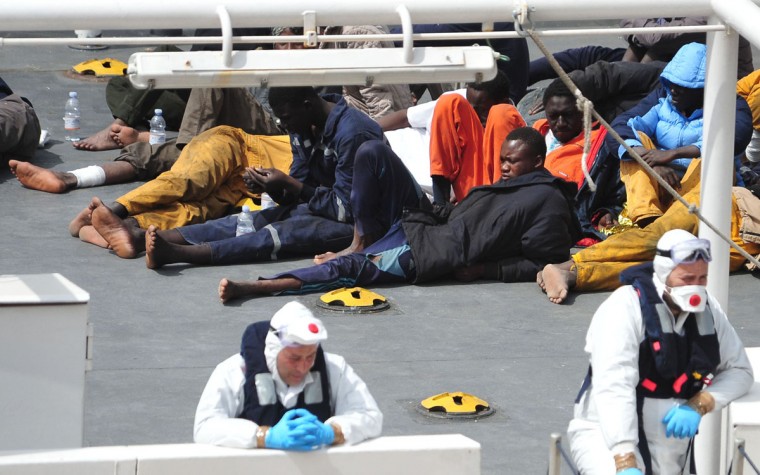 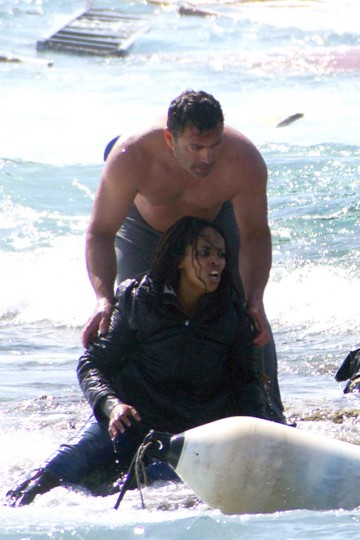 A man rescues an migrant from the Aegean sea, in the eastern island of Rhodes, Monday, April 20, 2015. Greek authorities said that at least three people have died, including a child, after a wooden boat carrying tens of migrants ran aground off the island of Rhodes. (Argiris Mantikos/Eurokinissi via AP) 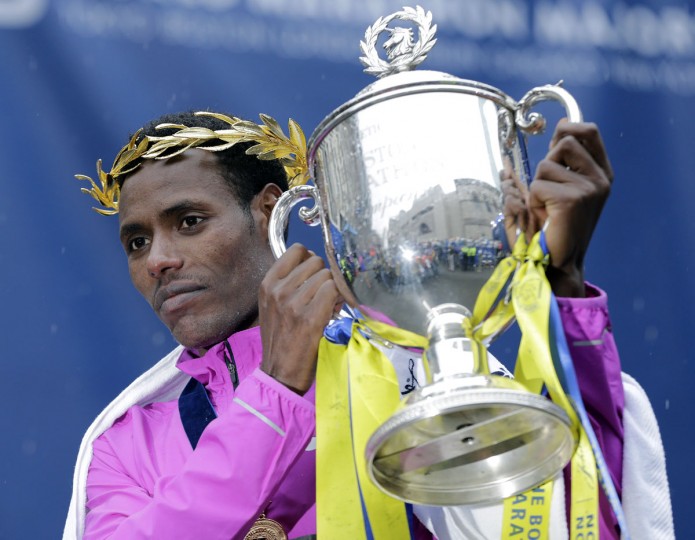 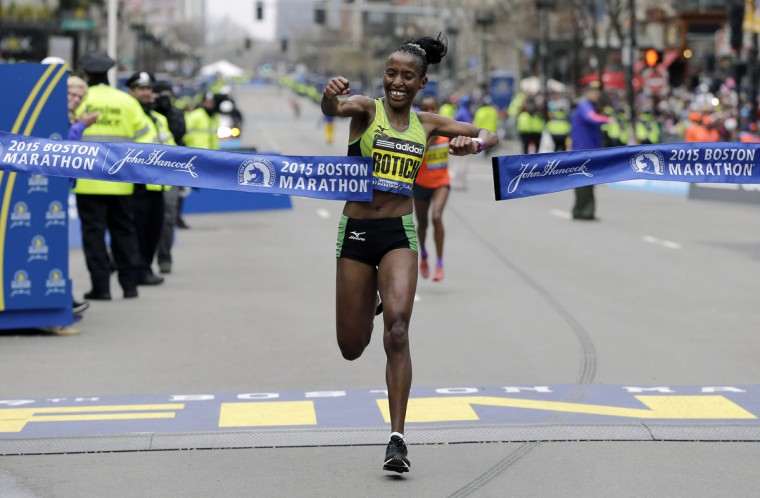 Caroline Rotich, of Kenya, breaks the tape to win the women’s division of the Boston Marathon, Monday, April 20, 2015 in Boston. (AP Photo/Elise Amendola) 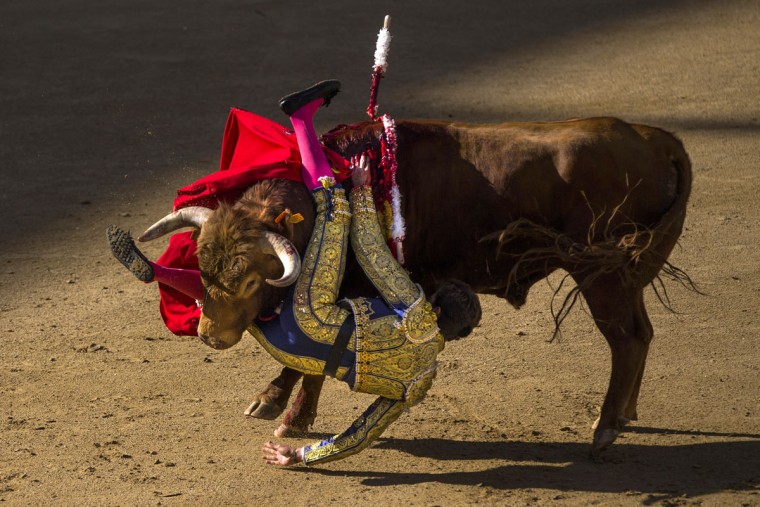 Bullfighter Tomas Angulo is tossed by a bull during a bullfight at Las Ventas bullring in Madrid, Spain, Sunday, April 19, 2015. Bullfighting is a traditional spectacle in Spain and the season runs from March to October. (AP Photo/Andres Kudacki) 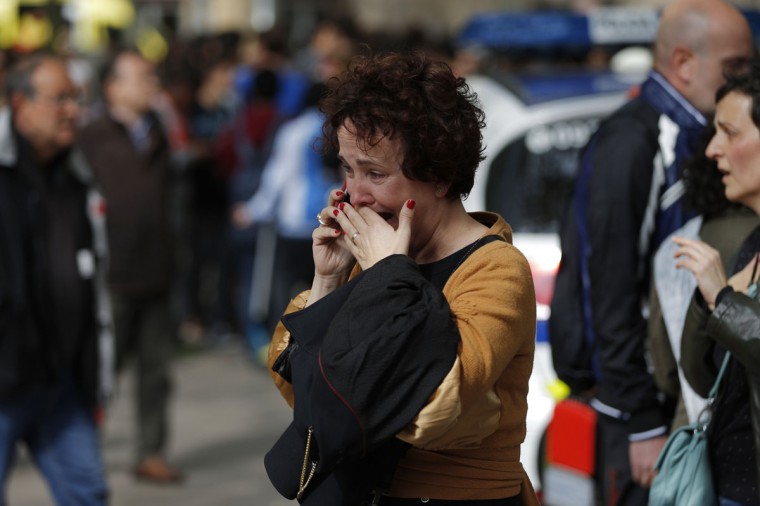 A woman speaks on a cell phone outside the high school in Barcelona, Spain, Monday, April 20, 2015, where a minor has been taken into custody. Police in the northeastern city of Barcelona have detained a youth suspected of having a killed a teacher and wounded several other people inside a school. A regional police spokesman said the minor was detained Monday. The officer was not immediately able to confirm what weapon was used to kill the male teacher but Spanish National Television and other media outlets said it was a crossbow. (AP Photo/Emilio Morenatti) 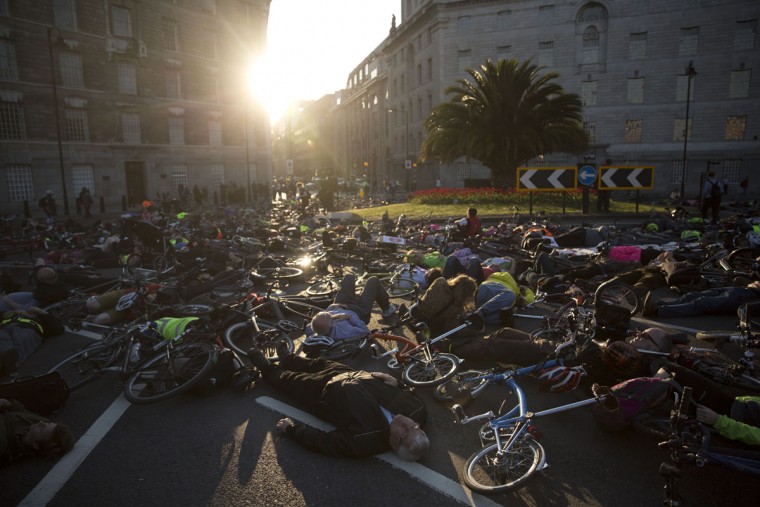 Cyclists lie in the street as they take part in a “die-in” vigil in memory of cyclist Moira Gemmill who died after being hit by a tipper truck on April 9, on a roundabout on the junction of Millbank and Lambeth Bridge in central London, Monday, April 20, 2015. Gemmill, aged 55 and the former head of design at the Victoria and Albert Museum, was the fifth cyclist killed in a collision with a vehicle in London this year. (AP Photo/Matt Dunham) 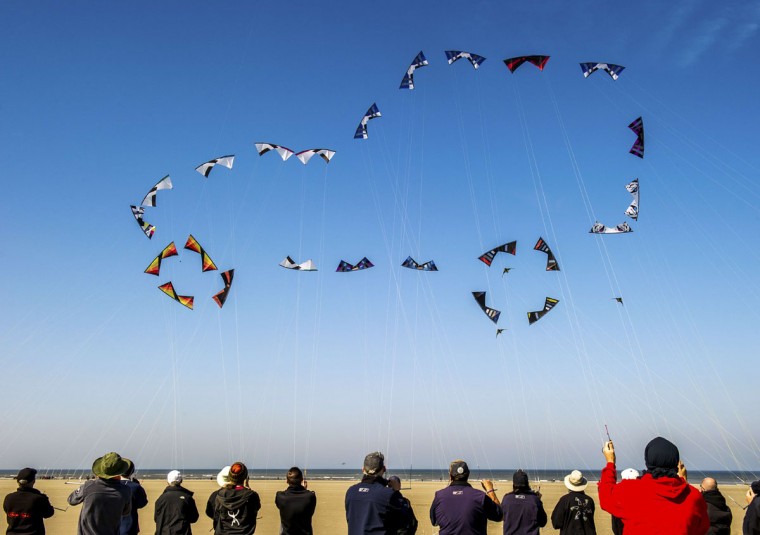 People fly their kites to form the shape of a car in the sky on the beach in Berck, northern France, on April 20, 2015, during the 29th “Rencontres Internationales de Cerfs Volants” (International Kite Meeting) which runs from April 18 to 26. (AFP Photo/Philippe Huguen) 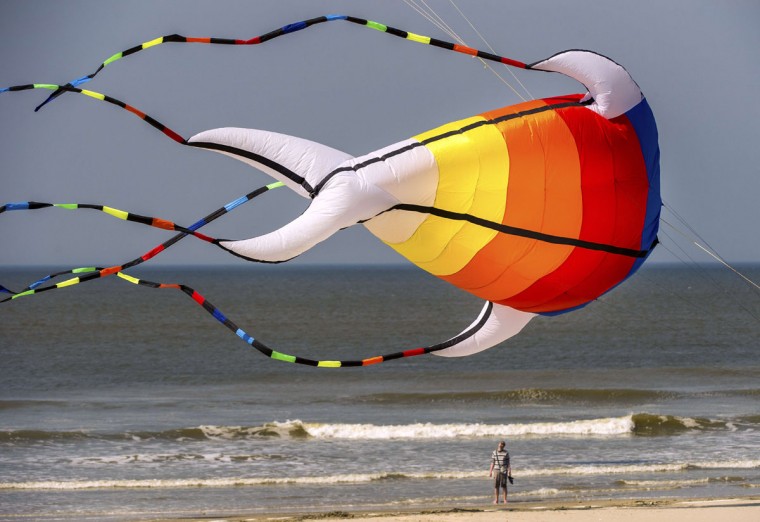 A man looks up at a giant kite flying above the beach in Berck, northern France, on April 20, 2015, during the 29th “Rencontres Internationales de Cerfs Volants” (International Kite Meeting) which runs from April 18 to 26. (AFP Photo/Philippe Huguen) 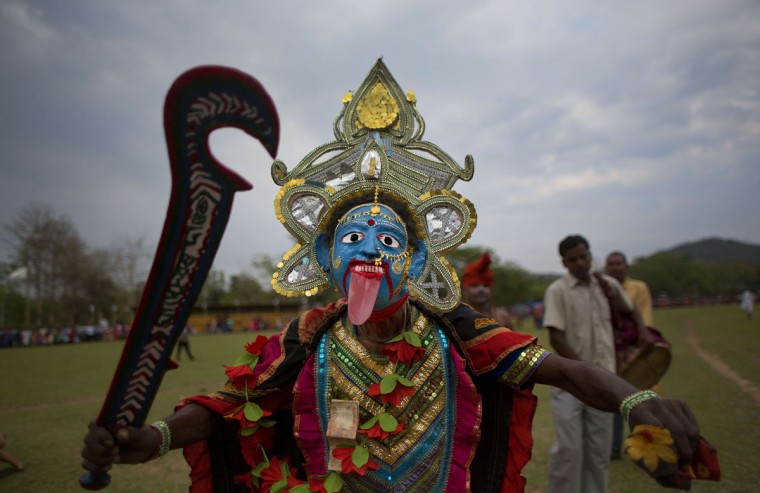 A man dressed as Hindu goddess Kali dances during the Suwori festival in Boko about 75 kilometers (47 miles) west of Gauhati, India, Monday, April 20, 2015. Traditional elephant fights, elephant races, tug of war and dances mark this festival which coincides with the Assamese Rongali Bihu, or the harvest festival of the northeastern Indian state of Assam. (AP Photo/ Anupam Nath) 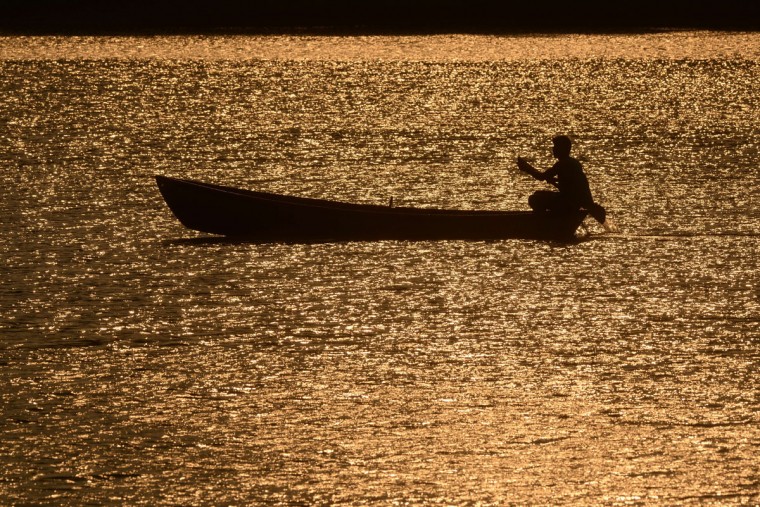 The silhouette of a fisherman is seen at sunset in the waters of Lake Suchitlan in Suchitoto, 47 km east of San Salvador, El Salvador on April 19, 2015. (AFP Photo/Marvin Recinos) 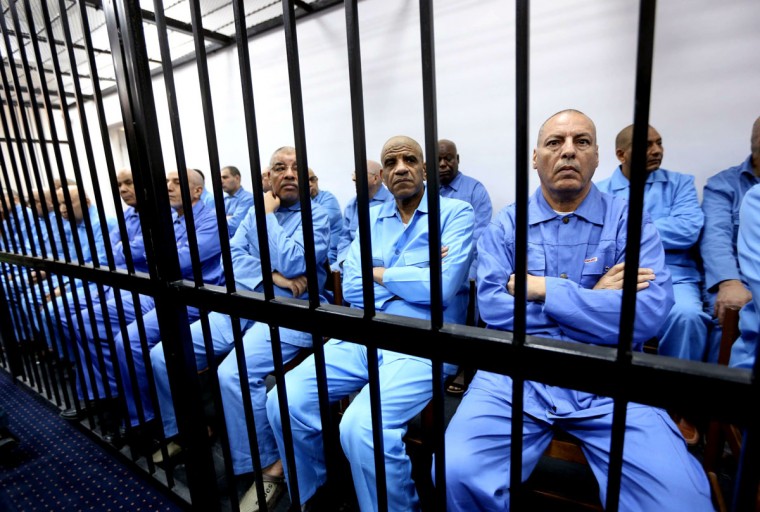 Former Libyan intelligence chief Abdullah al-Senussi (front row 2R) sits dressed in prison blues with other defendants behind the bars of the accused cell during a hearing as part of their trial on April 20, 2015 at court of appeals in the Libyan capital, Tripoli. Thirty-seven former officials of slain Libyan dictator Moamer Kadhafi are charged with murder, kidnapping, complicity in incitement to rape, plunder, sabotage, embezzlement of public funds and acts harmful to national unity. (AFP Photo/Mahmud Turkia)