A proposed Everest tunnel, a crowd of garish suits, a tragedy in Jalalabad | April 10 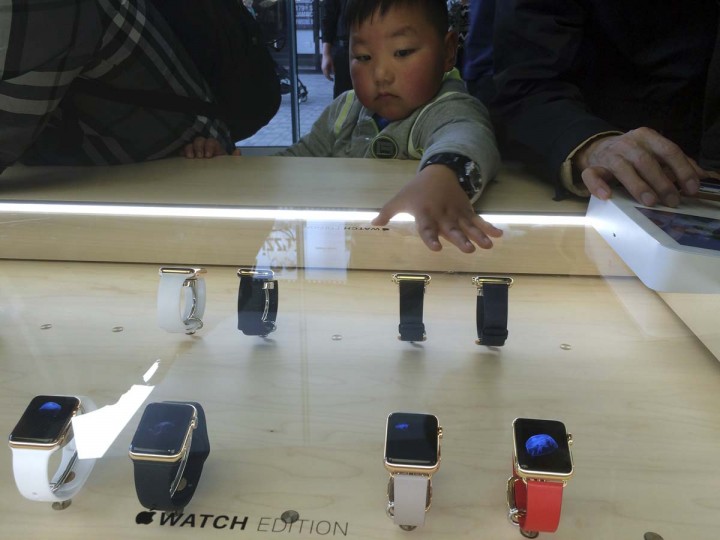 A child looks at a display of Apple Watches at an Apple retail store in Beijing Friday, April 10, 2015. From Beijing to Paris to San Francisco, the Apple Watch made its debut Friday. Customers were invited to try them on in stores and order them online. China was among countries where the watch had its global debut Friday, reflecting the country’s fast-growing status as one of Apple’s most important markets. || CREDIT: NG HAN GUAN – AP PHOTO 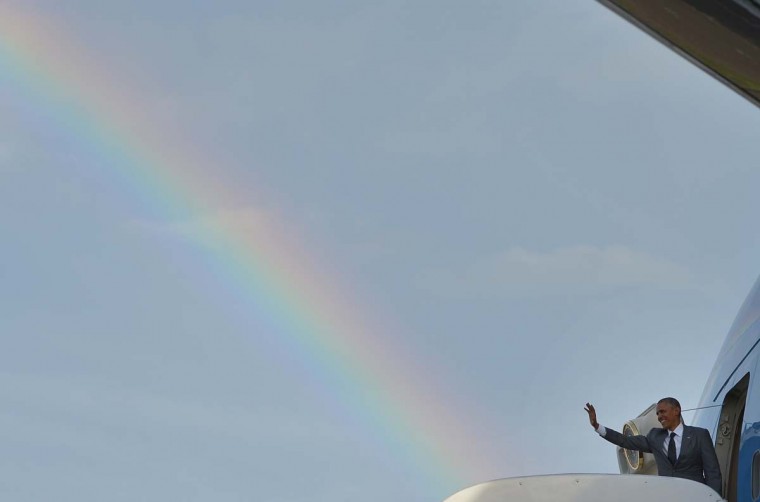 US President Barack Obama makes his way to board Air Force One under a rainbow upon departure from Kingston, Jamaica on April 9, 2015. Obama is heading to Panama to attend the Summit of the Americas. || CREDIT: MANDEL NGAN – AFP/GETTY IMAGES 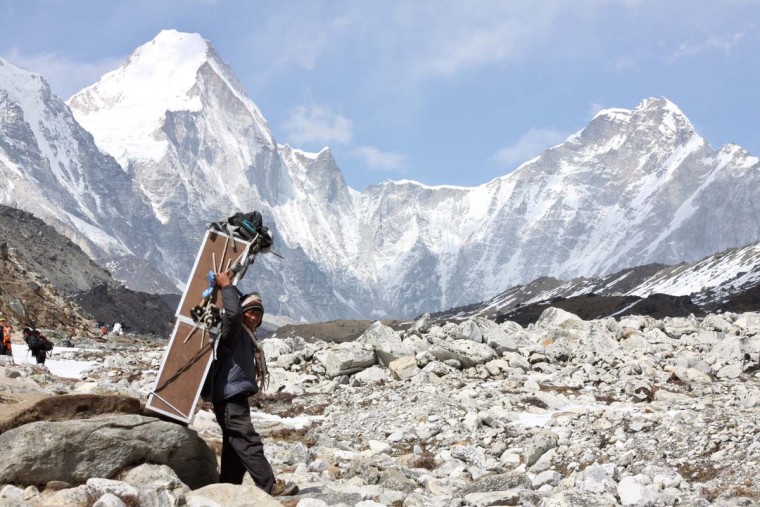 A porter carries crates containing oxygen tanks, with Mt Lingtren seen behind left, and Mt. Khumbutse, right, on his way towards Everest Base Camp, at Lobuche, Nepal, Friday, April 10, 2015. According to reports in the state run China Daily, a proposed plan for a rail link from China to Nepal could involve boring a tunnel under the 8,850-meter (29,035-foot) Mount Everest. The building of a rail link from Chinese-controlled Tibet to Nepal would need to pass beneath the Himalayan mountain range, according to reports. || CREDIT: TASHI SHERPA – AP PHOTO 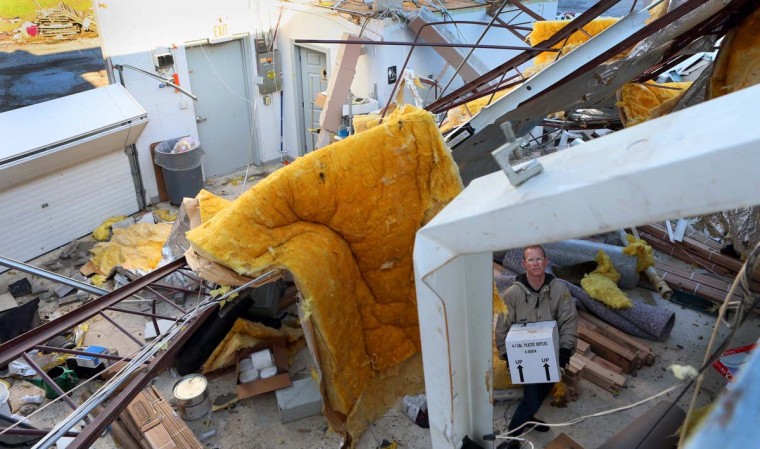 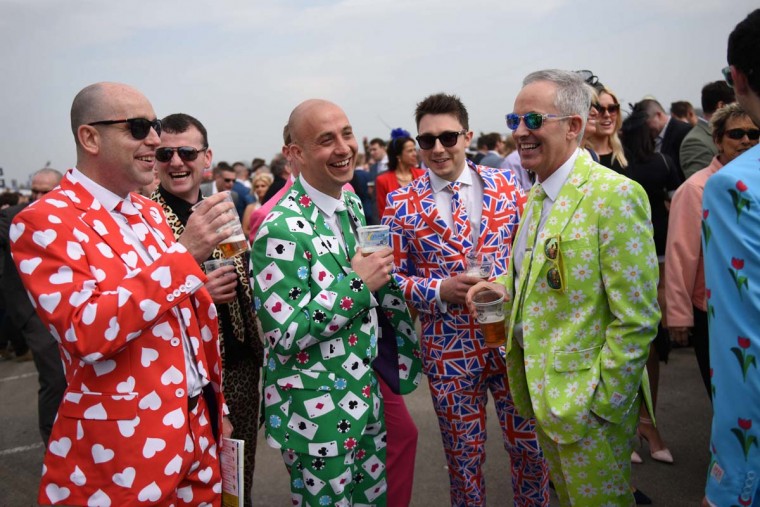 Racegoers attend ‘Ladies Day’ of the Grand National Festival horse race meeting at Aintree Racecourse in Liverpool, Northern England on April 10, 2015. The annual three day meeting culminates in the Grand National which is run over a distance of four miles and four furlongs (7,242 metres), and is the biggest betting race in the United Kingdom. || CREDIT: OLI SCARFF – AFP/GETTY IMAGES 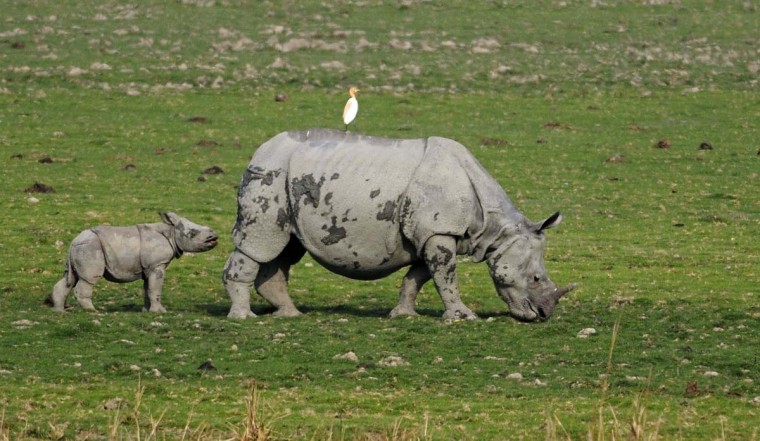 An Indian one-horned rhinoceros and calf graze at the Pobitora Wildlife Sanctuary in the Morigaon district of the northeastern state of Assam on April 10, 2015. Pobitora has the highest-density population of rhinos in the world, numbering some 93 based on figures from a 2012 census. Illegal rhino horn trade is one of the major environmental issued faced in the rhino-protected areas of Assam, with authorities reporting that some nine one-horned rhinoceroses have been killed in the area in 2015. || CREDIT: BIJU BORO – AFP/GETTY IMAGES 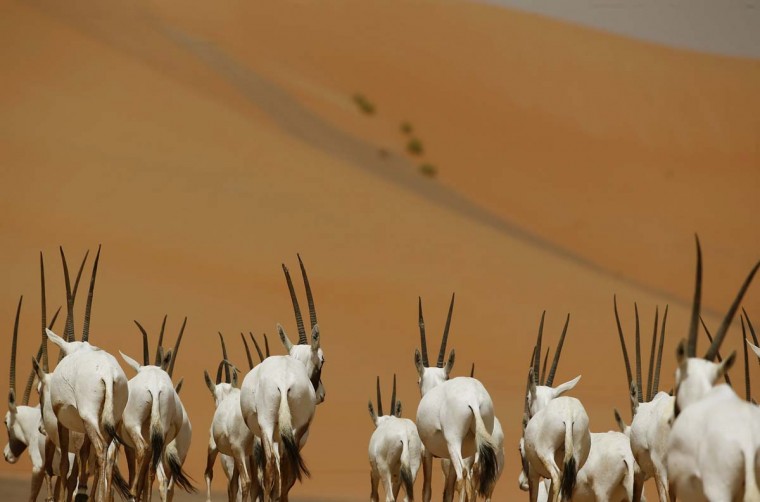 Arabian Oryx walk at the Arabian Oryx Sanctuary in Umm Al-Zamool, some 290 kilometres south of Abu Dhabi near the Saudi Arabia-UAE border, on April 10, 2015. The sanctuary stretches over an estimated area of 8,900 square kilometres and currently hosts nearly 155 of the species, which were reintroduced into the its natural habitat in the UAE in a five-year conservation plan launched by UAE’s late ruler Sheikh Zayed bin Sultan Al Nahyan, after fears of their extinction. || CREDIT: KARIM SAHIB – AFP/GETTY IMAGES 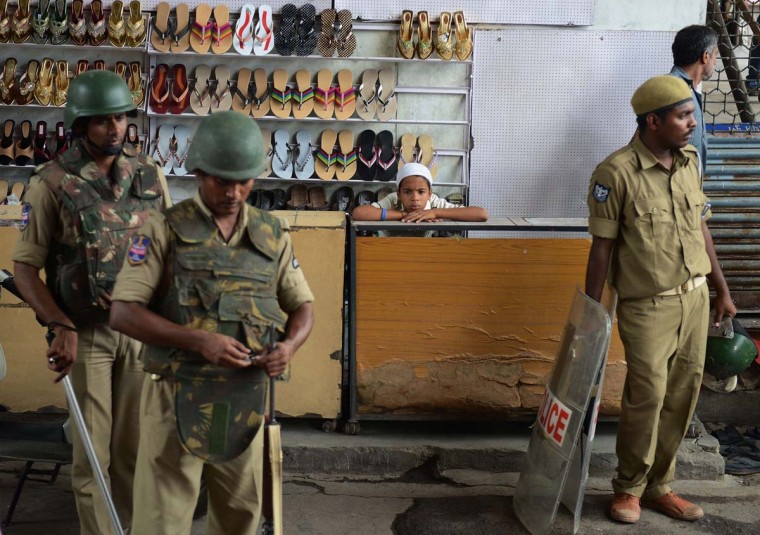 An Indian child looks on from a shoe stall as police stand guard near Mecca Masjid during Friday prayers in Hyderabad on April 10, 2015. Security has been increased in the city after the killing by police of five people who officials claimed were suspected of involvement in terrorism. || CREDIT: NOAH SEELAM – AFP/GETTY IMAGES 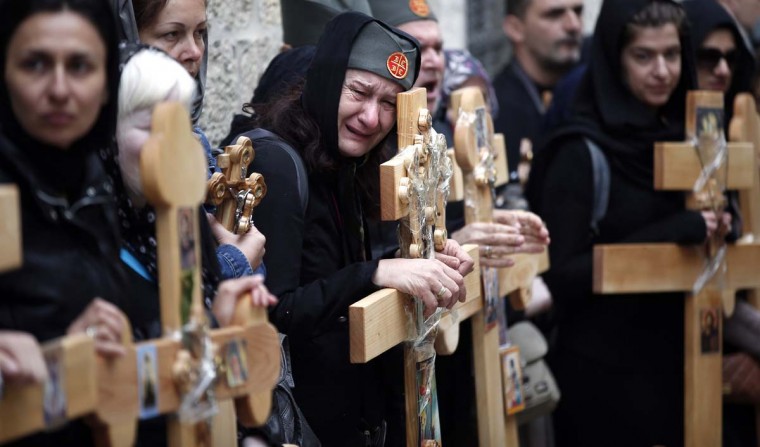 A Serbian Orthodox Christian pilgrim cries as her group carries wooden crosses along the Via Dolorosa (Way of Suffering), during the Orthodox Good Friday procession in Jerusalem’s old city on April 10, 2015. || CREDIT: THOMAS COEX – AFP/GETTY IMAGES 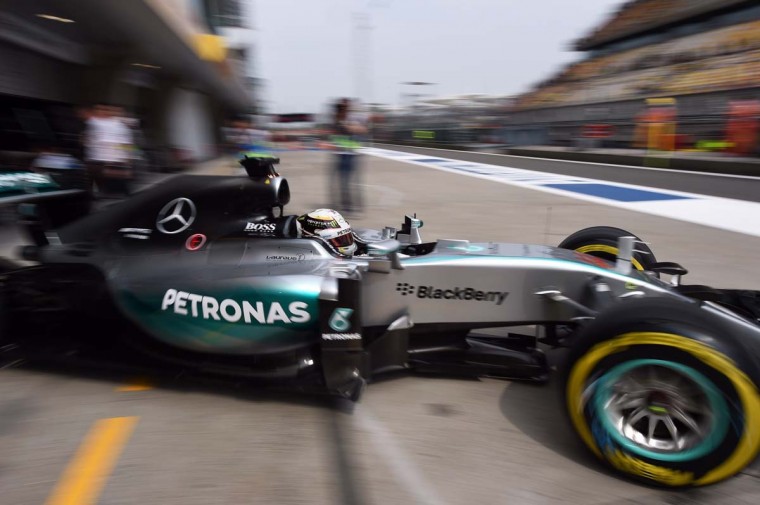 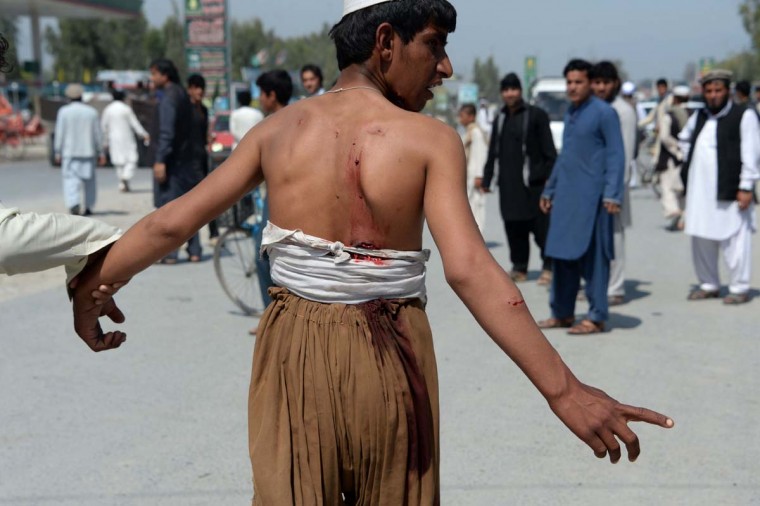 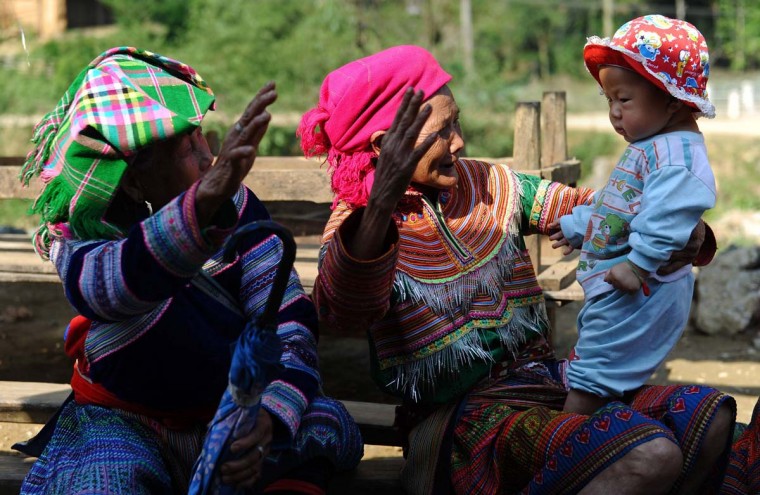 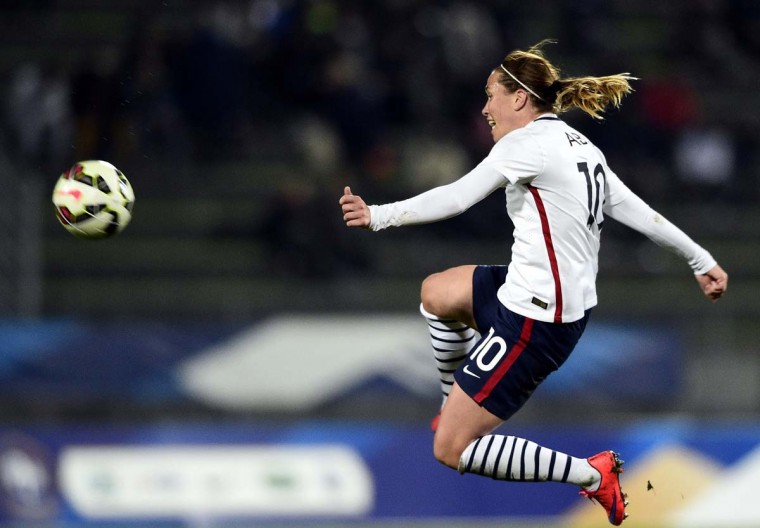 France’s midfielder Camille Abily jumps for the ball during the friendly football match France vs Canada, on April 9, 2015 at the Stade Robert-Bobin stadium in Bondoufle, near Paris. || CREDIT: FRANCK FIFE – AFP/GETTY IMAGES 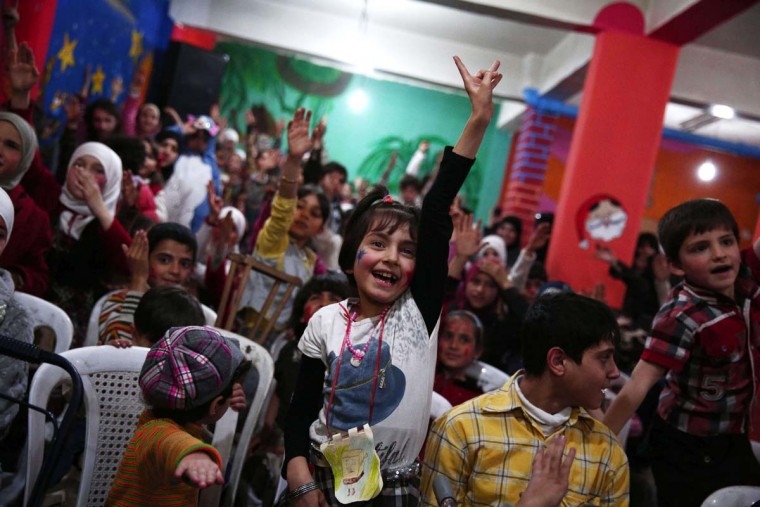 Orphaned, injured and disabled Syrian children attend a party organized by a non-governmental organisation, Douma Society, and the Syrian Arab Red Crescent in the rebel-held area of Douma, east of the capital Damascus on April 9, 2015. A psychological support team provides activities for the children including singing, watching cartoons and painting. || CREDIT: ABD DOUMANY – AFP/GETTY IMAGES 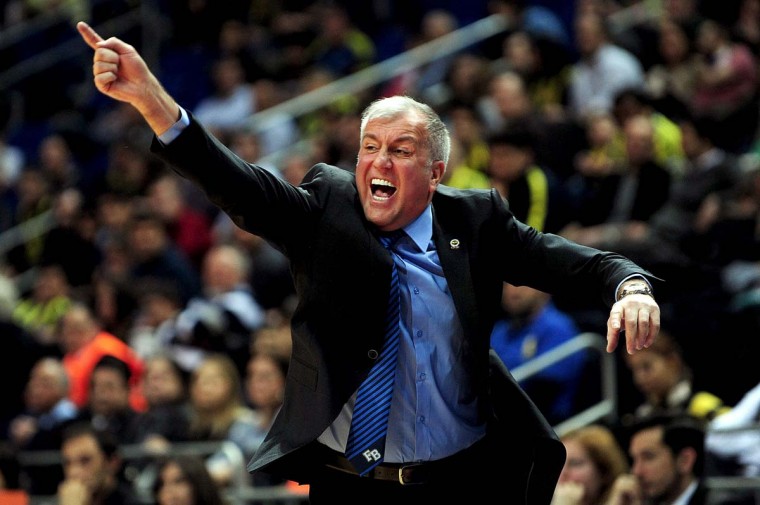 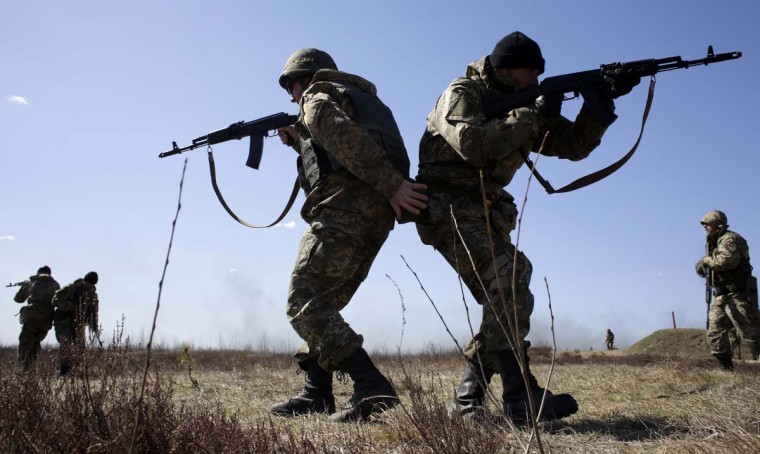 Ukrainian servicemen take part in a military drill in the Zhytomyr region, some 150 kms from Kiev, on April 9, 2015. Amnesty International on April 9 said it had new proof of the “summary killings” of Ukrainian soldiers captured by pro-Russian separatist fighters in eastern Ukraine, and demanded a quick impartial probe. Both types of groups have a complex history in the country.|| ANATOLII STEPANOV – AFP/Getty Images 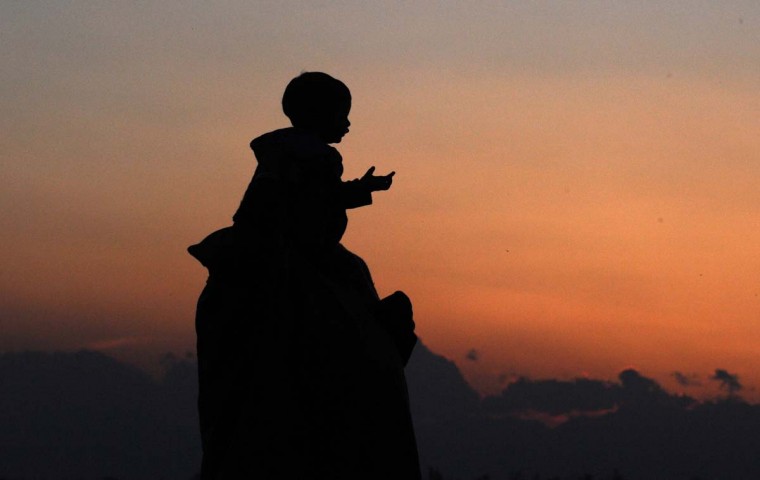 A Kashmiri woman carries her child on her shoulder on the banks of Dal lake during sunset in Srinagar on April 9, 2015. || CREDIT: TAUSEEF MUSTAFA – AFP/GETTY IMAGES 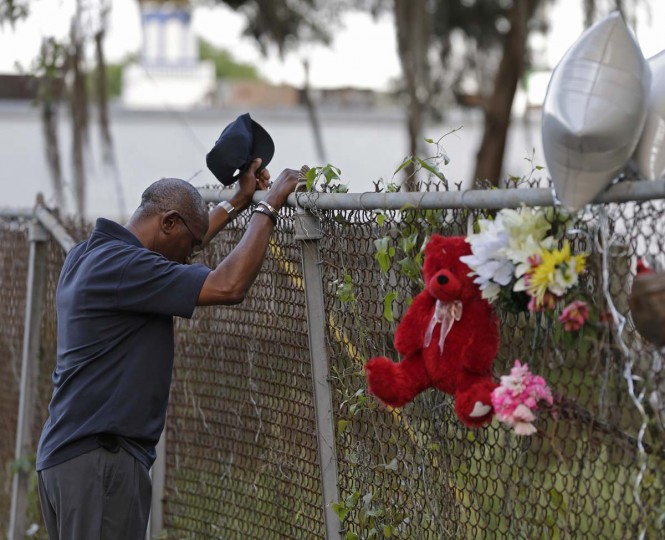 Jerome Flood, of James Island, S.C., pauses for a moment of silence at the scene the killing of Walter Scott by a North Charleston police officer Saturday after a traffic stop in North Charleston, S.C., Friday, April 10, 2015. Scott was best man at Flood’s wedding and Flood said he wanted to see where it happened. The officer, Michael Thomas Slager, has been fired and charged with murder. || CREDIT: CHUCK BURTON – AP PHOTO