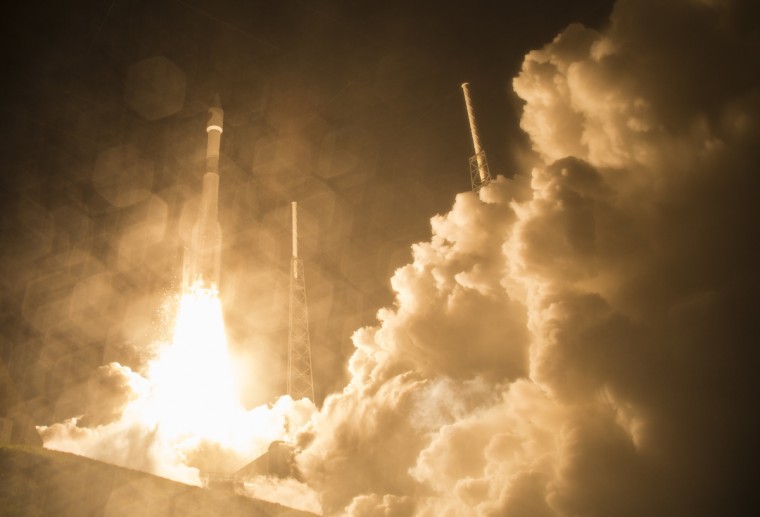 In this handout provided by the National Aeronautics and Space Administration (NASA), the United Launch Alliance Atlas V rocket with NASA’s Magnetospheric Multiscale (MMS) spacecraft onboard launches from the Air Force Station Space Launch Complex 41 March 12, 2015 in Cape Canaveral, Florida. NASA’s MMS mission will study how magnetic fields around Earth connect and disconnect, explosively releasing energy via a process known as magnetic reconnection. MMS consists of four identical spacecraft that work together to provide the first three-dimensional view of this fundamental process, which occurs throughout the universe. (Aubrey Gemignani/NASA via Getty Images) 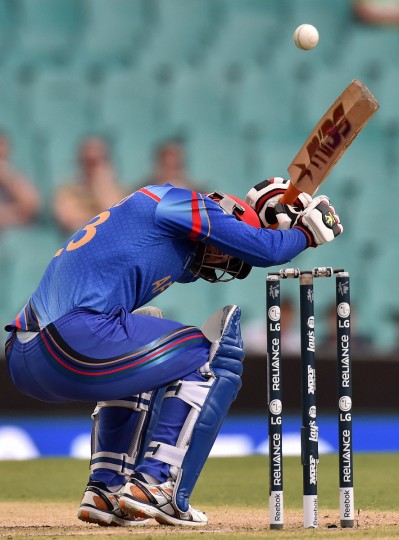 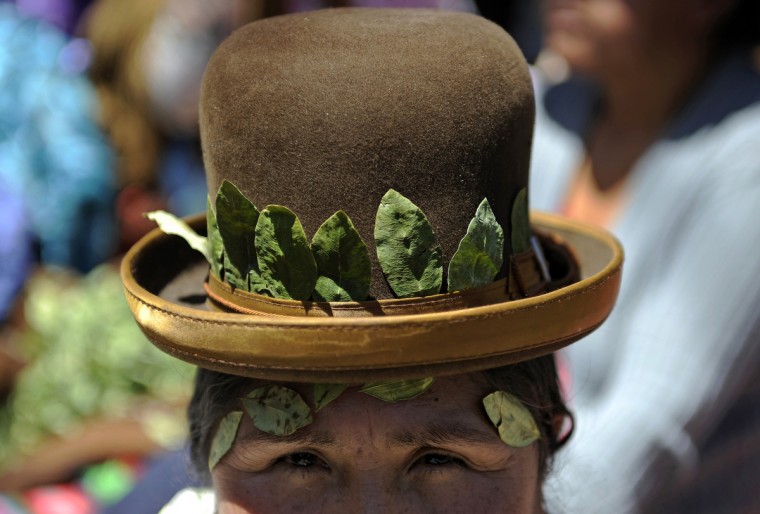 An Aymara woman takes part in the celebration of the national day of “acullico” — the practice of coca chewing — at the Villaroel square in La Paz, Bolivia. (Jorge Bernal/AFP/Getty Images) 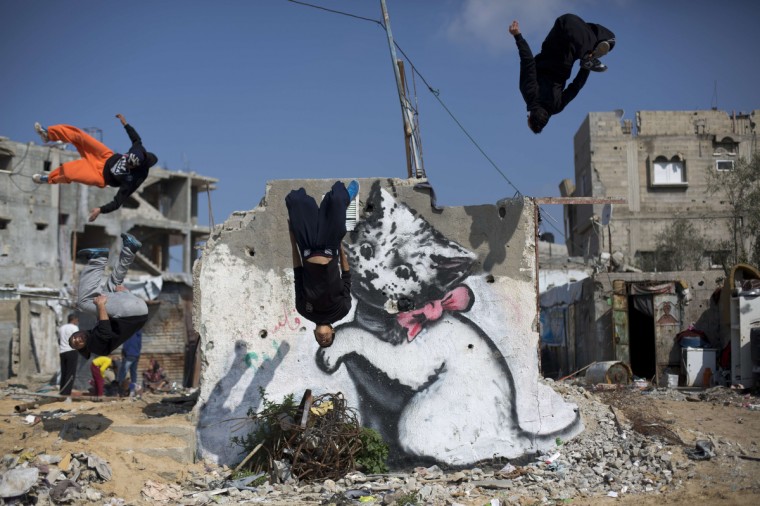 Palestinian youths practice their Parkour skills past a mural said to have been painted by British street artist Banksy, on the remains of a house that was destroyed during the 50-day war between Israel and Hamas militants in the summer of 2014, in the Gaza Strip town of Beit Hanun. (Mohammed Abed/MAFP/Getty Images) 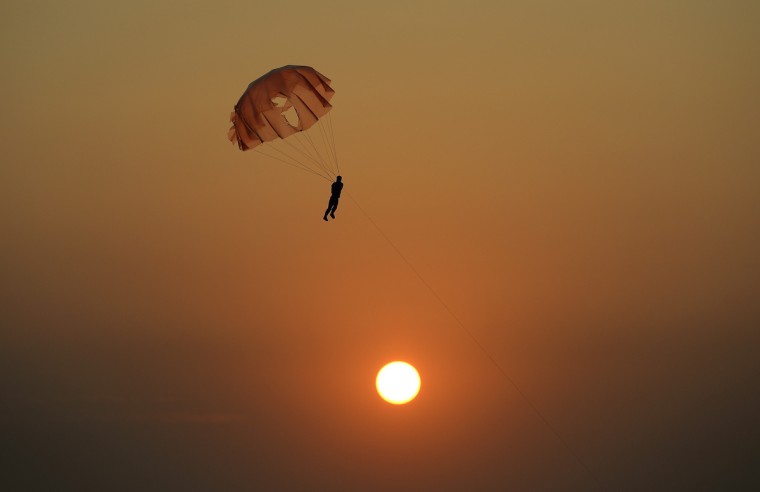 An Indian vendor (unseen) flies a parachute toy to attract customers at the Juhu beach during a sunset in Mumbai. (Punit Paranjpe/AFP/Getty Images) 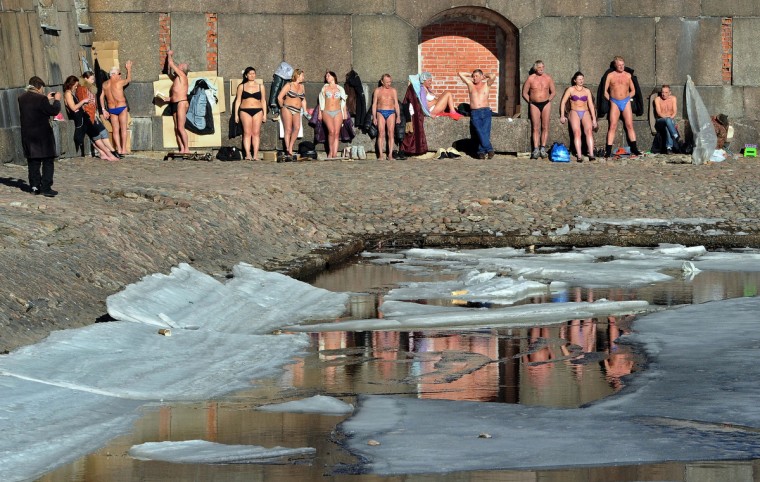 People enjoy sunbathing at the wall of the Peter and Paul fortress in Saint Petersburg. (Olga Maltseva/AFP/Getty Images) 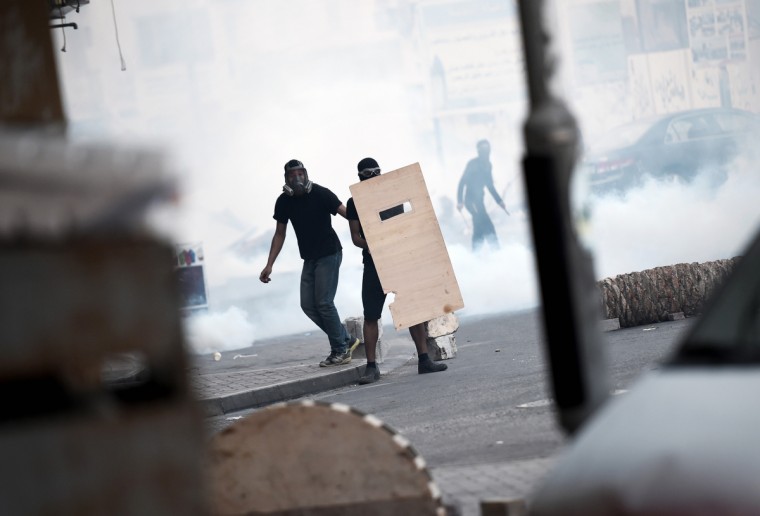 Bahraini protestors take cover during clashes with police following a demonstration to mark the fourth anniversary of the Saudi-led Gulf coalition that helped the Bahraini government crush the Arab Spring-inspired uprising, in the village of Daih on the outskirts of the capital Manama. (Mohammed Al-Shajkh/AFP/Getty Images) 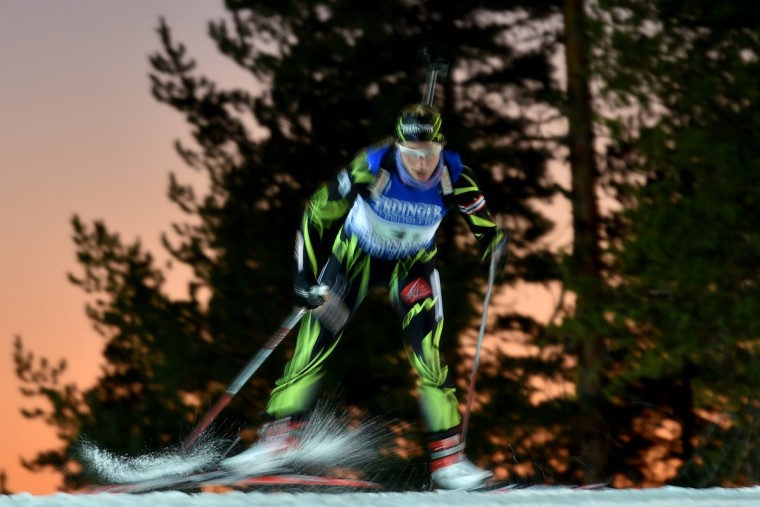 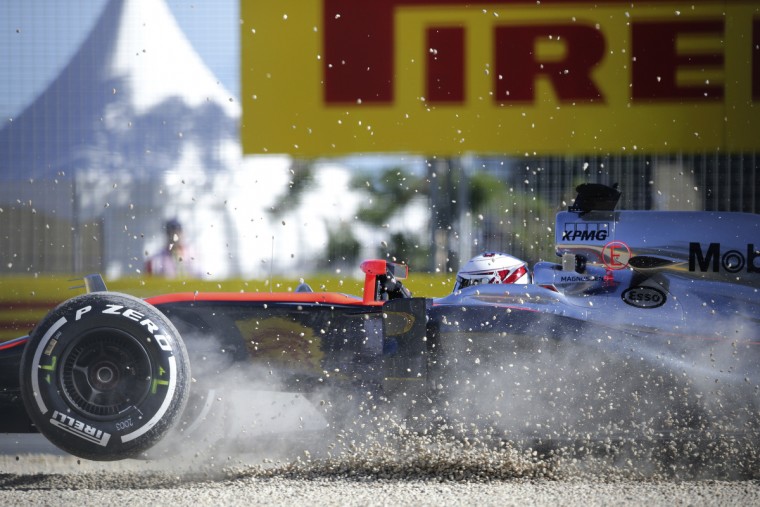 McLaren driver Kevin Magnussen of Denmark steers his car on the dirt on his way to crashing into a tire wall during the second practice session for the Australian Formula One Grand Prix at Albert Park in Melbourne, Australia. (AP Photo/Rob Griffith) 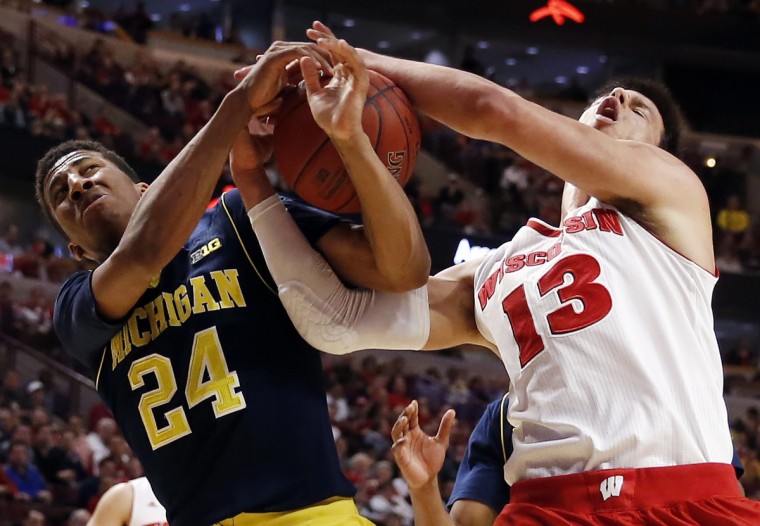 Michigan’s Aubrey Dawkins (24) and Wisconsin’s Duje Dukan (13) battle for a rebound in the second half of an NCAA college basketball game in the quarterfinals of the Big Ten Conference tournament in Chicago. Wisconsin won 71-60. (AP Photo/Charles Rex Arbogast) 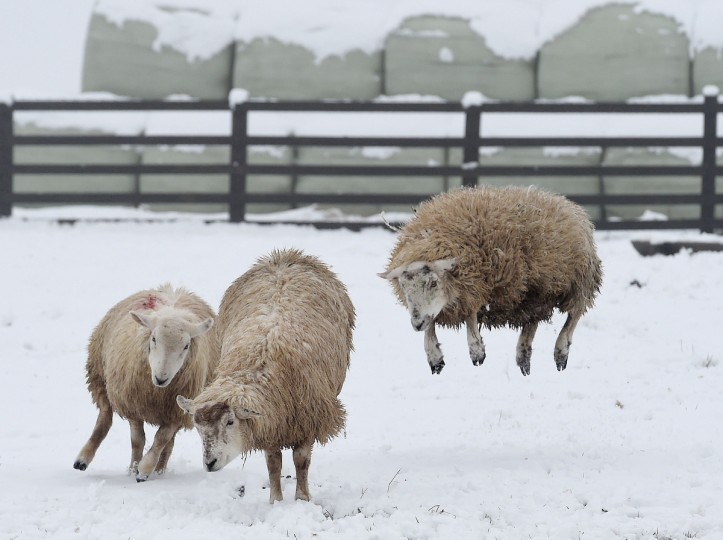 Sheep jump through the snow near Castleside, England, as Britain was bracing itself for more snow as winds from the east sweep across the country. After a week of blue skies and sunshine, temperatures are turning markedly cooler because of a chilly blast from Scandinavia. (AP Photo/Owen Humphreys) 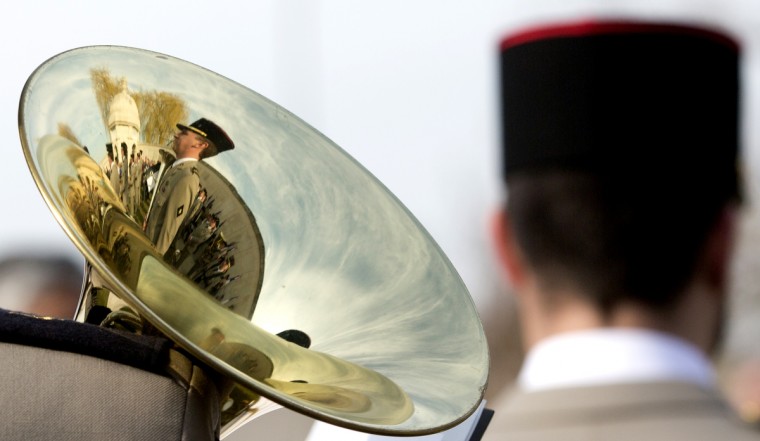 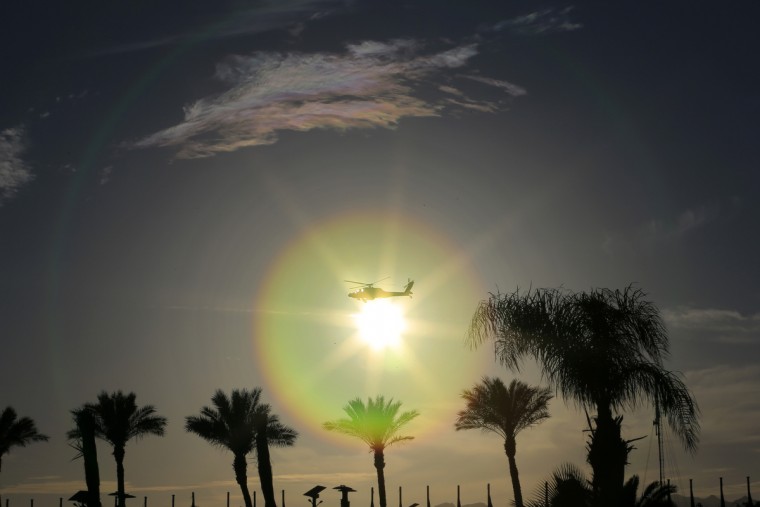 An Egyptian military helicopter circles over the venue of a major economic conference seeking billions of dollars in investment that will bring together hundreds of business executives and foreign leaders, in Sharm el-Sheikh, Egypt. Egypt’s Gulf Arab allies promised it $12 billion in new investment and aid on Friday, as President Abdel-Fattah el-Sissi opened the international conference to promote an ambitious recovery plan for his country’s ailing economy. (AP Photo/Hassan Ammar) 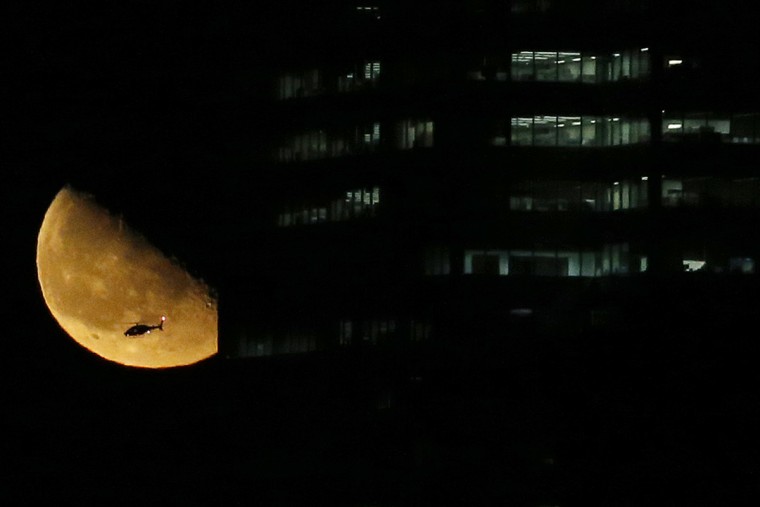 A helicopter flies over New York City as the moon rises near a building seen from Jersey City, N.J. (AP Photo/Julio Cortez) 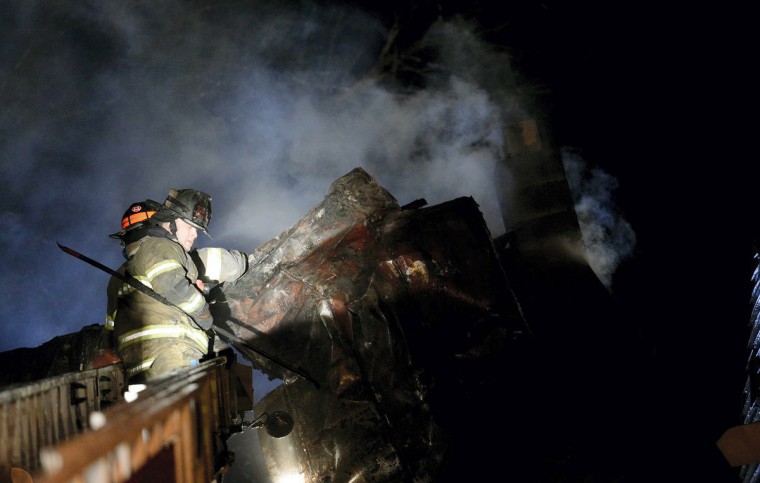 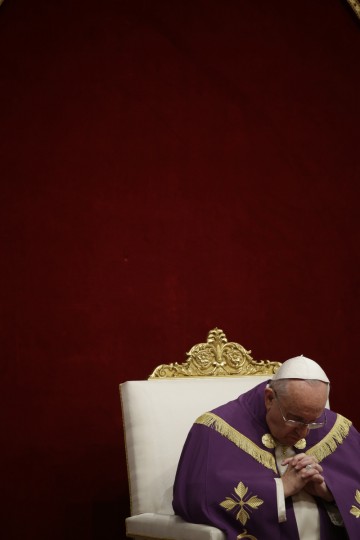 Pope Francis attends a Penitence Mass in St. Peter’s Basilica at the Vatican. Francis announced a special Jubilee Year to focus the church on his main priority as pope: mercy. It’s only the 27th time in the history of the church that there has been a Holy Year. (AP Photo/Andrew Medichini) 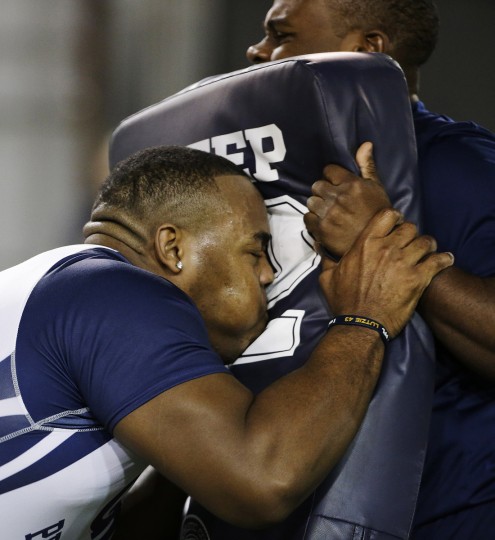 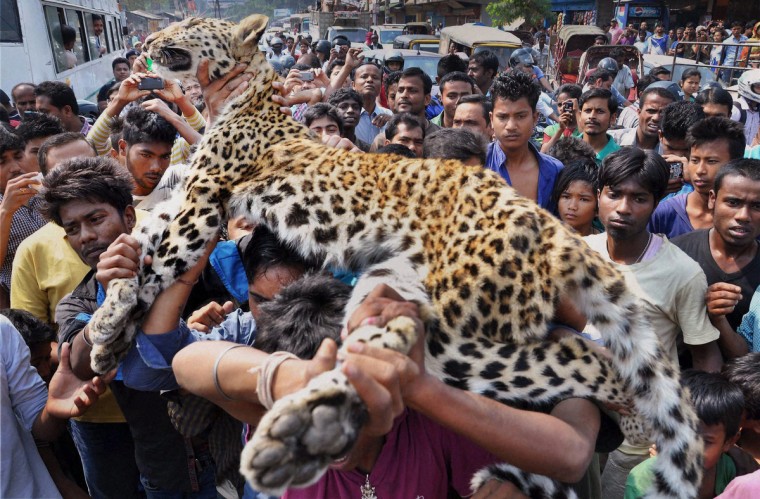 Indians carry the body of a leopard in Gauhati, in the northeastern Indian state of Assam. The leopard fell into narrow cave near a temple and died before it could be rescued, according to the Press Trust of India. Due to habitat loss, leopards sometimes enter populated areas in search of food. (AP Photo/Press Trust of India)

« For rent: One Hungarian village, and a mayoral title » Airstreaming: Living the aluminum life