Move over, winter. Skip down memory lane into our archives of spring days and all that comes with those — flowers, parks, camping, picnics, and walks along the harbor — while Baltimore awaits true spring-like weather in the city to arrive. 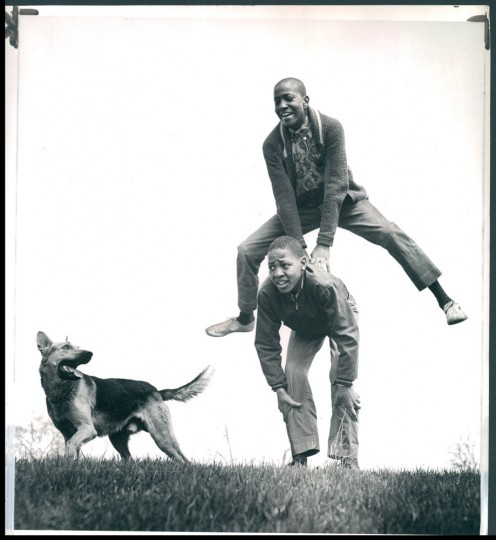 April 19, 1962: The cold weather over, the mercury rose yesterday and Ralph Willett, 14, welcomed change by leap-frogging over Barrington Wood, 13, in Druid Hill Park as “Duke” runs along side. Photo by Ellis Malashuk 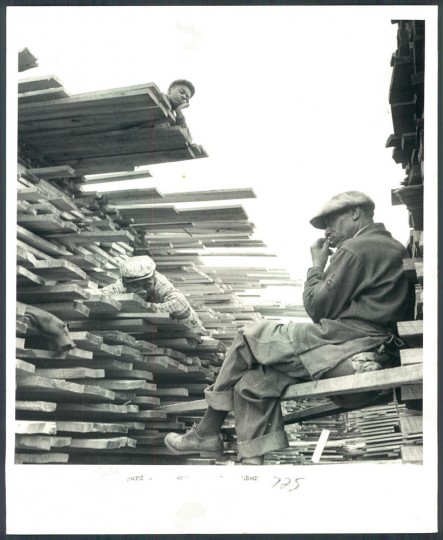 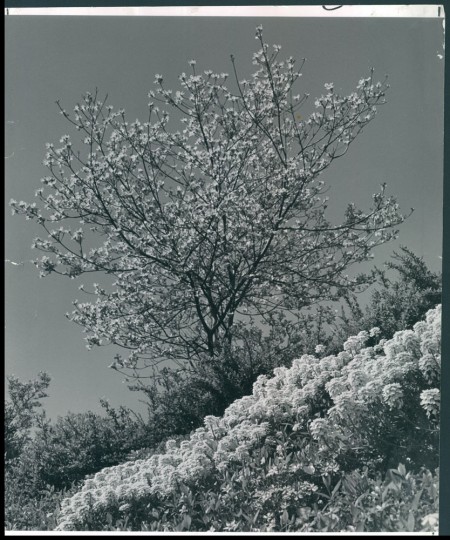 April 8, 1962: Trees bloom at the start of spring. Photo by William L. Klender 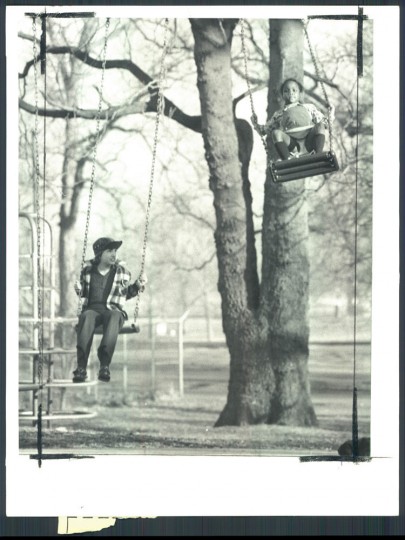 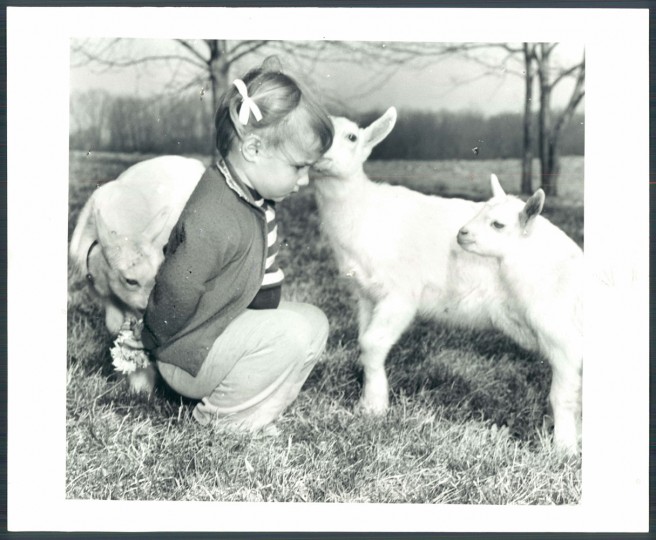 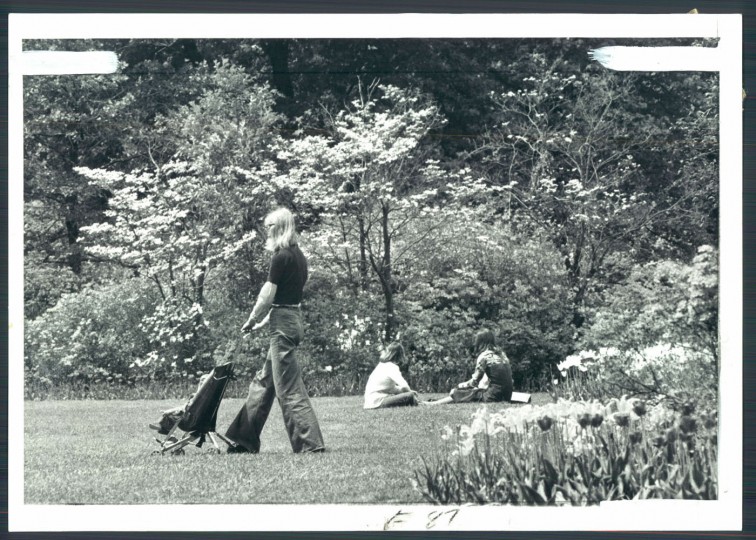 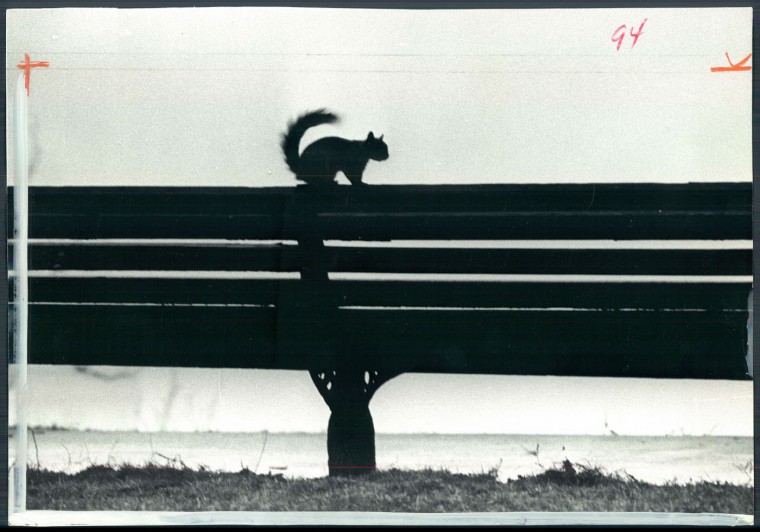 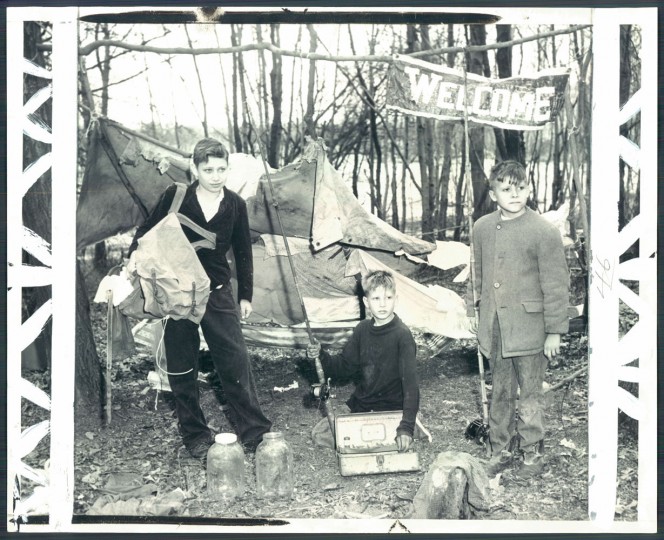 March 30, 1960: With spring in the air these boys took off for the wide-open spaces of Anne Arundel county and set up this camp in a woods near their homes in the 200 block of Werner road. The boys, Silas Hess, 12, left, James Honaker, 12, center, and Danny Honaker, 11, went into hiding Monday and did not return to their homes until today, tire, but happy. Photo by William Klender 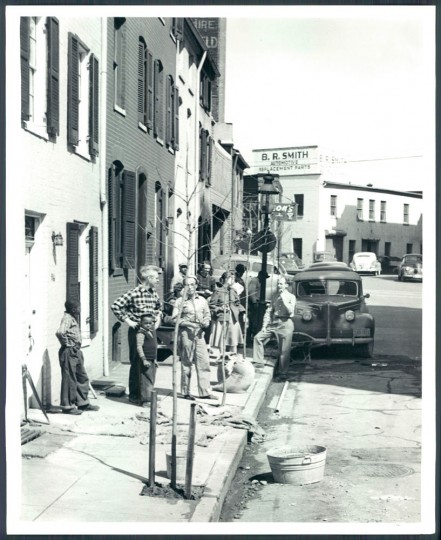 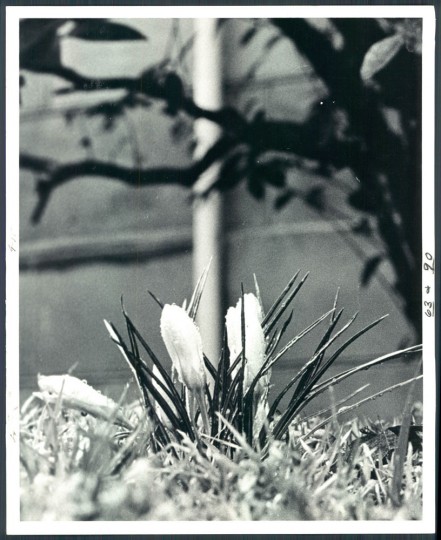 March 9, 1964: The calendar continued its lying ways yesterday, insisting that Spring will not be here for another two weeks. 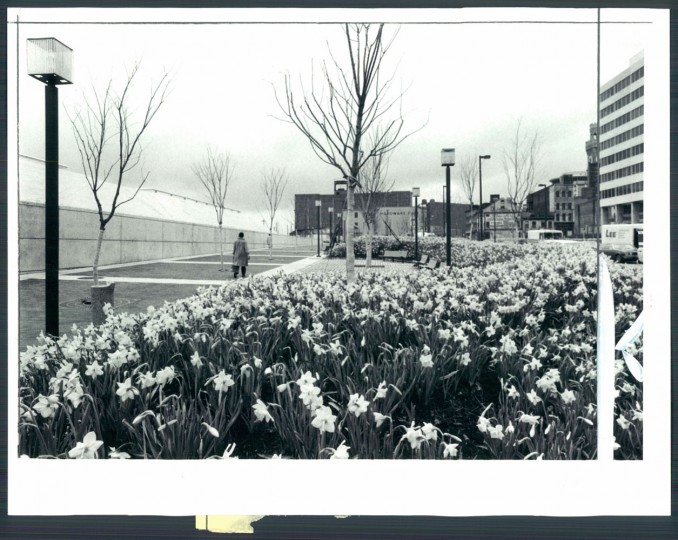 April 10, 1980: You know spring has finallya rrived when daffodils finally open their bds and crane their necks to the sun. (Lloyd Pearson, Baltimore Sun) 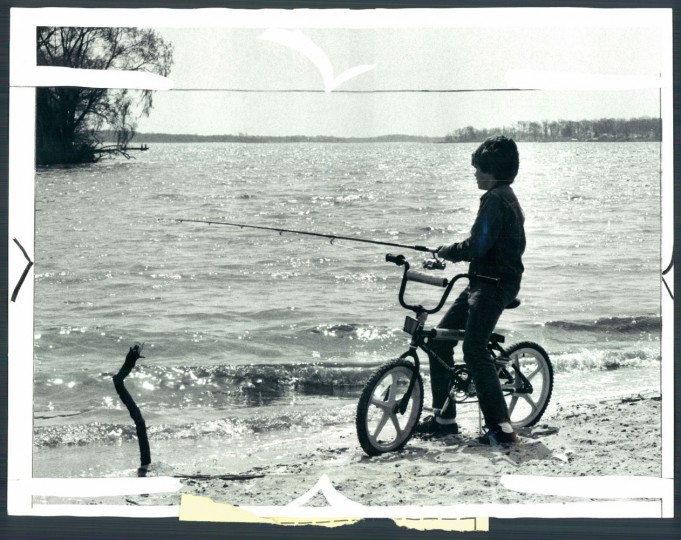 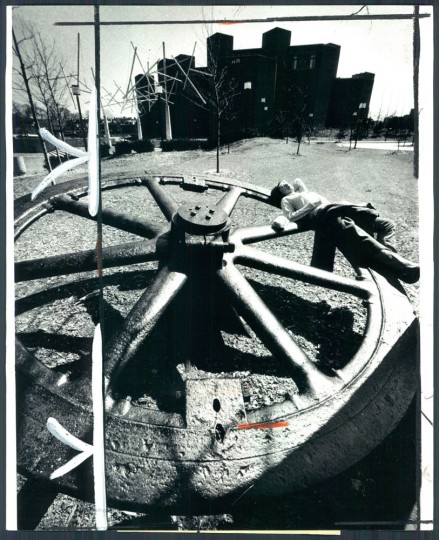 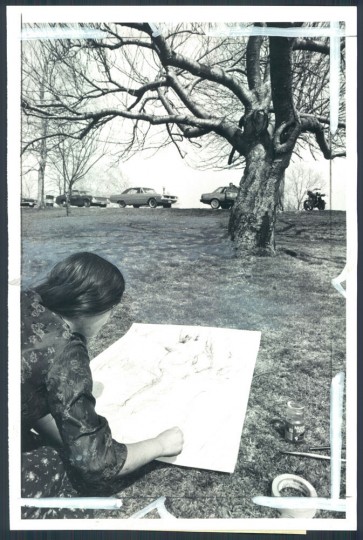 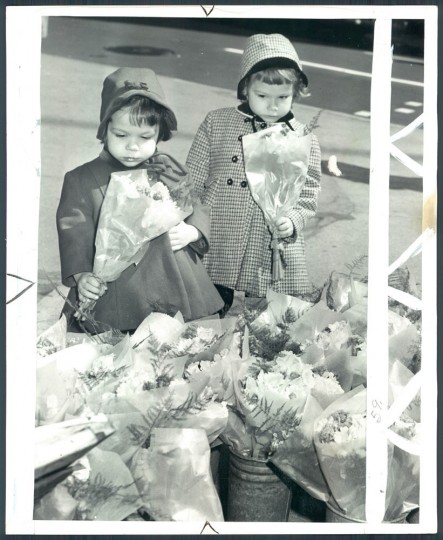 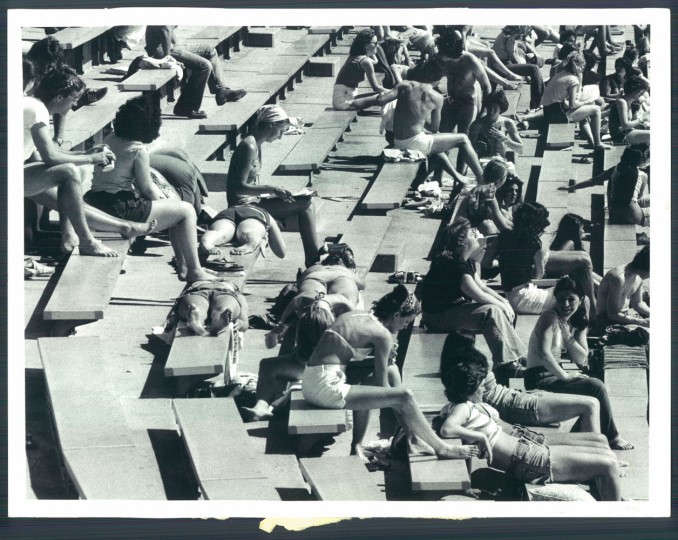 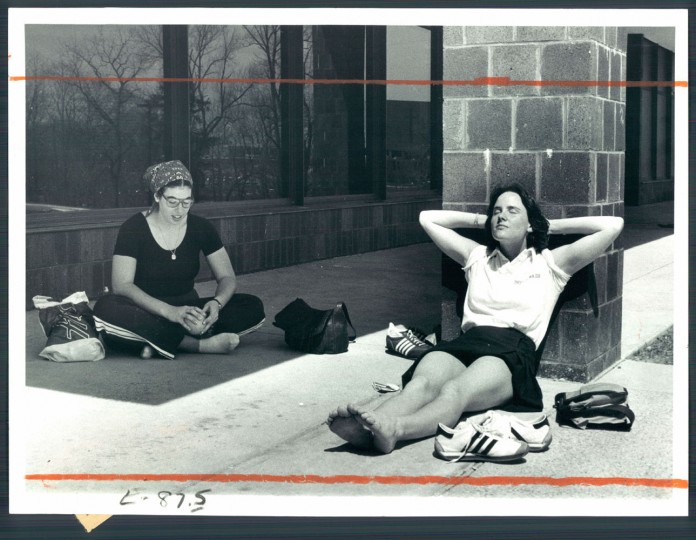 March 31, 1977: With an early-spring heat wave in progress, Charlene Diamond and Sue Hill took up different positions during an outdoor lunch break at Towson State. 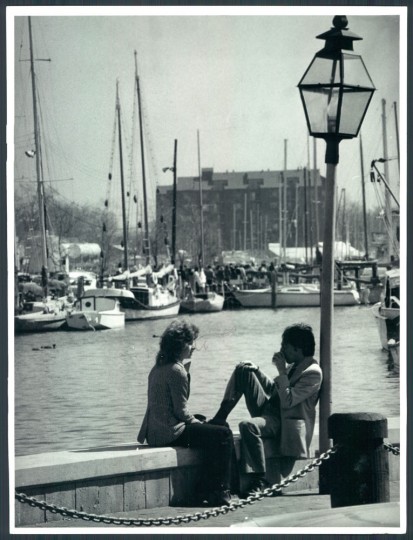 Roger Dix and Miss Pat Tenaglia both of Bolton Hill in Baltimore enjoy lunch in the sun at the Annapolis City Dock 1977. 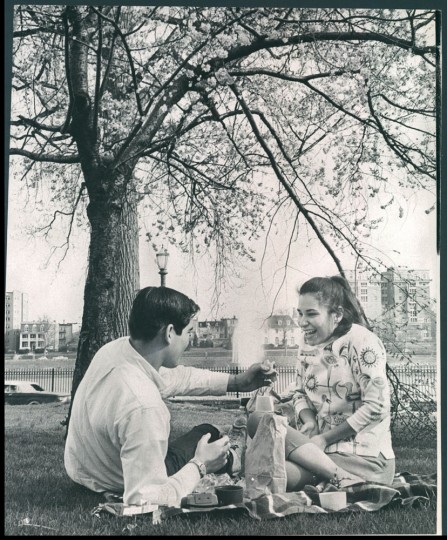 April 13, 1964: In spring a young man’s fancy turns to a picnic on the grass and Harold Simon, 17, chose a plot of grass by the Druid Hill Reservoir as the perfect spot to share a sandwich with Arlyn Levy, 16, and enjoy a perfect day under the cherry blossoms. (William L. LaForce, Jr., Baltimore Sun) 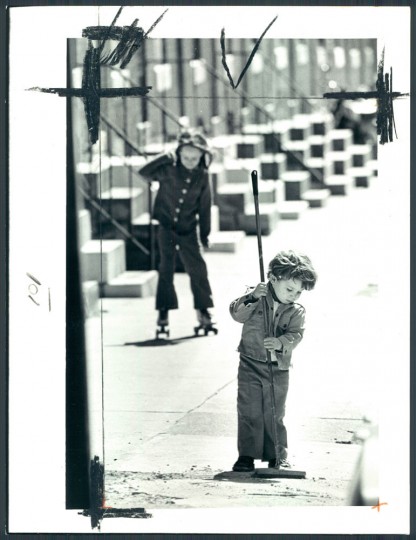 The day before Spring in 1979 a good day for playing but Ricky Everly 3 seemed to know it was time for Spring cleaning in front of his home in the 500 block of S. Fulton Ave. (Weyman Swagger, Baltimore Sun)