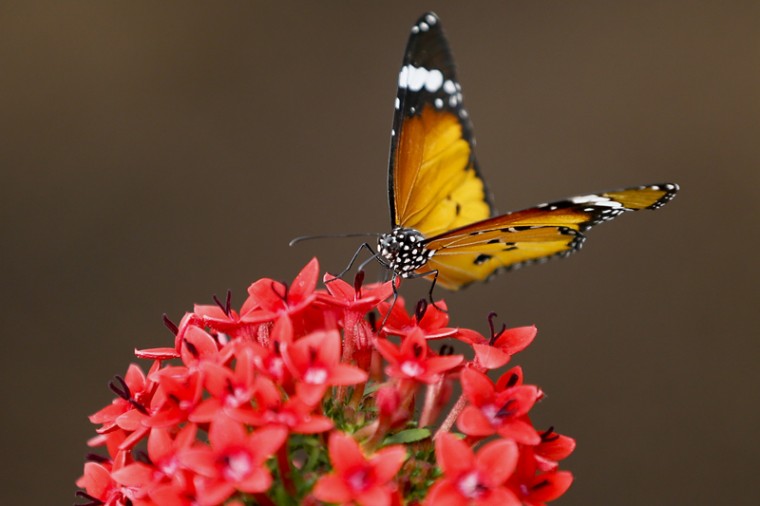 A Danaus Chrysippus or “plain tiger” butterfly feeds on a plant during a media opportunity at the Natural History Museum in London on Tuesday. (Kirsty Wigglesworth/AP) 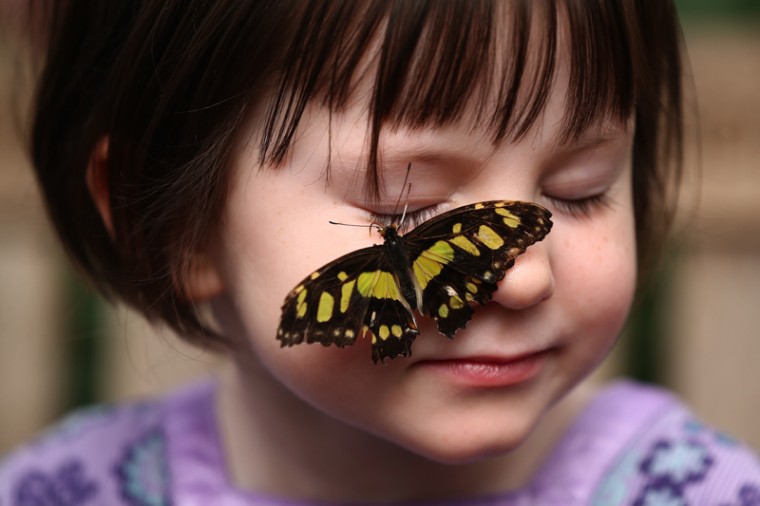 A Malachite butterfly lands on the face of a girl during a photocall to highlight the forthcoming “Sensational Butterflies” exhibition at the Natural History Museum on Tuesday in London. The exhibition will run Thursday through Sept. 13 and features hundreds of tropical butterflies from around the world. (Carl Court/Getty Images) 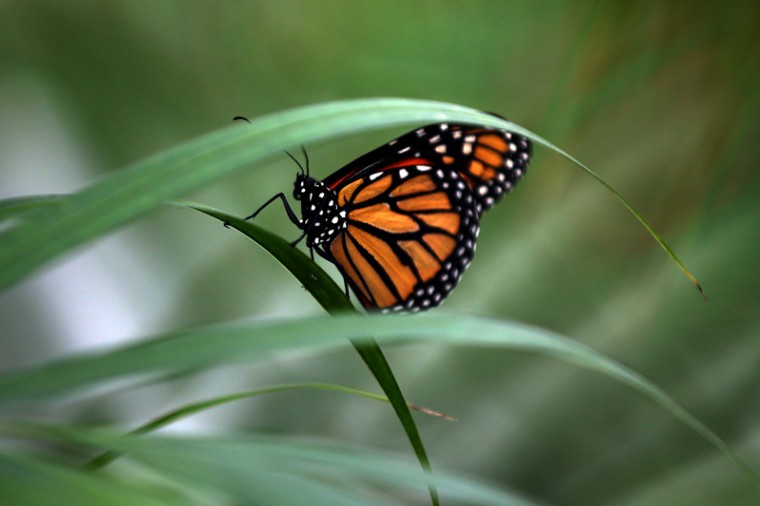 A Large Tiger butterfly sits on a plant during a photocall to highlight the forthcoming “Sensational Butterflies” exhibition at the Natural History Museum on Tuesday in London. (Carl Court/Getty Images) 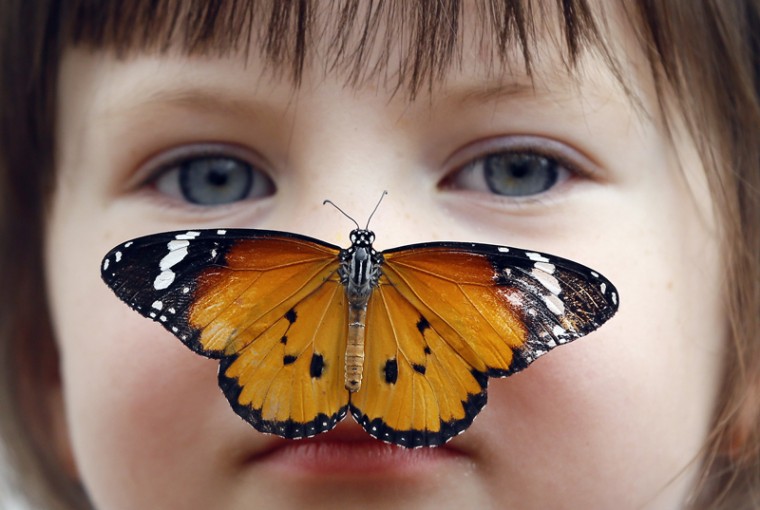 Georgia Ball Keely, 4, holds still as a Danaus Chrysippus or “plain tiger” butterfly lands on her nose during a media opportunity at the Natural History Museum in London on Tuesday. Hundreds of live tropical butterflies will fill the butterfly house for the returning exhibition called “Sensational Butterflies,” open at the museum from Thursday through Sept. 13. (Kirsty Wigglesworth/AP) 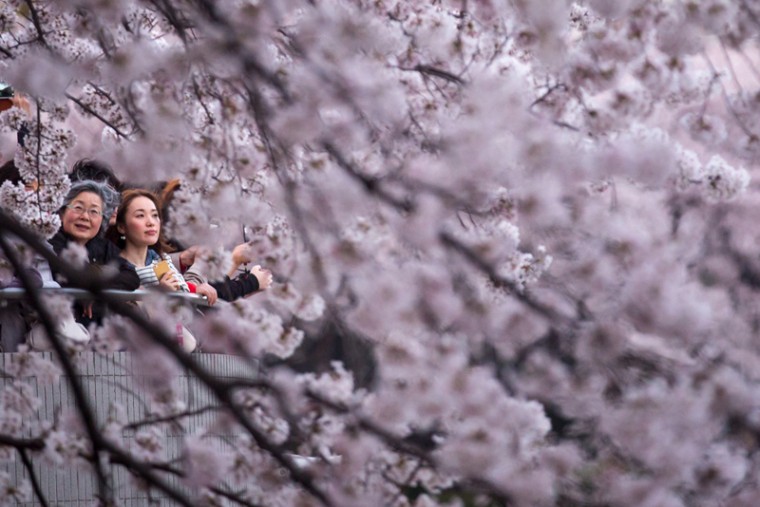 People view blooming cherry blossom trees at Chidorigafuchi on Tuesday in Tokyo. The cherry blossom season begins in Okinawa in January and moves north through Feburary, peaking in Kyoto and Tokyo at the end of March and lasting just over a week. (Chris McGrath/Getty Images) 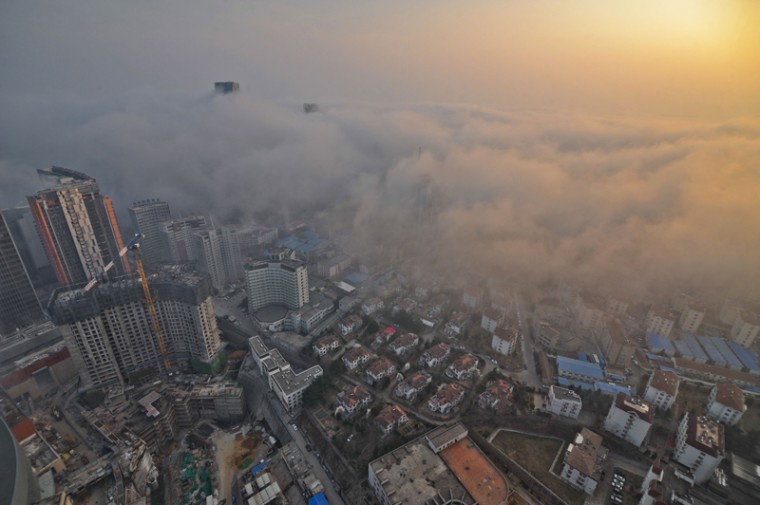 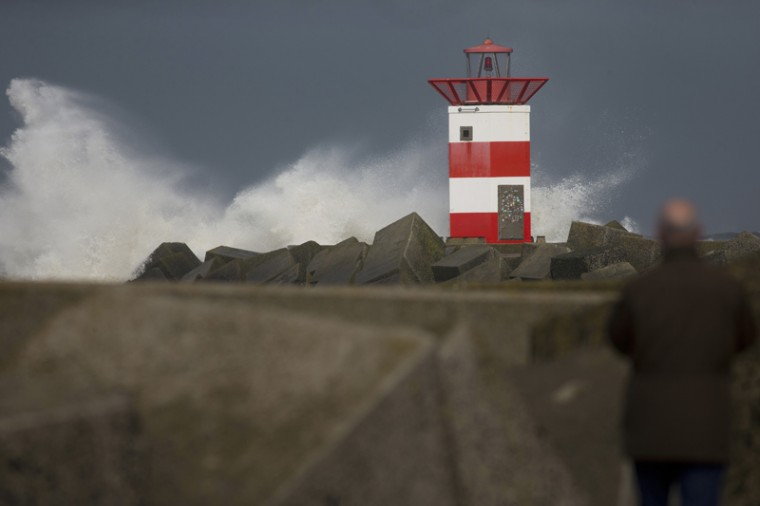 A man watches as the sea batters against a lighthouse during stormy weather at the entrance to the port of Scheveningen, near The Hague, Netherlands, on Tuesday. A storm with wind speeds of up to 68 miles per hour passed over The Netherlands and Germany. (Peter Dejong/AP) 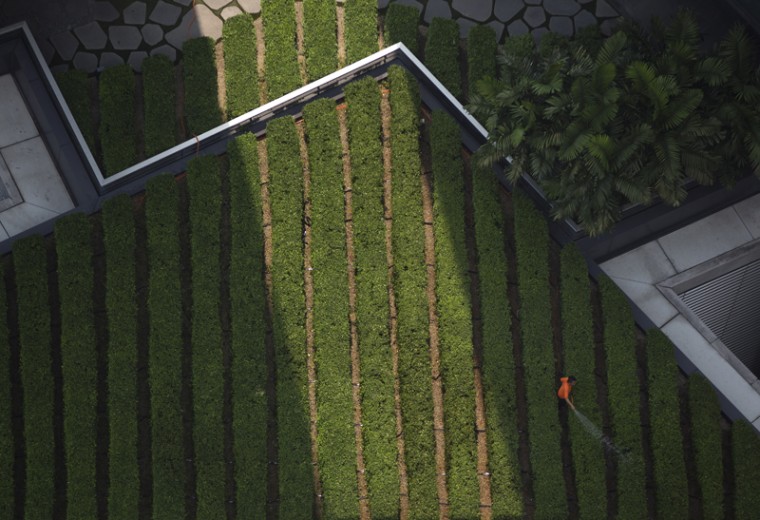 A maintenance worker waters a rooftop garden on a building in the central business district of Kuala Lumpur, Malaysia, on March 17. (Mark Baker/AP) 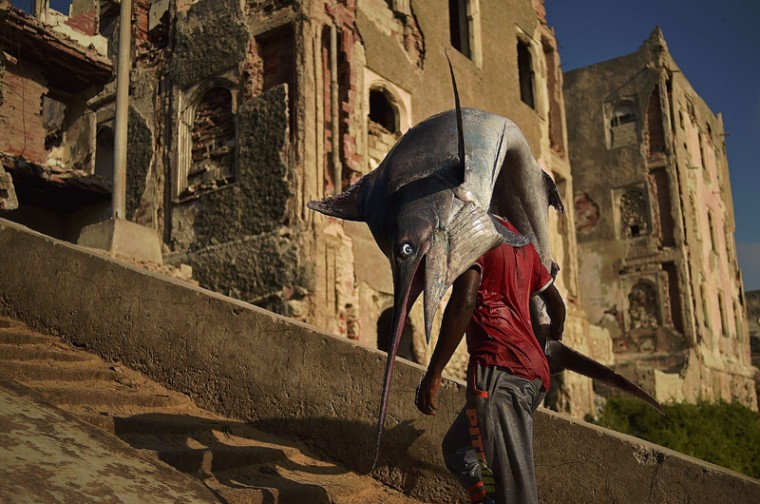 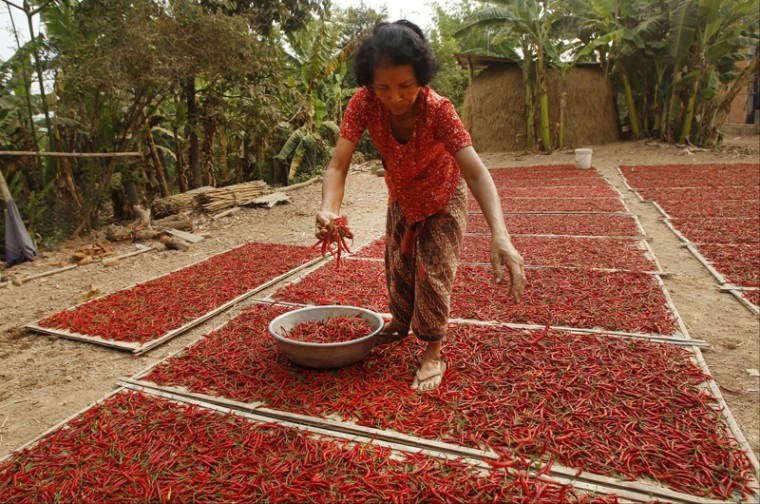 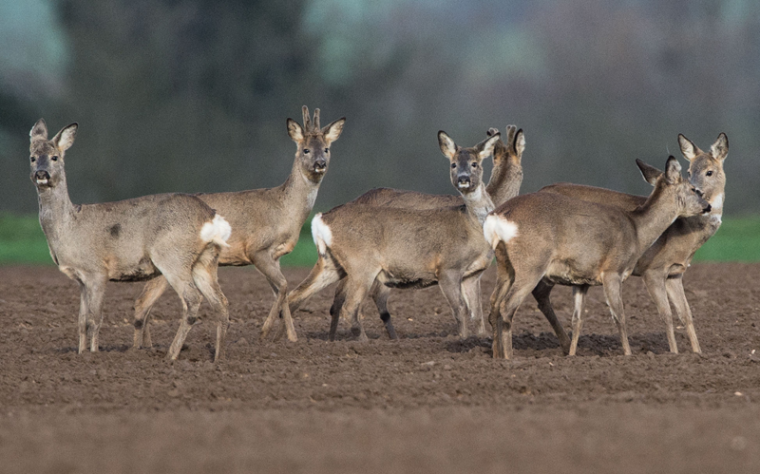 Deer are pictured on Tuesday in a field in Nieder-Erlenbach, Germany. (BORIS ROESSLER/AFP/Getty Images) 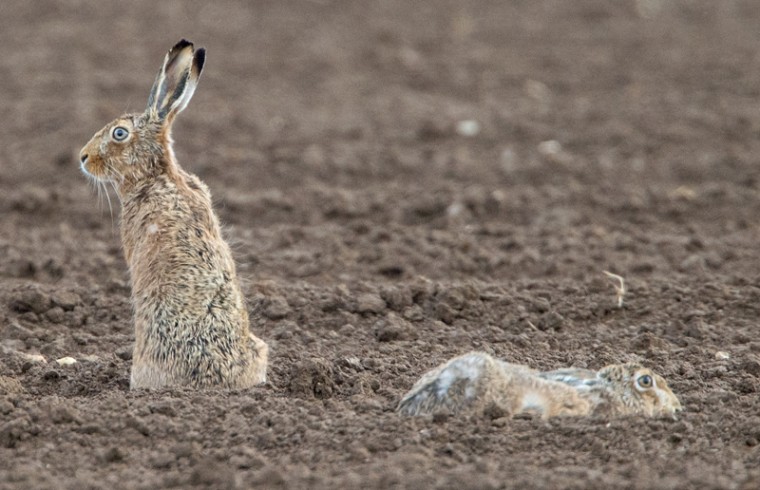 Two hares are pictured on Tuesday in a field in Erlenbach, Germany. (BORIS ROESSLER/AFP/Getty Images) 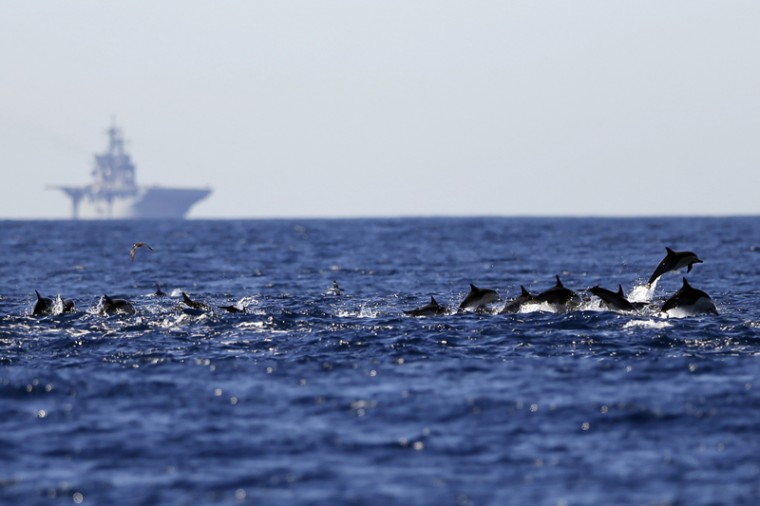 A pod of dolphins swim as the amphibious assault ship USS America sits on the horizon March 5 in waters off San Diego. (Gregory Bull/AP) 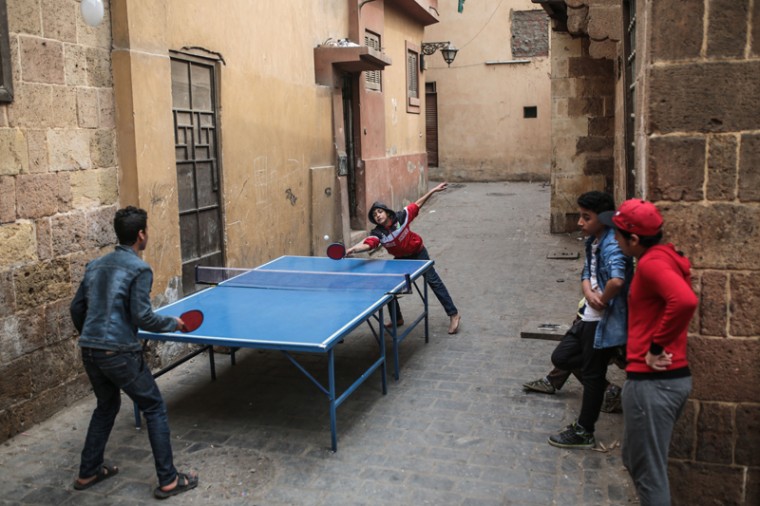 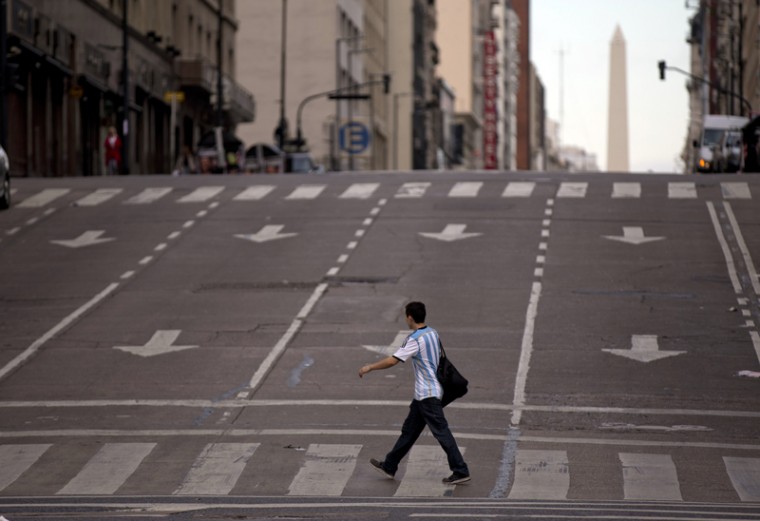 A man crosses an avenue during a transportation strike in Buenos Aires, Argentina, on Tuesday. Many businesses were shuttered and streets were mostly empty Tuesday as the country’s transportation unions called a nationwide strike to protest income tax rates and high inflation in the South American country. (Natacha Pisarenko/AP)