From the Vault: 175th Anniversary of the Old Bay Line

On March 18, 1840, a bill passed the House incorporating the Baltimore Steam Packet Company, nicknamed the Old Bay Line. The steamboat line provided services on the Chesapeake Bay, primarily between Baltimore and Norfolk, Va. When it closed in 1962 after 122 years of existence, it was the last surviving overnight steamship passenger service in the United States.

Other cities serviced by the line were Washington, D.C., Old Point Comfort, and Richmond, Va. One of the Old Bay Line’s steamers, the former President Warfield, later became famous as the Exodus ship of book and movie fame, when Jewish refugees from war-torn Europe sailed aboard her in 1947 in an unsuccessful attempt to emigrate to Palestine. 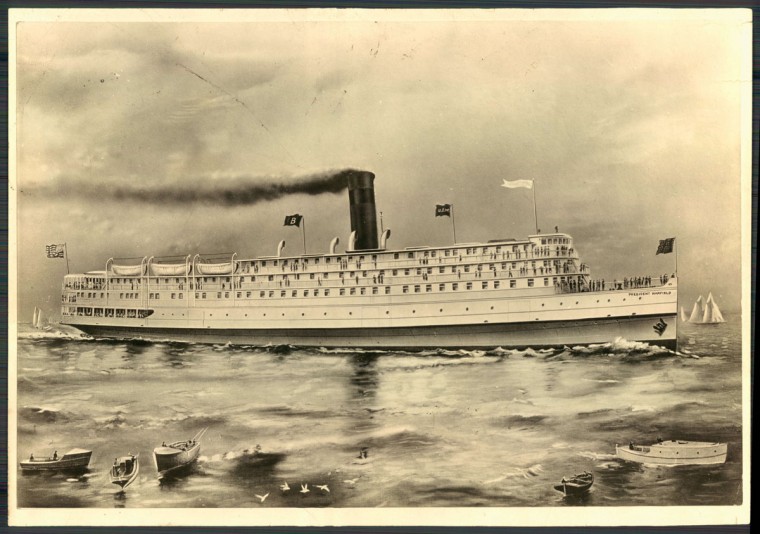 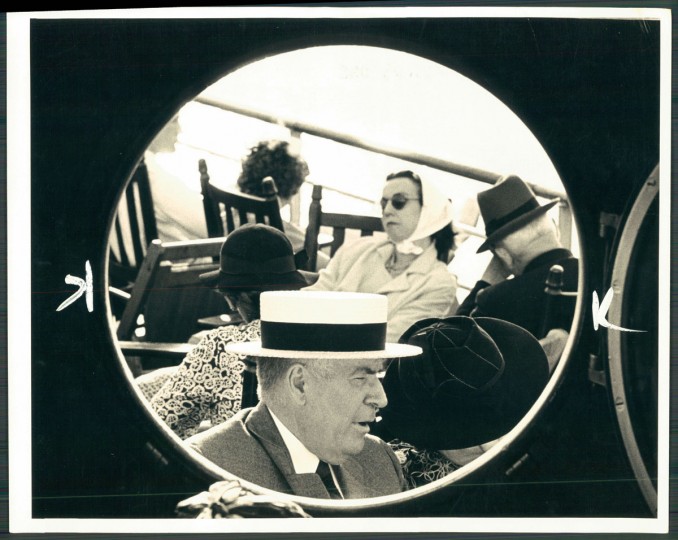 Passengers relax on an Old Line ship during an excursion on July 2, 1939. (Baltimore Sun archives) 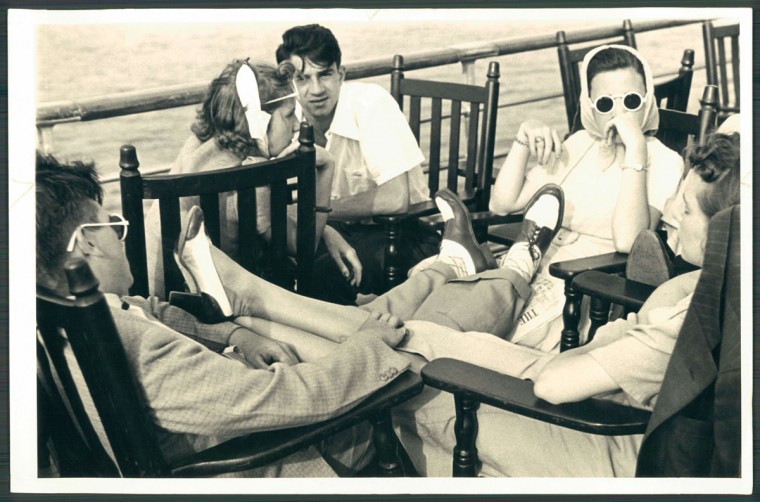 Original cutline: Relaxation homeward bound after a strenuous day of doing nothing. This quintet assumes novel form for a siesta. (Baltimore Sun archives, 1939) 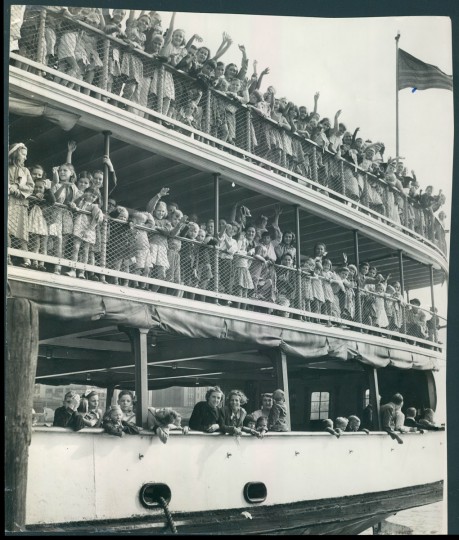 A Bay trip for poor children given by Ester Muller. (Baltimore Sun archives, 1939) 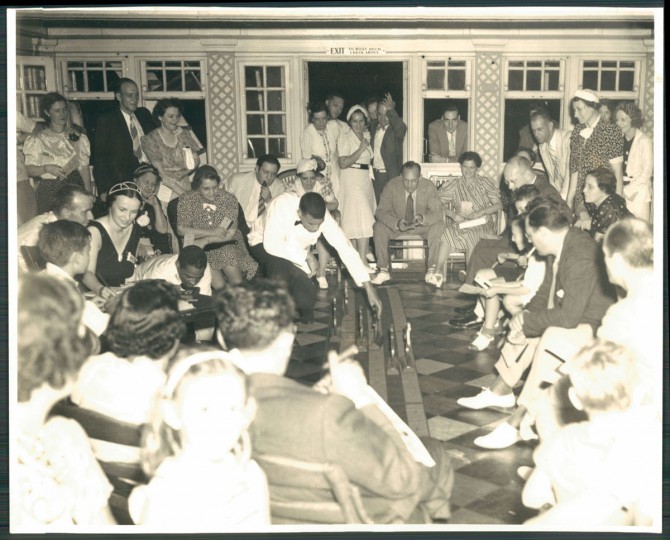 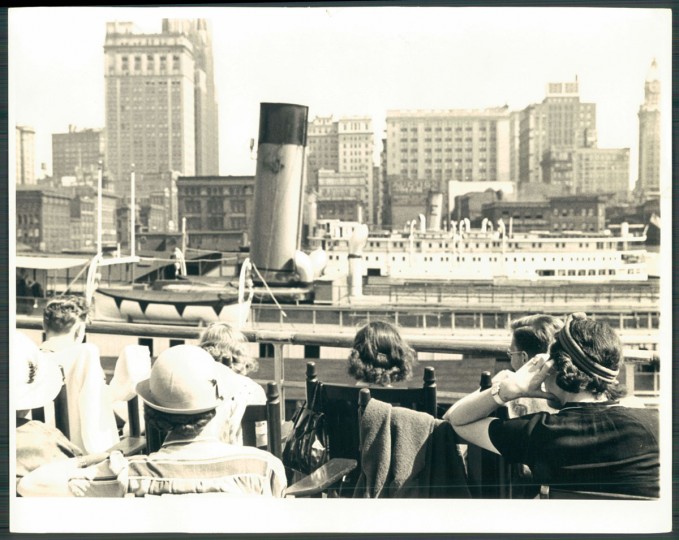 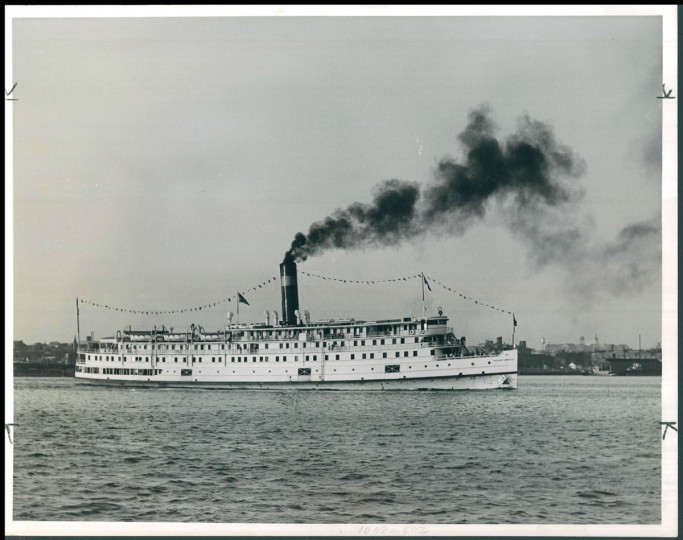 The SS President Warfield, the flagship of the Old Bay Line fleet. She is shown here on the evening of July 14, 1939 on the way to Norfolk. (Hans Marx/Baltimore Sun) 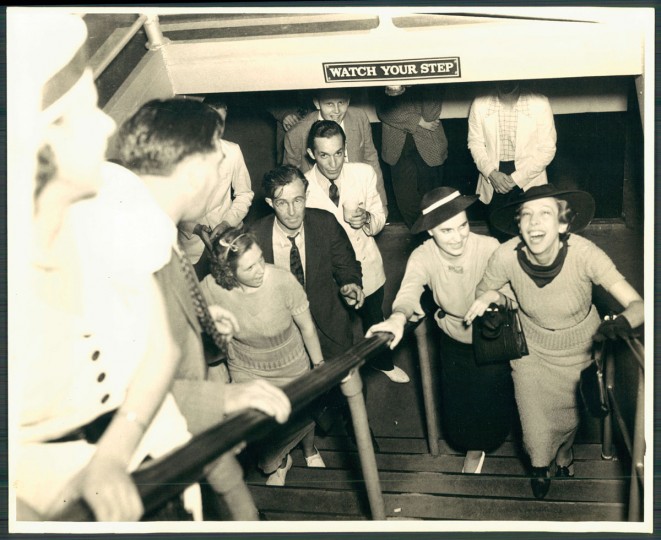 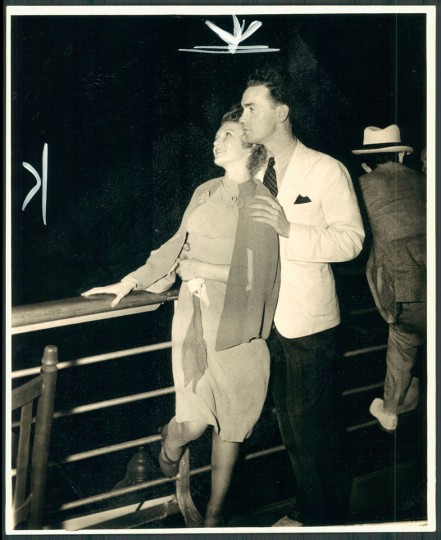 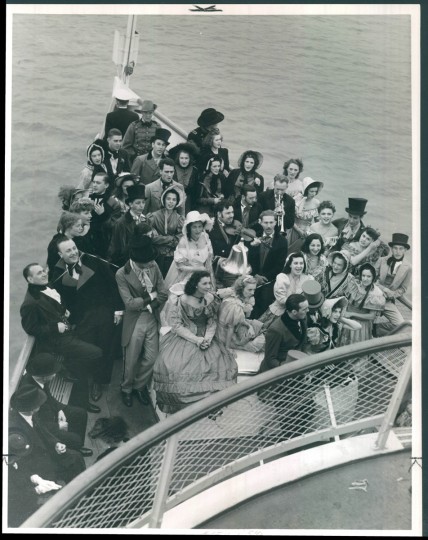 On the deck of the President Warfield on May 24, 1940. (Hans Marx/Baltimore Sun) 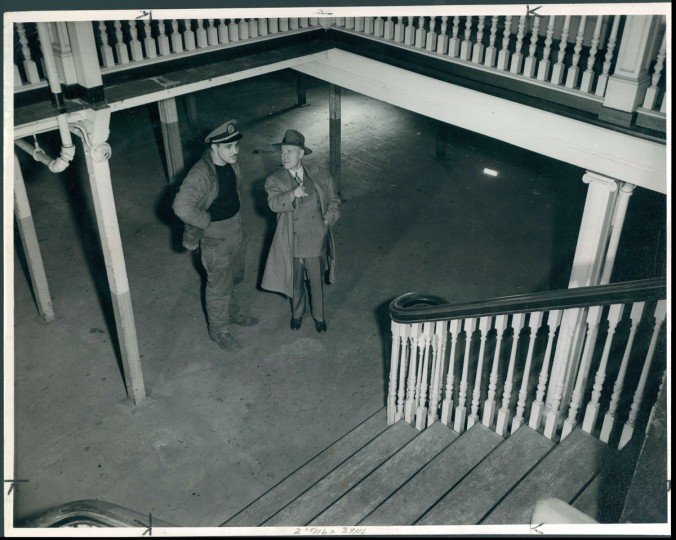 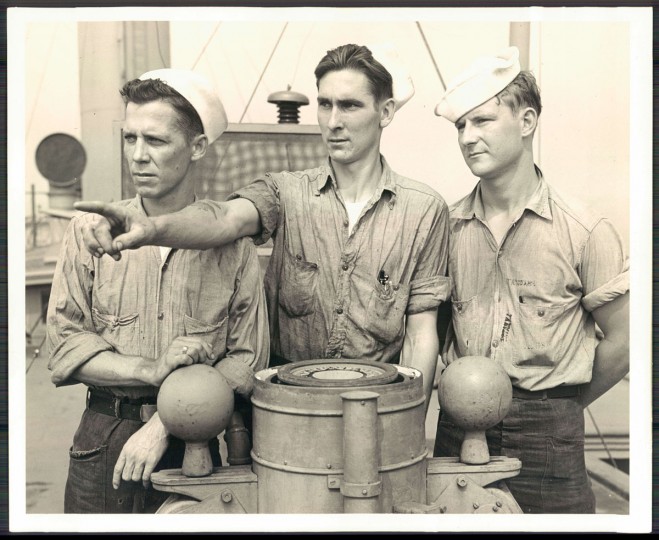 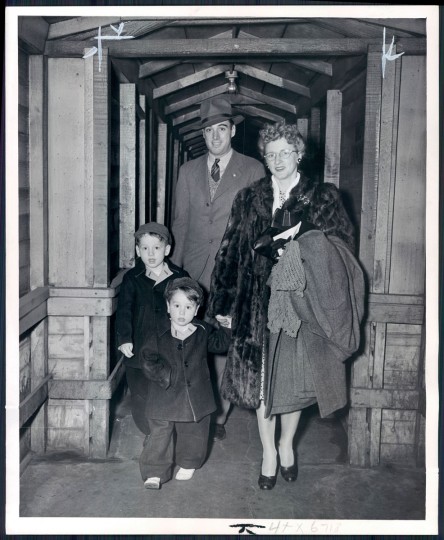 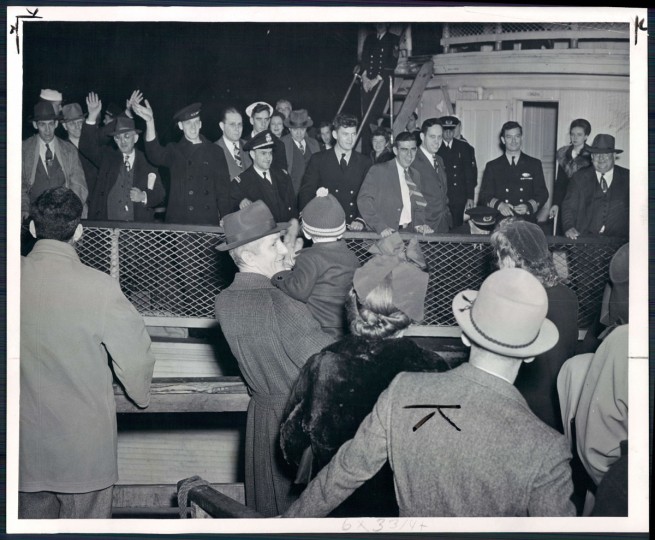 Old Bay Line Sailing: The last whistle is blowing and the steamer backs away from the dock. (Hans Marx/Baltimore Sun, 1946) 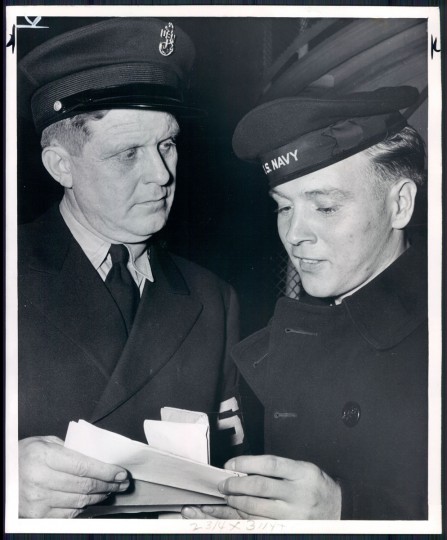 CPO Arlie C. Hager, who has been riding the Old bay line for four years for the Shore Patrol, examines the leave papers of Hawthorne Austin of Buchanan, Va. (Baltimore Sun archives, 1946) 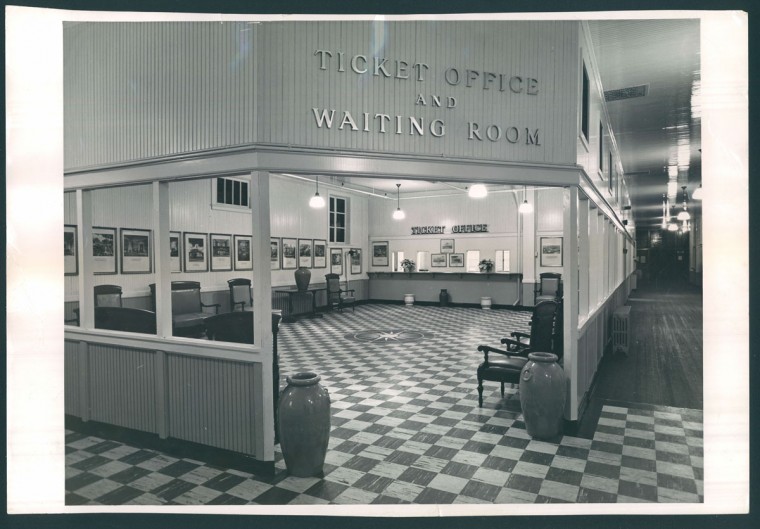 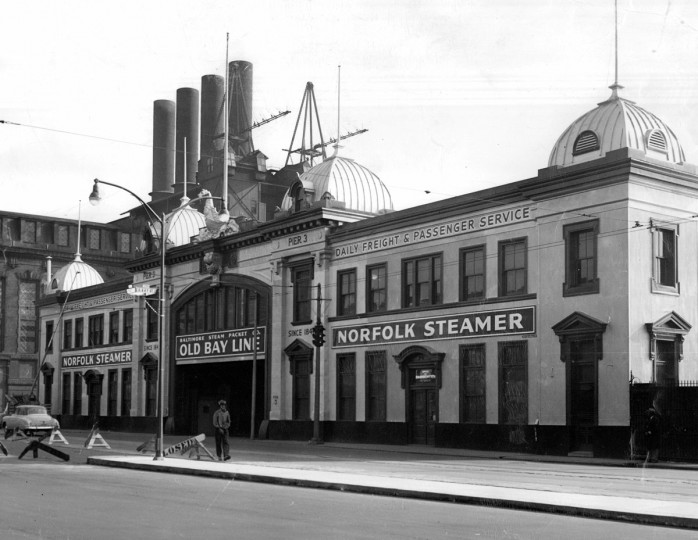 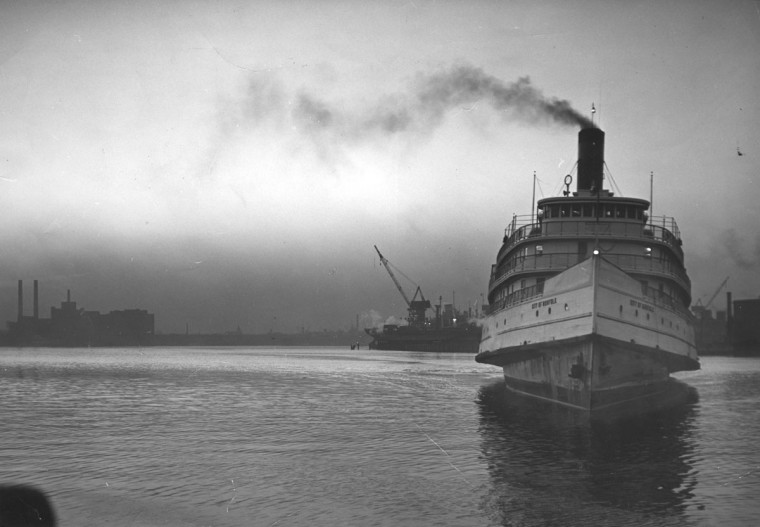 First trip into new headquarters of the Old Bay Line, the “City of Norfolk swings wide in order to negotiate the sharp turn necessary to docking at Pier 3 Prat Street. After a half a century on Light Street, the Old Bay Line returned to Pratt Street. (Hans Marx/Baltimore Sun, 1950) 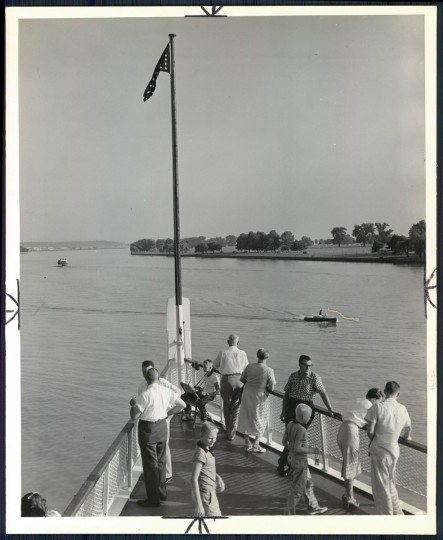 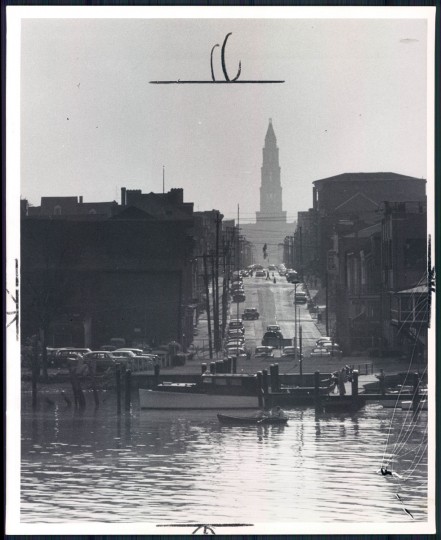 August 26, 1956 – The Washington Masonic Temple at Alexandria is seen like this down King Street from the boat. (A. Aubrey Bodine/Baltimore Sun) 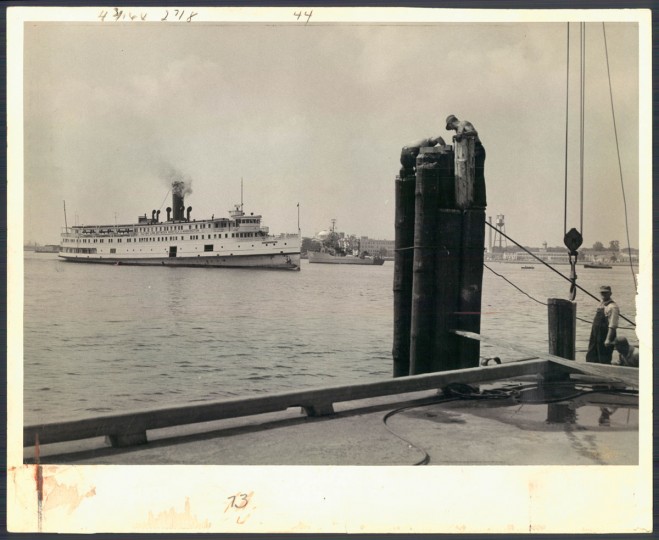 August 26, 1956 – The Old Bay Line steamer District of Columbia pulls into her Norfolk dock after an overnight run from Washington. She has 140 staterooms and can carry 38 automobiles. (A. Aubrey Bodine/Baltimore Sun) 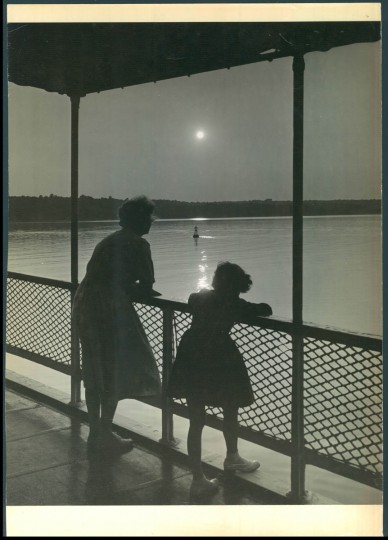 August 26, 1956 – The Old Bay Line alone, in all the U.S., still carries people and freight on a daily basis. (A. Aubrey Bodine/Baltimore Sun) 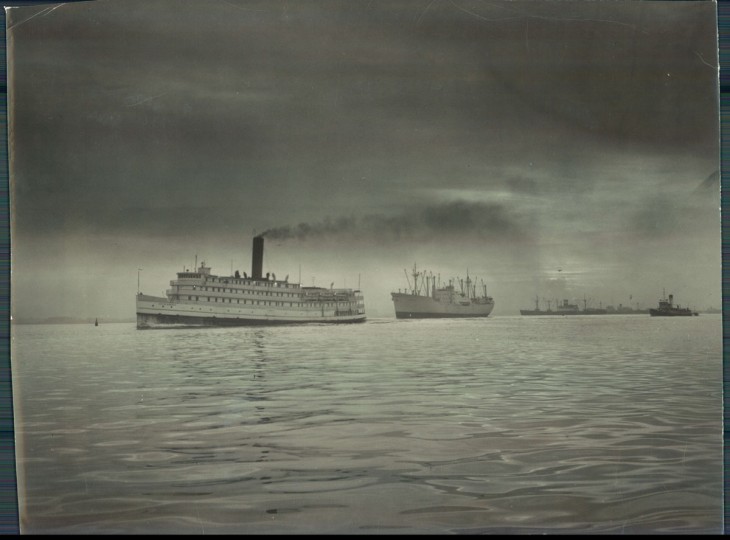 January 22, 1956 – Nearing the end of her run to Baltimore, the Old Bay Liner steamer City of Norfolk knifes her way between the anchored freighters. With a docking time of 6:30 A.M., she keeps such a precise schedule that one can almost set his watch by her passing. The Old Bay Line is the oldest steamship company in the United States. (A. Aubrey Bodine/Baltimore Sun) 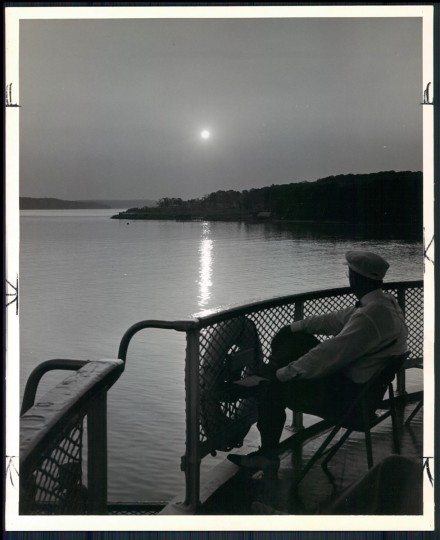 August 26, 1956 – The sun is low as the boat passes the tip of the Fort Belvoir. Washington sailings are made every other evening. (A. Aubrey Bodine/Baltimore Sun) 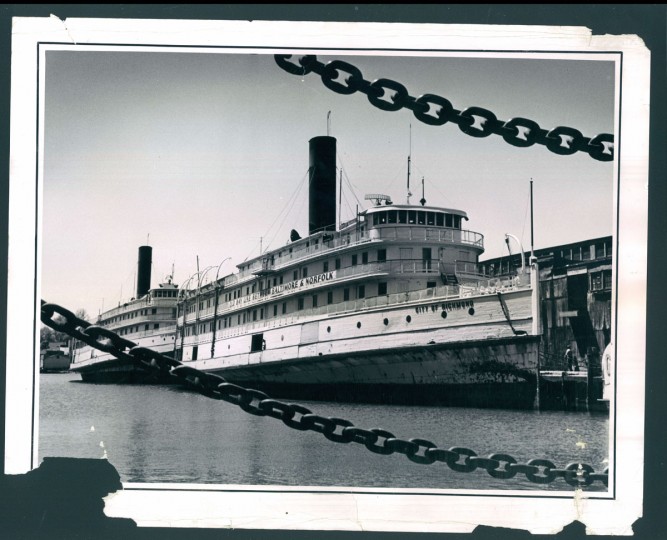 August 29, 1963 – Two “Grand Old Ladies of the Chesapeake,” The City of Richmond and the City of Norfolk, sit tied up at Pier 3, Pratt Street. Between them there is over a hundred years of service on the Chesapeake Bay from the port of Baltimore to Norfolk. (Robert F. Kniesche/Baltimore Sun) 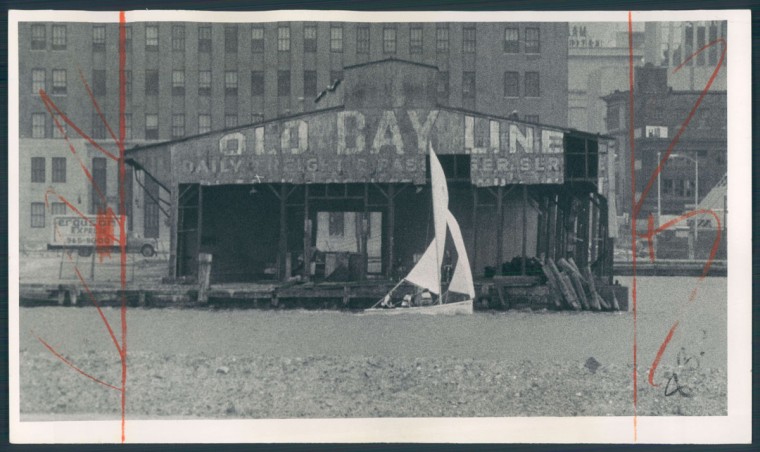