The aftermath of Cyclone Pam, St. Patrick’s Day celebrations throughout the U.S., and a painterly super model, and more, in the day in photos from around the world. 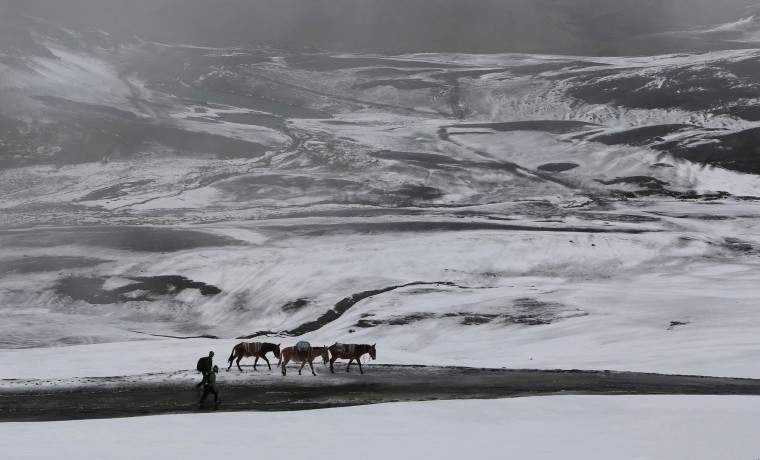 Farmers walk with their donkeys on a snow covered road on La Cumbre mountain on the outskirts of La Paz, Bolivia. (Juan Karita/Associated Press) 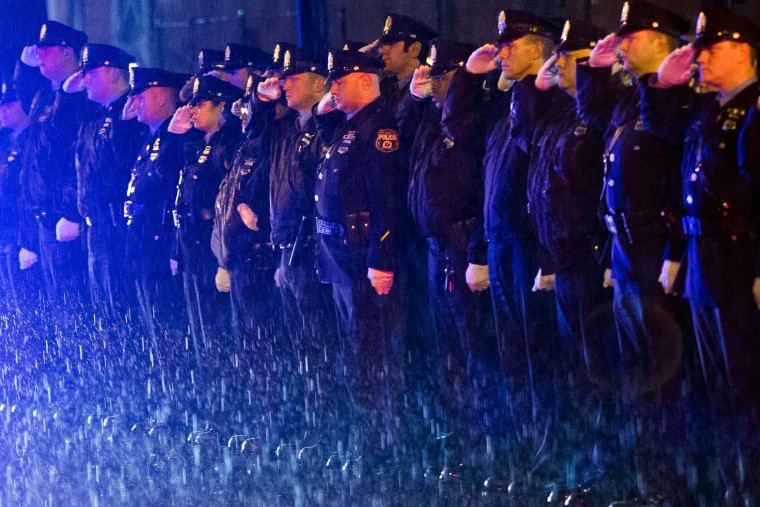 Law enforcement officers salute the arrival of the remains of Philadelphia Police Officer Robert Wilson III before a funeral procession in Philadelphia. City officials said on March 5, 2015 Wilson was shot and killed after he and his partner exchanged gunfire with two suspects trying to rob a video game store. (Matt Rourke/Associated Press) 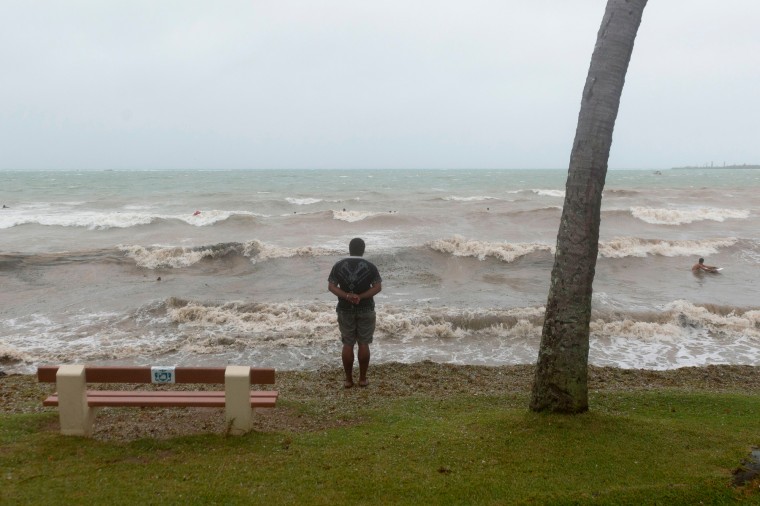 A man looks at the sea in the Anse Vata, south of Noumea, New Caledonia. Rain and wind were observed in the island but the Tropical Cyclone Pam had little effect on Noumea. The maximum category five cyclone hit Vanuatu island, 500 km east of New Caledonia, late on March 13 and early indications suggest widespread damage, including in the capital in Port Vila, with fears dozens of people could have died across the country. (Fred Payet/AFP-Getty Images) 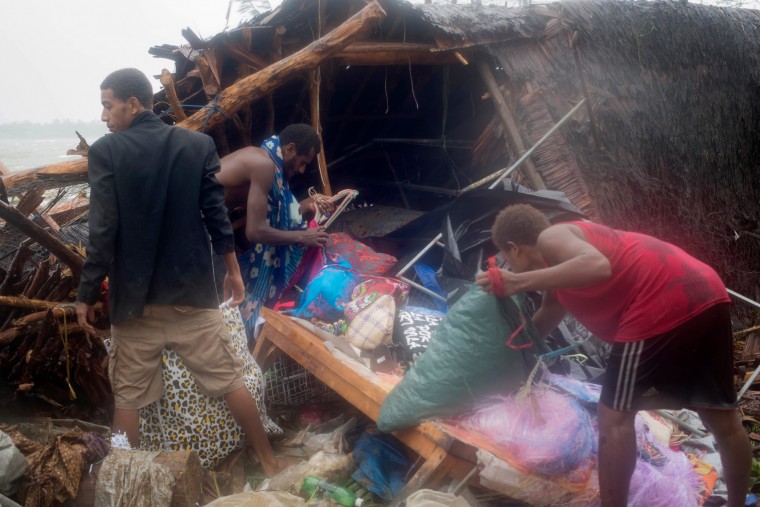 In this image provided by UNICEF Pacific people scour through debris damaged and flung around in Port Vila, Vanuatu, in the aftermath of Cyclone Pam. Winds from the extremely powerful cyclone that blew through the Pacific’s Vanuatu archipelago are beginning to subside, revealing widespread destruction. (UNICEF Pacific, Humans of Vanuatu/ via Associated Press) 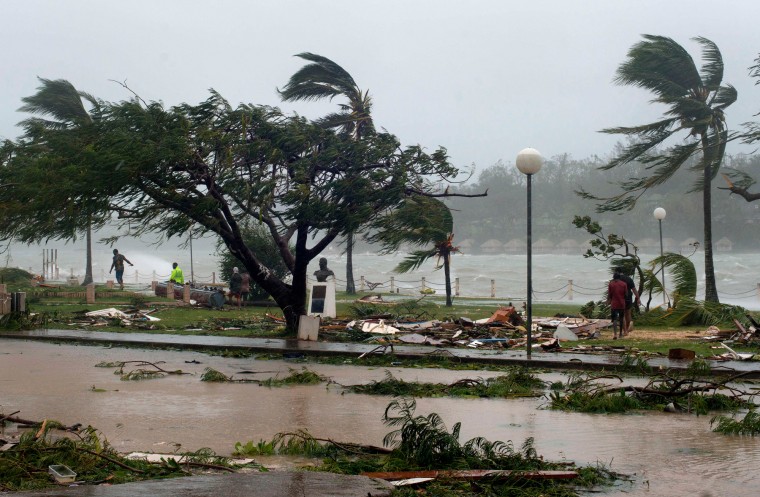 This handout photo taken and received on March 14, 2015 by UNICEF Pacific shows waves and scattered debris along the coast, caused by Cyclone Pam, in the Vanuatu capital of Port Vila. The huge tropical cyclone smashed into Vanuatu in the South Pacific, terrifying residents and leaving “complete devastation” with fears on March 14 that dozens of people may have died. (UNICEF Pacific, Humans of Vanuatu/via AFP-Getty Images) 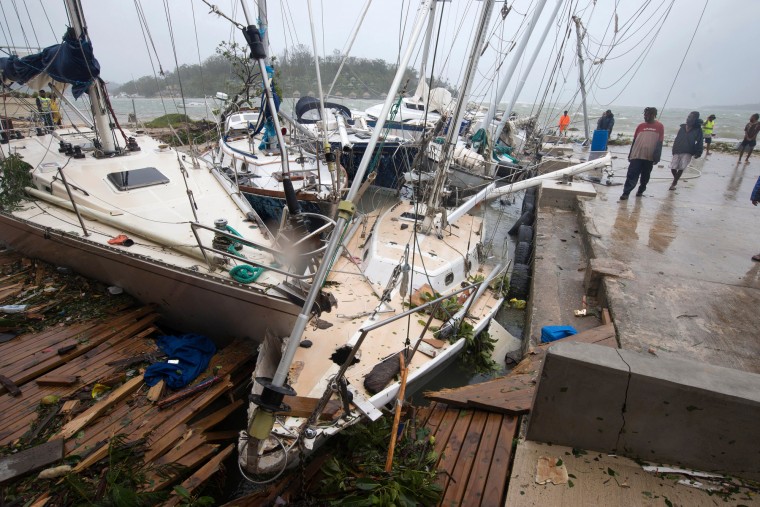 In this image provided by UNICEF Pacific, people on a dock view yachts damaged in Port Vila, Vanuatu, Saturday, March 14, 2015, in the aftermath of Cyclone Pam. Winds from the extremely powerful cyclone that blew through the Pacific’s Vanuatu archipelago are beginning to subside, revealing widespread destruction. (UNICEF Pacific, Humans of Vanuatu/ via Associated Press) 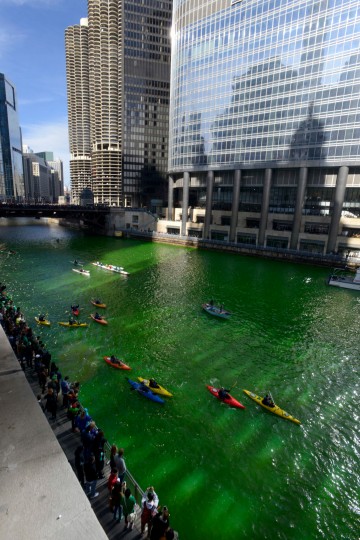 Kayakers float on the Chicago River after being dyed green ahead of the St. Patrick’s Day parade in Chicago. (Paul Beaty/Associated Press) 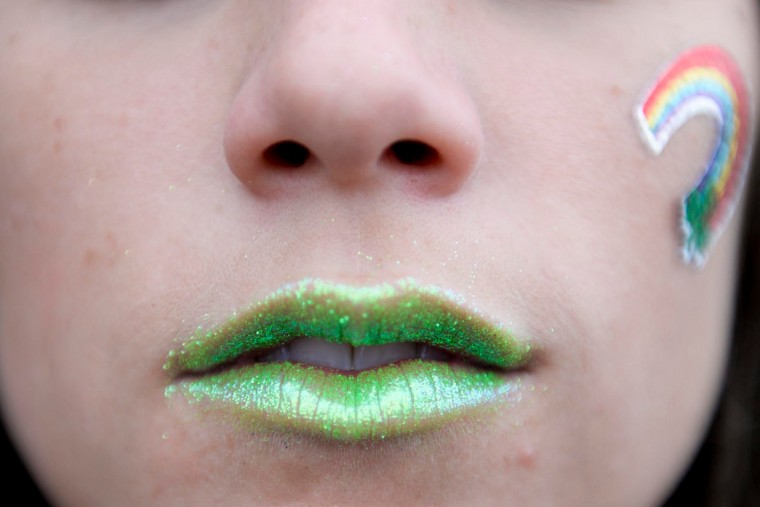 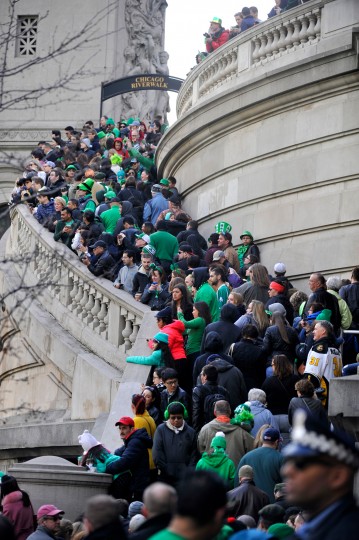 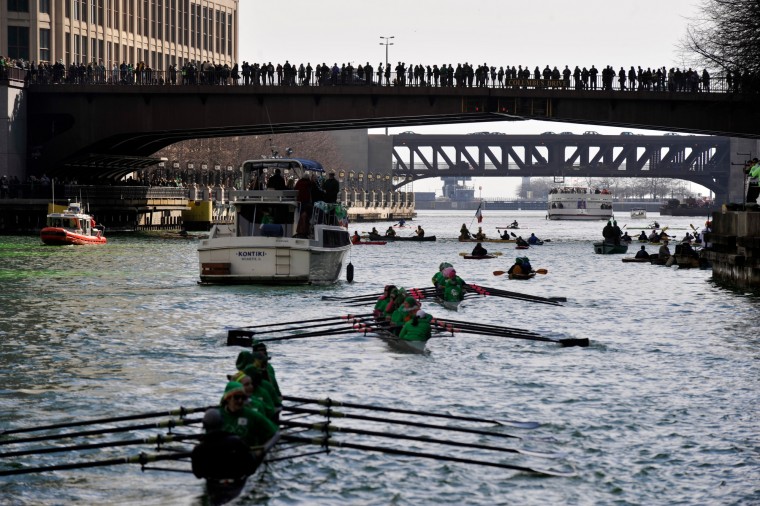 Spectators watch as the Chicago River is dyed green ahead of the St. Patrick’s Day parade in Chicago. (Paul Beaty/Associated Press) 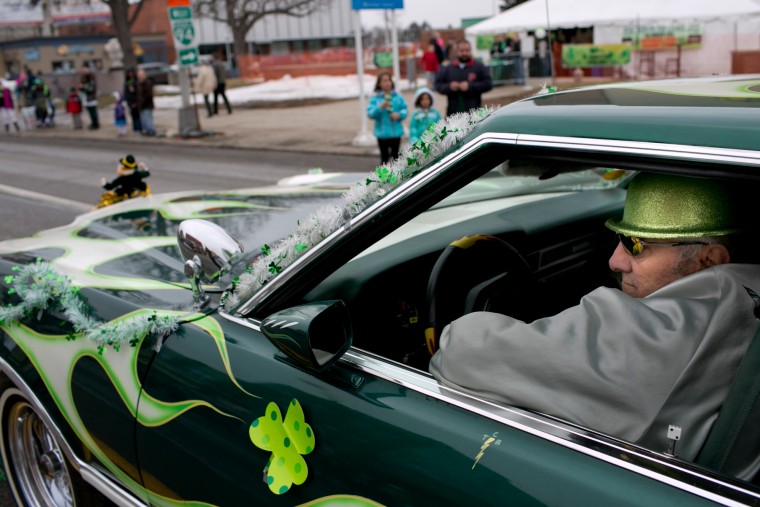 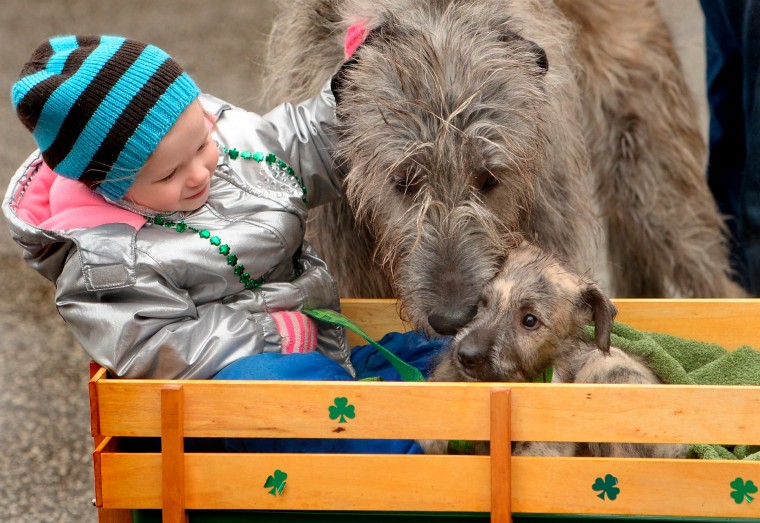 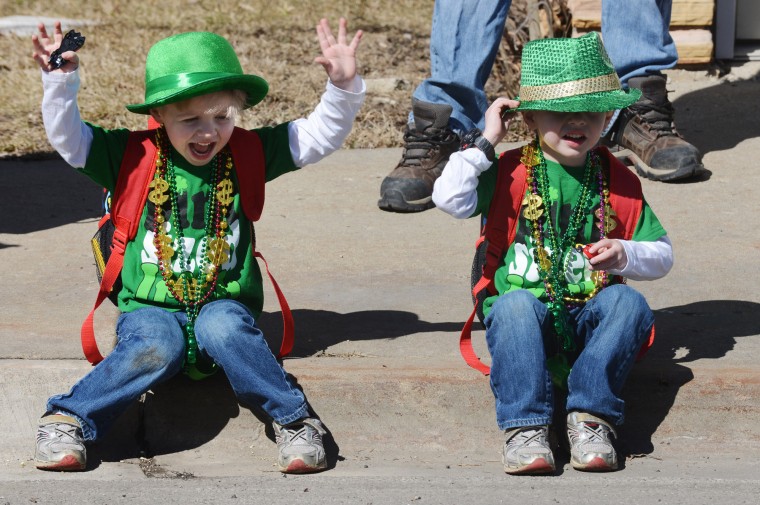 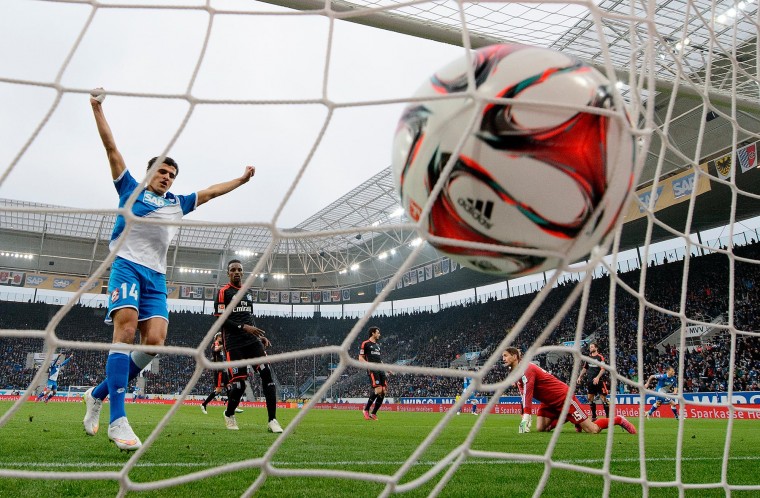 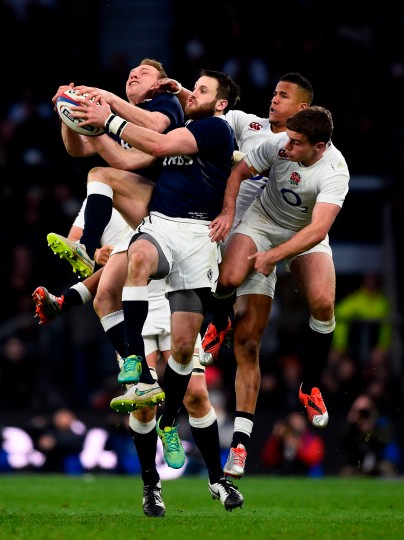 Greig Tonks of Scotland takes a high ball under pressure during the RBS Six Nations match between England and Scotland at Twickenham Stadium in London, England. (Mike Hewitt/Getty Images) 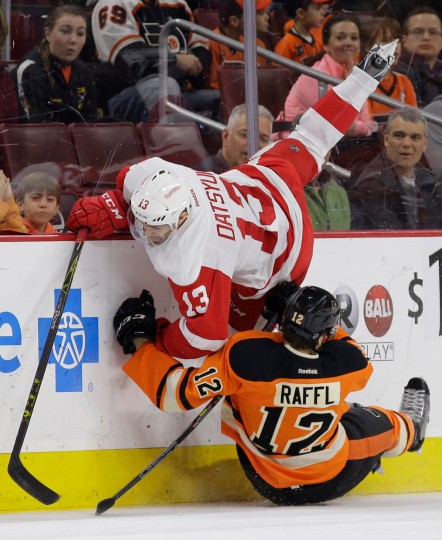 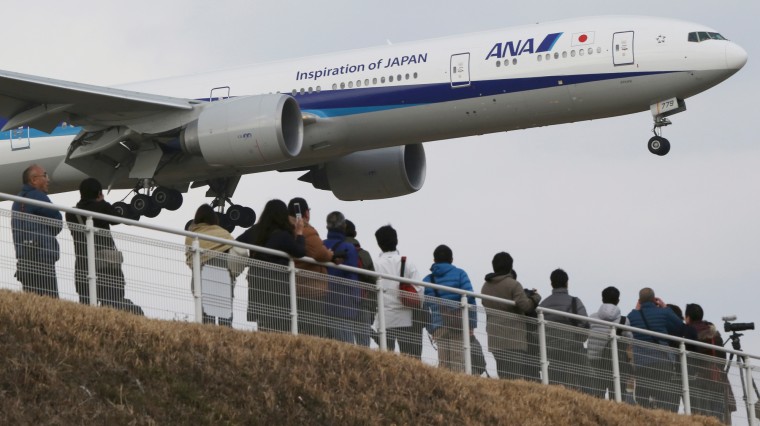 Spectators watch a Japanese All Nippon Airways’ plane landing at the Narita International Airport. They stand in a popular viewing spot at Sakuranoyama Park in Narita, east of Tokyo. (Koji Sasahara/Associated Press) 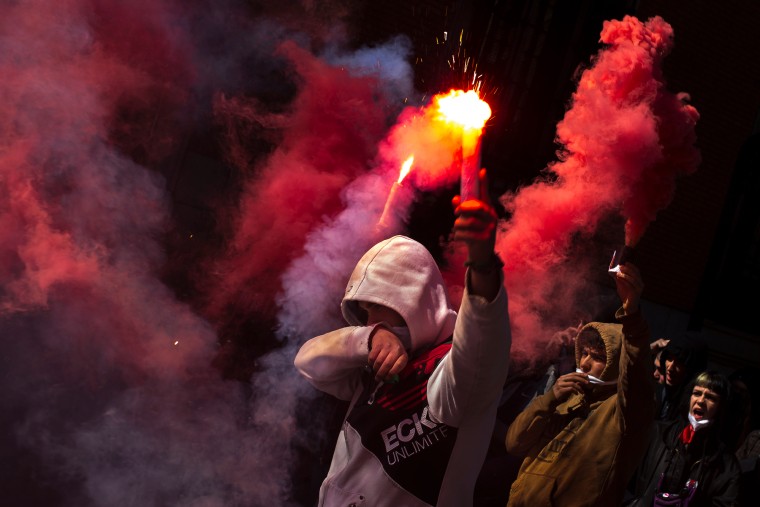 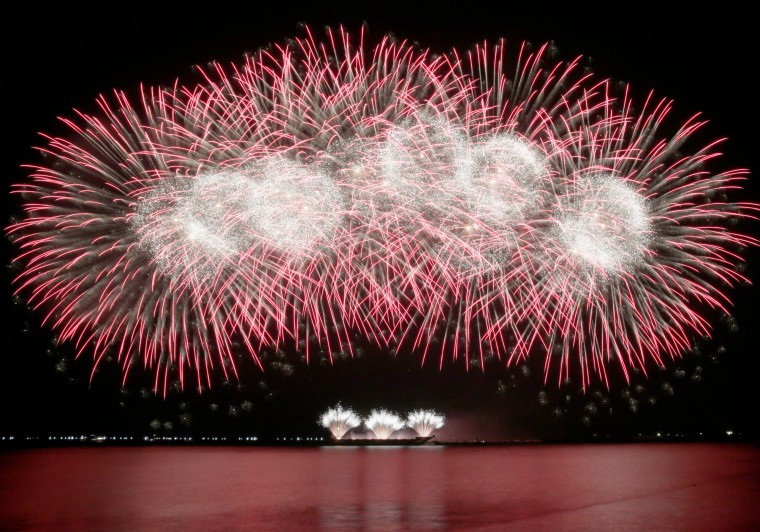 Fireworks from Polaris Fireworks AB of China fill the night sky at Manila Bay on the last weekend of the 6th Philippine International Pyro musical competition at the Mall of Asia shopping complex at suburban Pasay city south of Manila, Philippines. The Netherlands was declared this year’s champion, followed by China and with Portugal 2nd runner up. (Bullit Marquez/Associated Press) 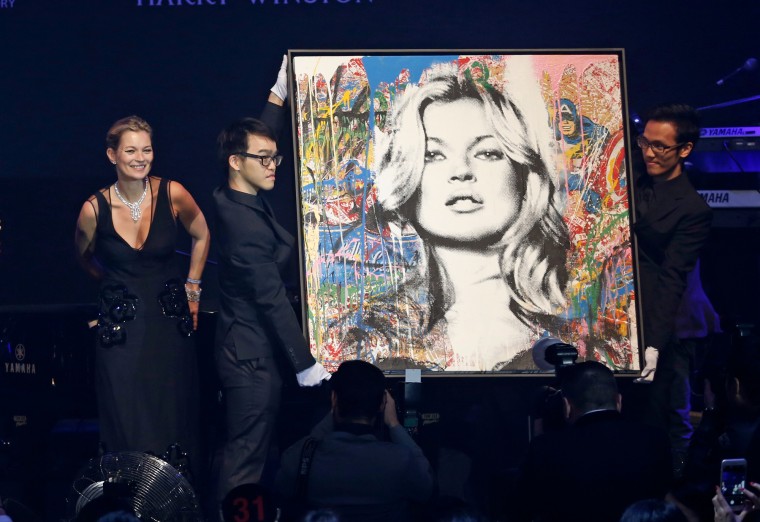 British model Kate Moss, left, stands next to the artwork “Kate Moss” created by French street artist Mr. Brainwash, which is displayed for auction at the fundraising gala organized by amfAR (The Foundation for AIDS Research) in Hong Kong. (Kin Cheung/Associated Press)