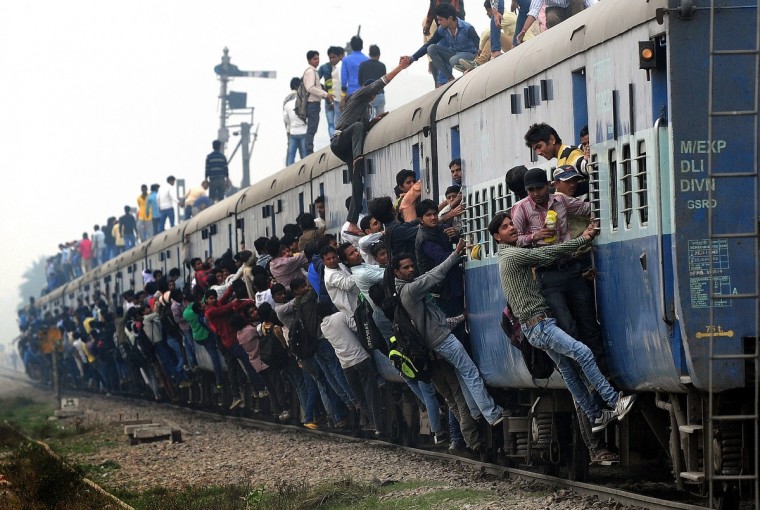 Indian passengers stand and hang onto a train as it departs from a station on the outskirts of New Delhi on February 25, 2015. Indian Railways Minister Suresh Prabhu is scheduled to present the railway budget to parliament on February 26. (Money Sharma/Getty Images) 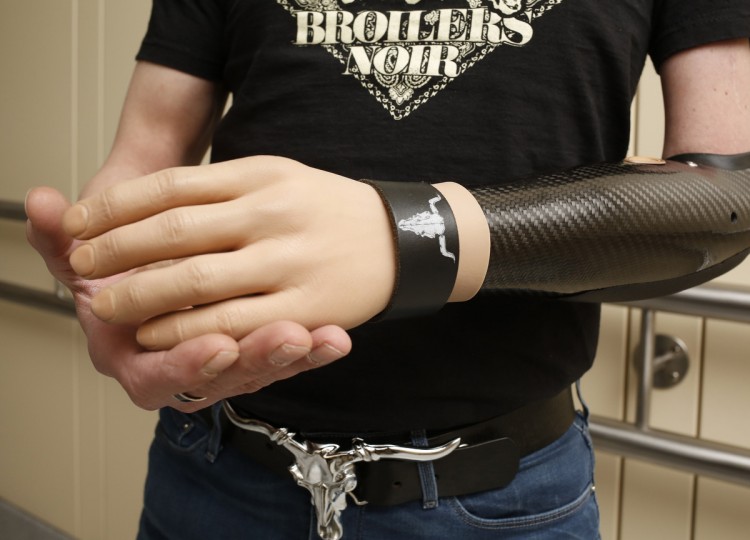 Austrian patient Markus Kemeter shows his bionic hand on February 24, 2015 in Vienna. Three Austrian men underwent the technique bionic reconstruction developed by head of the plastic Surgery of the Medical University of Vienna Oskar Aszmann, in a world first use of mind-controlled bionic hand, according to a research published in the paper The Lancet on February 25, 2015. (Deter Nagl/Getty Images) 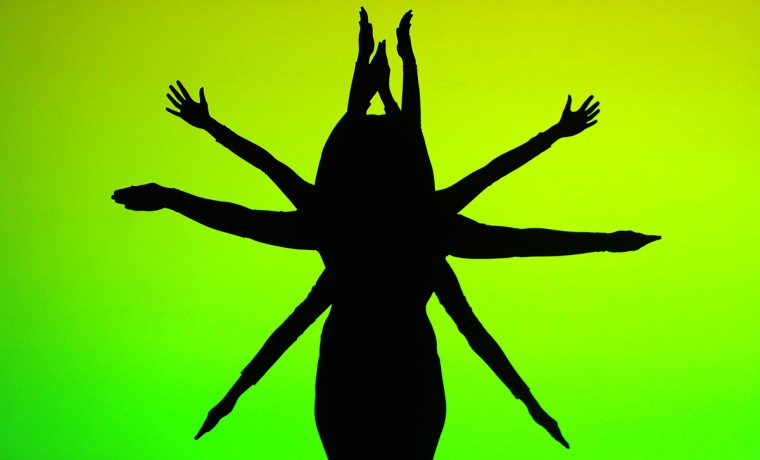 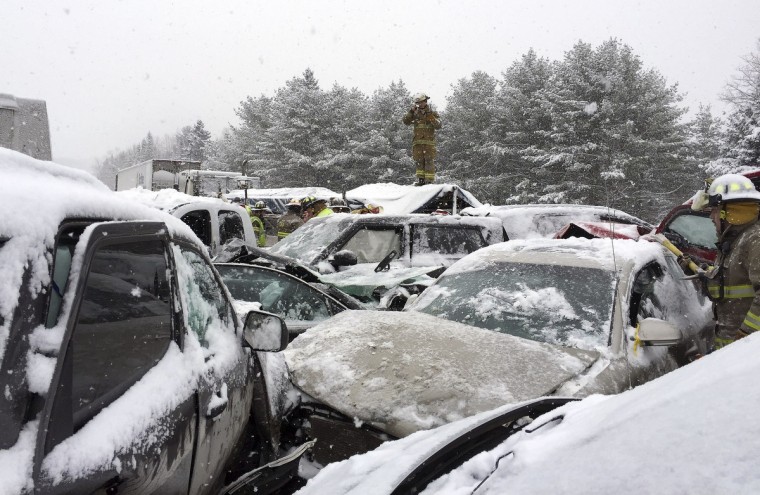 Emergency personnel respond to a multi-vehicle pileup along Interstate 95 in Etna, Maine, about 20 miles west of Bangor, Wednesday, Feb. 25, 2015. State police spokesman Steve McCausland said the pileup happened early Wednesday in heavy snow and involved many cars, a school bus and a semitrailer. No fatalities were immediately reported but McCausland said some of the injuries were serious. (AP Photo/Maine State Police and Maine Emergency Management, Stephen McCausland) 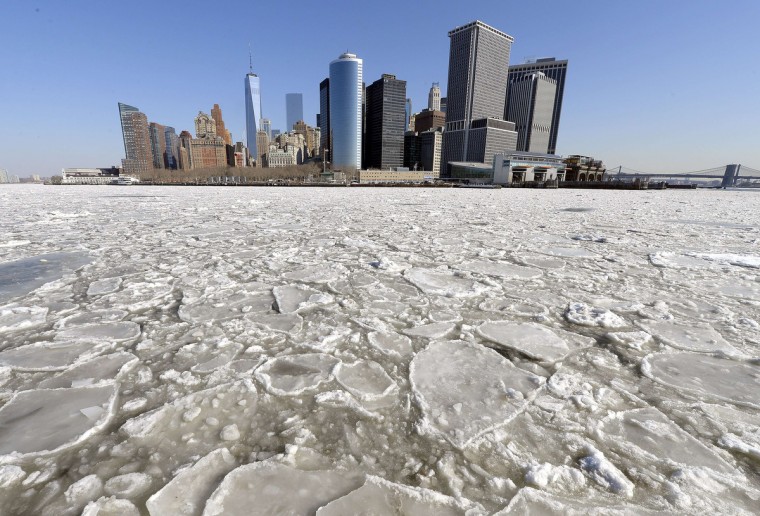 A view of Lower Manhattan from the Staten Island Ferry February 25, 2015 as the New York Harbor is filled with large chunks of ice. Heavy ice in the East River shut down commuter ferry service on Tuesday morning stopping travel between Manhattan, Queens, and Brooklyn. (Timothy A. Clary/Getty Images) 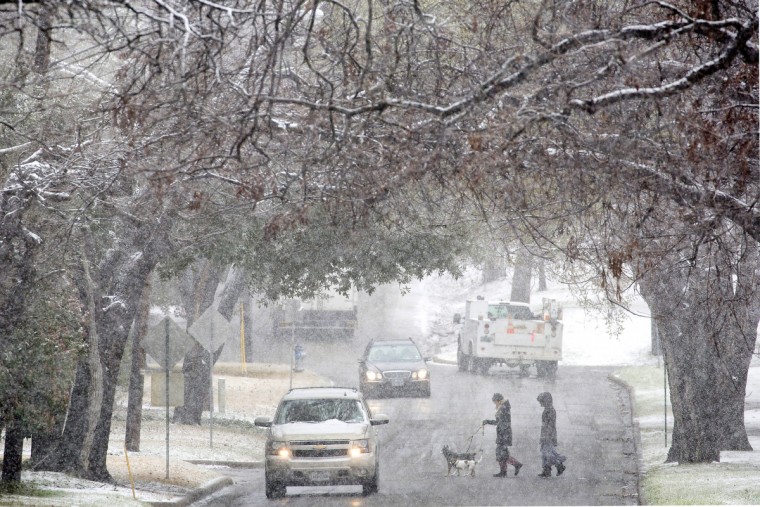 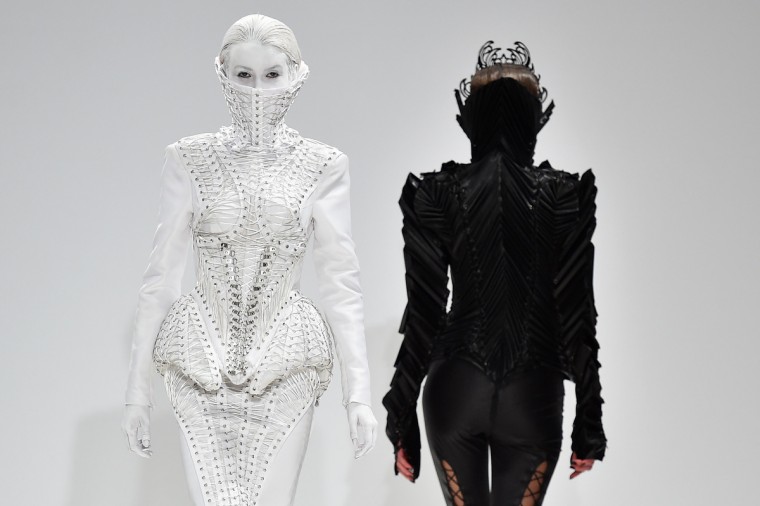 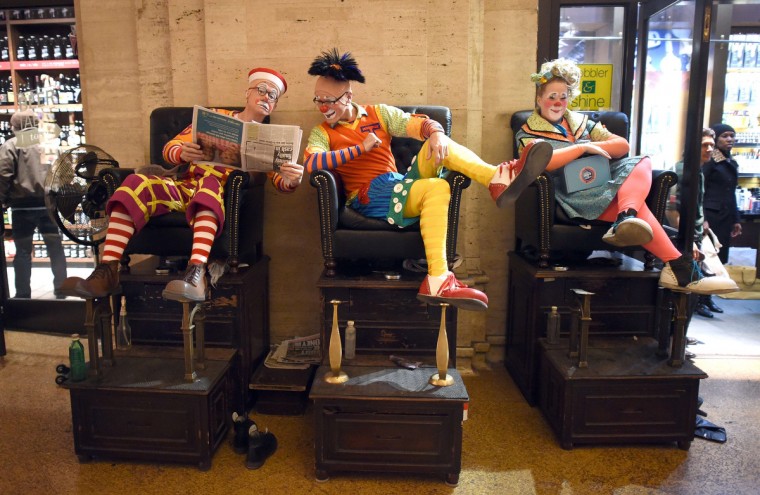 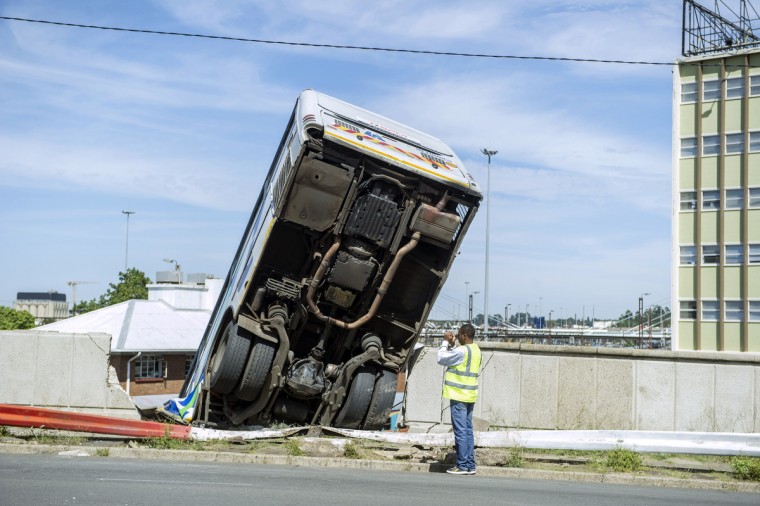 A South African emergency services marshall takes a picture of a public transport bus that drove over the side of Queen Elizabeth bridge in Johannesburg, South Africa, on February 25, 2015. No fatal injuries were reported and the bus driver sustained minor injuries. (Mujahid Safodien/Getty Images) 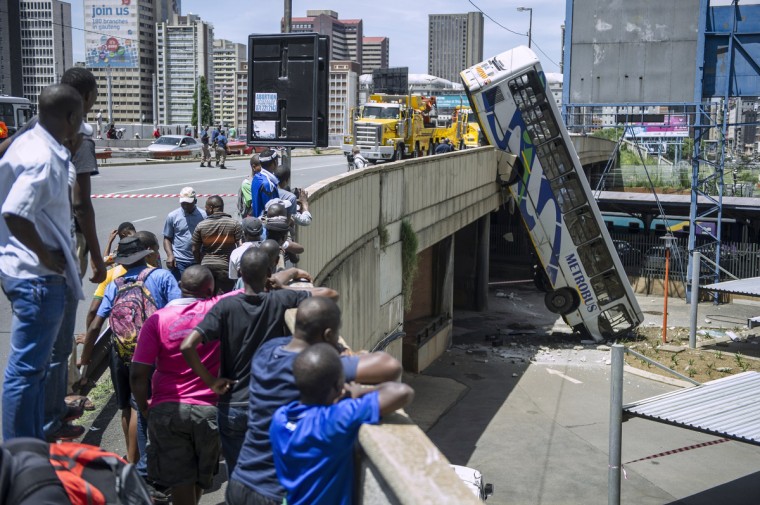 Onlookers gather on Queen Elizabeth bridge to look at a public transport bus that drove over the side of the bridge in Johannesburg, South Africa, on February 25, 2015. No fatal injuries were reported and the bus driver sustained minor injuries. (Mujahid Safodien/Getty Images) 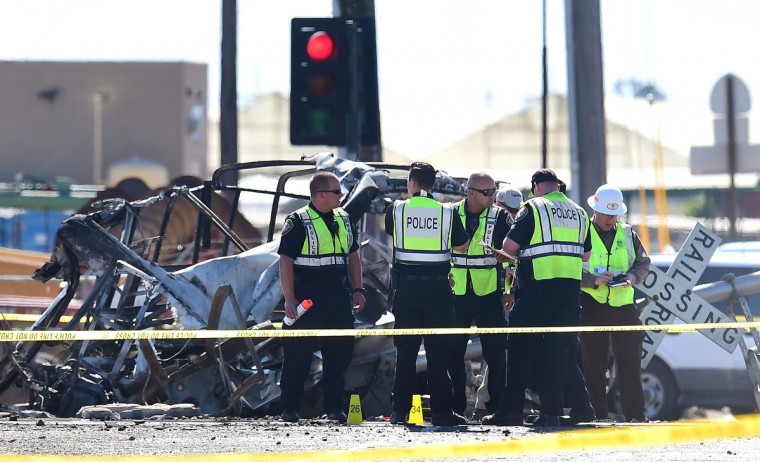 Policemen have a discussion beside the wreckage of a mangled truck after the truck was hit by a Los Angeles-bound Metrolink train during the early morning commute in Oxnard, California on February 24, 2015. The train struck the truck on the tracks and derailed, interrupting rail service from Ventura County and sending 28 people to hospitals, including four in critical condition. (Frederic J. Brown/Getty Images) 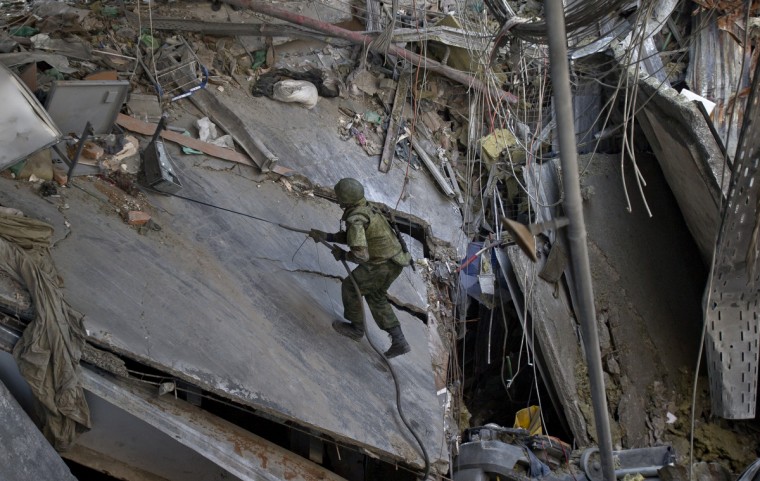 A Russia-backed separatist uses a cable to climb inside the airport terminal while supervising Ukrainian prisoners of war removing bodies of Ukrainian servicemen from the rubble of the airport building outside Donetsk, Ukraine, Wednesday, Feb. 25, 2015. Ukrainian troops held captive in the separatist stronghold of Donetsk began digging through the rubble Wednesday to retrieve the bodies of fellow soldiers killed last month in a bitter battle for the city’s airport. (AP Photo/Vadim Ghirda) 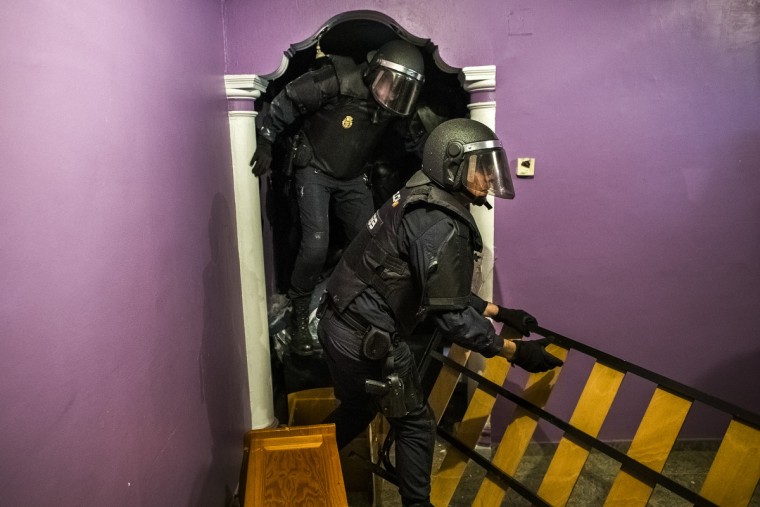 Police enter the apartment of Emilia Montoya Vazquez by forcing their way in between furniture after they broke down the main door to evict her and her family in Madrid, Spain, Wednesday, Feb. 25, 2015. Montoya, who lived with her son and daughter in law, both unemployed, and three grandchildren of 7, 6, 3 years old, had accumulated a debt with the (EMV) City Hall Housing Company as she could not afford to pay rent due to her only income being a state benefit of 460 euros ($522) a month. The eviction was carried out in spite dozens of housing right activists who gathered inside the apartment and blocked the main door. EMVS, a state company with an aim to give housing solutions for people in need, sold 1.860 state apartments to private investors, last year. (AP Photo/Andres Kudacki) 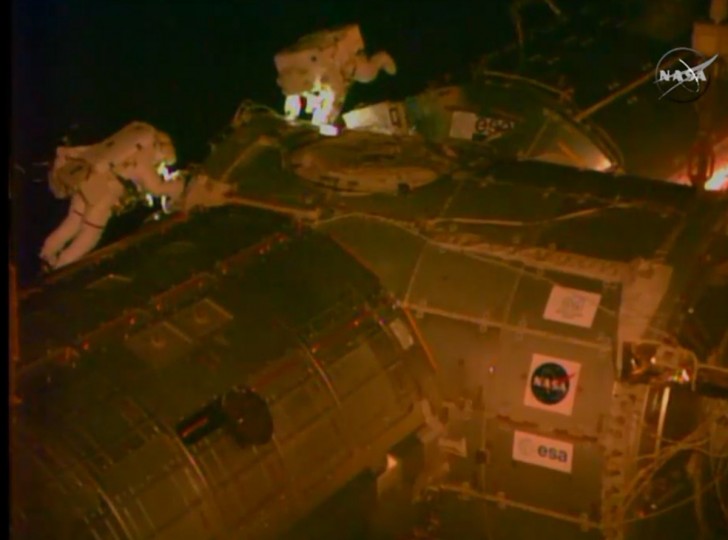 In this image from NASA television astronaut Barry “Butch” Wilmore, left, and Terry Virts during their second spacewalk outside the International Space Station Wednesday Feb. 25, 2015. Wednesday’s spacewalk is the second in five days for Butch Wilmore and Terry Virts. In all, three spacewalks are planned in just over a week to prepare the orbiting lab for future American crew capsules. (AP Photo/NASA-TV) 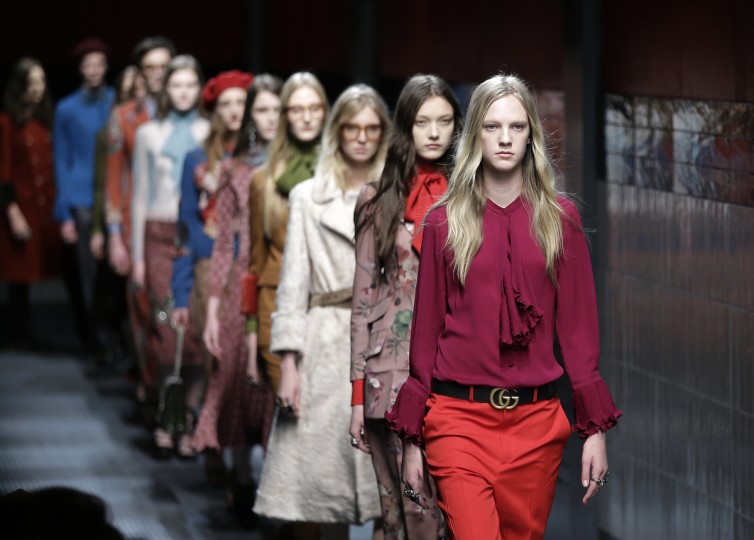 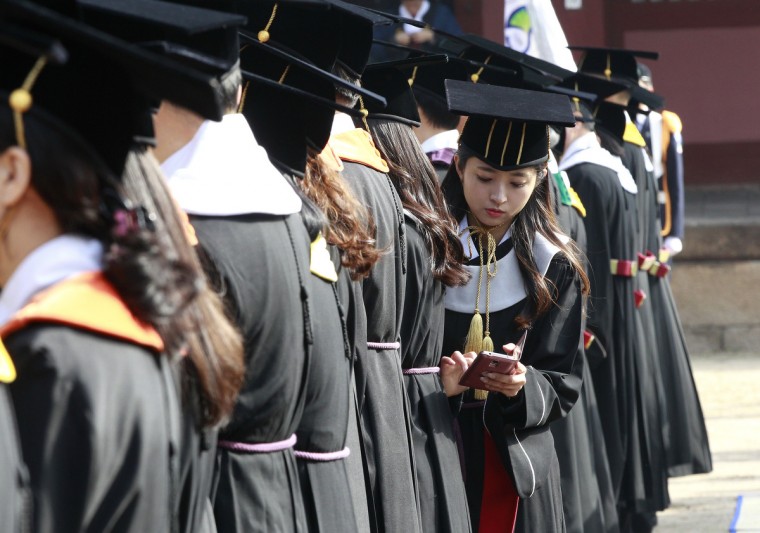 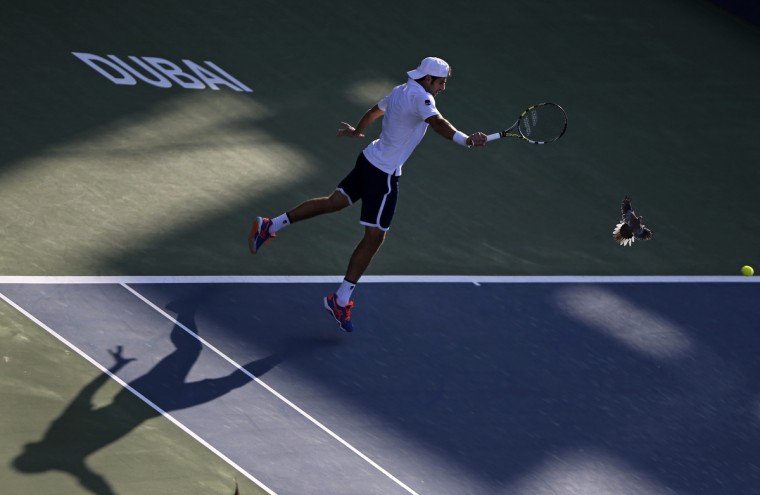 Simone Bolelli of Italy returns the ball to Tomas Berdych of the Czech Republic as a pigeon flies over the court during the Dubai Duty Free Tennis Championships in Dubai, United Arab Emirates, Wednesday, Feb. 25, 2015. (AP Photo/Kamran Jebreili) 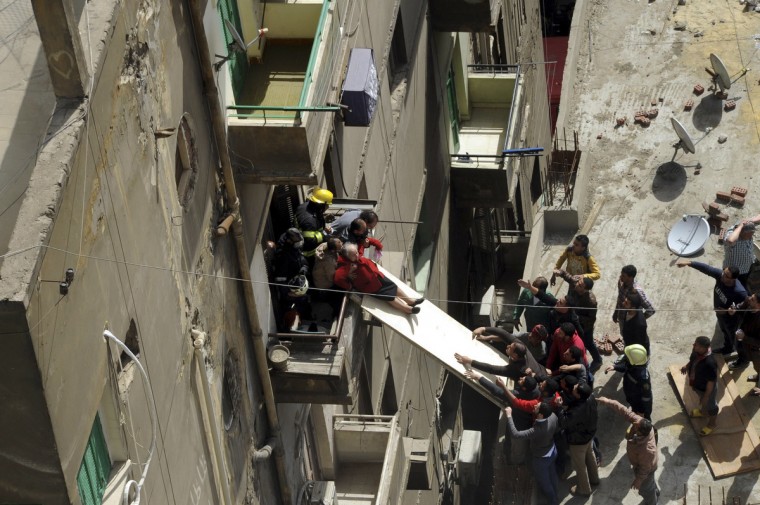 An elderly Egyptian woman is rescued from an apartment balcony during a building fire as neighbors and firefighters use an improvised slide to evacuate her to the roof of an adjacent building in downtown Cairo, Wednesday, Feb. 25, 2015. An electrical fire raged in a residential building in the Ramsis neighborhood of Cairo injuring at least three people. (AP Photo/Ahmed Gamil) 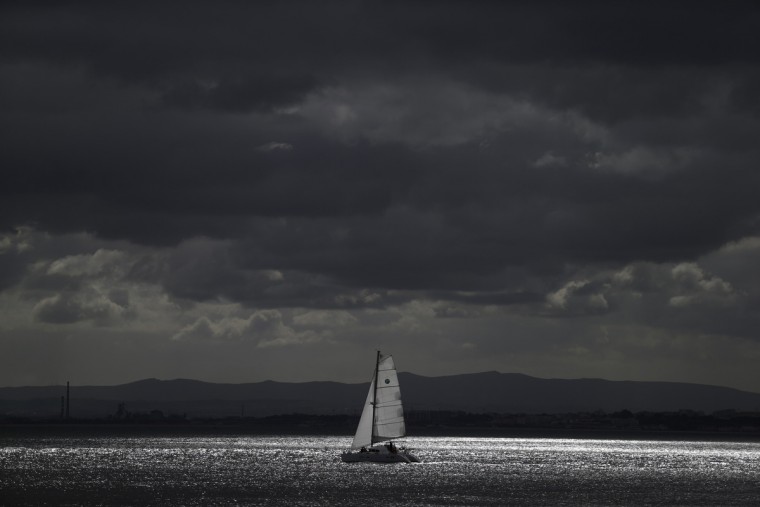 A small ship is lit by a ray of sunshine as it sails up the Tagus river, in Lisbon, Wednesday, Feb. 25, 2015. Everyday boats, ferries and cargo ships sail up and down the river on their way to dock or leave the ports of the Portuguese capital. (AP Photo/Francisco Seco) 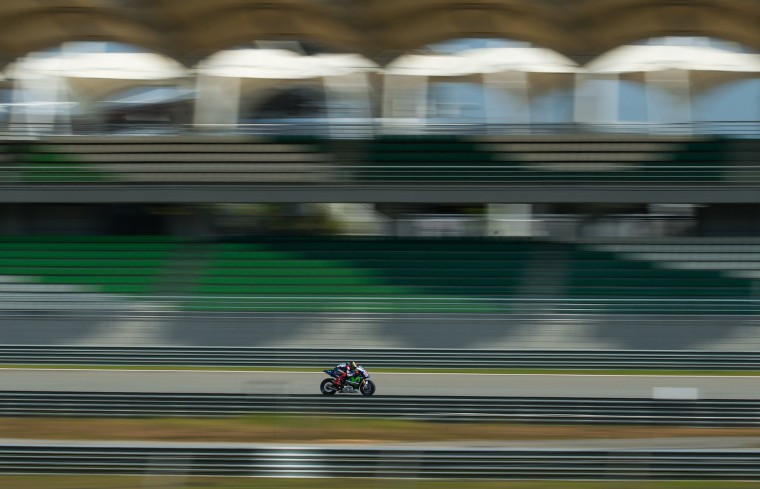 Movistar Yamaha rider Jorge Lorenzo of Spain steers his bike during the third and final day of MotoGP test races at the Sepang circuit outside Kuala Lumpur on February 25, 2015. (Mohd Rasfan/Getty Images) 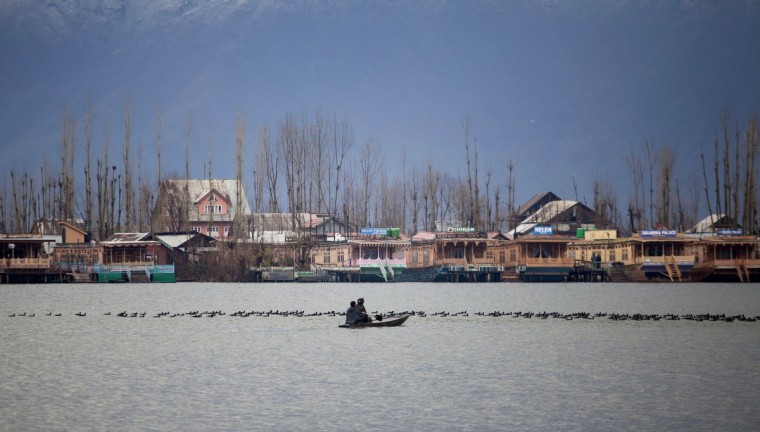 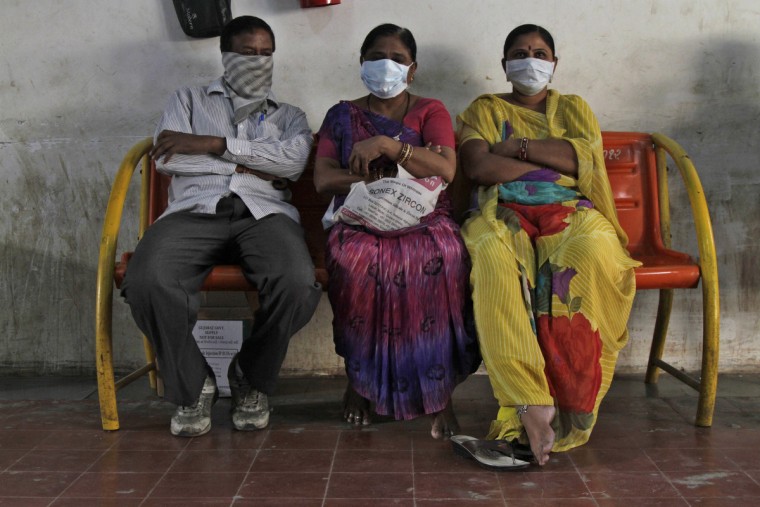 Indian relatives of swine flu patients sit outside an isolation ward for swine flu at the Civil Hospital in Ahmadabad, India, Wednesday, Feb. 25, 2015.The west Indian city has banned large public gatherings in an attempt to halt the spread of swine flu, which has claimed more than 900 lives nationwide in 11 weeks. (AP Photo/Ajit Solanki) 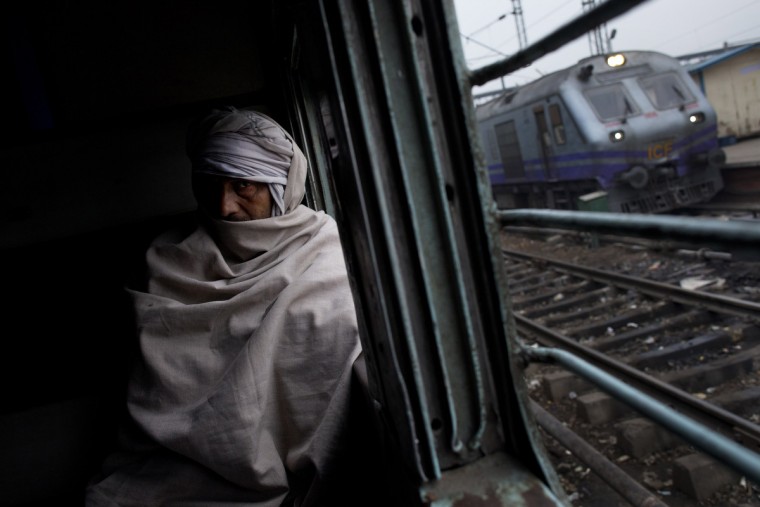 An elderly Indian man sits inside a local train in New Delhi, India, Wednesday, Feb. 25, 2015. India on Thursday is expected to table the 2015 budget for the national railways system, which is one of the world’s largest and serves more than 23 million passengers a day. (AP Photo/Bernat Armangue) 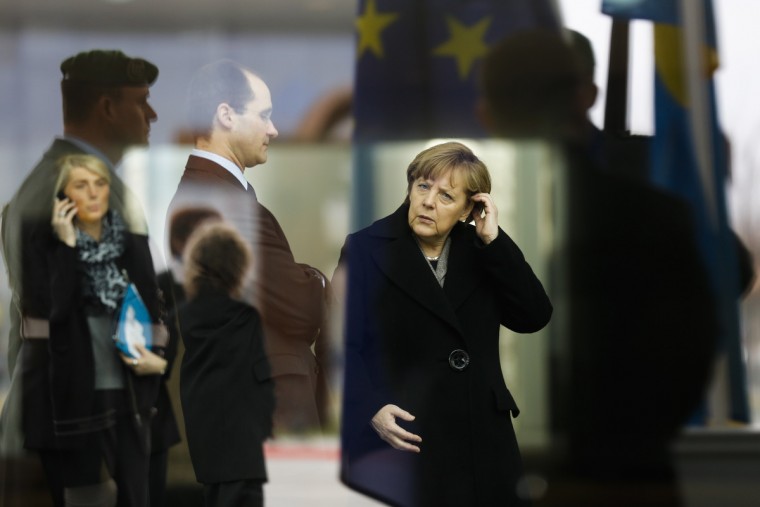 German Chancellor Angela Merkel, right, stands behind a window that reflects the European flag as she waits for the arrival of the Prime Minister of Sweden Stefan Lofven at the chancellery in Berlin, Germany, Wednesday, Feb. 25, 2015. (AP Photo/Markus Schreiber) 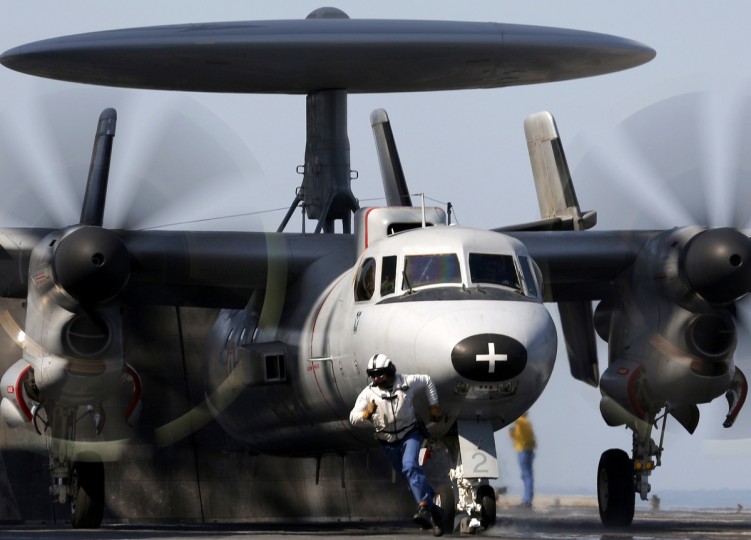 A catapult operator leaves a catapult area as a French Navy HawkEye prepares to take off from the aircraft craft carrier Charles de Gaulle operating in the Gulf on February 25, 2015. A dozen French fighter jets are catapulted into the sky from the aircraft carrier in the Gulf, roaring off towards Iraq as part of the campaign against the Islamic State (IS) jihadist group. (Patrick Baz/Getty Images) 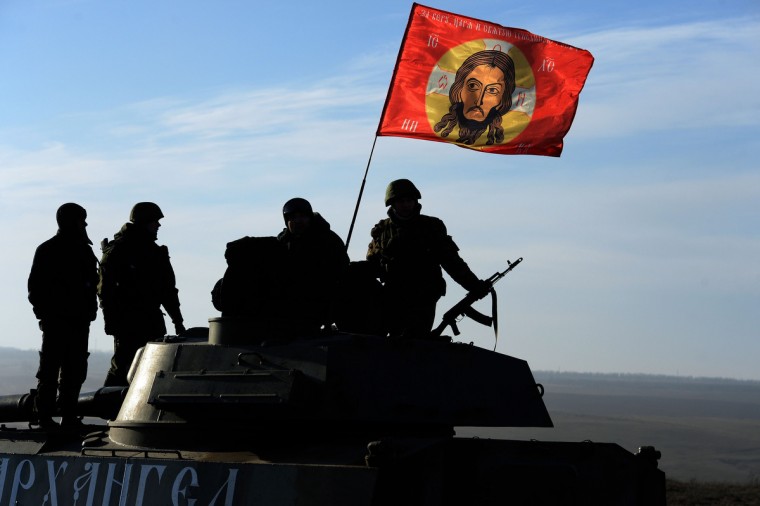 Pro-Russia militants sit next to a flag with the face of Jesus Christ as convoy of 2S1 Gvozdikas (122-mm self-propelled howitzers) takes a break as they move from the frontline near the eastern Ukrainian city of Starobeshevo in Donetsk region, on February 25, 2015. France, Germany, Russia and Ukraine called on February 24 for a total ceasefire in eastern Ukraine as London announced it was sending troops to train government forces fighting pro-Russian separatists in eastern Ukraine. (Vasily Maximov/Getty Images) 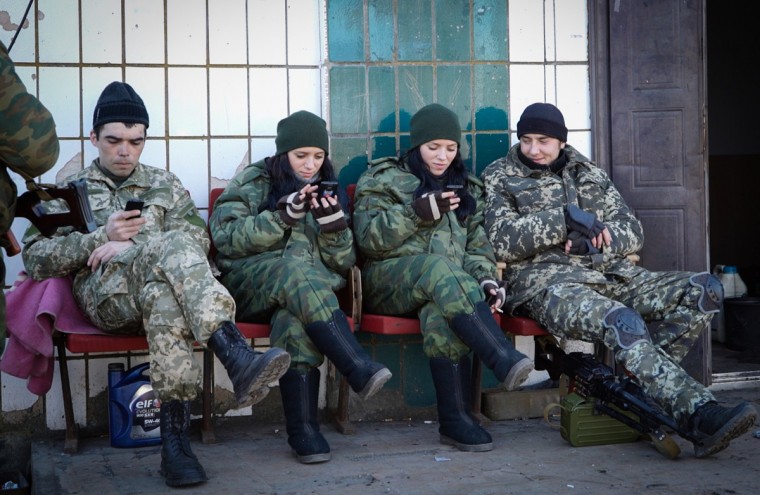 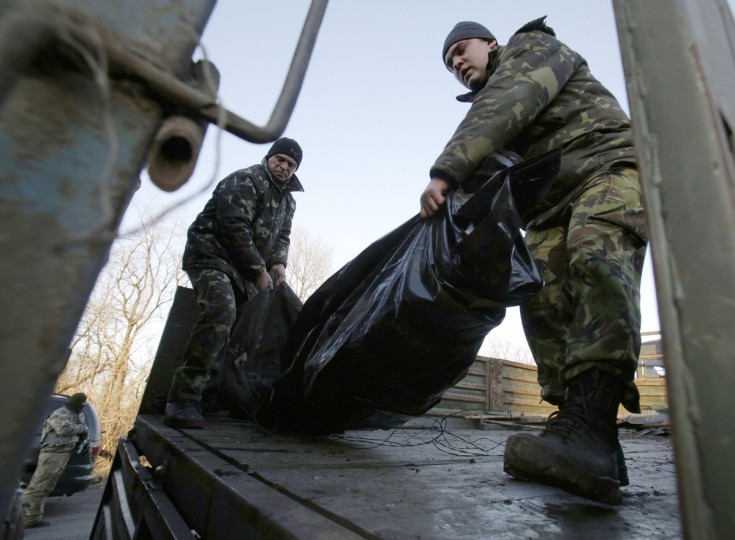 Ukrainian soldiers unload bodies of Ukrainian soldiers killed in Debaltsevo on February 24, 2015 at a checkpoint near Gorlivka. Foreign ministers from Ukraine, Russia, Germany and France called Tuesday for a total ceasefire in eastern Ukraine as Russian President Vladimir Putin ruled out the “apocalyptic scenario” of all-out war. (Anatolii Stepanov/Getty Images) 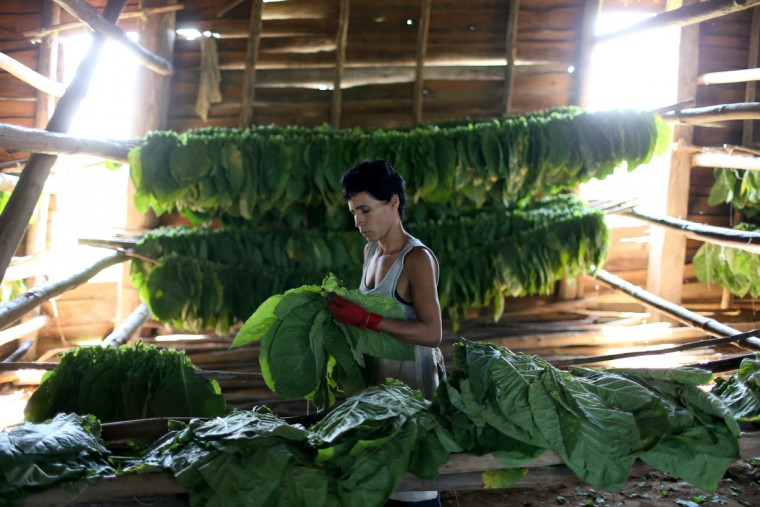 During the week-long International Habano Cigar Festival, a worker readies tobacco leaves for drying at a tobacco drying house on a plantation in Vuelta Abajo on February 24, 2015 in Pinar del Rio, Cuba. The annual cigar festival attracts tourists from around the world to sample the islands world renowned tobacco. (Joe Raedle/Getty Images) 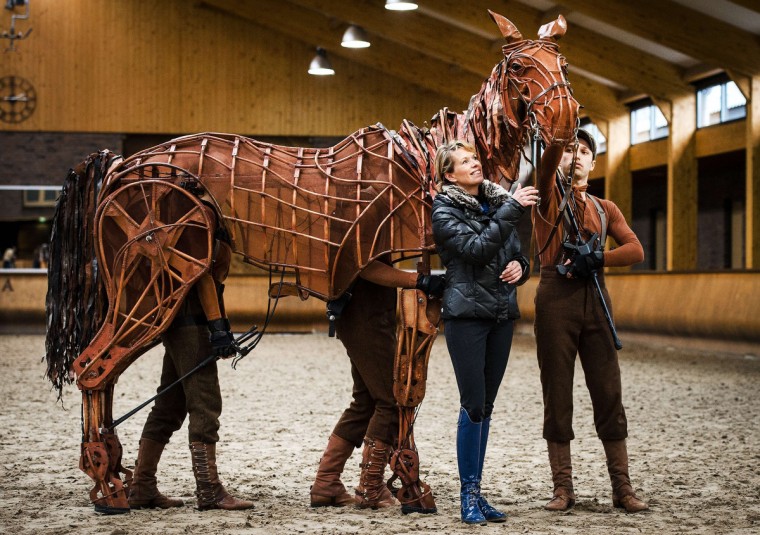