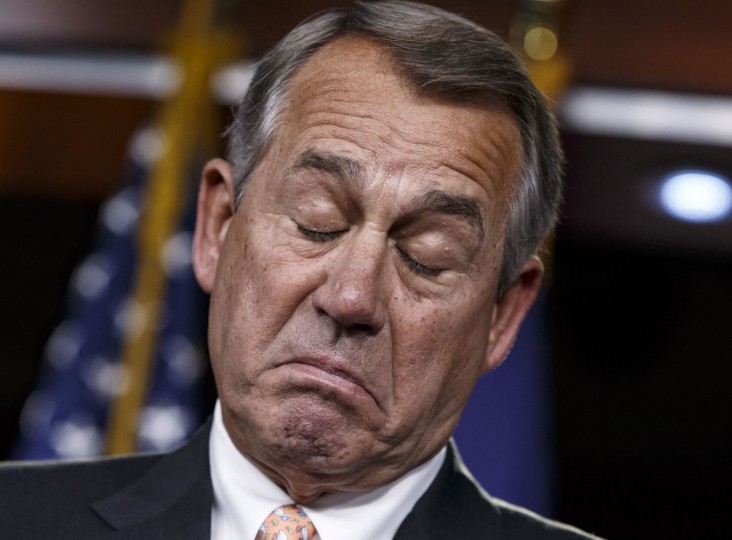 House Speaker John Boehner of Ohio responds to reporters about the impasse over passing the Homeland Security budget because of Republican efforts to block President Barack Obama’s executive actions on immigration, Thursday, Feb. 26, 2015, during a news conference on Capitol Hill in Washington. The House voted last month to end Homeland Security funding on Saturday unless Obama reverses his order to protect millions of immigrants from possible deportation. After Democratic filibusters blocked the bill in the Senate, the chamber’s Republican leaders agreed this week to offer a “clean” funding measure, with no immigration strings attached. (J. Scott Applewhite/AP Photo) 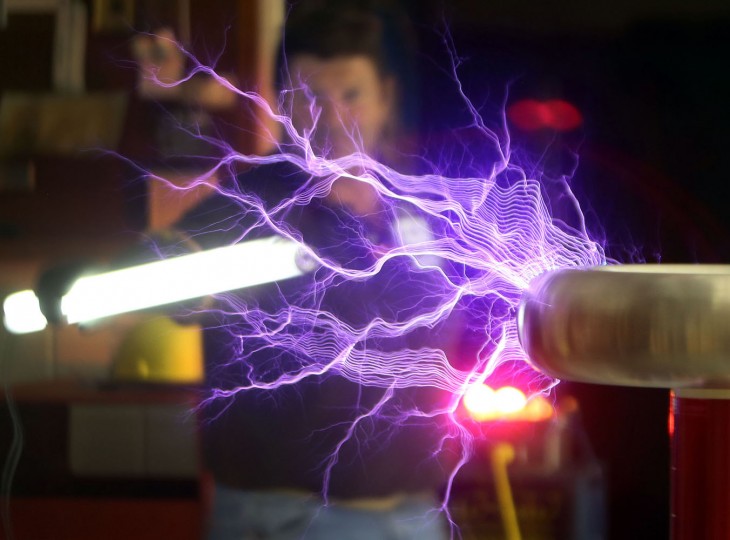 Instructor Robert Callier lights up a bulb with a Tesla coil that he built with students at Haney Technical School, Thursday, Feb. 26, 2015, in Panama City, Fla. (Andrew Wardlow/News Herald/AP Photo) 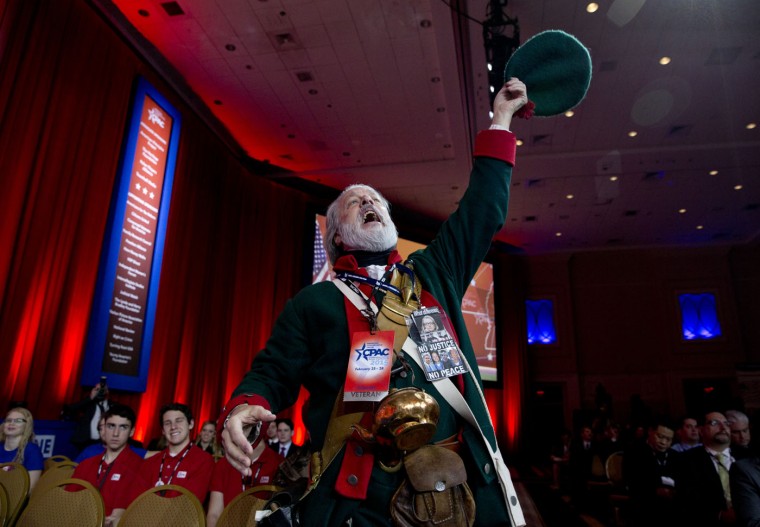 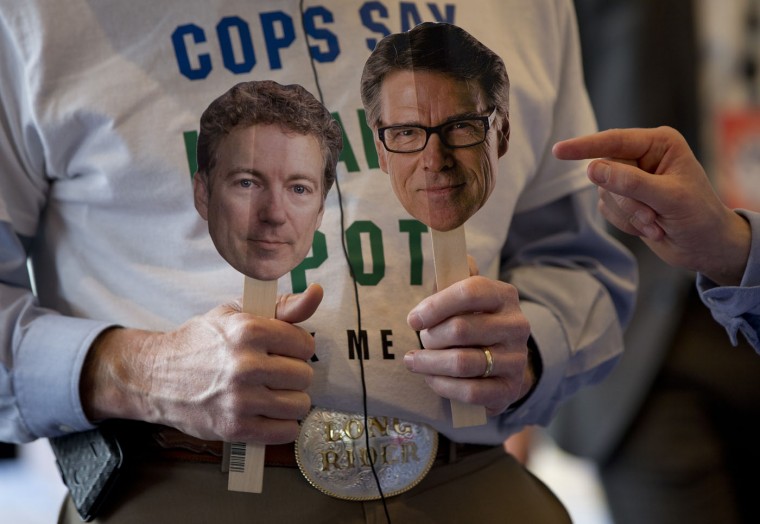 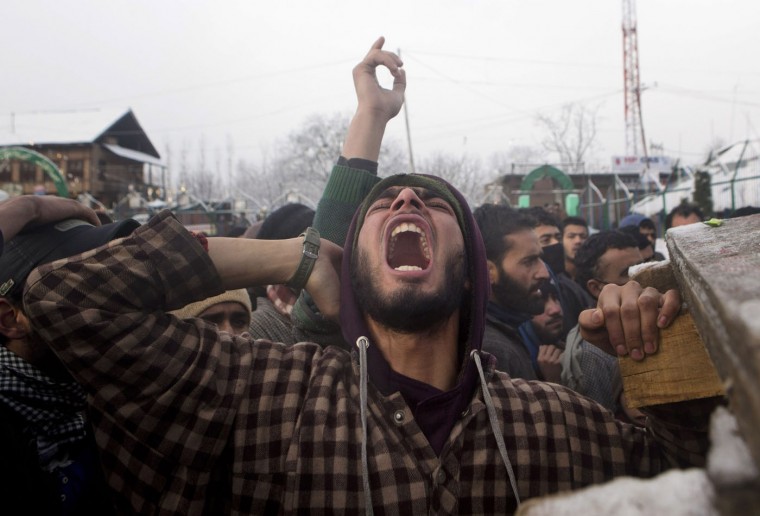 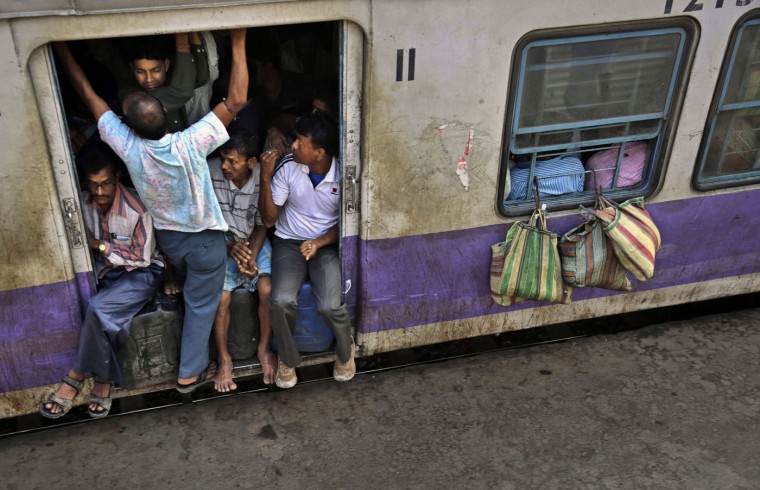 Indian passengers crowd the doorway of one of the coaches of a suburban train as it prepares to leave a station on the outskirts of Kolkata, India, Thursday, Feb. 26, 2015. Indian Railway minister Suresh Prabhu Thursday unveiled the budget for one of the worlds largest railways systems that serves more than 23 million passengers a day. (Bikas Das/AP Photo) 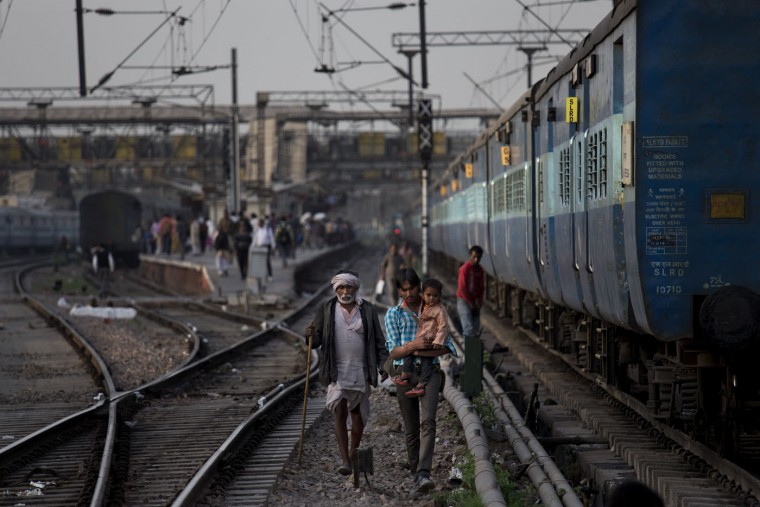 Indian commuters walk between rail tracks in New Delhi, India, Thursday, Feb. 26, 2015. The railways budget unveiled Thursday by Railway Minister Suresh Prabhu envisions $137 billion being invested over the next five years to modernize trains and stations, improve safety and sanitation and expand the reach of the rails in the system that serves more than 23 million passengers a day. (Bernat Armangue/AP Photo) 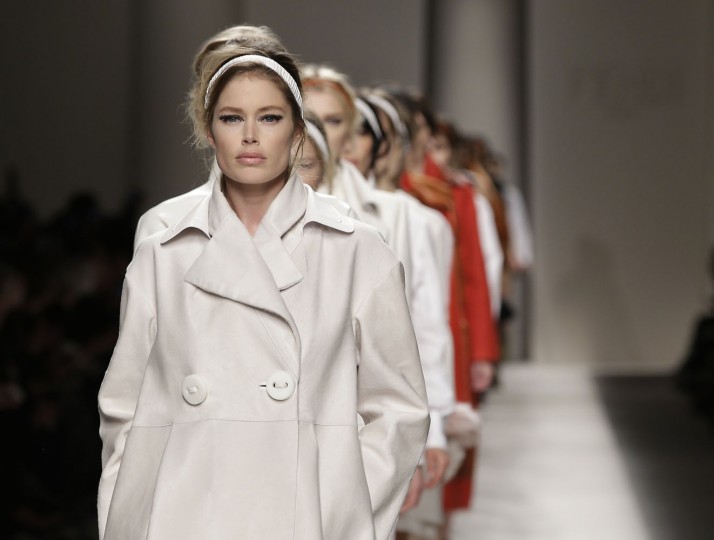 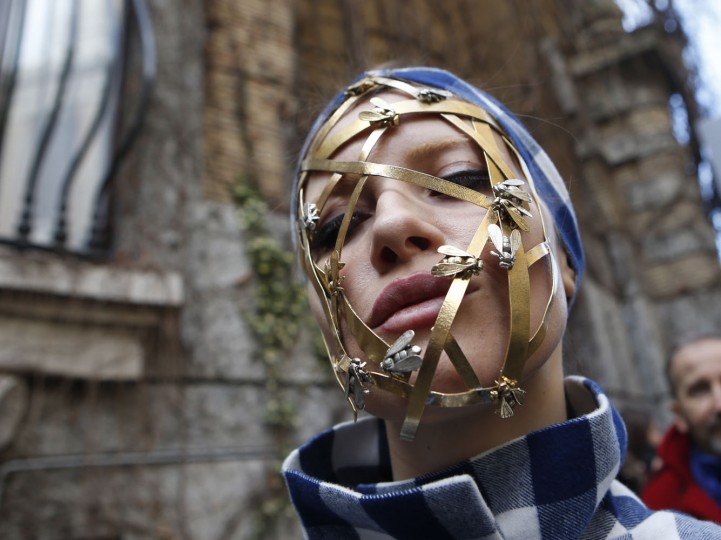 A guest leaves at the end of the unveiling of Max Mara women’s Fall-Winter 2015-16 collection, part of the Milan Fashion Week, in Milan, Italy, Thursday, Feb. 26, 2015. (Luca Bruno/AP Photo) 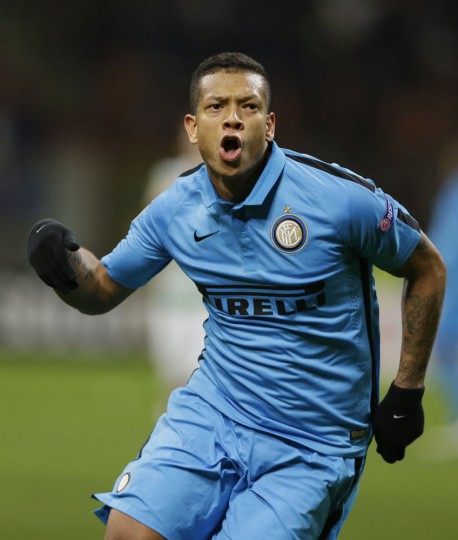 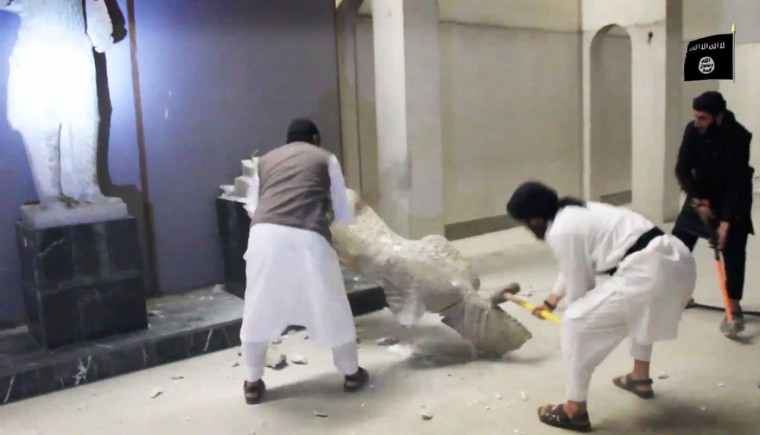 In this image made from video posted on a social media account affiliated with the Islamic State group on Thursday, Feb. 26, 2015, which has been verified and is consistent with other AP reporting, militants take sledgehammers to an ancient artifact in the Ninevah Museum in Mosul, Iraq. The extremist group has destroyed a number of shrines –including Muslim holy sites — in order to eliminate what it views as heresy. The militants are also believed to have sold ancient artifacts on the black market in order to finance their bloody campaign across the region. (AP Photo via militant social media account) 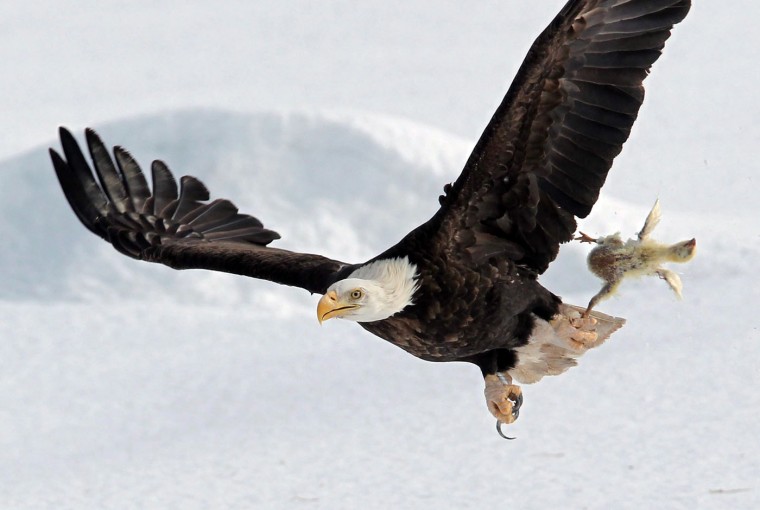 A bald eagle flies with a dead chicken plucked from the snow in a farmer’s field, Thursday, Feb. 26, 2015, near Sheffield Mills, Nova Scotia. The carcass was from the die-offs of local chicken farms that are put out every year for a variety of hawks and eagles to feast on. (Tim Krochak/The Canadian Press/Halifax Chronicle-Herald/AP Photo) 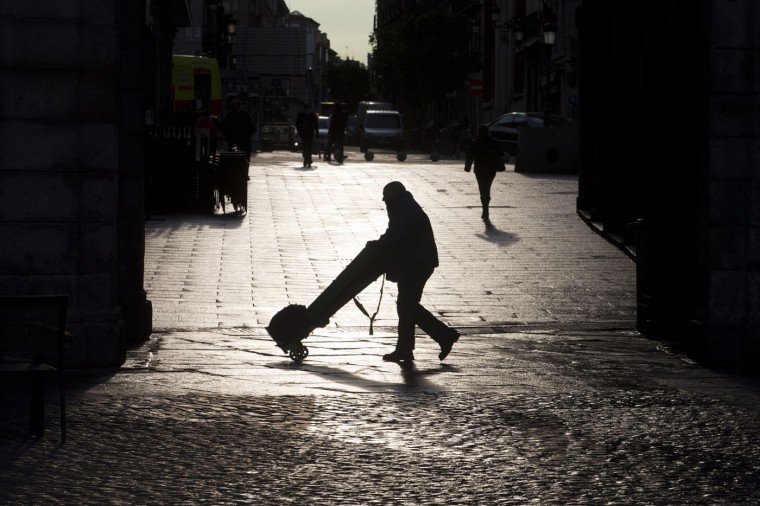 A man pushes a barrow in Madrid, Spain, Thursday, Feb. 26, 2015 as the day gets underway in the Spanish capital. (Paul White/AP Photo) 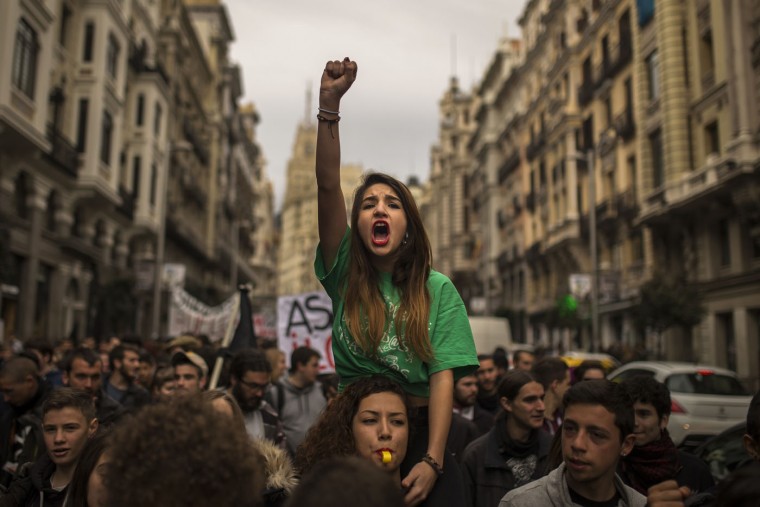 Students shout slogans as they march during the second day of a student’s strike in Madrid, Spain Thursday Feb. 26, 2015. Students across Spain are protesting changes in the system of university degrees with protests and a two-day strike. (Andres Kudacki/AP Photo) 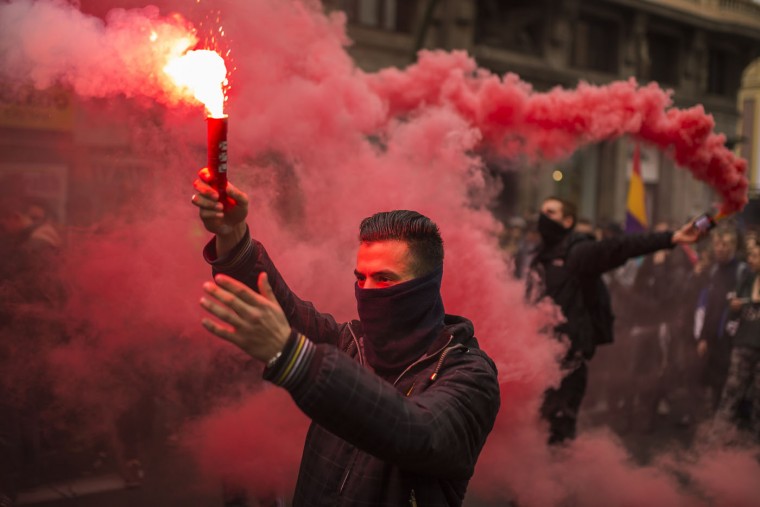 Students march and light flares during the second day of student strike in Madrid, Spain Thursday Feb. 26, 2015. Students across Spain are protesting changes in the system of university degrees with protests and a two-day strike. (Andres Kudacki/AP Photo) 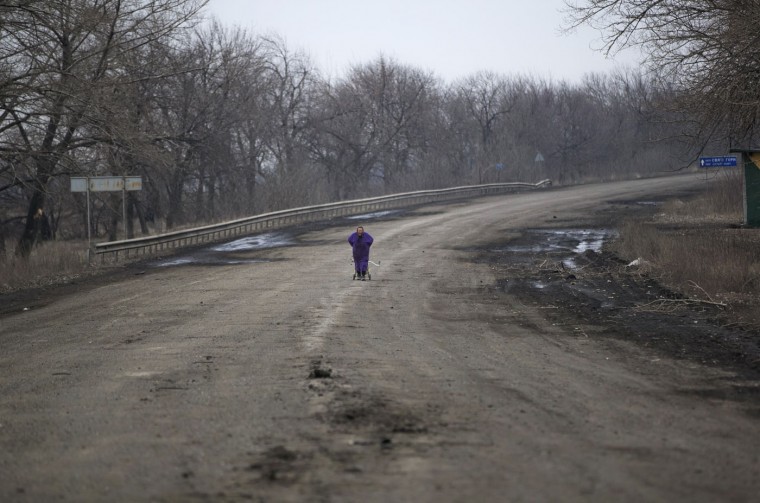 An elderly woman drags a cart with belongings on the outskirts of Debaltseve, Ukraine, Thursday, Feb. 26, 2015. After weeks of relentless fighting, which inflicted severe damage to most buildings, the embattled Ukrainian rail hub of Debaltseve fell last week to Russia-backed separatists. (Vadim Ghirda/AP Photo) 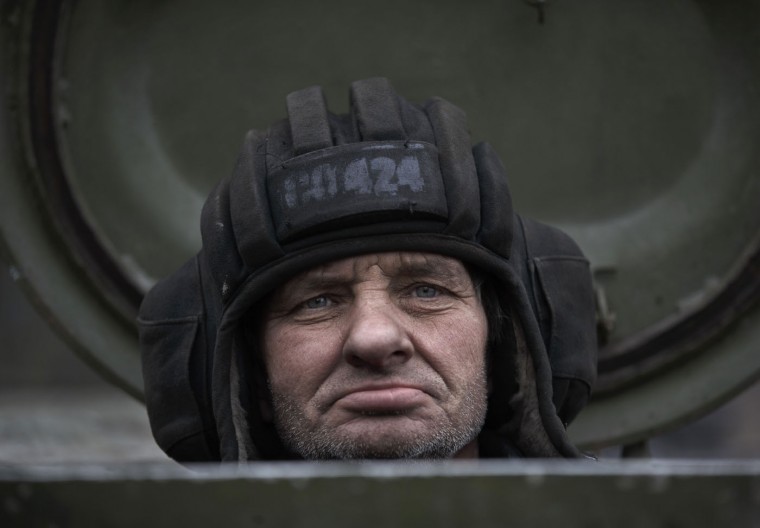 A Russia-backed separatist fighter sits in a self propelled 152 mm artillery piece, part of a unit moved away from the front lines, in Yelenovka, near Donetsk, Ukraine, Thursday, Feb. 26, 2015. Russia’s foreign minister is sharply criticizing Ukraine’s insistence that it won’t begin pulling back heavy weapons in its fight against separatists in the east until the rebels fully observe a cease-fire. (Vadim Ghirda/AP Photo)

Snow covers the Space Shuttle Pathfinder display at the U.S. Space & Rocket Center, Thursday Feb. 26, 2015, in Huntsville, Ala. A record winter storm that dumped a foot of snow on north Alabama left roads coated with an icy slush that complicated travel Thursday, but rising temperatures melted away some of the problem. (Bob Gathany/AP Photo/AL.com) 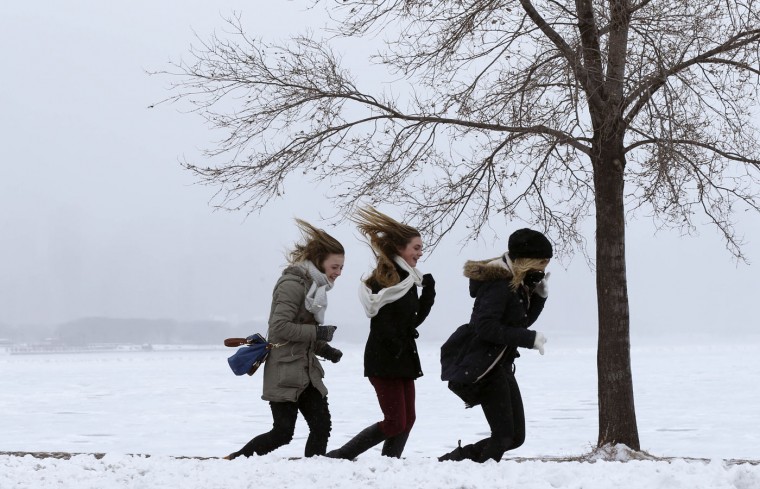 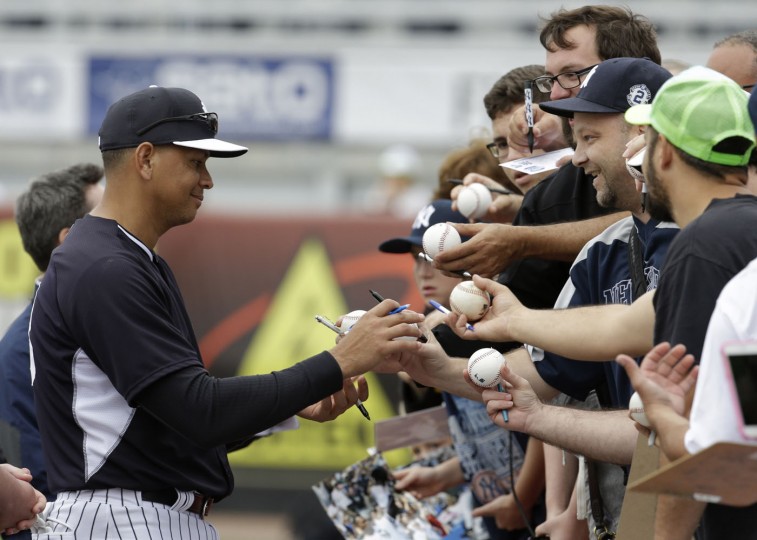