We dug back in our archives to bring you some of our favorite old time photos photos from the nation’s capital — from Georgetown to the Metro stations to the Tidal Basin, and even a few glances of the city from the sky. 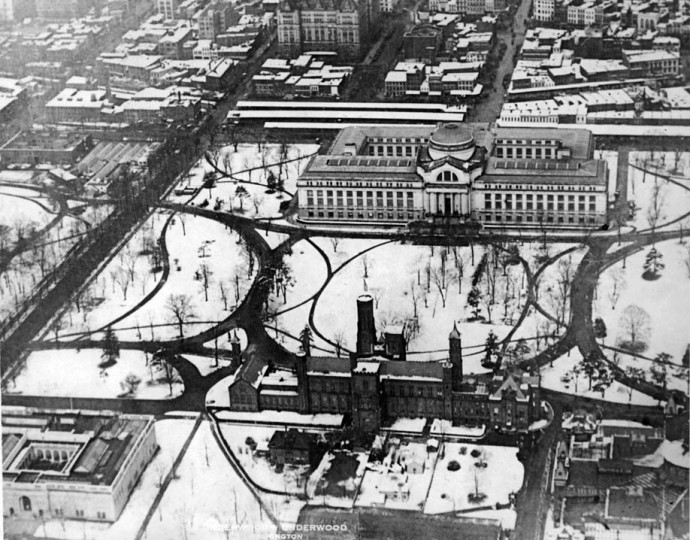 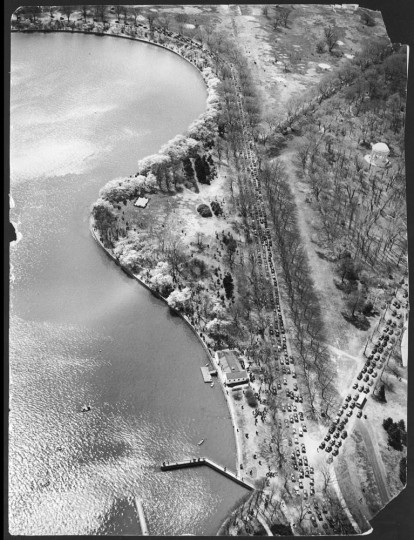 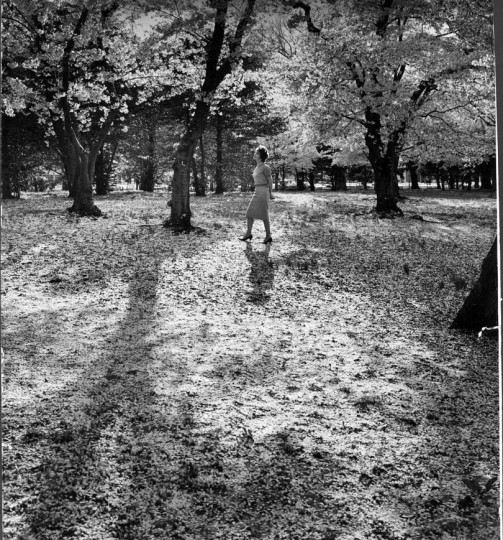 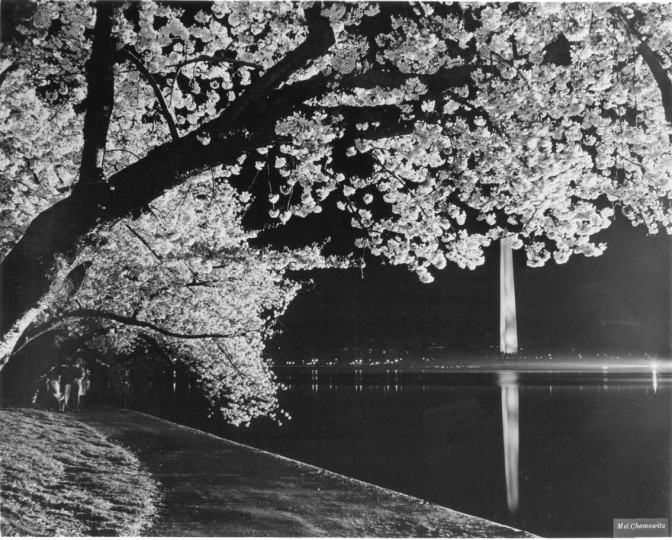 April 5, 1971: The Tidal Basin and D.C.’s cherry blossoms, via the Washington vistor’s bureau. 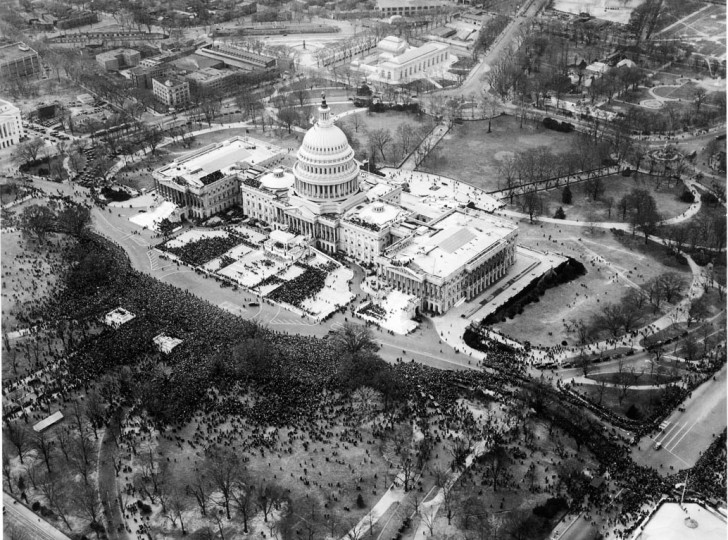 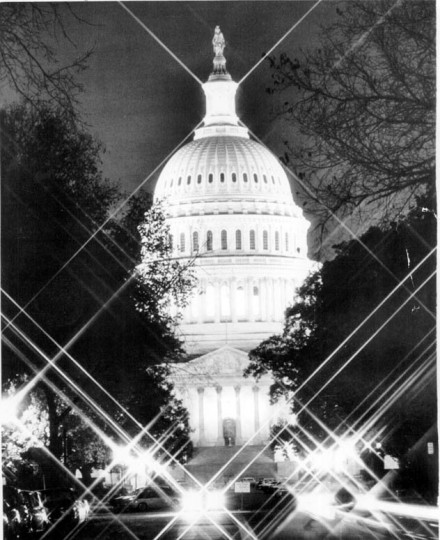 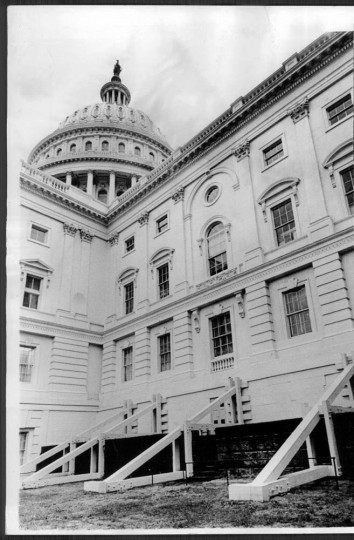 December 14, 1968: While the inaugural stands and platforms are being erected on the east side of the Capital to the tune of a quarter of a million dollars or so, over on the west side, the walls were quietly crumbling down. Strong beans have been shoring up the cracked, disintegrating and bulging sandstone walls since 1965. 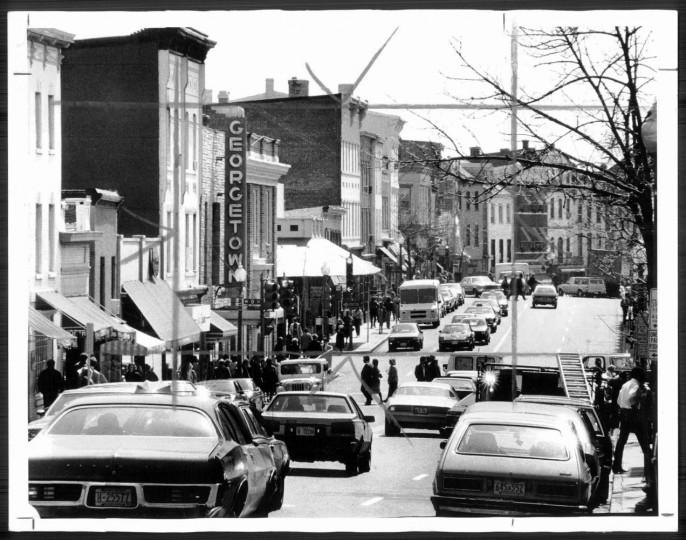 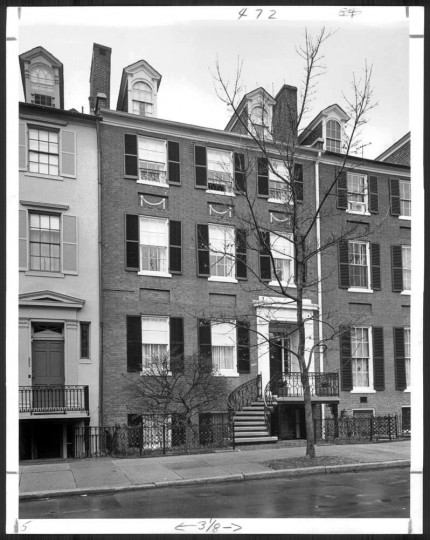 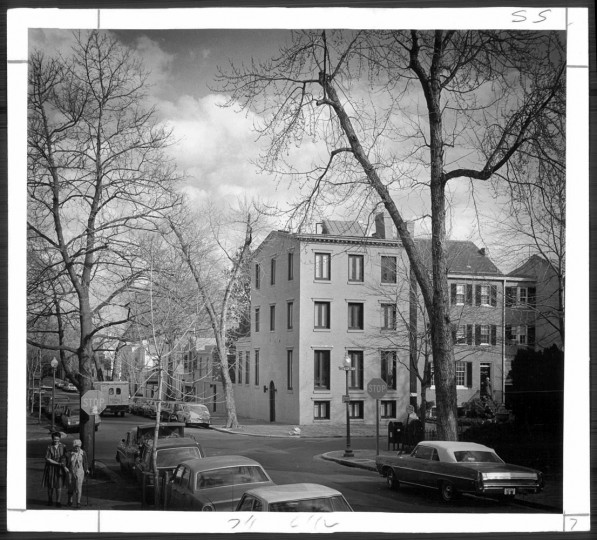 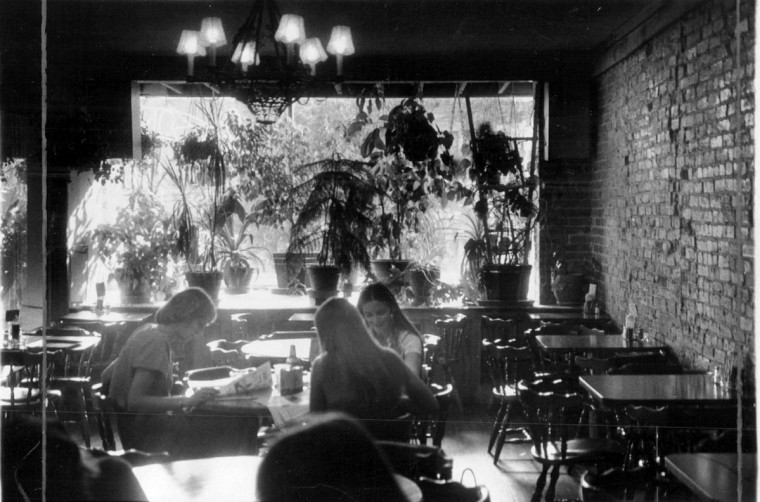 Sept. 8, 1978: The original cutline reads, “There’s more to D.C. than Georgetown — all those trendy ‘G.T.’ bars with ferns and exposed brick walls notwithstanding.” 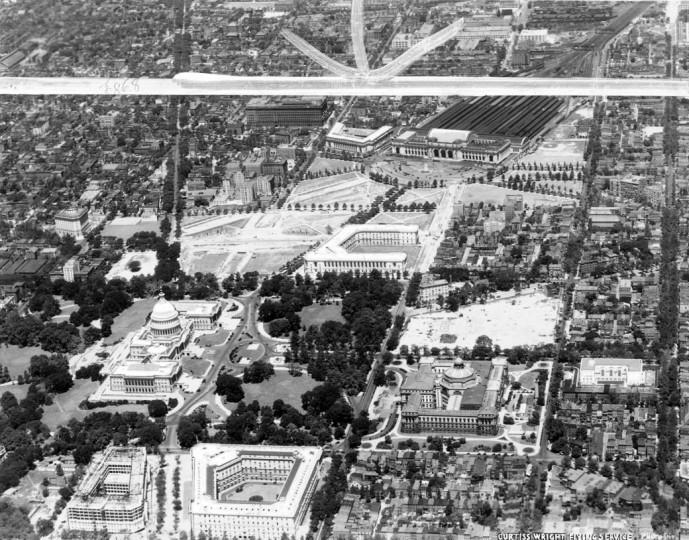 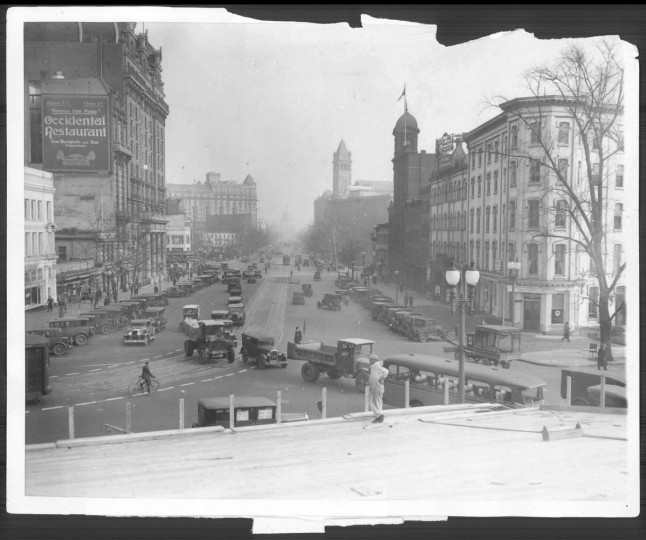 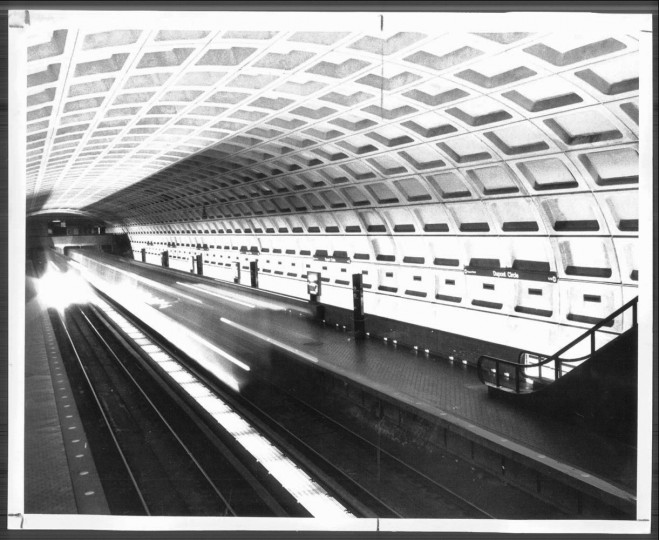 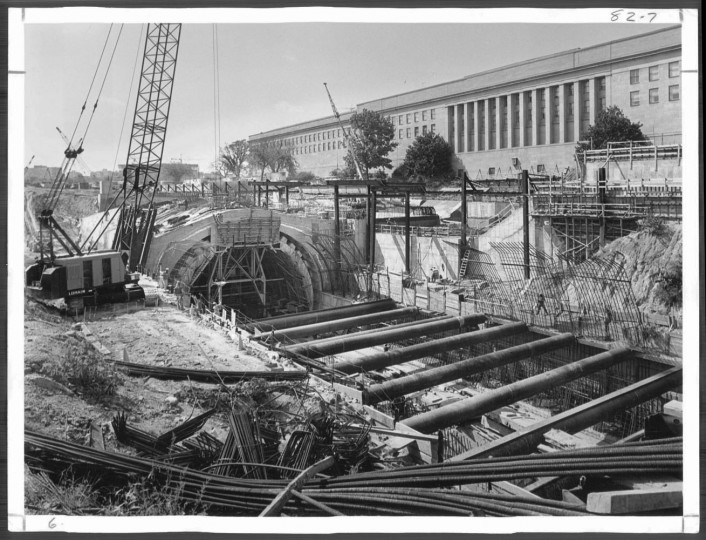 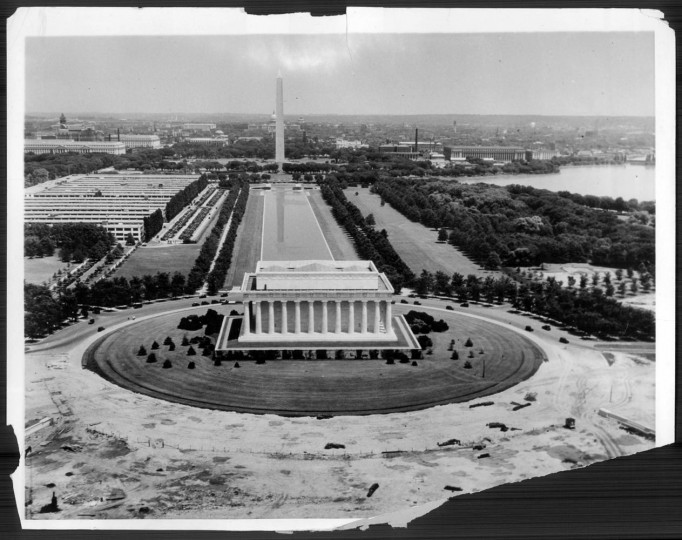 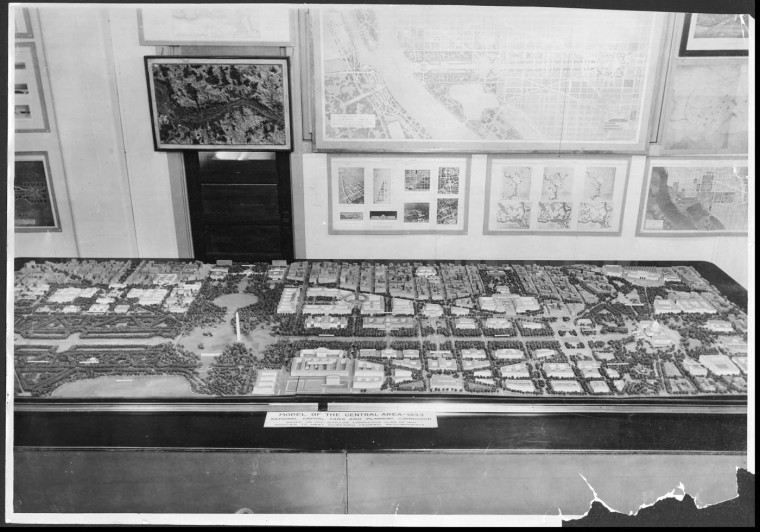 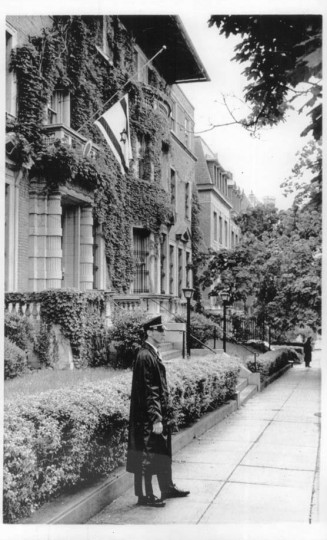 Undated: Outside the Israeli Embassy in D.C. 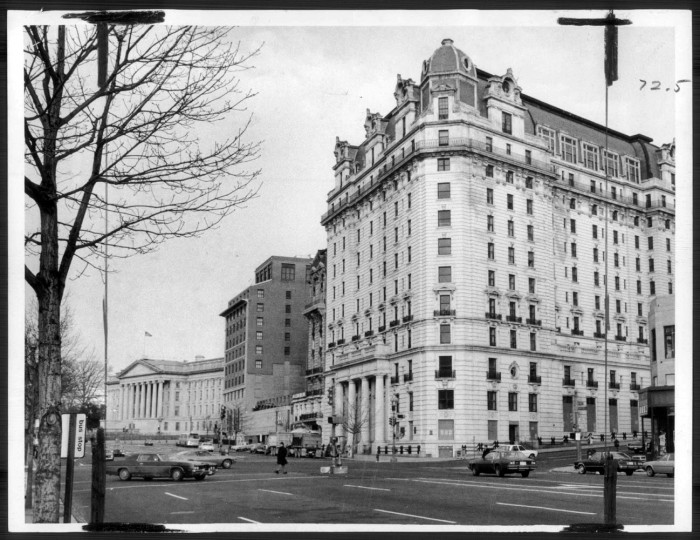 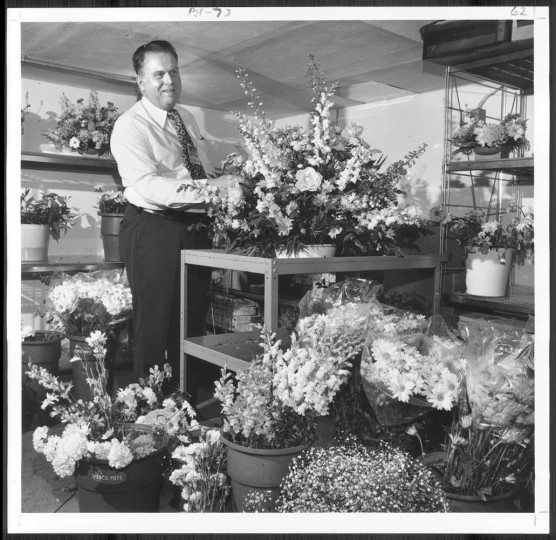 Dec. 17, 1978: The flower room at the White House. Mr. White and his three-man staff prepare an average of 62 arrangements every day, most of which are whisked back to the refriderator to be used again. (Sun photo by William L. Klender) 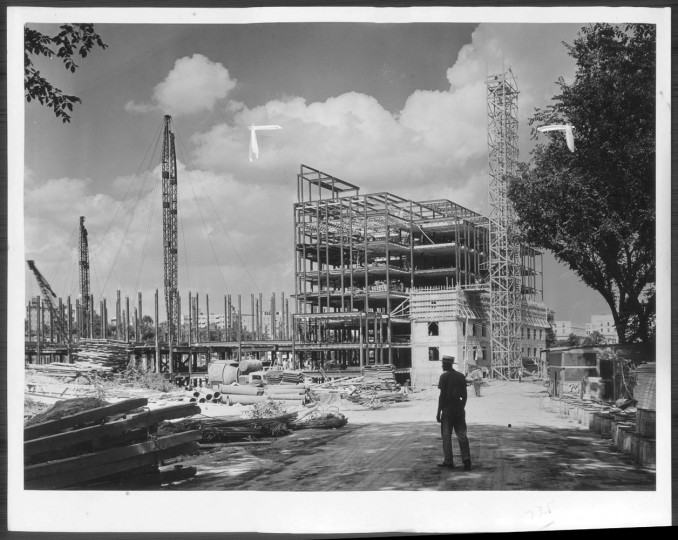 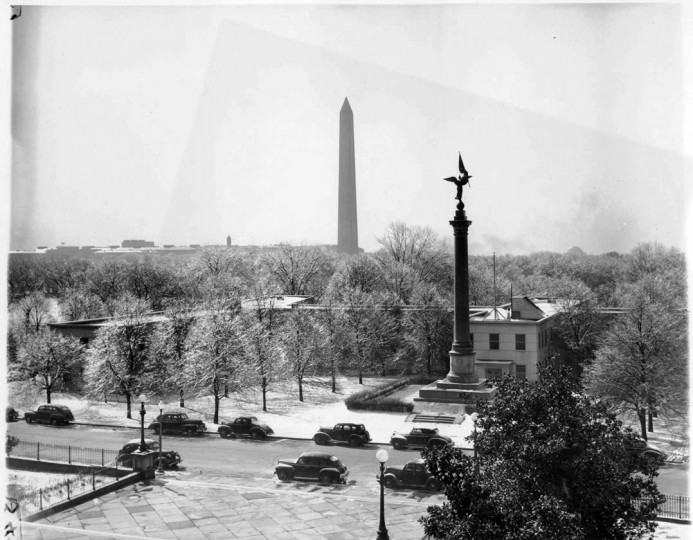 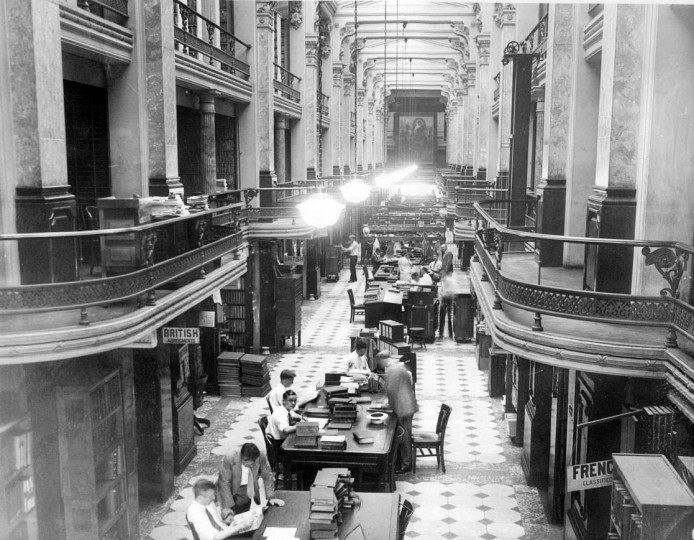 July 25, 1930: When a new record for all times has been established at the US Patent Office, issuing nearly 49,000 patents in the last fiscal year – with automotive and silk industries leading. Here, the interior of the Patent Office, where clerks work. (Underwood and Underwood file photo) 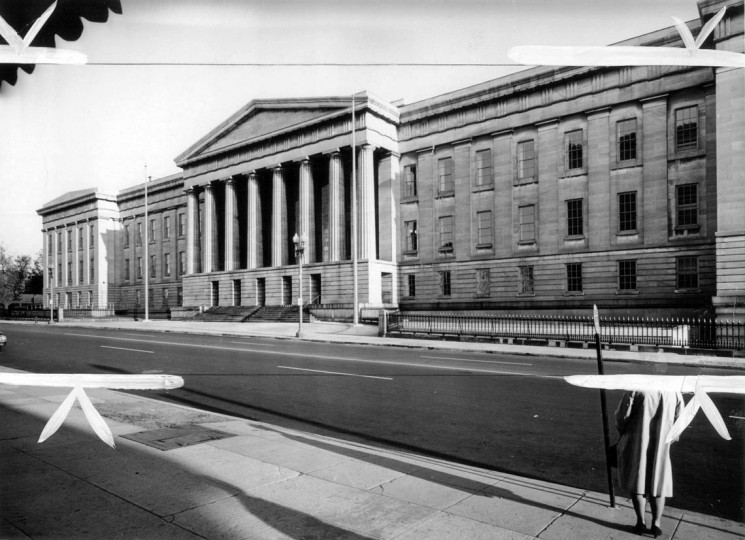 View of the G Street entrance to the Old Patent Office Building, an excellent example of the monumental Greek Revival style of the 1830’s. Photo by Peter Fink. 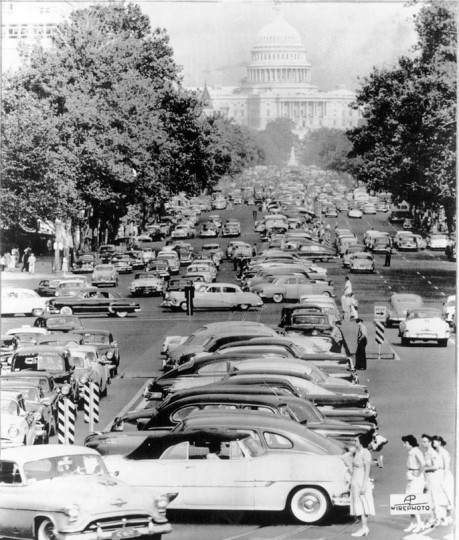 July 2, 1955: Homeward-bound workers, without city bus and trolley service because of a transit strike, jam Pennsylvania Avenye with cars. (AP) 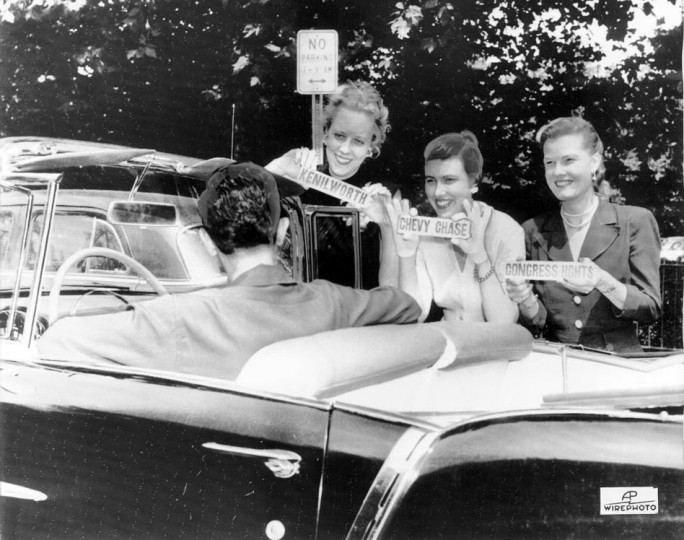 July 2, 1955: “Government girls” holding home direction signs, try their luck with a motorists for a free ride during the transit strike which tied up city bus and trolley services. (AP) 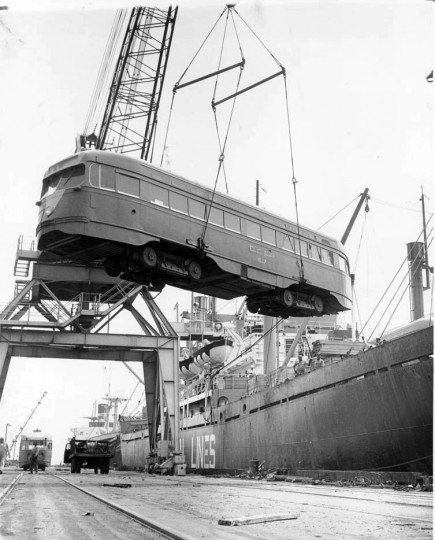 July 2, 1963: Eight street cars formerly used in the Washington transit system were loaded aboard a ship to send to Spain. (Sunpapers file photo by Ellis Malashuk) 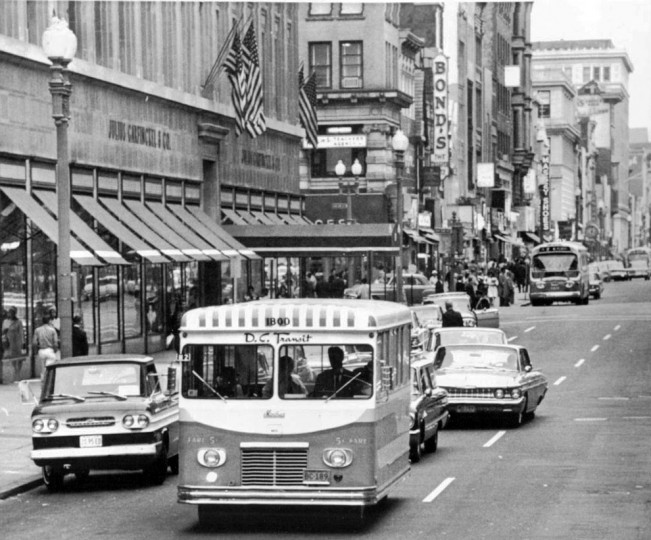 Nov. 4, 1963: One of the few things a nickle would buy: A ride on D.C. Transit’s new Minibus, shown on one of its inaugural runs through the business district in the capital. (AP) 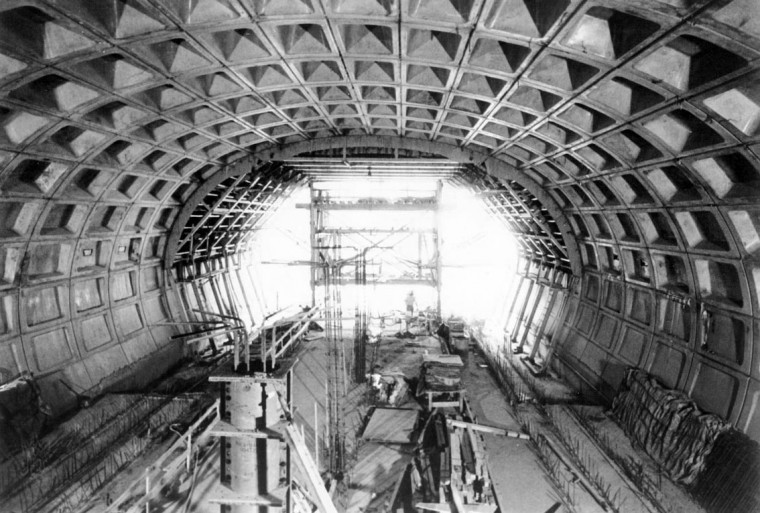 Sept 14, 1973: Honey-comed, concrete forms provide support for this station on the Washington Metro System. The wall design uses orderly recessed panels, with the depth of recession progressing from only inches at the floor to about two feet at the top of the arch. (Sun file photo)

« Gearing up for Carnival in Rio de Janeiro, Brazil » The natural wonders of Iceland