From the vault: Mardi Gras

Every year since the 1800’s, revelers have flocked to New Orleans to celebrate Mardi Gras. Many historians believe that the first American Mardi Gras took place on March 3, 1699 when French explorers landed in what is now Louisiana. They held a small celebration and dubbed the spot Point du Mardi Gras.

Parades with floats, marching bands and party-goers throwing beads, wearing masks and eating King Cake are all part of the ongoing tradition of Mardi Gras. Browse through archive photos dating back to the 1940s to see how the celebration has evolved. 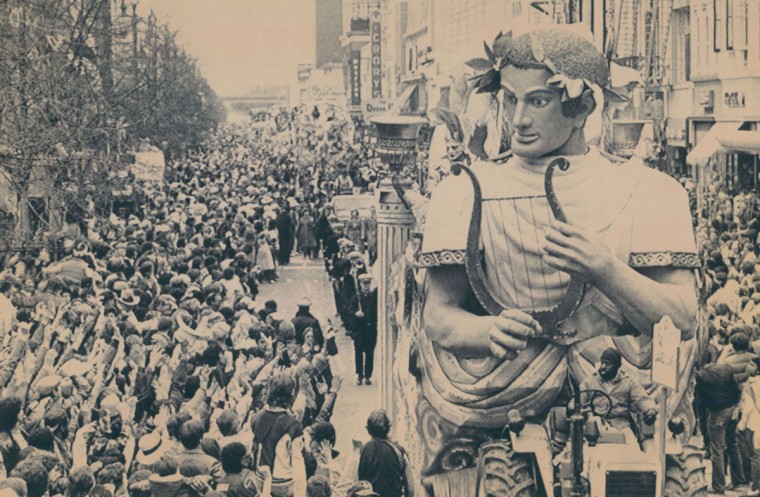 One of the floats in the Rex parade moves slowly down Canal Street in New Orleans on March 6, 1984. Rex, on of the last parades of the season, toured the streets to the cheers of thousands of visitors. (Bill Haber/AP Laserphoto) 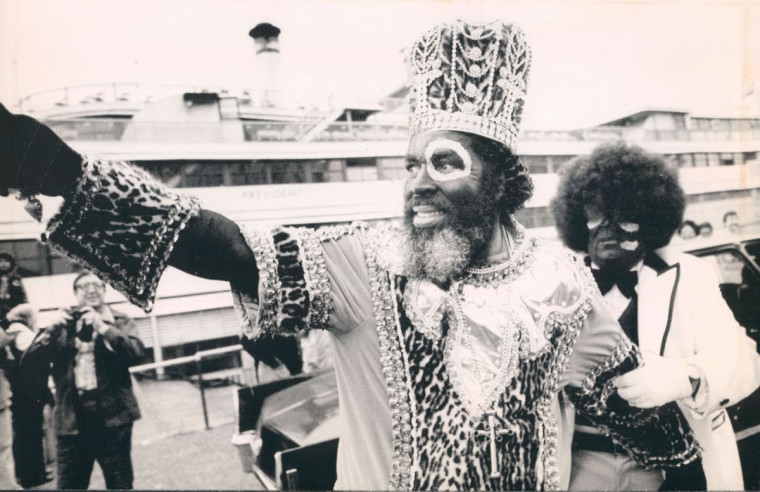 Carnival King Zulu has an aide tug at his arm to get him started in the right direction as he began his reign on Tuesday, March 2, 1976 in New Orleans. Behing the royal makeup is Rev. Lawler P. Daniels who srated his day with a river cruise (AP Wirephoto) 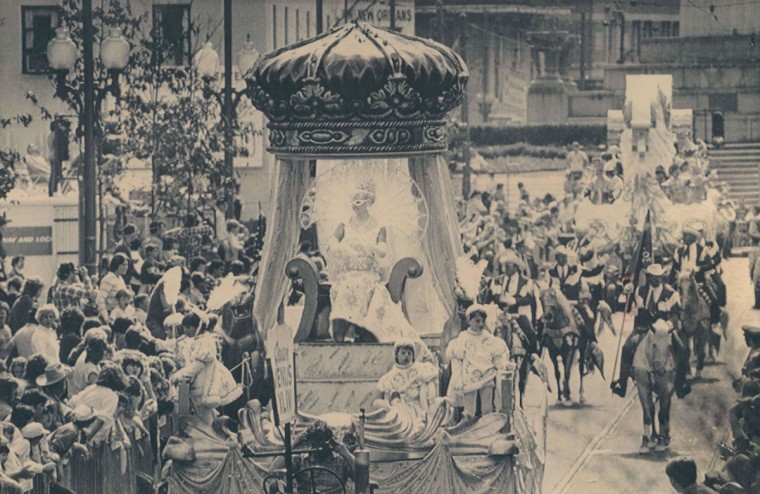 The Queen of Venus leads her parade through the streets of New Orleans on February 17, 1985. With cool temperatures and clear skies the parade routes were jammed with people helping to celebrate the carnival season. (Bill Haber/AP Laserphoto) 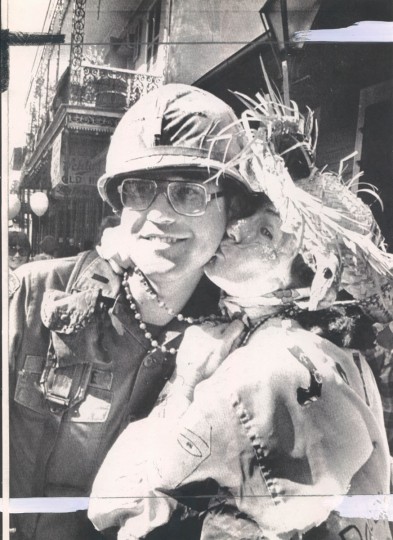 National Guardsman is given some beads and a kiss from a Mardi Gras reveler during the celebration on Bourbon Street on February 27, 1979. The National Guard patrolled the French Quarter since the police remained on strike. (Pat Benic/UPI) 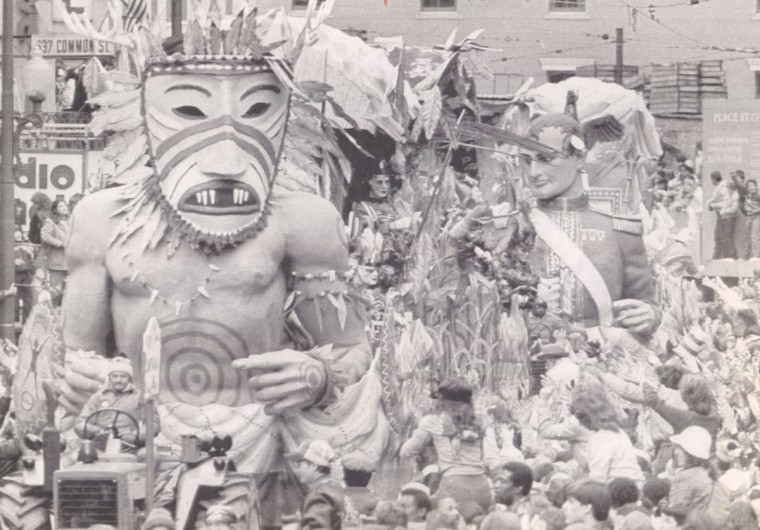 A giant figure with a mask dominates a float in the Krewe of Rex parade at Mardi Gras on March 6, 1984. Hundreds of thousands of revelers packed the streets of New Orleans despite dreary cold weather for the annual Fat Tuesday celebration. (Jerry Lodriguss/UPI) 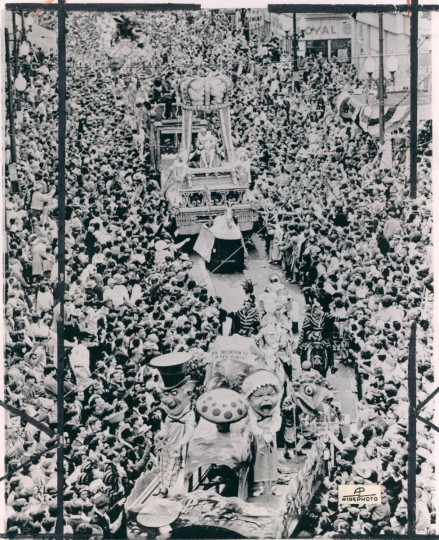 An estimated million people lined the streets of New Orlenas on February 22, 1966 to greet Rex, King of Carnival, during Mardi Gras festivities. This is how the Rex procession looked winding down St. Charles Street. (AP Wirephoto) 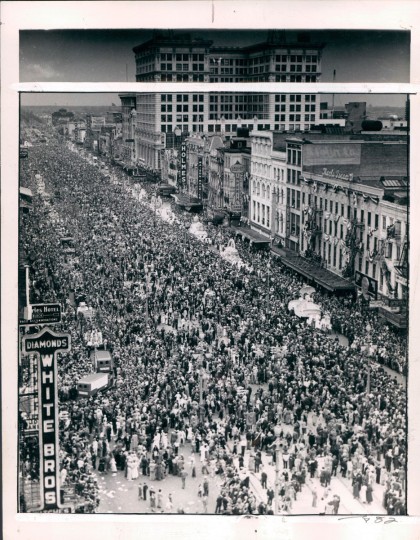 Original cutline: “Victory over the axis restored a beloved monarch to New Orleans, Rex, Lord of Misrule, son of Old King Cole and Terpischore. The Monarch of Mardi Gras will parade this year for the first time since 1941, when he abdicated in favor of Mars. Here, in the celebration of a past Mardi Gras, hundred of those of subjects cheer the kind of Mardi Gras leading his triumphal parade along New Orleans’ Canal Street. (AP Photo, 1945) 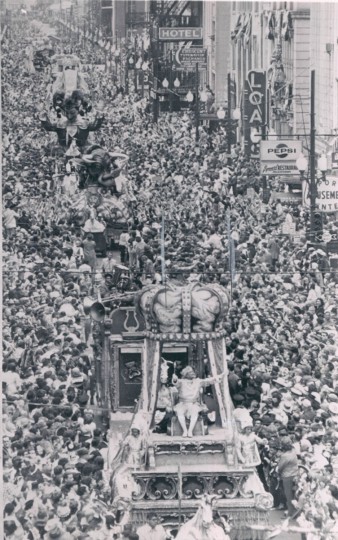 At least a million spectators lined the streets of New Orleans on March 2, 1965 to hail Rex, King of Carnival, as he passed during Mardi Gras celebrations. Rex is riding the float in the foreground. (AP Wirephoto) 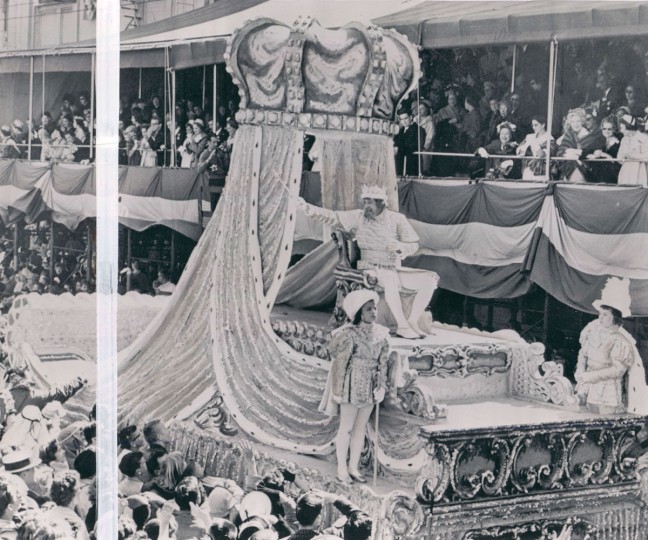 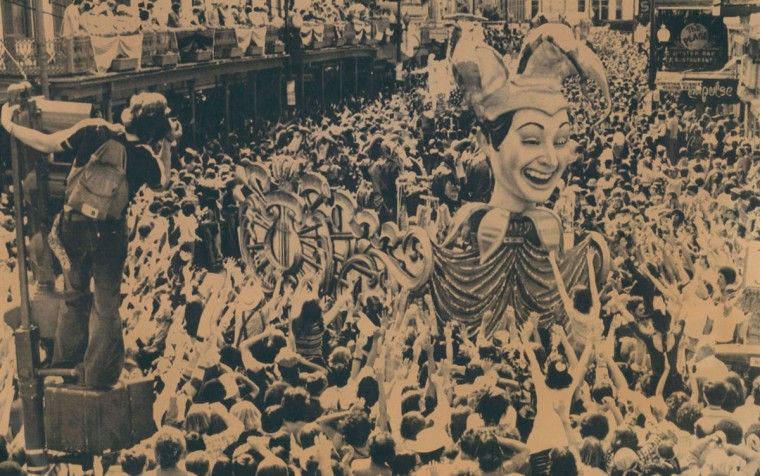 The procession of Rex, king of carnival, turns onto Canal Street in New Orleans amid hundred of thousand who filled the streets. One picture taker has a perfect perch on a traffic light pole to make his Mardi Gras snaps. (AP Wirephoto, 1977) 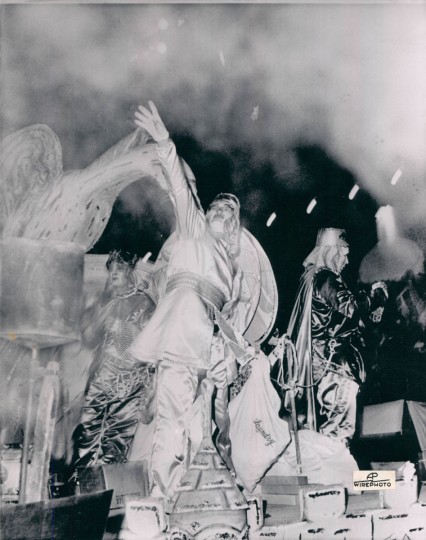 Original cutline: “The carnival float appears to be something from Hades with the eerie cloud of smoke around the revelers in the Krewe or Momus parade. Actually the smoke was created by flaming torches lighting the way for this typical Mardi Gras scene in New Orleans. And the bag the reveler is holding contains trinkets for the crowd not laundry, as labeled.” (AP Wirephoto, 1966) 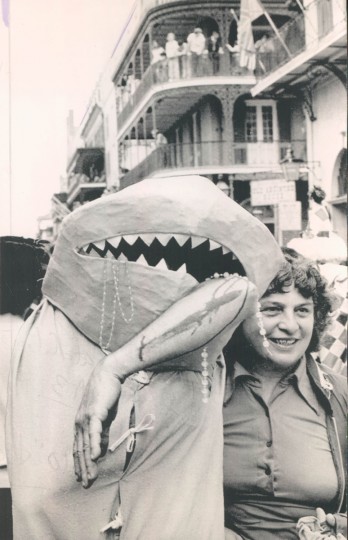 This carnival goer attracted a lot of sharp glances as he made his way down Bourbon Street in the New Orleans French Quarter on Tuesday, March 3, 1976 during the annual Mardi Gras celebration. (AP Wirephoto) 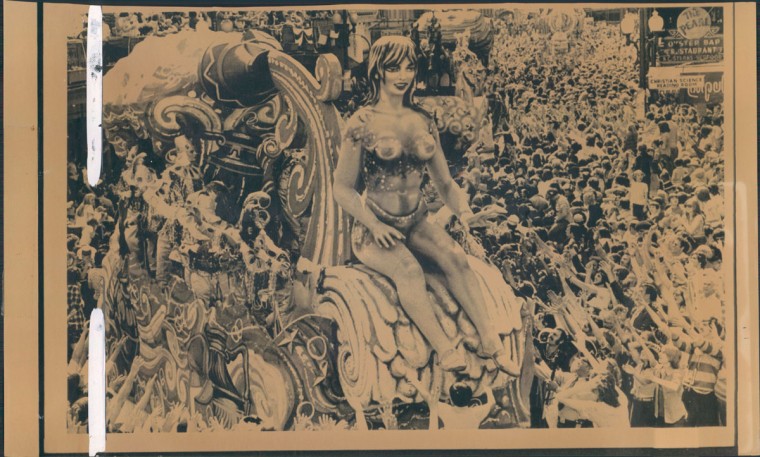 A giant painted lady sits atop a carnival float making its way onto Canal Street iN New Orleans on February 23, 1977. At least a million people crowded the streets to do their part for the Fat Tuesday celebration (AP Wirephoto) 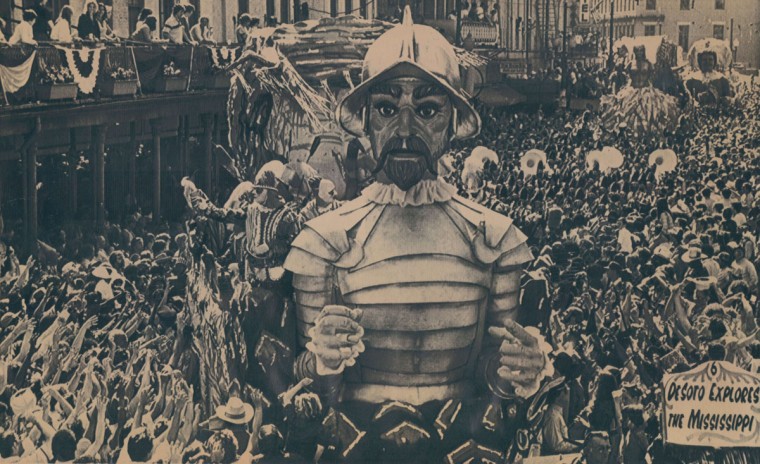 The float of Desoto the explorer rides over a sea of Mardi Gras revelers on St. Charles in New Orleans in this February, 1982 file photo. (AP Laserphoto) 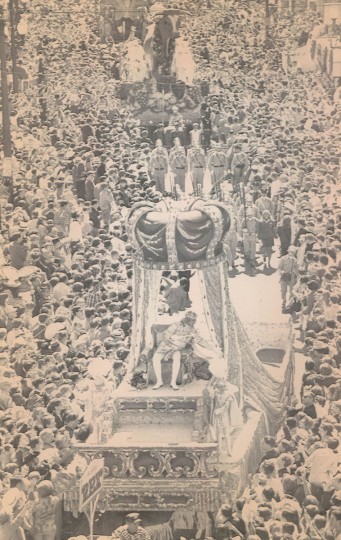 Rex, The King of Carnival, greets hundreds of thousands of spectators that jammed the streets of New Orleans on Tuesday, February 27, 1968 during the annual Mardi Gras celebration. The 25-float procession was the highlight of the full day of festivities. (AP Wirephoto) 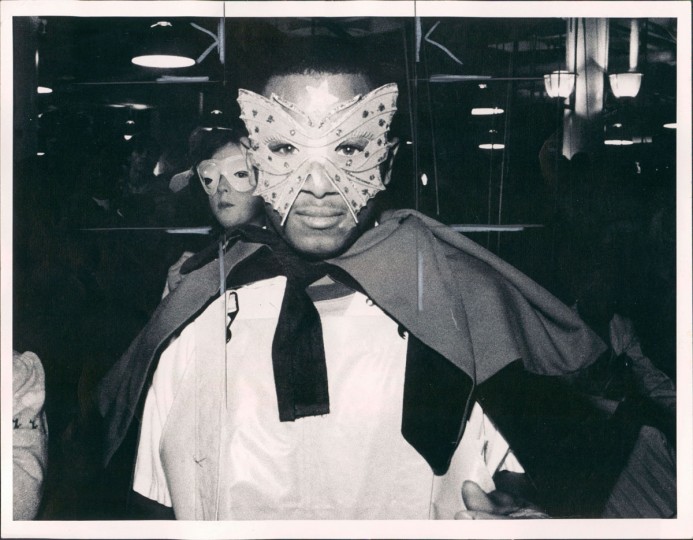 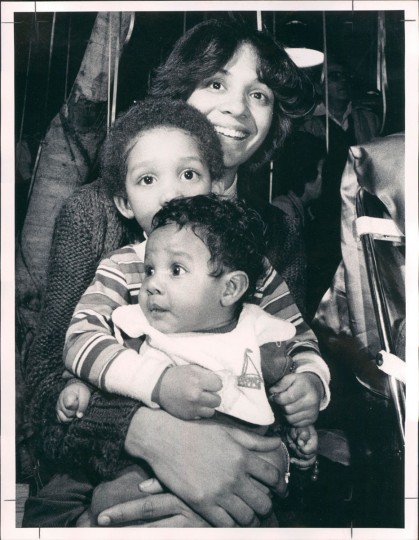 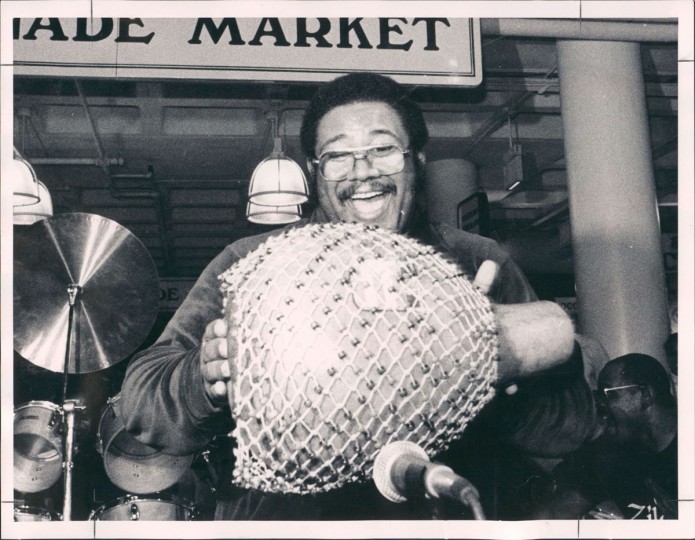 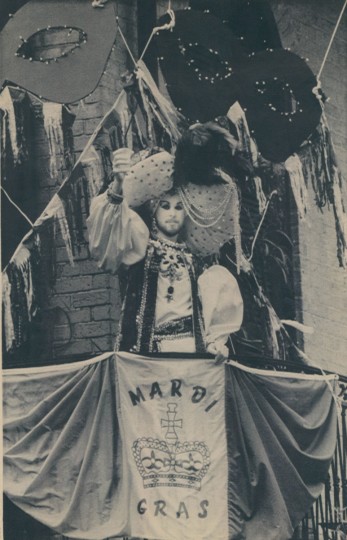 A carnival masker toasts the crowd from a New Orleans French Quarter balcony Tuesday, February 19, 1985. With an estimated million people jammed into the city a balcony is a great place to view the Mardi Gras festivities. (Bill Haber/AP Laserphoto) 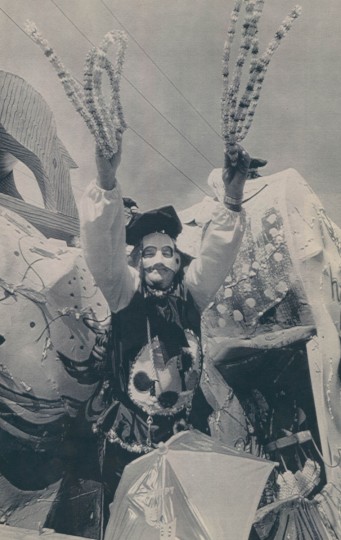 A masked rider in the Carrollton parade tosses beads from his float on Sunday, January 29, 1989 in New Orleans. (Burt Steel/AP Laserphoto) 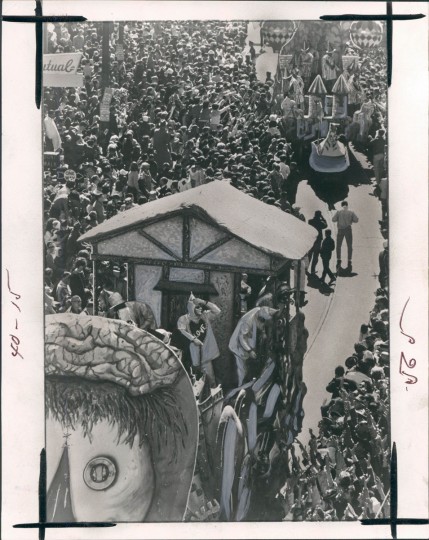 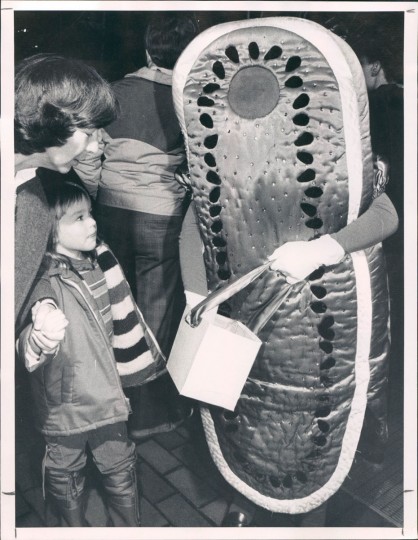 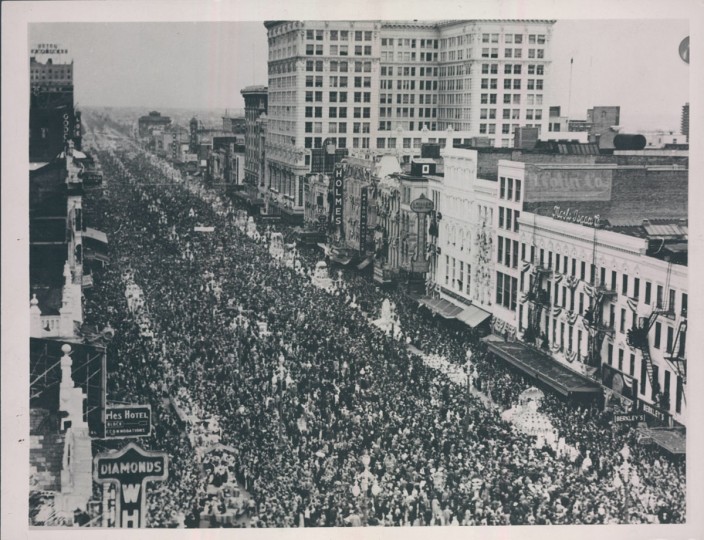 Original cutline: “A view of crowd-packed Canal Street during the parade of floats on February 9, 1937, when half of a million celebrants cast aside their everyday cares and turned out to observe the century-old Mardi Gras. The chief interest of teh merry-making throng centered around the float of Rex, Lord of Misrule and king of the whole carnival.” (World Wide Photo) 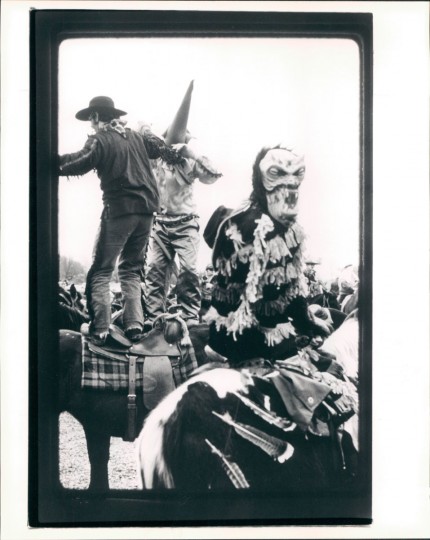 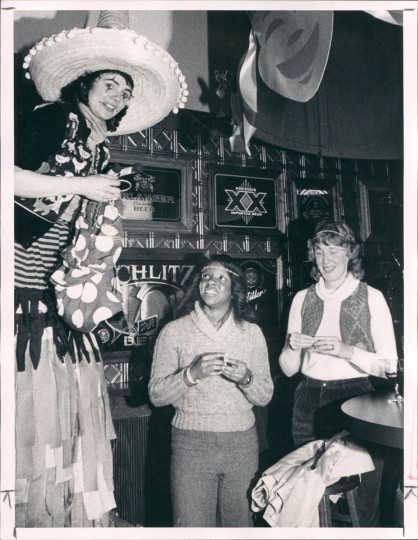 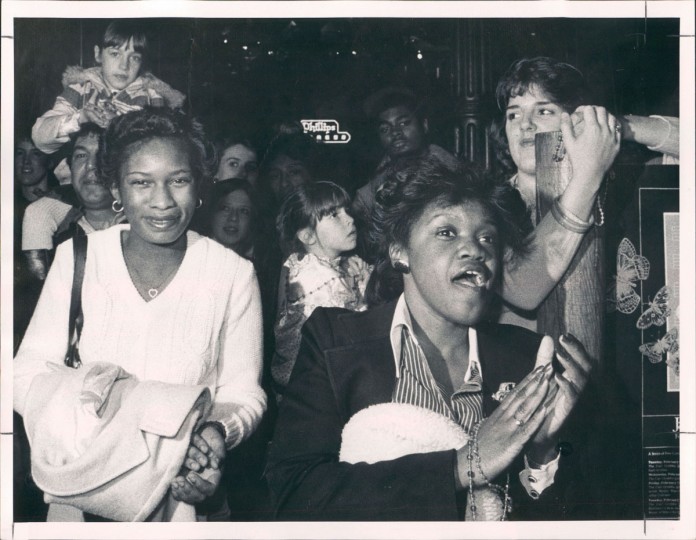