From the vault: Along the Jones Falls and the early days of the expressway

In 1909, The Sun described the perception of the falls as, “crooked as a ram’s horn, erratic in its behavior and dirty, it is intimately connected with the city’s history and it will probably be in existence when the city itself is dead and forgotten. 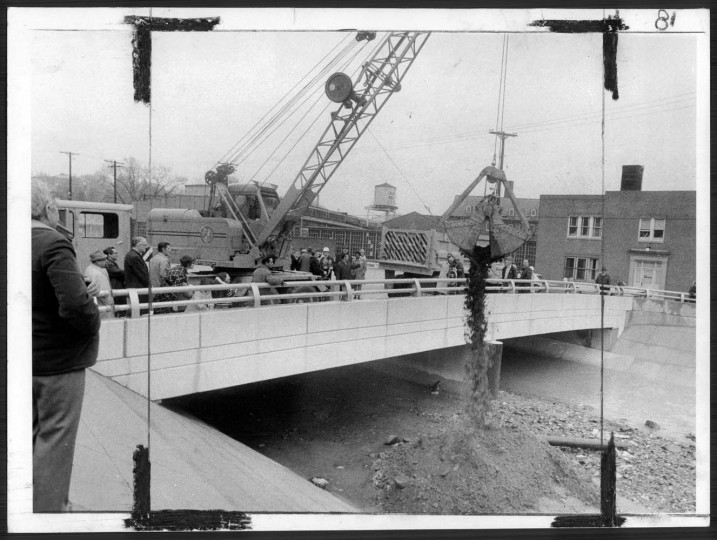 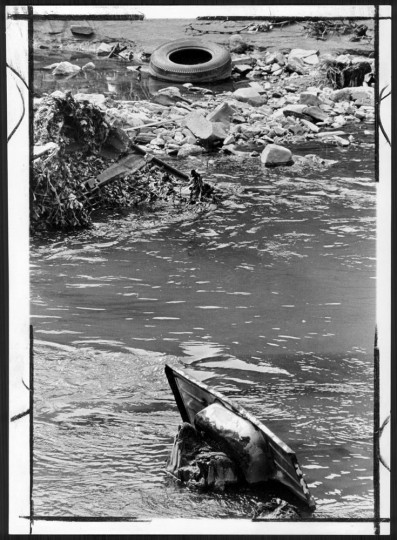 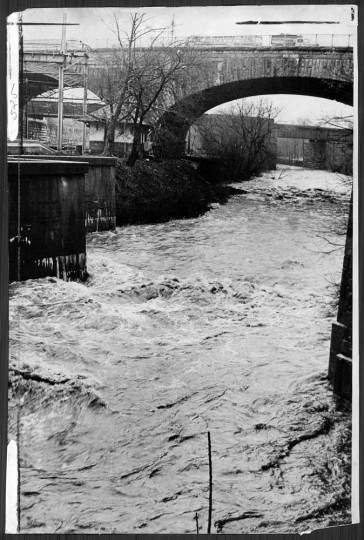 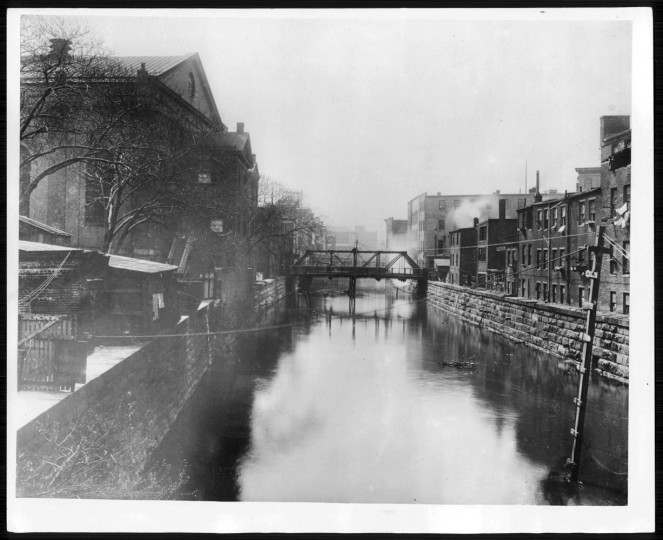 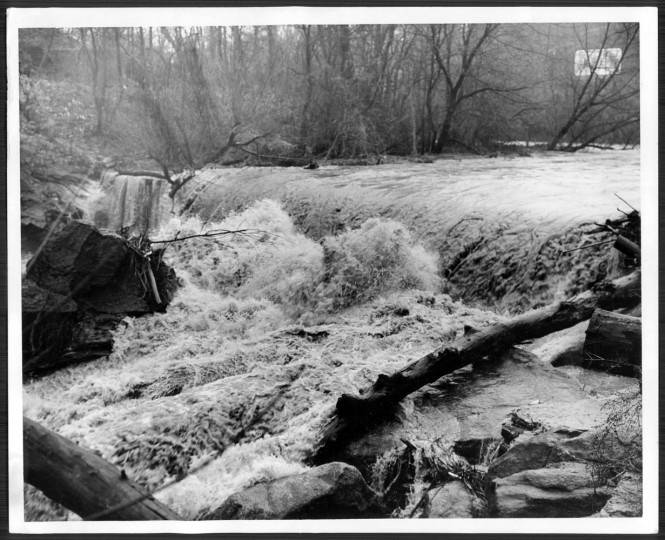 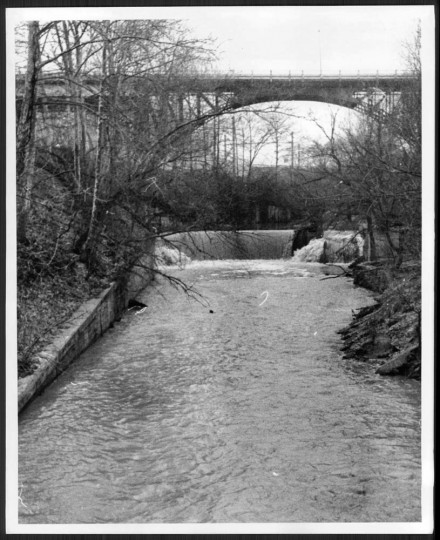 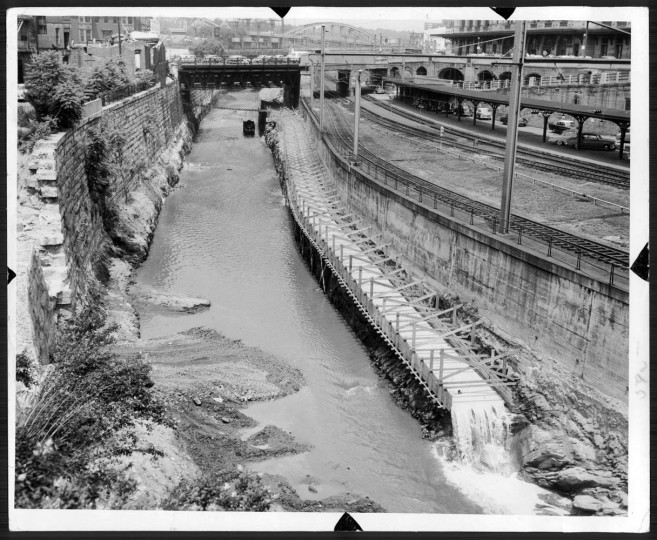 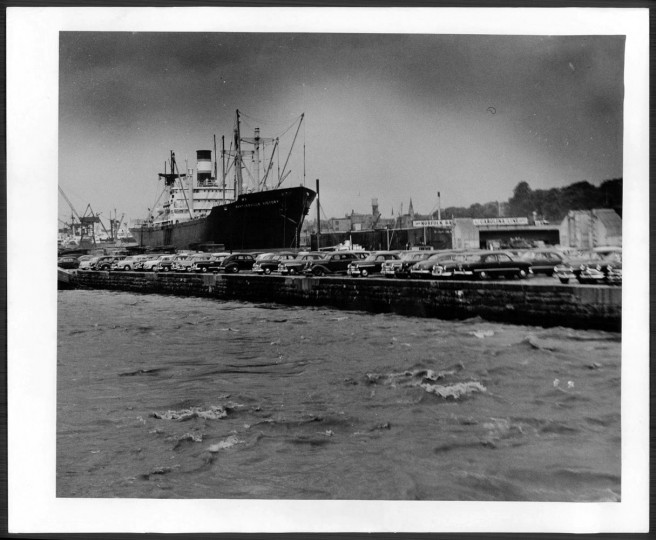 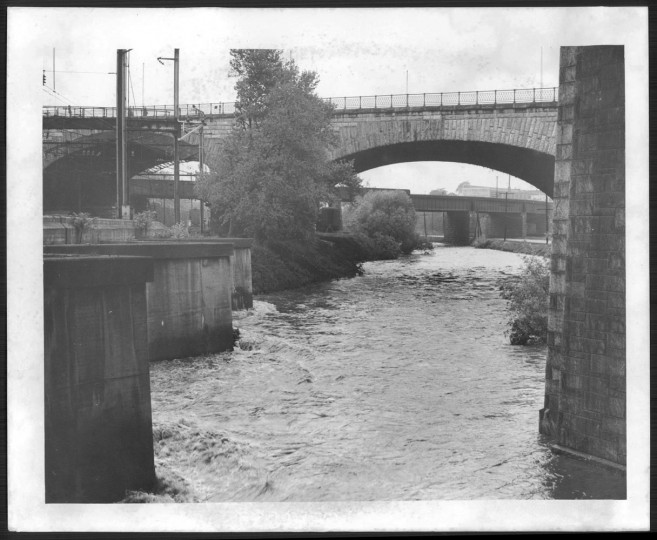 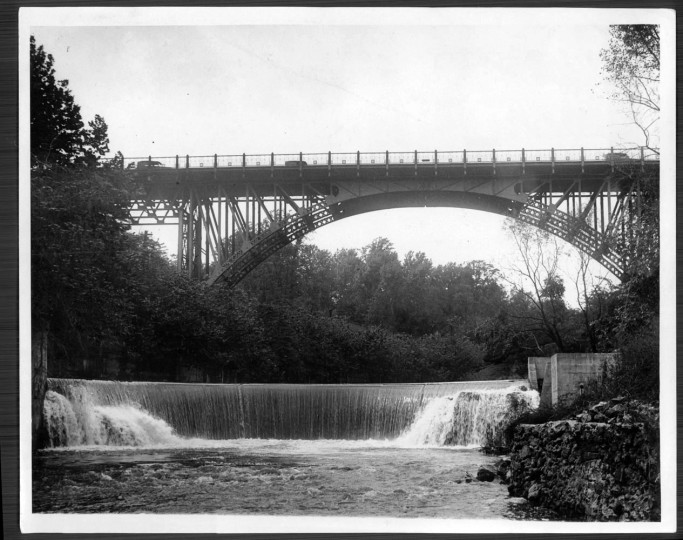 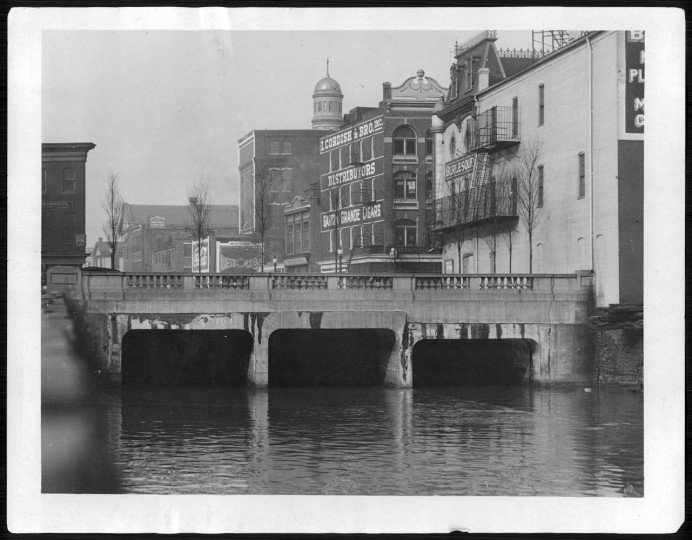 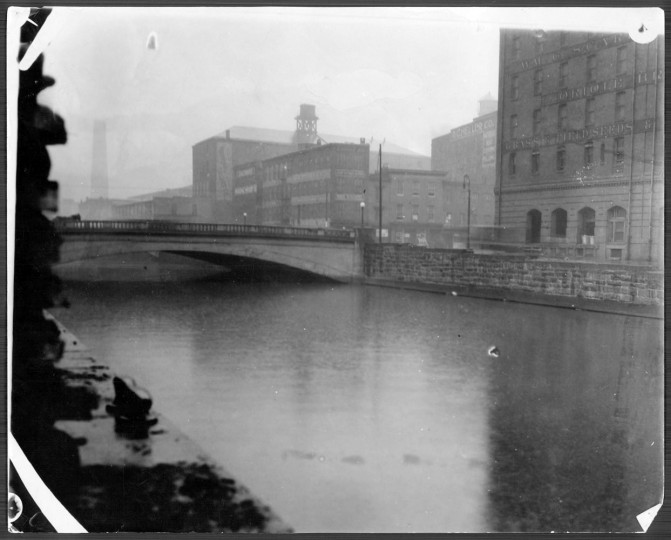 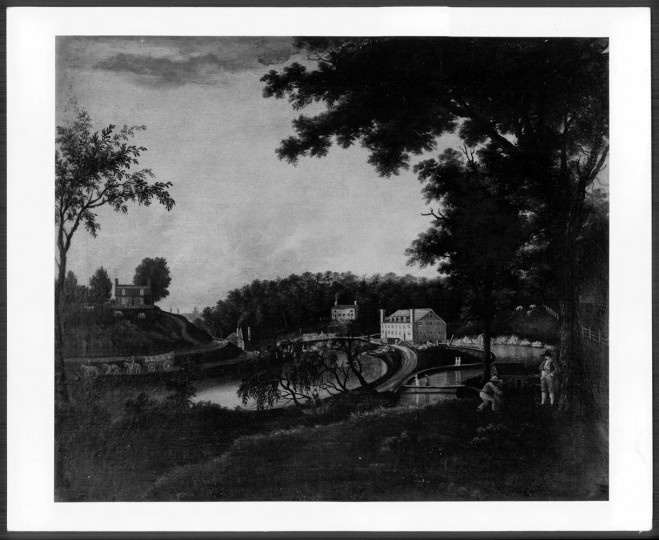 Looking south from Preston in the 1840’s. (Sun file photo) 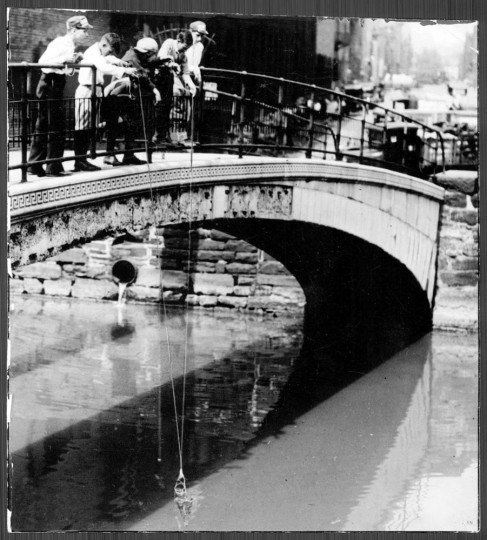 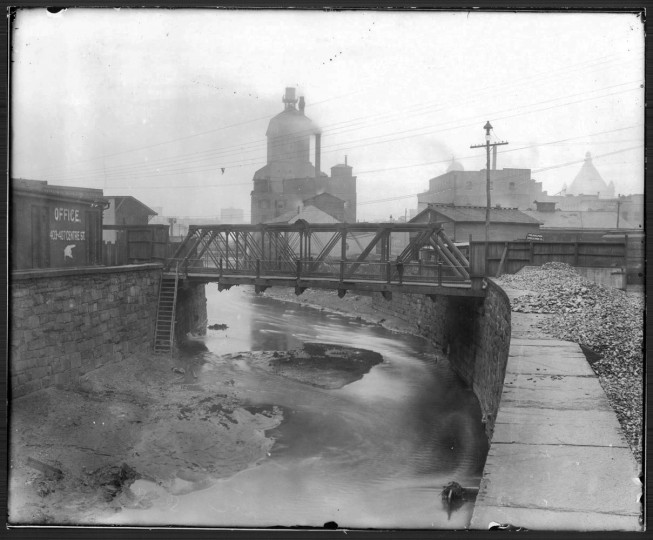 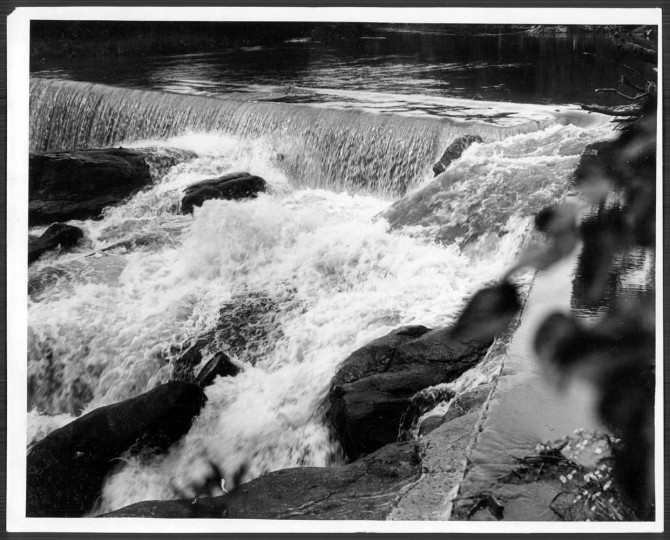 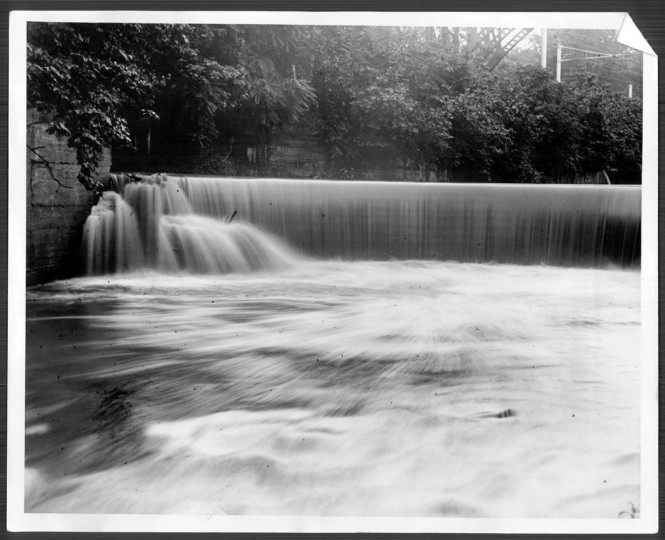 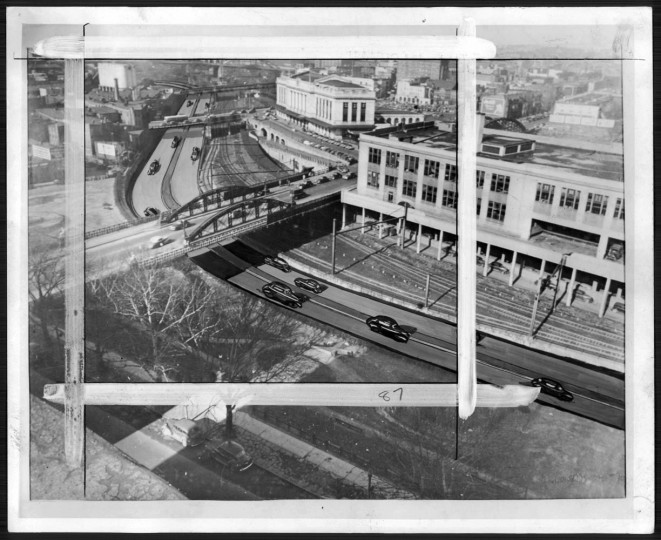 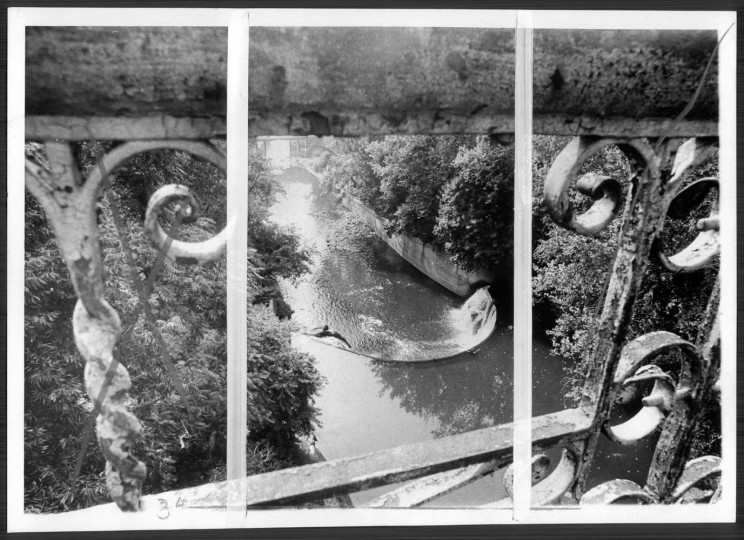 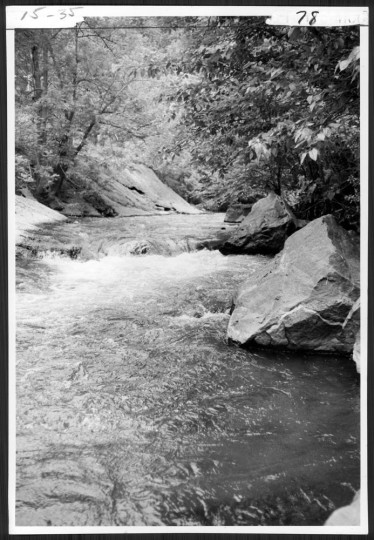 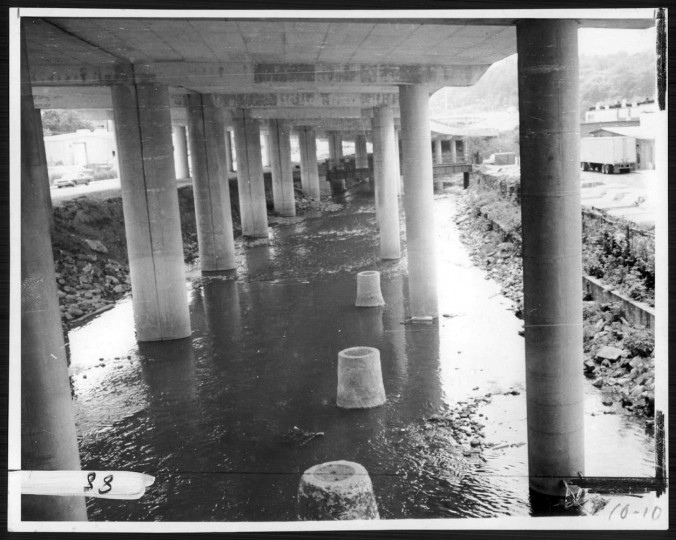 The falls after the expressway intersected the city, June 9, 1972. (Sun file photo)

And briefly put, The Sun wrote in 1910, “the Jones’ falls project is to fill over the stream in its whole unsightly course from Baltimore street to about Union Station and to construct a fine roadway, having a transportation width of 45 feet, sidewalks 15 feet wide for pedestrians and a width over all of 75 feet. It will have an even grade, which means easy hauling from start to finish, and will be of sufficient elevation to do away with all of the bridges now crossing the stream between Baltimore street and the proposed terminus – not counting the Guilford avenue or St. Paul street structures. Some of the intersecting streets were to be lowered or raised slightly to accommodate the new crossing.”

One engineer estimated the whole project to cost no more than $2 million, with $1 million being paid by the Sewerage Commission for stormwater drainage system.

“Think of doing away with the eyesore Jones’ Falls is now and substituting a beautiful, modern boulevard,” the engineer, Calvin Hendricks said. “There is not a city in the country that should not be willing to spend a million dollars to secure the right of way, alone, from the country directly to the heart of the city.” 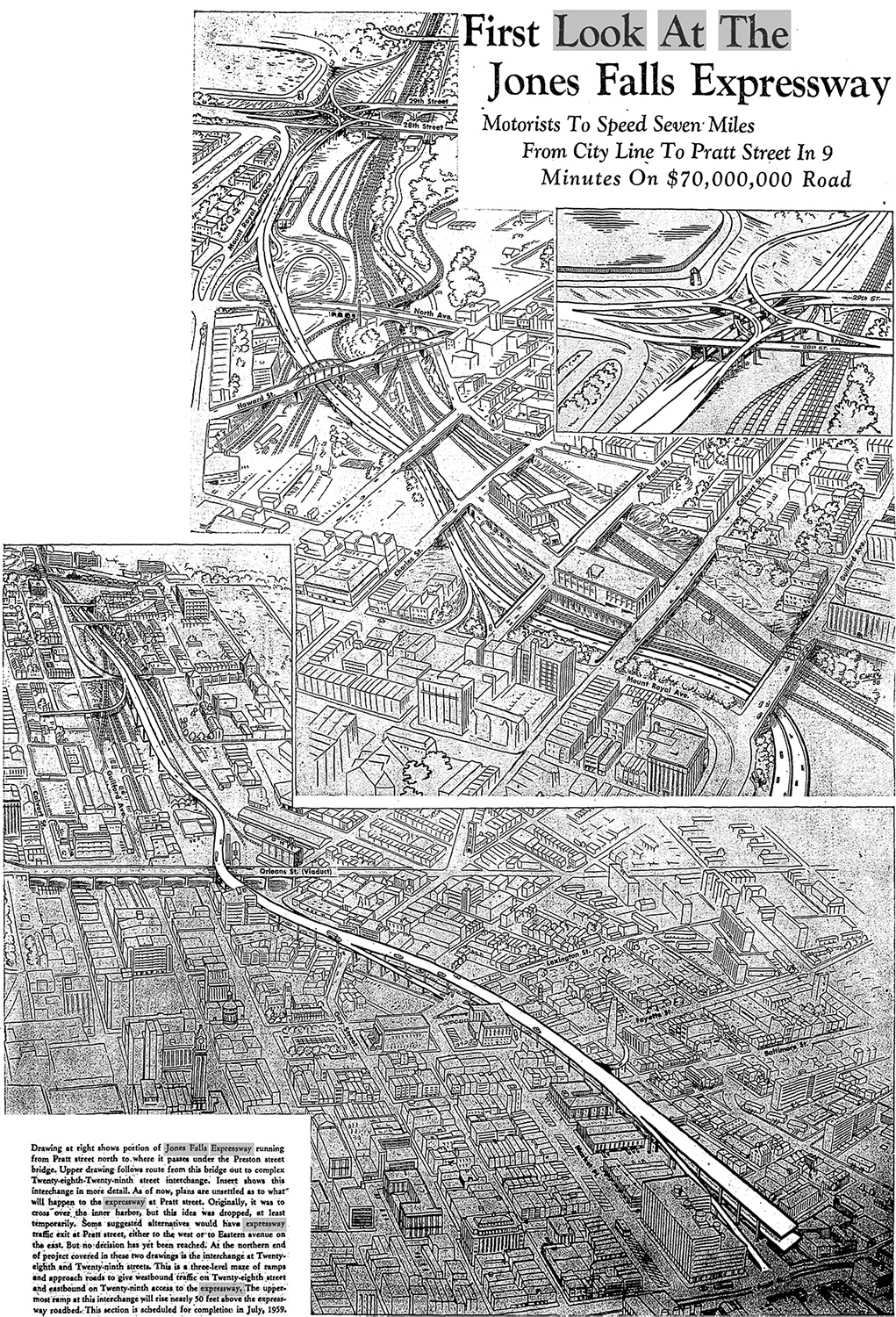 In 1958, a headline and accompanying illustration in The Sun said motorists would be able to travel the 7 miles from the city line to Pratt Street in 9 minutes on the $70,000,000 road.

The first three miles of the expressway finally opened in 1961, and the rest constructed one section at a time.