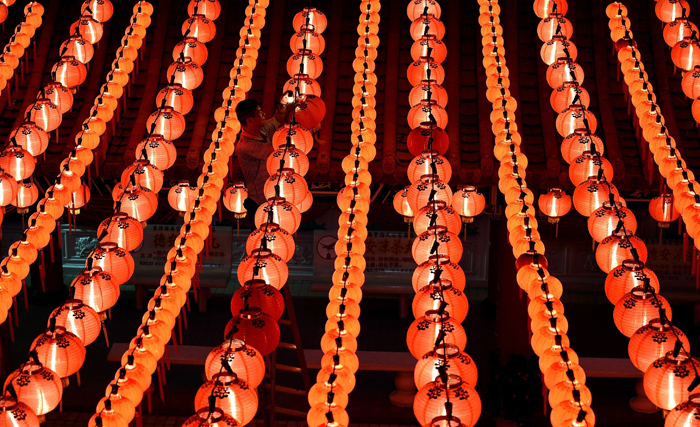 A worker fixes red lanterns ahead of Chinese Lunar New Year celebrations at the Thean Hou Temple in Kuala Lumpur on Tuesday. The Chinese lunar new “year of the sheep” begins on Thursday. (MANAN VATSYAYANA/AFP/Getty Images) 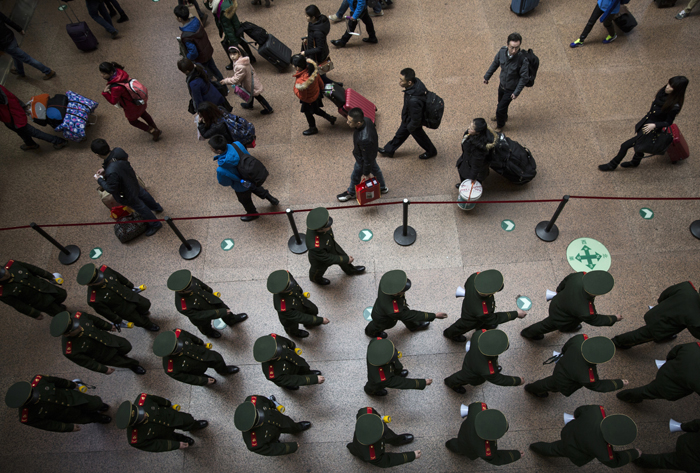 Chinese police officers march past travelers leaving for the Spring Festival at a local railway station on Tuesday in Beijing. Millions of Chinese will travel home to visit families in a mass migration during the Spring Festival holiday period that begins with the Lunar New Year on Thursday. (Kevin Frayer/Getty Images) 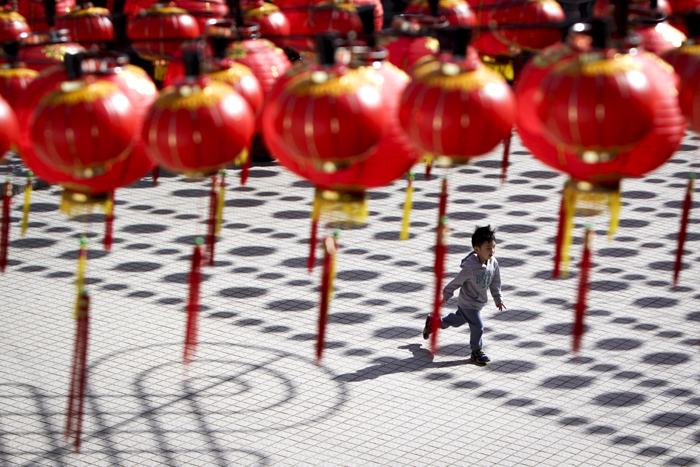 A boy runs at a temple casted with shadows of traditional Chinese lantern decorations ahead of the Chinese Lunar New Year in Kuala Lumpur, Malaysia, on Tuesday. Chinese welcome the Year of Goat on Thursday. (Joshua Paul/AP) 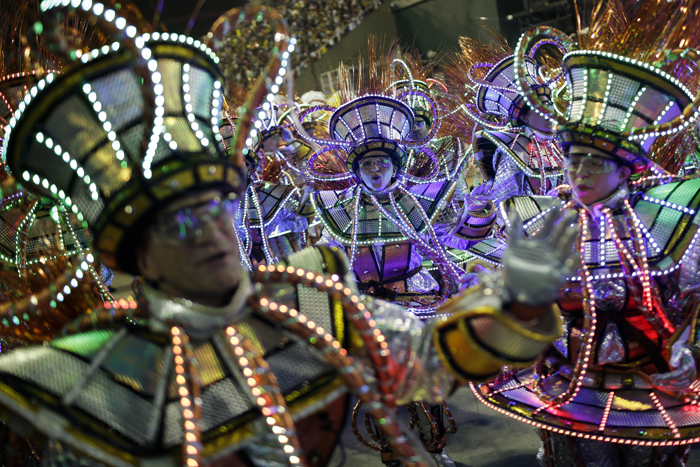 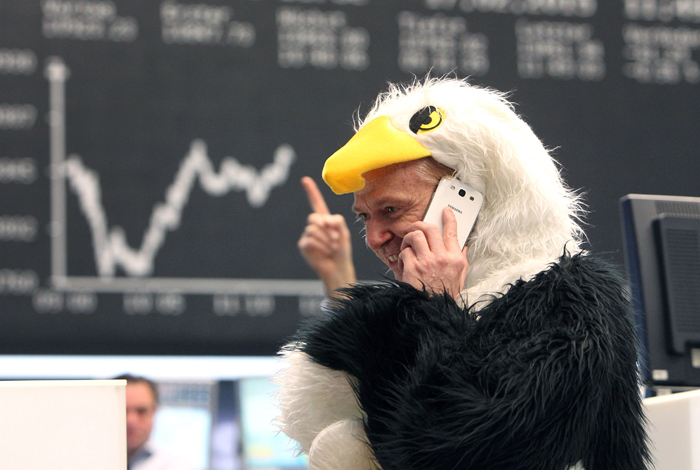 A broker dressed up as a vulture works during carnival at the stock exchange in Frankfurt am Main, central Germany, on Tuesday. (DANIEL ROLAND/AFP/Getty Images) 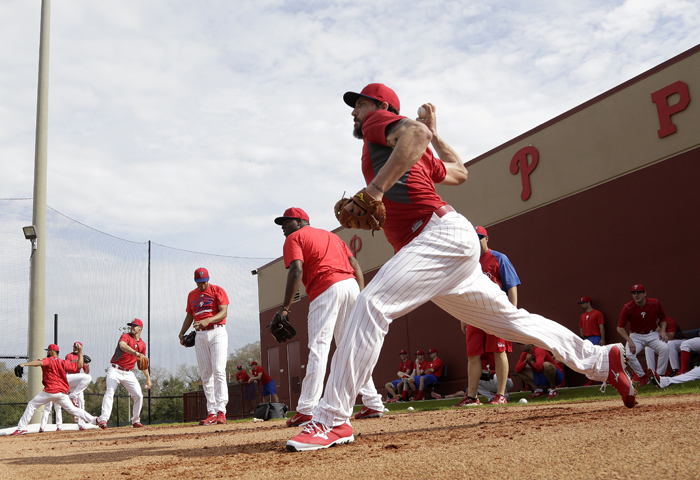 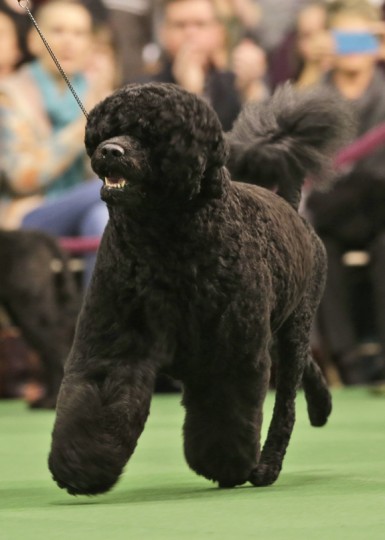 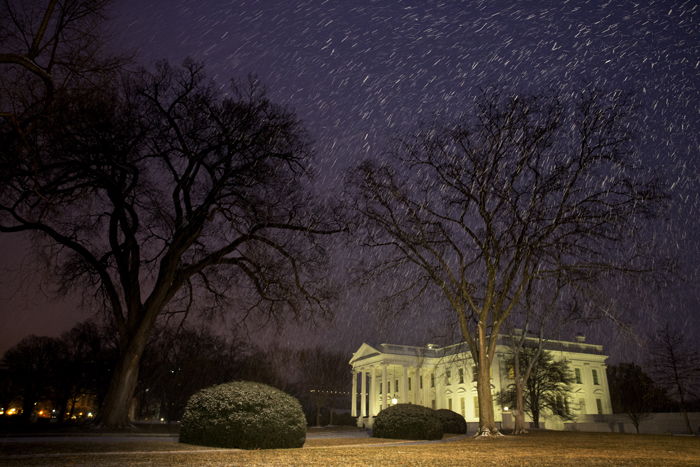 Snow falls at dusk by the White House on Monday. (Jacquelyn Martin/AP) 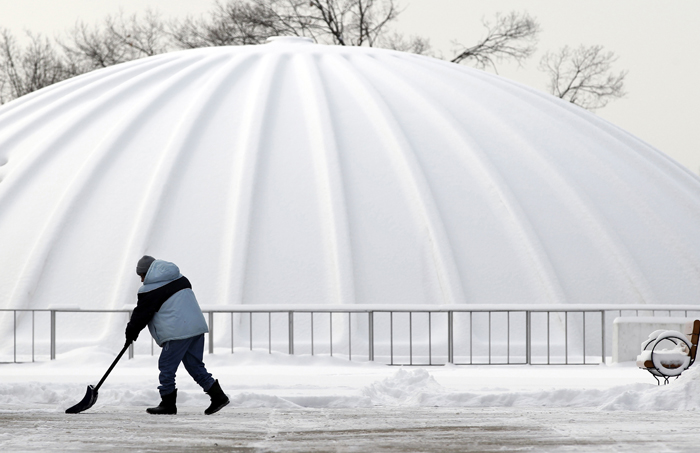 After an overnight storm dropped fresh snow, a worker shovels near the planetarium at the New Jersey State Museum Tuesday in Trenton, N.J. (Mel Evans/AP) 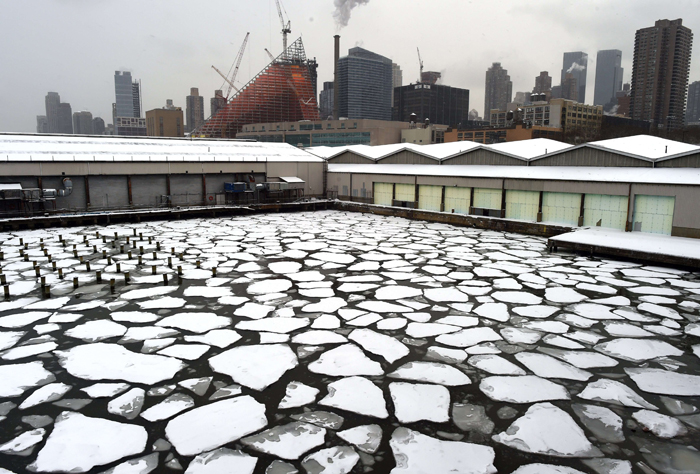 Snow-covered ice is seen on the Hudson River outside of Pier 92 and 94 in New York City on Tuesday. (TIMOTHY A. CLARY/AFP/Getty Images) 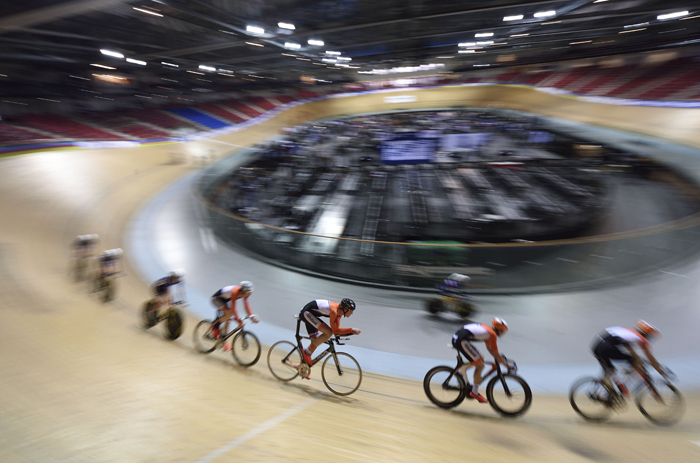 Netherland cyclists train on the eve of the opening of the Track Cycling World Championships in Saint-Quentin-en-Yvelines, outside Paris, on Tuesday. (ERIC FEFERBERG/AFP/Getty Images) 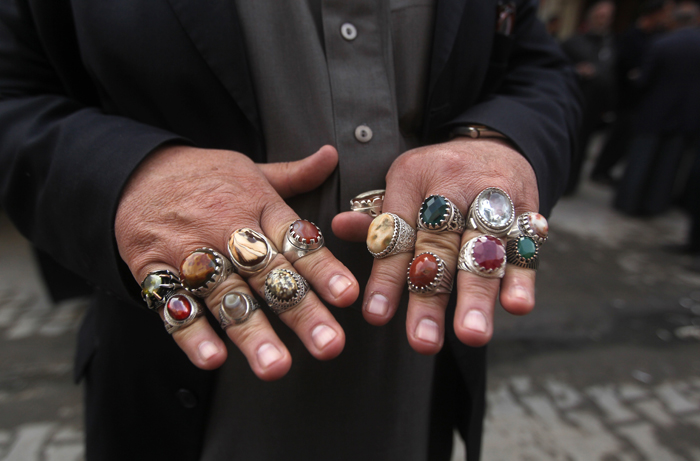 An Iraqi man displays rings for sale at an antiques market in the capital Baghdad on Tuesday. (AHMAD AL-RUBAYE/AFP/Getty Images) 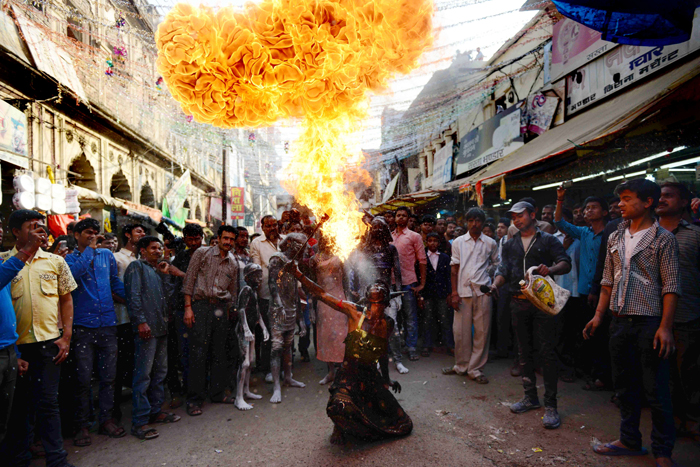 An Indian Hindu devotee demonstrates his fire skills during a religious procession to mark the Hindu festival of Maha Shivratri in Allahabad on Tuesday. Hindus mark the Maha Shivaratri festival by offering special prayers and fasting to worship Lord Shiva. (Sanjay Kanojia/AFP/Getty Images) 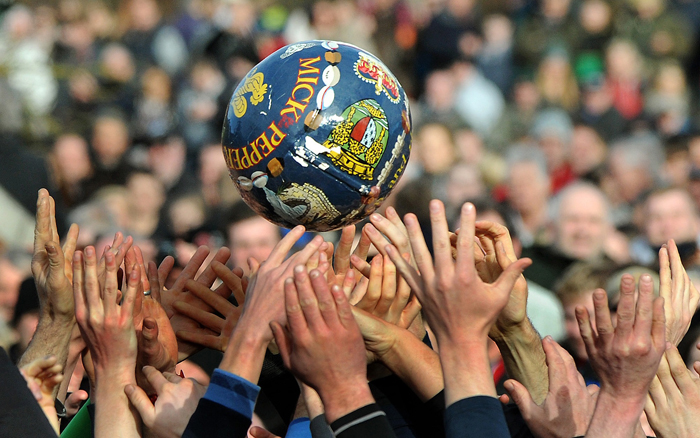 The Up’Ards and the Down’Ards fight for the ball during the first day of the Royal Shrovetide Football match in Ashbourne, Derbyshire England, on Tuesday. The Royal Shrovetide Football match, played over two days, occurs annually on Shrove Tuesday and Ash Wednesday in the town of Ashbourne. Hundreds of participants battle it out in a “no rules” game, where the aim is to get a ball into one of two goals that are positioned three miles apart at either end of Ashbourne. (Rui Vieira/AP) 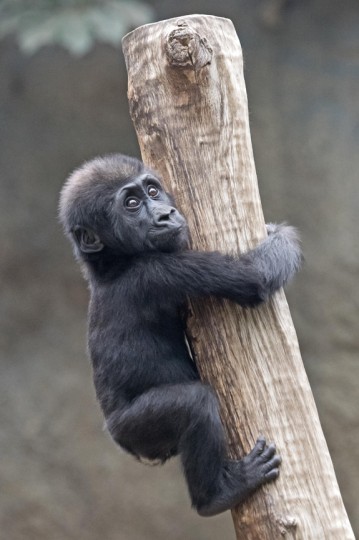