Skaters From Pigtown, homemade ramps, and the fight for Baltimore’s first skatepark

Skateboarding on James and Ostend streets in Pigtown wasn’t exactly safe, but there was no choice: In 2000, Baltimore didn’t have skate parks. Yet. 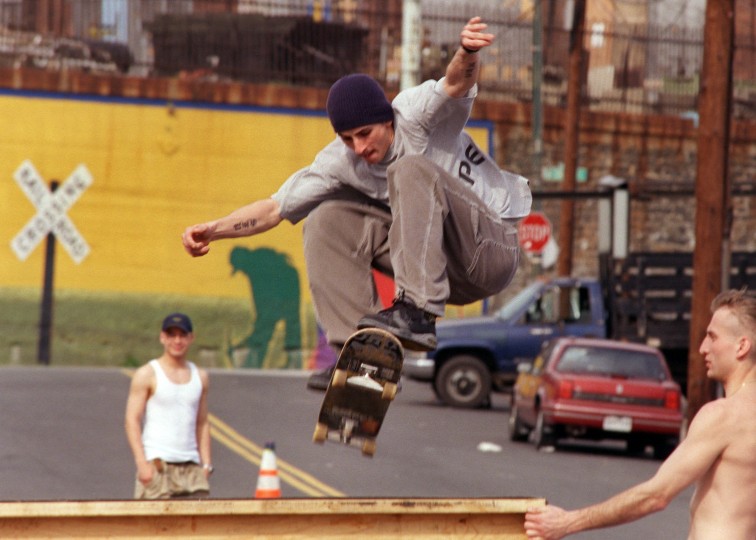 4/6/00– Chris Kramer jumps over a homemade ramp that he and fellow SFPs (skaters from Pigtown) set up along James St. The skaters block off one lane of the road to set up the ramps. Elizabeth Mably/Baltimore Sun 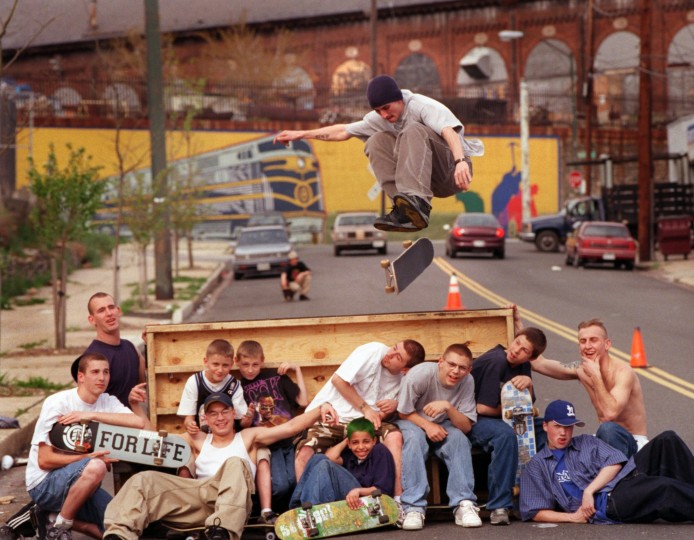 4/6/00– Drivers along James St. in Pigtown wait patiently while Chris Kramer jumps over fellow SFPs (skaters from Pigtown). The skaters block off one lane of the road and set up homemade ramps. Elizabeth Mably/Baltimore Sun 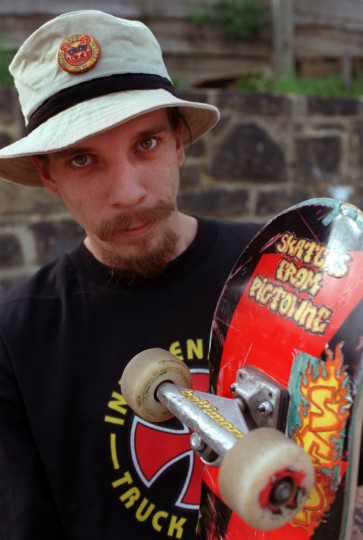 4/6/00– Longtime skater Ed Batz makes stikers for fellow skaters from Pigtown with his SFP logo. The skaters block off one lane of James St. in Pigtown and set up homemade ramps. staff Elizabeth Mably/Baltimore Sun 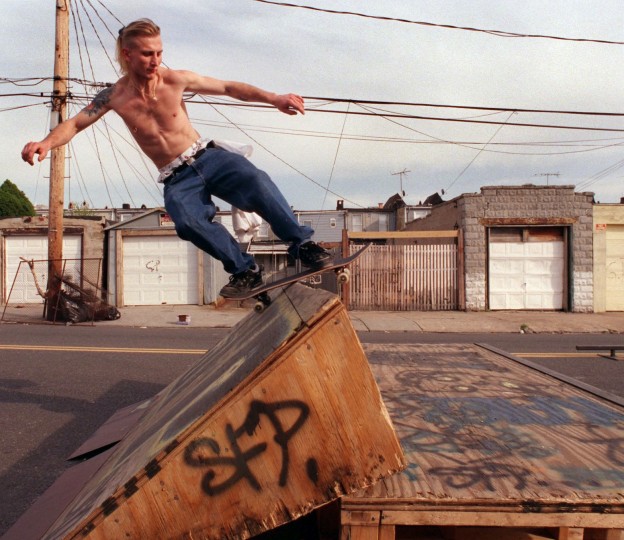 4/6/00– Bobby Starr jumps over a homemade ramp along James St. in Pigtown where SFPs (skaters from Pigtown) block off one lane of the road and set up the ramps. Elizabeth Mably/Baltimore Sun

But Jimmy Weaver and his buddies skateboard every free second they get and sport scars on their hands to prove it. For them, there’s nothing worse than adults screaming at them to get off the Pigtown corner they claimed as their sacred skate zone for the few years prior.

Responding to police concerns that an increasing number of skaters were causing traffic and safety hazards in Pigtown, Mayor Martin O’Malley and Parks and Recreation Director Thomas Overton rushed to get the park built a year earlier than budgeted.

The city had a $1 million grant to fix up Carroll Park — Southwest Baltimore’s 117-acre green space — and more than $5 million worth of wish-list items in the master plan, including the skatepark the size of a basketball court, a playground, youth baseball fields, basketball courts and tennis courts.

“This is what our young people are doing,” Overton told the board. “And we need to come to the cutting edge.”

O’Malley pushed for the new facility after growing complaints about the skaters building ramps at a Pigtown intersection. The debate over the skaters heated up after recent articles in The Sun, the mayor said.

“They were getting pushed around and out into the streets, which isn’t safe,” O’Malley said.

As a temporary solution, the city allowed the children to skate on a park tennis court, while asking the youths to help design the new Carroll Park skate area, he said.

Original reporting by Allison Klein and Gerard Shields in April and June of 2000.