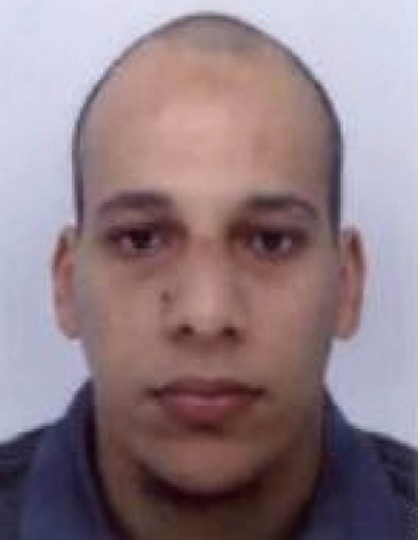 This photo released by French Police in Paris early on January 8, 2015 shows Cherif Kouachi, aged 32, a suspect wanted in connection with an attack at a satirical weekly in the French capital that killed at least 12 people. French police on January 8 published photos of Cherif Kouachi and his brother, wanted as suspects over the bloody massacre at the magazine in Paris, as they launched an appeal to the public for information. (AFP photo / French police)