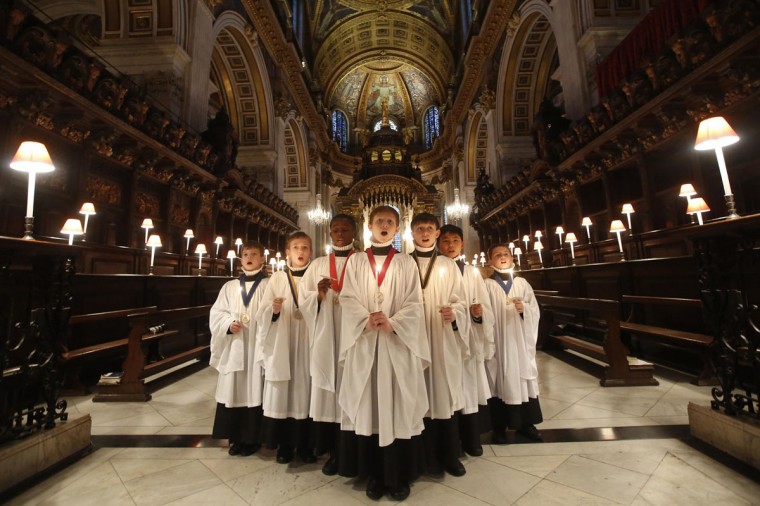 Choristers of St Paul’s Cathedral sing Christmas carols during a photocall inside the Cathedral in central London December 22, 2014. Christmas is one of the busiest times of year for the choir who will sing to over 20,000 people over the Christmas period. (Luke MacGregor/Reuters) 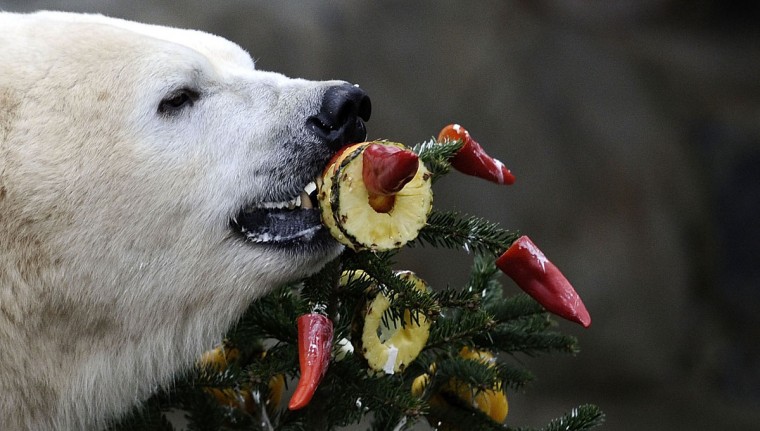 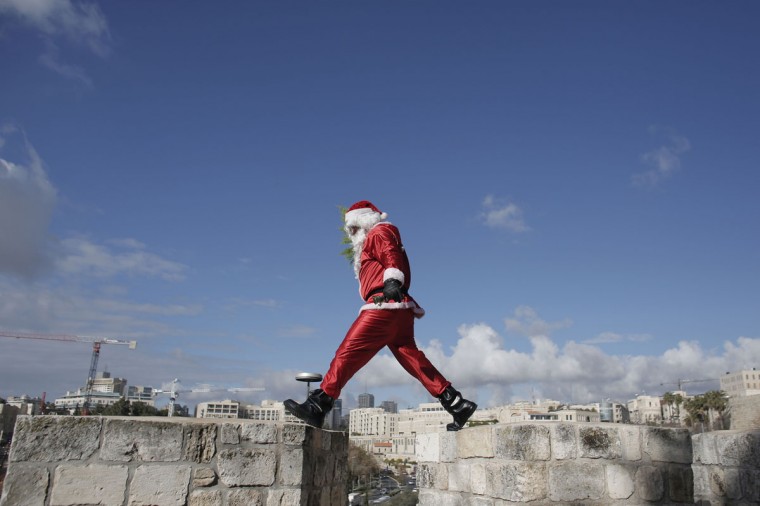 A Palestinian man dressed up as Santa Claus distributes Christmas trees along the wall of Jerusalem’s Old City, on December 22, 2014, as Christians around the world prepare to celebrate the holy day. ( Ahmad Gharabli/AFP/Getty Images) 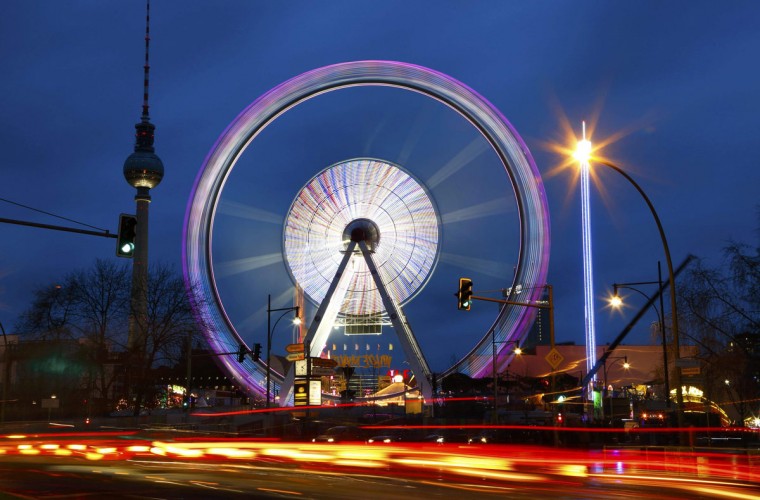 A Ferris wheel is pictured at a Christmas market in Berlin December 22, 2014. (Pawel Kopczynski/Reuters) 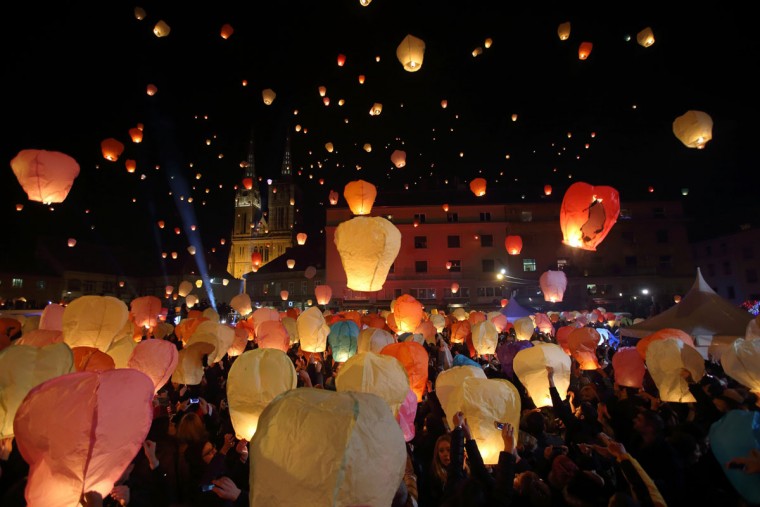 A participant holds up a sky lantern to be released during the “Kapulica & Lanterns” event in Zagreb December 22, 2014. About 3000 participants attended the event, organized by contemporary artist Kresimir Tadija Kapulica as part of the ArtOmat Fair ahead of Christmas, which involved people releasing about a thousand lanterns to symbolize sending their wishes to the universe. (Antonio Bronic/Reuters) 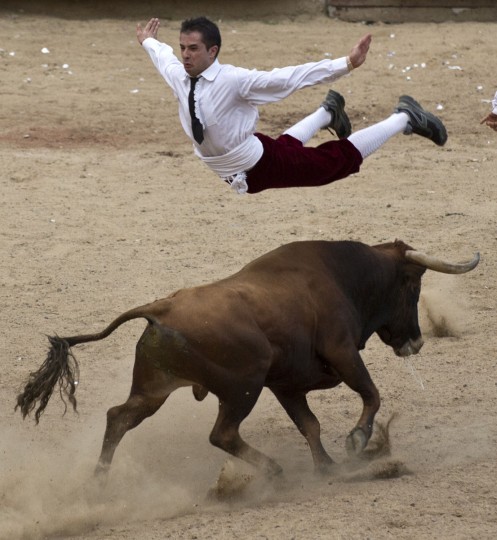 A man jumps over a bull during a “recortadores” bullfight at the Canaveralejo bullring in Cali, Department of Valle del Cauca, Colombia, on December 21, 2014. The recortadores bullfight is an ancient tradition in which men try to dodge the bull without a cape or sword. Bulls are not killed during this type of bullfight. (Luis Robayo/AFP/Getty Images) 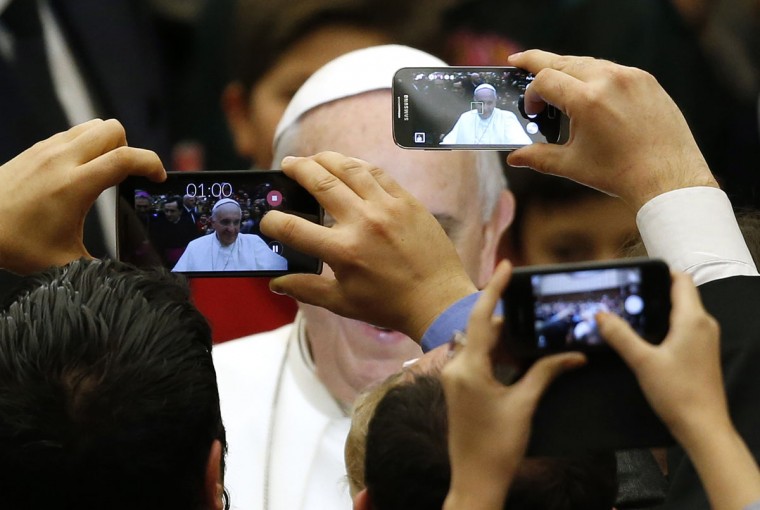 Pope Francis is pictured by mobile phones as he arrives to lead a special audience for Vatican employees and their families at the Paul VI’s hall at the Vatican December 22, 2014. (Alessandro Bianchi/Reuters) 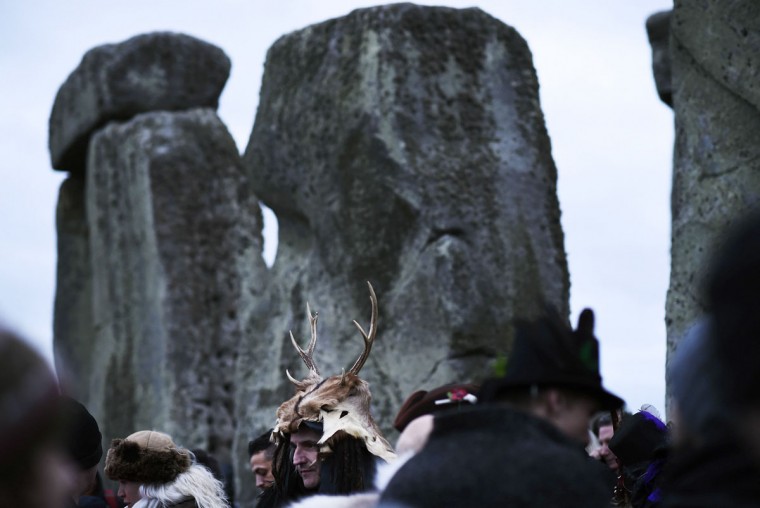 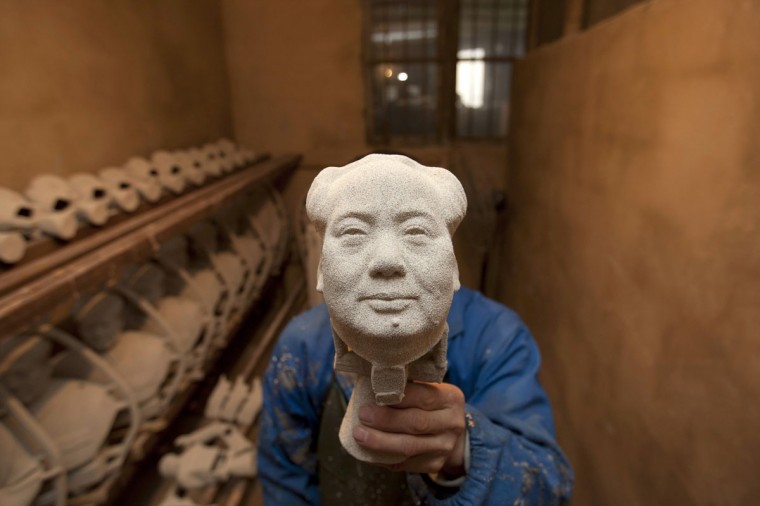 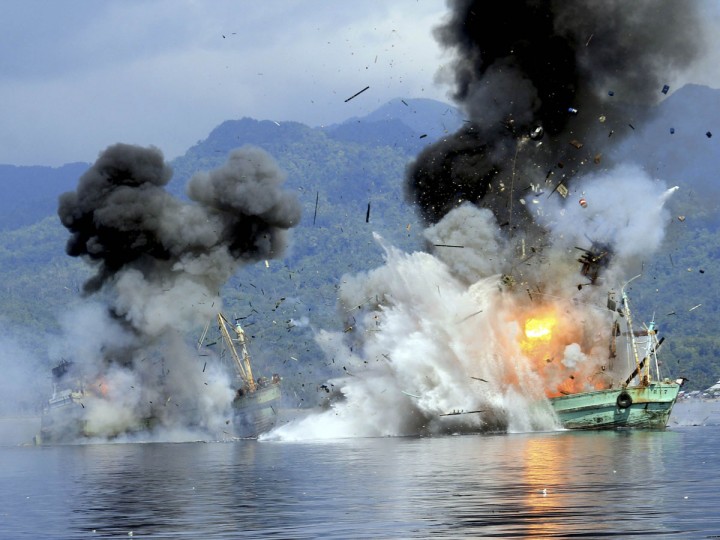 Two foreign flagged fishing boats registered in Papua New Guinea are destroyed by the Indonesian Navy after they were seized earlier for supposedly illegal fishing off the coast of Ambon, Maluku. (Antara Foto/Reuters) 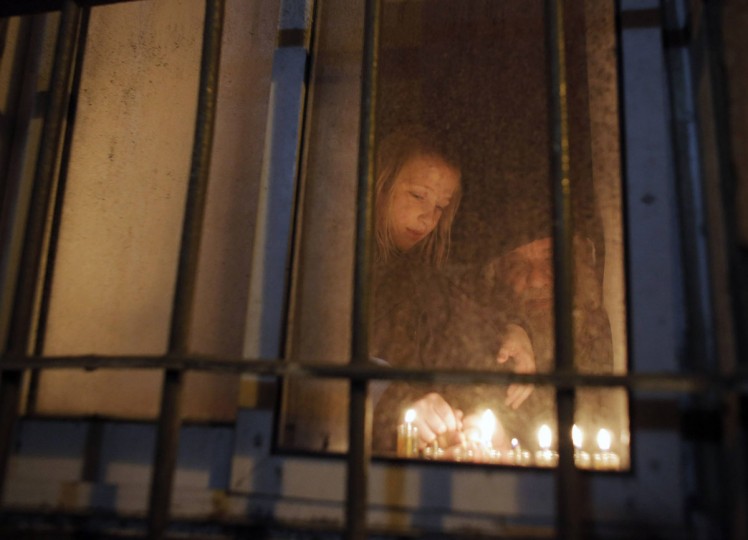 An Ultra-Orthodox Jewish boy lights a candle on the sixth night of the holiday of Hanukkah in Jerusalem’s Mea Shearim neighborhood December 22, 2014. (Ammar Awad/Reuters) 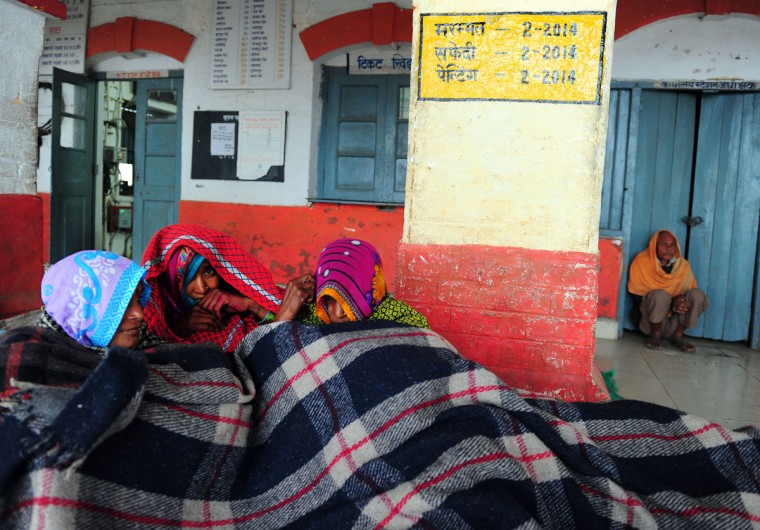 Indian passengers gather under a blanket as they wait for a train at Daraganj railway station in Allahabad on December 22, 2014. Dense winter fog has enveloped the Indian capital and much of northern India with the low visibility affecting road, rail and air traffic. (Sanjay Kanojia/AFP/Getty Images) 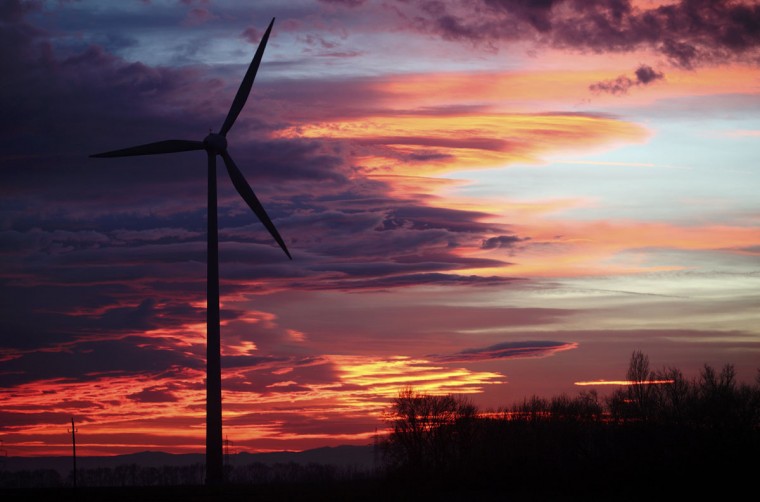 The setting sun illuminates the sky behind wind turbines of a wind park near Neusiedl am See. (Heinz-Peter Bader/Reuters)