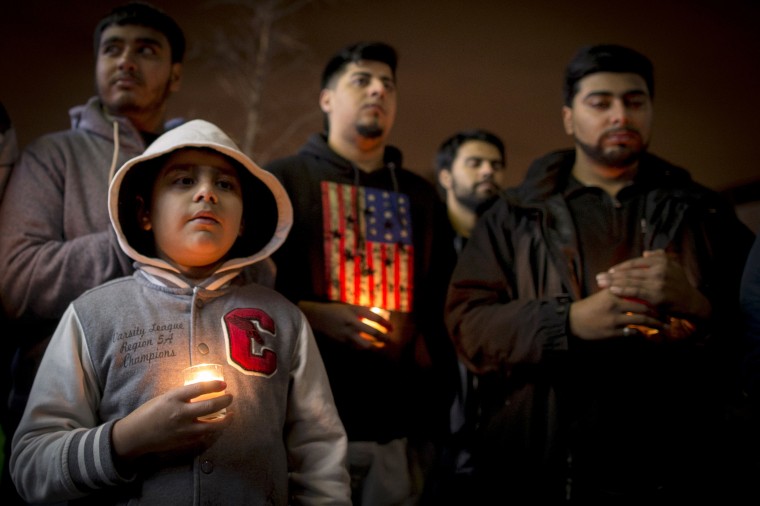 People hold candles during a vigil for victims killed in the attack by Taliban gunmen on the Army Public School in Peshawar Pakistan, in the Brooklyn borough of New York December 17, 2014. Pakistan on Wednesday began burying 132 students killed in a grisly attack on their school by Taliban militants that has heaped pressure on the government to do more to tackle an increasingly aggressive Taliban insurgency. REUTERS/Brendan McDermid 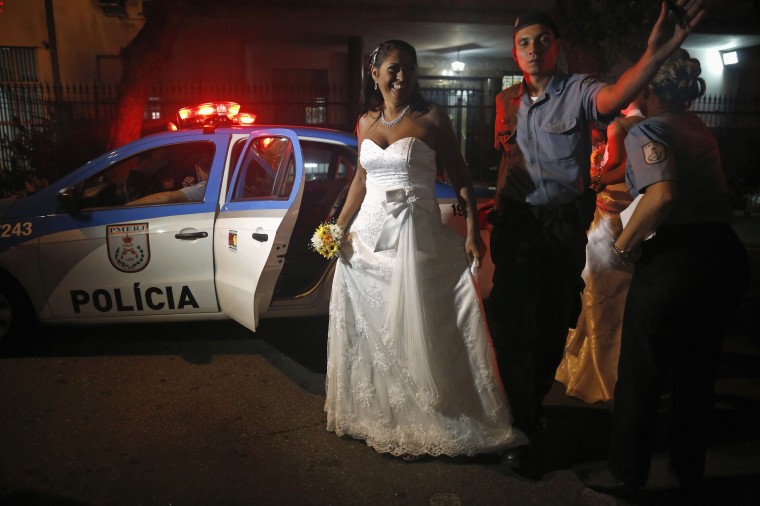 A bride from the Santa Marta slum is escorted by a police officer to her group wedding in Rio de Janeiro December 17, 2014. A total of 16 couples took part in a mass wedding ceremony organized by the Police Peacekeeping Unit (UPP) as part of activities geared towards social enhancement of the slums. REUTERS/Pilar Olivares 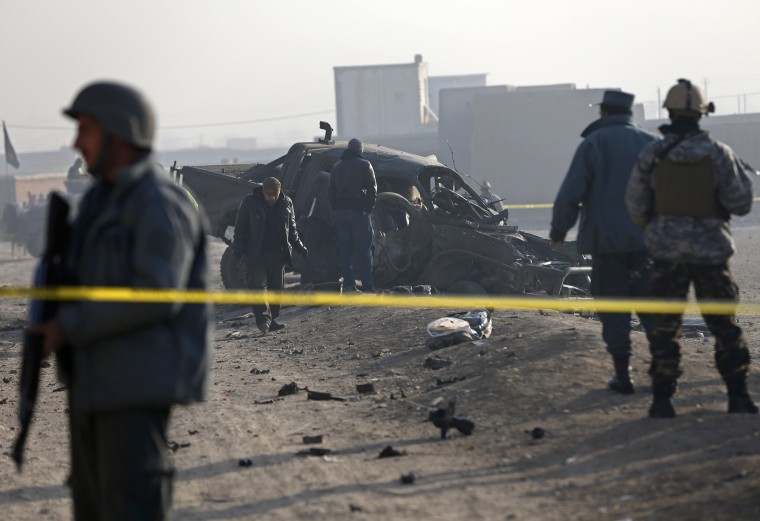 Afghan security forces inspect at the site of a suicide attack in Kabul December 18, 2014. One policeman was killed and two were injured on the outskirts of the Afghan capital on Thursday, in a blast caused by a suicide bomber attempting to enter Kabul in a vehicle laden with explosives, an interior ministry spokesman said. REUTERS/Omar Sobhani 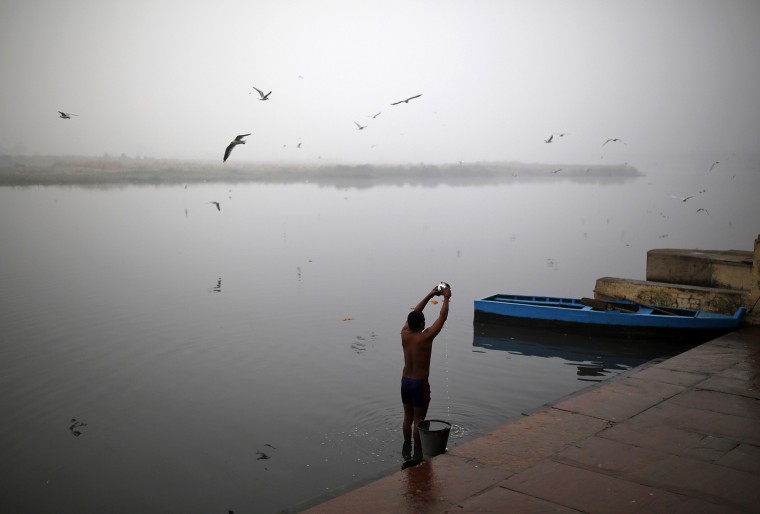 A Hindu devotee prays to the Sun god as he stands in the waters of the river Yamuna on a cold, winter morning in New Delhi December 18, 2014. REUTERS/Ahmad Masood 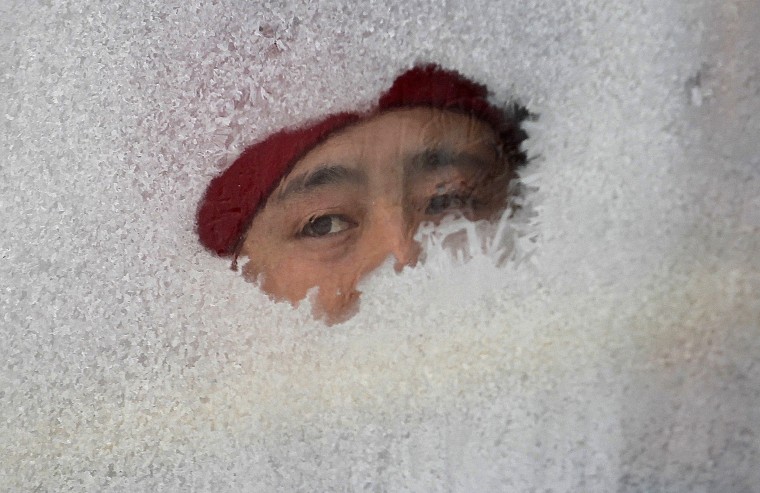 A woman looks out from a window of a bus covered with frost in Changchun, Jilin province December 16, 2014. Local temperatures in Changchun reached minus 21 degrees Celcius (minus 5.8 degrees Fahrenheit) on Tuesday, local media reported. Picture taken December 16. REUTERS/Stringer 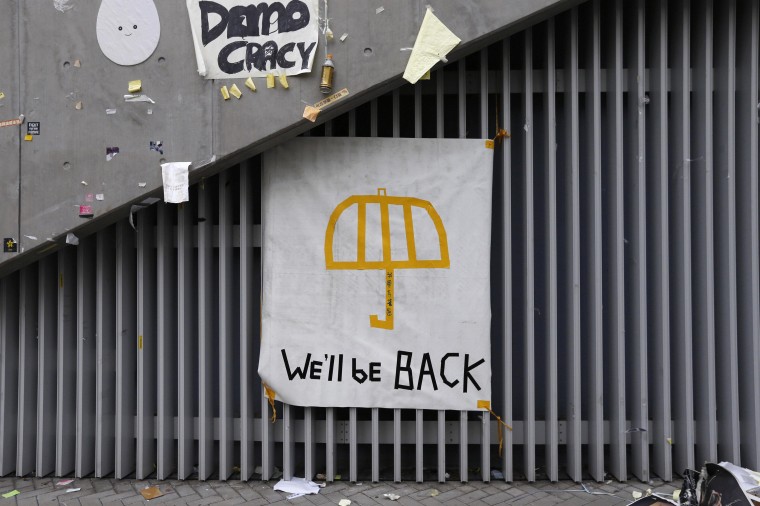 A poster of an umbrella with the words “We’ll be back” written underneath is pictured on a wall at the main “Occupy” protest site at Admiralty in Hong Kong December 11, 2014. Hong Kong police cleared most of the main protest site in December, marking an end to more than two months of street demonstrations in the Chinese-controlled city, but many chanted: “We will be back”. Protest leaders have said they will consider other forms of civil disobedience, given Beijing’s continued refusal to grant any concessions. Picture taken December 11. REUTERS/Bobby Yip 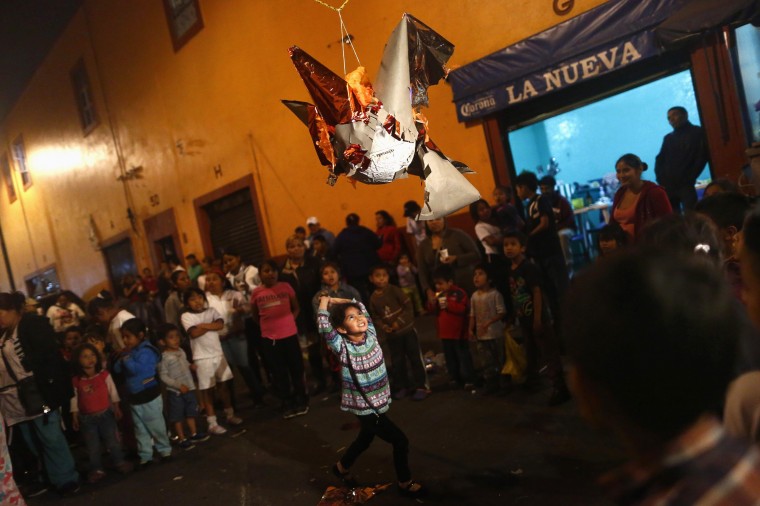 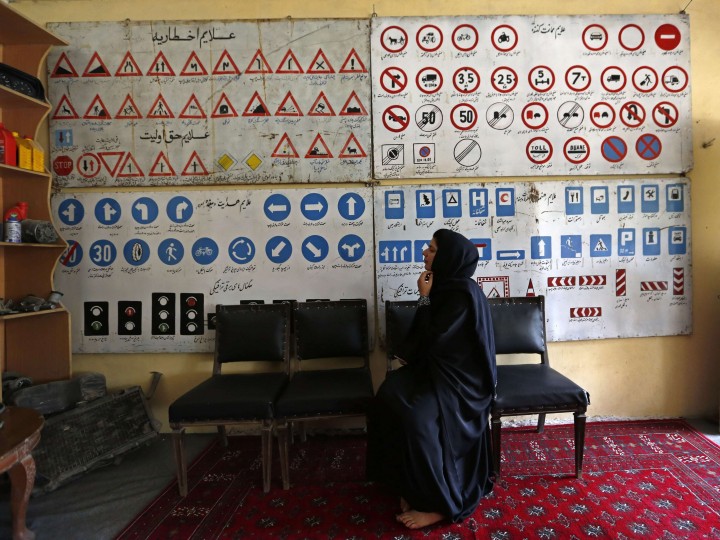 A women attends a class at a driving school in Kabul August 17, 2014. Kabul is one of the world’s fastest growing cities and its streets are increasingly blocked by cars and buses. In the city’s private driving schools, students pay a $60 fee for a 45-day course, which includes oral and practical driving tests at the country’s Traffic Department. Some of the women who have signed up say learning to drive is a way to escape unwanted gazes and physical harassment on the cramped, crowded minibuses that are often the only method of urban public transport. REUTERS/Mohammad Ismail 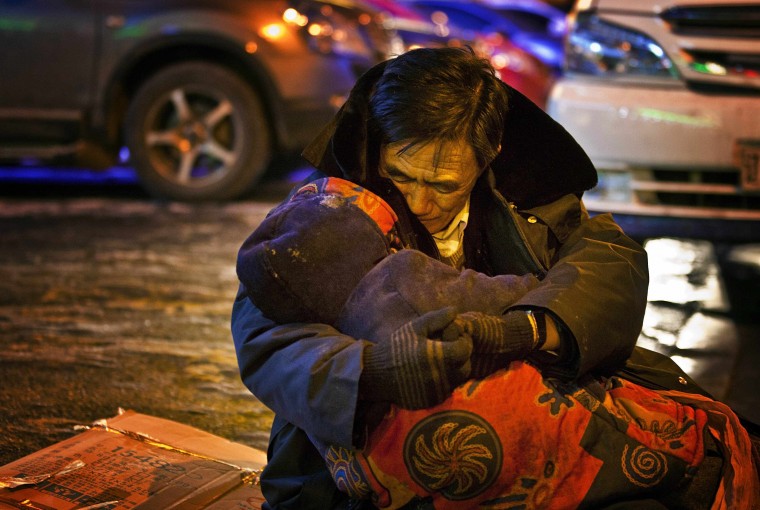 A man, whose surname is He, cuddles the body of his dead wife during a sub-zero evening in Shenyang, Liaoning province December 17, 2014. The man sat by the roadside while holding his wife’s body for almost two hours till his son came and persuaded him to bring the body home, according to local media. The wife had just bought medicine from a pharmacy when she collapsed in a street and died of heart failure. Picture taken December 17. REUTERS/Stringer 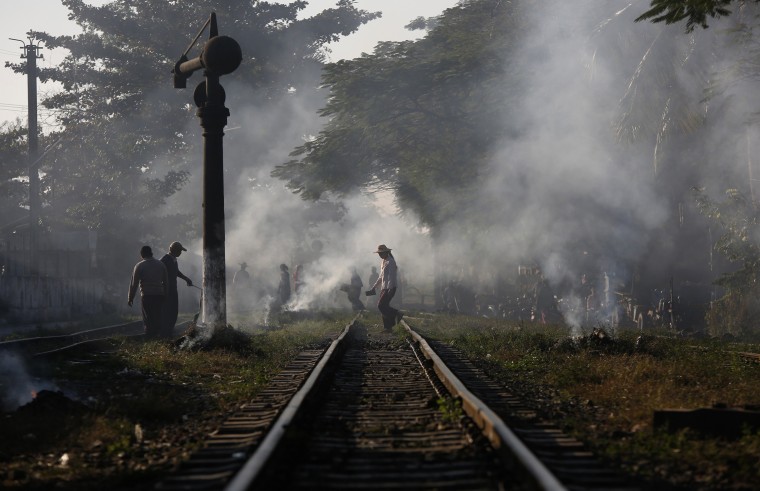 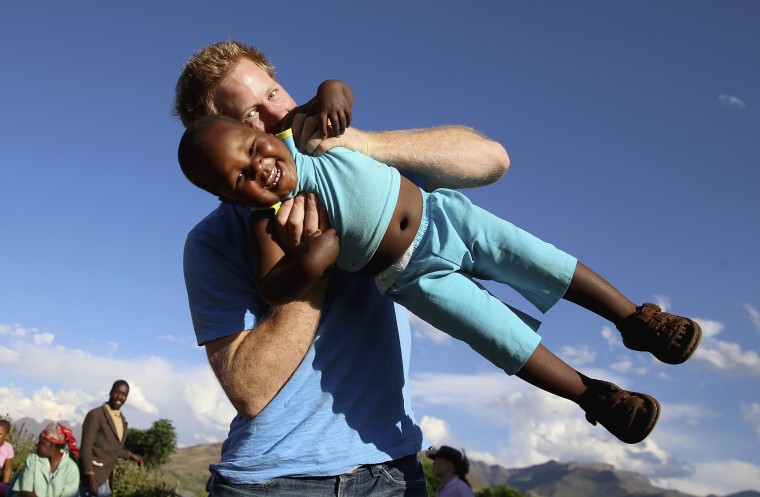 Britain’s Prince Harry swings three-year-old orphan boy Lerato, in this photograph taken with the help of three-year-old blind girl Karabo, during a visit to Phelisanong Children’s Home in Maseru December 6, 2014. Prince Harry was visiting Lesotho to see the work of his charity Sentebale, which provides healthcare and education to vulnerable children. The prince was with Lerato, who was abandoned at birth, when Karabo heard the clicking sounds of a camera and decided to walk over and shoot the photo with a bit of help from a photographer. Picture taken on December 6 and released to Reuters on December 18. REUTERS/Chris Jackson/Pool 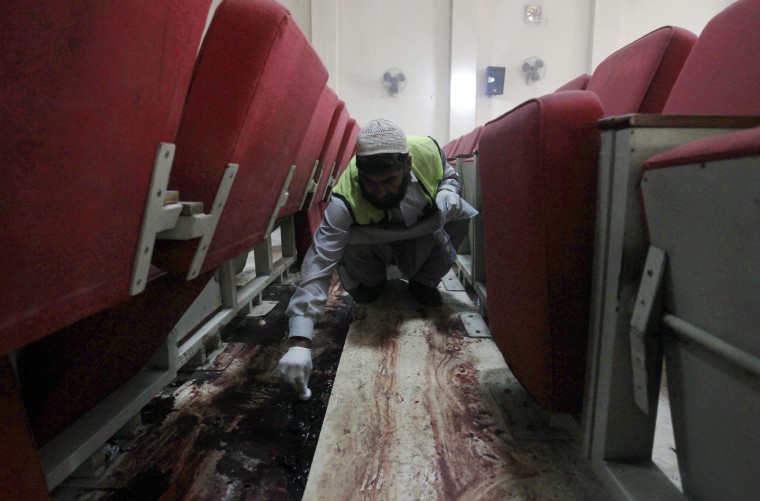 A policeman collects blood samples as evidence on the auditorium floor at the Army Public School, which was attacked by Pakistan Taliban gunmen, in Peshawar December 18, 2014. Pakistan on Wednesday began burying 132 students killed in a grisly attack on their school by Taliban militants that has heaped pressure on the government to do more to tackle an increasingly aggressive Taliban insurgency. REUTERS/Fayaz Aziz 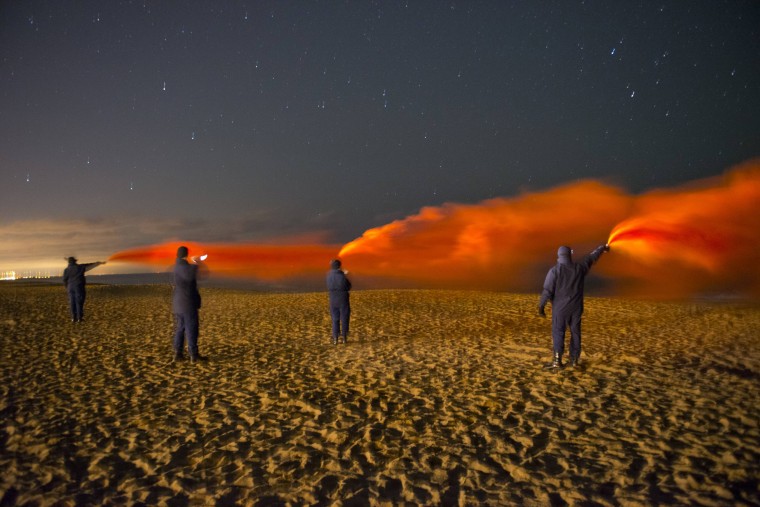 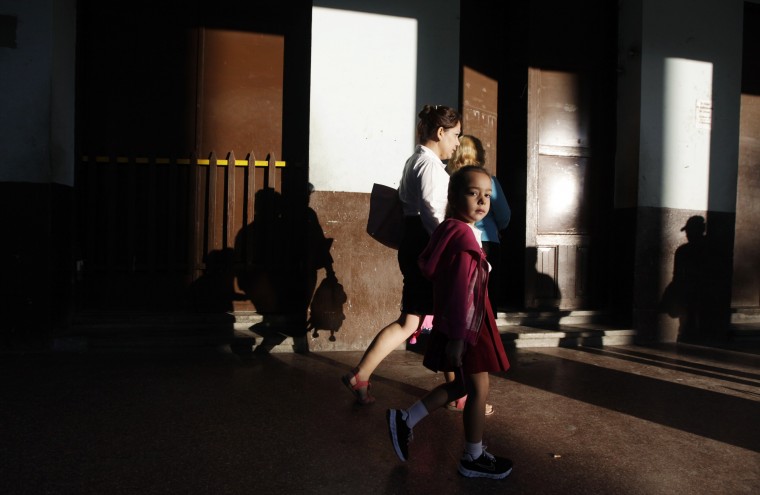 A girl walks next to her mother early in the morning in Havana December 18, 2014. Cuban President Raul Castro hailed a landmark exchange of prisoners with the United States on Wednesday and praised U.S. President Barack Obama as the two countries agreed to normalize relations after more than five decades of hostility. REUTERS/Enrique De La Osa 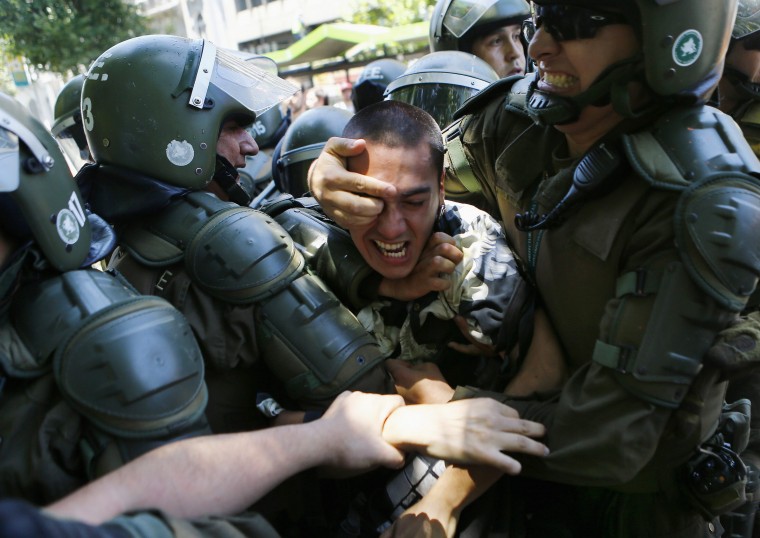 A student is detained during a demonstration near the Ministry of Education at Santiago, December 18, 2014. Students were protesting on Thursday against the increase in tariffs at their universities. REUTERS/Ivan Alvarado