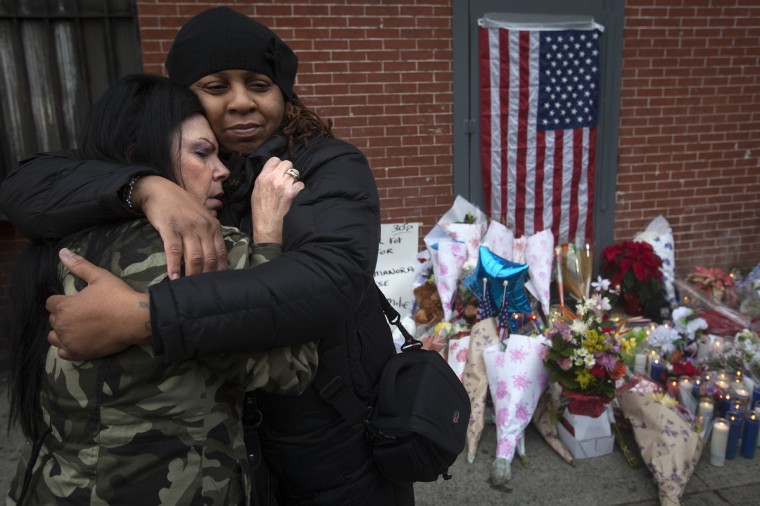 Donna Salvaggio (L) and a woman who gave her name as Reverend Jordan hug at a makeshift memorial at the site where two police officers were shot in the head in the Brooklyn borough of New York. The officers, Wenjian Liu and Rafael Ramos were shot and killed as they sat in a marked squad car in Brooklyn on Saturday afternoon, New York Police Commissioner William Bratton said. The suspect in the shooting then shot and killed himself, Bratton said at a news conference at the Brooklyn hospital where the two officers were taken. (Carlo Allegri/Reuters) 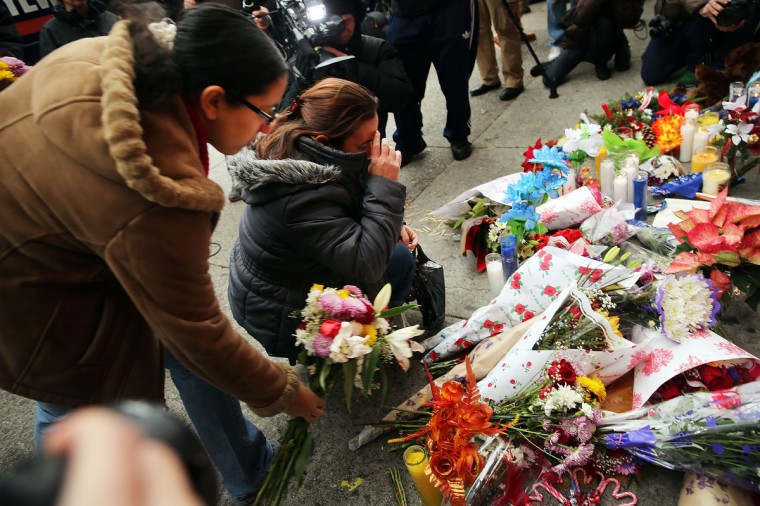 Women place flowers at a memorial to the two New York Police Department (NYPD) officers that were shot and killed nearby in the Bedford Stuyvesant neighborhood of the Brooklyn borough of New York City. The officers, Wenjian Liu and Rafael Ramos, were killed execution style on December 20 as they sat in their marked police car on a Brooklyn street corner. The suspect, identified as 28-year-old Ismaaiyl Brinsley who allegedly shot ex-girlfriend in Baltimore earlier in the day, was apparently motivated by the deaths of Eric Garner and Michael Brown. According to police, Brinsley shot himself in the head on the subway platform and was transported to Brooklyn Hospital where he was pronounced dead. (Spencer Platt/Getty Images) 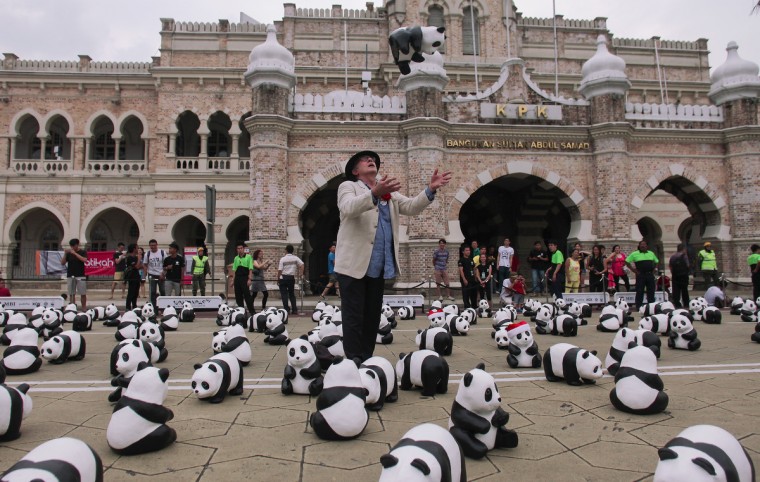 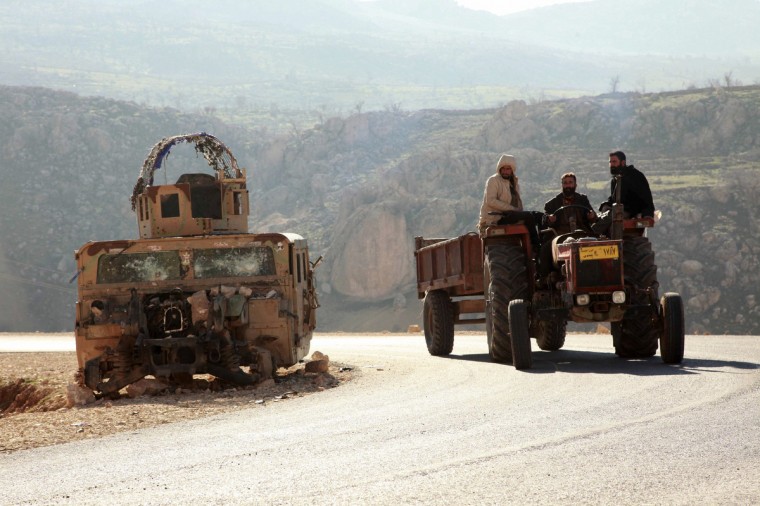 People from the minority Yazidi sect pass a destroyed military vehicle belonging to Islamic State militant at Mount Sinjar, in the town of Sinjar. Iraqi Kurdish fighters flashed victory signs as they swept across the northern side of Sinjar mountain on Saturday, two days after breaking through to free hundreds of Yazidis trapped there for months by Islamic State fighters. (Ari Jalal/Reuters) 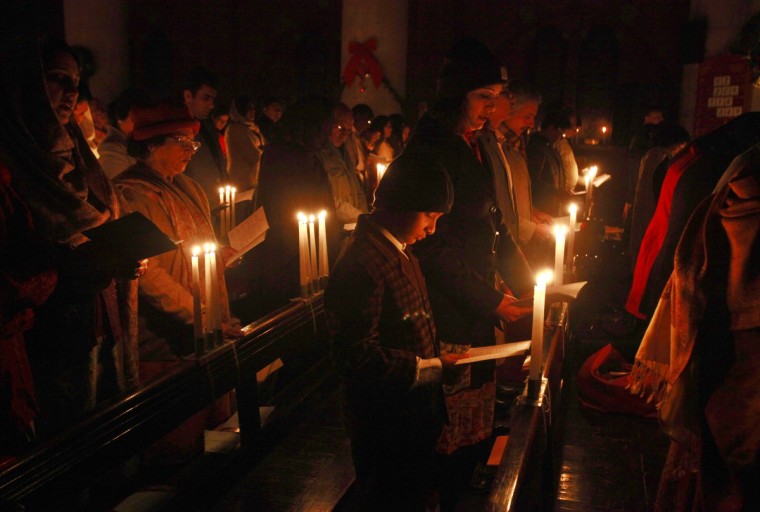 Pakistani Christians take part in a service to pray for victims of the attack by Taliban gunmen on the Army Public School in Peshawar, at the Cathedral Church in Lahore. Taliban gunmen broke into the school and opened fire on Tuesday, killing 132 students and nine staff members, witnesses said, in the bloodiest massacre the country has seen for years. (Mohsin Raza/Reuters) 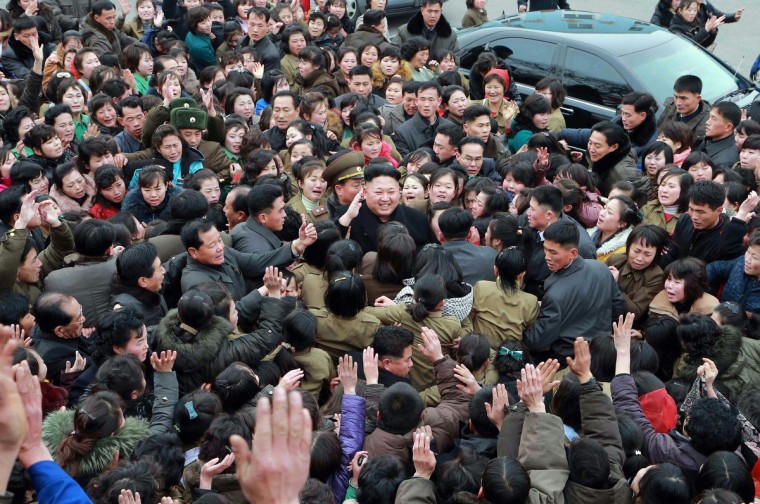 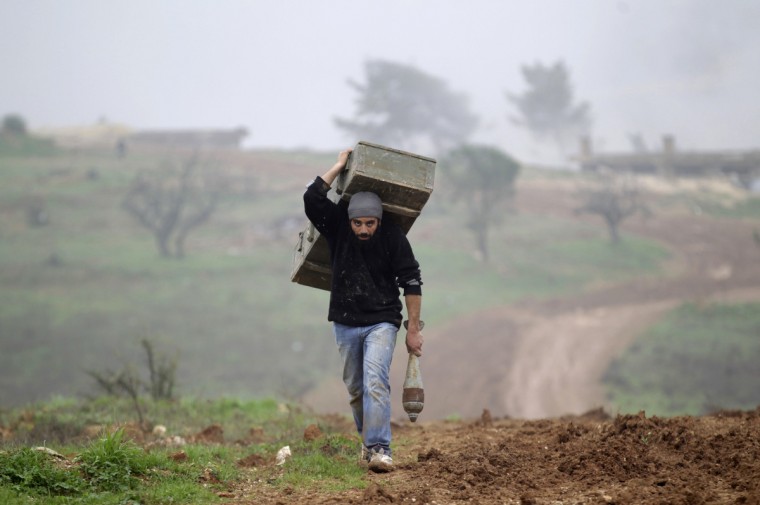 A man carries a weapons box left behind by forces loyal to Syria’s President Bashar al-Assad at the Azaalana checkpoint, after rebels took control of two military posts from the forces, in the southern Idlib countryside. (Khalil Ashawi/Reuters) 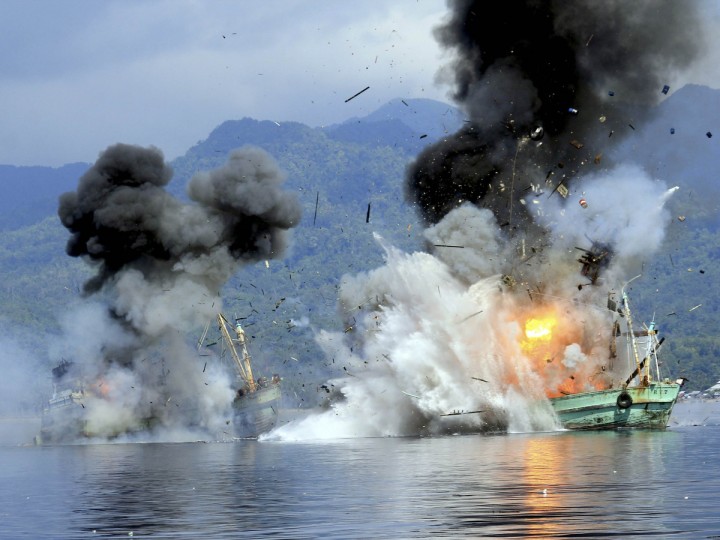 Two foreign flagged fishing boats registered in Papua New Guinea are destroyed by the Indonesian Navy after they were seized earlier for supposedly illegal fishing off the coast of Ambon, Maluku. (Antara Foto/Izaac Mulyawan/Reuters) 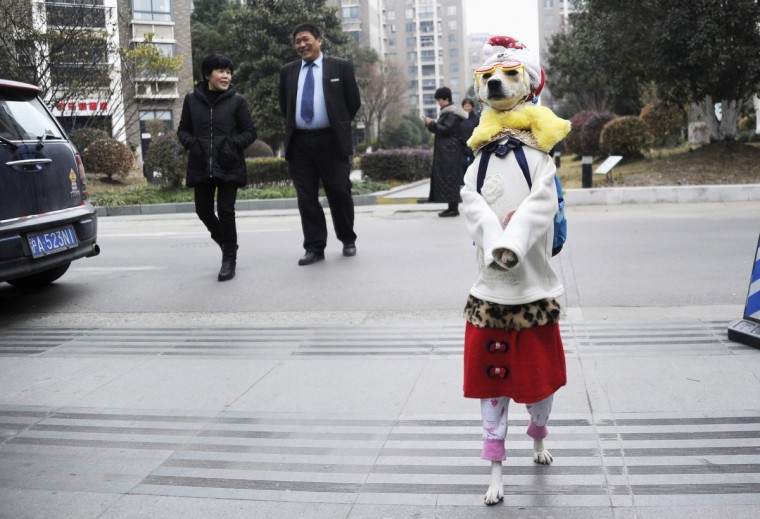 Dog Xiaoniu dressed in clothes walks across a street with its owner (not pictured) in Shanghai. According to local media, Xiaoniu accompanies its owner to the food market everyday and is able to walk with its hind legs for up to about an hour. (Reuters) 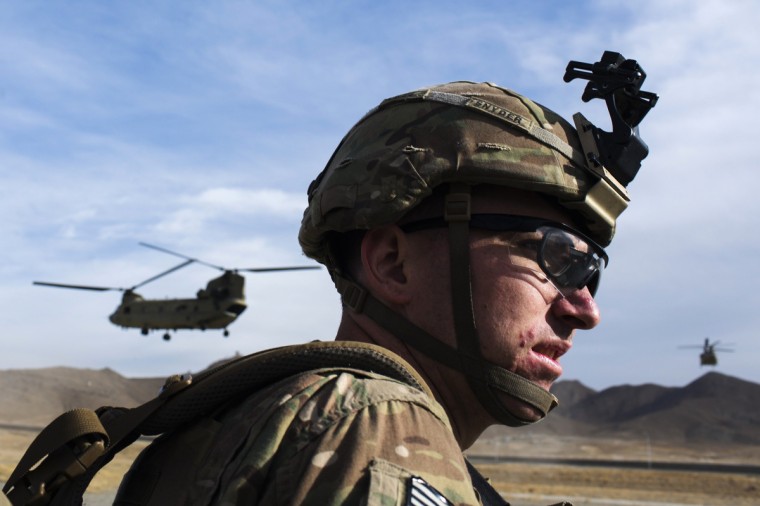 A U.S. soldier from the 3rd Cavalry Regiment waits for a CH-47 Chinook helicopter from the 82nd Combat Aviation Brigade to land after an advising mission at the Afghan National Army headquarters for the 203rd Corps in the Paktia province of Afghanistan. (Lucas Jackson/Reuters) 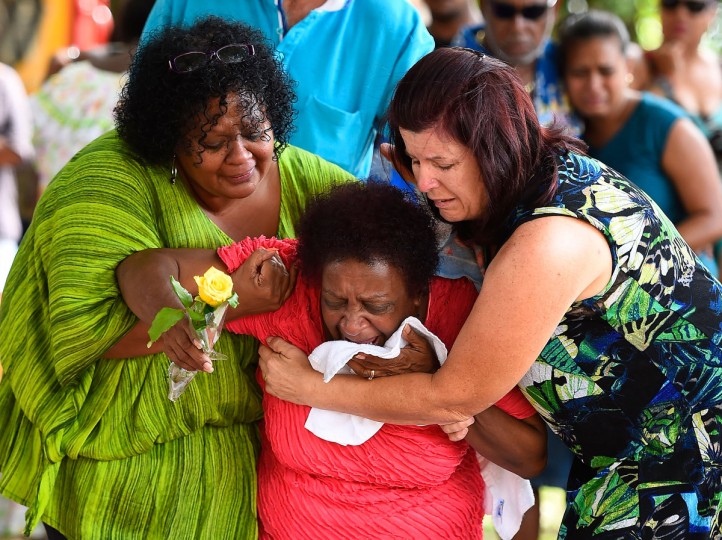 Family members mourn at the scene of a memorial which is located in the park next the home of a multiple stabbing in the suburb of Manoora in Cairns, Australia. Eight children have been found dead and a 37-year-old woman is in hospital with chest injuries at a home in North Queensland. The children, aged 18 months to 14 years have reportedly been stabbed and the woman has been arrested for murder. (Ian Hitchcock/Getty Images) 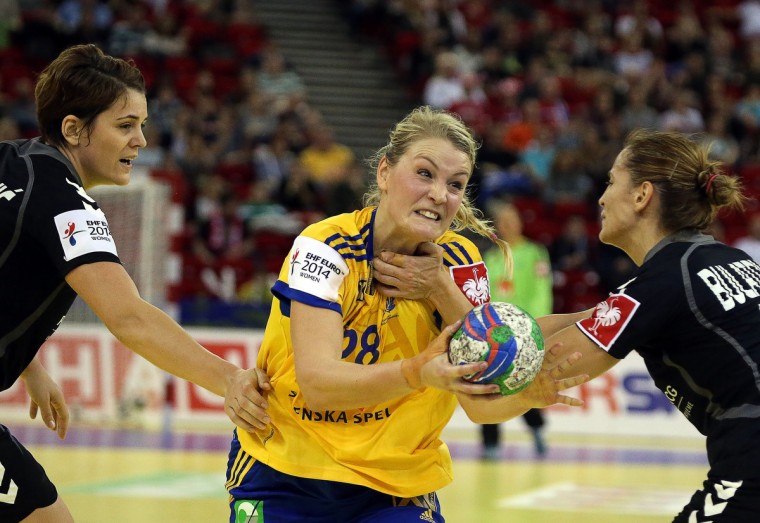 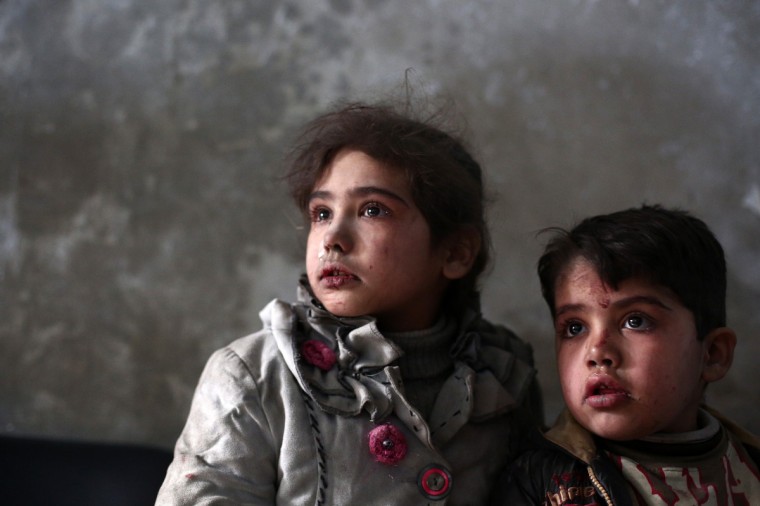 Syrian children look on as they wait for treatment at a makeshift clinic in the besieged rebel town of Douma, 13 kilometres (eight miles) northeast of Damascus. (Abd Doumany/Getty Images) 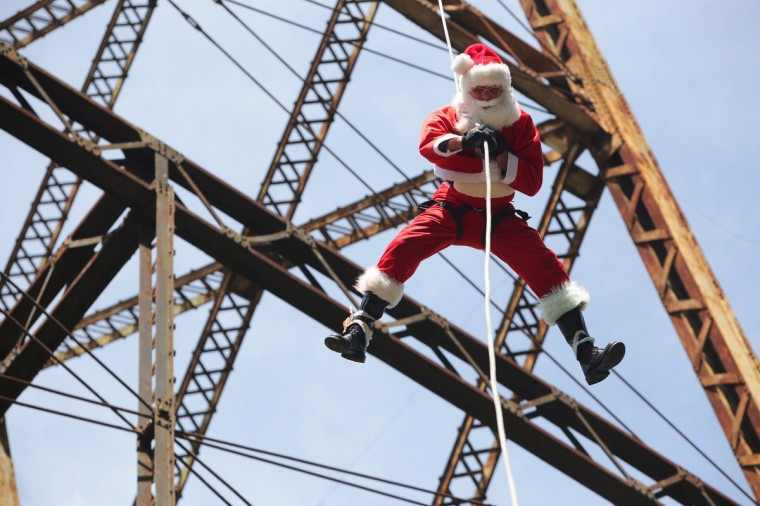 Guatemalan firefighter Hector Chacon, wearing a Santa Claus outfit, rappels down the Belize bridge to give toys to children living under the bridge, in Guatemala City. Chacon has arranged for firefighters to dress as Santa Claus and give out toys during Christmas to children living in the poor neighbourhood under the bridge for the past 17 years. (Josue Decavele/Reuters) 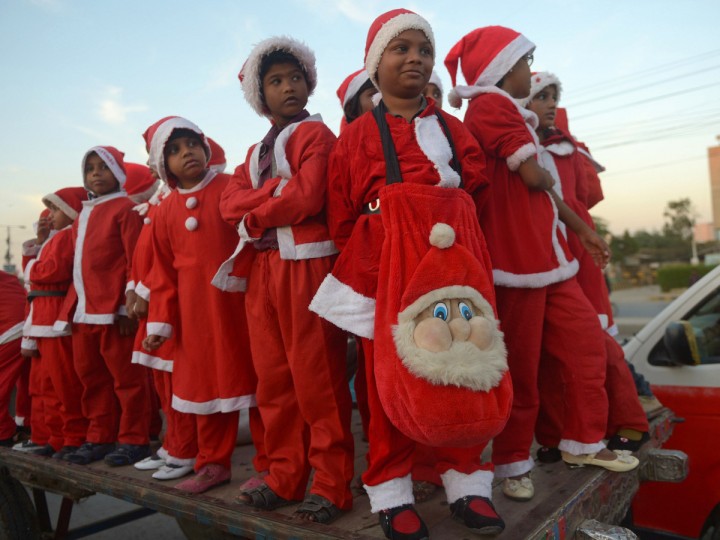 Pakistani minority Christian children dressed as Santa Claus pose during a Christmas peace rally in solidarity of the victims of the Peshawar school massacre, in Karachi. Al-Qaeda’s regional branch on December 21 said its hearts were “bursting with pain” over the Taliban’s massacre at a Pakistan school and urged the militants to target only security forces. (Rizwan Tabassum/Getty Images) 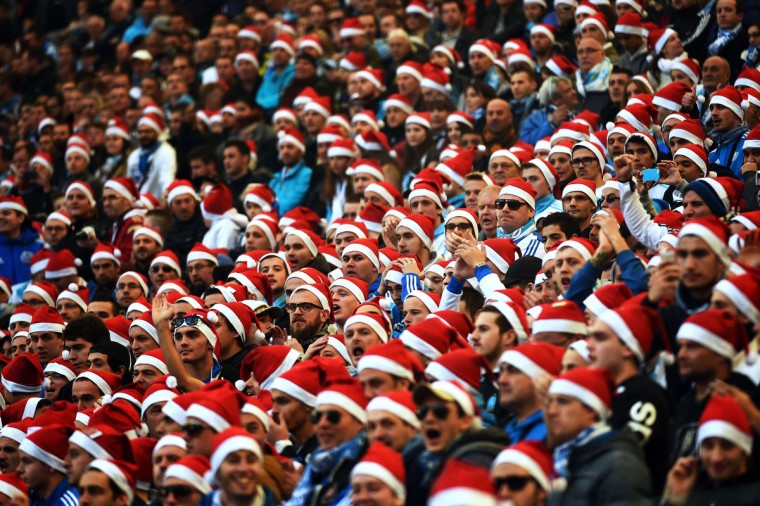 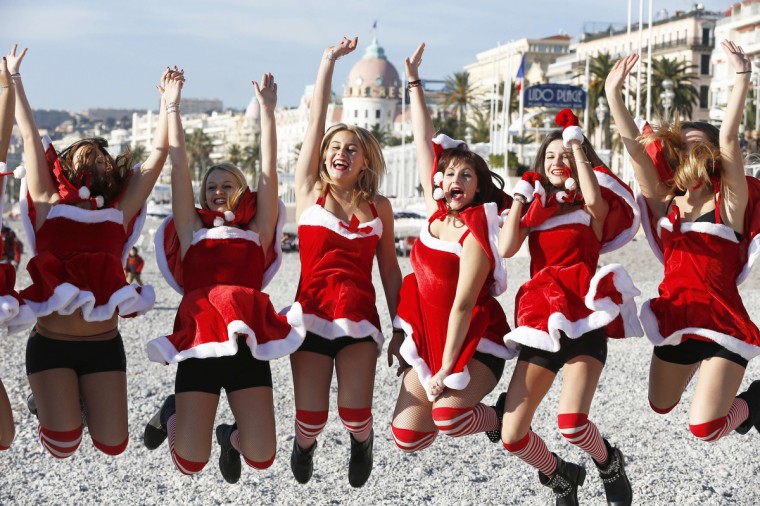 Young women dressed in Santa Claus outfits jump as they pose within the traditional Christmas bath on the beach in downtown Nice. (Valery Hache/Getty Images) 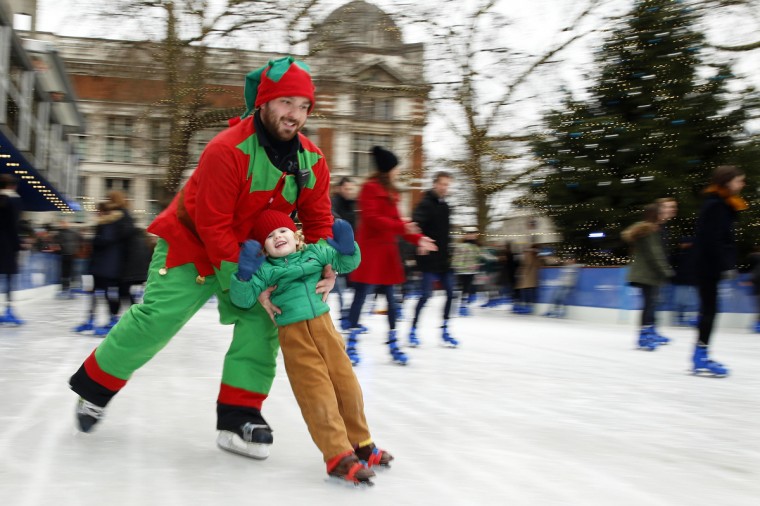 Three year old Henry Butterworth skates with ice marshal Matt Nolan for the camera during whilst ice skating on the rink at the Natural History Museum in London. (Luke MacGregor/Reuters) 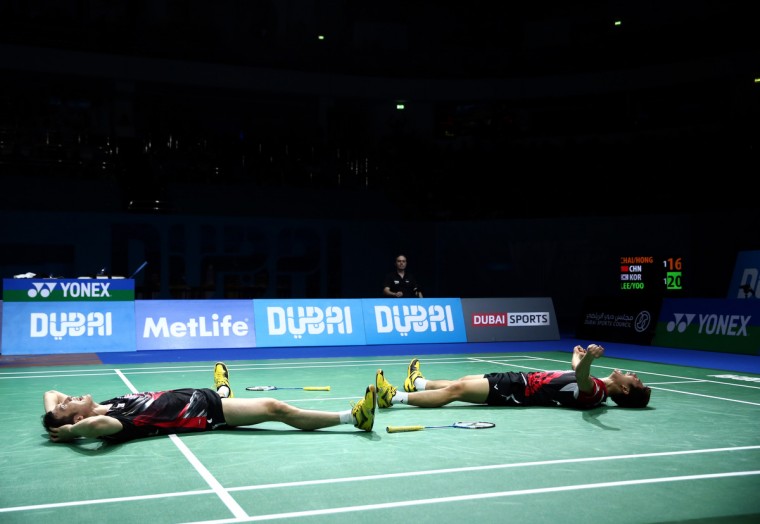