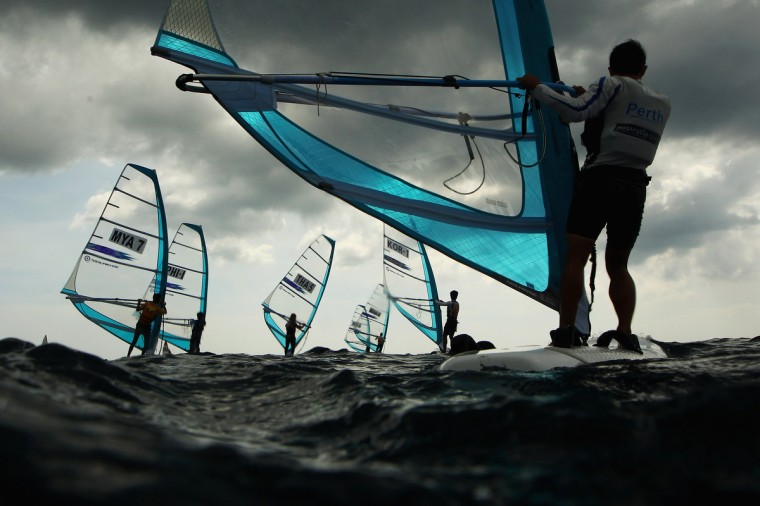 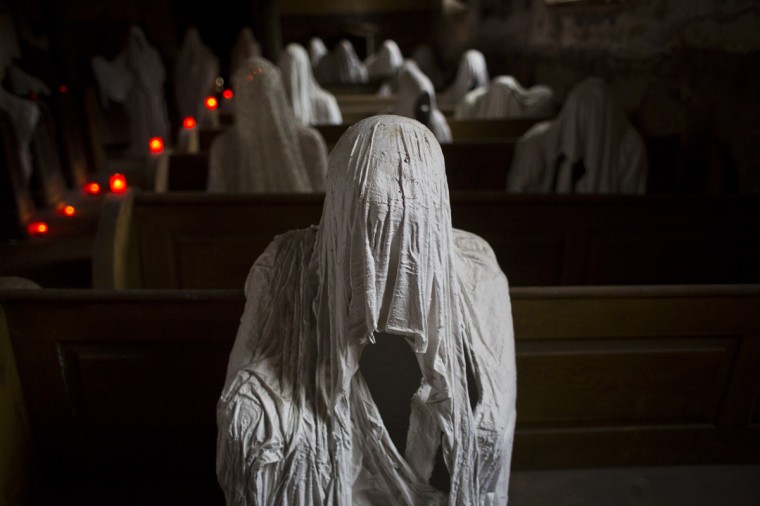 Ghost statues by artist Jakub Hadrava are placed at the St. George’s church near Plzen in Lukova, Czech Republic. Artist Jakub Hadrava created 32 plaster life-size ghost statues, which symbolize Sudeten Germans who lived in the village. St. George’s church, which was build in the north-western Bohemian region of the Czech Republic in 1352, fell into disrepair after the roof collapsed during a funeral service in 1968. Hadrava’s aim is to make the church more attractive for visitors and to gain money for renovation work. According to voluntary church manager Petr Koukl, about 2500 people from around the world have been visiting the church this year. (Matej Divizna/Getty Images) 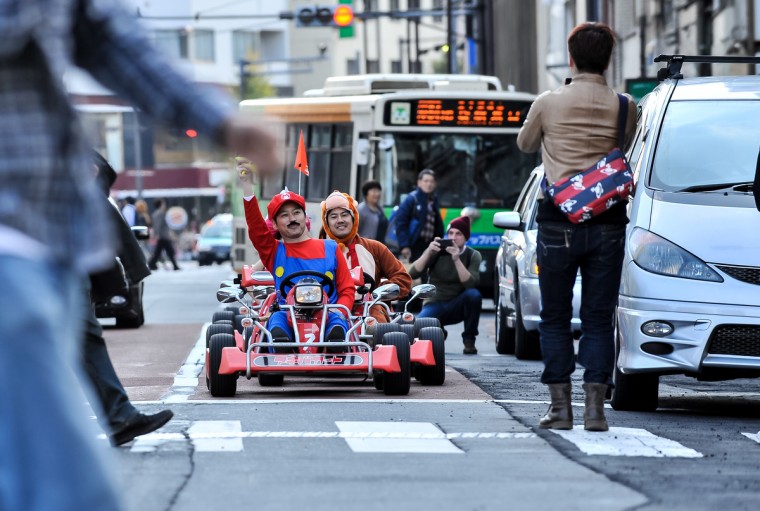 People take photos of participants as they drive around Tokyo in Mario Kart characters for the Real Mario Kart event in Tokyo in Tokyo, Japan. The organizer calls for participants to this event held about once a month on Facebook, and Akiba Kart offers rental karts that can be driven on public streets. (Keith Tsuji/Getty Images) 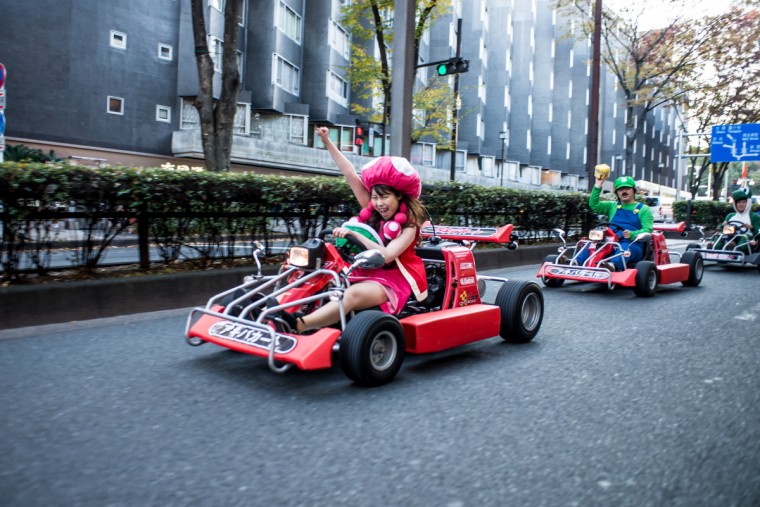 Participants drive around Tokyo for the Real Mario Kart event in Tokyo, Japan. The organizer calls for participants to this event held about once a month on Facebook, and Akiba Kart offers rental karts that can be driven on public streets. (Keith Tsuji/Getty Images) 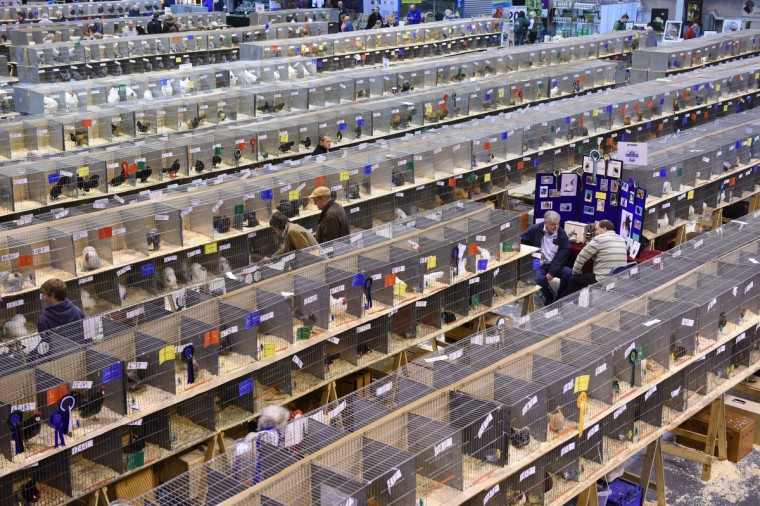 Poultry fanciers and visitors admire the birds on display at the National Poultry Show, hosted by ‘The Poultry Club of Great Britain’ and held at The International Centre in Telford, Shropshire. (Oli Scarff/Getty Images) 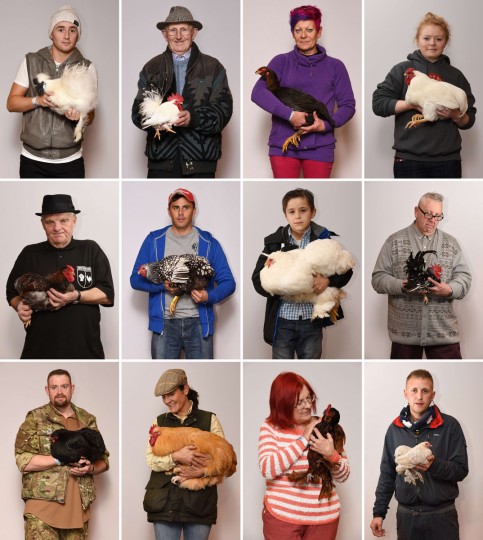 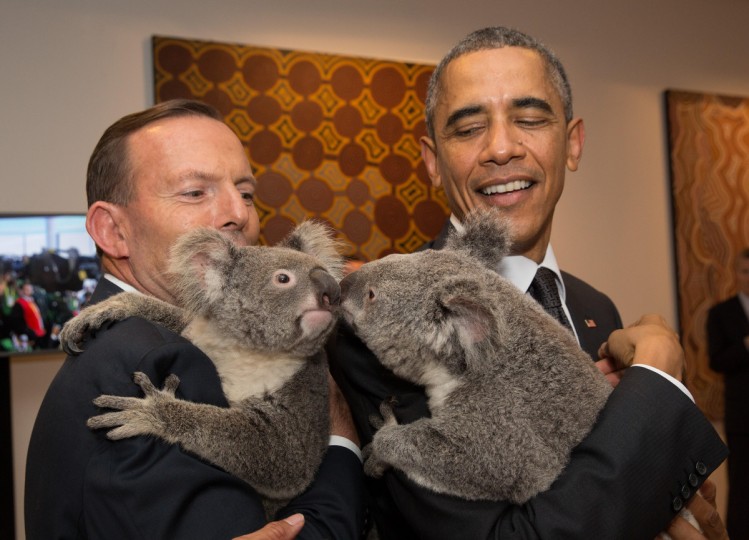 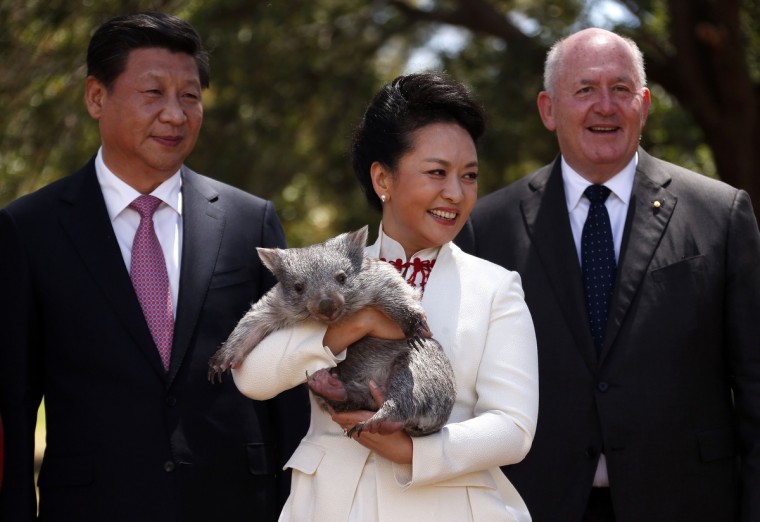 Australian Governor General Peter Cosgrove (R) stands with China’s President Xi Jinping and his wife Peng Liyuan, as she holds a wombat in the grounds of Government House in Canberra, Australia. President Xi Jinping of China will address parliament and attending meetings in Canberra following the G20 Leaders Summit in Brisbane. (Photo by David Gray/Getty Images) 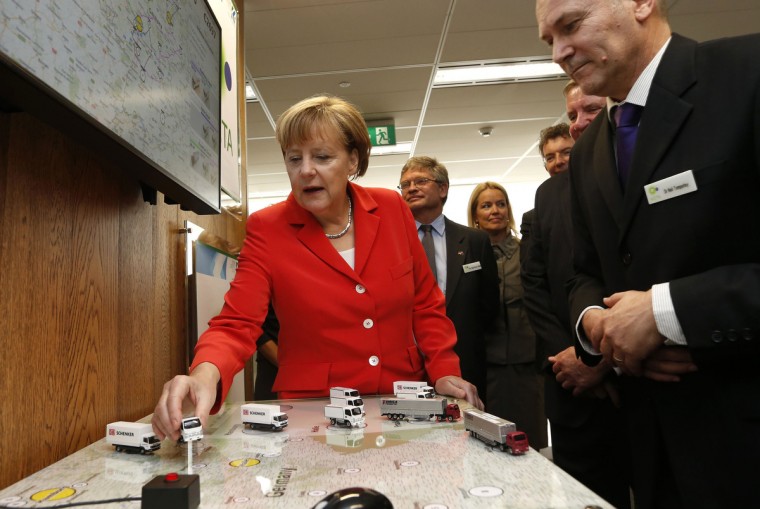 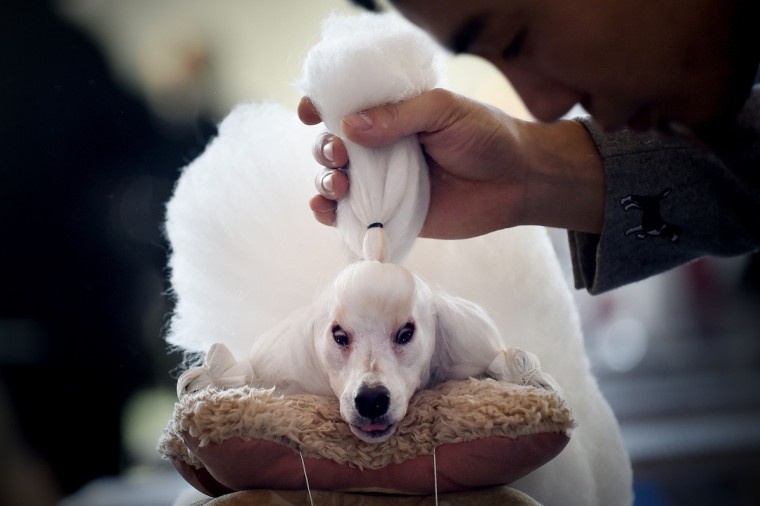 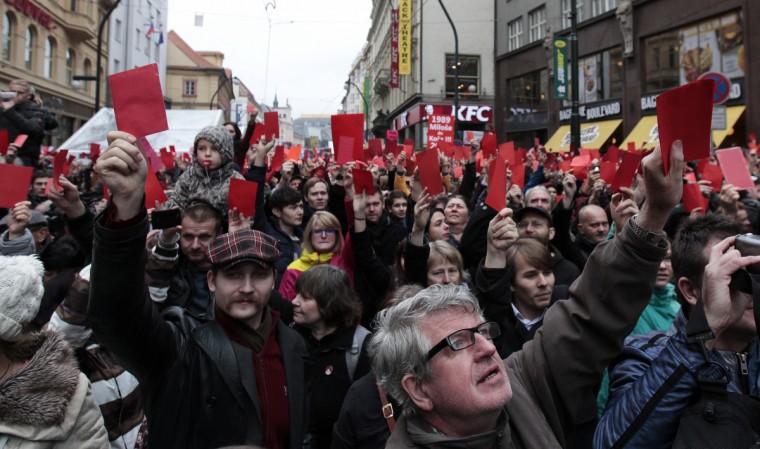 Demonstrators show symbolic red cards to Czech President Milos Zeman during a protest rally in Prague. Czechs who helped bring about the “Velvet Revolution” that overthrew Kremlin-backed Communist rule are marking the 25th anniversary this week by accusing the country’s present-day leaders of once again cosying up to Russia. The focus of their anger is President Milos Zeman, who has taken a pro-Russian line on economic sanctions and described Pussy Riot, the punk group jailed for blasting out a song denouncing President Vladimir Putin in a Moscow cathedral, as hooligans who should not have been treated as political prisoners. The Czech Republic marks the anniversary of the 1989 Velvet Revolution, which led to the fall of the communist regime 25 years ago, on Monday. (David W Cerny/Reuters) 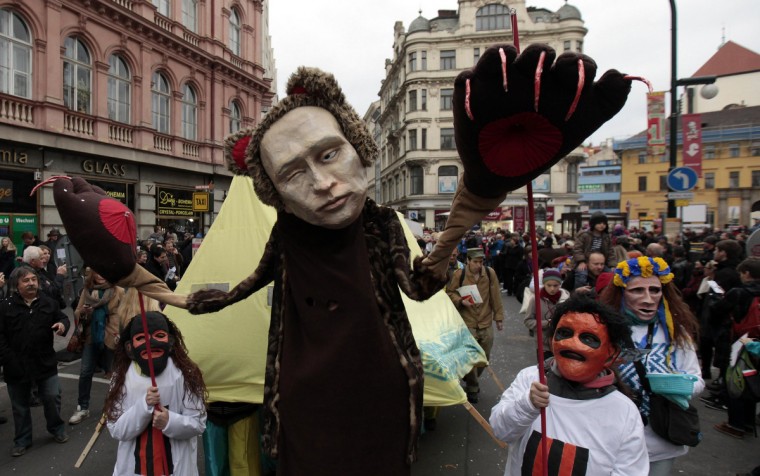 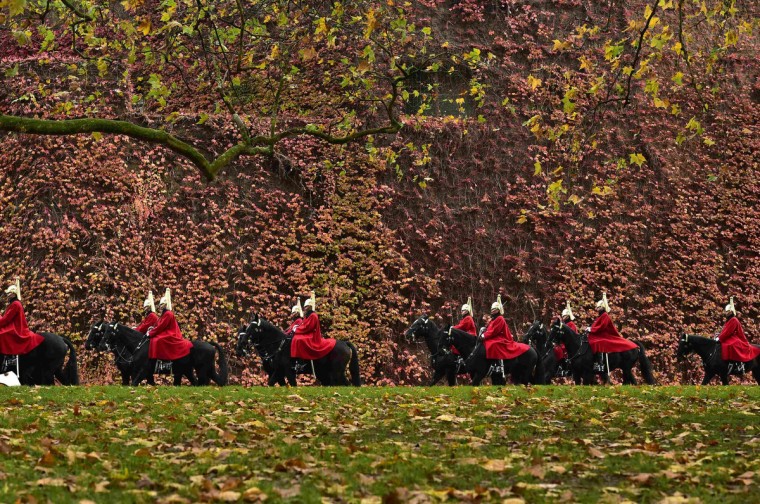 Members of the Queen’s Life Guard ride along Horse Guards Road in front of foliage in autumn color during the Changing of the Guard ceremony in central London. (Toby Melville/Reuters) 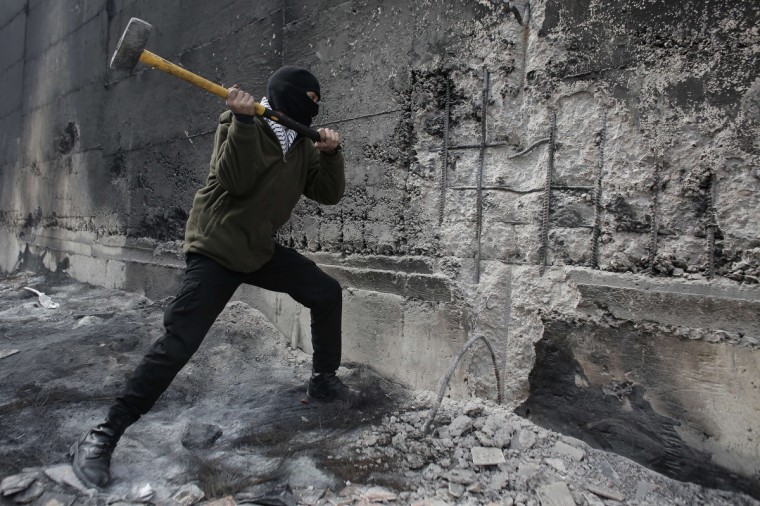 A Palestinian protester tries to hammer a hole through Israel’s controversial barrier that separates the West Bank town of Abu Dis from Jerusalem. A Palestinian bus driver, whose family lives in Abu Dis, was found hanged in his vehicle in west Jerusalem overnight, in what Israeli police said was an apparent suicide but a colleague said looked like murder. (Ahmad Gharabli/Getty Images) 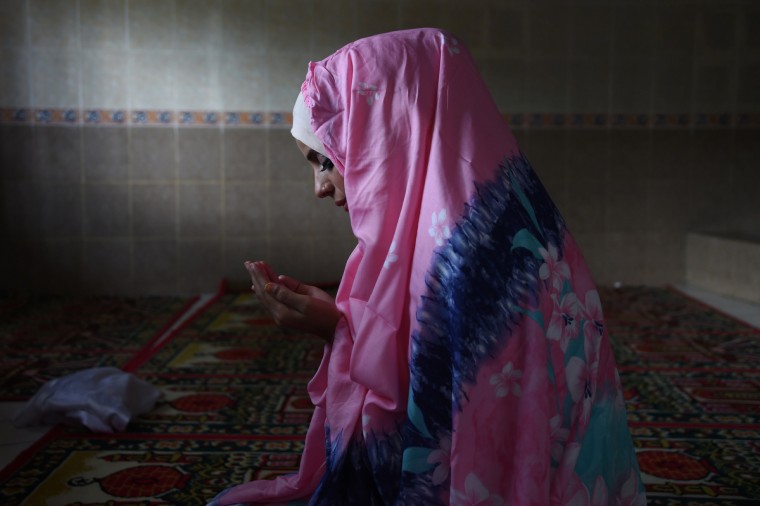 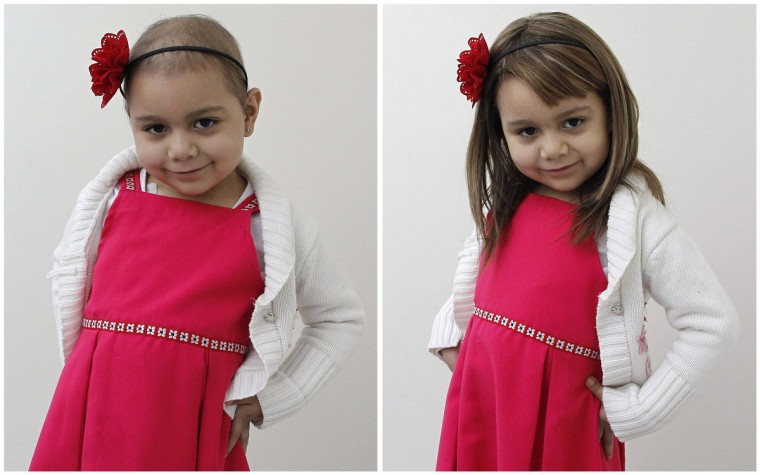 A combination of pictures shows Alexandra Munoz, 5, who lost her hair due to chemotherapy for a brain tumour, posing for a photograph without (L) and with a natural hair wig (R), which she received as a donation from hair stylist Marcelo Avatte in the cancer ward of the Luis Calvo Mackenna Hospital in Santiago. The wigs, handmade by Italian-Chilean hair stylist Marcelo Avatte and his team, have helped the children regain their self-esteem and confidence during cancer treatment. Renowned for making customised wigs, Avatte has donated more than 300 wigs since 2009 and says he was motivated to begin the project by the pain he felt when his own son lost his hair during chemotherapy. (Rodrigo Garrido/Reuters) 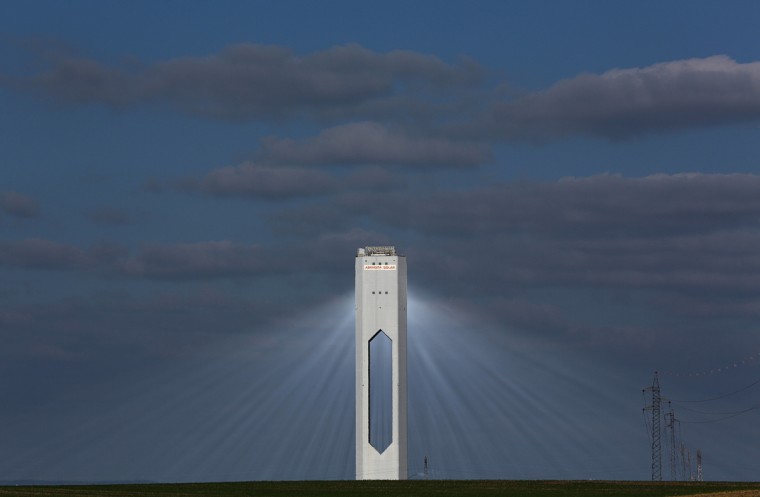 A tower at Abengoa solar plant at “Solucar” solar park is seen in Sanlucar la Mayor, near the Andalusian capital of Seville. Shares in Spanish renewable energy and engineering firm Abengoa rebounded on Monday – after falling sharply last week – after the company gave details of how it accounted for debt and set new leverage targets for 2014 and 2015. (Marcelo del Pozo/Reuters) 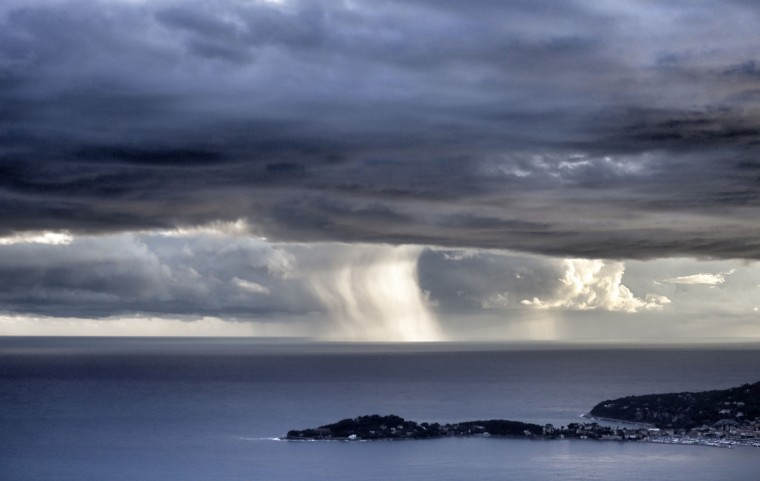 A water spout forms on the horizon on November 15, 2014 off the Mediterranean coastal city of Nice, in southeastern France. Valery Hache/Getty Images) 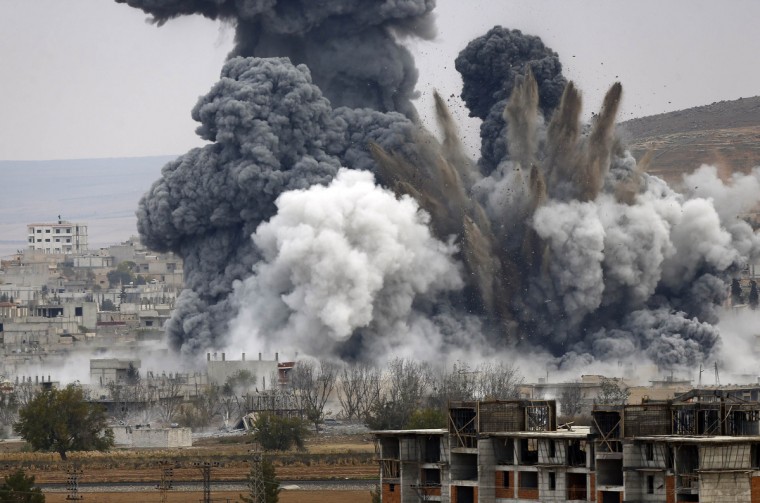 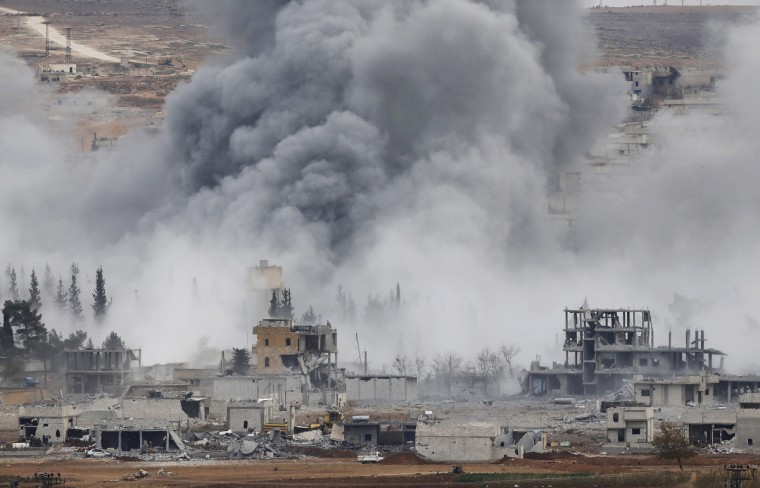 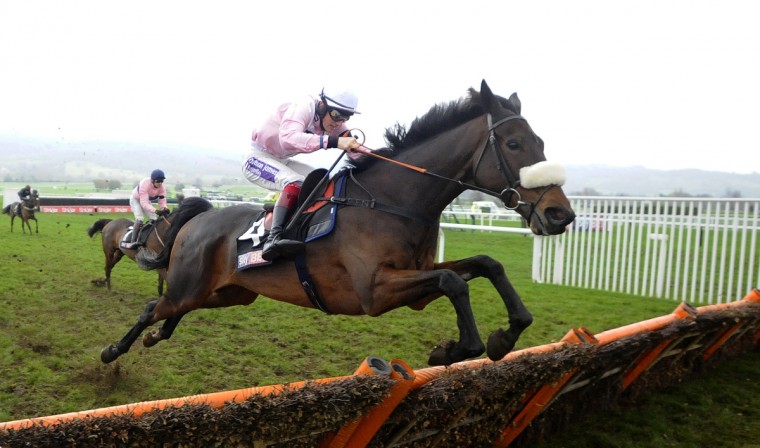 « 20 years later: Cuban raft exodus » The money factory: How a U.S. one dollar bill is printed