Life on “skid row” in Baltimore

At one time, skid rows were confined to a certain area of the city, near the urban center and on the beaten track. Then, urban renewal and decentralization of the city had taken their toll, leaving the Baltimore skid rows less clearly defined and the population dispersed throughout low-income sections of the city.

We gathered a collection of photos from The Sun’s reporting of the “skid rows” around Baltimore between the 1960s and 1980s. 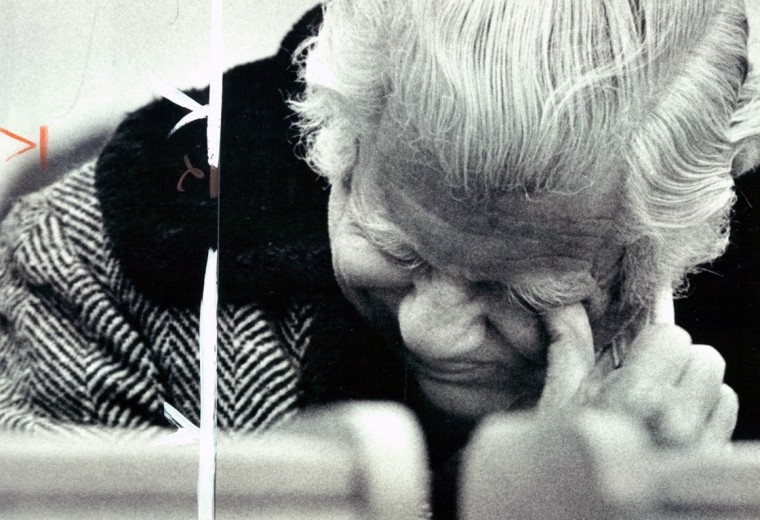 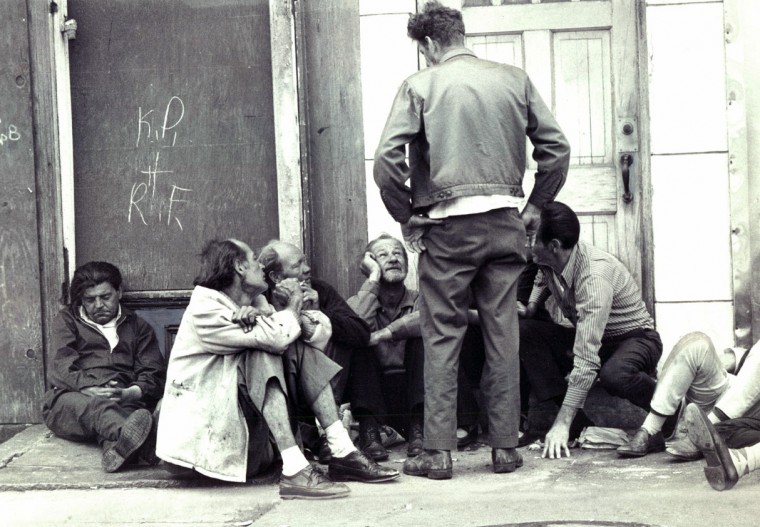 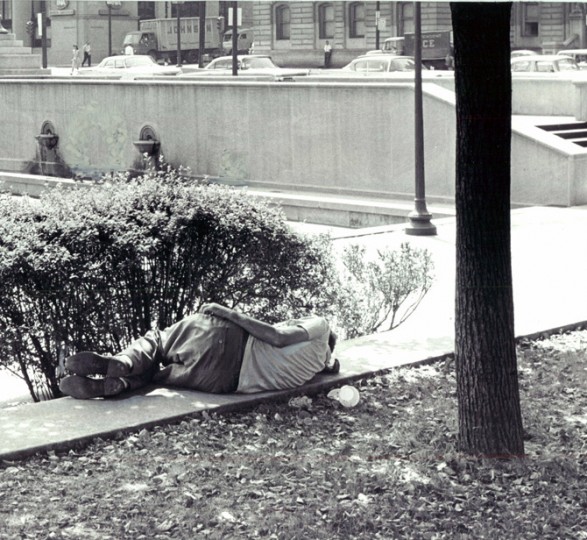 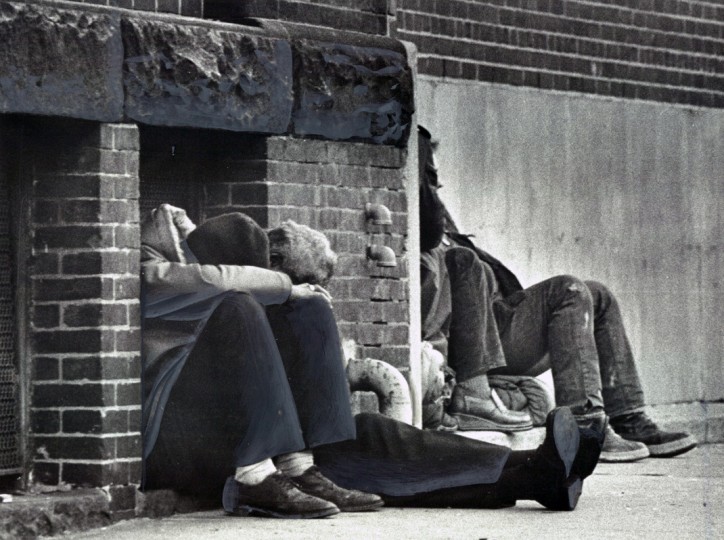 Despite the cold, some of the city’s street citizens catch a nap on E. Baltimore St. (Weyman Swagger/Evening Sun/Jan 5. 1979) 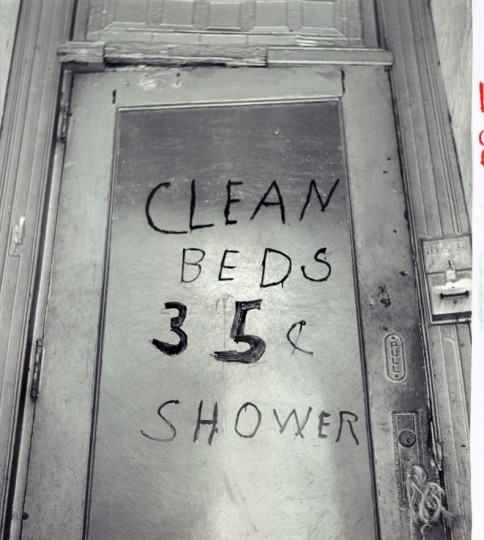 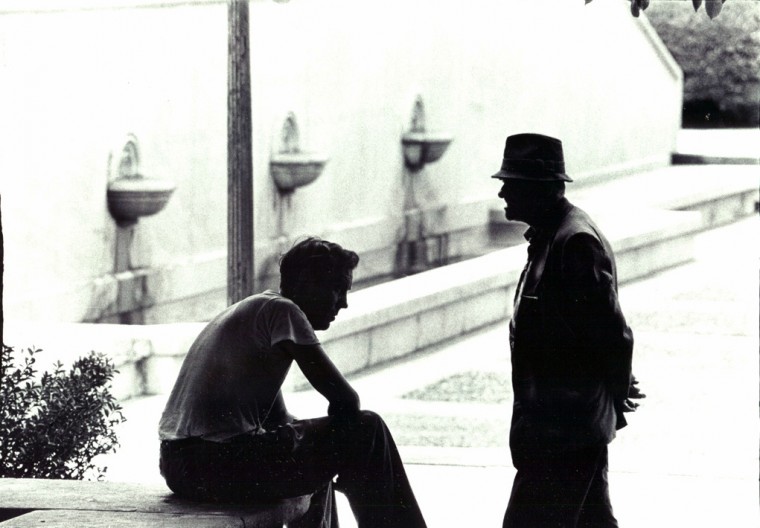 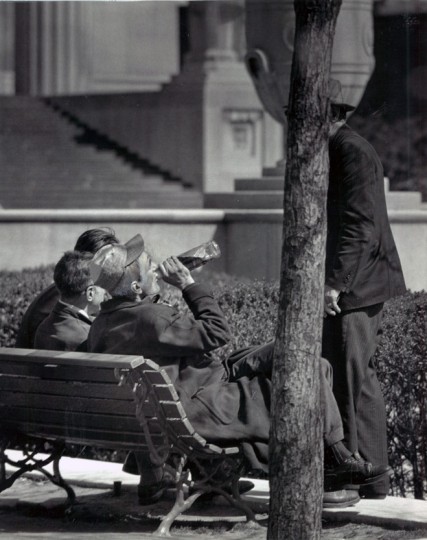 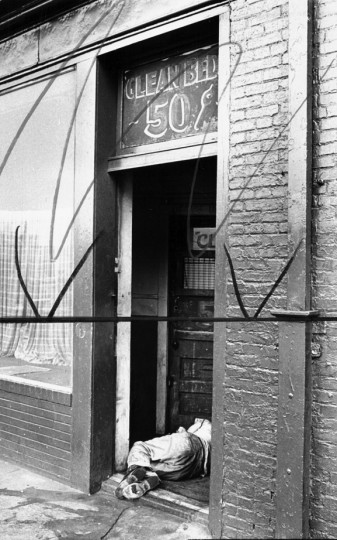 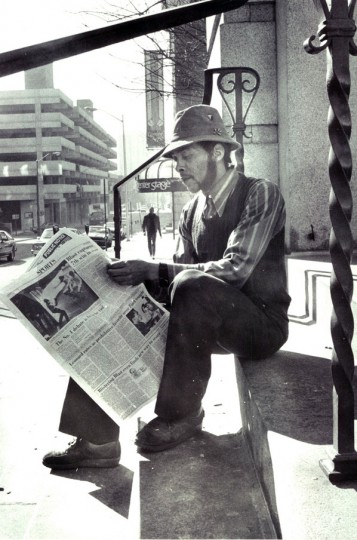 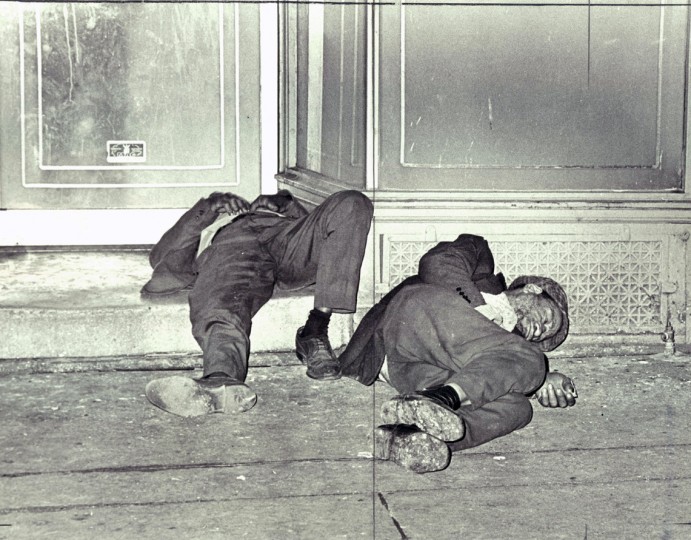 Nowhere to go: With the primary alcoholism treatment program on Fayette Street apparently offering only medical care and the temporary shelter for for derelicts shut down by the city, men like these sleep in doorways and abandoned houses and search garbage cans for food. (William H. Mortimer/Baltimore Sun/1976) 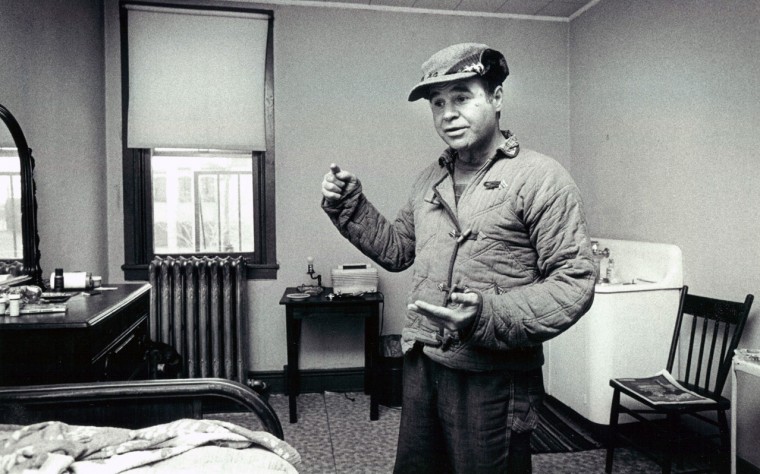 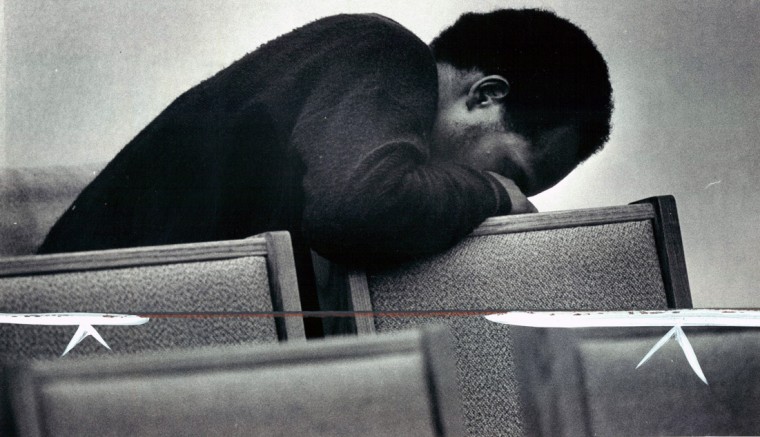 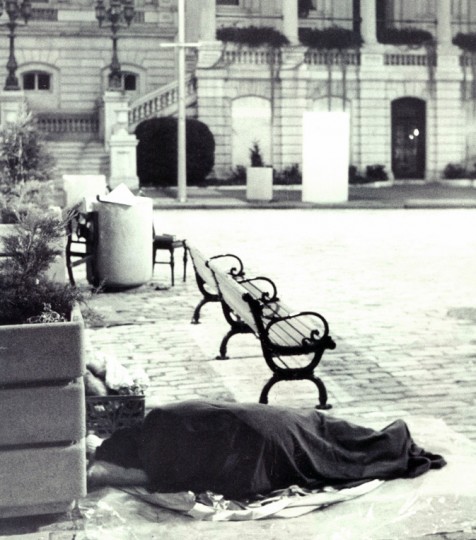 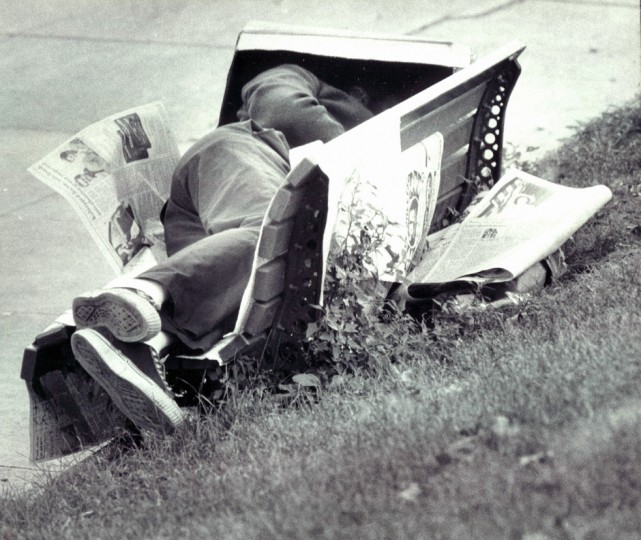 The city is again struggling over how to care for vagrants or, as some desire, remove them from public places. (Clarence B. Garret/Evening Sun/Oct. 20, 1982) 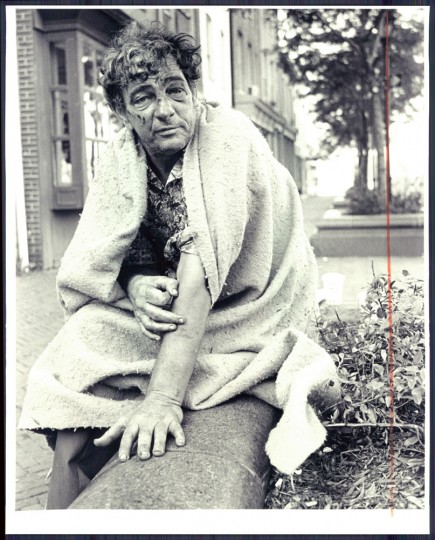 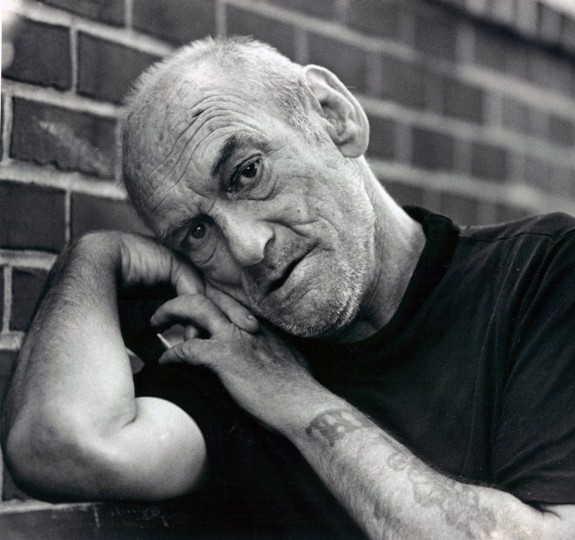 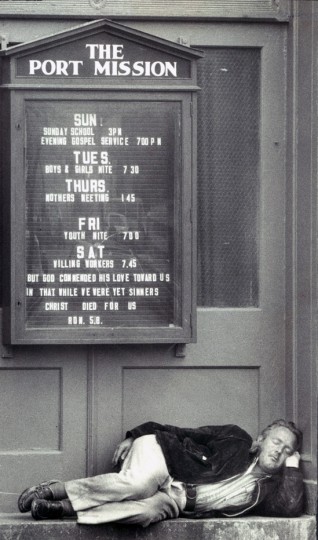 He could have hardly been waiting for Friday’s scheduled youth services but one habitue of South Broadway sought sanctuary of a sort on the steps of the Fort Mission near the waterfront in Fells Point where he was sleeping peacefully yesterday afternoon. It seemed a proper place all things considered for a soul waiting to be saved. (Richard Childress/Baltimore Sun/April 28, 1979) 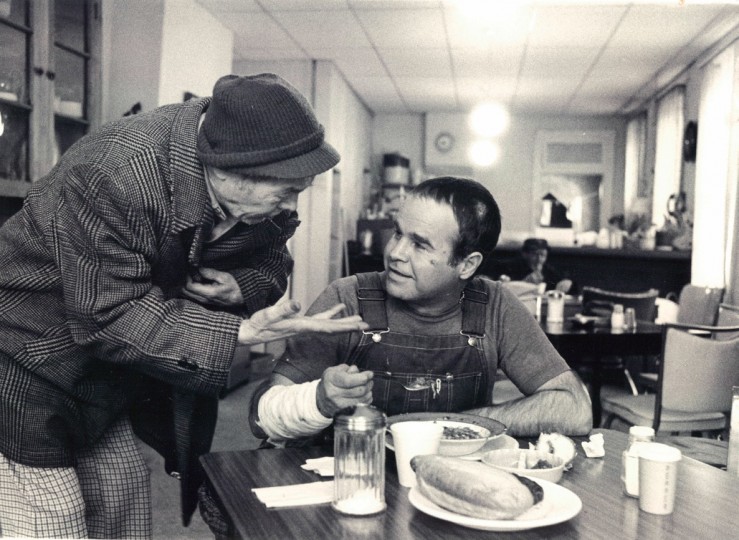 Don Dillow, a bandage covering a burn on his right arm, talks to a friend in beans & Bread, an Aliceanna Street soup kitchen. (Baltimore Sun/April 1, 1979)

Under the Jones Falls Expressway, one area regularly attracts a steady stream of residents, that are, in turn, cleared out only to reappear again. There are an estimated 2,500 to 4,000 homeless people in the city, though no number nailed down for sure.

Skid rows have cropped up around Baltimore in the past – along East Pratt, throughout Fells Point, along South Broadway and beyond, while other residents were in and out of group homes, soup kitchens and flophouses.

Until 1974, there was no existing agency to handle the problems of the homeless. Although various social service agencies were able to help them meet some of their needs, there was nothing addressed particularly to their plight.

With no financial backing and little institutional support, a trio of young social workers tried to change that with Project PLEASE (Persons Lacking Ample Shelter and Employment), working out of a donated office upstairs from a soup kitchen owned and operated by the midtown Churches Community Association.

After compiling figures from various regional social service agencies Mary Slicher, the third co-founder of Project PLEASE determined there may be as many as 18,000 people in Baltimore who fit into the “homeless” category in the mid-1970s, including all types of disaffiliated people, from migrant workers to drug abusers and alcoholics to former mental patients and convicts to the elderly.

“Skid row is just another part of homelessness that has been as continuous as human existence,” said Gerard Newman, a doctoral candidate at the University of Pennsylvania with a background in urban research, policy and planning while at a PLEASE-sponsored conference in the mid-1970s.

He defined skid row as a “distinctive rundown area in each city, usually near the downtown, that caters to and exploits the down-and-outers.”

The name skid row was derived nearly a century ago, at that time, from an area in Seattle where migrant loggers lived. A road to transport logs, called a skid, ran through the area and “skid row” evolved into “skid row.”

Skid rows were well established by the turn of the century, although the population was usually transitory as the residents were moved to create their own place in society. But with the depression of the 1930s, Newman said, “The character of skid row was changing.”

Original reporting by John Sherwood for The Baltimore Sun in 1961, Randi Henderson in 1974, and Eric Siegel in 1979, with additional research by Sun research librarian Paul McCardell.