World Pole Dance Championship, a shoe made of bark, a tunnel of Christmas lights | Nov. 25 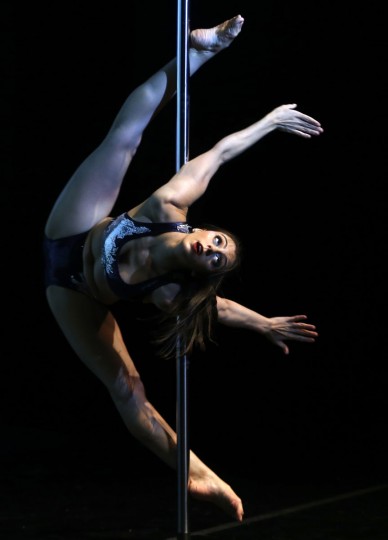 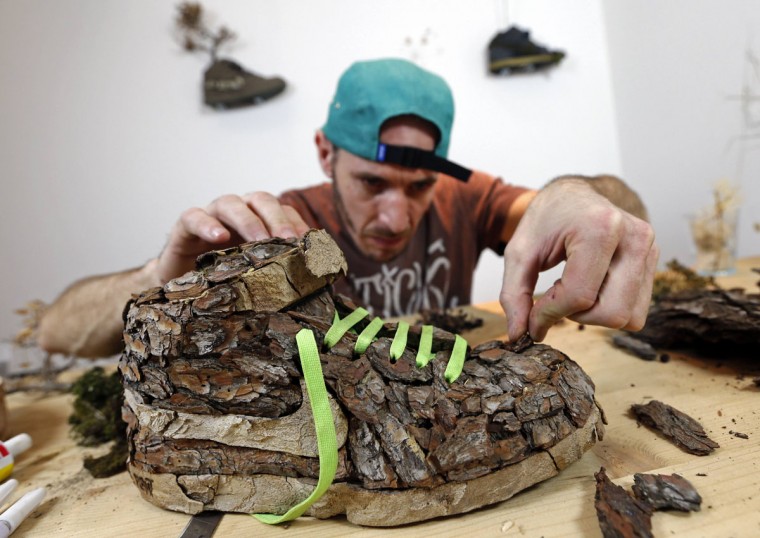 A woman holds a sign during a rally at Union Square in New York November 24, 2014. Missouri Governor Jay Nixon urged people in the St. Louis area to show respect and restraint following a grand jury’s decision on whether to criminally charge Darren Wilson, a white police officer, in the August fatal shooting of Michael Brown, an unarmed black teenager. (REUTERS/Shannon Stapleton) 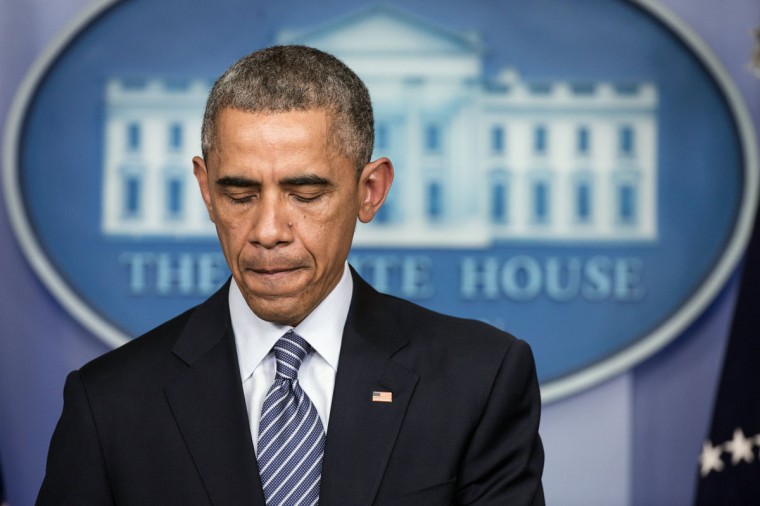 U.S. President Barack Obama pauses while making a statement in the wake of the decision by a Missouri grand jury not to charge a white police officer in the August fatal shooting of unarmed black teenager Michael Brown in Ferguson, at the White House in Washington November 24, 2014. The grand jury found there was no probable cause to charge Ferguson, Missouri, police officer Darren Wilson with any crime for the shooting of 18-year-old Brown, an incident that highlighted longstanding racial tensions in the predominantly black city, which has a white-dominated power structure. (REUTERS/Joshua Roberts) 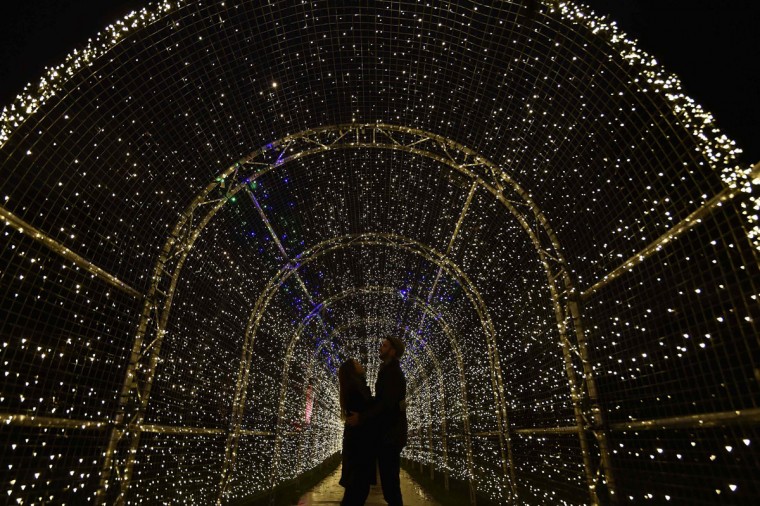 Alex Little (R) and Miranda Jenatka pose as they view a light installation at Kew Gardens in west London, November 25, 2014. The annual Christmas illuminated night trail at the botanical gardens will open from Wednesday until January 3, 2015. (REUTERS/Toby Melville) 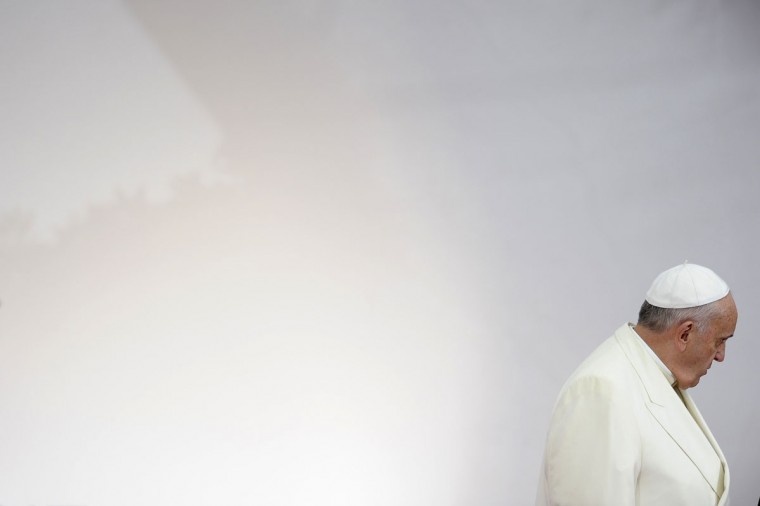 Pope Francis listens to the anthems upon his arrival at the European Parliament, in Strasbourg, November 25, 2014. Pope Francis told Europe’s leaders on Tuesday to do more to help thousands of migrants risking their lives trying to get into the continent, saying they had to stop the Mediterranean becoming “a vast cemetery”. (REUTERS/Nicolas Bouvy/Pool) 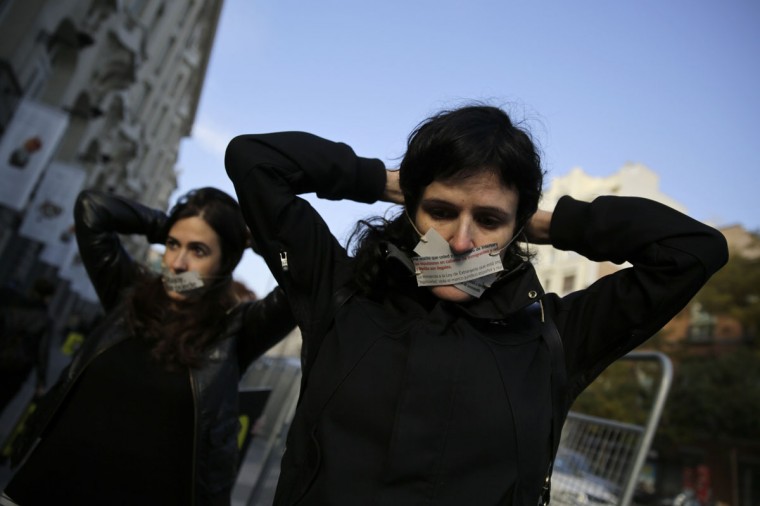 Amnesty International activists cover their mouths during a protest against the government’s new security law, near the Spanish parliament in Madrid, November 25, 2014. (REUTERS/Andrea Comas) 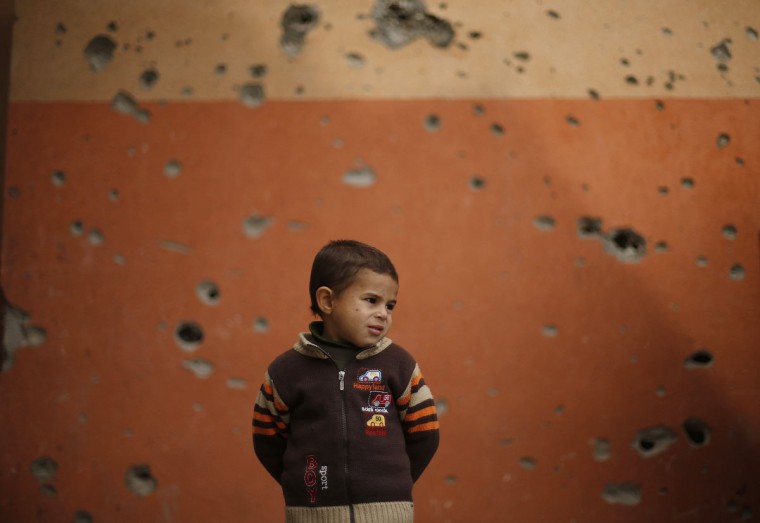 A Palestinian boy stands outside a mosque, that witnesses said was damaged by Israeli shelling during the most recent conflict between Israel and Hamas, on a winter day in Beit Hanoun town, northern Gaza Strip, November 25, 2014. (REUTERS/Suhaib Salem) 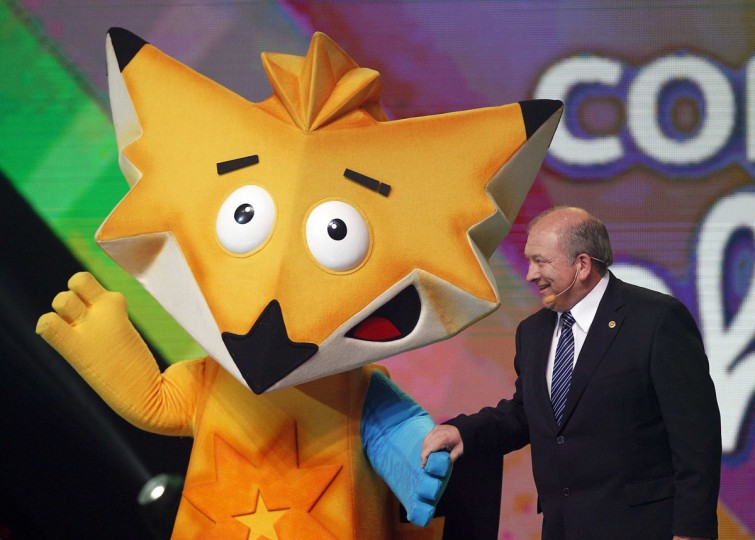 Rene Rozas, director of the Copa America Chile 2015 soccer tournament, stands on stage with the tournament’s mascot, a fox, before the official draw for the 2015 edition of the South American soccer tournament in Vina del Mar November 24, 2014. (REUTERS/Rodrigo Garrido) 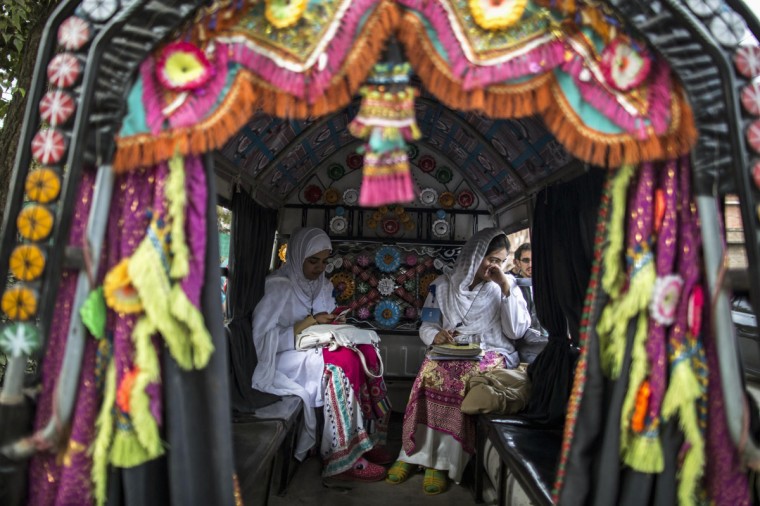 Students sit in public transport outside the Psychology Department of the University of Peshawar November 24, 2014. (REUTERS/Zohra Bensemra) 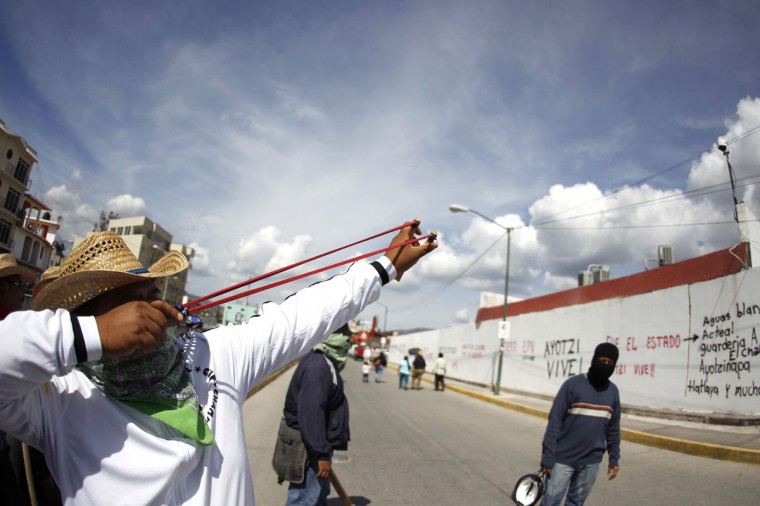 A member of the CETEG (State Coordinator of Education Workers of Guerrero) union uses a slingshot to shoot a stone towards a security camera as they block the entrance of the Attorney General’s Office in Chilpancingo, in the Mexican state of Guerrero, November 24, 2014. The CETEG members blocked the access to the Attorney General’s Office in Chilpancingo as part of a protest over the 43 missing trainee teachers. Embattled Mexican President Enrique Pena Nieto called on Mexico’s states on Friday to swiftly adopt steps to modernise the justice system as he tries to defuse mass protests over the apparent massacre of 43 trainee teachers. Since the students were abducted by police and handed over to a local drug gang in the southwestern city of Iguala on September 26, a wave of discontent has hit the government, spurring calls at protests and on social media for Pena Nieto to step down. (REUTERS/Jorge Dan Lopez) 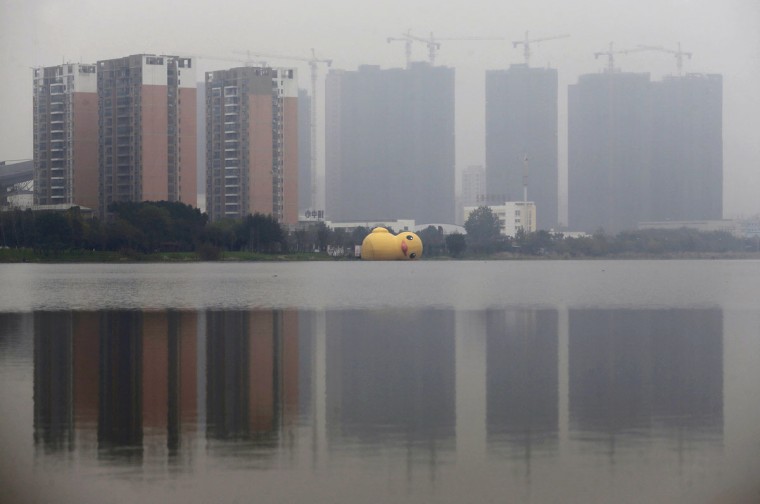 An over-turned inflated rubber duck floats on a lake, in front of a construction site for residential buildings, during a hazy day in Wuhan, Hubei province, November 25, 2014. Gains in property and brokerage stocks led the benchmark indexes in Hong Kong and mainland China higher as investors anticipated a cut in mortgage rates. (REUTERS/Stringer) 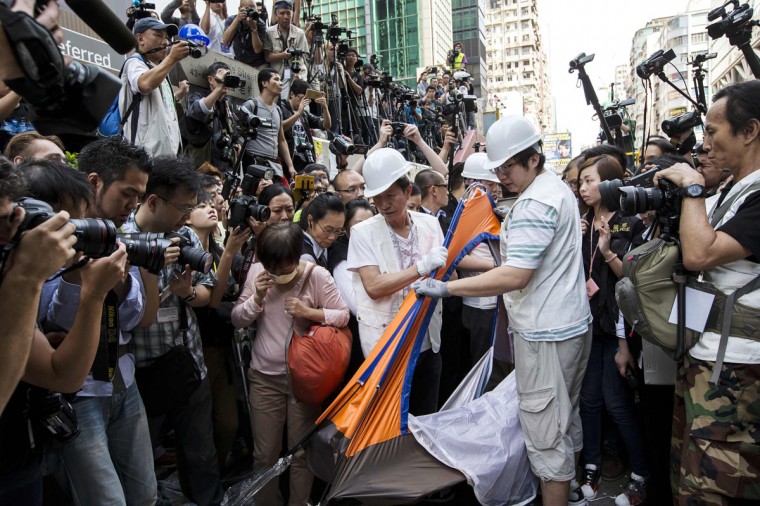 Workers representing bailiffs remove a tent, on one of the main streets occupied by protesters as part of the Occupy Central civil disobedience movement, at Mongkok shopping district in Hong Kong November 25, 2014. Hong Kong authorities encountered little resistance as they began clearing part of a pro-democracy protest camp in the bustling district of Mong Kok on Tuesday following a court order to reopen a road. (REUTERS/Tyrone Siu) 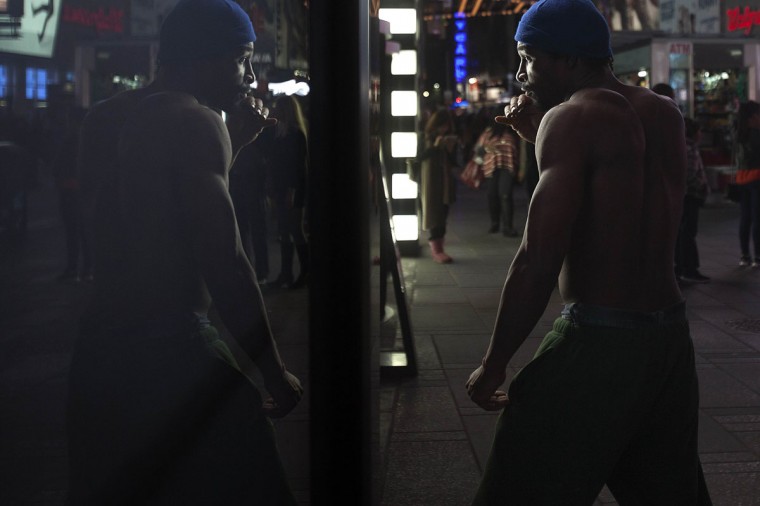 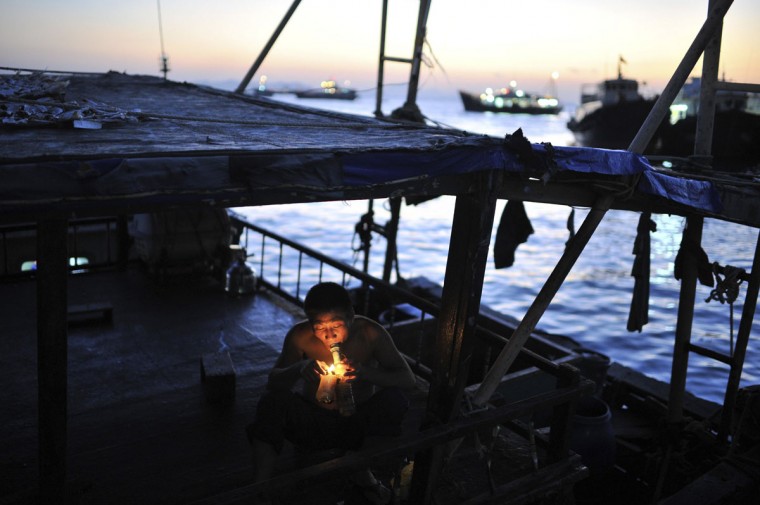 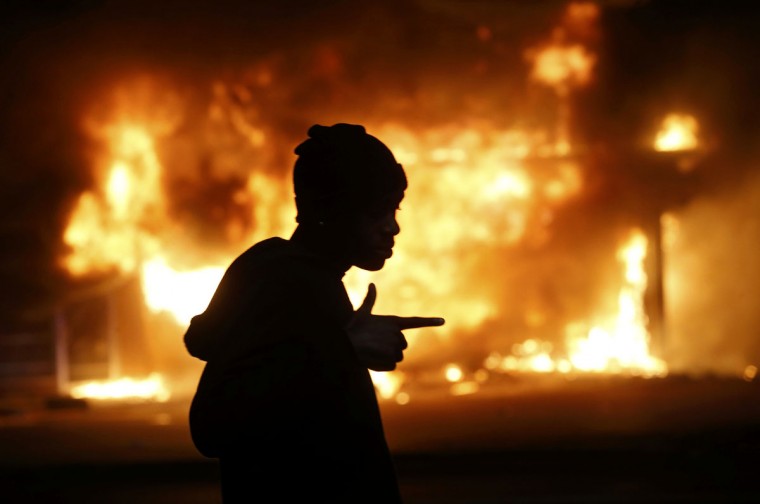 A man walks past a burning building during rioting after a grand jury returned no indictment in the shooting of Michael Brown in Ferguson, Missouri early November 25, 2014. Gunshots were heard and bottles were thrown as anger rippled through a crowd outside the Ferguson Police Department in suburban St. Louis after authorities on Monday announced that a grand jury voted not to indict a white officer in the August shooting death of an unarmed black teen. (REUTERS/Jim Young)