It’s been a long time coming for Marriotts Ridge varsity field hockey. In its ninth season, the Mustangs have captured a spot atop the final county standings — albeit a three-way tie shared with Atholton and Glenelg.

But standing in the way on the road to the title was a late-season game against the Howard Lions, whose season included a four-game win streak.

Coach Stacie Gado and her girls allowed Howard County Times Sports to document the team’s preparations for the Howard game in the next installment of our continuing “all-access” series. 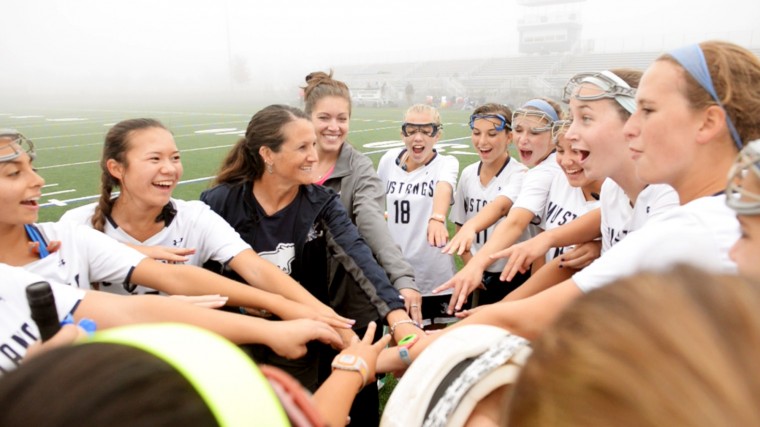 To make this video happen, we needed two shooters — myself and our video intern, Megan Rufty. Megan took care of shooting game footage, while I focused on Gado and her coaching.

You’ll notice the heavy fog that day, which presented a unique problem that we haven’t encountered before in the series. Not only did it interfere with our ability to film game footage from far away, but it interfered with the wireless microphone system. In order to get what we needed, we had to stay close to the field and close to Coach Gado. In the end, it worked out… so, enjoy!