Baltimore Sun community papers’ photographers were out again this past week capturing moments from high school sports games, which featured a county field hockey championship game in Baltimore County. Here’s a collection of shots from Howard, Harford and Baltimore counties. 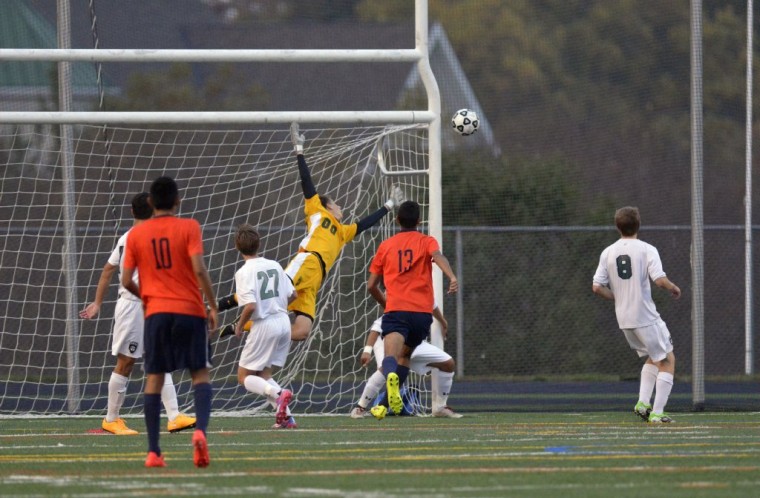 Atholton’s goal keeper, Noah Bathras, dives for the ball as it soars wide in Thursday’s game against Reservoir. (Nicole Munchel/BSMG) 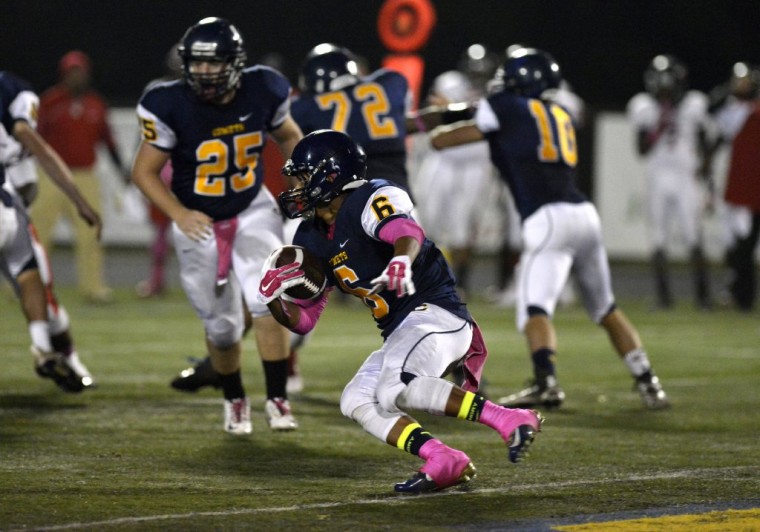 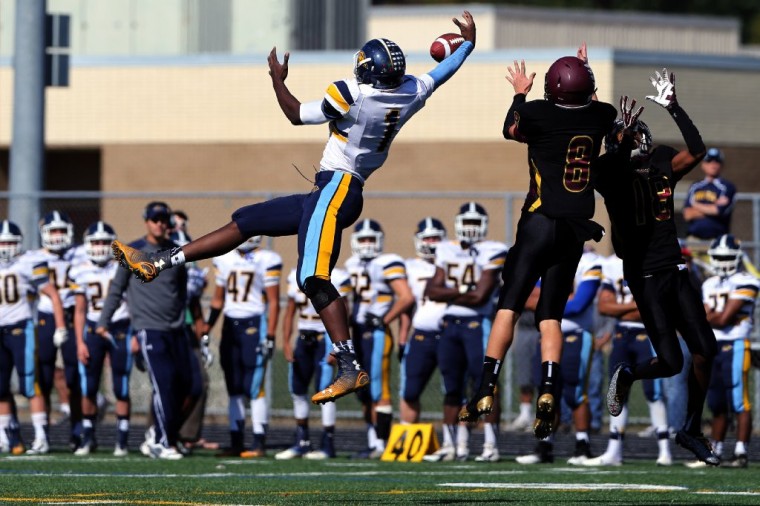 Jonathan Kanda, left, of River Hill makes a catch in front of Andrew Comeau, center, and Clinton Harris of Hammond during a football game at Hammond High School. (Matt Hazlett/BSMG) 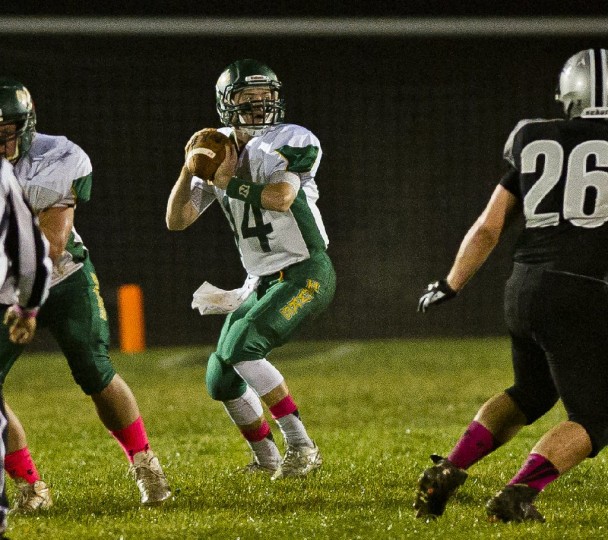 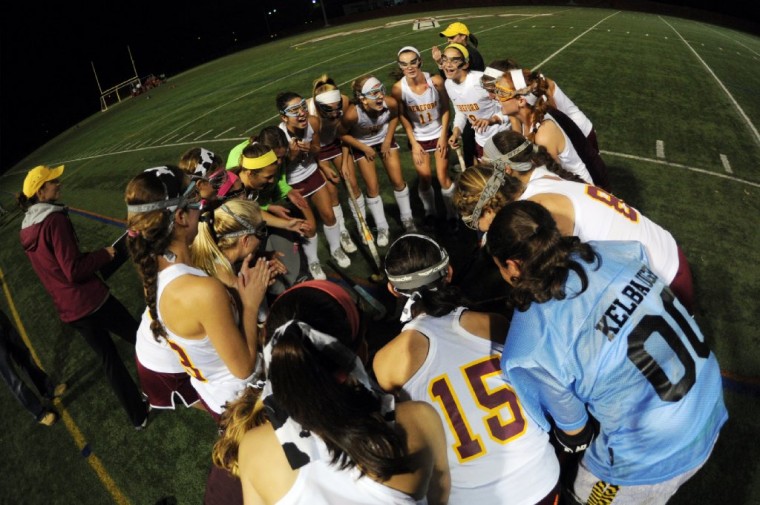 Hereford players come together for a group cheer before the start of the game with Dulaney during the Baltimore County field hockey championship game at Woodlawn High School. (Brian Krista/BSMG) 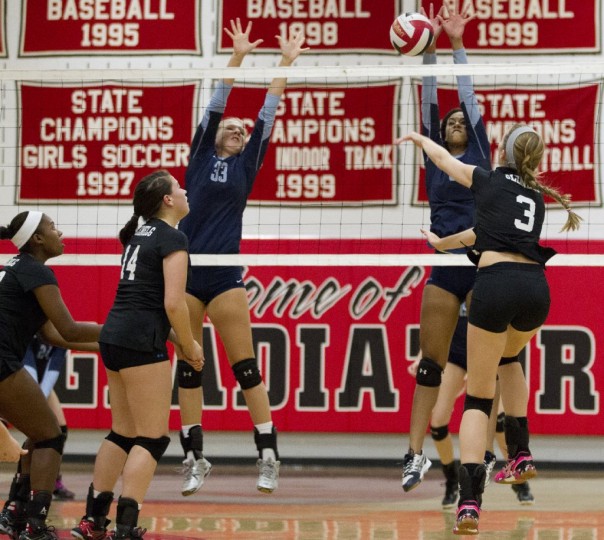 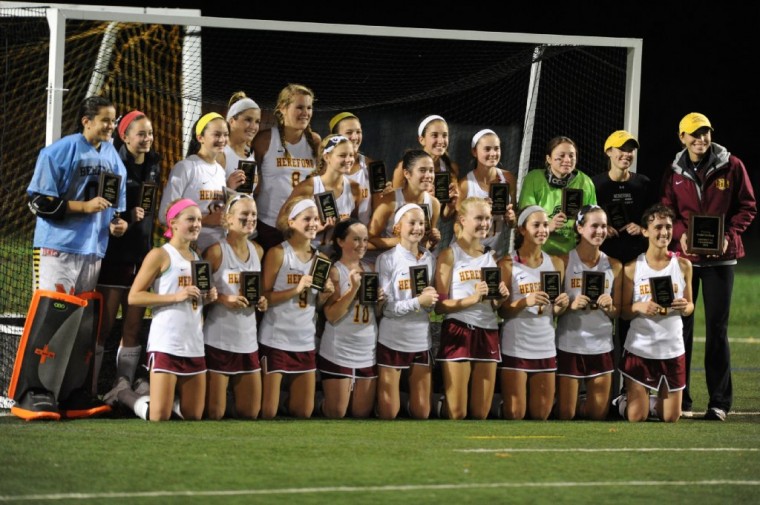 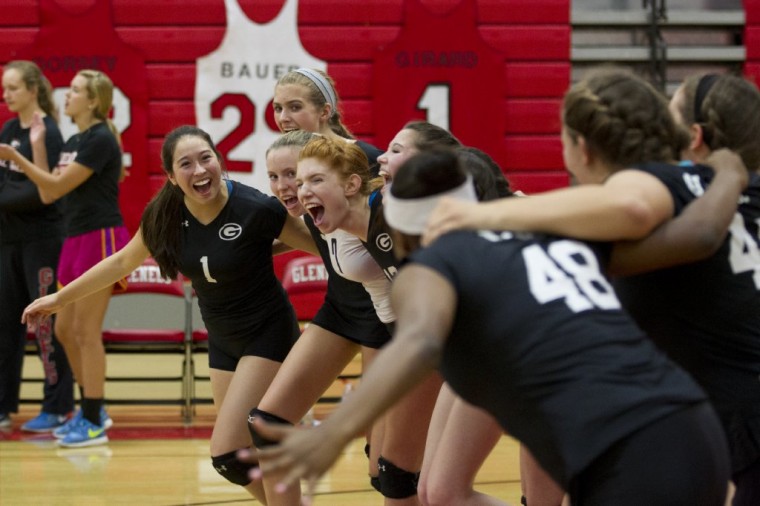 Glenelg gets together before the volleyball match against Howard at Glenelg High School Thursday, Oct. 16. (Jen Rynda/BSMG) 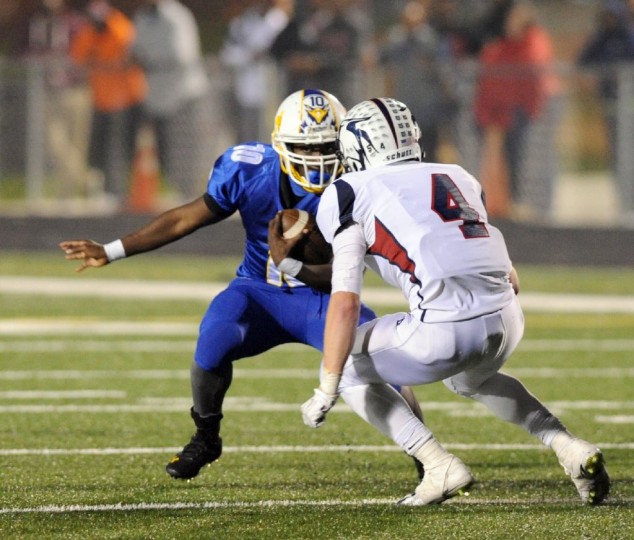 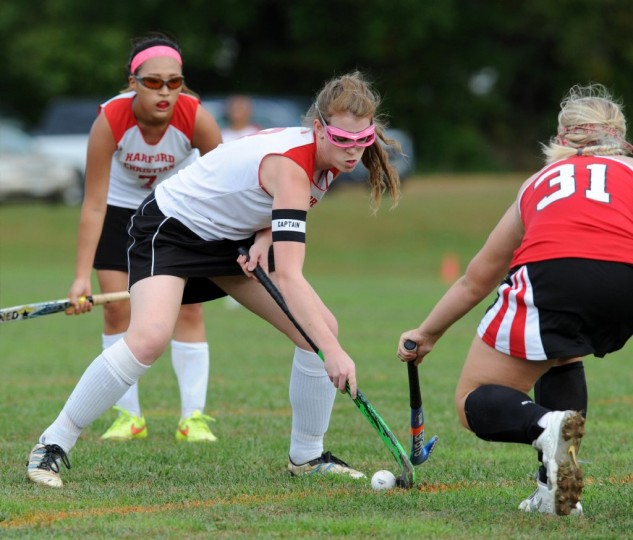 Harford Christian’s Sue Edwards makes a move to keep the ball from Edgewod’s Jordyn Carll as she charges in to attempt the steal in Tuesday’s game at Harford Christian School. (Matt Button/BSMG) 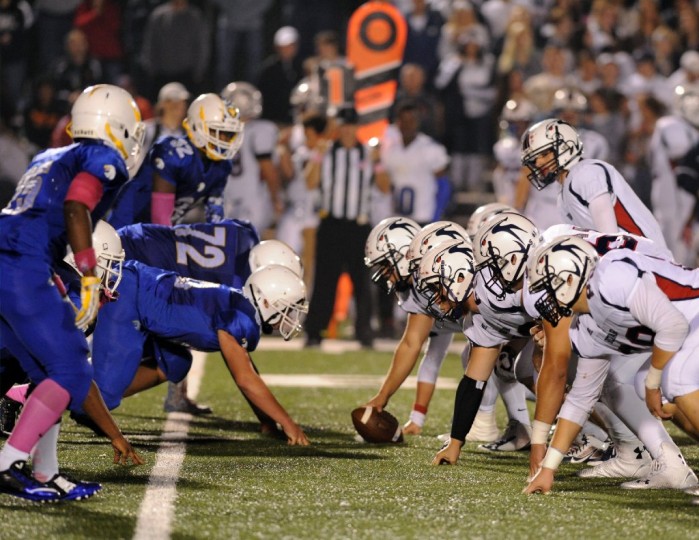 The Aberdeen defense is ready to pounce as Bel Air quarterback Daniel Webber steps up to the line during Thursday night’s game at Aberdeen. (Matt Button/BSMG) 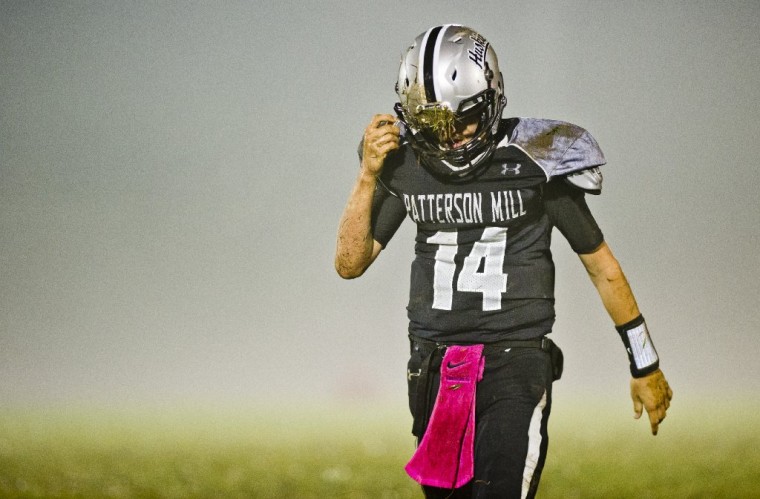 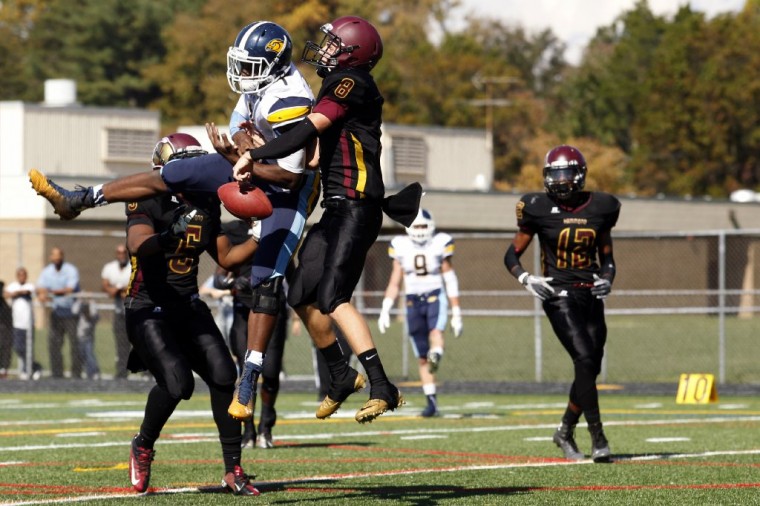 Andrew Comeau, right, of Hammond breaks up a pass thrown to Jonathan Kanda of River Hill during a football game at Hammond High School. (Matt Hazlett/BSMG) 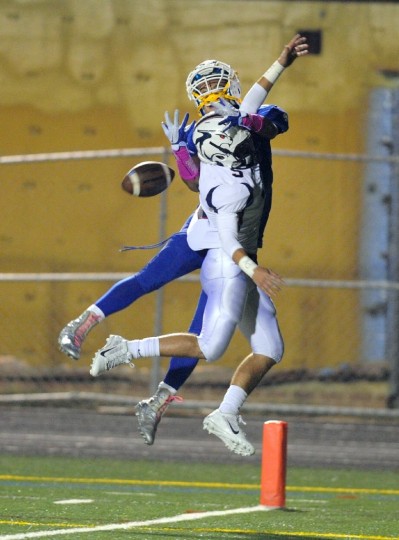 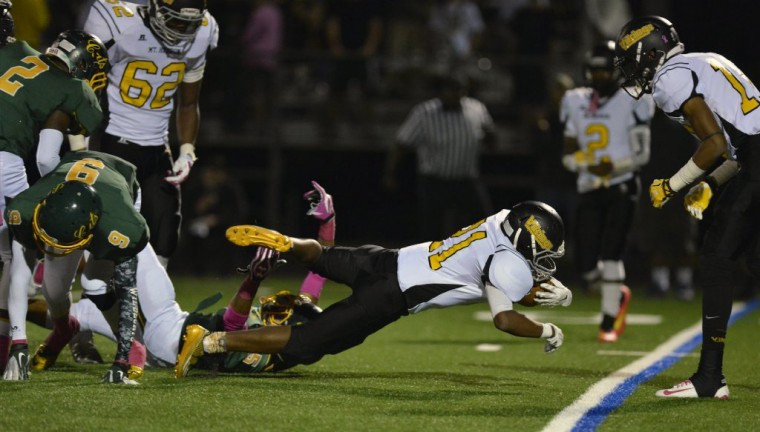 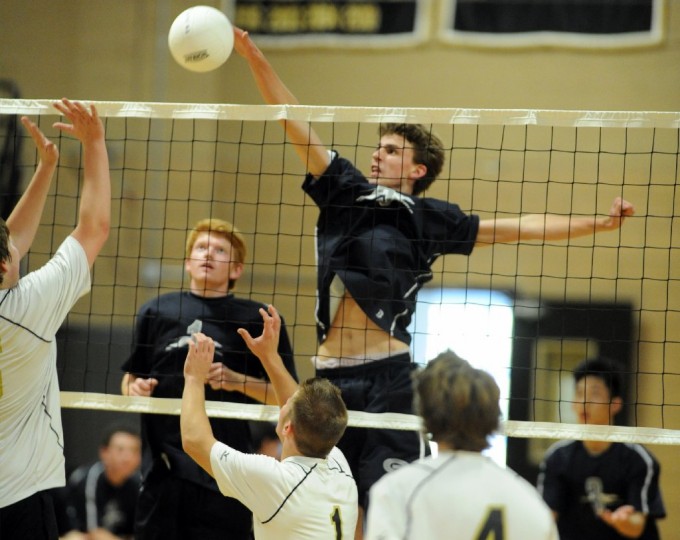 Gilman’s Ben Gantt spikes the ball down on the John Carroll side of the net during a boys volleyball match at John Carroll School in Bel Air. (Brian Krista/BSMG)