Flooding in Pakistan, a Pistorius verdict, fish of a different color | Sept. 12 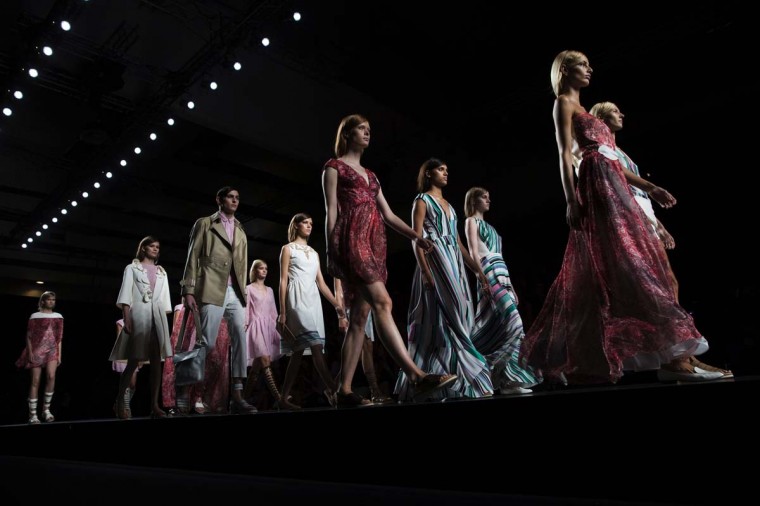 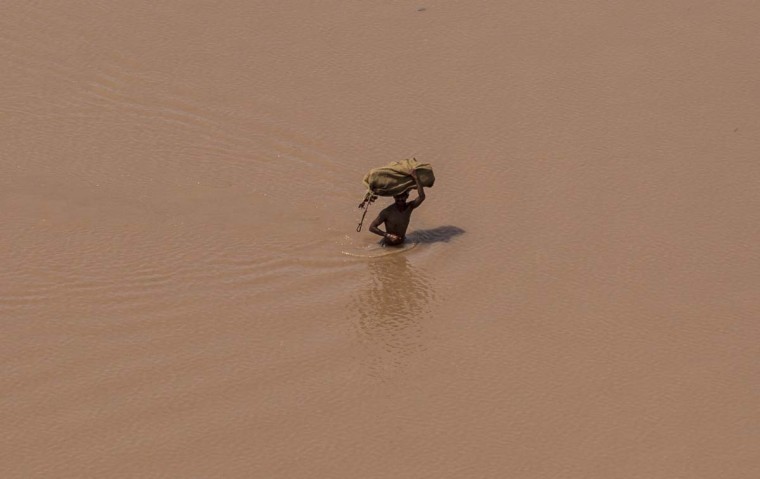 A flood victim wades through a flooded field is pictured from a Pakistani air force helicopter in Multan, Punjab province, September 12. Floods that have killed 450 people in India and Pakistan began to recede on Wednesday giving rescue teams a chance to evacuate thousands of villagers stranded by the heaviest rainfall in 50 years in the heavily militarised and disputed region of Kashmir. || PHOTO CREDIT: ZOHRA BENSEMRA – REUTERS 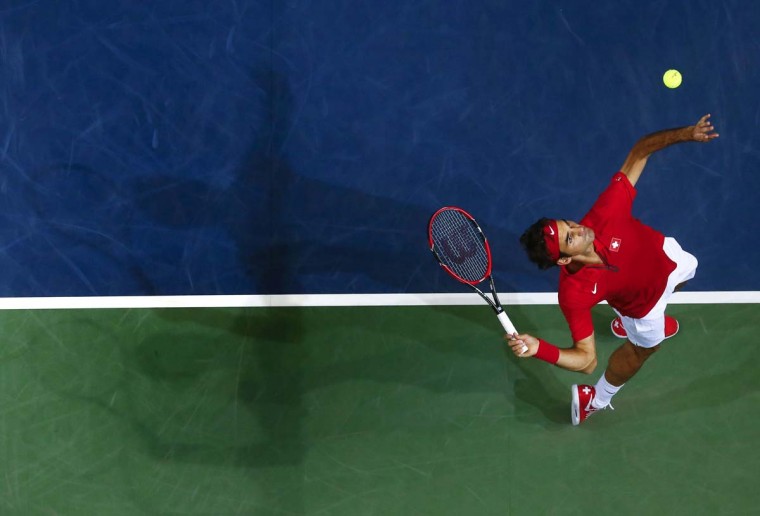 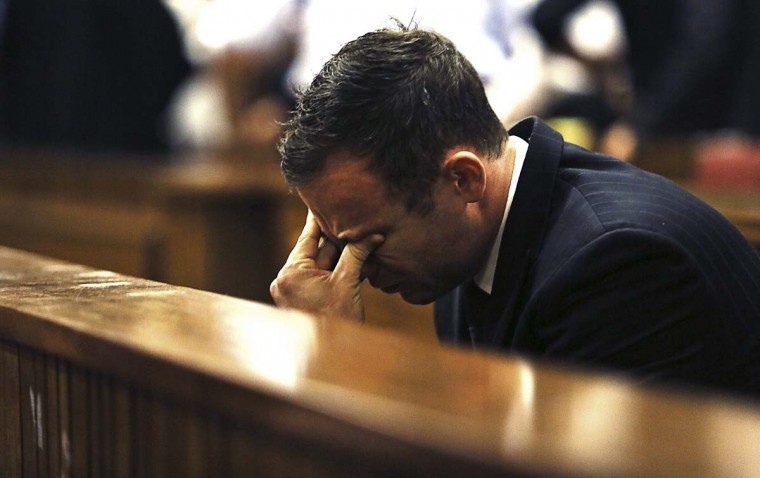 Olympic and Paralympic track star Oscar Pistorius reacts as Judge Thokozile Masipa (unseen) delivers her verdict at the North Gauteng High Court in Pretoria September 12. Pistorius was convicted of culpable homicide on Friday, escaping the more serious charge of murder for the killing of his girlfriend, Reeva Steenkamp, and will now battle to avoid going to prison. || PHOTO CREDIT: ALON SKUY/POOL – REUTERS 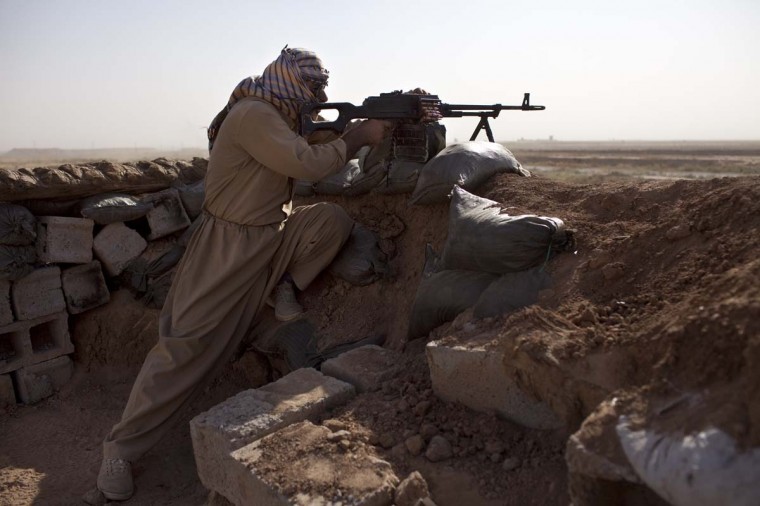 A Kurdish Peshmerga fighter holds a position at a frontline in Yangije, where heavy clashes against Islamic States (IS) fighters took place the previous night, 50 kms east of Tikrit, on September 11. Ten Arab states, including heavyweight Saudi Arabia, agreed in Jeddah to rally behind Washington in the fight against Islamic State jihadists, as it seeks to build an international coalition. || CREDIT: JM LOPEZ – AFP/GETTY IMAGES 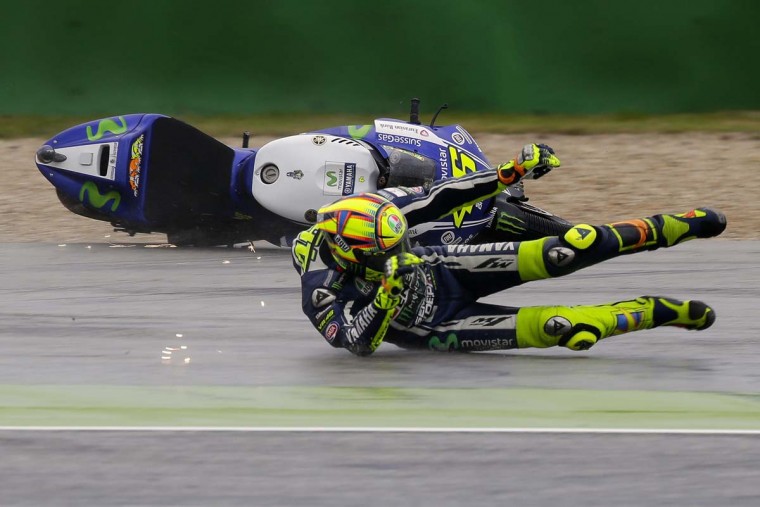 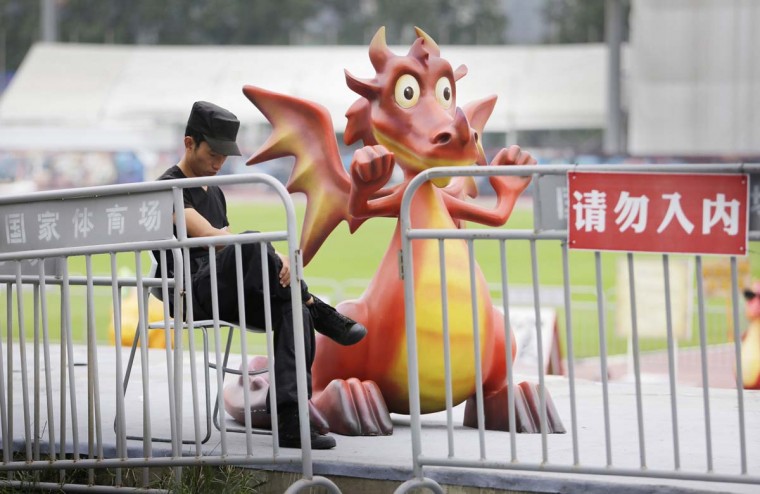 A security guard looks at his mobile phone next to a sculpture of a dragon character from a cartoon, at an entrance of a movie theme park of “How to Train Your Dragon” in Beijing, September 12. The red sign reads, “Do not enter”. || PHOTO CREDIT: JASON LEE – REUTERS 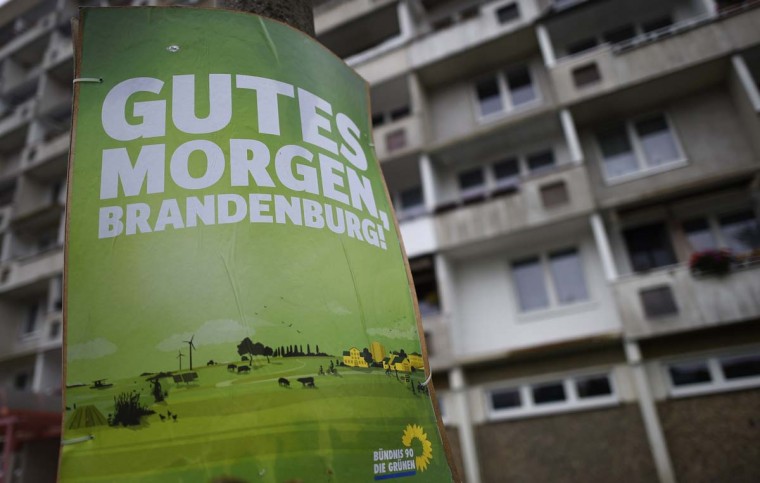 An election poster of the ecological Greens party is pictured next to a concrete building in Cottbus, eastern Germany, September 12. Regional elections will take place in the eastern federal states of Thuringia and Brandenburg on September 14, 2014. || CREDIT: TOBIAS SCHWARZ – AFP/GETTY IMAGES 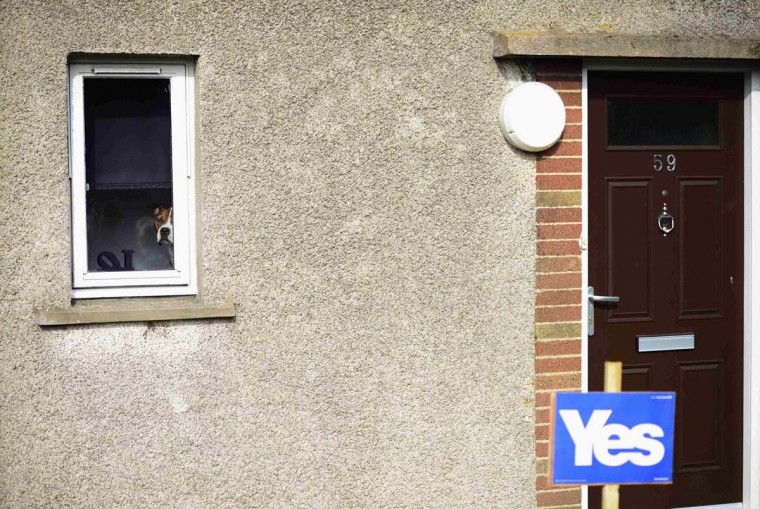 A dog peers out of a window inside a house with a “Yes” poster as Scotland’s First Minister Alex Salmond (unseen) canvasses in Dyce, Aberdeen, northern Scotland September 12. The referendum on Scottish independence will take place on September 18, when Scotland will vote whether or not to end the 307-year-old union with the rest of the United Kingdom. || PHOTO CREDIT: DYLAN MARTINEZ – REUTERS 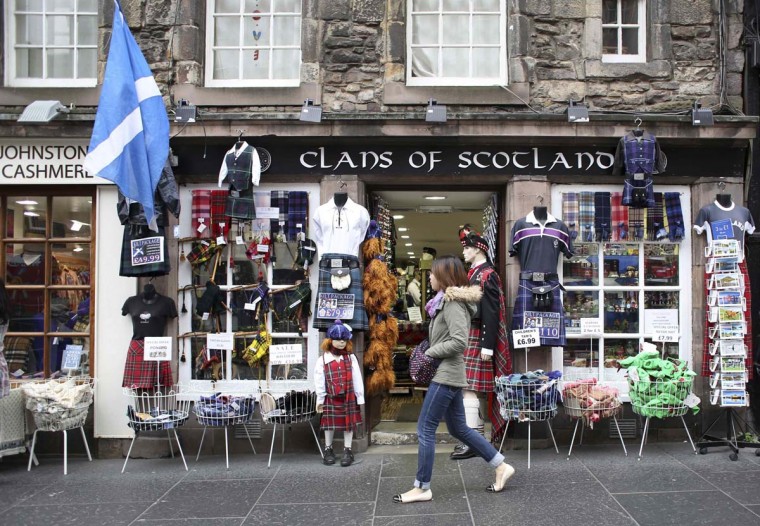 A pedestrian walks past a shop selling Scottish memorabilia in Edinburgh, Scotland September 12.The referendum on Scottish independence will take place on September 18, when Scotland will vote whether or not to end the 307-year-old union with the rest of the United Kingdom. || PHOTO CREDIT: PAUL HACKETT – REUTERS 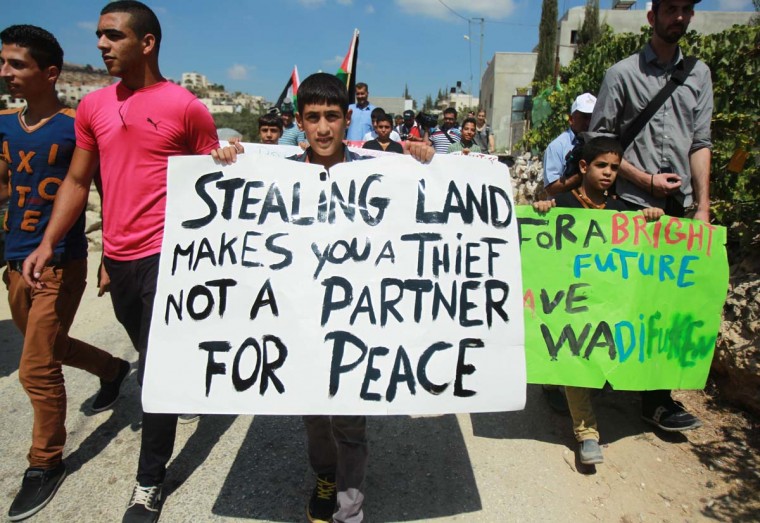 Palestinian protesters hold posters and wave Palestinian flags during a demonstration against the decision by Israel to expropriate 400 hectares (988 acres) of land near the West Bank village of Wadi Fukin, on September12. Israel announced last week its biggest land grab in the West Bank since the 1980s, saying it planned to expropriate 400 hectares (988 acres) of land in the south of the territory, between the cities of Bethlehem and Hebron. || CREDIT: MUSA AL SHAER – AFP/GETTY IMAGES 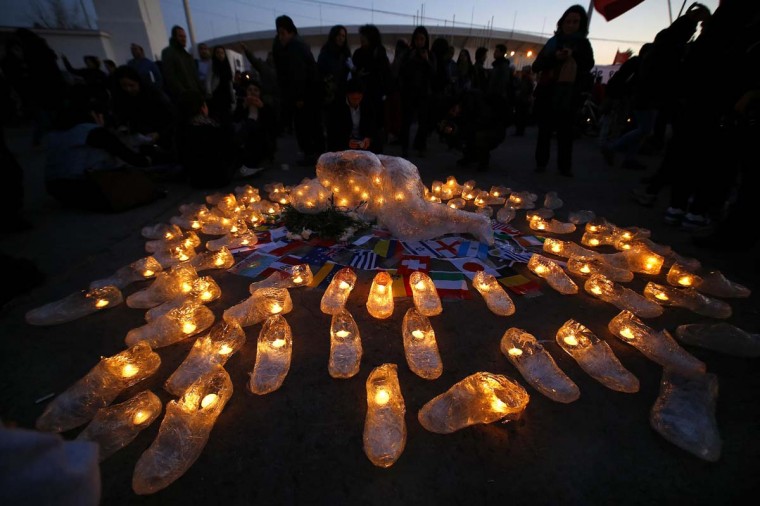 An installation depicting a missing person is displayed in front of the Chile’s national stadium, which was used as a detention and torture centre after the coup that ushered in former General Augusto Pinochet’s regime, in Santiago, September 11. Thursday marks the 41st anniversary of the coup d’etat in Chile that ushered in a 17-year dictatorship under former General Pinochet. || PHOTO CREDIT: IVAN ALVARADO – REUTERS 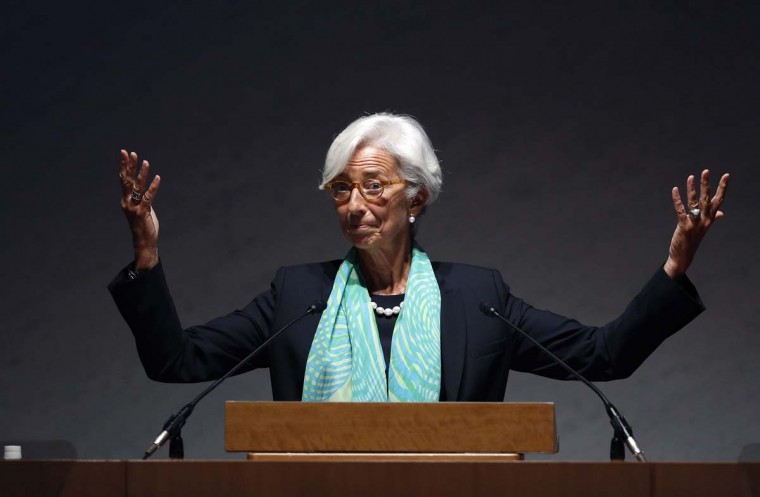 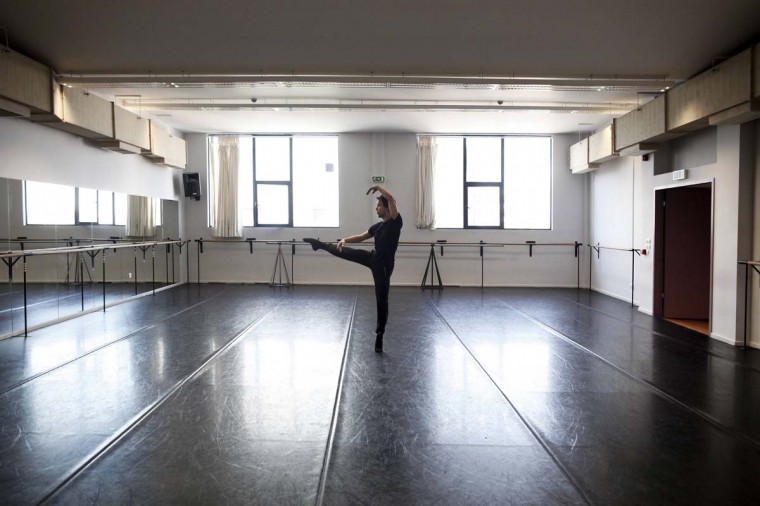 Principal dancer of the Greek National Opera ballet Danilo Zeka performs a choreography during a training session in Athens September 11. According to local media, the national opera has significantly increased its production in the last few years, achieving a raise in its profits and attracting more spectators, during a tough austerity period for Greeks. Picture taken September 11, 2014. || PHOTO CREDIT: ALKIS KONSTANTINIDIS – REUTERS 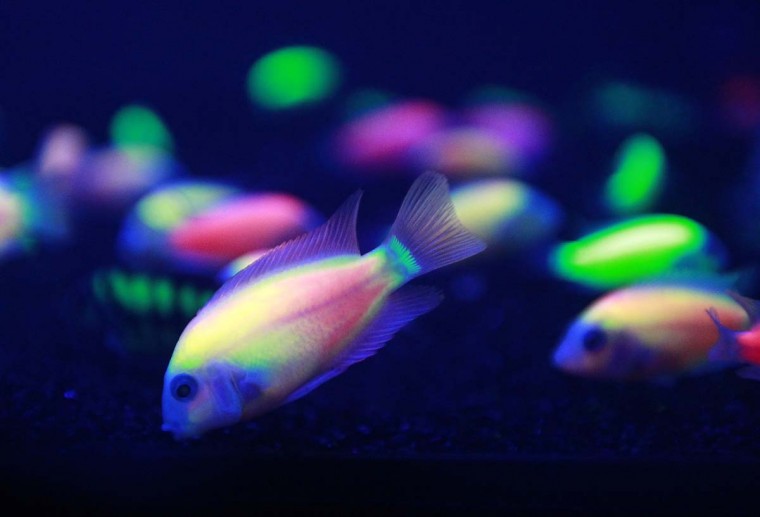 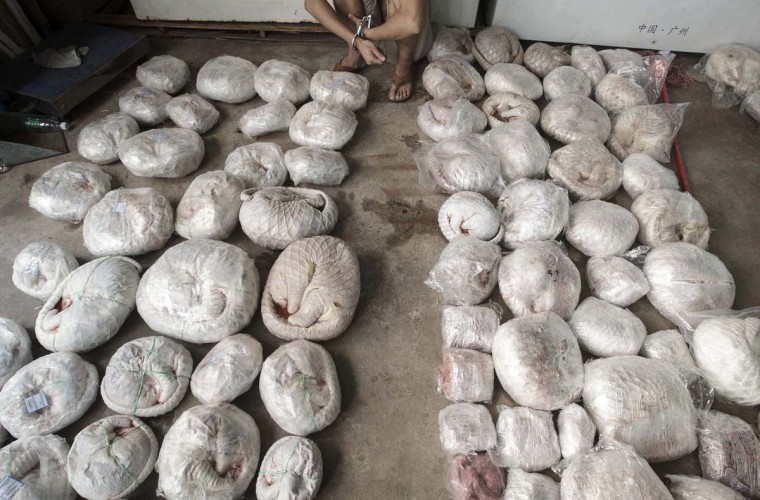 A man (top) in handcuffs crouches next to slaughtered pangolins after they were seized by the authorities, at an underground garage in Guangzhou, Guangdong province September 11. According to local media, four men suspected of illegally trading 457 pangolins were arrested on Thursday. Pangolins are listed as a second grade protected species in China. Picture taken September 11, 2014. || PHOTO CREDIT: STRINGER – REUTERS 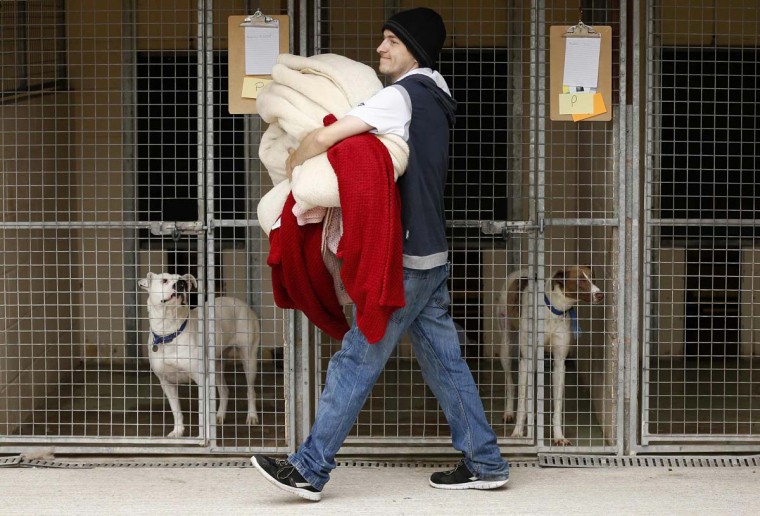 A volunteer carries donated bedding to the kennels of dogs rescued from a fire at Manchester Dogs’ Home, at their temporary home at Cheshire Dogs’ Home near Warrington, northern England September 12. 60 dogs died and over 150 dogs where rescued during a fire in the Manchester dogs home, local media reported. || PHOTO CREDIT: PHIL NOBLE – REUTERS 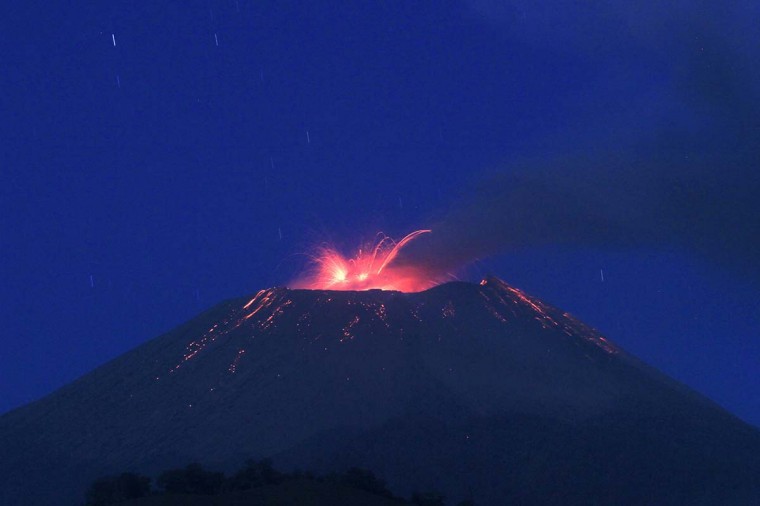 A long exposure photo shows smoke rising as lava flows from the crater of Mount Slamet volcano before dawn, as seen from Brebes town in Indonesia’s Central Java province on September 12. Indonesian authorities have put the Mount Slamet volcano on the second-highest alert level after it erupted 38 times on September 11, spewing lava some 1500 metres (5,000 feet) into the air. Authorities warned residents to remain outside a four-kilometre radius of the volcano. ||PHOTO CREDIT: AFP/Getty Images 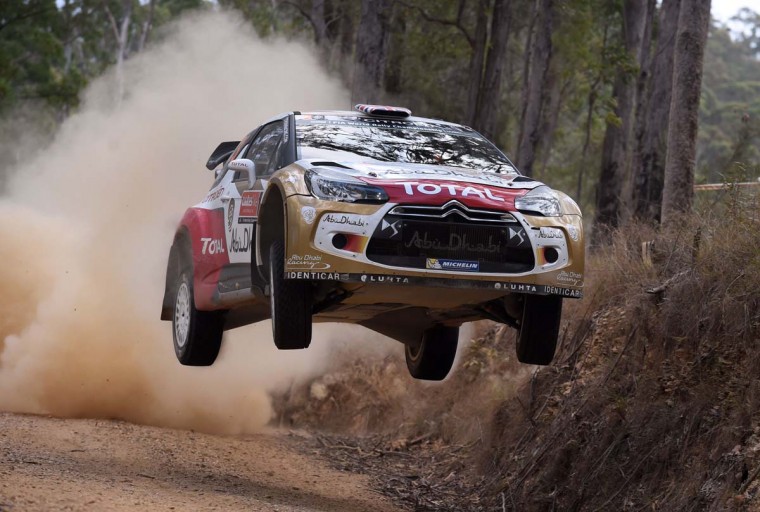