Catch a taxi to space?

Reuters reports Boeing Co’s proposal to develop a so-called space taxi for NASA astronauts includes a seat for paying tourists to fly to the International Space Station, the company’s program manager said on Wednesday, a first for a U.S. space program.

The $4.2 billion, five-year contract allows Boeing to sell rides to tourists, Boeing Commercial Crew Program Manager John Mulholland told Reuters, adding that the price would be competitive with what the Russian space agency now charges to fly tourists to the orbital outpost. 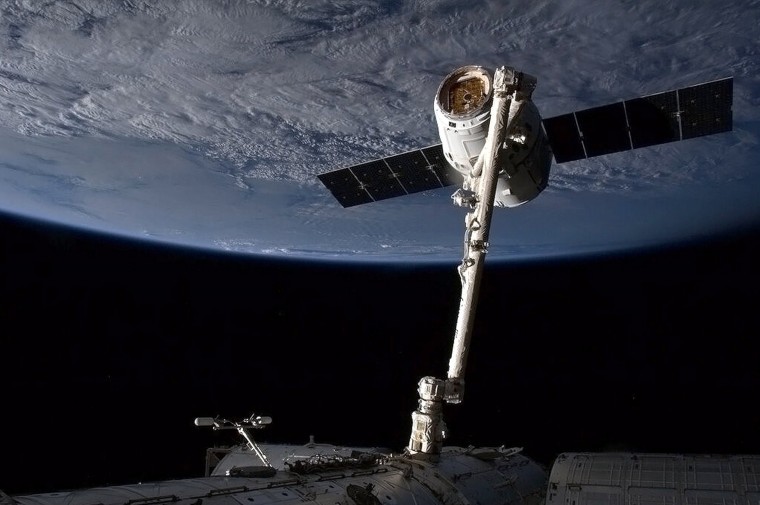 This March 3, 2013 NASA image from video shows the SpaceX capsule Dragon attached to the Canada Arm at the International Space Staion (ISS). A SpaceX rocket exploded in midair during a test flight August 22, 2014 in McGregor, Texas, though no one was injured, as the company seeks to develop a spacecraft that can return to Earth and be used again. “During the flight, an anomaly was detected in the vehicle and the flight termination system automatically terminated the mission,” the company said in a statement. SpaceX is competing with other companies — including Boeing, Sierra Nevada and Blue Origin — to be the first commercial outfit to take astronauts to space, possibly as early as 2017. Until then, the world’s astronauts must rely on Russian Soyuz spacecraft at a cost of $70 million per seat. (Chris Hadfield/AFP/Getty Images) 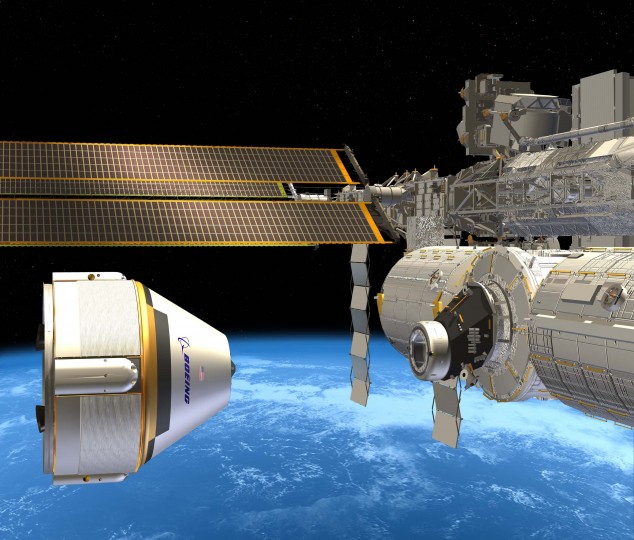 This handout photo provided September 16, 2014 by the Boeing Company shows an artist’s rendition of the Crew Space Transportation (CST)-100 next to the International Space Station(ISS). Boeing and SpaceX have been tapped to build the next generation of space vehicles that will carry US astronauts to low Earth orbit and back, NASA announced on Tuesday. The $6.8 billion USD contract announced by NASA administrator Charles Bolden at the Kennedy Space Center in Florida, will enable the United States to develop its own crew transport vehicles that could carry astronauts to the International Space Station by 2017, US officials said. (Boeing Handout/AFP/Getty Images) 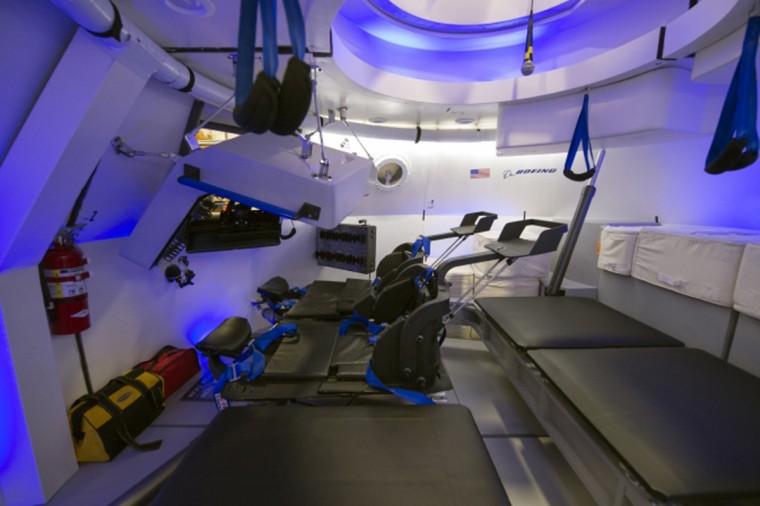 An interior view of Boeing’s CST-100 spacecraft, which features LED lighting and tablet technology, is seen in an undated NASA handout image. NASA will partner with Boeing and SpaceX to build commercially owned and operated “space taxis” to fly astronauts to the International Space Station, ending U.S. dependence on Russia for rides, officials said on Tuesday. (NASA/Robert Markowitz/Handout /Reuters) 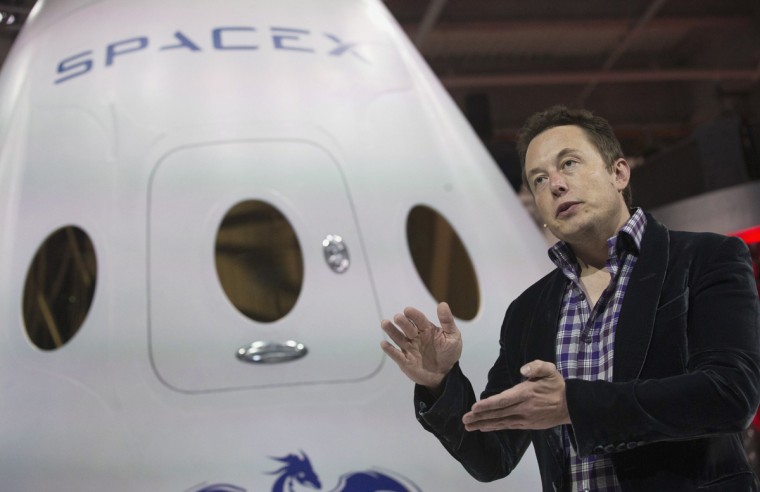 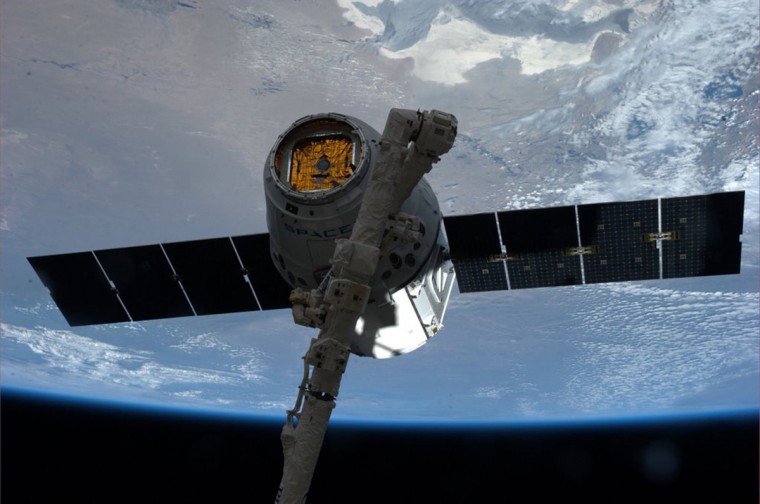 The SpaceX Dragon commercial cargo spacecraft is grappled to Canadarm2 at the International Space Station in this NASA picture taken April 20, 2014. NASA will partner with Boeing and SpaceX to building commercially owned and operated “space taxis” that would fly astronauts to the International Space Station ending U.S. Dependence on Russia for rides, U.S. Senator Bill Nelson said September 16, 2014. (NASA/Handout via Reuters/Reuters) 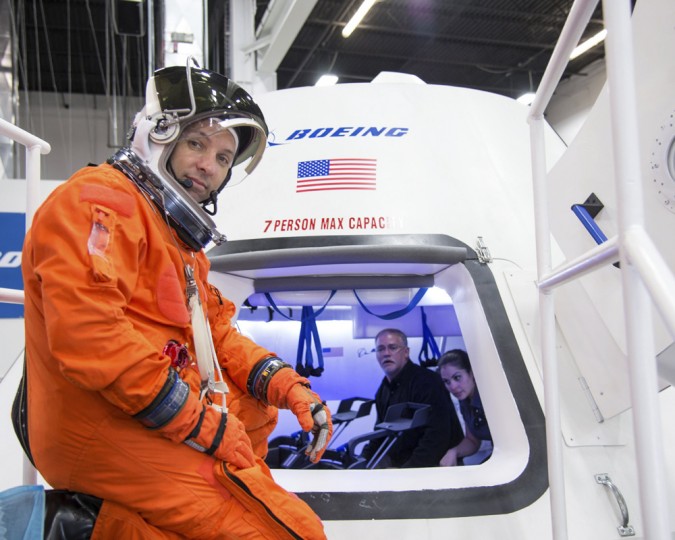 NASA astronaut Randy Bresnik prepares to enter Boeing’s CST-100 spacecraft for a fit check evaluation at the company’s Houston Product Support Center in this undated image. NASA will partner with Boeing and SpaceX to build commercially owned and operated “space taxis” to fly astronauts to the International Space Station, ending U.S. dependence on Russia for rides, officials said on Tuesday. (NASA/Handout via Reuters/Reuters) 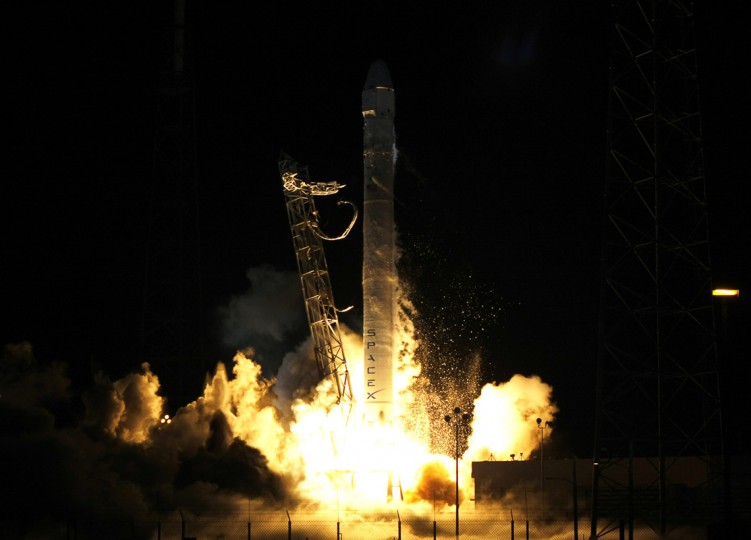 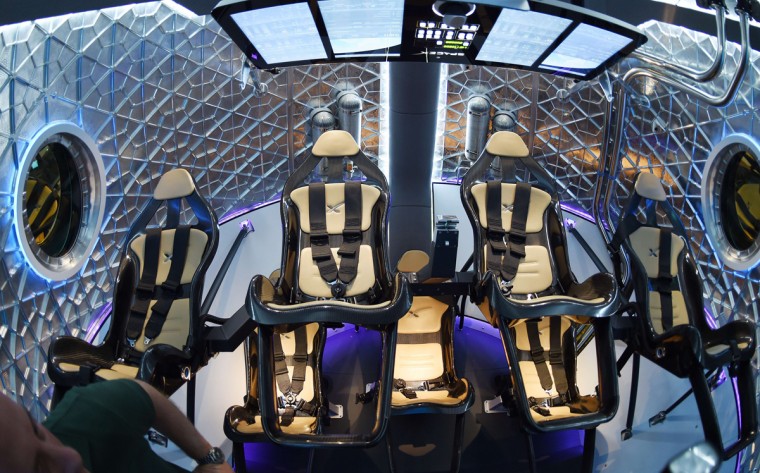 A file picture taken on May 29, 2014 shows the interior of SpaceX’s new seven-seat Dragon V2 spacecraft, the companys next generation version of the Dragon ship designed to carry astronauts into space, at a press conference to unveil the space capsule, in Hawthorne, California. With spacecraft that carry tourists into orbit and connect Paris to New York in less than two hours, the new heroes of space travel are not astronauts but billionaire captains of industry. As well as their extreme wealth, this new breed of space pioneers has another thing in common — they are all using private money to push the final frontier as government space programmes fall away. (Robyn Beck/AFP/Getty Images) 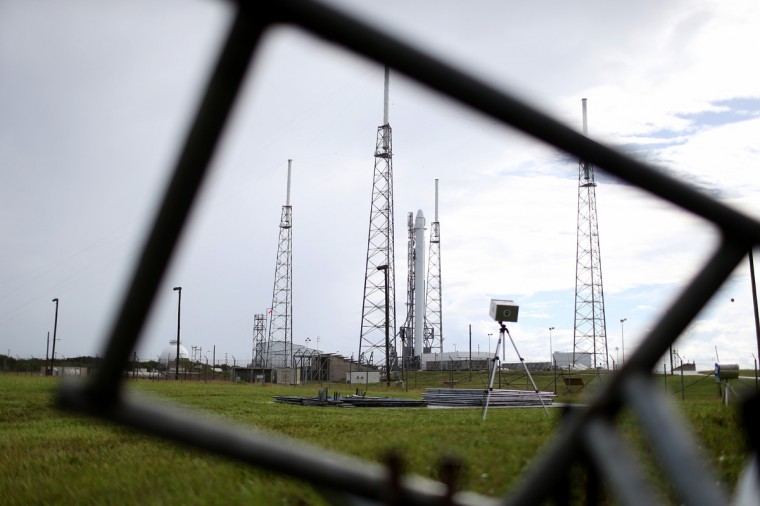 A day after being delayed due to clouds and rain over central Florida the SpaceX Falcon 9 rocket carrying a Dragon supply ship is seen surrounded by lightning protection system towers as it is prepared for the second attempt at launch Sunday at 1:52 am for the resupply trip to the International Space Station September 20, 2014 in Cape Canaveral, Florida. The rocket will bring cargo to the International Space Station. (Photo by Joe Raedle/Getty Images)

“Part of our proposal into NASA would be flying a Space Adventures spaceflight participant up to the ISS,” Mulholland said, referring to a Virginia-based space tourism company that brokers travel aboard Russian Soyuz capsules.

Now that Boeing has won a share of NASA’s space taxi contract, “we hope … to start working with the ISS program to make it happen,” he said. “We think it would be important to help spur this industry.”

Space Adventures is scheduled in January to begin training British singer Sarah Brightman for a 10-day visit to the station, a trip costing $52 million, according to Tom Shelley, president of Space Adventures.

Brightman is slated to become the eighth paying passenger to travel to the station, a $100 billion research complex that flies about 260 miles (418 km) above Earth.
Boeing’s first test launch of the taxi is not expected until 2017.

Under the contract, Boeing is responsible for cost overruns and the cost of delays. The aerospace company appears to be confident it can produce the taxi without lowering the operating margin in its networks and space business, which was 7.8 percent last quarter.

But Boeing faces competition from rival Space Exploration Technologies, or SpaceX, which also won a NASA contract and says it can develop the taxi for nearly 40 percent less than Boeing.

SpaceX already plans to offer trips to tourists, but did not immediately respond to questions about whether it would fly tourists on its NASA missions.

The NASA contracts awarded to Boeing and SpaceX cover design, building, testing their spaceship and up to six missions to fly astronauts to the station, a pace of roughly two per year. California-based SpaceX, owned and operated by technology entrepreneur Elon Musk, says it can create and fly the taxi for $2.6 billion, compared to Boeing’s $4.2 billion bid.

“I think it’s a vital next step in SpaceX’s progress,” Musk said in an interview on FOX Business Network.

Most of the price difference appears to be the rocket.

SpaceX’s Dragon capsule will fly on the company’s Falcon 9 boosters, which cost about $61 million for satellite-delivery missions. Boeing’s CST-100 capsules will fly aboard Atlas 5 rockets, which are manufactured and flown by United Launch Alliance, a partnership of Lockheed Martin Corp (LMT.N) and Boeing. The rockets, which are powered by a Russian RD-180 engine, cost about $150 million apiece. – Reuters