Baltimore Sun community papers’ photographers were out again this past week capturing moments from high school sports games. Here’s a collection of shots from the second week of sports in Howard, Harford and Baltimore counties. 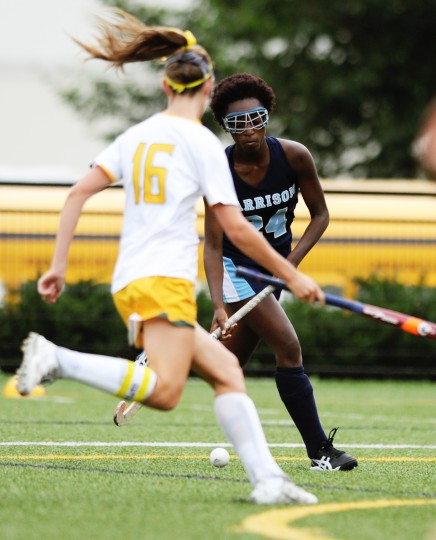 Garrison Forest’s Kara Frazier, right, traverses the field with the ball, while Bryn Mawr’s Julie Blaze looks for an opportunity to snatch it during a field hockey game at Bryn Mawr School in Baltimore, Thursday, Sept. 11, 2014. (Jon Sham/BSMG) 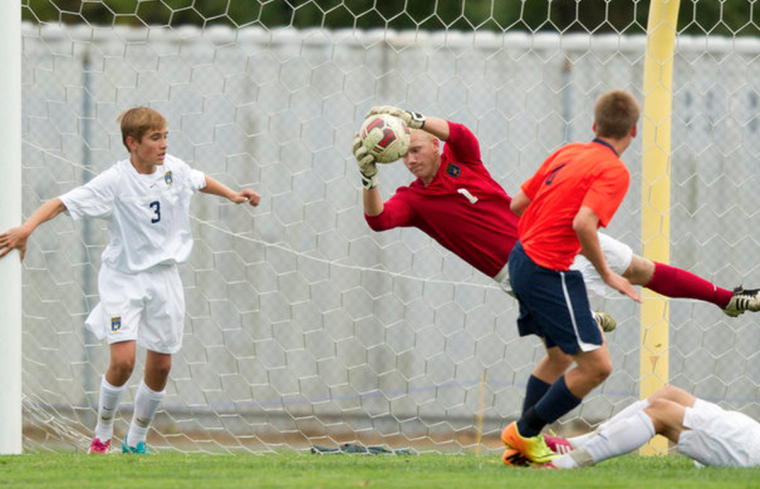 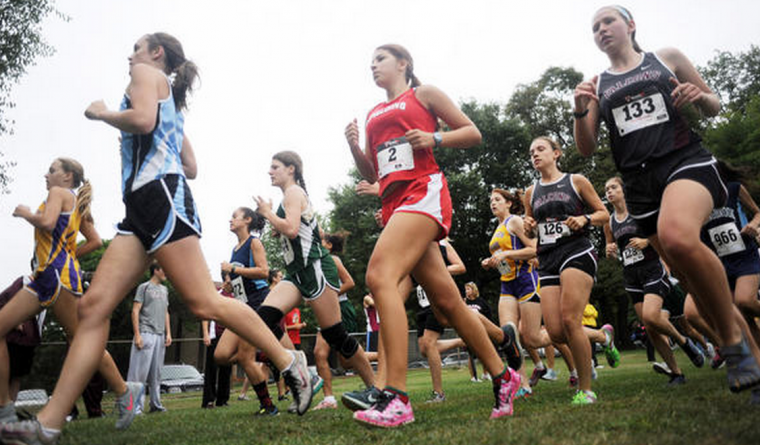 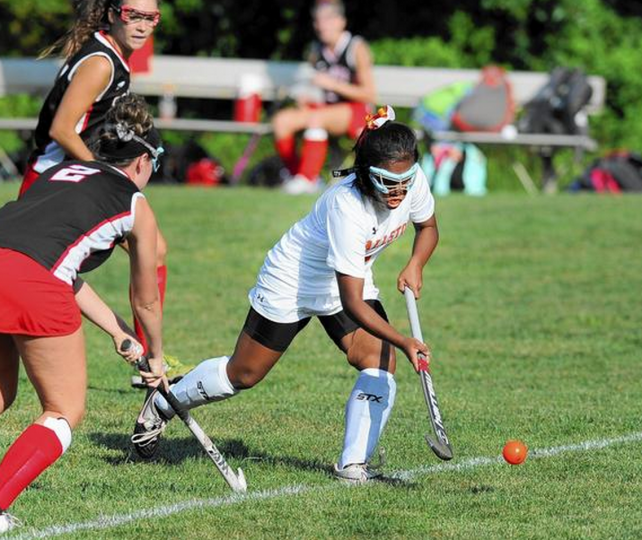 Fallston’s Liz Hebert gets control of the ball and sprints down the field as an Archbishop Spalding opponent moves in during Wednesday’s game at Fallston. (Matt Button/BSMG) 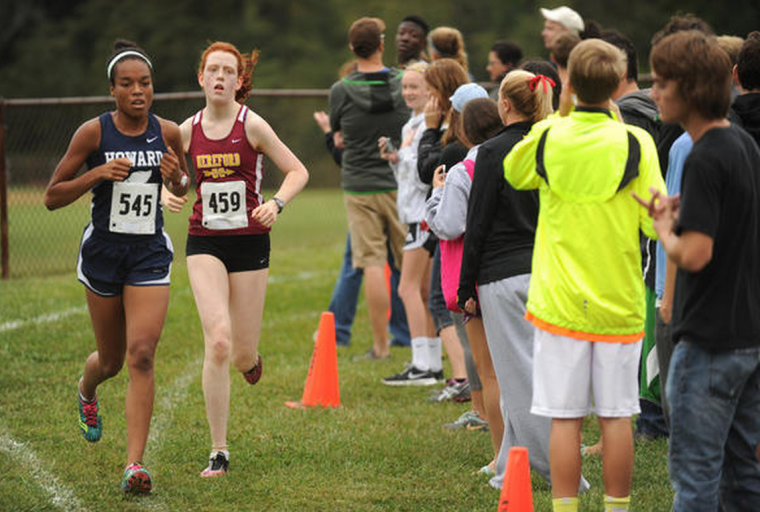 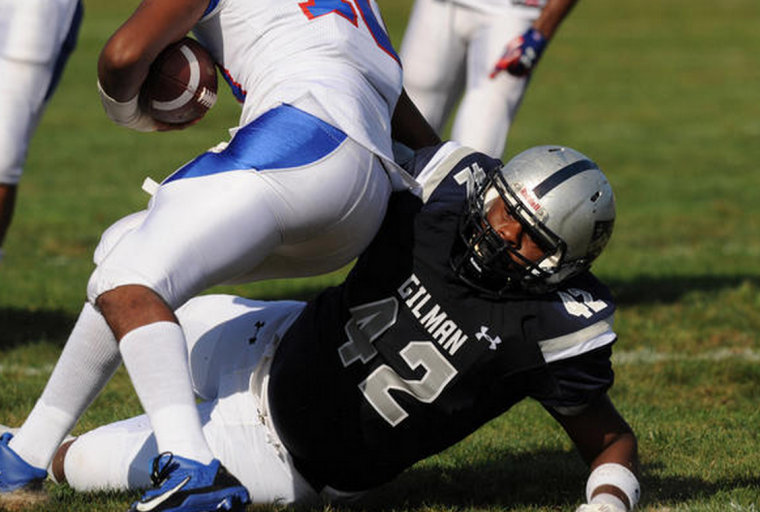 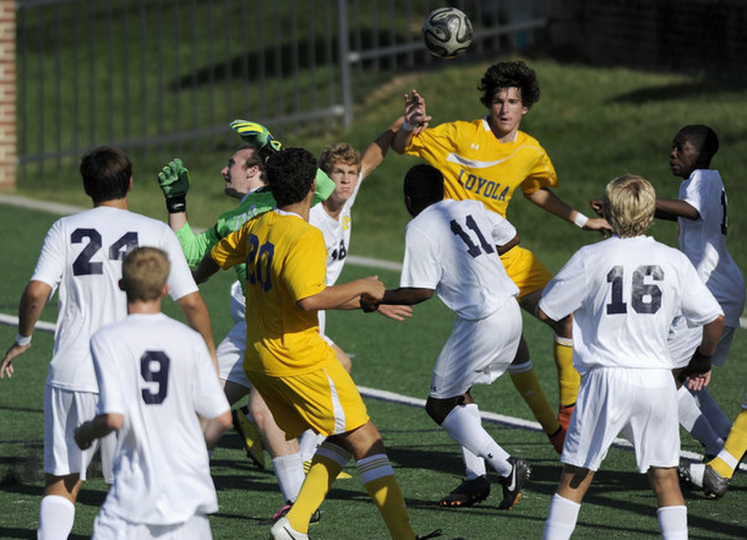 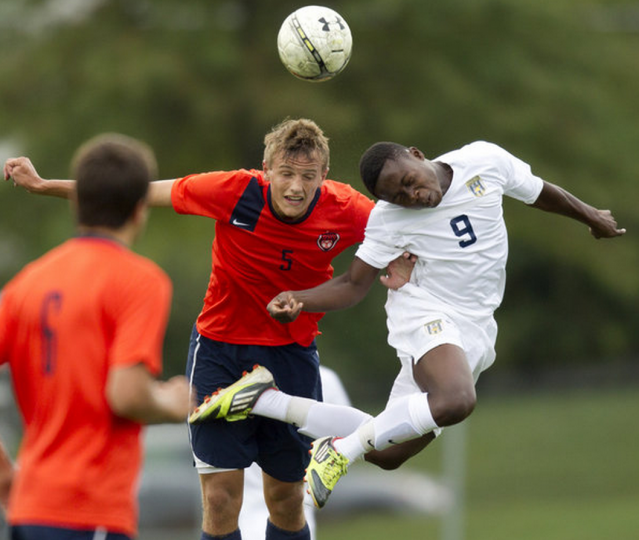 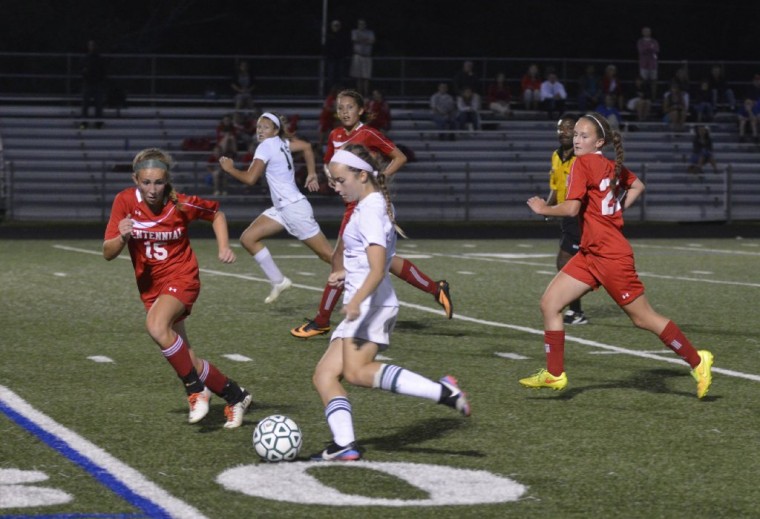 Atholton’s Kate Johnson kicks the ball up the field during Friday’s match against Centennial. (Nicole Munchel/BSMG) 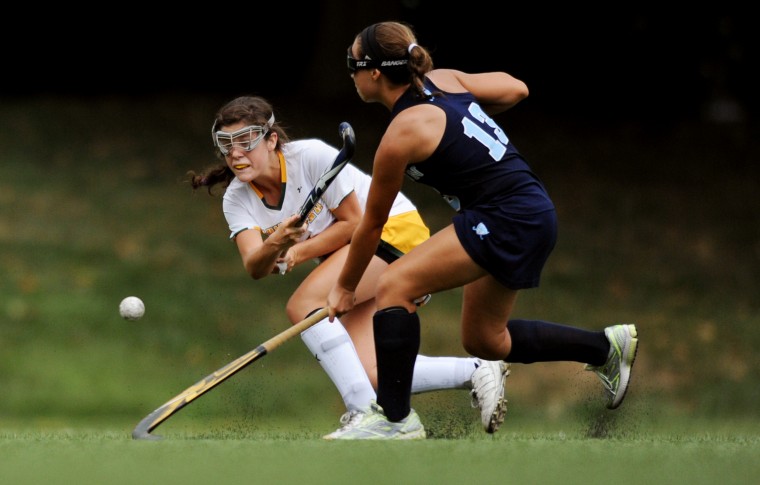 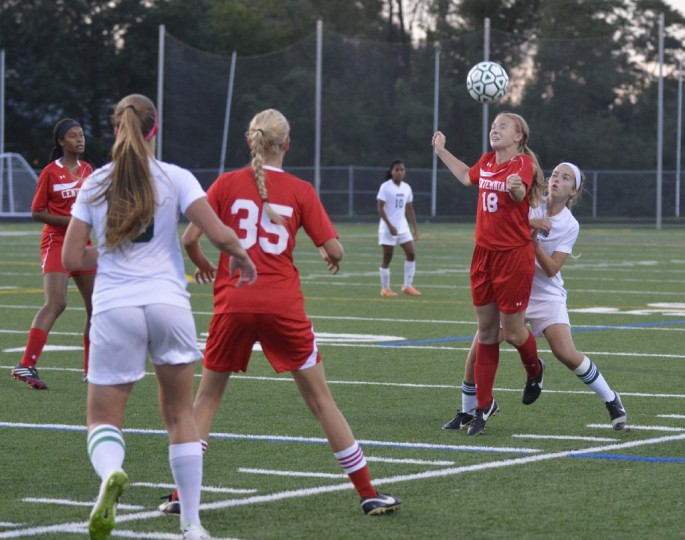 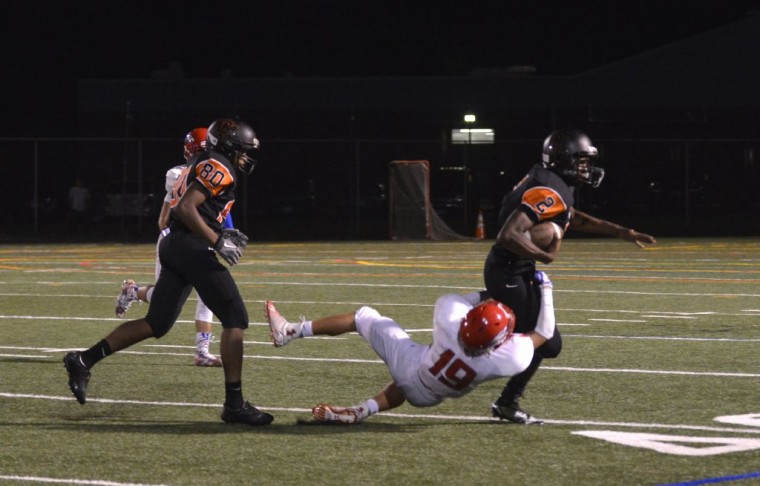 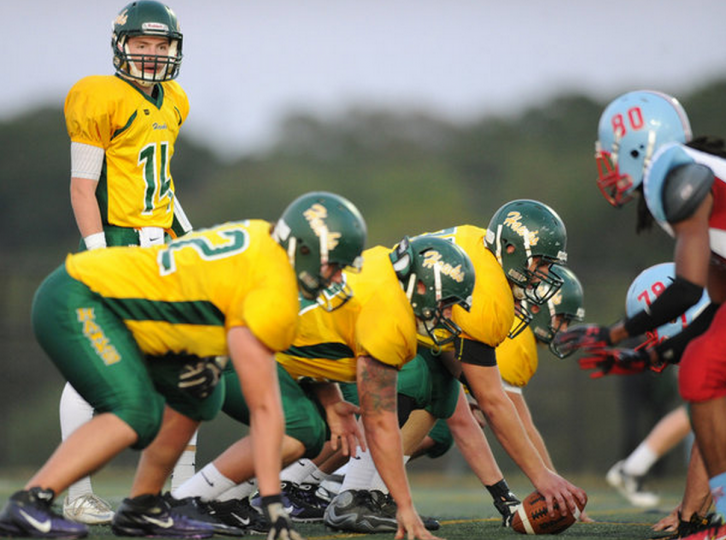 North Harford quarterback Braden Stinar looks over the Einstein defense before going under center for the snap during Friday’s game at North Harford. (Brian Krista/BSMG) 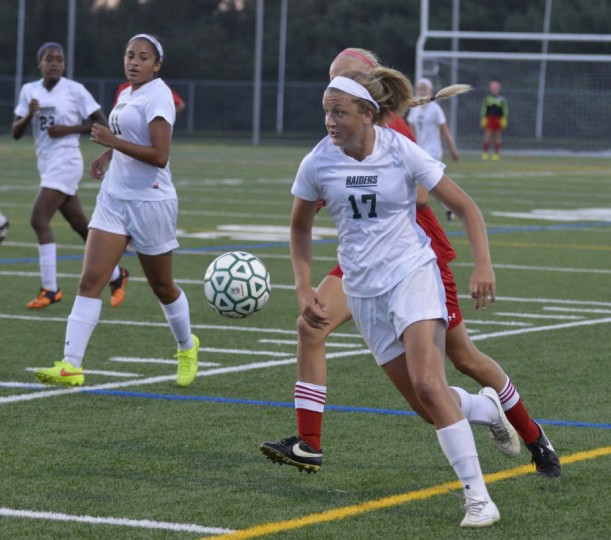 Atholton’s Jetta Owens looks for a free player to pass the ball to during Friday’s game against Centennial. (Nicole Munchel/BSMG) 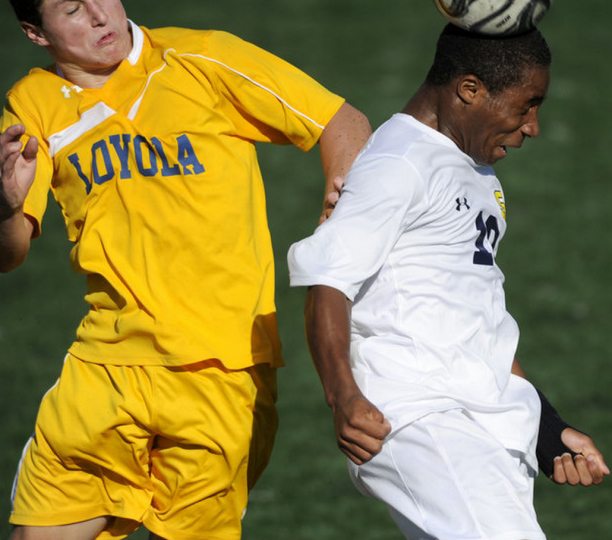 Loyola Blakefield’s Shane McWilliams, left, and Jordan Fields of St. Paul’s compete for a head-ball in the first half. (Steve Ruark/BSMG) 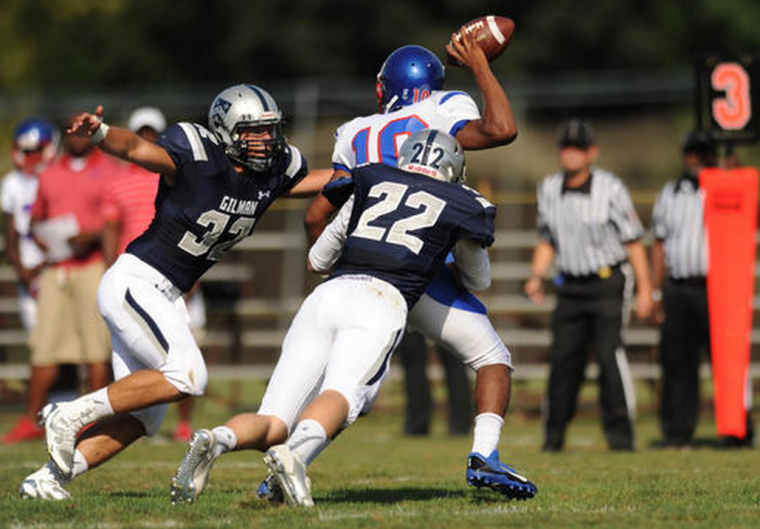 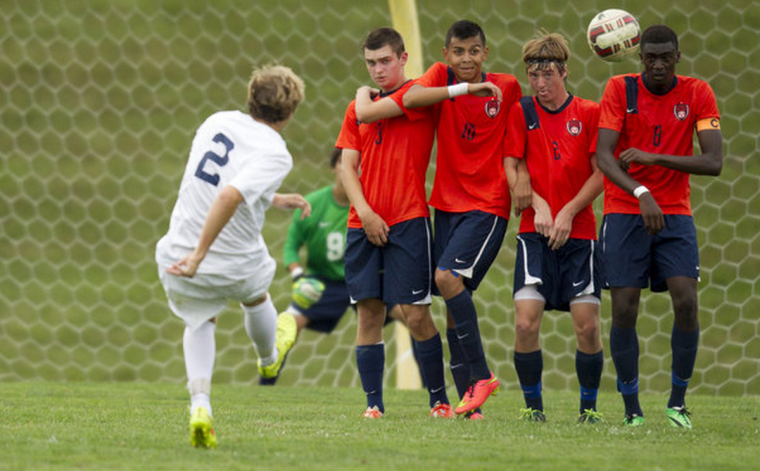 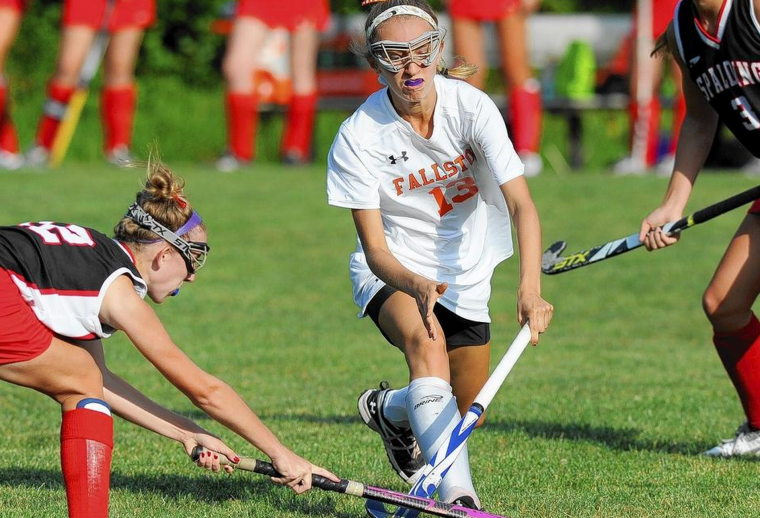 allston’s Erica Wright moves in for the block as Archbishop Spalding’s Kyler Greenwalt tries to make a pass to teammate Caroline Caruso during Wednesday’s game at Fallston. (Matt Button/BSMG) 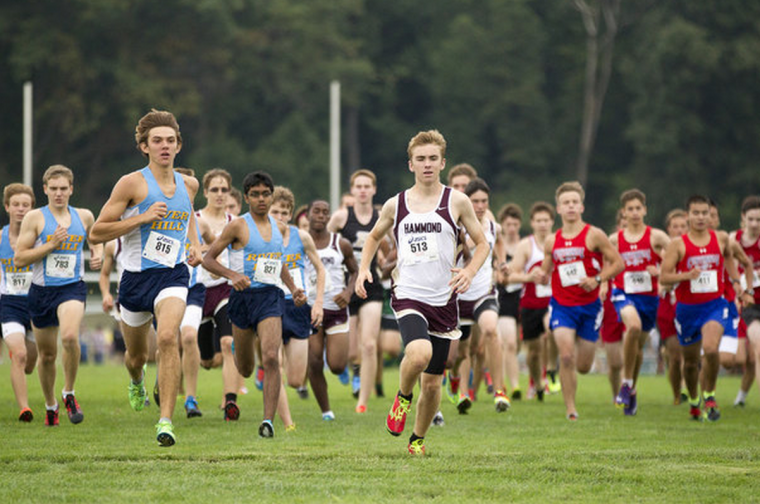 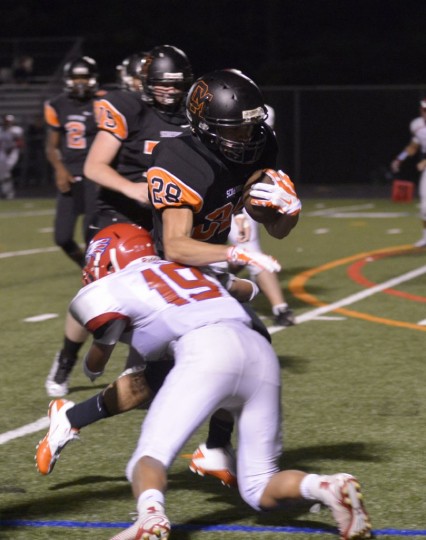 Oakland Mills’ Kholton Allen breaks through a tackle and gains a few yards during Friday’s game against Centennial. (Nicole Munchel/BSMG)