The fall high school sports season is heating up, as the playoffs are just around the corner. Baltimore Sun community papers’ photographers were out capturing the action again last week, and here’s some of their best stuff. 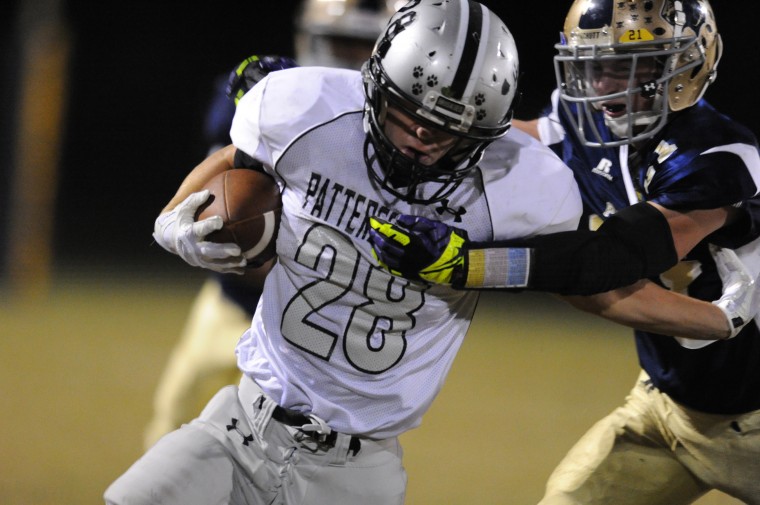 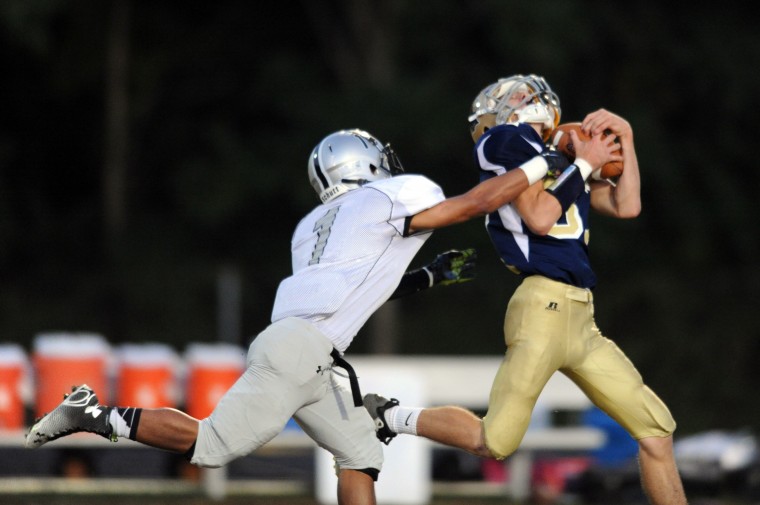 Perryville’s Mitchell Johansen makes an over the should catch, beyond the reach of Patterson Mill’s Isaiah Welch on the opening drive during a football game at Perryville High School on Friday, Sept. 26. (Brian Krista/BSMG) 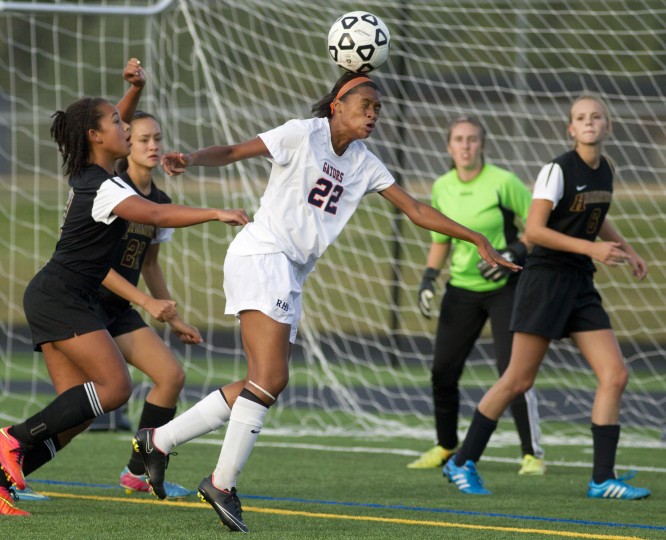 Reservoir’s Kayla Pindell gets her head on the ball during the girls soccer game against Hammond at Reservoir High School in Fulton on Monday, September 22, 2014. (Jen Rynda/BSMG) 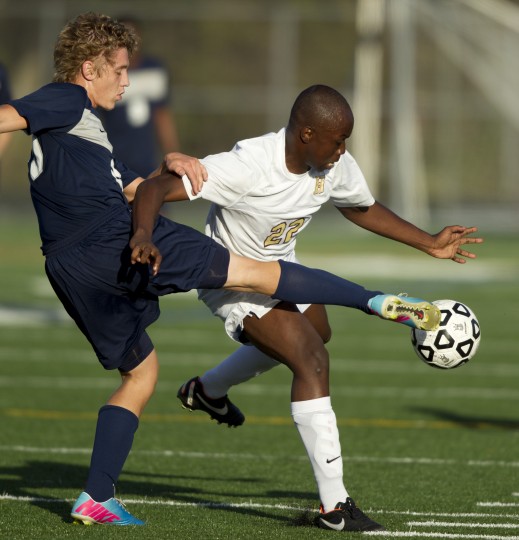 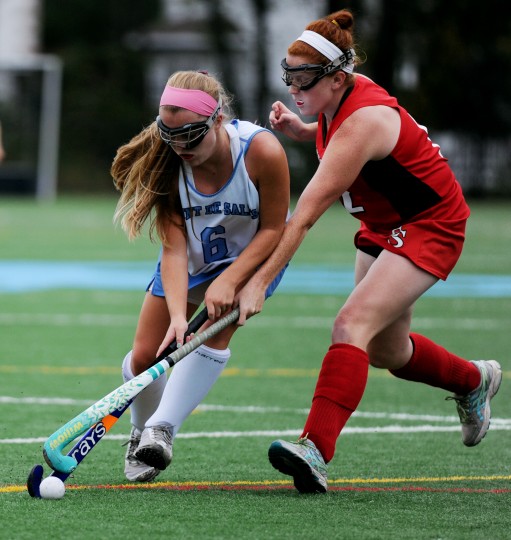 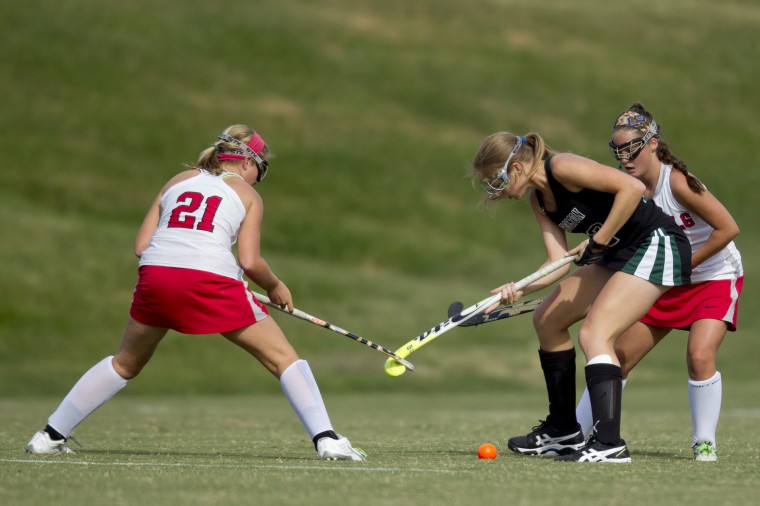 Glenelg’s Paige Reese and Atholton’s Tori Raulin get their sticks locked while going for the ball during the field hockey game at Glenelg High School in Glenelg on Tuesday, September 23, 2014. (Jen Rynda/BSMG) 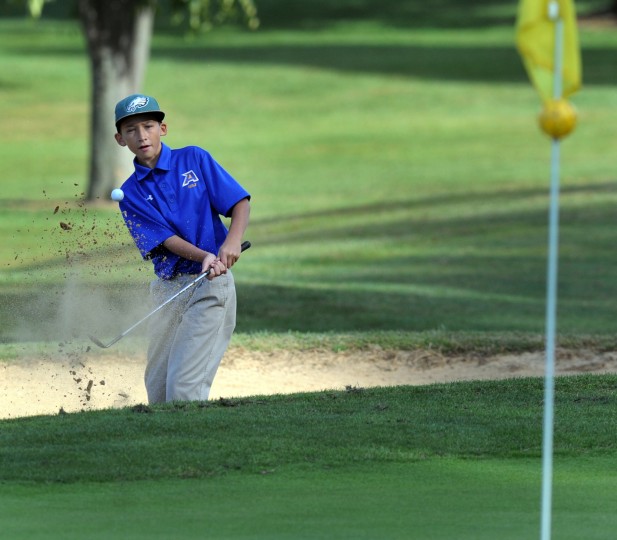 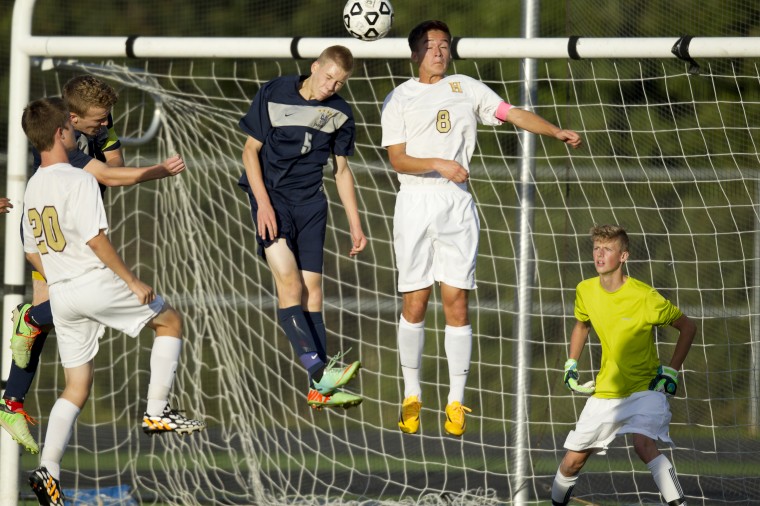 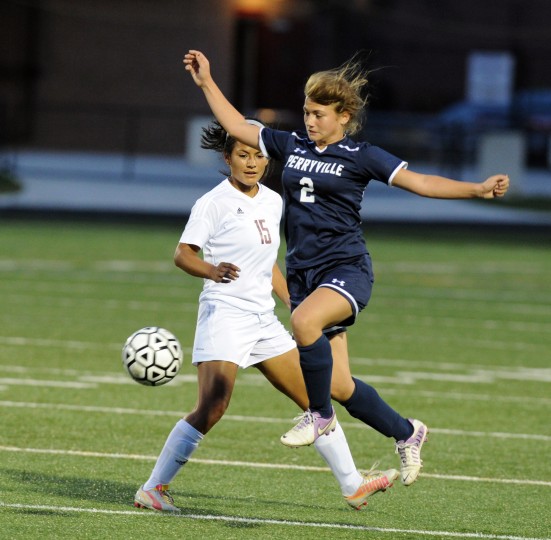 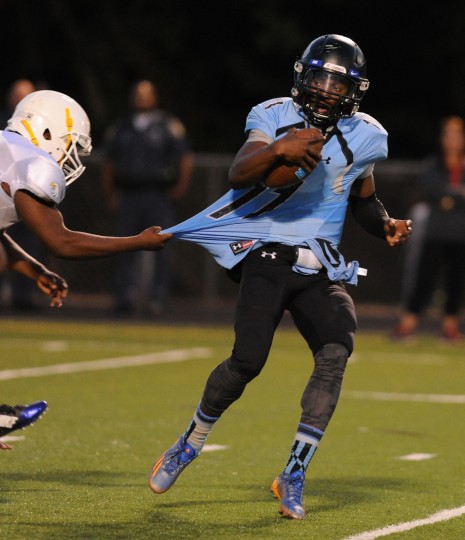 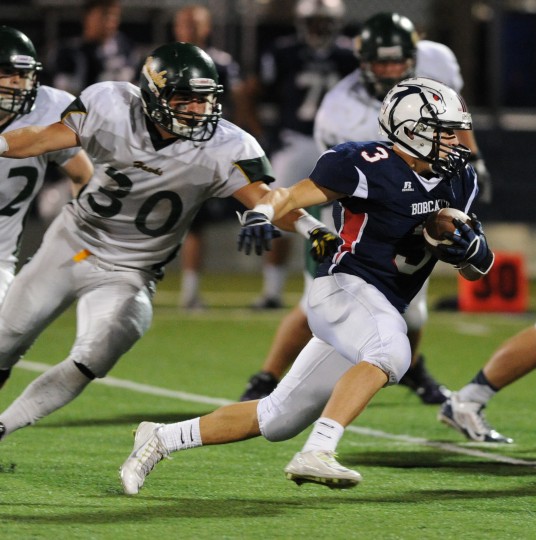 Bel Air’s Brad Casale turns on the speed as he spots some room to run as North Harford’s Scott Angstadt gets around the edge and finds some room to run during Friday night’s game at Bek Air. (Matt Button/BSMG) 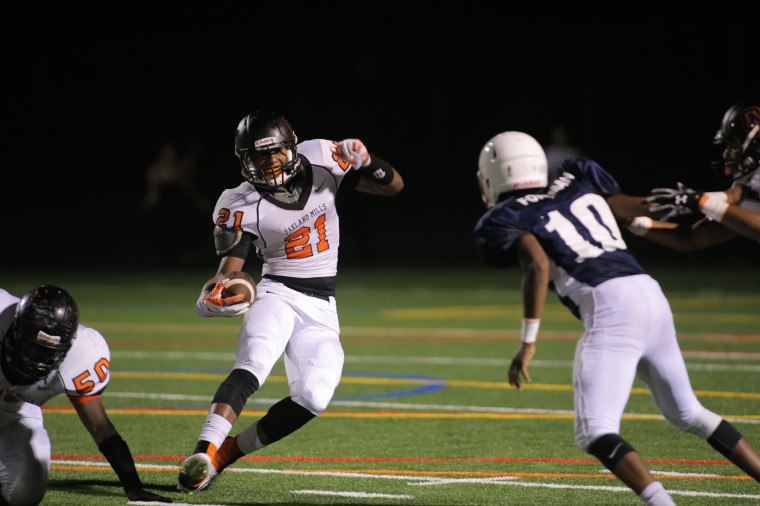 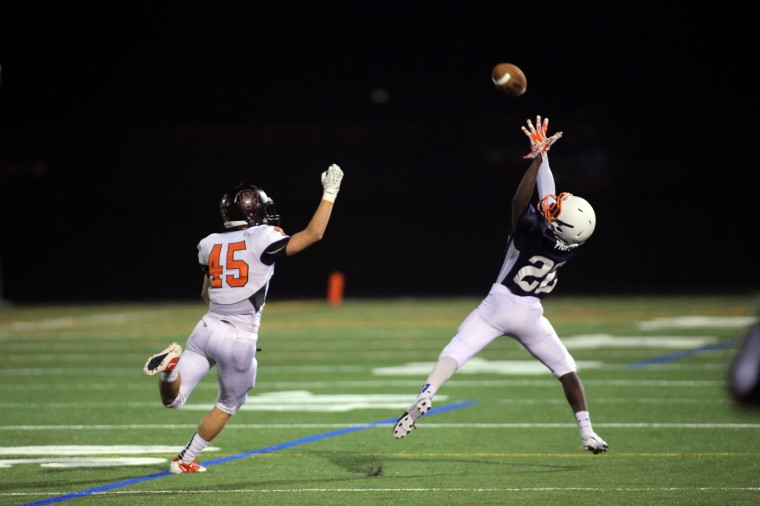 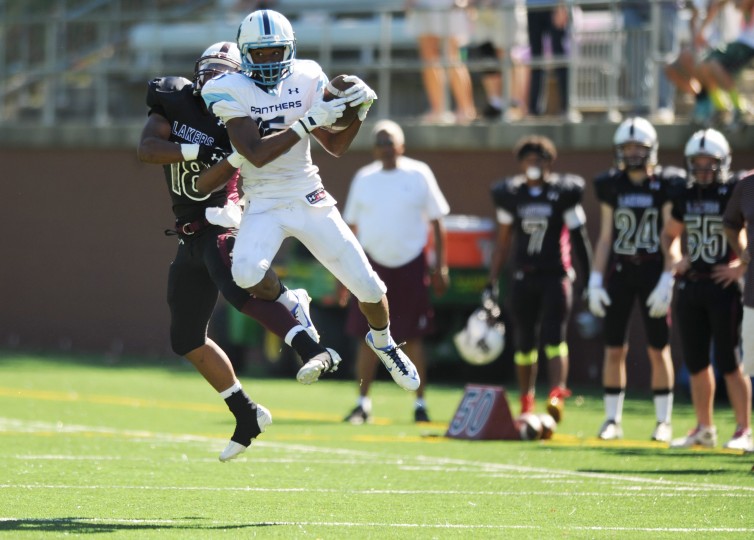 Pallotti ‘s receiver Demetri Buggs-McCray gets airborne as he makes a catch in front of Boys Latin defensive back Myles Cohen during a football game at Boys Latin School on Saturday, Sept. 26. (Brian Krista/BSMG)