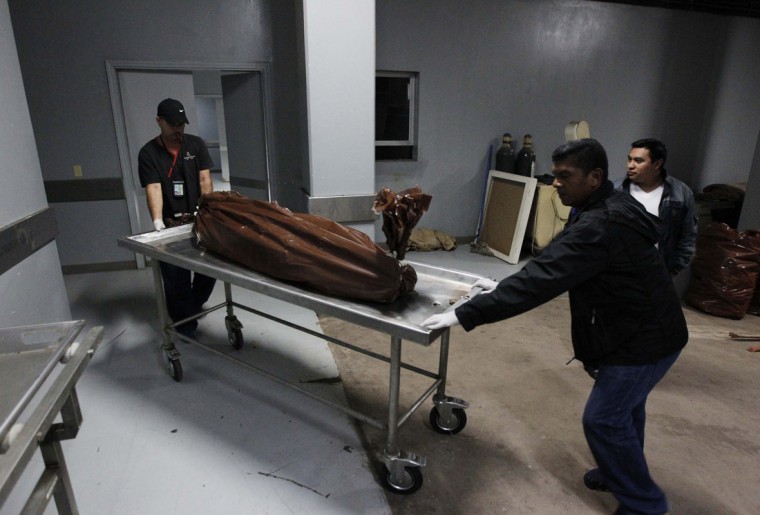 Forensic technicians wheel a stretcher with a body bag, containing the body of a young man who was shot by members of street gang Mara 18 for attempting to steal a motorcycle, at a morgue in Tegucigalpa August 15, 2014. Honduras and Nicaragua are among the most impoverished in the Americas, but Honduras is also blighted with the world’s highest murder rate, at 90.4 homicides per 100,000 people, according to the United Nations, while Nicaragua’s rate is just 11.3. (Jorge Cabrera/Reuters) 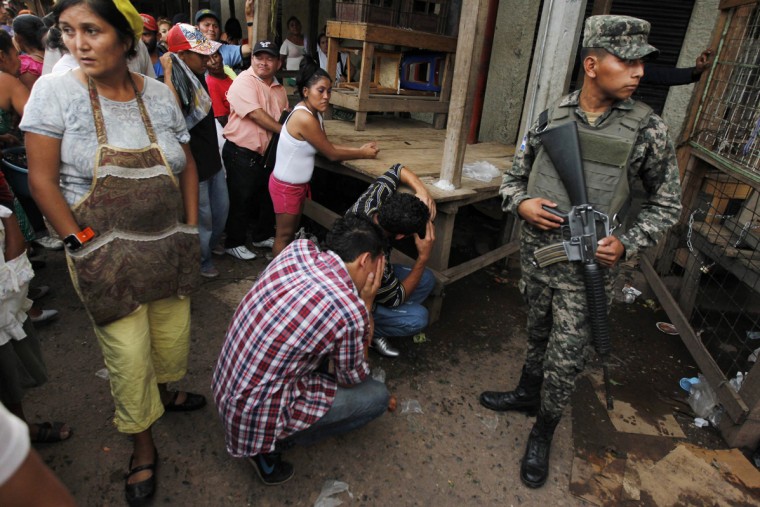 Onlookers stand by as friends mourn for a young man who was shot amidst what local media claimed are accusations of extortion from vendors at a market in Tegucigalpa August 26, 2014. Honduras and Nicaragua are among the most impoverished in the Americas, but Honduras is also blighted with the world’s highest murder rate, at 90.4 homicides per 100,000 people, according to the United Nations, while Nicaragua’s rate is just 11.3. (Jorge Cabrera/Reuters) 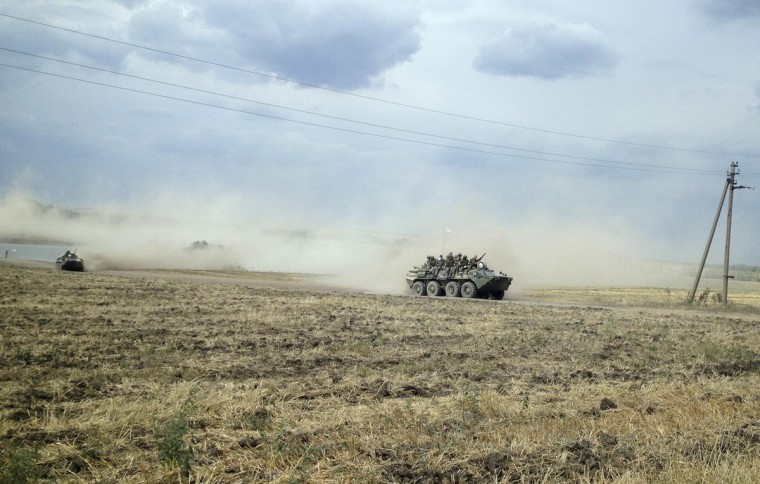 Servicemen sit atop an armoured vehicle as they travel through the steppe near the village of Krasnodarovka in Rostov region August 28, 2014. A Reuters reporter saw on Thursday a column of armoured vehicles and dust-covered troops, one of them with an injured face, driving through the Russian steppe just across the border from a part of Ukraine which Kiev says is occupied by Russian troops. None of the men or vehicles had standard military identification marks, but the reporter saw a Mi-8 helicopter with a red star insignia — consistent with Russian military markings — land next to a nearby military first aid tent. The column was driving east away from the Ukrainian border across open countryside near the village of Krasnodarovka in Russia’s Rostov region. (Maria Tsvetkova/Reuters) 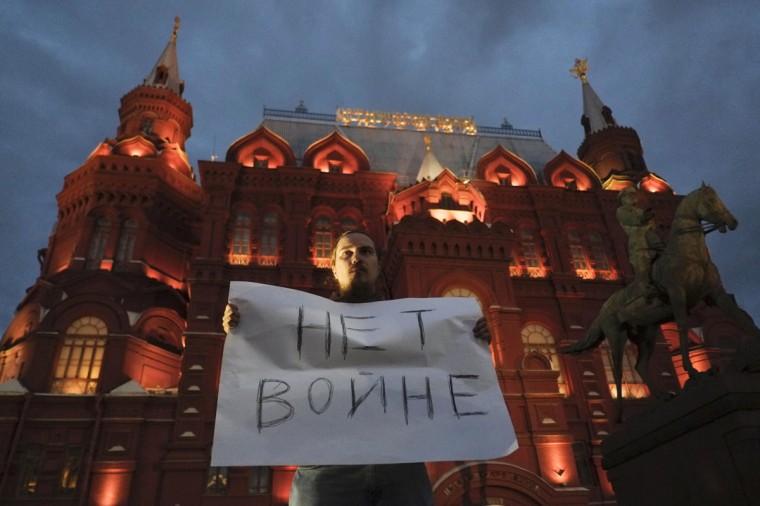 A man holds a sign during a protest against the conflict in eastern Ukraine in the centre of Moscow August 28, 2014. The sign reads: “No war”. (Maxim Zmeyev/Reuters) 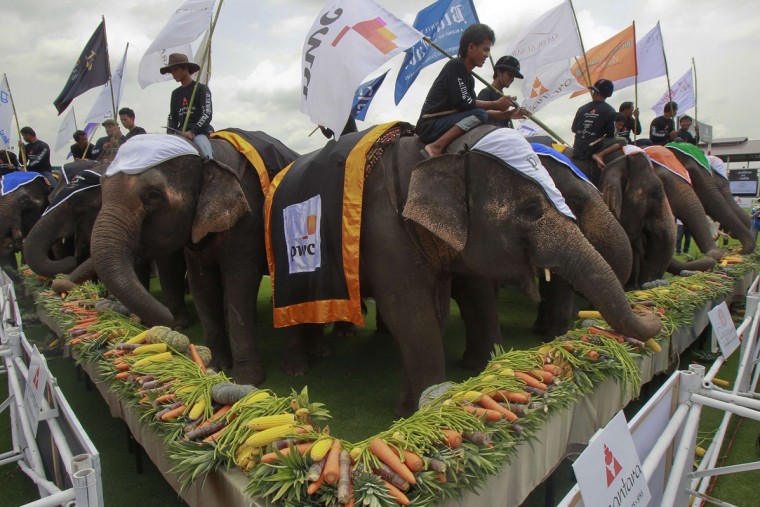 Elephants eat fruit and vegetables during the 2014 King’s Cup Elephant Polo Tournament in Samut Prakan province, on the outskirts of Bangkok August 28, 2014. A total of 16 international teams and 51 Thai elephants are participating in the tournament that runs from August 28-31. (Chaiwat Subprasom/Reuters) 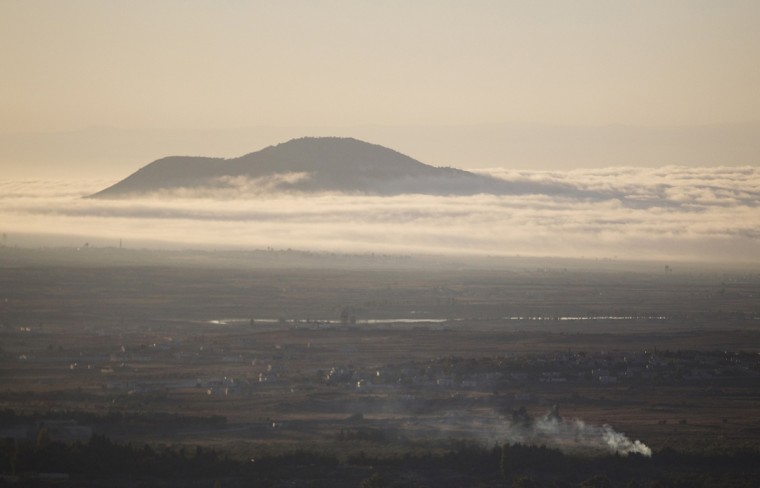 Smoke rises (bottom) after an explosion on the Syrian side of the Quneitra crossing August 28, 2014. Syrian jets shelled rebel positions near the border crossing close to the Israeli-occupied Golan Heights that was seized by rebels in some of the heaviest clashes in the strategic area this year, rebels and residents said on Thursday. A U.N. spokeswoman earlier said the organisation’s peacekeepers could not confirm whether the rebels had seized the crossing, “as fighting is ongoing” at one of its gates. (Ronen Zvulun/Reuters) 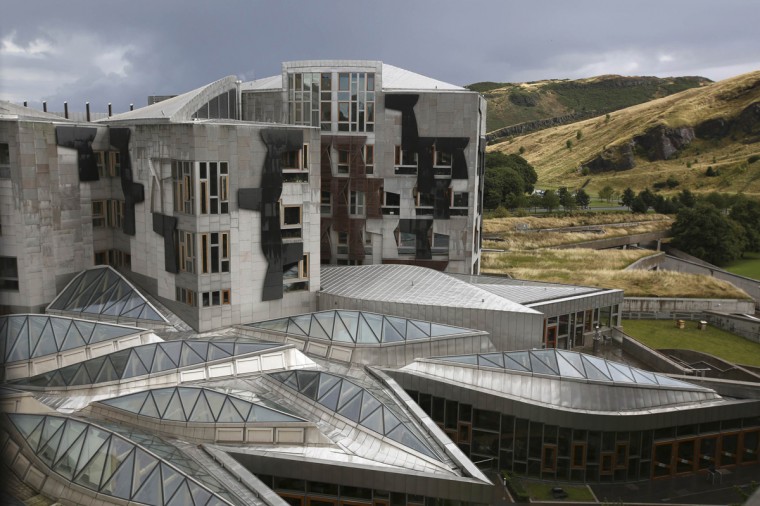 A view of the Scottish Parliament building in Edinburgh August 21, 2014. Several recent polls have shown support for independence pushing higher. But the most recent “poll of polls”, on Aug. 15, which was based on an average of the last six polls and excluded undecided respondents, found support for a breakaway stood at 43 percent against 57 percent for remaining within Britain. Picture taken August 21, 2014. (Paul Hackett/Reuters) 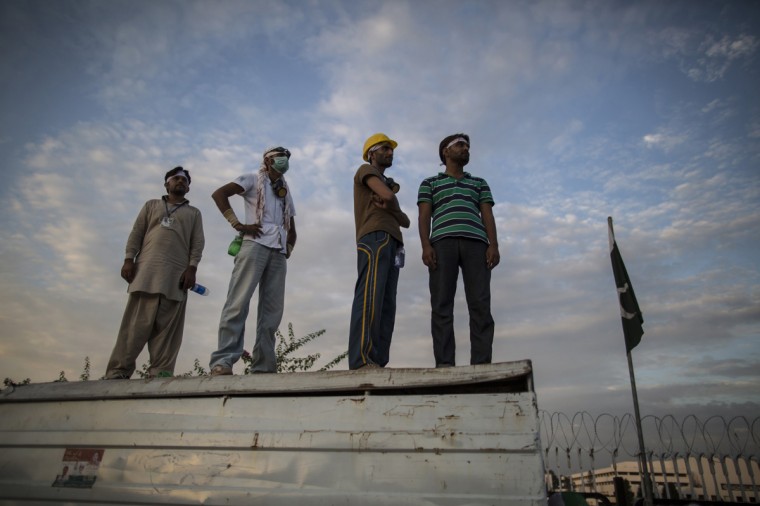 Supporters of Tahir ul-Qadri, Sufi cleric and leader of political party Pakistan Awami Tehreek (PAT), listen to their leader’s speech in front of the Parliament house building during the Revolution March in Islamabad August 28, 2014. Former cricketer Imran Khan and Qadri, who controls a network of Islamic schools and hospitals, have been leading protests in the capital, Islamabad, trying to bring down Prime Minister Nawaz Sharif. (Zohra Bensemra/Reuters) 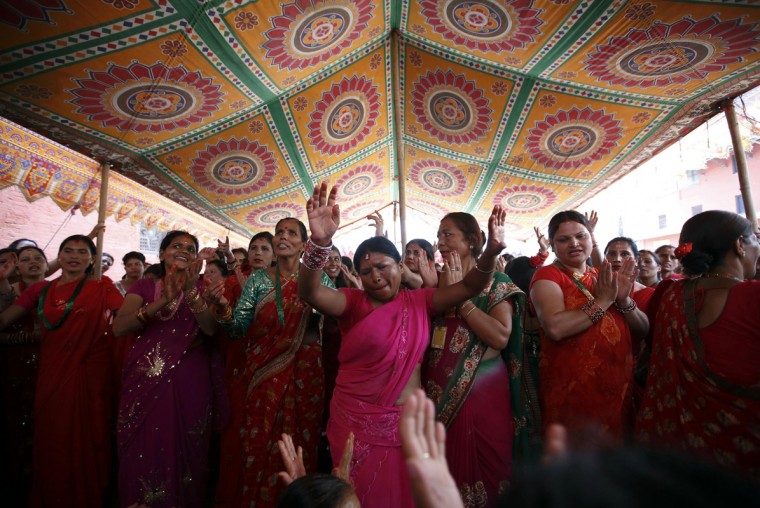 Women sing and dance at the premises of Pashupatinath Temple during the Teej festival in Kathmandu August 28, 2014. The three-day festival, commemorating the union of Goddess Parvati and Lord Shiva, involves sumptuous feasts and rigid fasting. Hindu women pray for marital bliss, the well-being of their spouses and children, and the purification of their own bodies and souls during this period of religious fasting. (Navesh Chitrakar/Reuters) 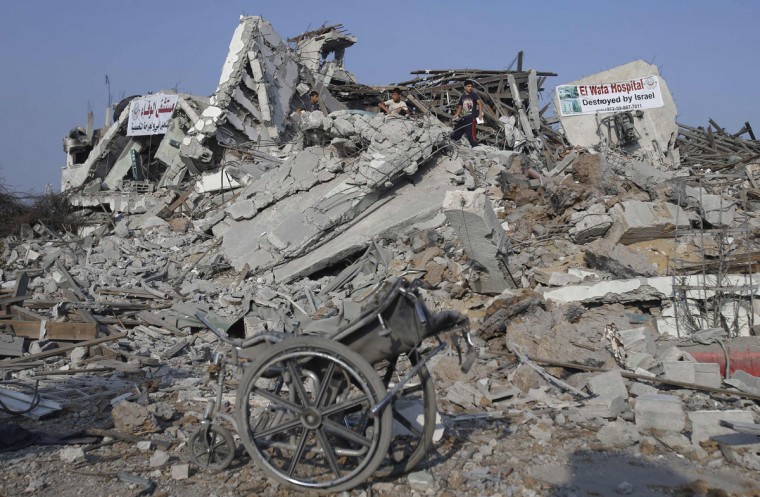 A wheelchair is seen as Palestinians stand atop the ruins of the headquarters of El-Wafa rehabilitation hospital, which witnesses said was destroyed during a seven-week Israeli offensive, in the east of Gaza City August 28, 2014. Patients receiving treatment in the hospital were moved to another branch of El-Wafa hospital, officials said. An open-ended ceasefire in the Gaza war held on Wednesday as Prime Minister Benjamin Netanyahu faced strong criticism in Israel over a costly conflict with Palestinian militants in which no clear victor has emerged. Israel launched an offensive on July 8, with the declared aim of ending rocket fire into its territory. (Ibraheem Abu Mustafa/Reuters) 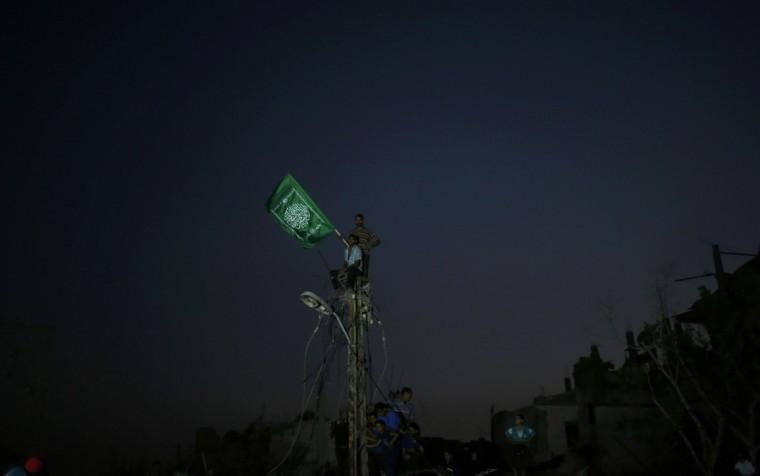 Palestinians stand atop an electrical pole after power was cut in the area during an Israeli offensive, in the Shejaia neighborhood east of Gaza City August 27, 2014. An open-ended ceasefire in the Gaza war held on Wednesday as Prime Minister Benjamin Netanyahu faced strong criticism in Israel over a costly conflict with Palestinian militants in which no clear victor emerged. (Mohammed Salem/Reuters) 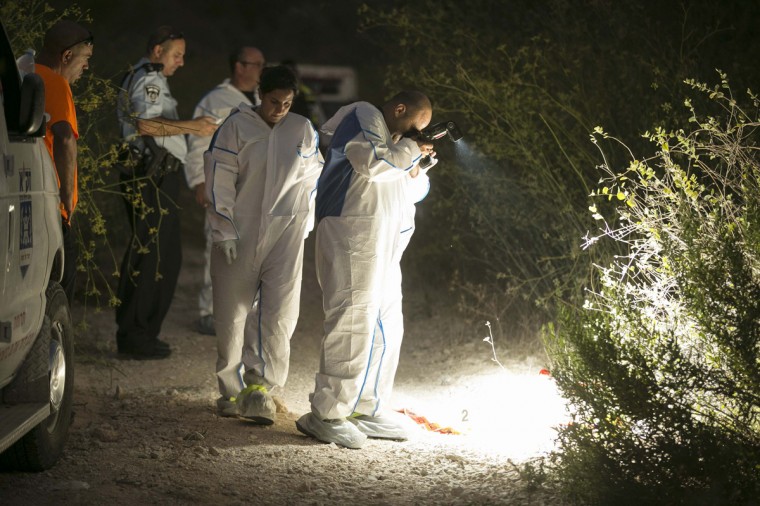 A forensic team member takes a picture near the place where a body was found next to Ein Karem village, near Jerusalem, August 28, 2014. Israeli police and volunteers found a body near a forest in Jerusalem on Thursday while searching for Aaron Sofer, a 23-year-old American student who went missing last week, but said no formal identification had yet been made. Sofer, a Jewish seminary student from New Jersey, vanished on August 22, 2014 while walking in woods not far from Israel’s Yad Vashem Holocaust museum, Israeli police spokesman Micky Rosenfeld said. (Baz Ratner/Reuters) 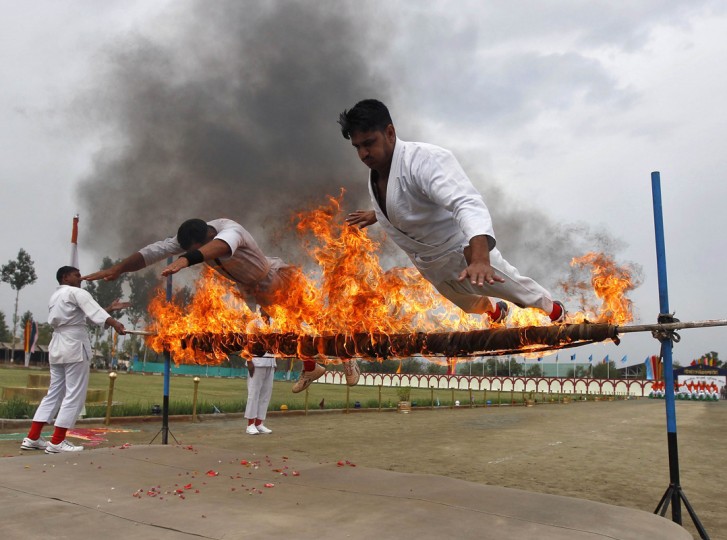 India’s Central Reserve Police Force (CRPF) personnel perform a stunt during the passing out parade in Humhama, on the outskirts of Srinagar August 28, 2014. According to authorities from CRPF, 368 new policemen were formally inducted into the force after completing a 44-week rigorous training course and will be deployed in different parts of India. (Danish Ismail/Reuters) 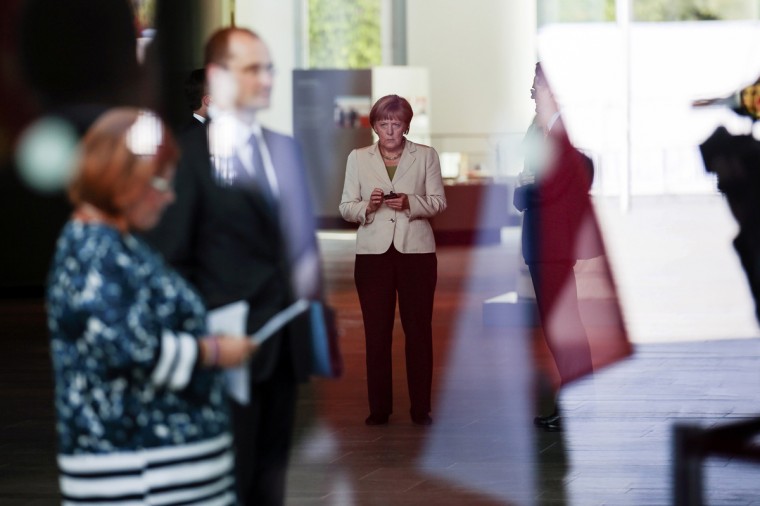 German Chancellor Angela Merkel uses her mobile phone as she prepares to welcome participants at the “West Balkan Conference” at the chancellery in Berlin August 28, 2014. (Markus Schreiber/Reuters) 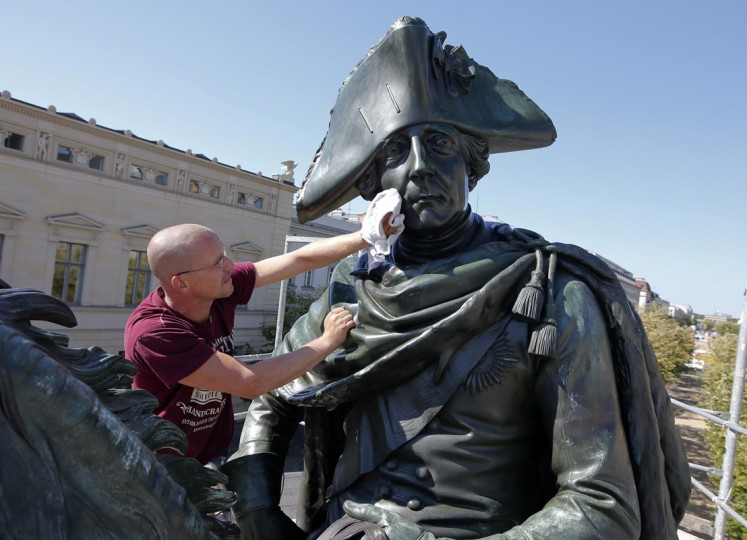 Marco Paul of Seiler foundry varnishes the surface of a bronze statue of Prussian king Frederick the Great at Unter den Linden street in Berlin August 28, 2014. At regular intervals the equestrian monument to honor Frederick II. of Prussia, created by German sculptor Christian Daniel Rauch is varnished with a special wax polish to protect it against environmental influences. (Fabrizio Bensch/Reuters) 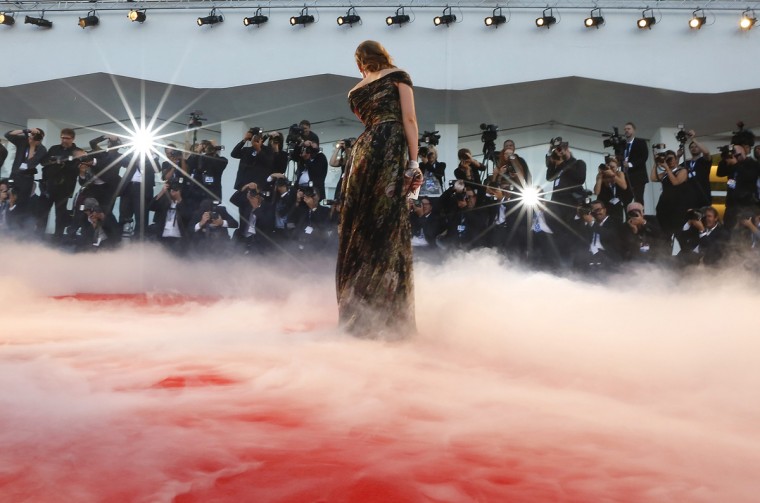 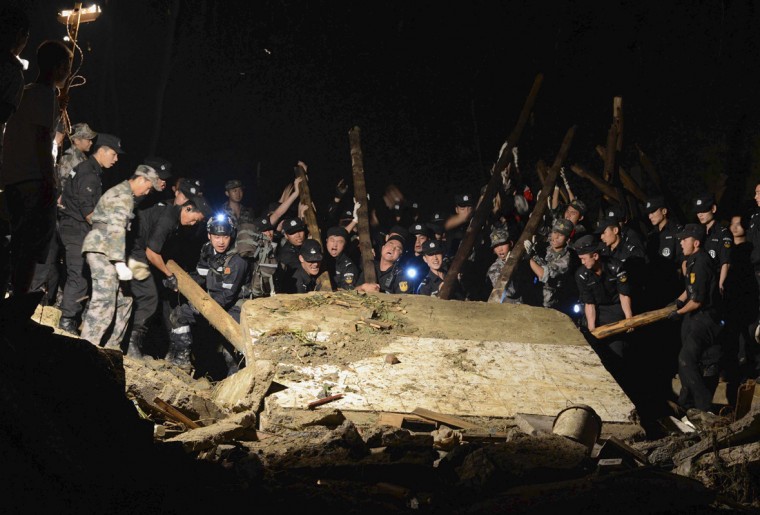 Rescue workers search the site of a landslide in Fuquan, Guizhou province August 28, 2014. According to Xinhua News Agency, at least seven people were killed in the landslide and 20 remained missing as of Thursday. (China Daily/Reuters) 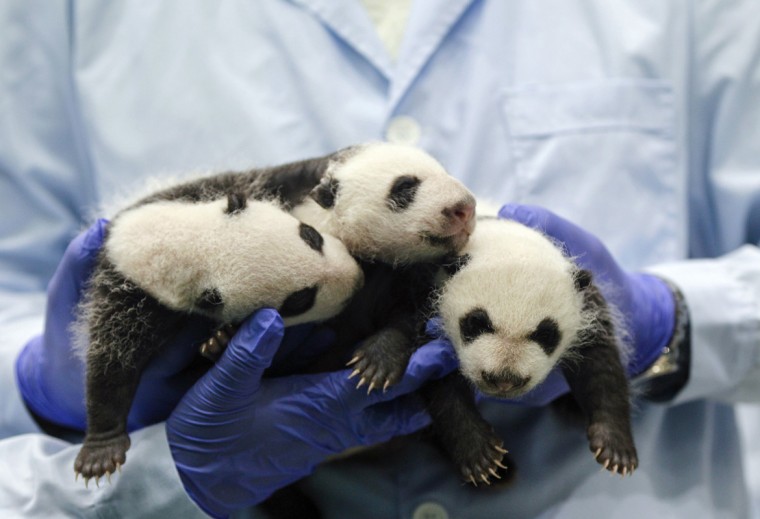 Giant panda triplets turn one-month-old at Chimelong Safari Park in Guangzhou, Guangdong province August 28, 2014. According to local media, they are the fourth set of giant panda triplets born with the help of artificial insemination procedures in China, and the birth is seen as a miracle due to the low reproduction rate of giant pandas. (Alex Lee/Reuters)