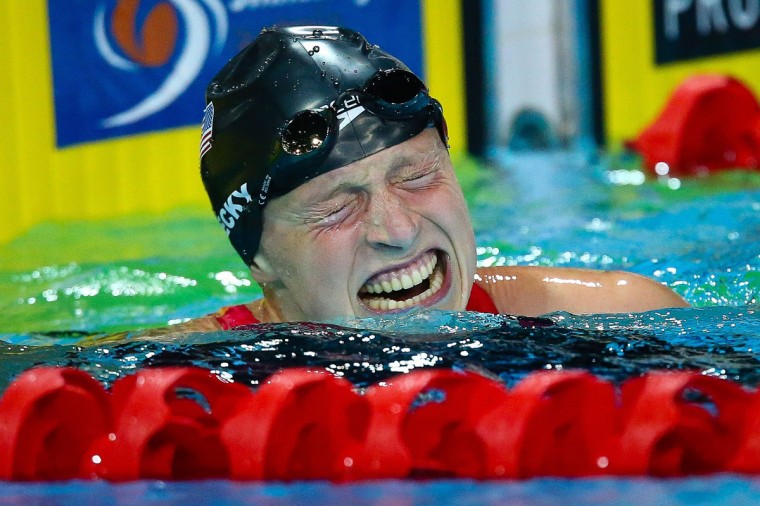 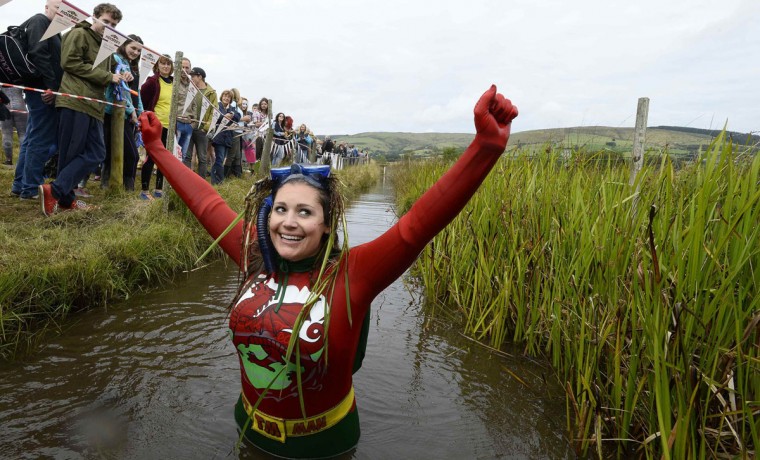 Joanna Parker celebrates finishing in the World Bog Snorkeling Championships at Waen Rhydd bog on the outskirts of LLanwrtyd Wells, Powys, Wales August 24, 2014. The annual event, where competitors swim in a marshy trench with flippers and a snorkel, brings together participants from all over the world, including France, Germany, Australia, New Zealand, the U.S. and Canada. (Rebecca Naden/Reuters) 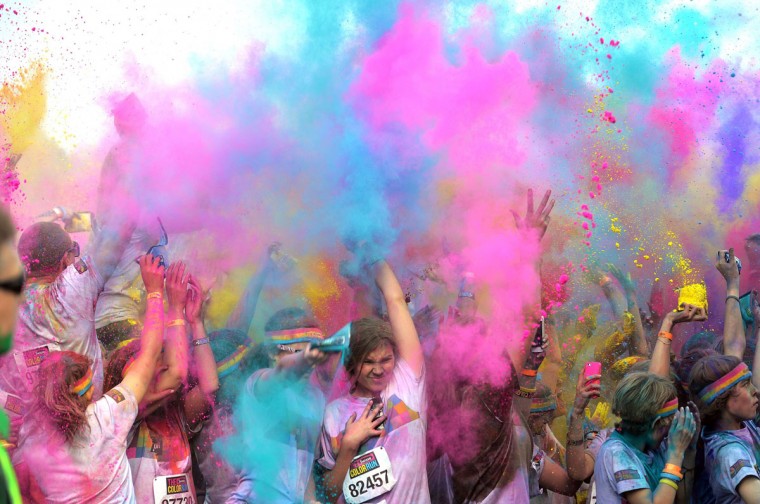 People participate in the annual Color Run in Sydney on August 24, 2014. The Color Run is a 5km fun run which has passed through 30 cities in the US over the past year and has now expanded into the southern hemisphere where as they pass each kilometer marker they are blasted with a different color of harmless paint powder. (Peter Parks/AFP/Getty Images) 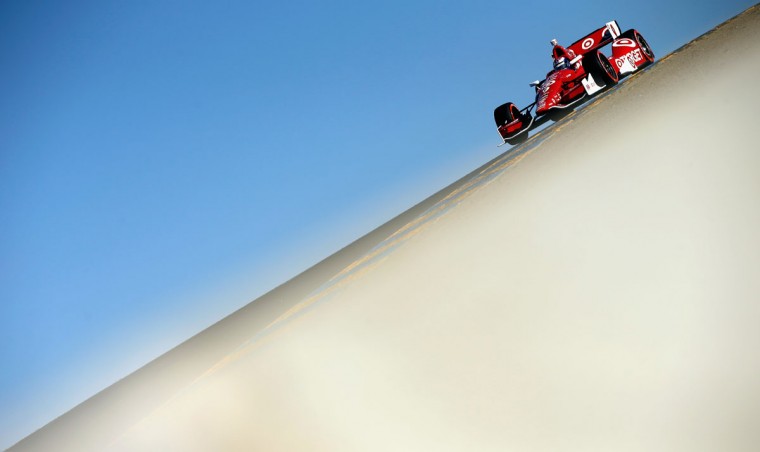 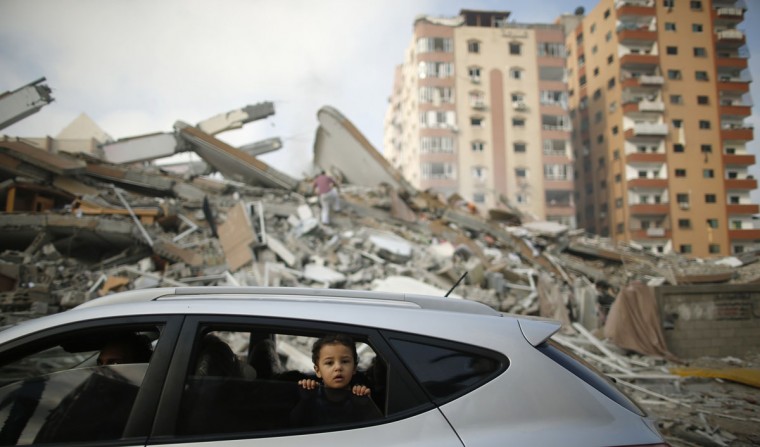 A Palestinian boy looks out a car window driving past the rubble of a residential tower, which witnesses said was destroyed in an Israeli air strike in Gaza City August 24, 2014. Egypt called on Israel and the Palestinians on Saturday to halt hostilities and resume peace talks, but both sides kept up attacks, including the Israeli air strike which destroyed the residential tower block in the centre of Gaza City. (Mohammed Salem/Reuters) 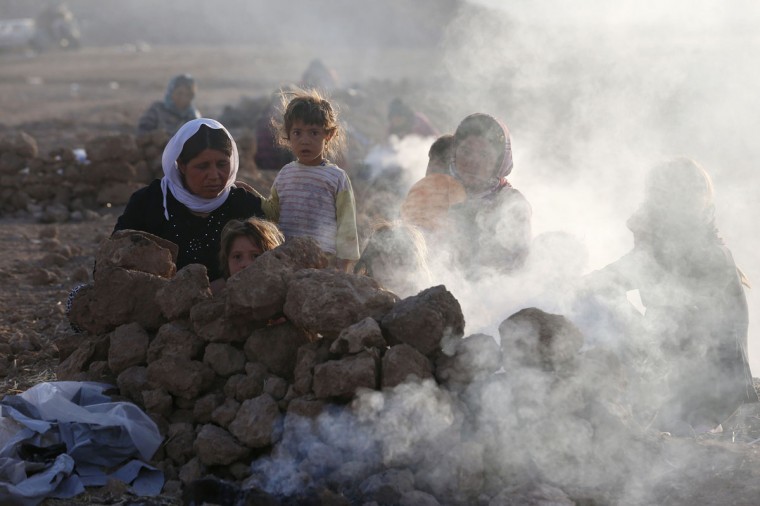 Displaced people from the minority Yazidi sect, who fled violence in the Iraqi town of Sinjar, are seen as they prepare tea for breakfast at Bajed Kadal refugee camp, southwest of Dohuk province, August 23, 2014. (Youssef Boudlal/Reuters) 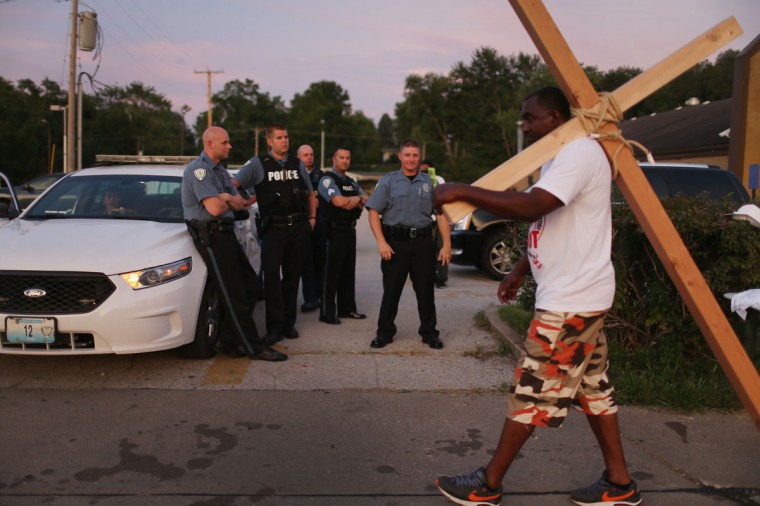 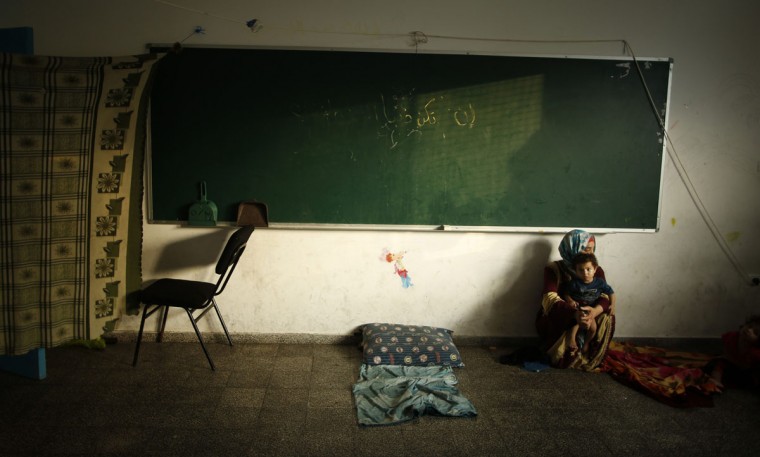 A homeless Palestinian woman holds her son as they stay inside a classroom at a United Nations-run school sheltering displaced Palestinians from the Israeli offensive, in Gaza City August 24, 2014. The Palestinian Ministry of Education said that while 700,000 students in the West Bank will begin the school year on time on Sunday, at least 500,000 students will remain away from classes in the Gaza Strip as the Israeli military offensive on Gaza continues. Israel launched more air strikes on Gaza on Sunday after taking its military campaign to a new level by flattening a 13-story apartment tower following a warning to residents to evacuate. Palestinian militants kept up their cross-border rocket fire in what has become a conflict of attrition that has defied attempts by regional power Egypt to broker a durable truce in fighting now in its seventh week. (Mohammed Salem/Reuters) 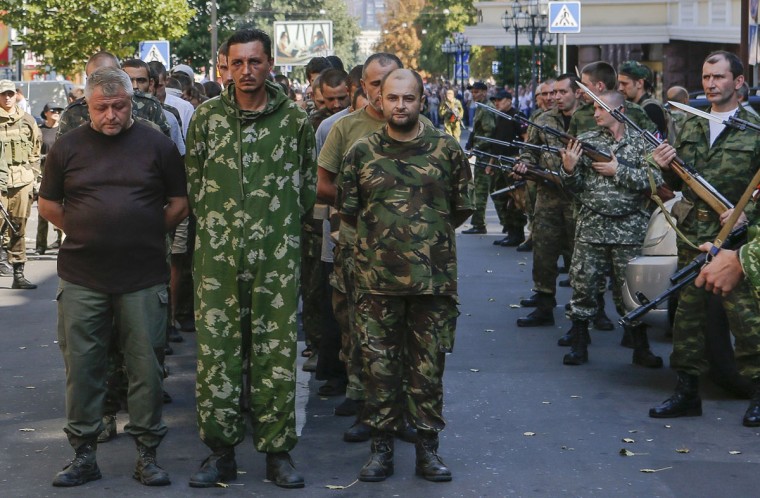 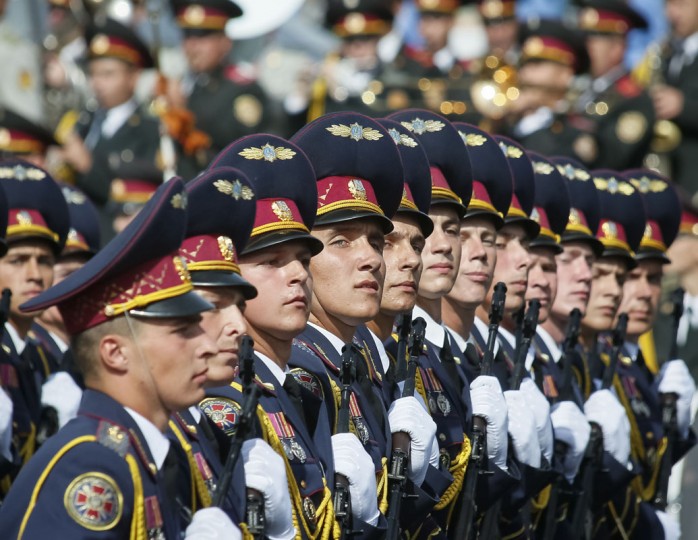 Members of the National Guard march during Ukraine’s Independence Day military parade, in the centre of Kiev August 24, 2014. Armored vehicles and soldiers, some of them hardened in battle, paraded on Kiev’s main square on Sunday to mark Independence Day in a defiant show of the military force Ukraine’s government hopes will defeat pro-Russian separatists in the east. (Gleb Garanich/Reuters) 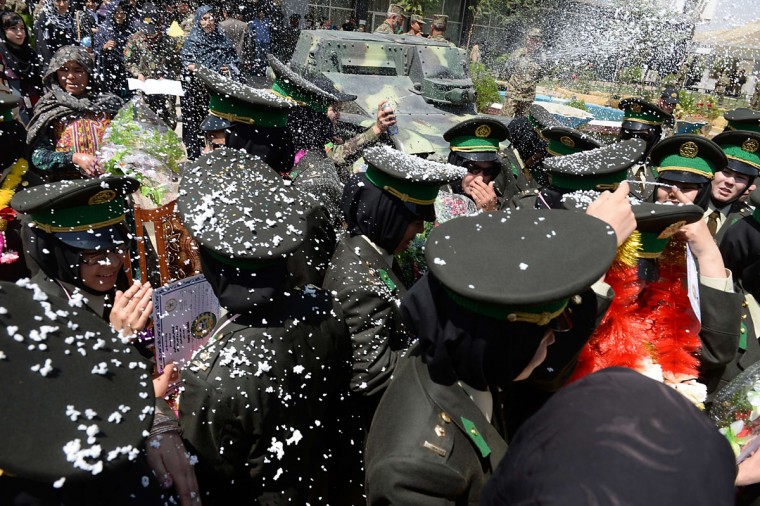 Newly-graduated female Afghan National Army (ANA) officers are showered with confetti foam after a graduation ceremony at the Afghan National Army training centre in Kabul on August 24, 2014. Afghan security forces are due to take over from their Western allies, a US-led NATO force, by the end of 2014 when the foreign troops leave the country. (Shah Marai/AFP/Getty Images) 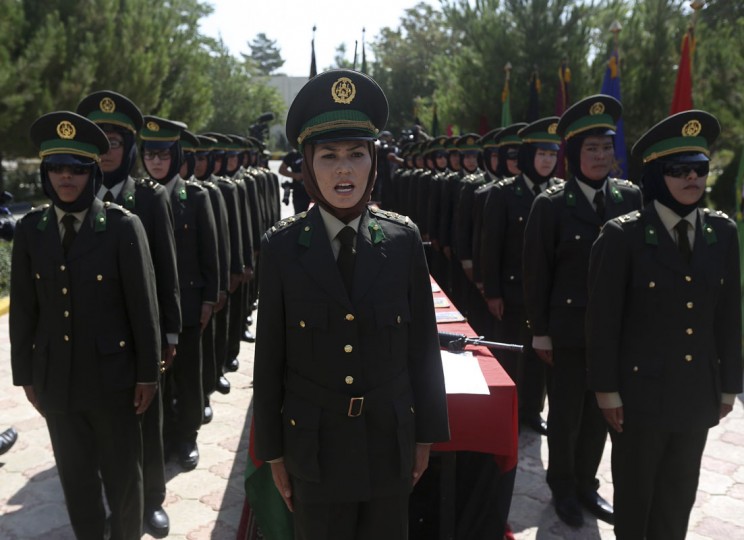 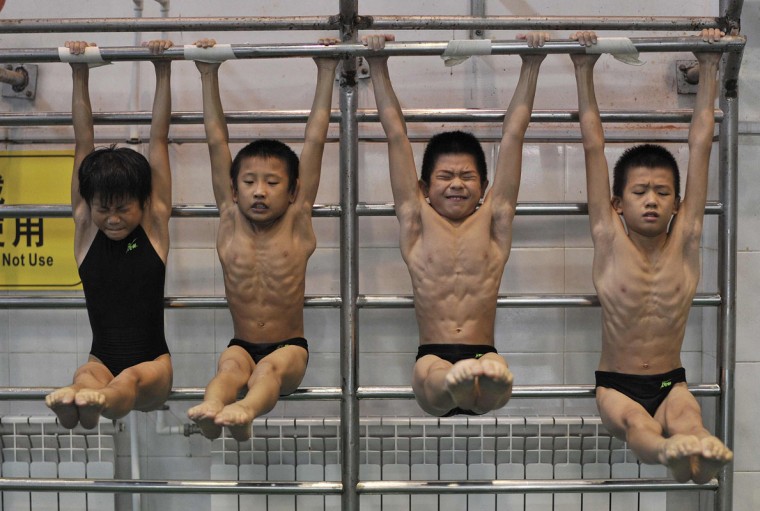 Young divers stretch as they hang from a steel bar during a training session at a sports school in Hefei, Anhui province August 23, 2014. Eleven teenage divers – four girls and seven boys – from the country’s rural areas have been training at this school for over two years to prepare themselves for a provincial competition in the coming days. The competition is considered to be their only chance to be picked by the provincial diving team and a gateway to becoming a professional athlete. Picture taken August 23, 2014. (Reuters) 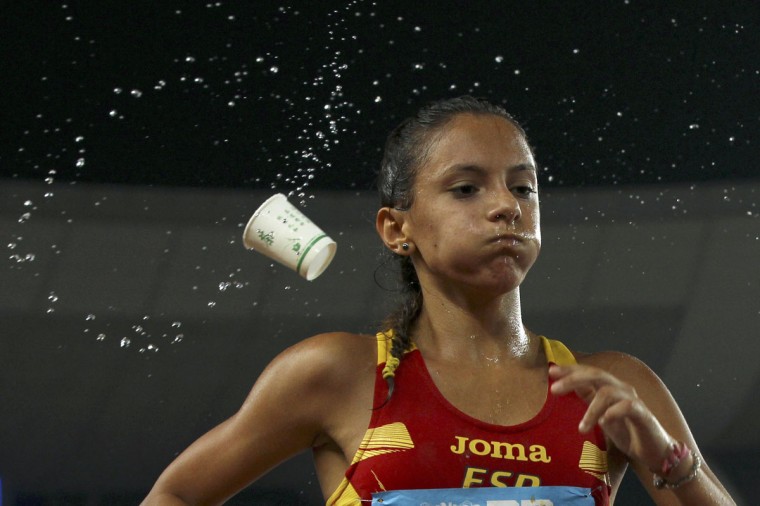 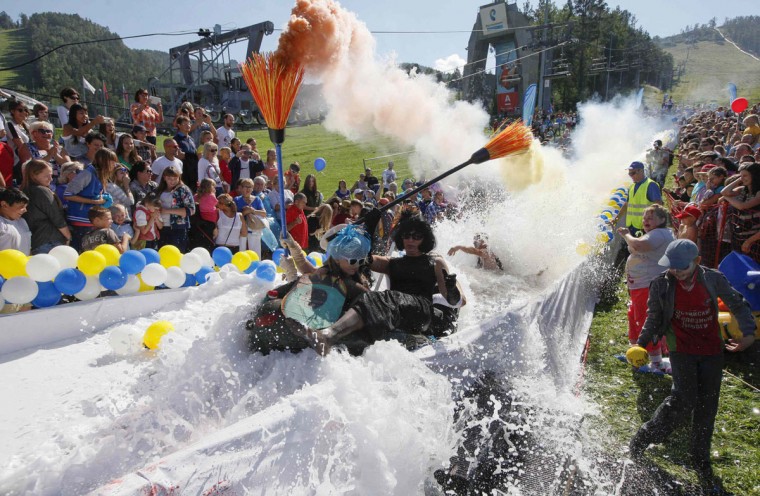 Participants slide down on a chute on a float to cross a 26-meter long pool of water and foam during a competition at the Bobrovy Log Ski Resort near the Siberian city of Krasnoyarsk August 24, 2014. The annual competition marks the end of the short summer season at the Siberian resort. (Ilya Naymushin/Reuters) 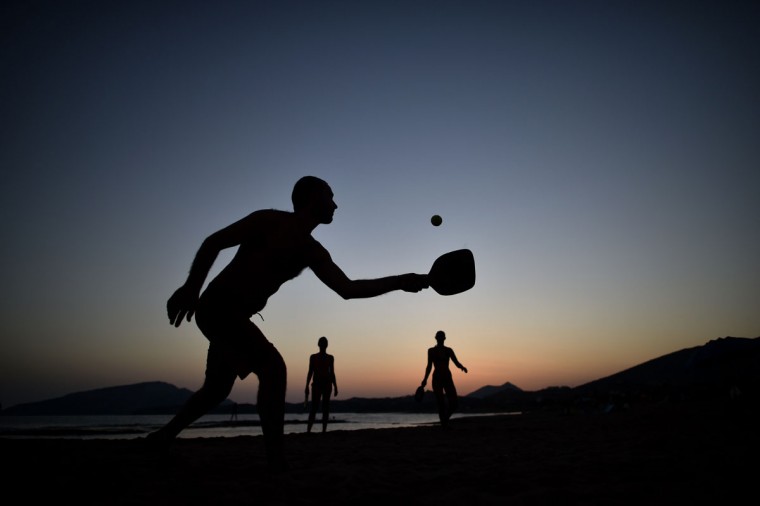 People play ping at the beach of Legrena, some 60 kilometers south of Athens in August 23, 2014. (Aris Messins/AFP/Getty Images) 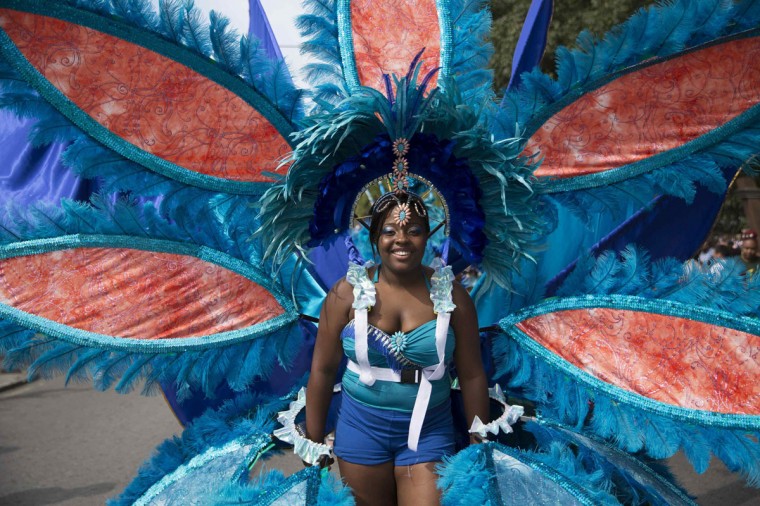 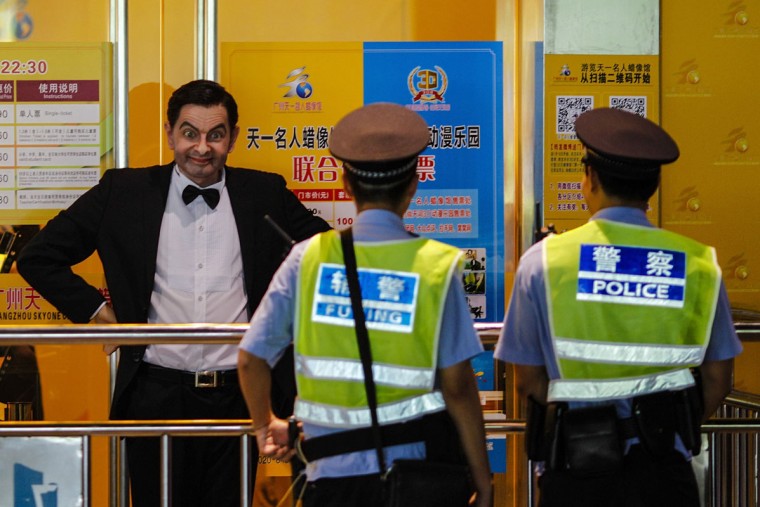 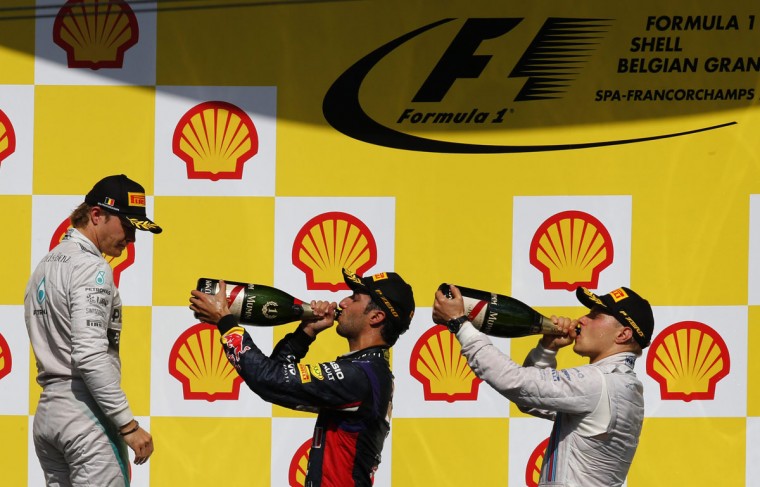