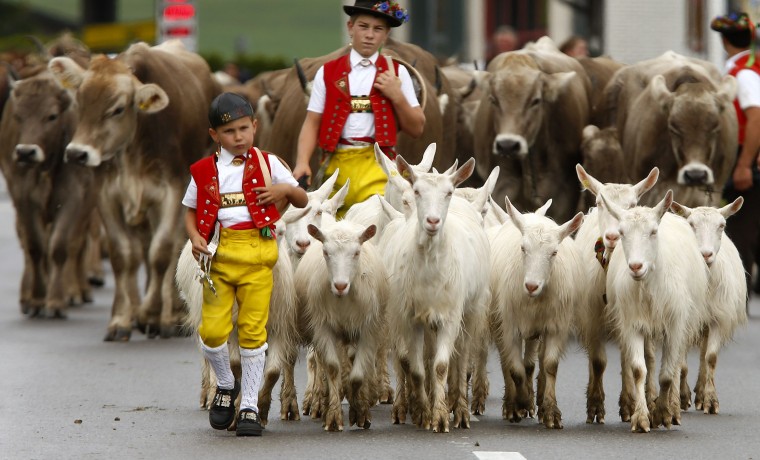 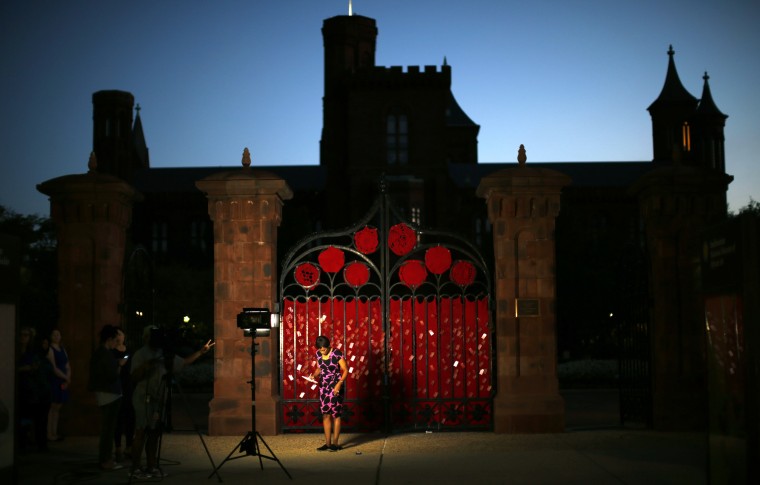 A television crew reports on the “yarn-bombed” Renwick Gate at the Smithsonian Castle in Washington August 29. The gate was swathed under layers and webs of yarn, to promote the new Sackler Gallery exhibition, “Perspectives: Chiharu Shiota.” || PHOTO CREDIT: KEVIN LAMARQUE – REUTERS 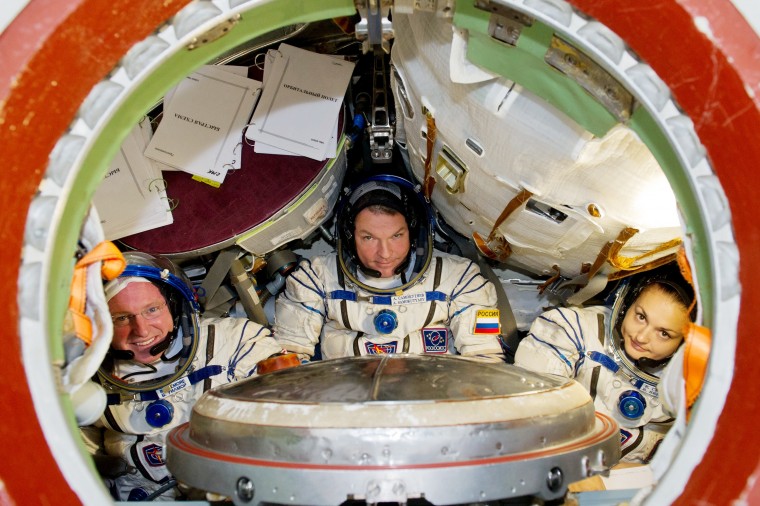 Members of the International space crew, US astronaut Barry Wilmore (L) and Russia’s cosmonauts Alexandr Samokutyaev (C) and Elena Serova attend a training session at the Gagarin Cosmonauts’ Training Centre in Star City, outside Moscow on August 29. The crew is to take off from Russian-leased Kazakh Baikonur cosmodrome to the ISS on September 26. || AFP PHOTO/STRINGERSTRINGER/AFP/Getty Images 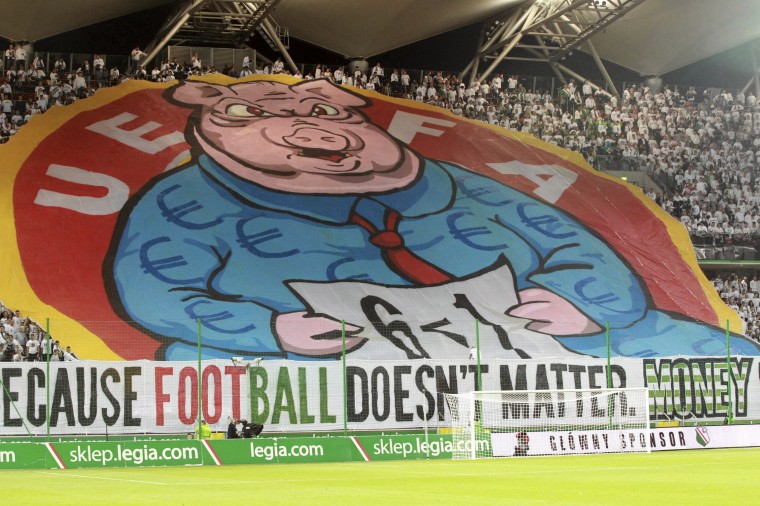 Legia Warsaw fans display a giant banner of a pig, referencing the Union of European Football Associations (UEFA), after the Polish soccer club was ejected from the Champions League, during their Europa League playoff soccer match against Kazakhstan’s Aktobe in Warsaw August 28. Legia beat Celtic 6-1 on aggregate in their third qualifying-round tie, but they failed to take their place in the playoff round after UEFA ruled they had fielded an ineligible player. The Court of Arbitration for Sport (CAS) last week turned down Legia’s request for provisional measures which would have allowed them to play in the Champions League playoff round pending an appeal. || PHOTO CREDIT: PRZEMEK WIERZCHOWSKI/AGENCJA GAZETA – REUTERS 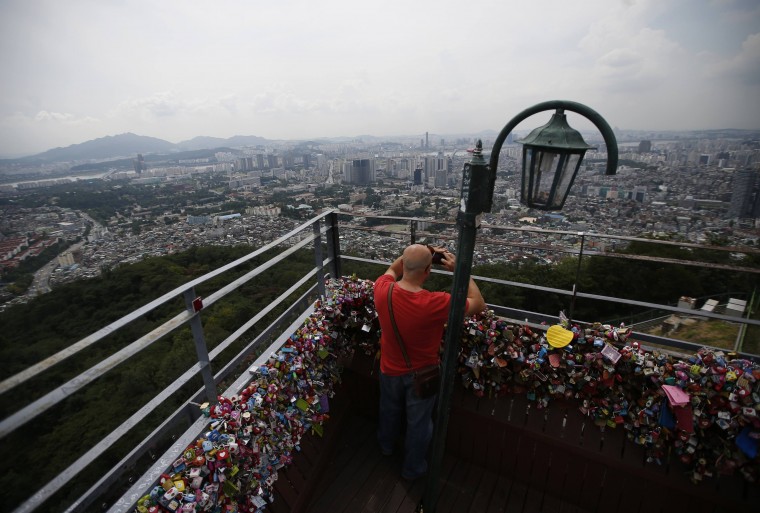 A man takes photographs in front of a fence covered with “love locks” on the roof terrace of N Seoul Tower located atop Mt. Namsan in central Seoul August 29. The terrace has become famous for padlocks left by couples to symbolise their affection. || PHOTO CREDIT: KIM HONG-JI – REUTERS 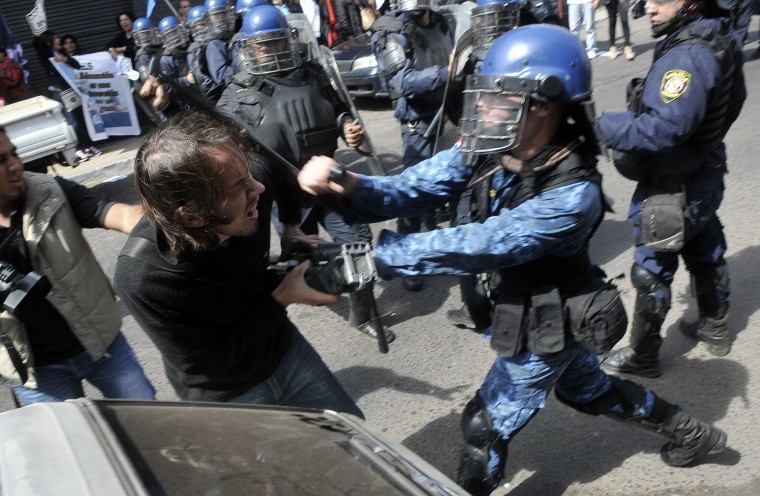 Public school teachers are met by armor-clad police during a march held as part of a national strike by the teachers in Asuncion, August 28. The teachers went on strike after their demands for better wages and greater government investment in education were not met during negotiations with Education and Labour Ministries authorities, according to local media sources. || PHOTO CREDIT: COURTESY OF ULTIMA HORA – REUTERS 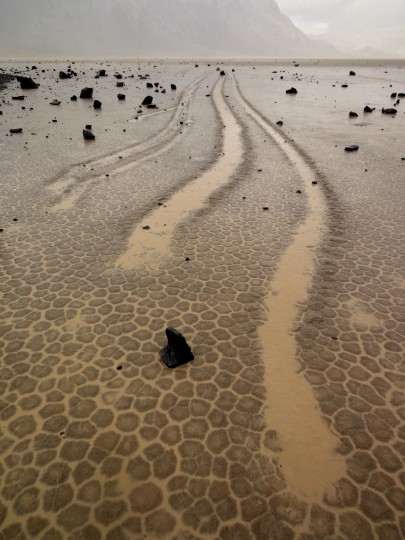 Trails left by rocks are seen in a shallow lake in Death Valley’s Racetrack Playa in this undated handout photo provided by the Scripps Institution of Oceanography. A solution to the longstanding mystery of why rocks move erratically across an isolated patch of California’s Death Valley finally emerged on August 28, when researchers published a study showing the driving force was sheets of wind-driven ice. || PHOTO CREDIT: SCRIPPS INSTITUTION OF OCEANOGRAPHY, UNIVERSITY OF CALIFORNIA, SAN DIEGO/HANDOUT VIA REUTERS – REUTERS 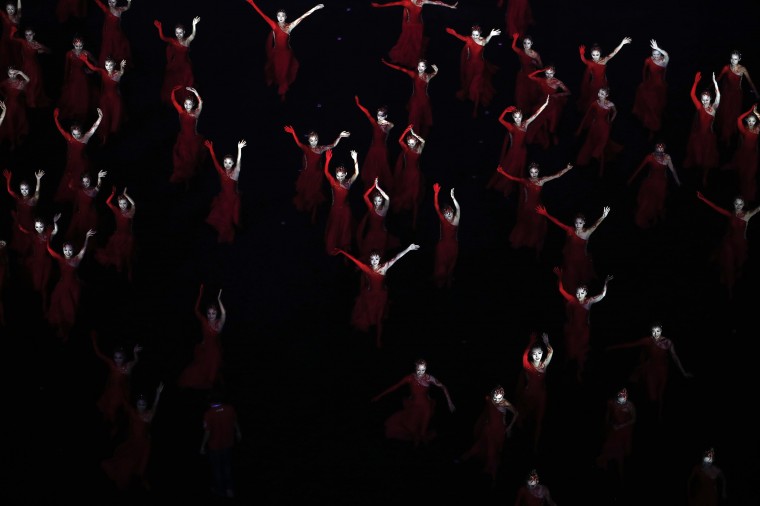 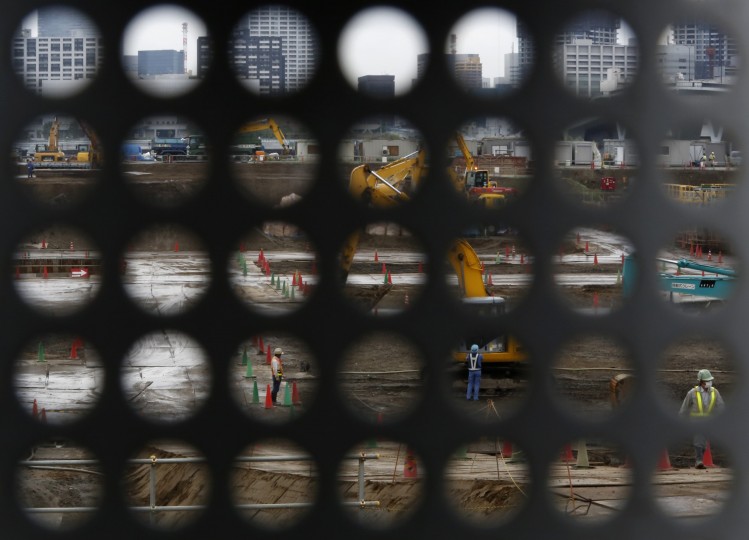 Workers standing next to a crane are seen through the holes of a fence at a construction site in Tokyo August 28. Japanese industrial output rose 0.2 percent in July, less than expected, after suffering the biggest drop since the March 2011 earthquake in the previous month, data released by the trade ministry showed on Friday. || PHOTO CREDIT: YUYA SHINO – REUTERS 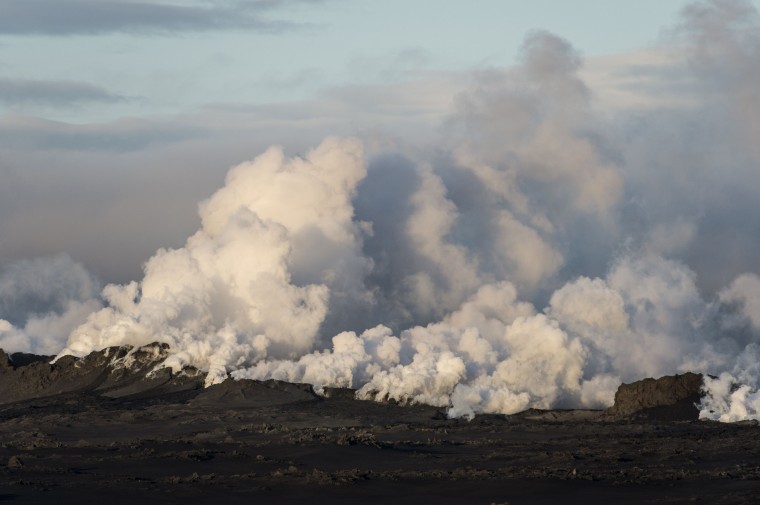 Clouds cover a 1-km-long fissure in a lava field north of the Vatnajokull glacier, which covers part of Bardarbunga volcano system, August 29. The eruption is at the tip of a magma dyke around 40 km from the main Bardarbunga crater and activity subsided to relatively low levels after peaking between 0020 and 0200 GMT, Iceland Met Office seismologist Martin Hensch said. Iceland’s Meteorological Office on Friday downgraded its volcano alert level to orange from red and said a small eruption that started during the night is not a threat to aviation. || PHOTO CREDIT: MARCO NESCHER – REUTERS 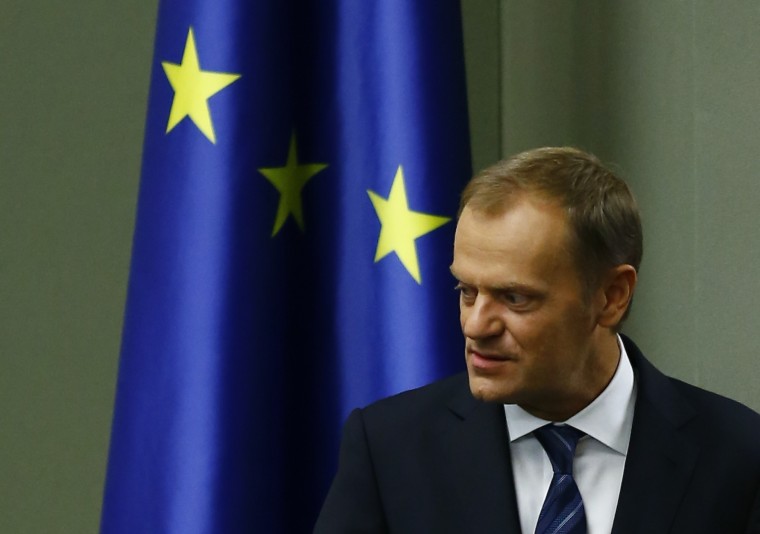 Poland’s Prime Minister Donald Tusk attends a parliamentary meeting in Warsaw August 29. Tusk is seriously considering a proposal that he takes the post of president of the European Council, a Warsaw government spokeswoman said on Thursday, linking his decision to the crisis in neighbouring Ukraine. || PHOTO CREDIT: KACPER PEMPEL – REUTERS 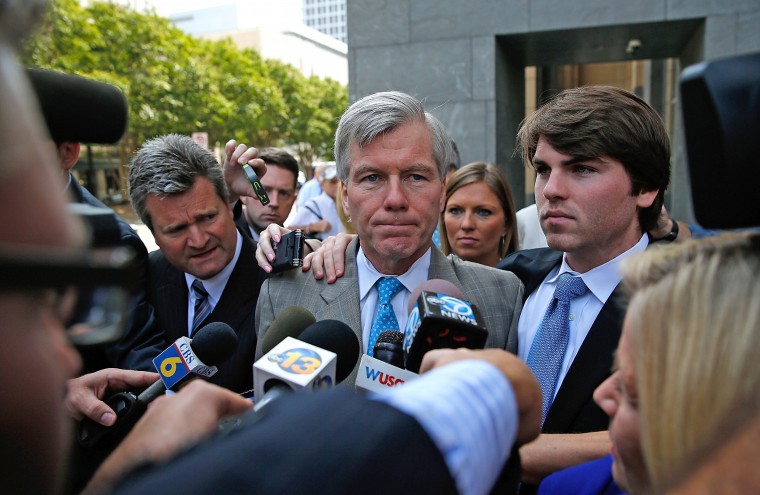 Former Virginia Governor Bob McDonnell (C) leaves his trial at U.S. District Court with his son Bobby (R) August 28 in Richmond, Virginia. McDonnell and his wife Maureen are on trial for accepting gifts, vacations and loans from a Virginia businessman in exchange for helping his company, Star Scientific. || (Photo by Win McNamee/Getty Images) 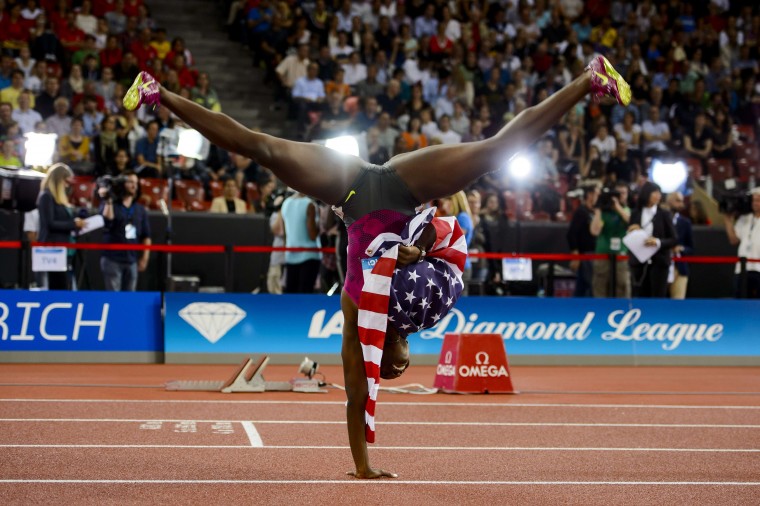 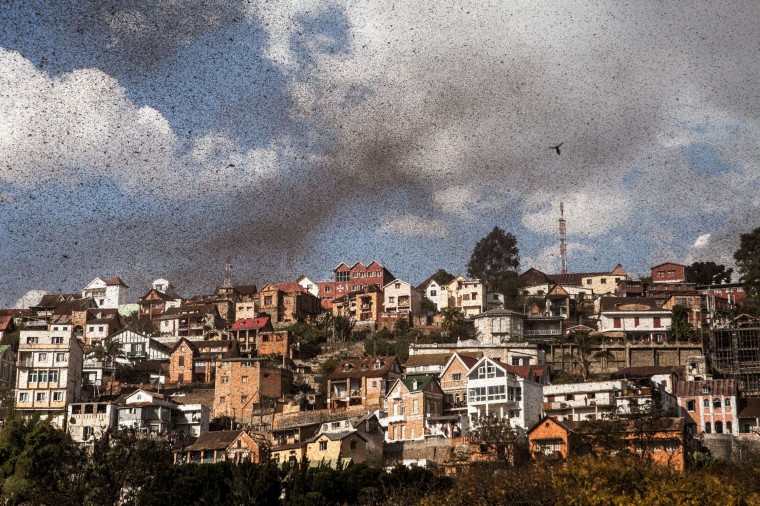 A swarm of locusts invades the center of Mdagascar capitol Antananarivo on August 28. || AFP PHOTO/RIJASOLORIJASOLO/AFP/Getty Images