Today in pictures around the world. 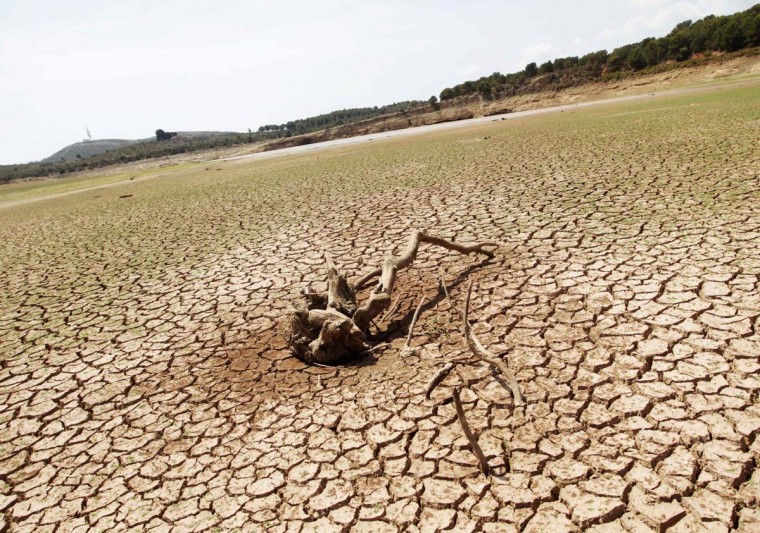 The remains of a tree lie over cracked ground at the almost dried out Maria Cristina reservoir near Castellon, July 25. Spain’s south-east is suffering the worst drought after the driest winter in 150 years, according to local media. || PHOTO CREDIT: HEINO KALIS – REUTERS 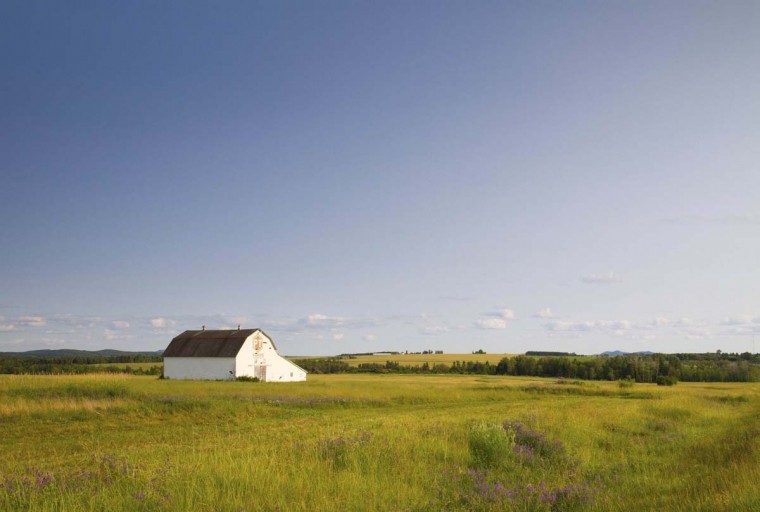 The pastoral countryside of Aroostook County, Maine, near Caribou July 18. Citing amenities such as an airport and recreation center as evidence of excessive spending by the city government, a group of Caribou residents have started a movement to secede from the northeastern most U.S. City and undo a municipal merger which took place in the 19th century. || PHOTO CREDIT: DAVE SHERWOOD – REUTERS 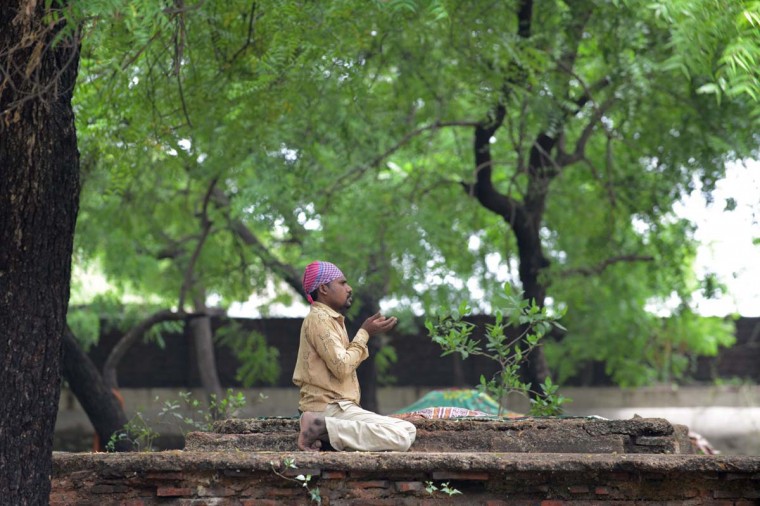 An Indian Muslim prays during Jummat-ul-Vida, the last congregational Friday prayers in the holy month of Ramadan, at the ancient Shah-E-Alam Masjid in Ahmedabad on July 25. Muslim devotees took part in the last Friday prayers ahead of the Eid al-Fitr festival marking the end of the fasting month of Ramadan, which is dependent on the sighting of the moon. || CREDIT: SAM PANTHAKY – AFP/GETTY IMAGES 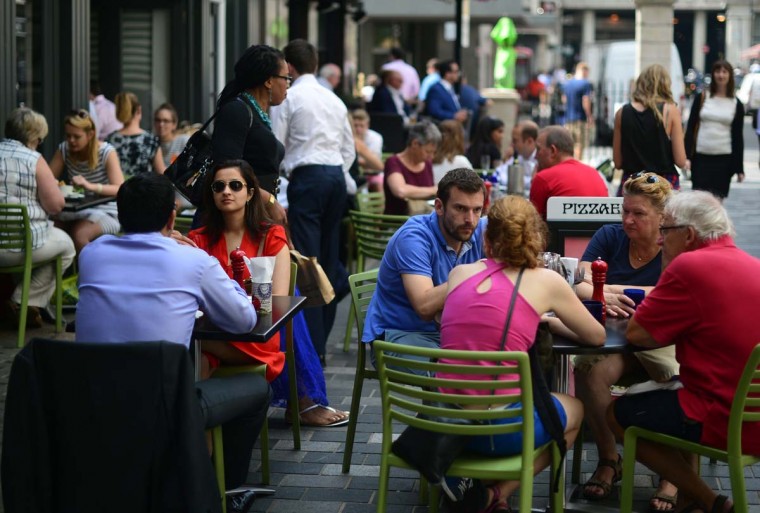 People dine at a restaurant in central London, on July 25. Britain’s economy grew strongly in the second quarter, overtaking the size it achieved before the global financial crisis, data showed on Friday in the latest sign of robust recovery. || CREDIT: CARL COURT – AFP/GETTY IMAGES 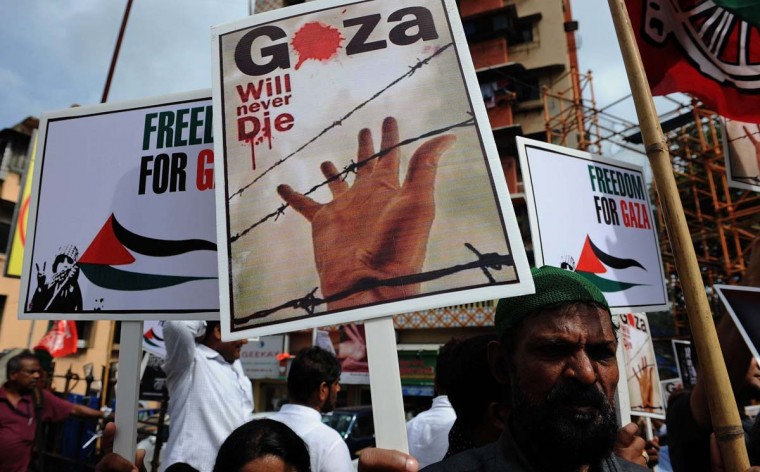 Indian protestors hold up placards during an anti-Israel protest in Mumbai on July 25. Thousands of protesters from London to India rallied to voice their support for Palestinians as world pressure built up for a ceasefire in Gaza. The 18-day conflict between Israeli forces and the Islamist militant movement that controls the Gaza Strip has killed more than 845 people, most of them Palestinian civilians. || CREDIT: INDRANIL MUKHERJEE – AFP/GETTY IMAGES 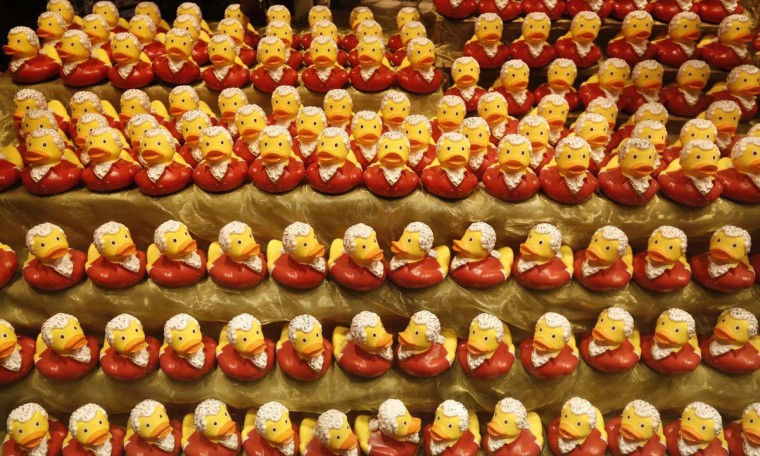 Mozart ducks are pictured in a shop in the city of Salzburg July 23. The Salzburg Festival, one of the biggest cultural festivals worldwide, will take place from July 27 to August 31, 2014. More than 270 performances in the genres of opera, drama and concert are scheduled at 16 performance venues in Salzburg during the festival. REUTERS || Leonhard Foeger 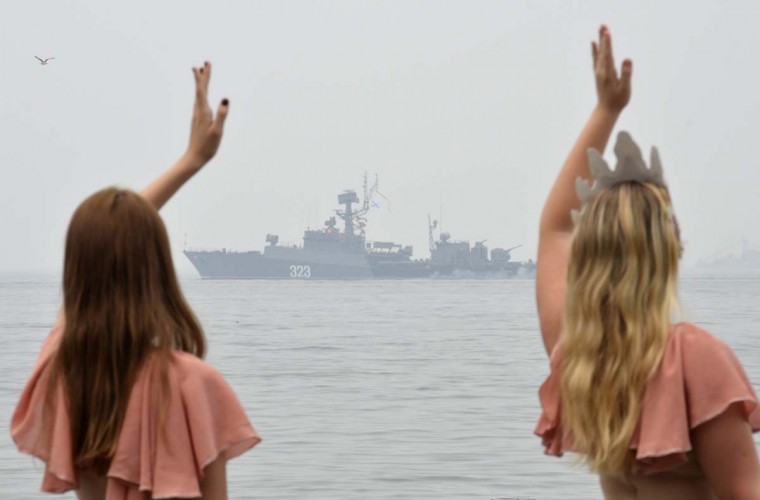 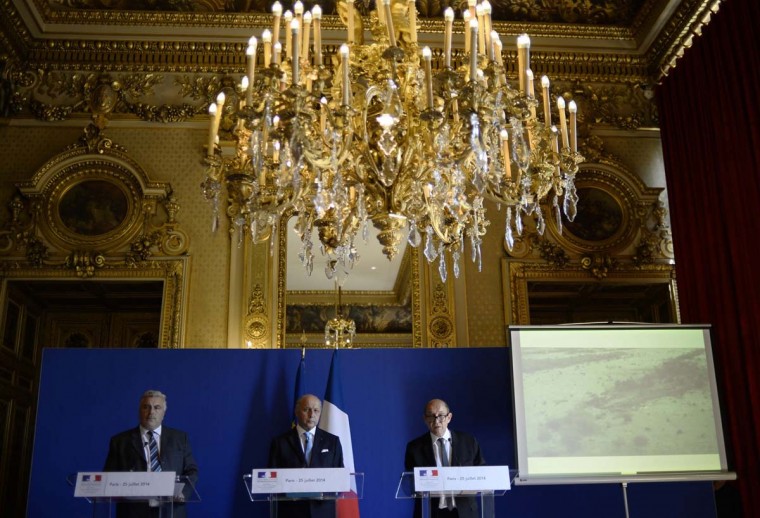 French junior minister for Transport, Maritime Economy and Fishery, Frederic Cuvillier, French Foreign Affairs minister Laurent Fabius, and French Defence minister Jean-Yves Le Drian deliver a press conference at the Elysee Palace on June 25 with behind them an image released by ECPAD showing the crash site of the Air Algerie flight AH5017 in Mali’s Gossi region, west of Gao. The first images of the Air Algerie crash site in Mali emerged on July 25, showing a stark terrain littered with bits of a plane that appears to have been pulverised on impact. France announced there were no survivors among the 118 people on board the Air Algerie flight that crashed over Mali yesterday, saying bad weather was the likely cause of the disaster. || CREDIT: STEPHANE DE SAKUTIN – AFP/GETTY IMAGES 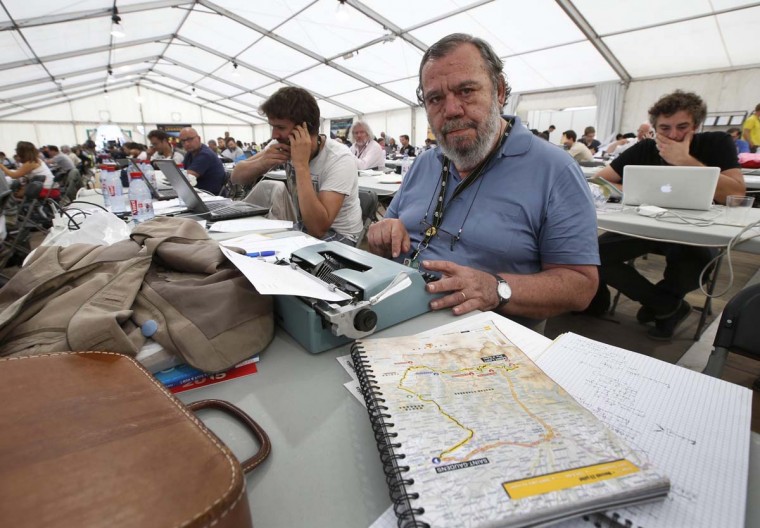 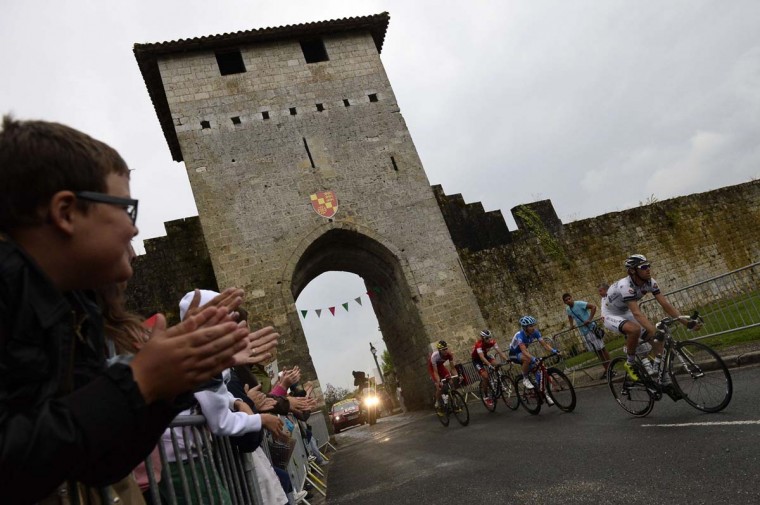 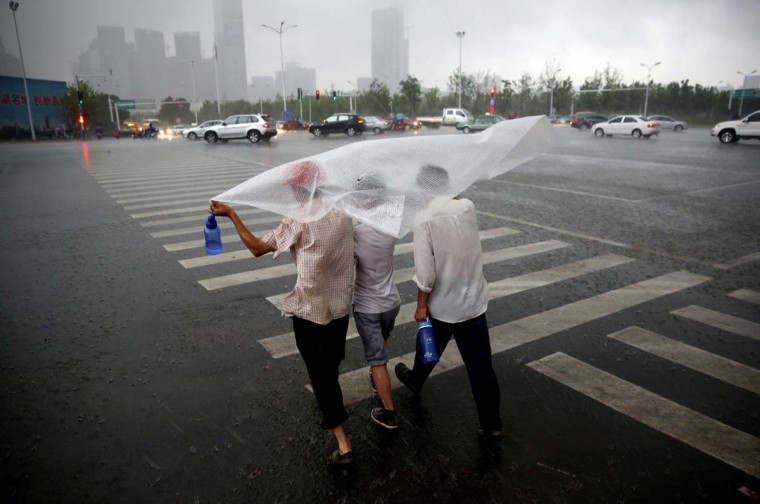 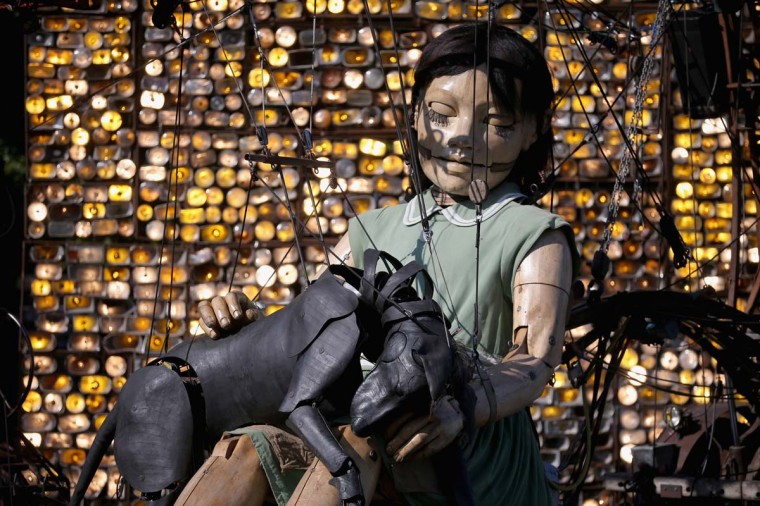 The Litte Giant Girl and her pet Xolo, the Giant Dog, some of the giant Royal De Luxe street puppets taking part in Liverpool’s World War I centenary commemorations, start their walk through the streets of Liverpool on July 25 in Liverpool, England. French street theatre company Royal de Luxe are putting on a show throughout the city as part of Liverpool’s World War I centenary commemorations from July 23-27. The giant puppet grandmother has slept in the hall for two days as part of ‘Memories of August 1914’. As the giants tour the city the Little Girl Giant and her dog Xolo will meet up with the giant Grandmother telling the story of life leading up to World War One. (Photo by Christopher Furlong/Getty Images) ORG XMIT: 503360235 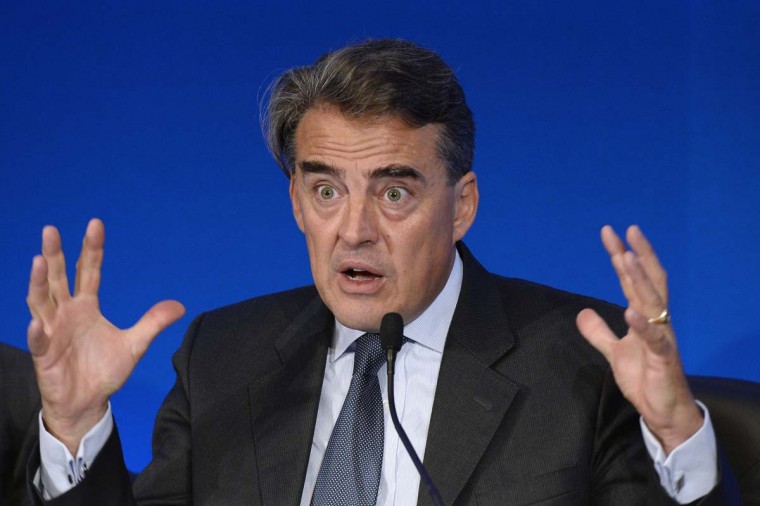 CEO of airline group Air France-KLM Alexandre de Juniac speaks during the presentation of Air France-KLM’s earnings on July 25 in Paris. Air France-KLM is climbing well away from financial crisis, the airline group said on July 25, releasing results that show a cut in losses and sharp rise in operating profits. The speed of the turnaround surprised analysts, and shares in the airline, the second-biggest in Europe after German Lufthansa, surged. || CREDIT: BERTRAND GUAY – AFP/GETTY IMAGES 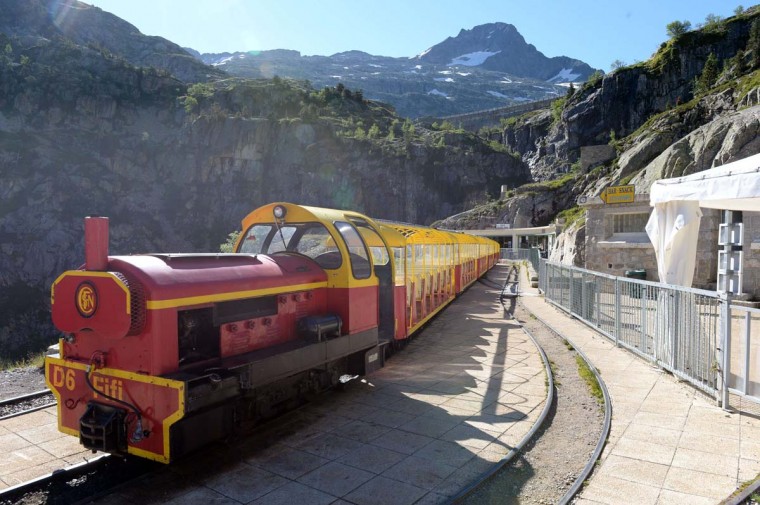 A picture taken on July 23, 2014 shows the little train of Artouste in the Pyrenees-Atlantiques, southwestern France. The train, which celebrates its 80th anniversary, snakes up along the 2,000-meter-high mountain range across the national park, making it Europe’s highest railway operational train. || CREDIT: MEHDI FEDOUACH – AFP/GETTY IMAGES 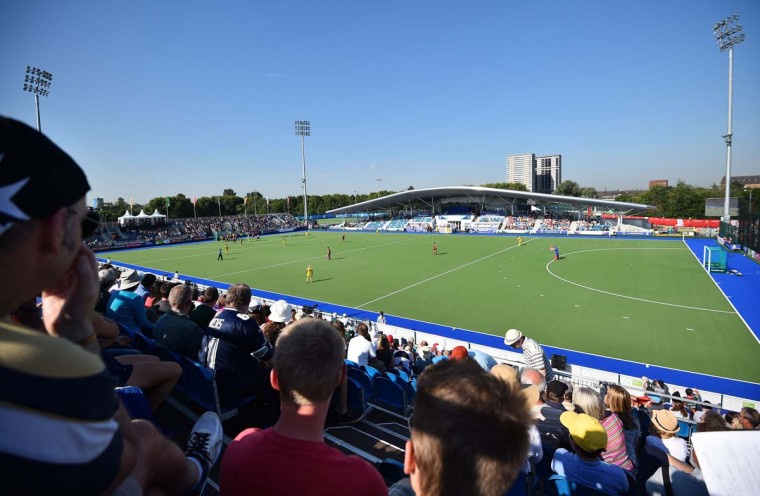 A general view shows the pitch during a men’s field hockey match between India and Wales at the Glasgow National Hockey Centre at the 2014 Commonwealth Games in Glasgow, Scotland on July 25. Scots are scheduled to vote on a breakaway from the UK in September. || CREDIT: BEN STANSALL – AFP/GETTY IMAGES